Up for a story comic update? Let me share What's Going On In The Phantom (Sundays)? What was The Phantom doing at Trafalgar? March - June 2020 in short.

And with that done, here's the close of Halloweekends 2018 and the end of Cedar Point's season that year. 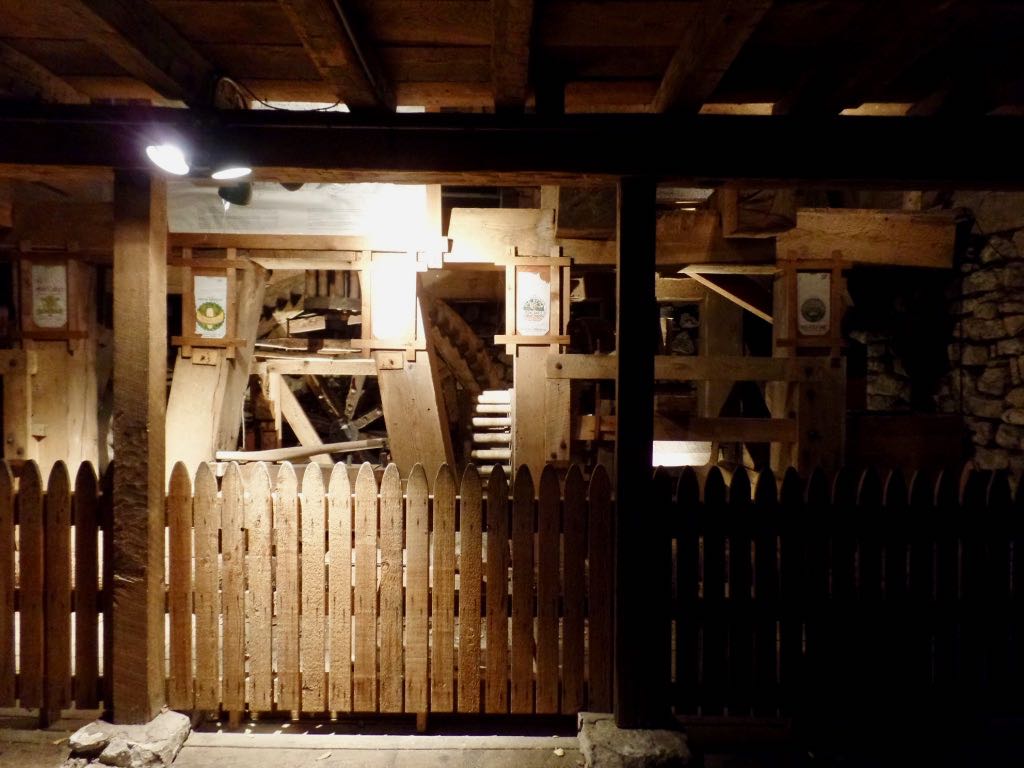 A broader view of the grist mill's working parts. It's kind of under-explained, really. 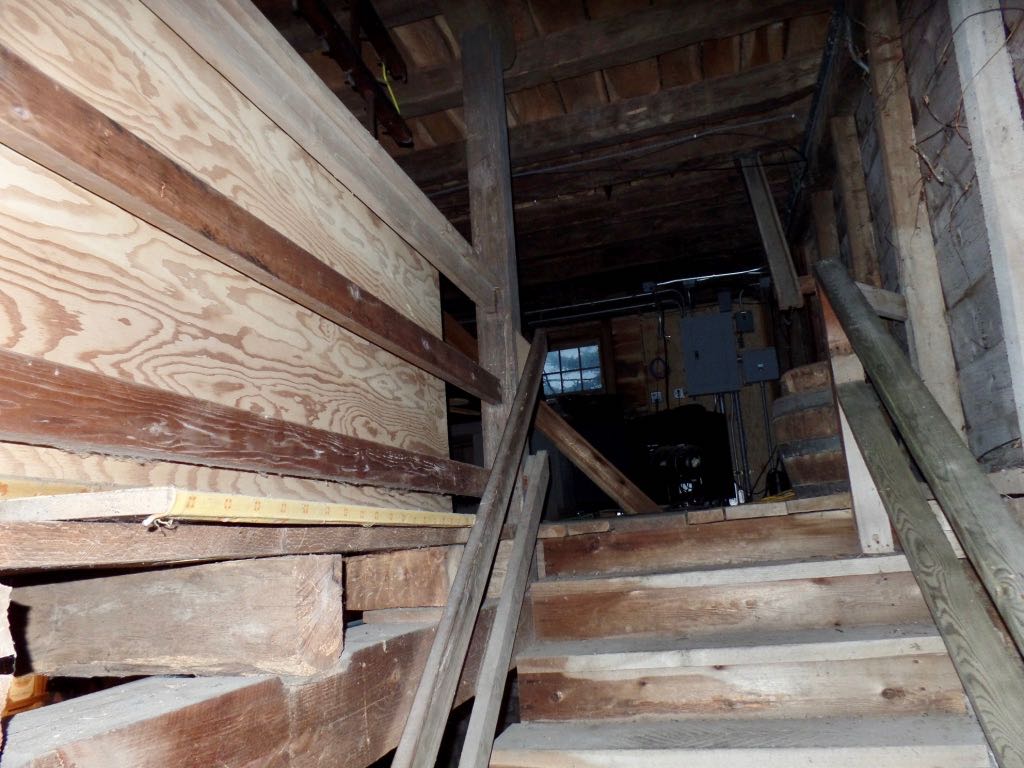 There is a second floor and they'd rather we did not go up into it . 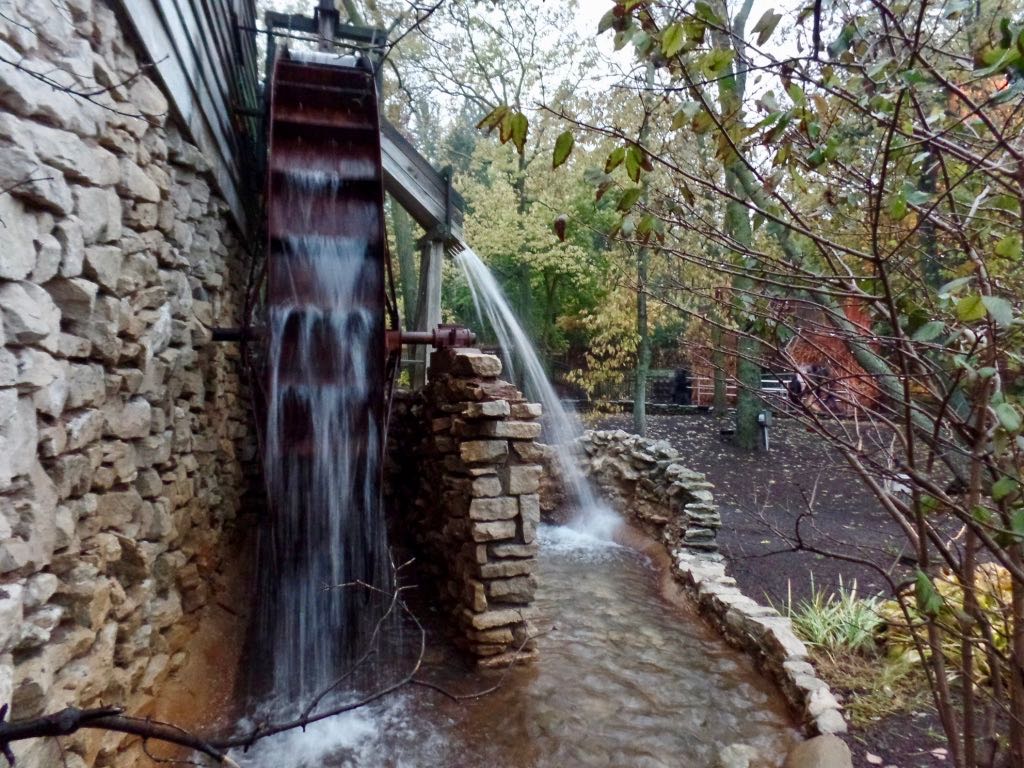 The mill's driven by a waterfall, and so here's the waterfall. I trust that in the mill's original location it was not water specifically pumped up to put on a show. 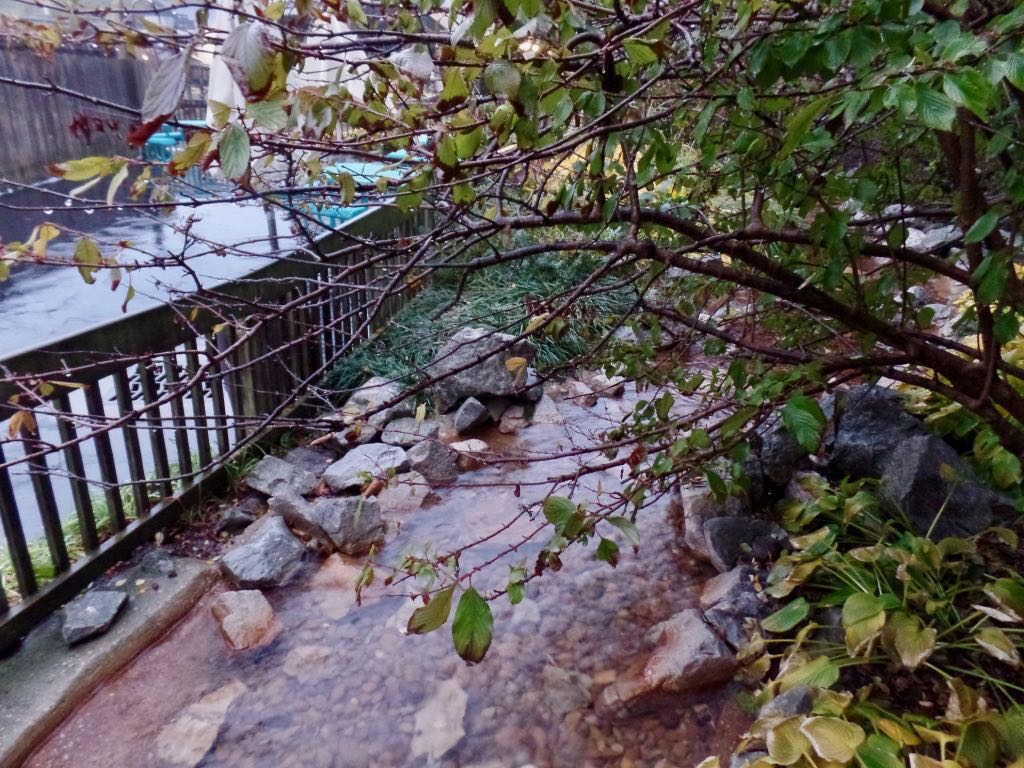 Small river running beside the grist mill and, past that, runoff water for Snake River falls, the shoot-the-chutes ride. 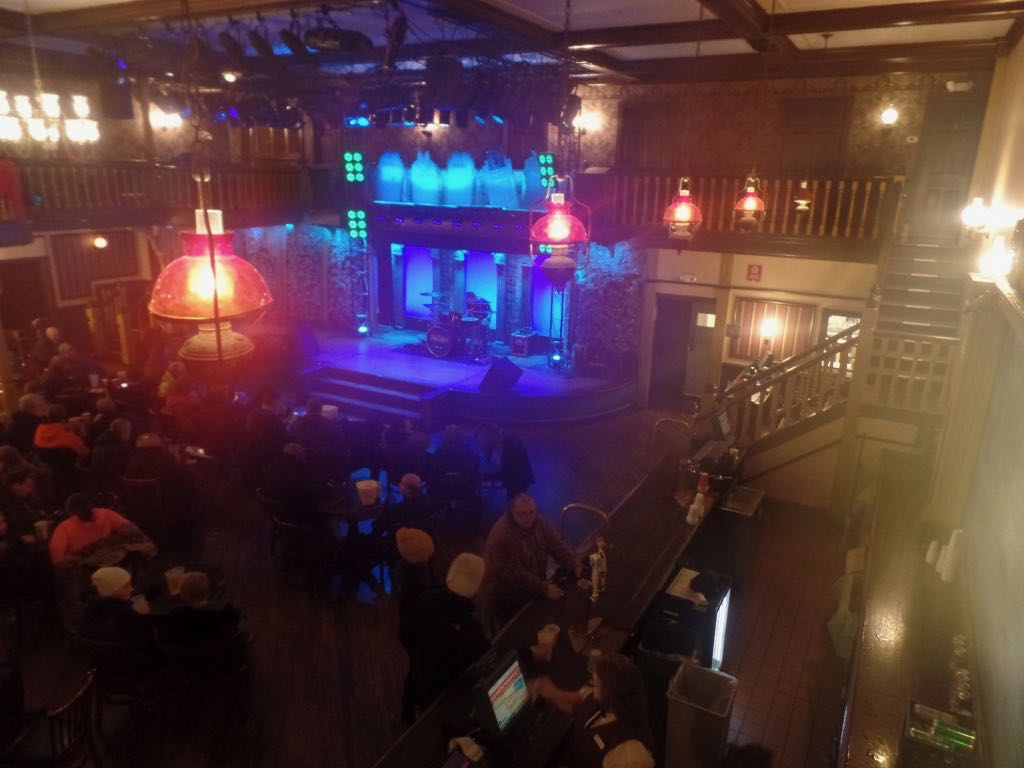 Going into ... I'm going to guess the Red Garter Saloon, for an 80s rock concert and the chance to not be quite so wet for a while. 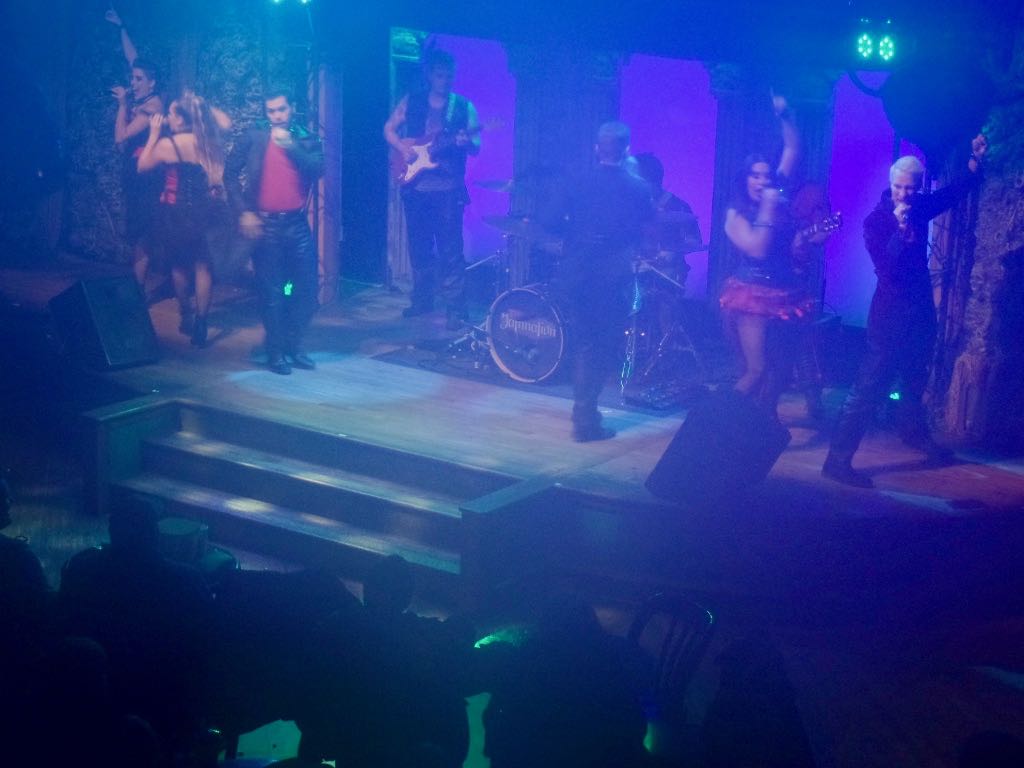 The show was not this foggy. It's just between the cold, the damp, and going inside my camera fogged up. 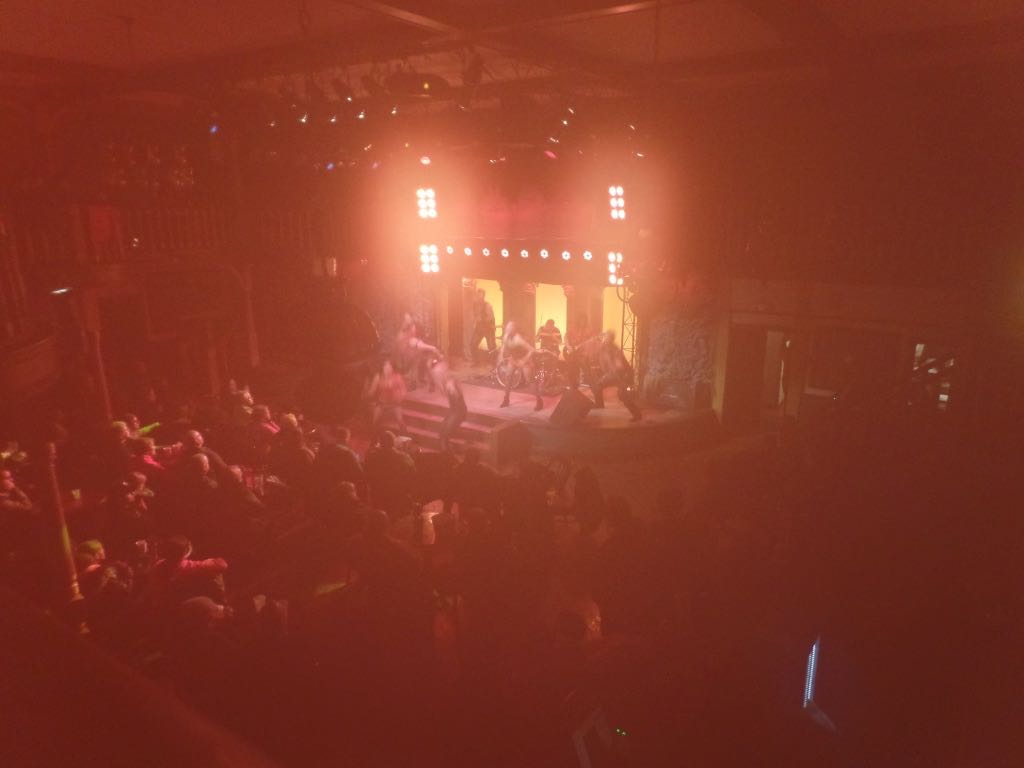 So this is not a picture that shows what it looked like to me, but dang if that isn't some great lighting effects, especially the individuals in the audience. 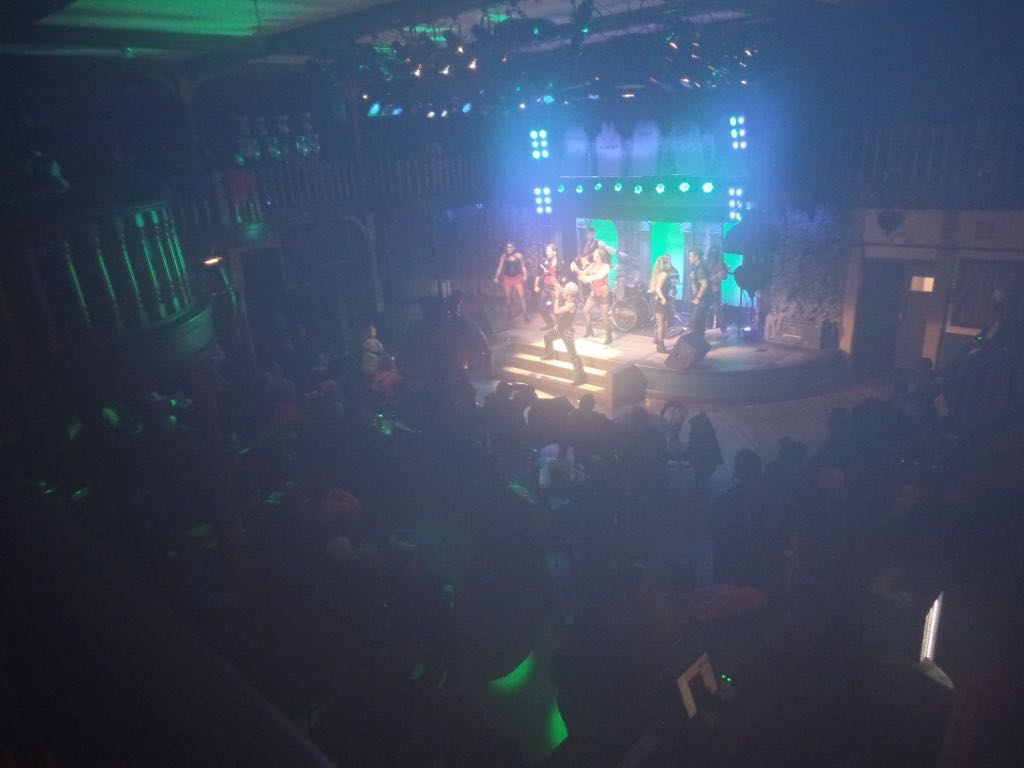 Coming near the end of the show here. 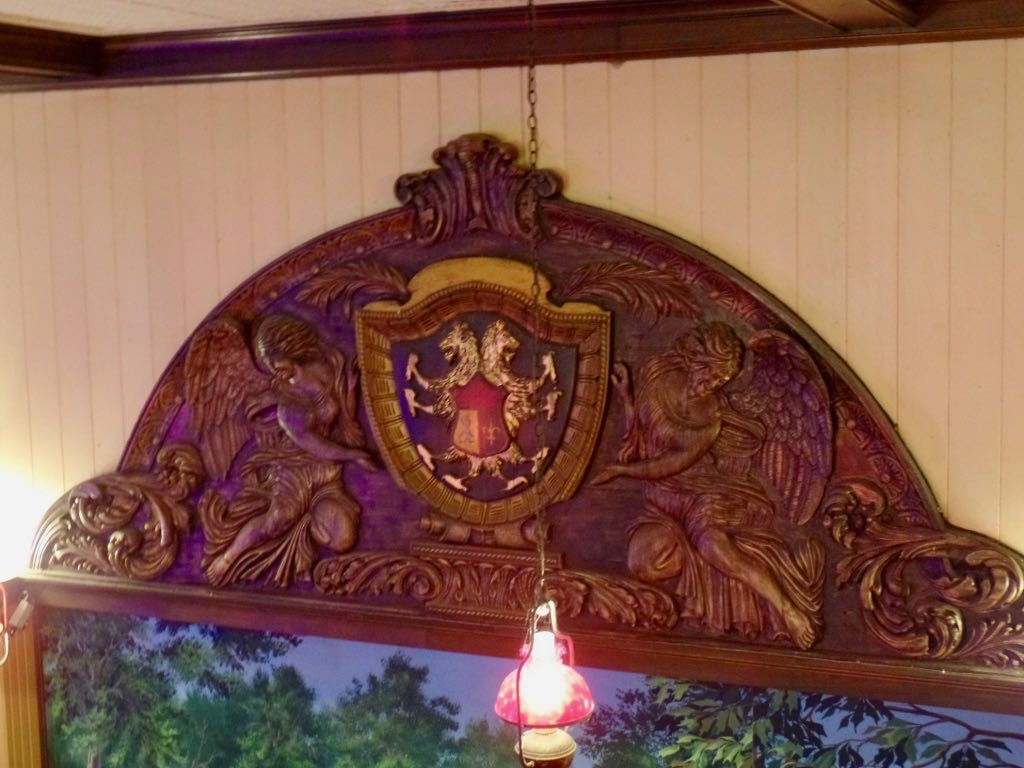 Decoration above the mirror at ... the Red Garter? ... that's so ornate that I wonder if it's a replica --- or maybe even original --- of something from a noteworthy exposition or something. 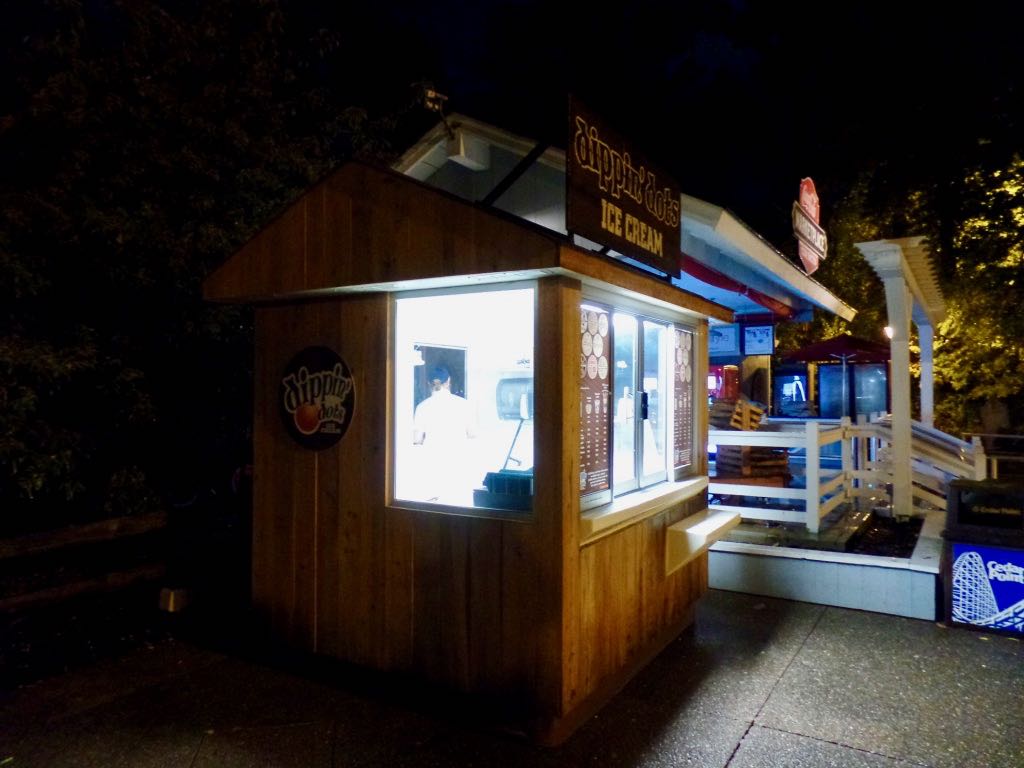 Dippin Dots stand soldiering on even though it's like 7 pm, the last Sunday in October, and it's like 12 degrees out and windy. Pausing on the railroad tracks, near the back of the park; there's a bunch of animatronic-style props and scenes in the distance. 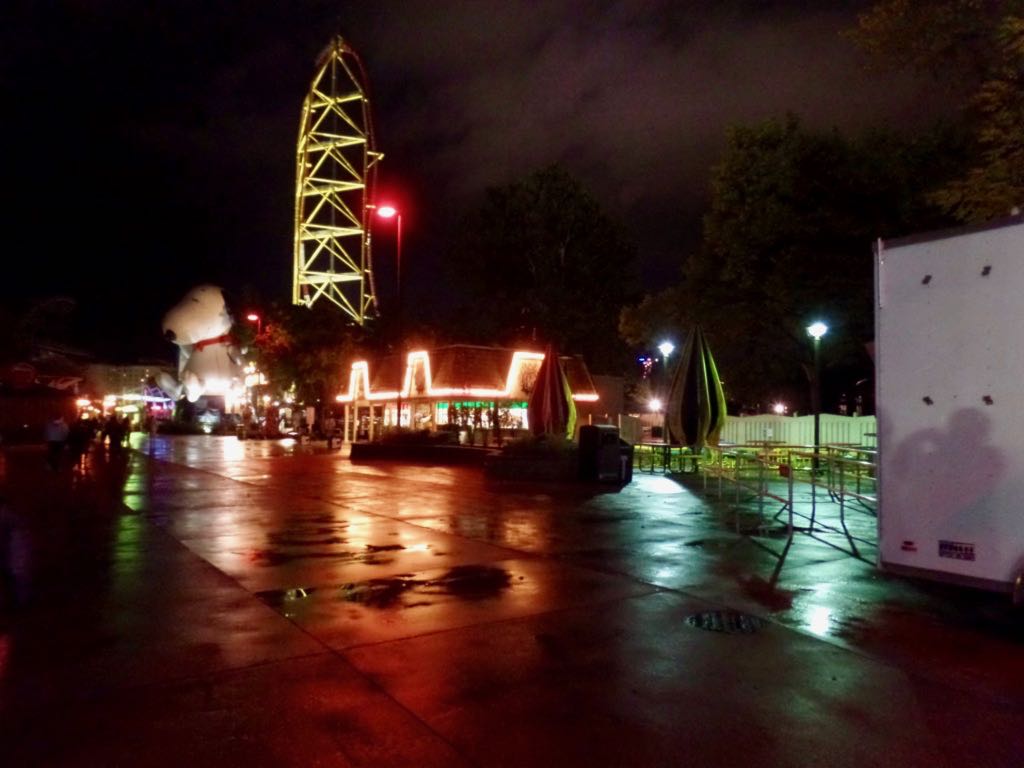 View of the Gemini midway in the rain-slicked night, after the close of the park. The building is the Happy Friar and one of the places to get cheese on a stick. 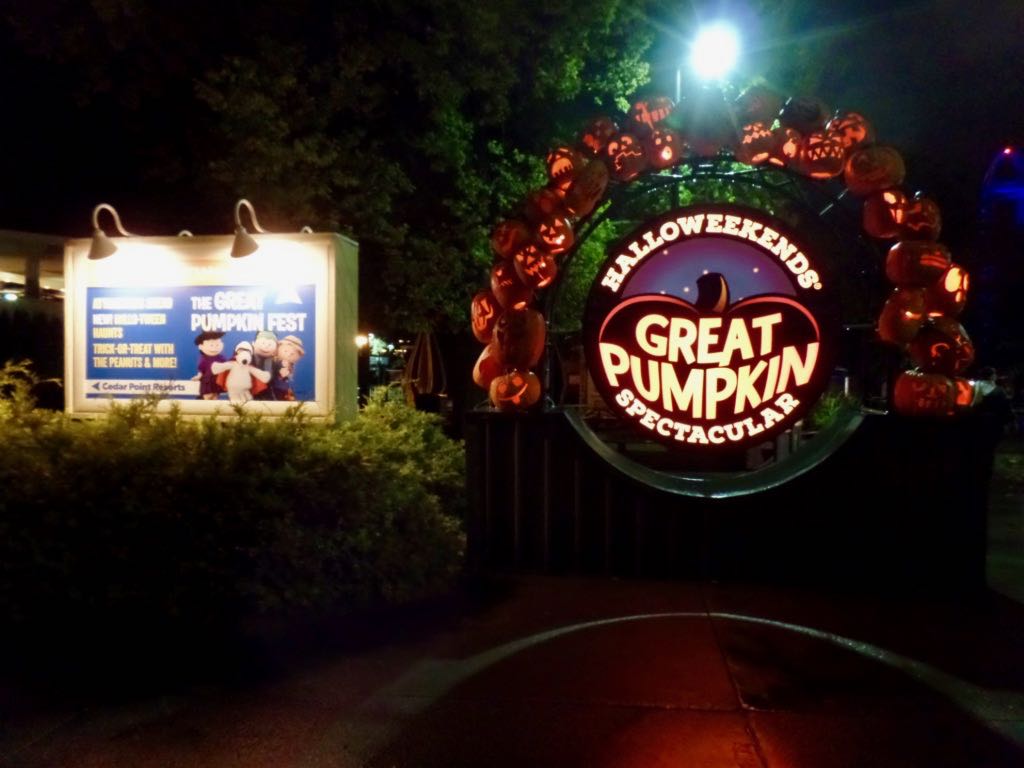 Here's the front of that Halloweeends sign I mentioned earlier, and what they promise for the parade. 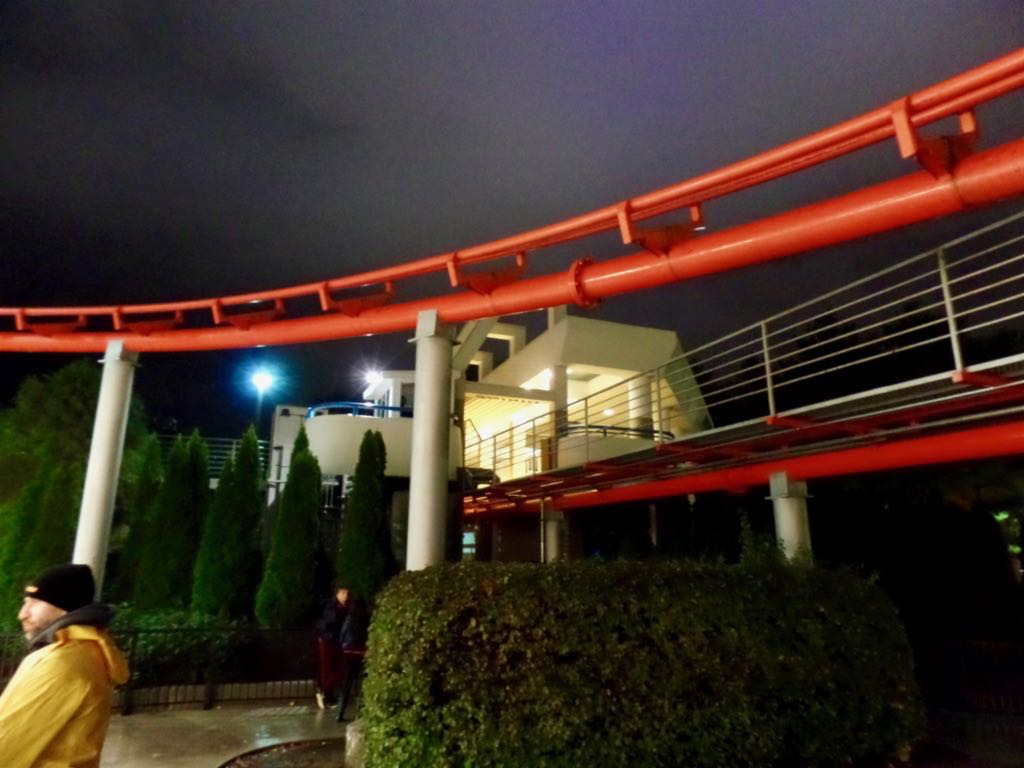 After-closing view of the Magnum XL-200 station, and (in front) the return leg of the train. 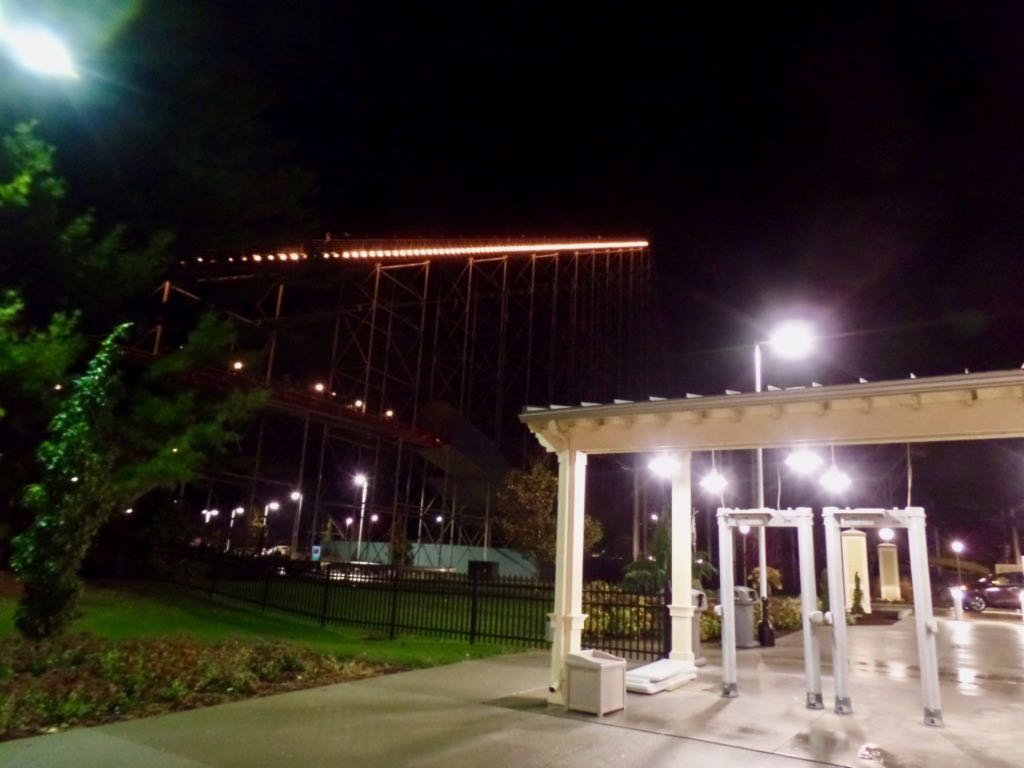 Going out the hotel gate for the park, with Magnum XL-200's lift hill reaching into the sky. 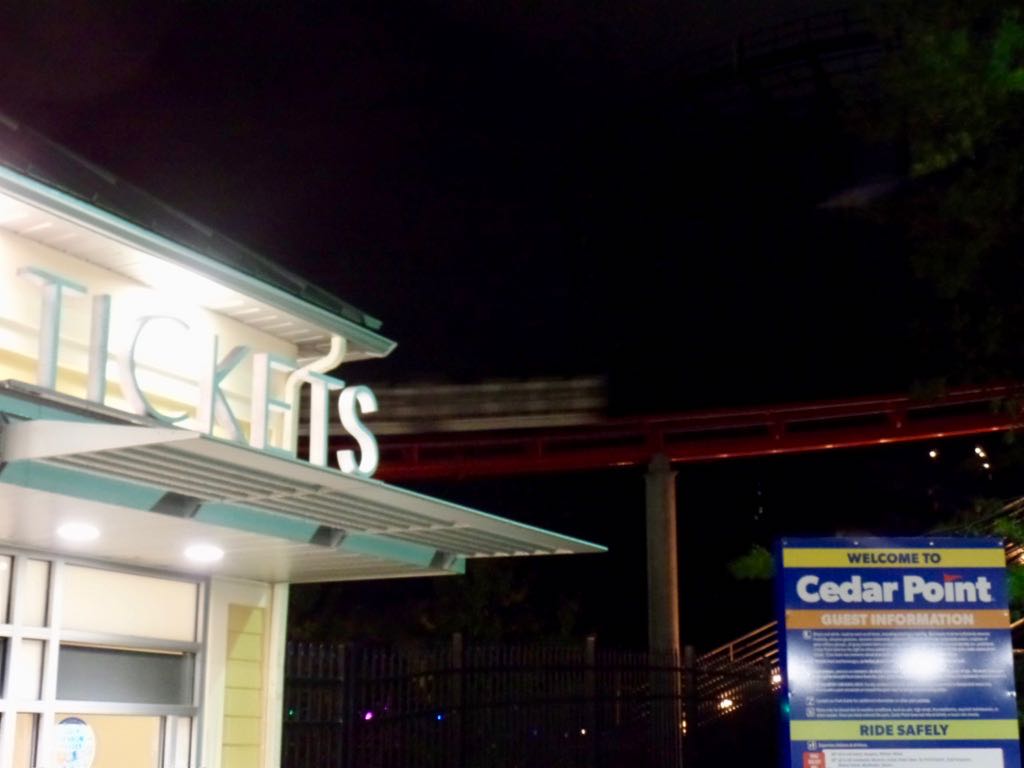 After-closing train returning; this may be the last ride with passengers, or possibly an empty train sent after that to let the final riders exit.