KennyCon, the roller-coaster-enthusiast gathering at Kennywood Amusement Park, would have been this weekend. Most likely we wouldn't have gone, because it'd be too close to Pinburgh to make the identical drive. It would be imaginable, though. Apparently Kennywood has rescheduled the event for August, in what still seems like wide-eyed optimism to me. They're opening the park, too, or at least trying to, despite the whining of homicidal people that they daren't wear masks. I understand their need to salvage something out of a disaster summer but, jeez.

Back to something crowded, then. Also cold. Silver Bells in the City, 2018, was the week before Thanksgiving as ever, and we got to watch the parade and lighting of the State Tree and all of that enjoyable stuff. Let's see what I photographed despite the challenges. Setting up for the parade and all. The operator swings the camera over the crowd, including us. We typically get as close as we can to behind this camera position. 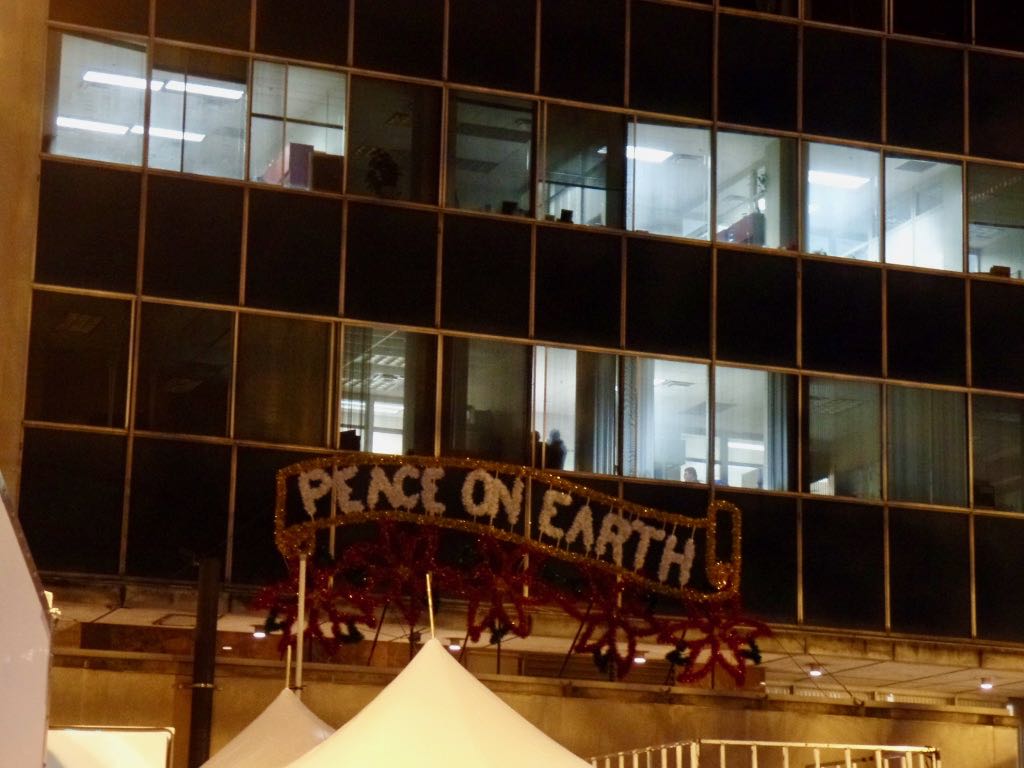 Wishful sign put at City Hall, with some office workers taking advantage of a warm spot to watch from. 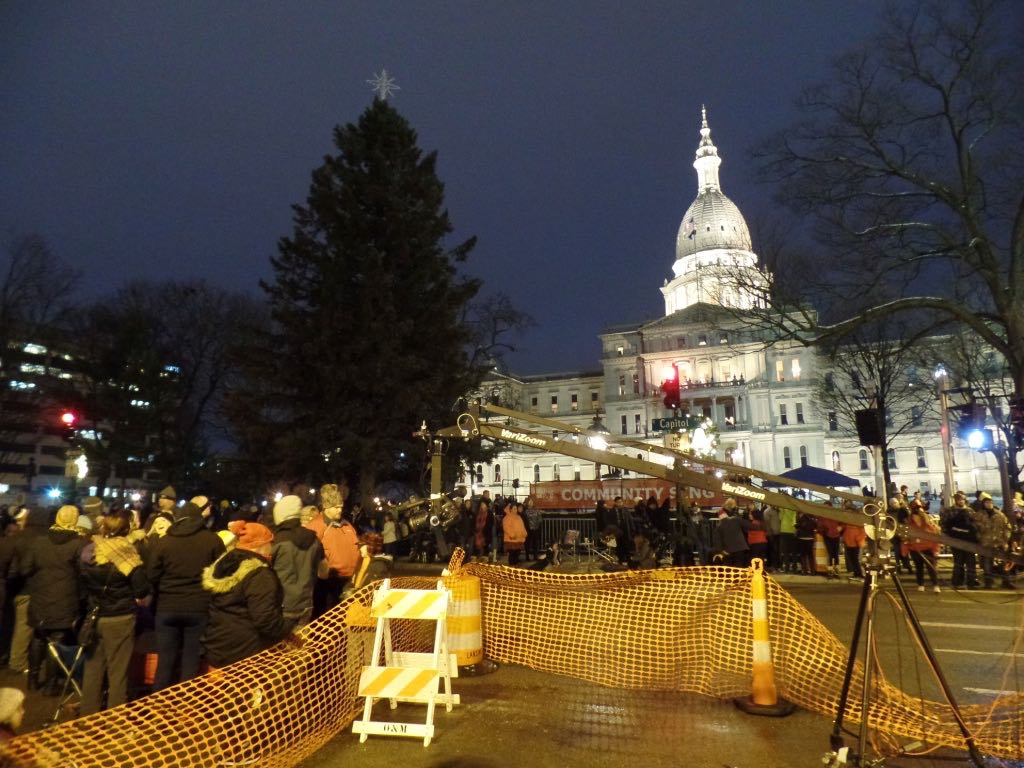 The 2018 State Tree, unlit and with the star up top vertical, standing ready beside the capital. 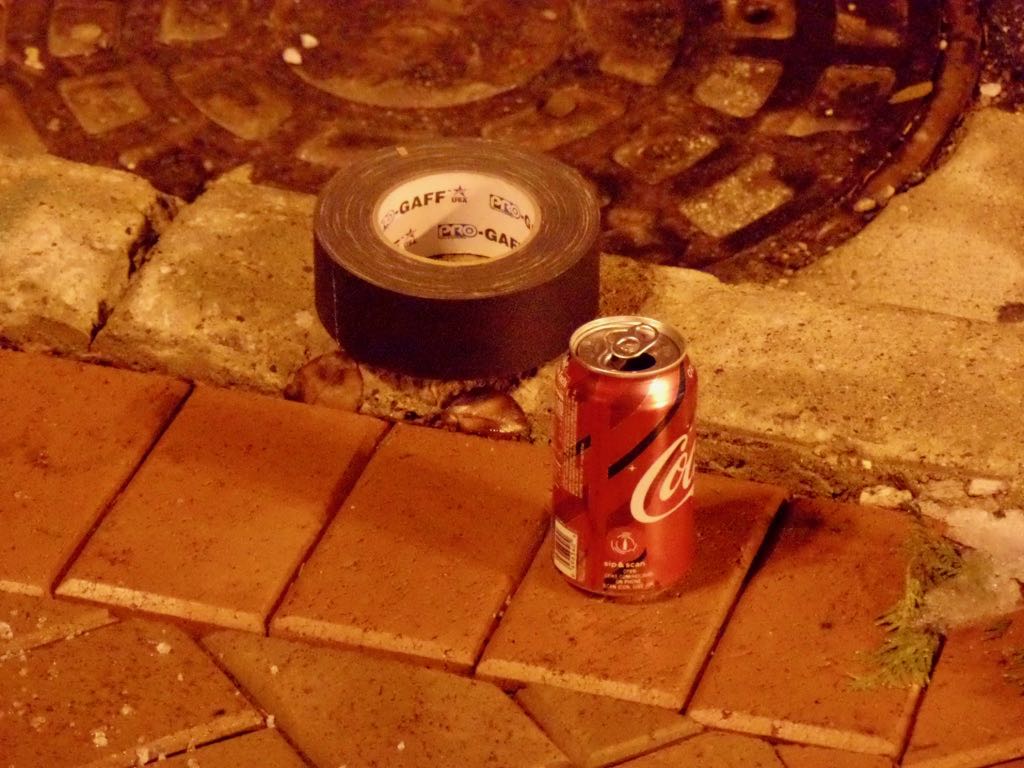 Everything that a camera operator needs for a two-hour live show: gaffer tape and some pop. 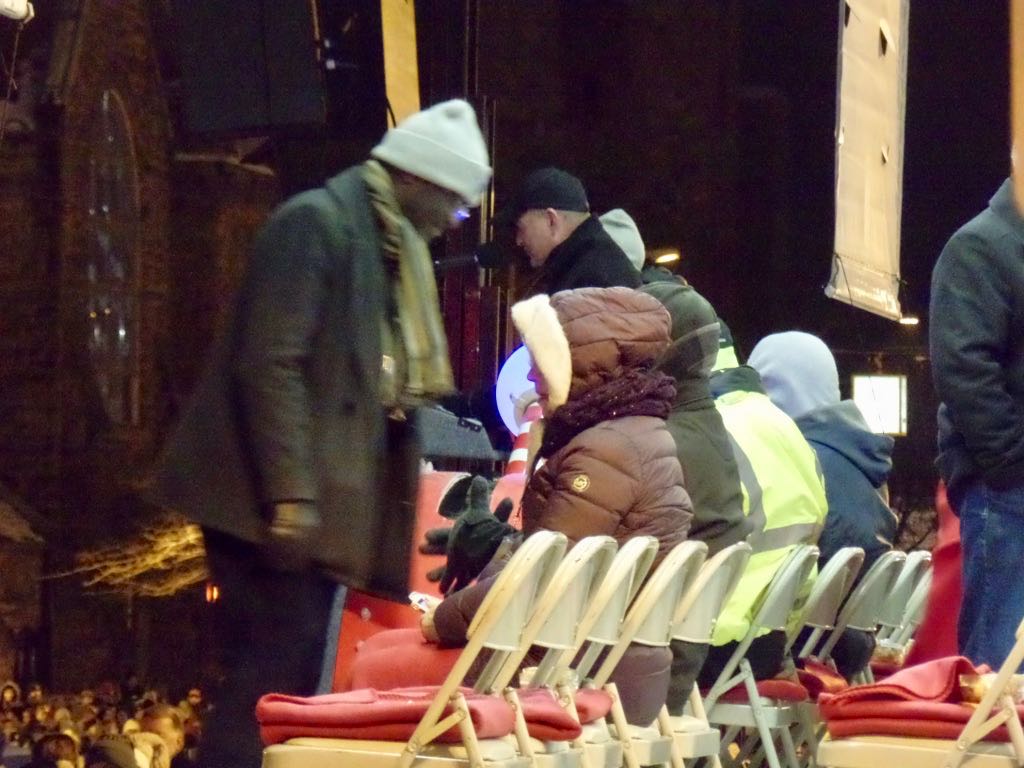 VIPs gathering at the reviewing stand. ... I'm not sure who any of them are, sorry. 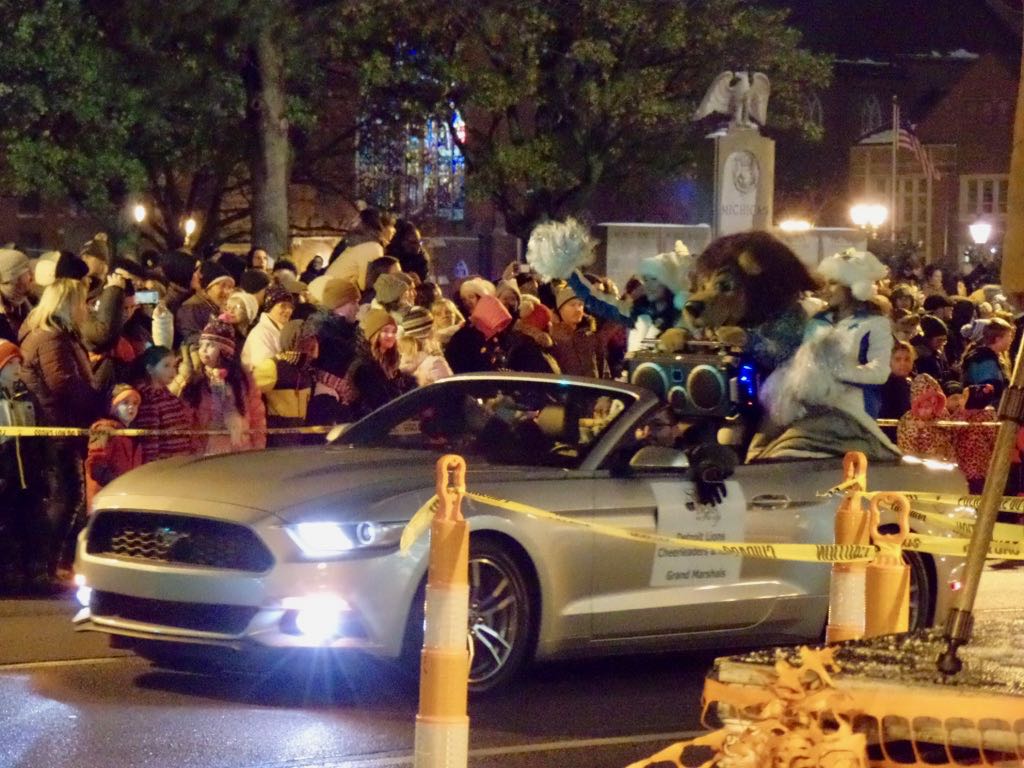 And the parade's under way! Here's the Detroit Lions mascot, who was the grand marshal; they also had the Tigers mascot but my picture of that, in a different car, was blurry. 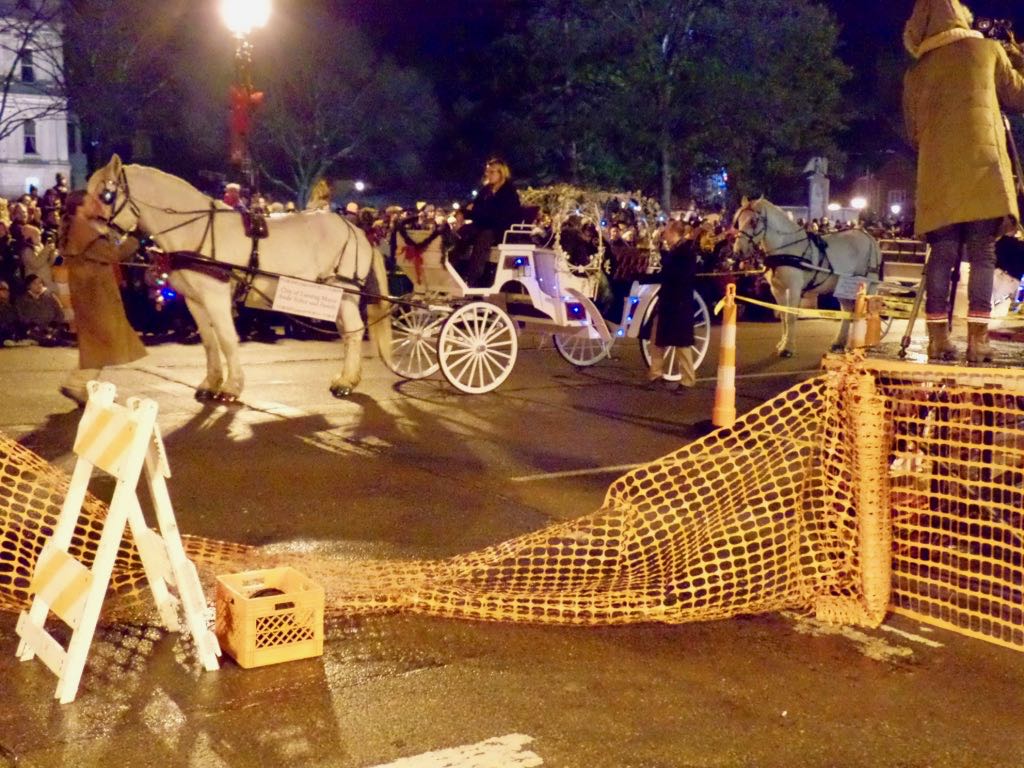 The horse-drawn chariot for Mayor Andy Schor and Erin Schor. 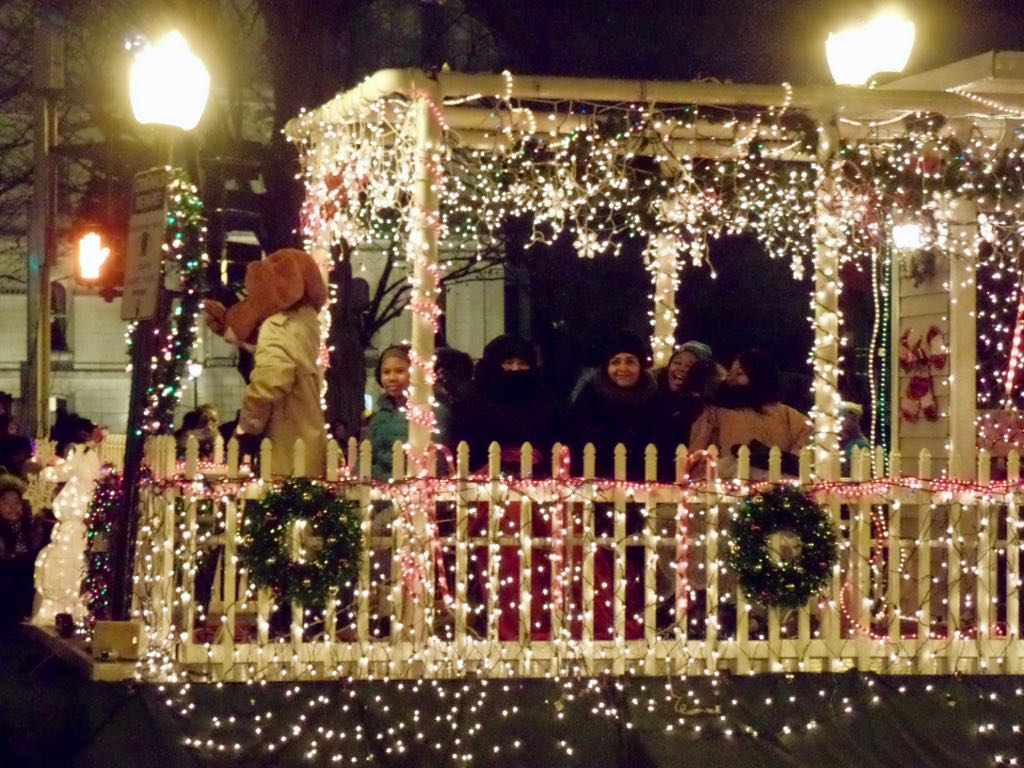 There's a lot of lighted floats. Here's one featuring McGruff the Crime Dog, encouraging you to not have crime on your porch. 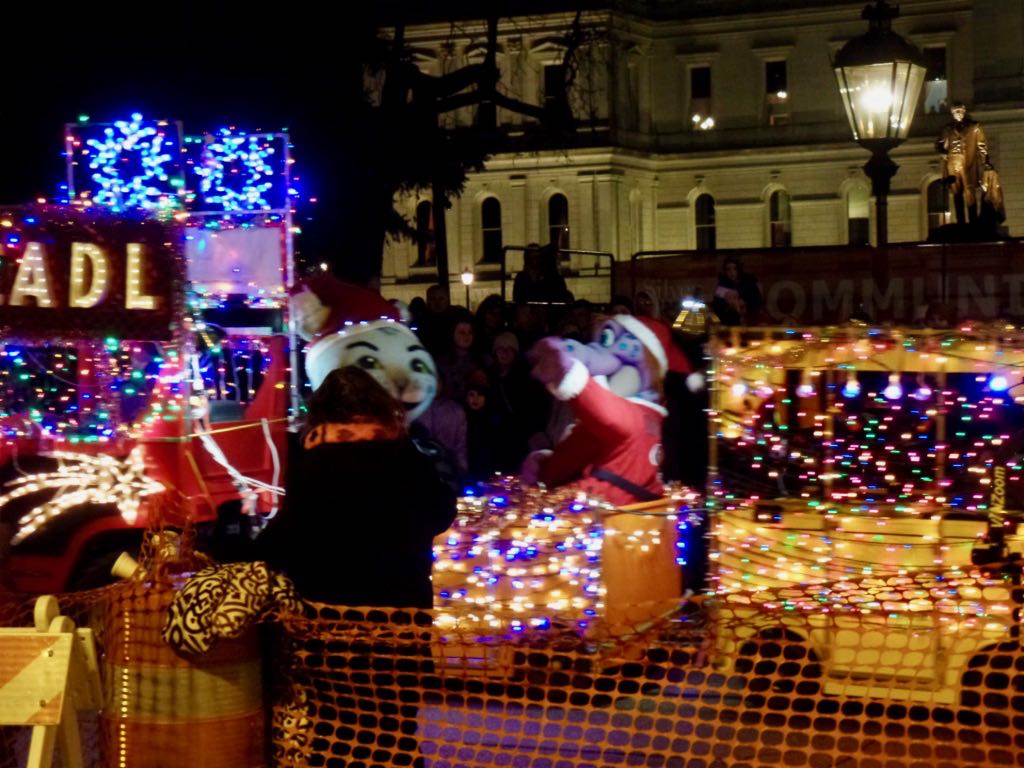 The Capital Area District Library float, with the CADL cat, partly obscured by the camera operator (the price of being right up front behind the TV camera) and Big Lug, mascot of the Lansing Lugnuts baseball team. 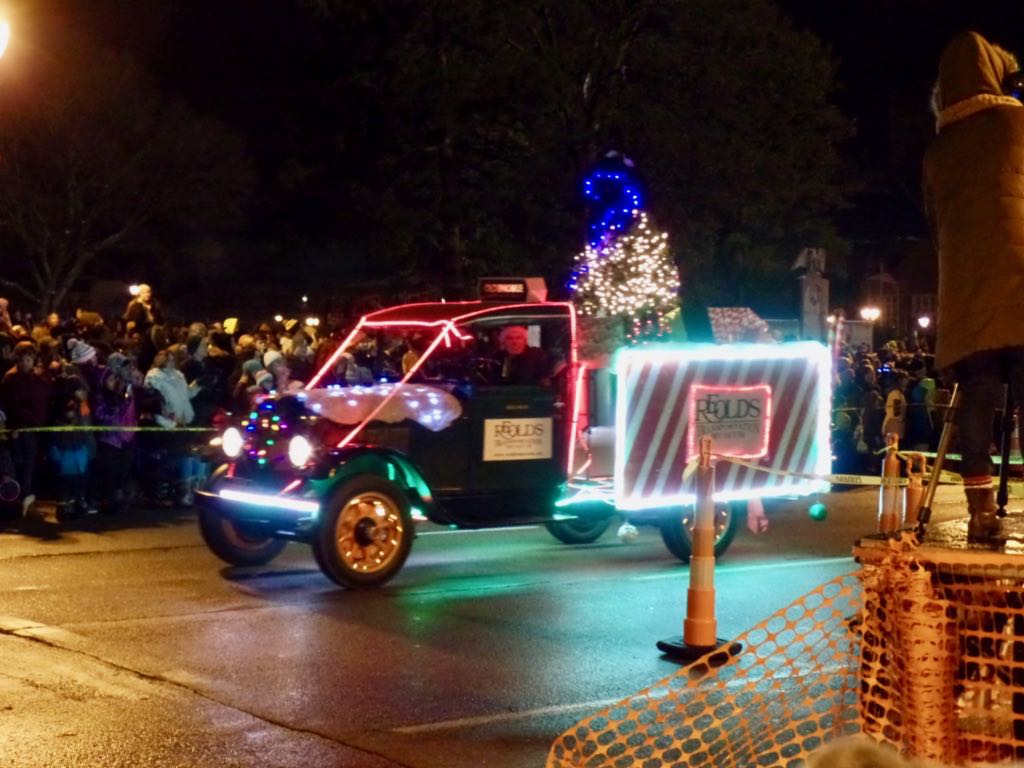 Reo Speedwagon decorated for the purpose of promoting the R E Olds Museum, which we still haven't ever gotten to although it's in walking distance (it turns out). 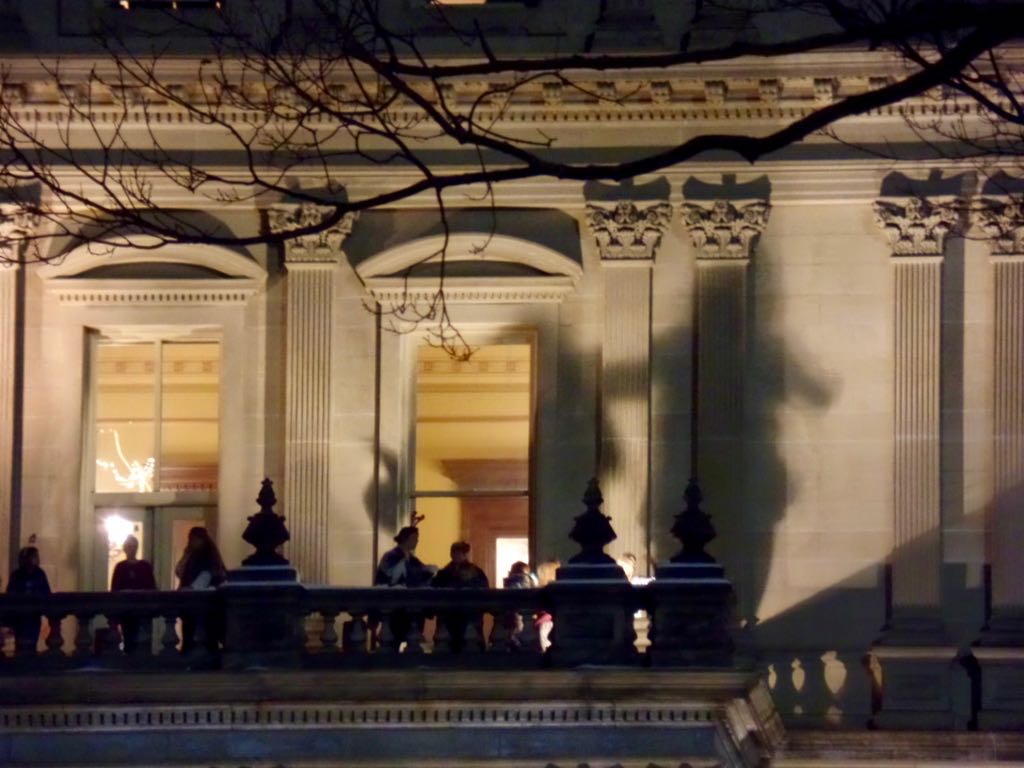 Huh! Looks like some spectre is haunting the state capital. 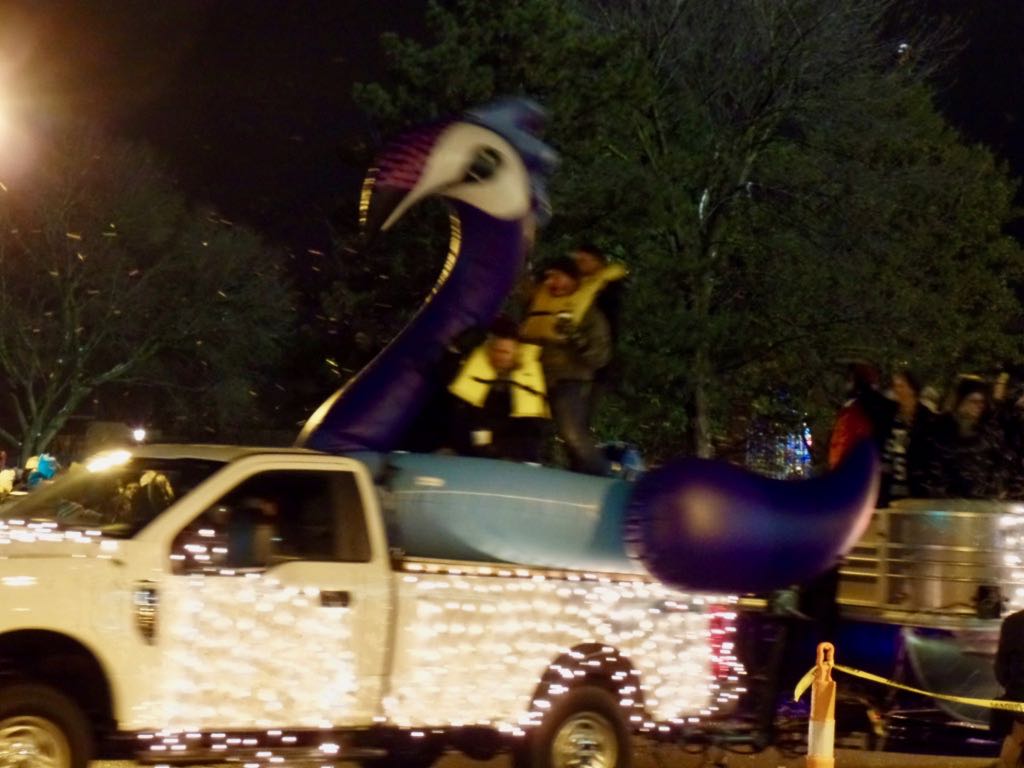 Not sure why this float involves a giant inflatable flamingo in purple but, what the heck. 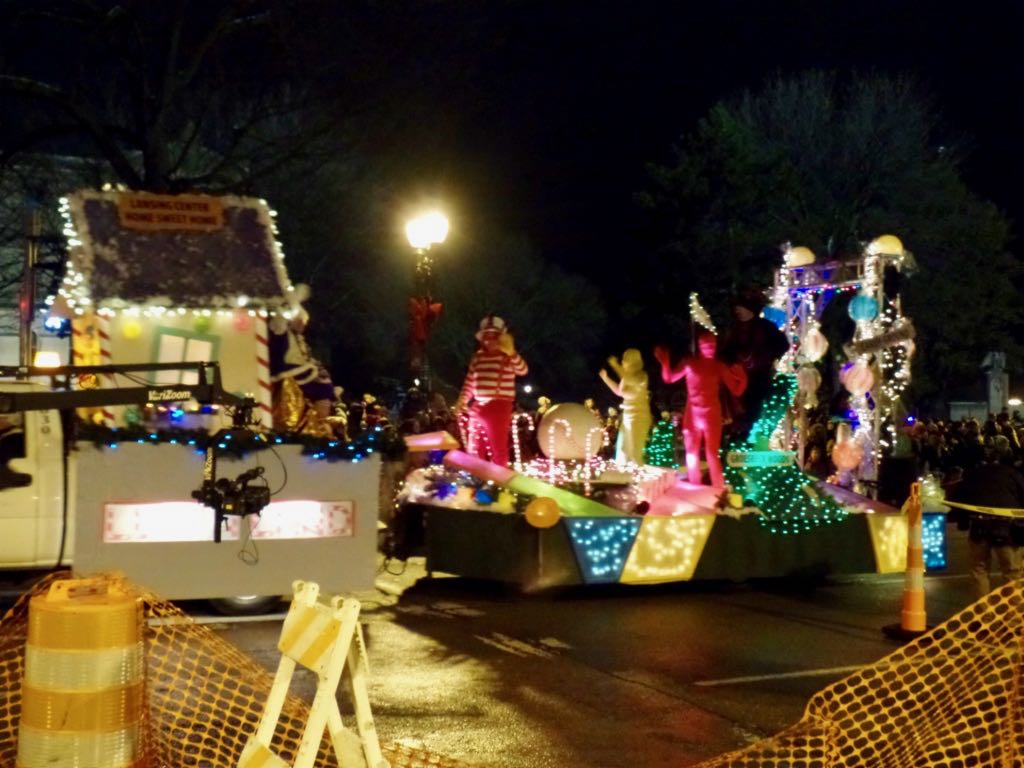 I think this float is for the Lansing (Convention) Center and that the figures on the float are meant to be Oompa-Loompas. 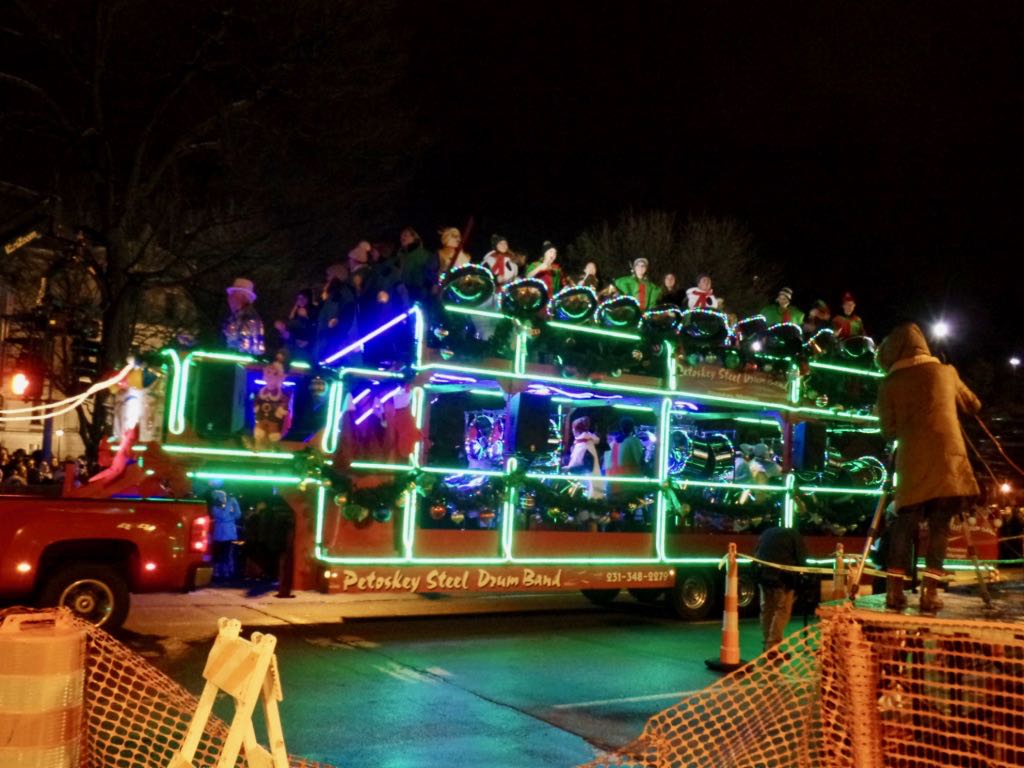 The renowned and beloved Petoskey Steel Drum Band, dozens of people playing steel drums together. Always one of the most popular floats. And here's a representation of the Mackinac Bridge, catching my attention particularly since this was the first time after I'd been on the actual bridge that we got to see this rendition. 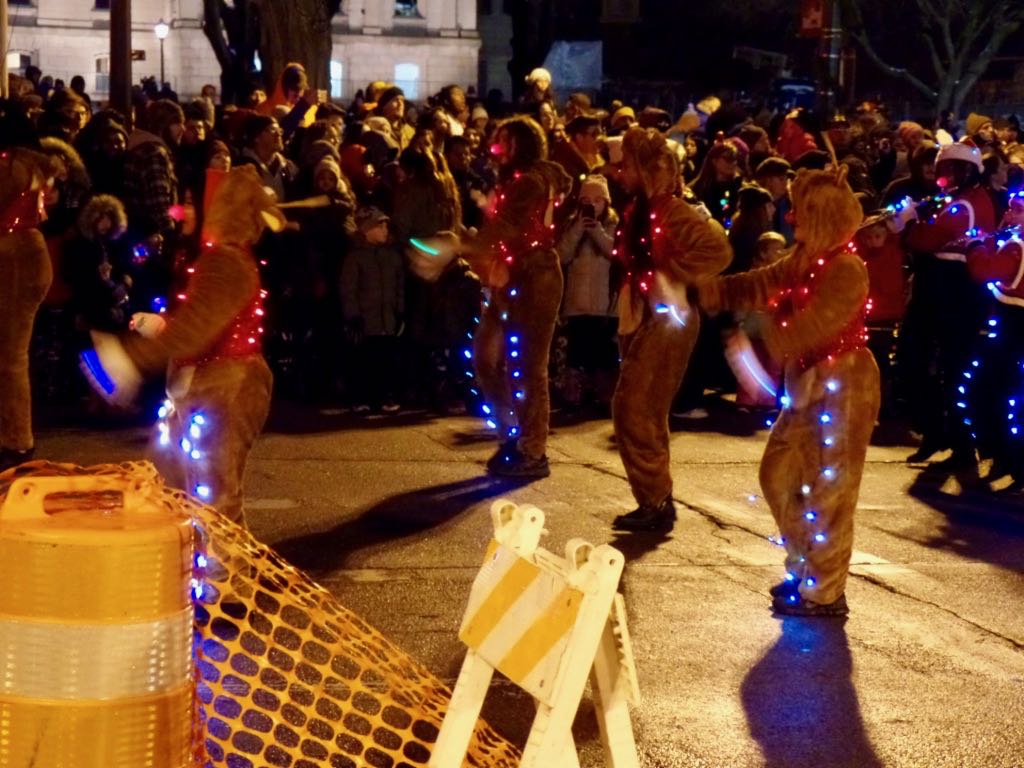 At least one of the marching bands --- there were ten or twelve of them --- dressed some of their performers as lighted reindeer. You know, like you might do on your DeviantArt account.

Trivia: Economist Stuwart Chase estimated in 1925 that $1 was spent on advertising to each 70 cents spent on all other forms of education, from primary grades through university. Source: Anxious Decades: America in Prosperity and Depression, 1920-1941, Michael E Parrish.

Currently Reading: The Girl on the Boat, P G Wodehouse.