Run through the light of day

Happy Stitch Day! How's my humor blog been the last week? Full of merriment and all that. Featured articles include:

So now to the train ride at Crossroads Village! This was the first year I got more than a vague blurry OK picture of some of the light fixtures so get ready to see a LOT of them. 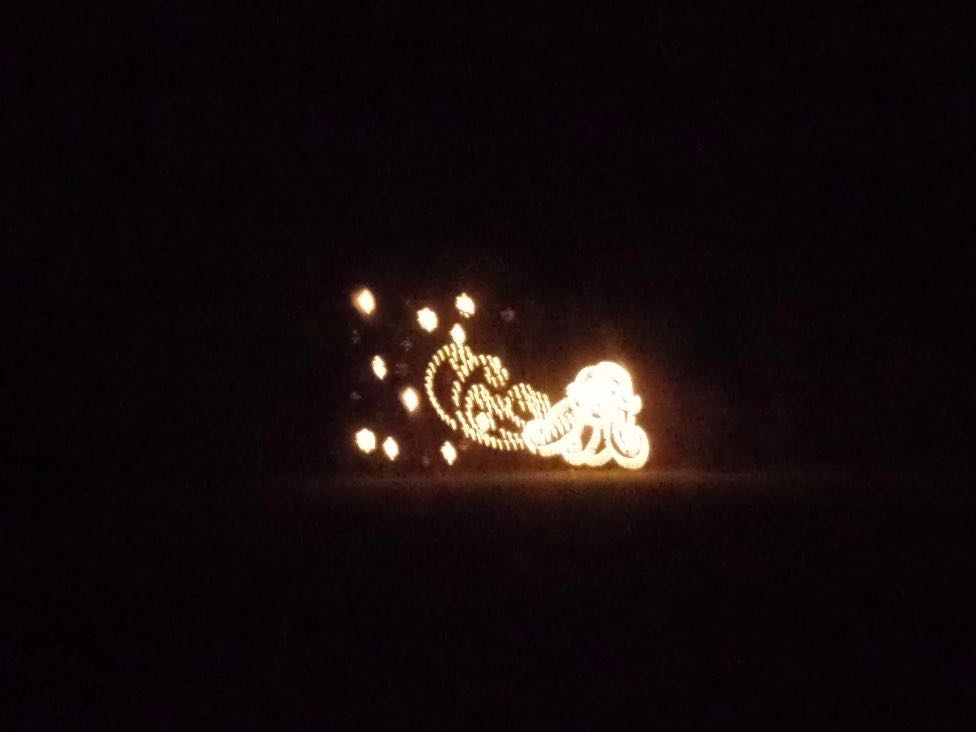 OK this one's a bit blurry, but it's because it's zoomed in a good bit. Old Man Winter blowing snowflakes. It's an animated sign and one of the favorites. 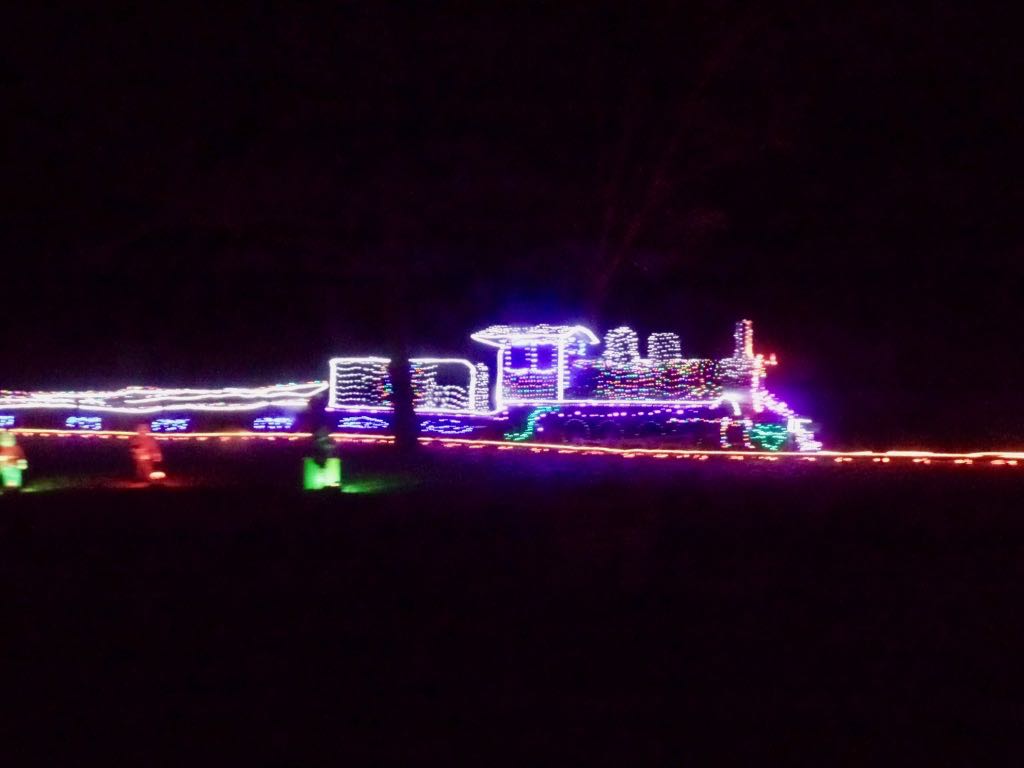 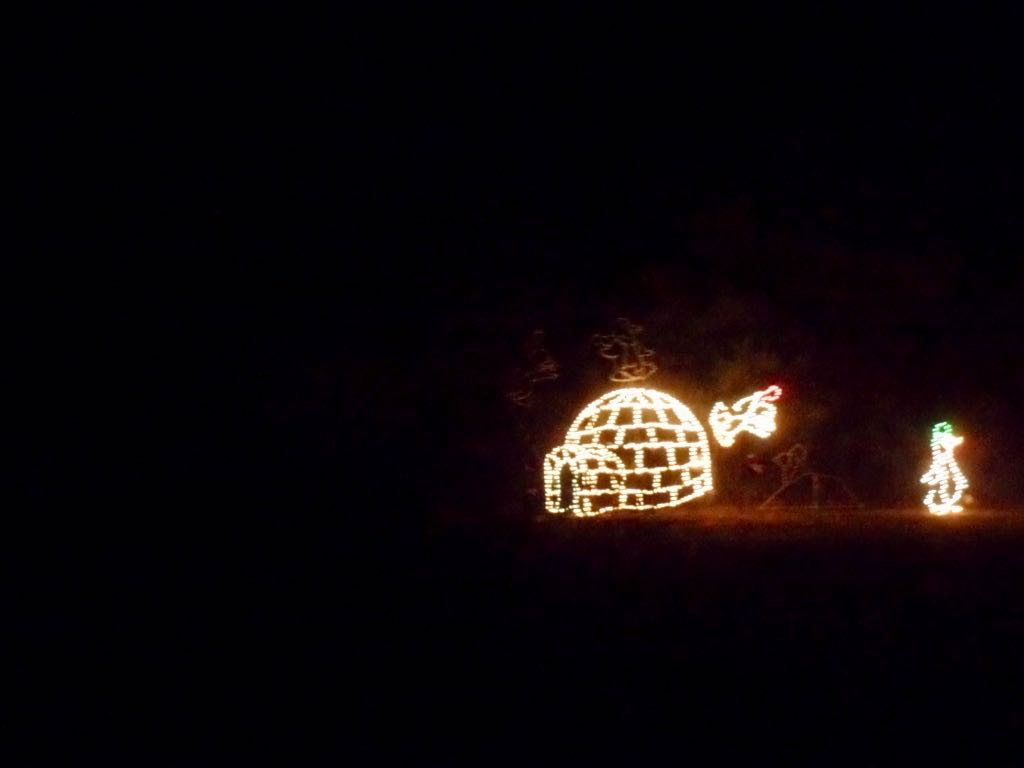 Another animated figure --- one that I think they have at Bronner's in the parking lot too --- of penguins sliding off an igloo. 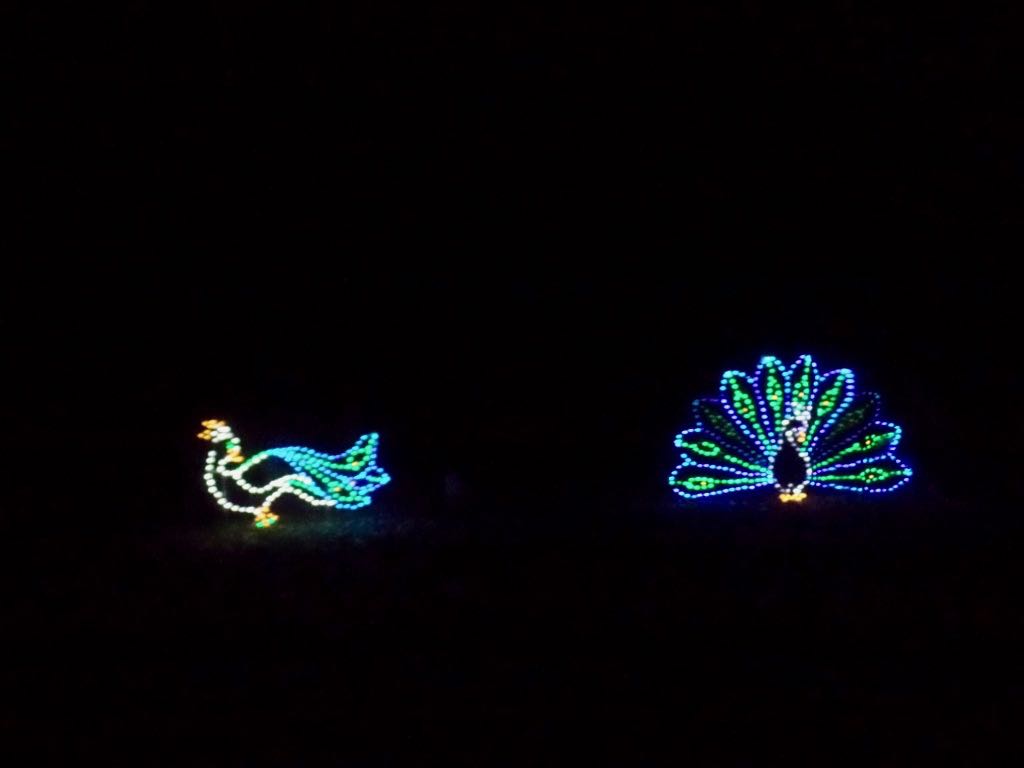 The peacocks are also fun. I think the one on the right 'unfolds' and refolds his tail. 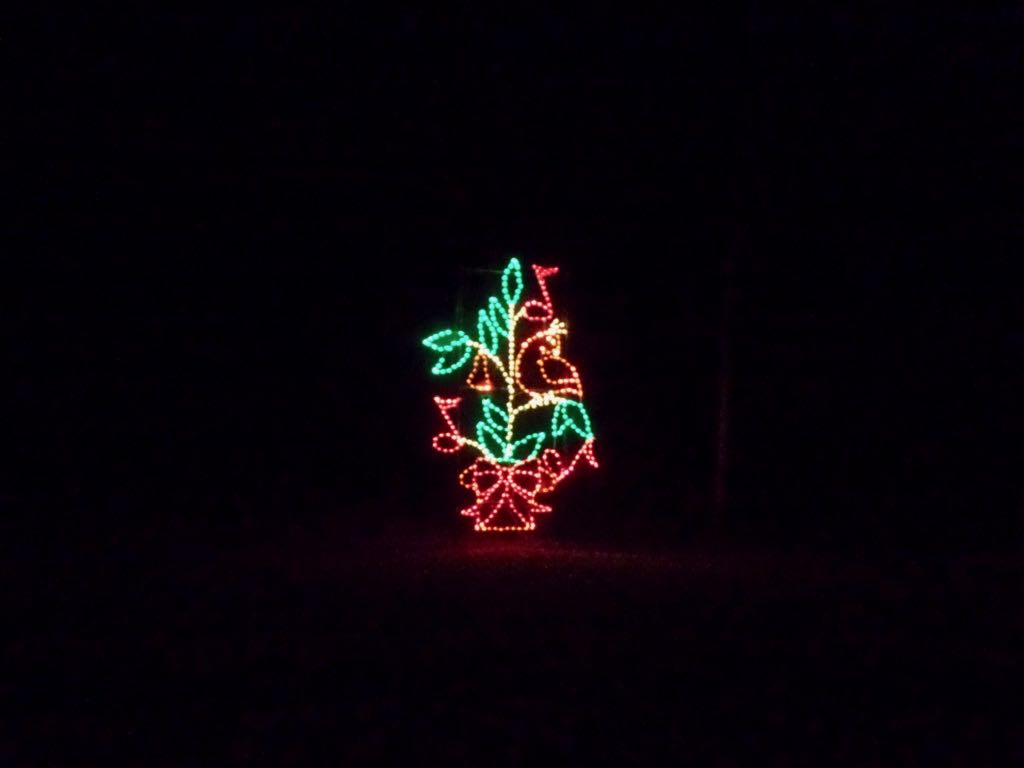 A partridge in a pear tree! From the great turnaround where they play The 12 Days of Christmas. 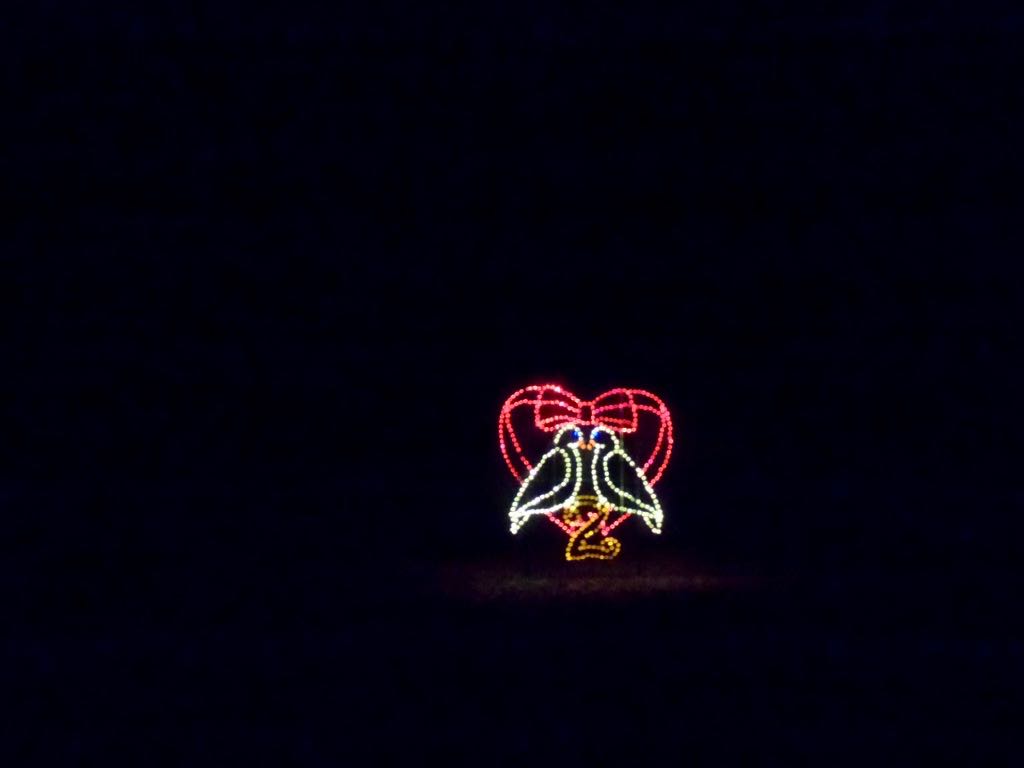 Two turtle doves, in a picture that came out way better than I anticipated. 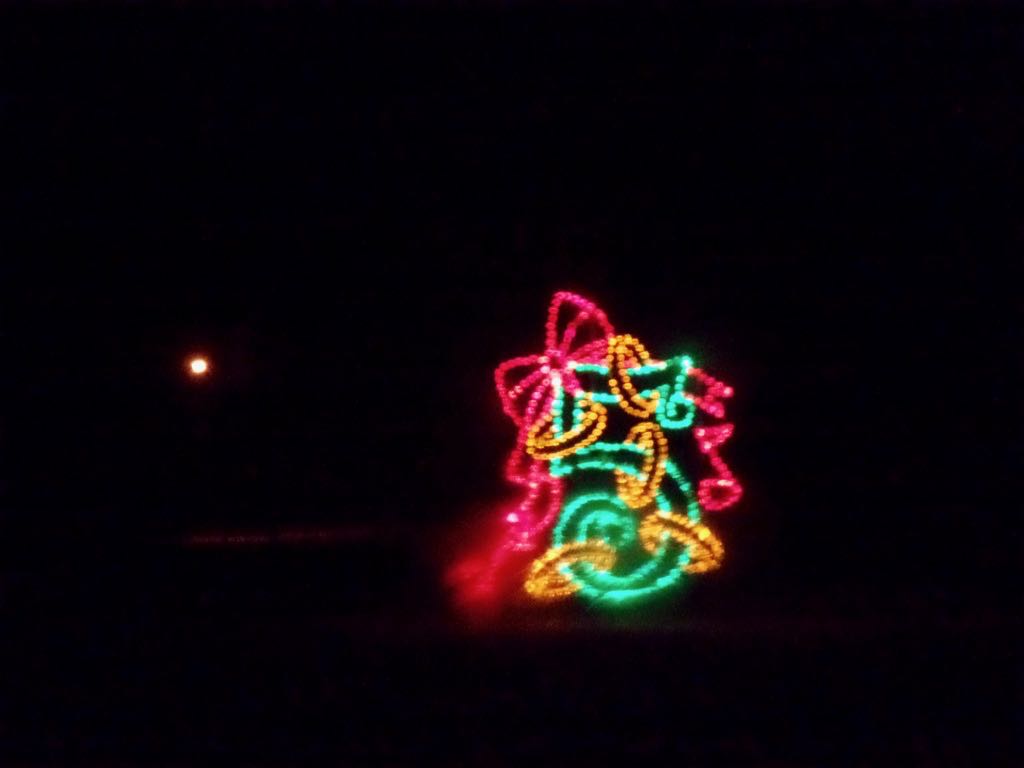 Five golden rings! Also a bit of blur because the train windows keep fogging up and we keep not bringing a towel or something to wipe them clean again. 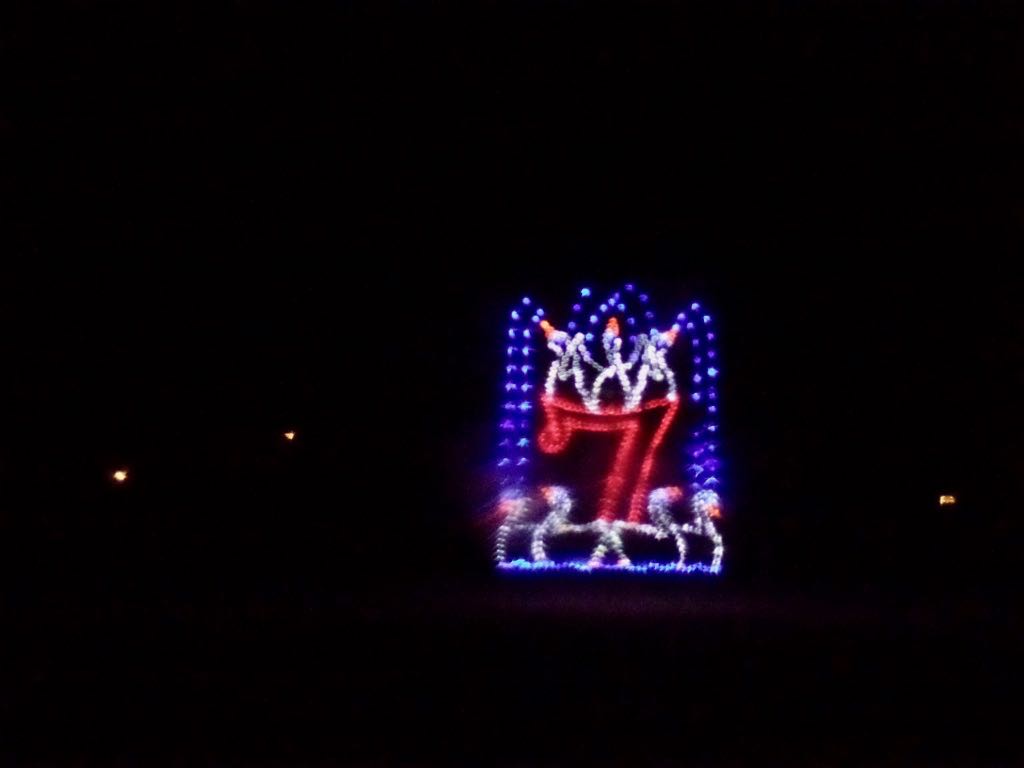 Seven swans a-swimming! It's animated, too. Note that so many of the 12 Days of Christmas figures have the numeral in them that it's maddening when you find the ones that don't. 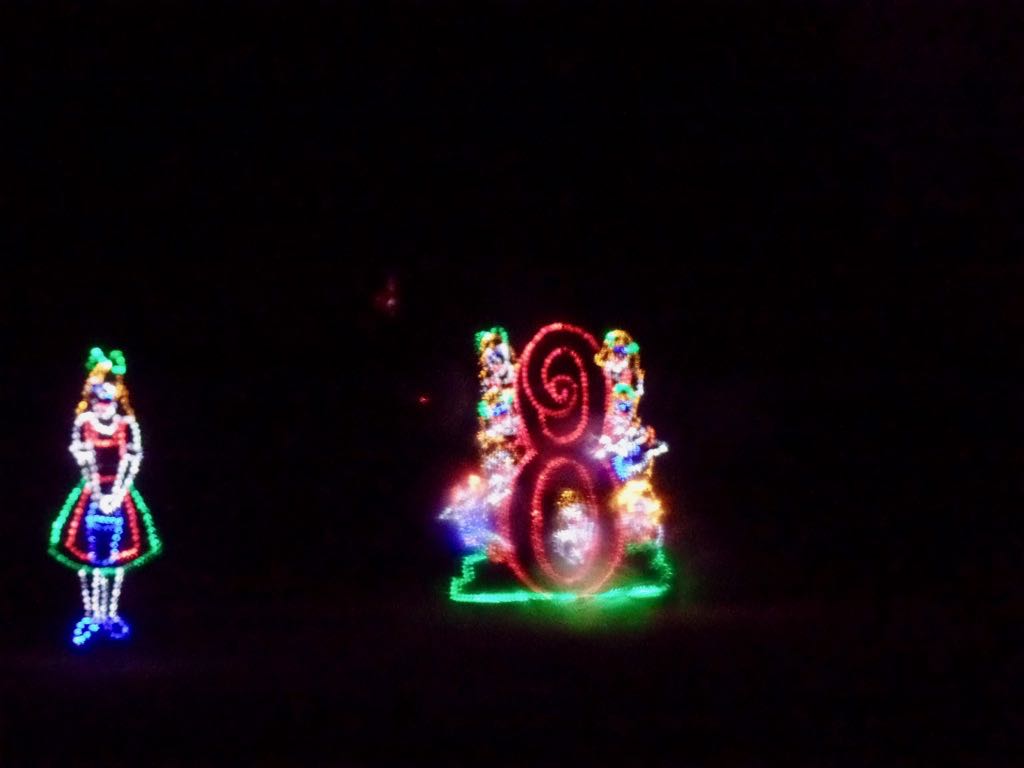 Eight maids a-milking. You could count them except hte window was fogging up again. 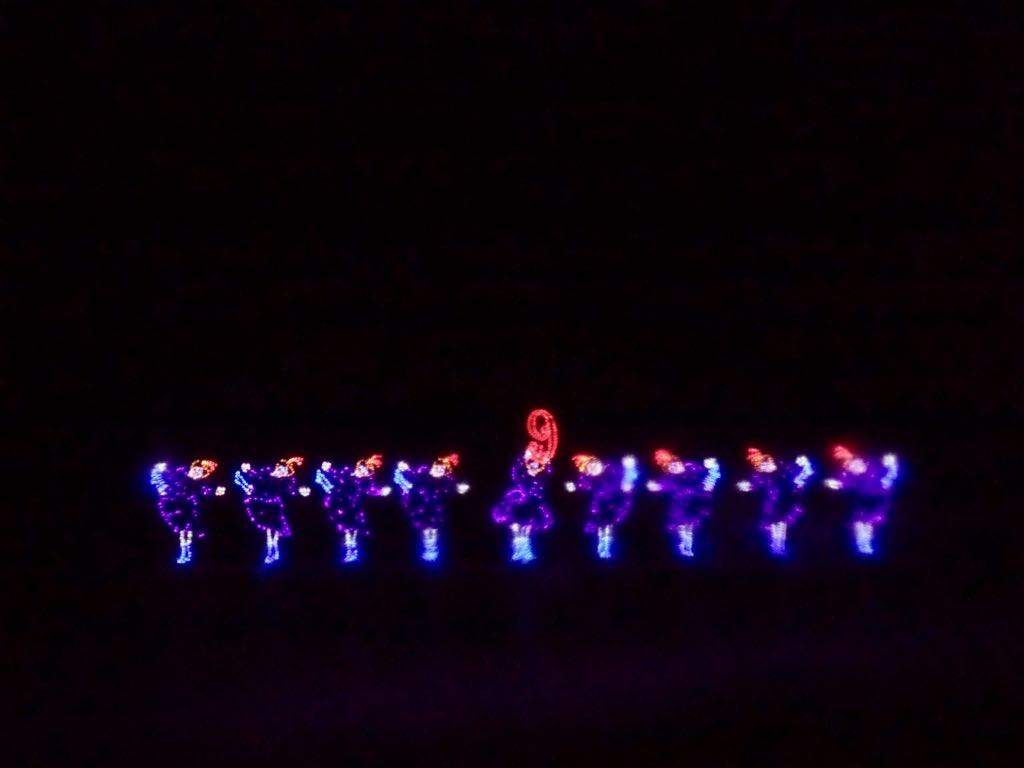 Here's your nine ladies dancing, with a nice bit to keep the fixture design basically symmetric. 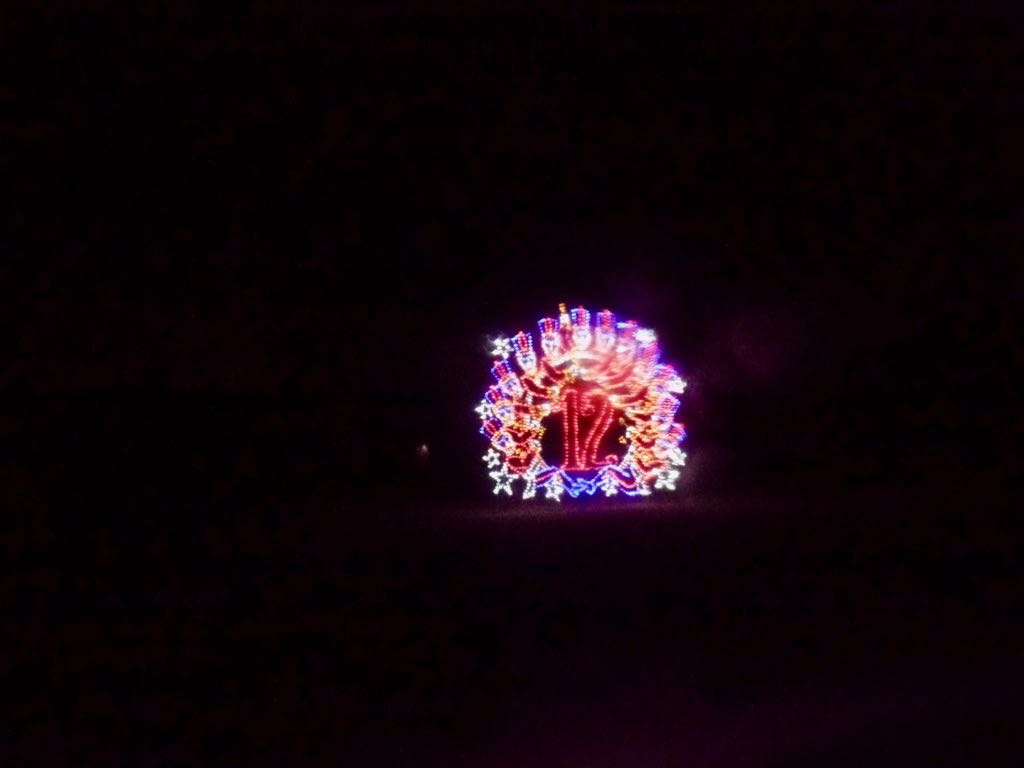 Twelve dummers drumming! ... The fixtures I didn't photograph were probably on the other side of the train, or they just didn't come out through the window fog or whatnot. 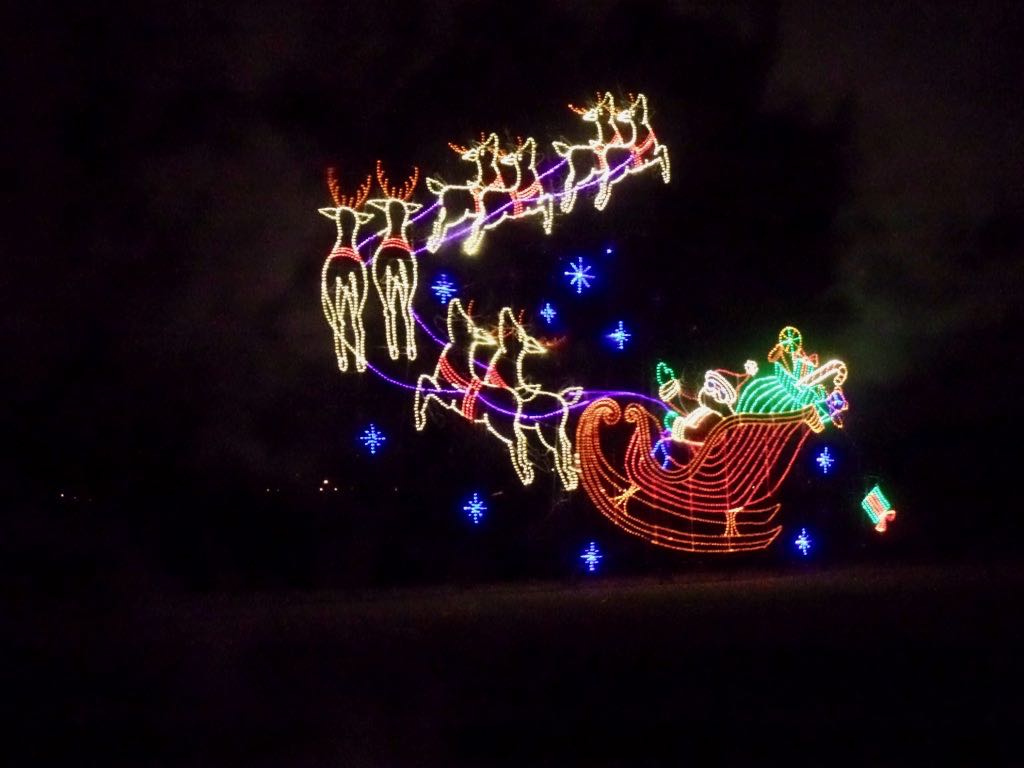 But here's one that came out great: Santa dropping a present out of his sleigh as he takes off. 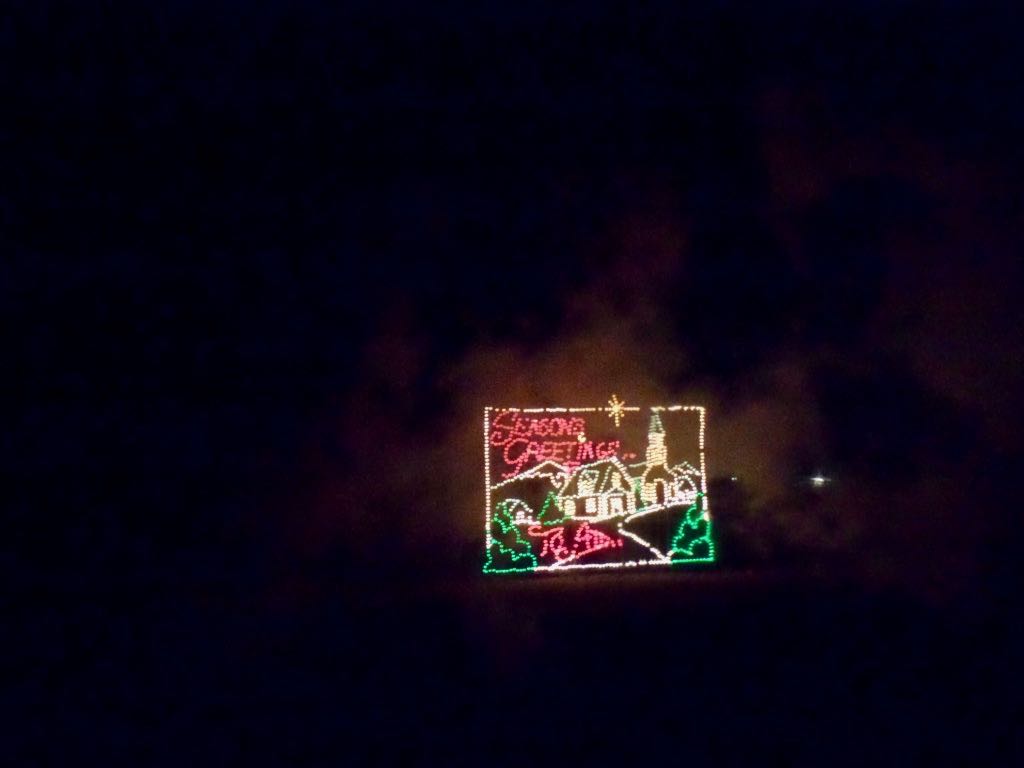 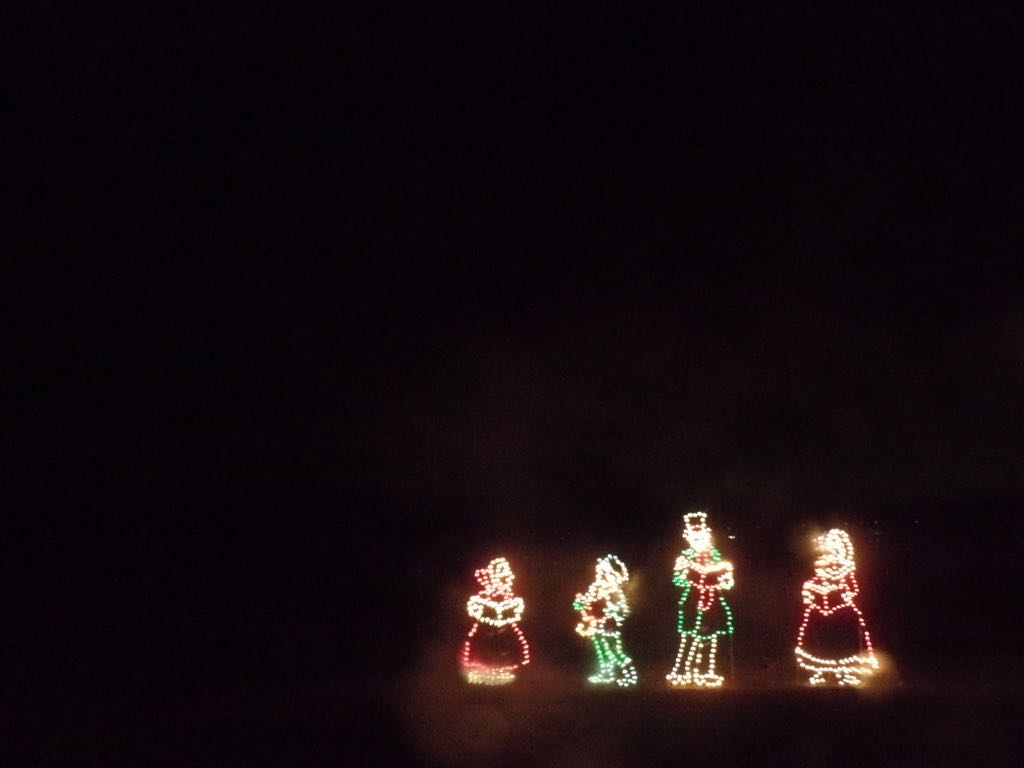 PS: My All 2020 Mathematics A to Z: Butterfly Effect where, by cutting back from writing three 600-word A-to-Z essay a week I've gone and written a 2000-word essay once a week.