So the number of Covid-19 cases linked to that bar in East Lansing is at minimum 85, according to articles that may be hopelessly out date because they were published at five hours and twenty minutes ago. It's hard to judge from the local press but I guess it's getting some national attention because my father brought it up to

bunny_hugger, and he lives in South Carolina, a state that's trying its level best to get everyone in it killed before the election.

That this all comes from people linked to one bar that was open for eight days before it shut down is sobering. And sombering. Michigan had been handling things pretty darned well; Ingham County, which contains East Lansing, had been down to one confirmed new case a day before this outbreak. That so many people could have been infected so quickly barely makes sense unless someone on staff was infected, and spitting in everyone's drinks. Trusting that's not the case, though, then there's no way any university is going to be able to open up, not safely. And the opening of Cedar Point next month is going to be incredibly bad. (Yes, being outside seems to be not-too-dangerous, but what happens when it rains and everyone crowds into the theaters, restaurants, and Town Hall Museum?)

The Michigan State University president gave a statement, three days ago, when it was thought to be ``only'' fourteen cases, with a thoughts-and-prayers message. At least an assistant professor of emergency medicine was allowed to point out it's alarming and it's ``impossible to think that there's some kind of magical barrier that's gona prevent that transmission back up our way''. I haven't seen an updated statement from MSU, which is still pretending it's going to have an in-person fall semester.

In a side bit of incredibly idiocy, an area gym owner opened up his fitness center, against the closure orders. His reasoning? He'll have you know he's on the Task Force that developed the reopening plans for the gym, and the plan wasn't going to change if they opened today or three months from now. Anyway, within two days an employee tested positive for Covid-19 and it's all shut down again.

I also have to anticipate that the delayed Pinball at the Zoo isn't going to be able to happen in early October, as the plans are now. Maybe by October it won't be suicidal to have small groups in an enclosed place like a bar. But to have hundreds of people in a convention center? No, I just can't buy it.

On to happier times, then. For December the Potter Park Zoo sets up light decorations and we get there, later than we mean to every year, and spend not enough time there. Here's the record of that trip. 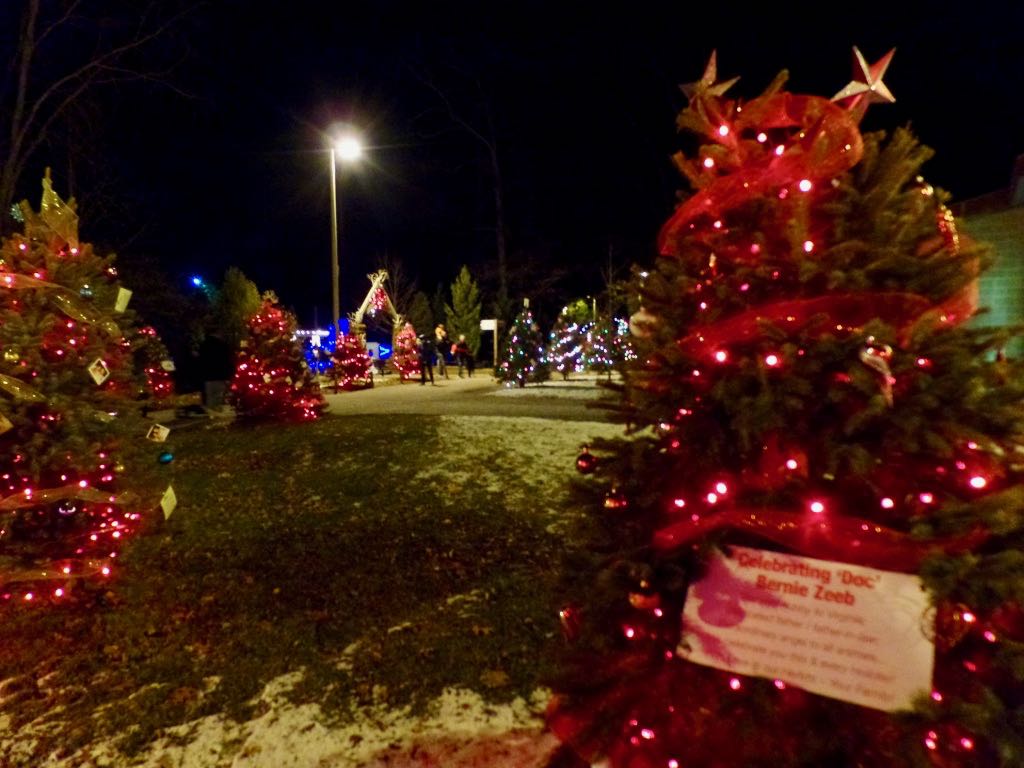 Some of the trees decorated by various local groups, many of them dentists, just inside the Potter Park Zoo entrance. 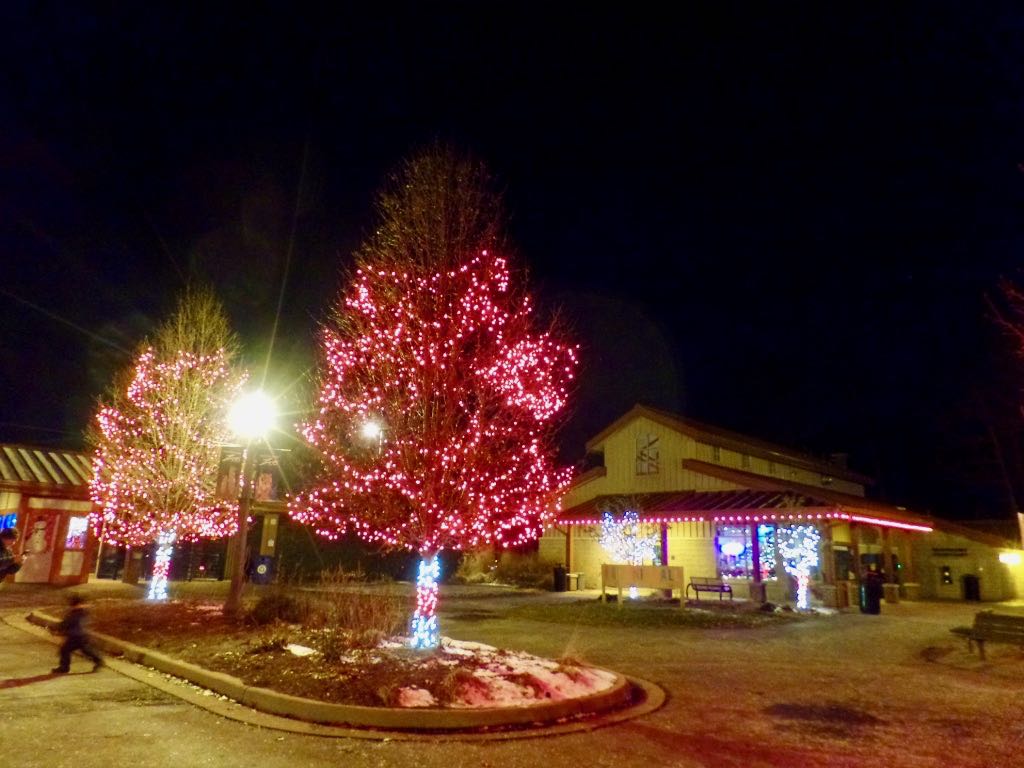 Entrance plaza at Potter Park Zoo. The gift shop is the building on the right. 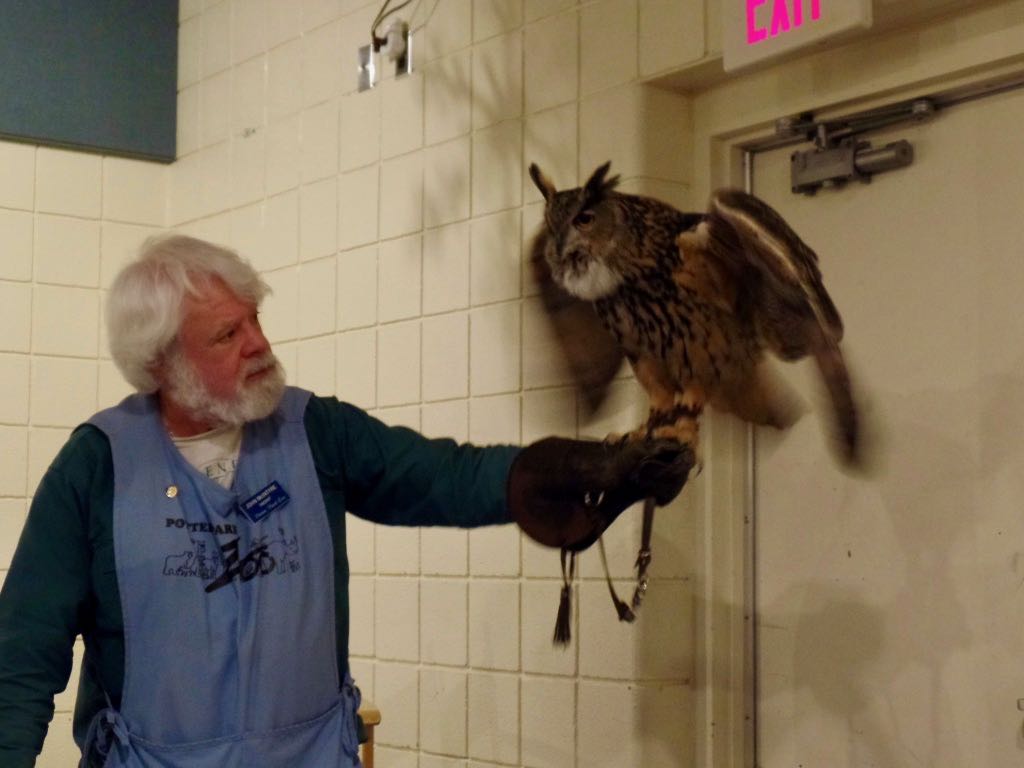 Animal-encounter show, featuring an owl who's just about had enough, thanks. 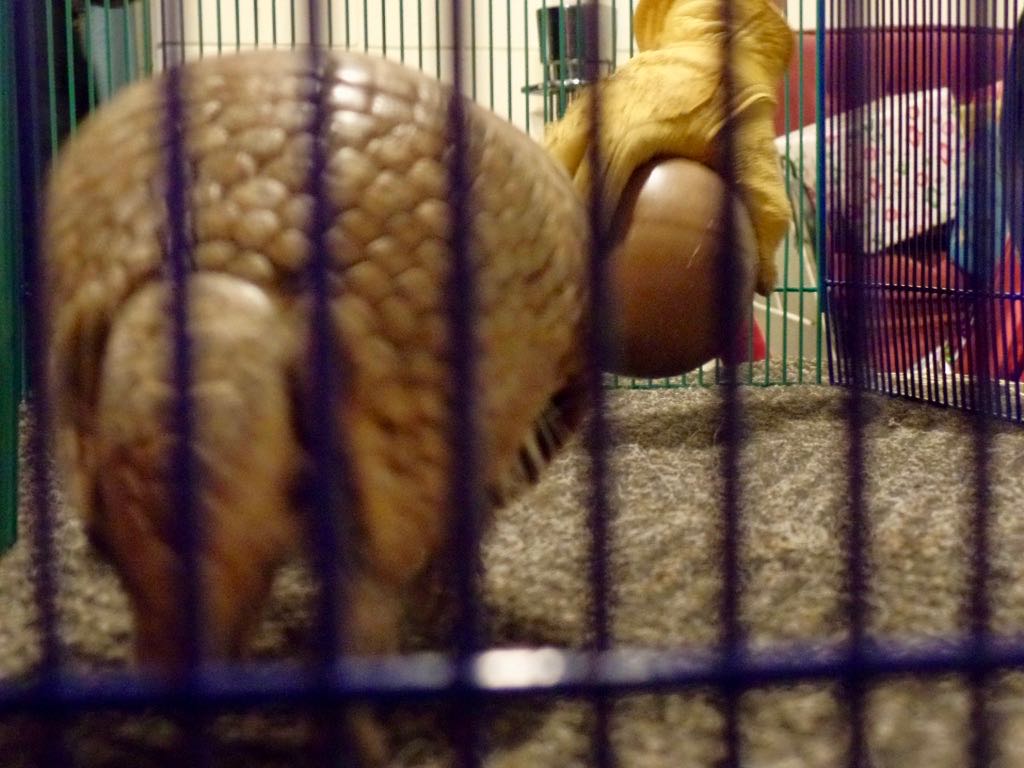 Armadillo who's exploring what the deal is with this ball. 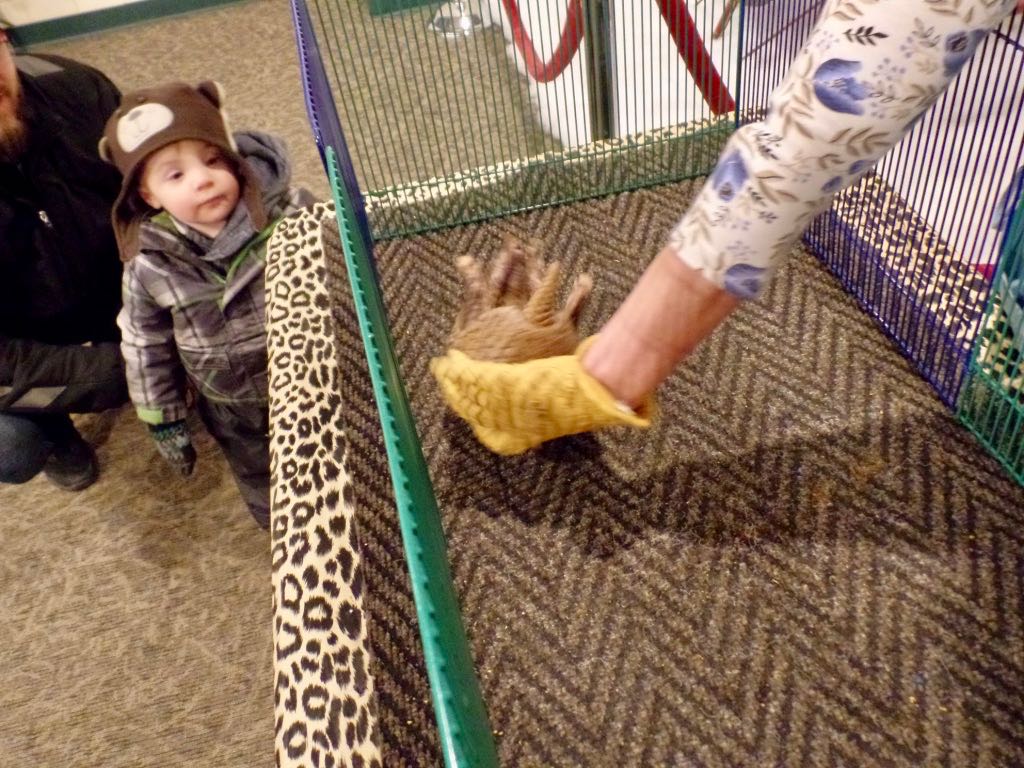 Kid amazed and, I choose to believe, delighted by an armadillo who's balled up for the caretaker's hand. 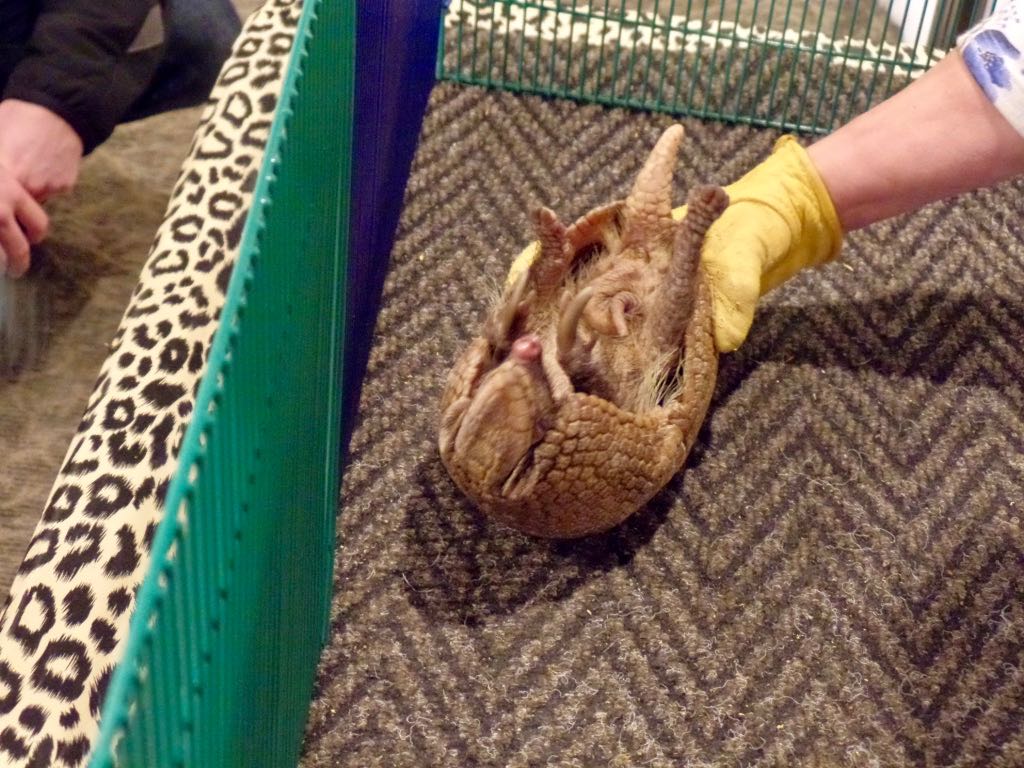 The precious, vulnerable side of the armadillo. 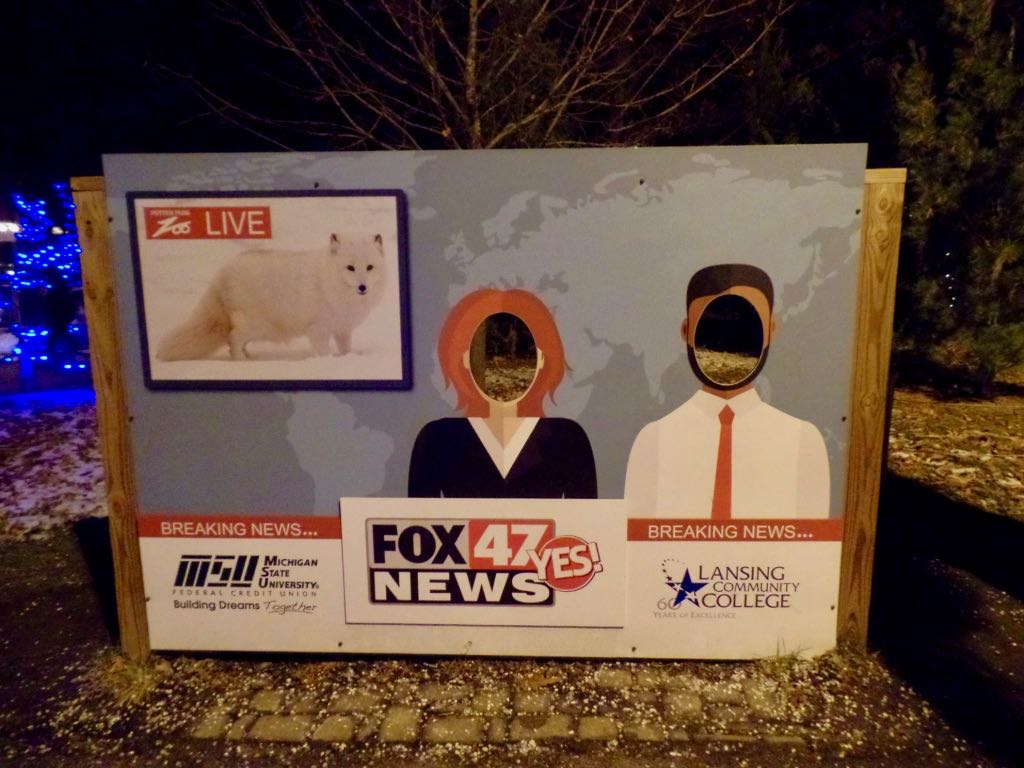 Finally some truth in naming. 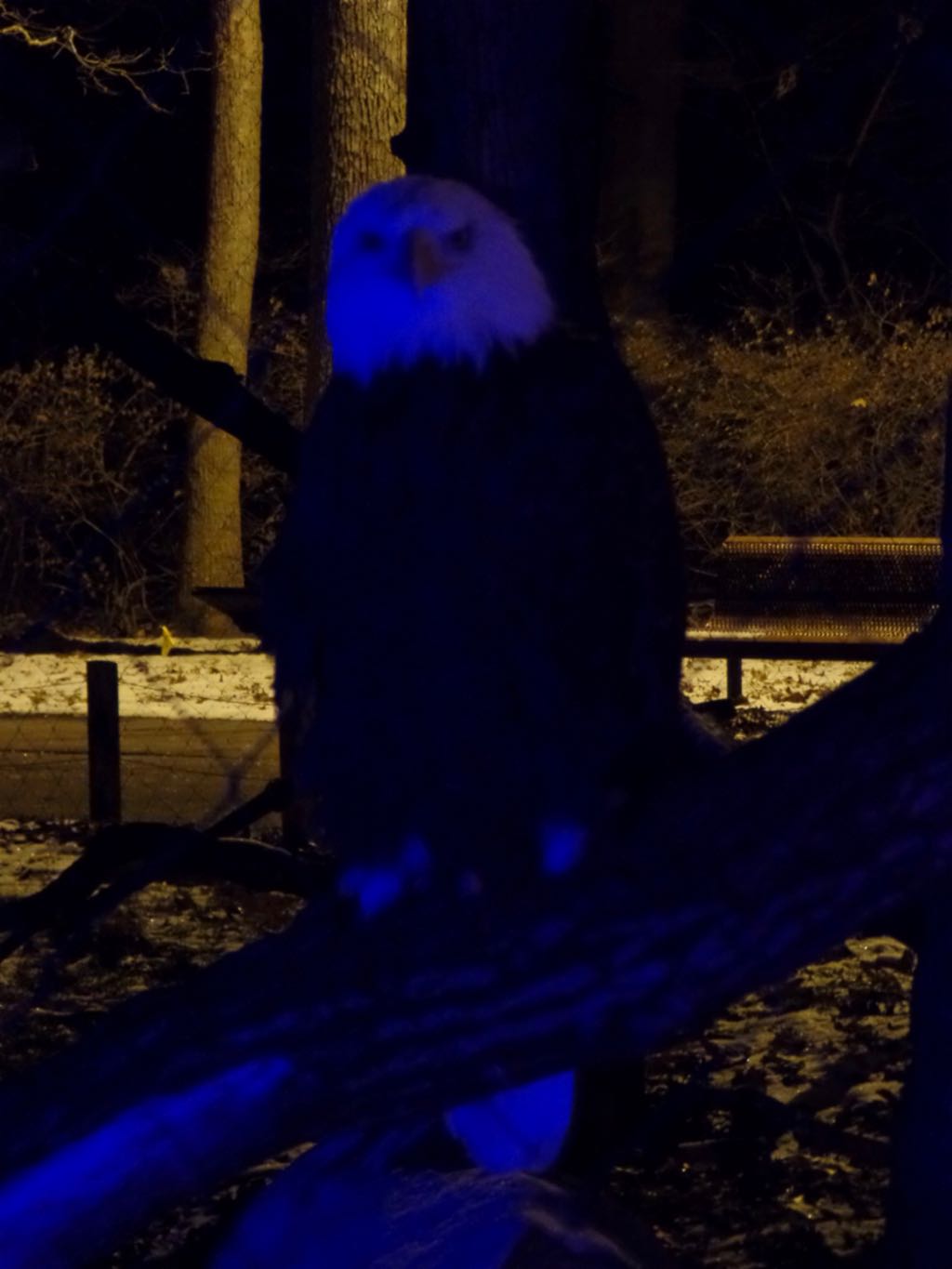 One of the bald eagles, putting up with all this. 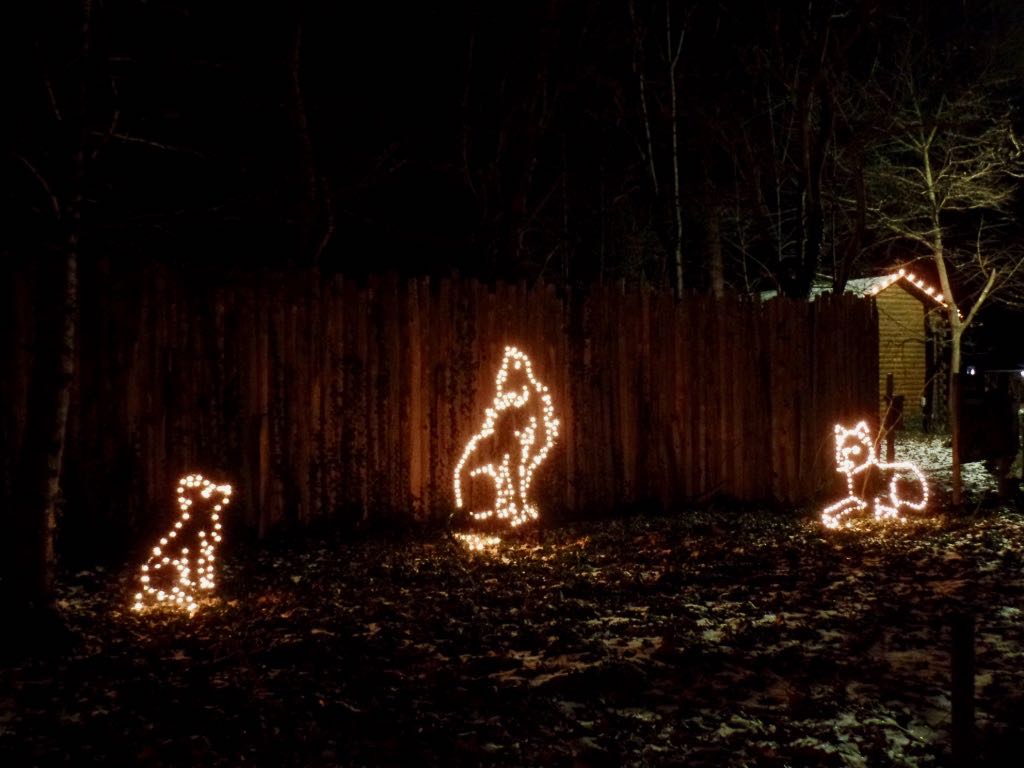 Wolf figures done up in lights. 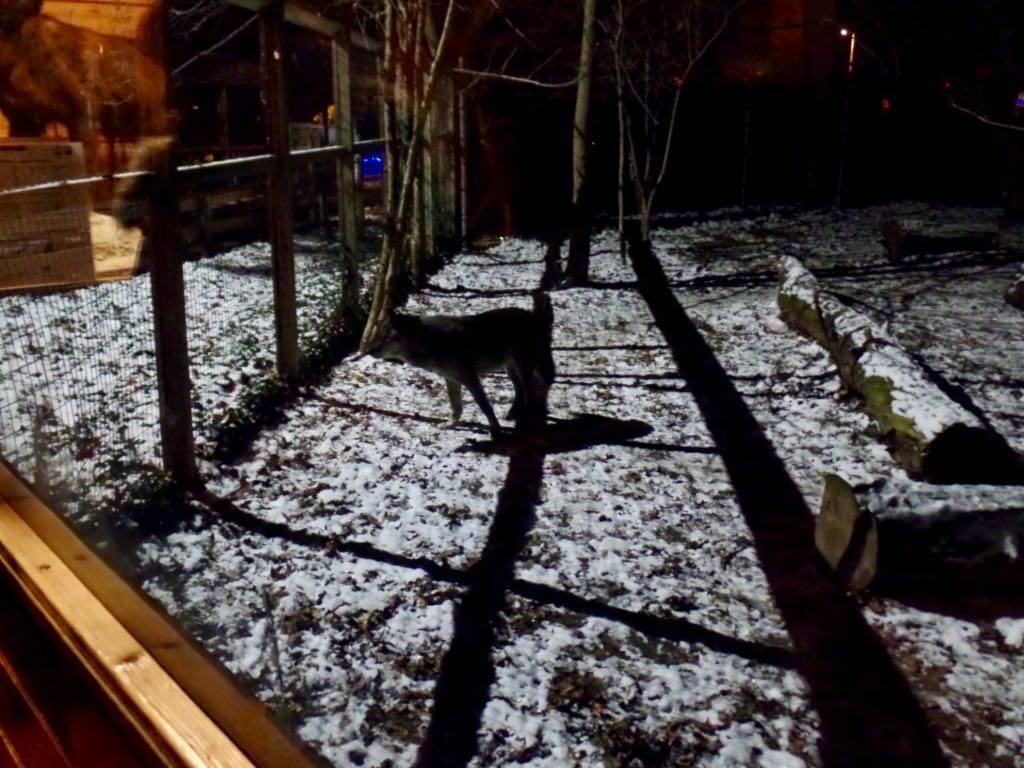 Actual wolf, one of a handful that we always just barely see in the park. 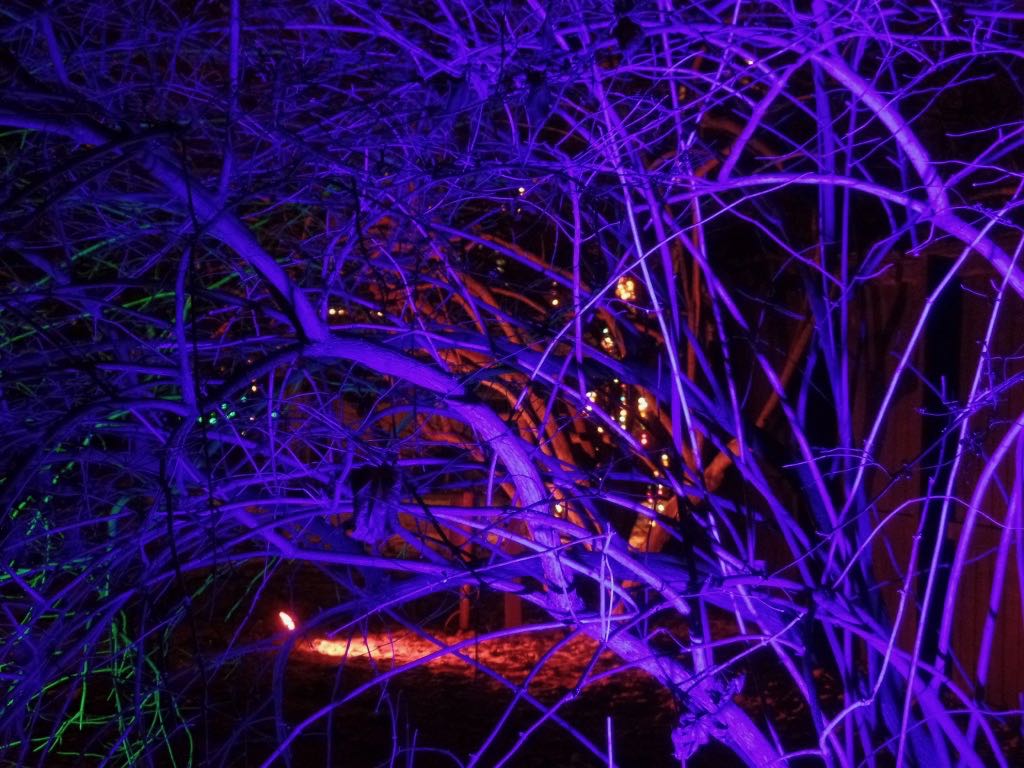 Mesh of tree branches that catch the light in gorgeous ways. 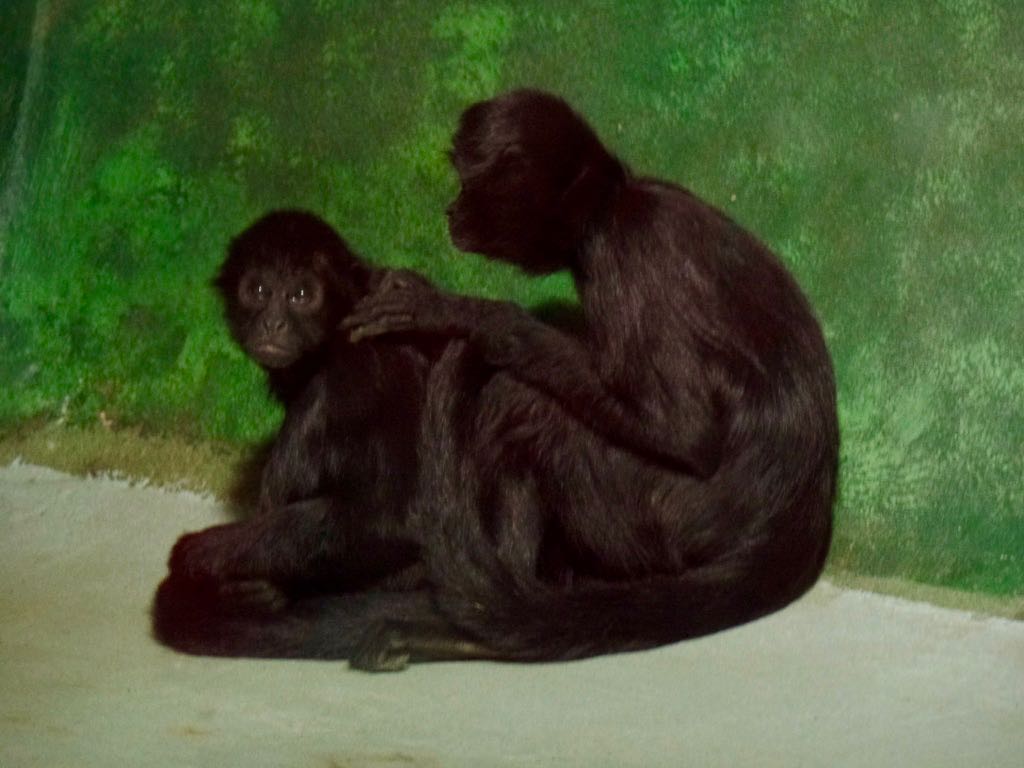 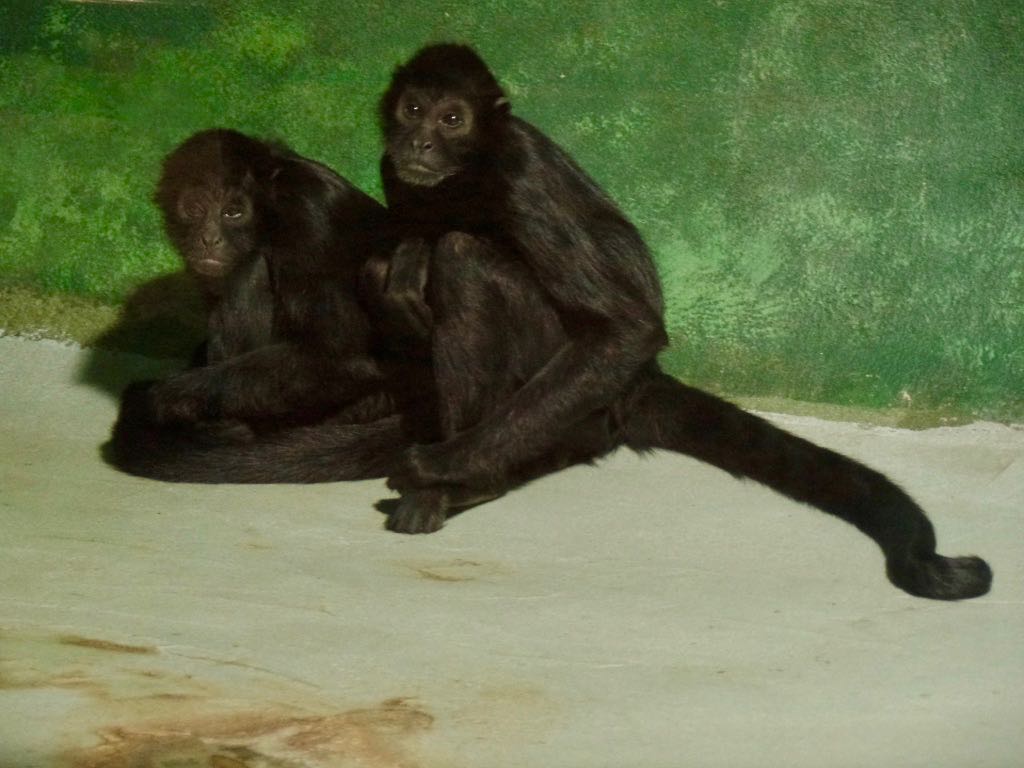 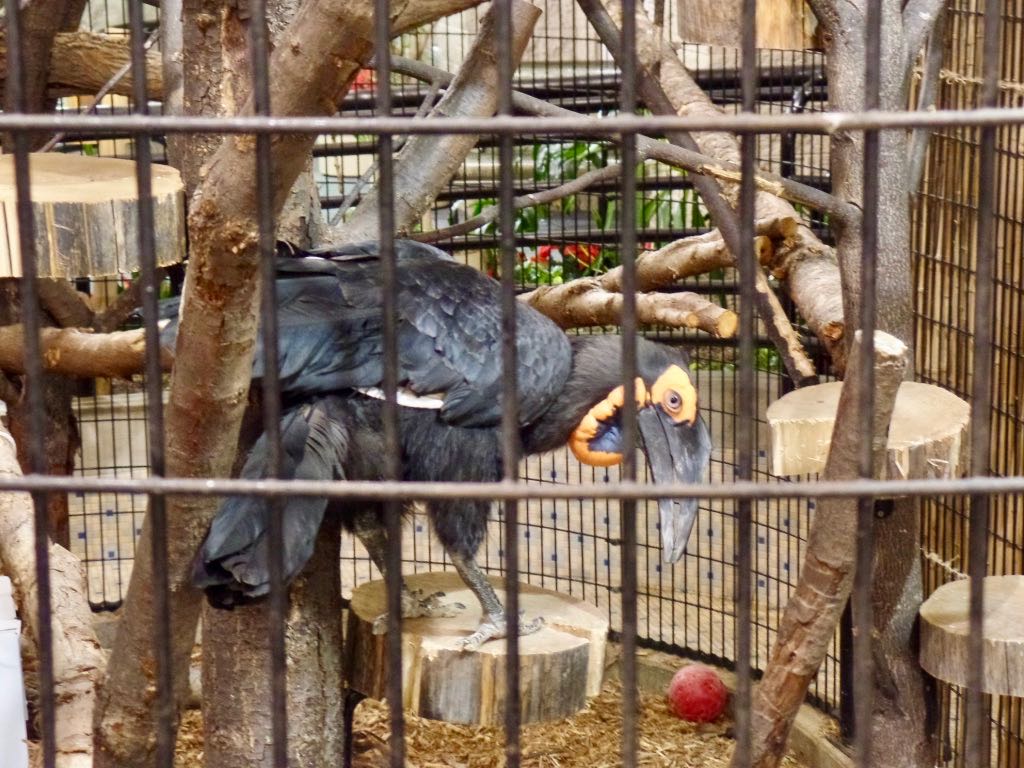 Toucan-class bird that's in the indoor enclosure where, in past years, they had lemurs hanging out for the winter. Not sure why the change in accommodations. We need to get to the zoo outside Christmastime more. 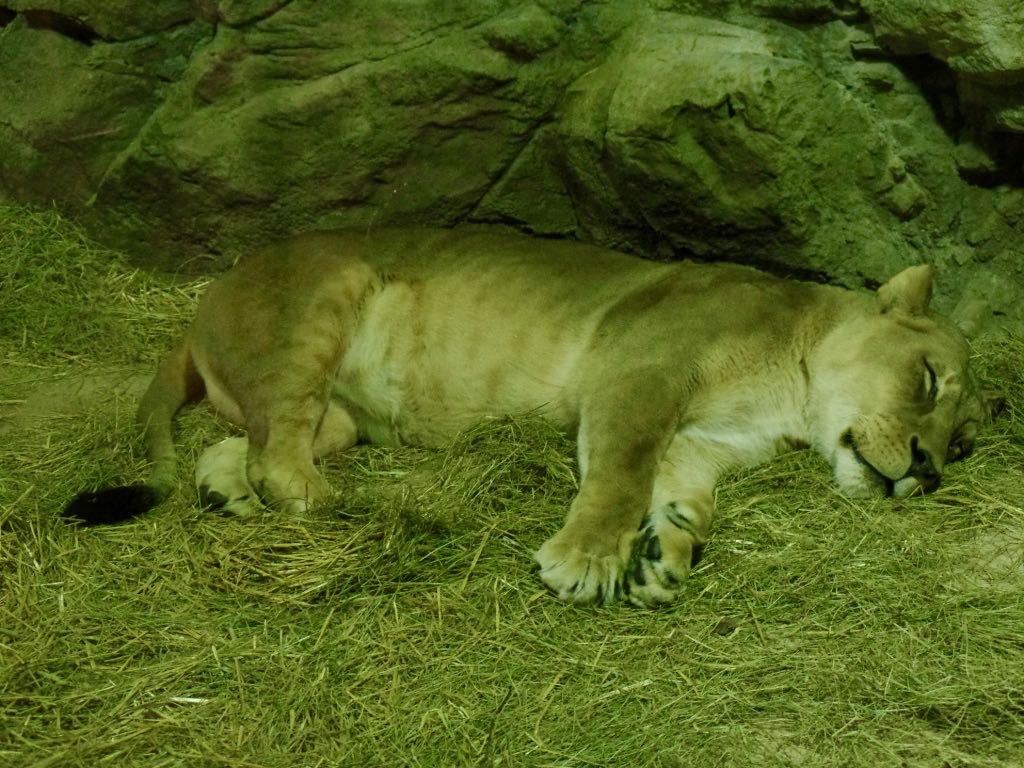 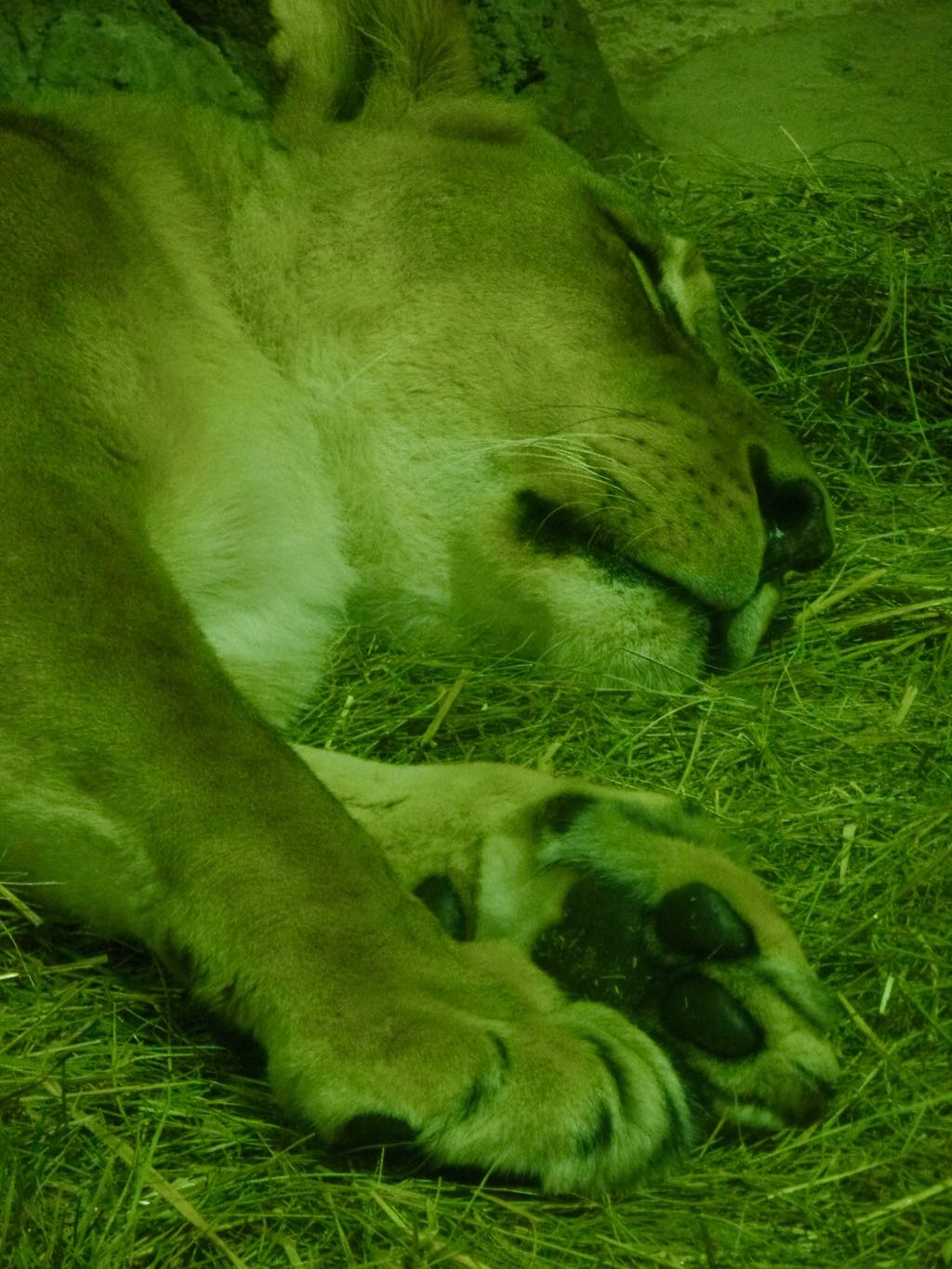 I believe we are supposed to say something about beans here?

Trivia: After the Treaty of Versailles, German champagne had to be called Sekt. Source: The German Empire, 1870 - 1918, Michael Stürmer. (The name Sekt had been in use before 1919, but German vintners had also used ``Champagne''.)

In the window of the grocery store to which I used to be sent after a pound of Mocha and Java mixed and a dozen of your best oranges, there was a cardboard figure of a clerk in a white coat pointing his finger at the passers-by. As I remember, he was accusing you of not taking home a bottle of Moxie, and pretty guilty it made you feel too.

PS: Using my A to Z Archives: Bijection, looking back at an older essay and what's changed in how I write these days.