Rye Playland has cancelled its season. Hate to hear of that, but it is better than parks trying to open and create a new plague pit. Meanwhile, Knoebels attempted to open with masks, telling people they were on their honor if they couldn't wear a mask for some reason. After one day of this they've acknowledged way too many people are taking advantage and they have to re-evaluate their plan.

Let me get to photographs of the Chinese Lunar New Year 2019 festival at the Meridian Mall. The cancellation of the 2020 New Year was the first thing we saw cancelled as part of the pandemic, so, this is the first of my photo rolls that's an end-of-the-before-times mood. 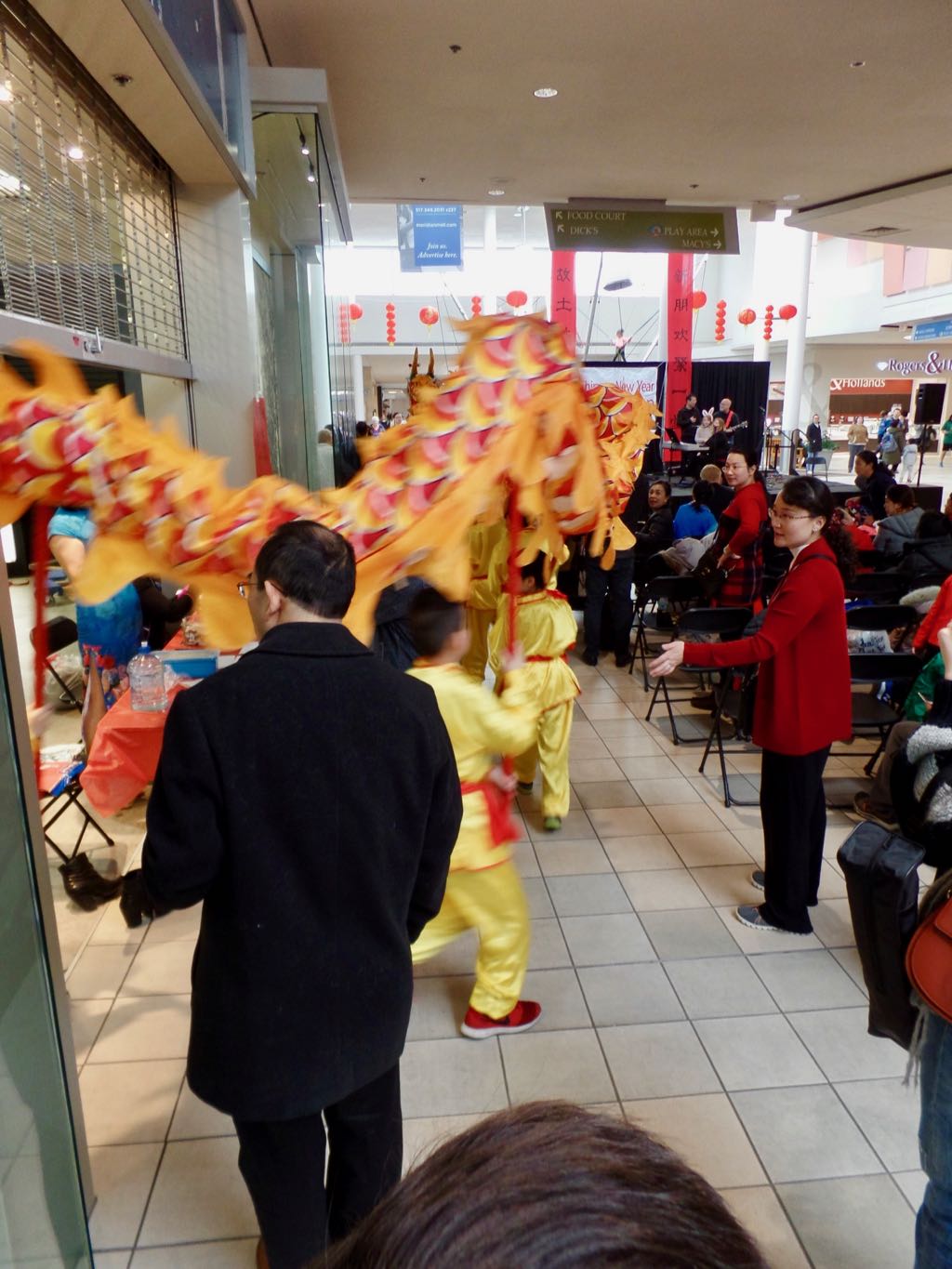 The Chinese Dragon being taken out of the prep room, ready for its march around the mall. 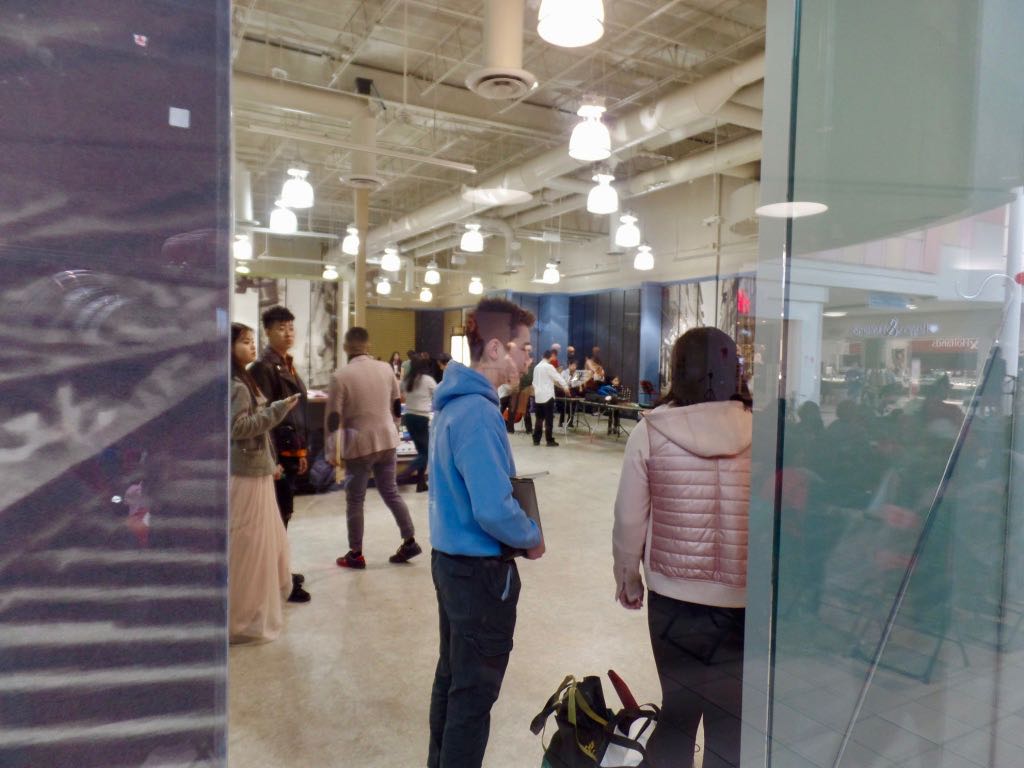 This long-empty store beside the performance area has been used for crafts and side projects during the New Year festivals a few times. 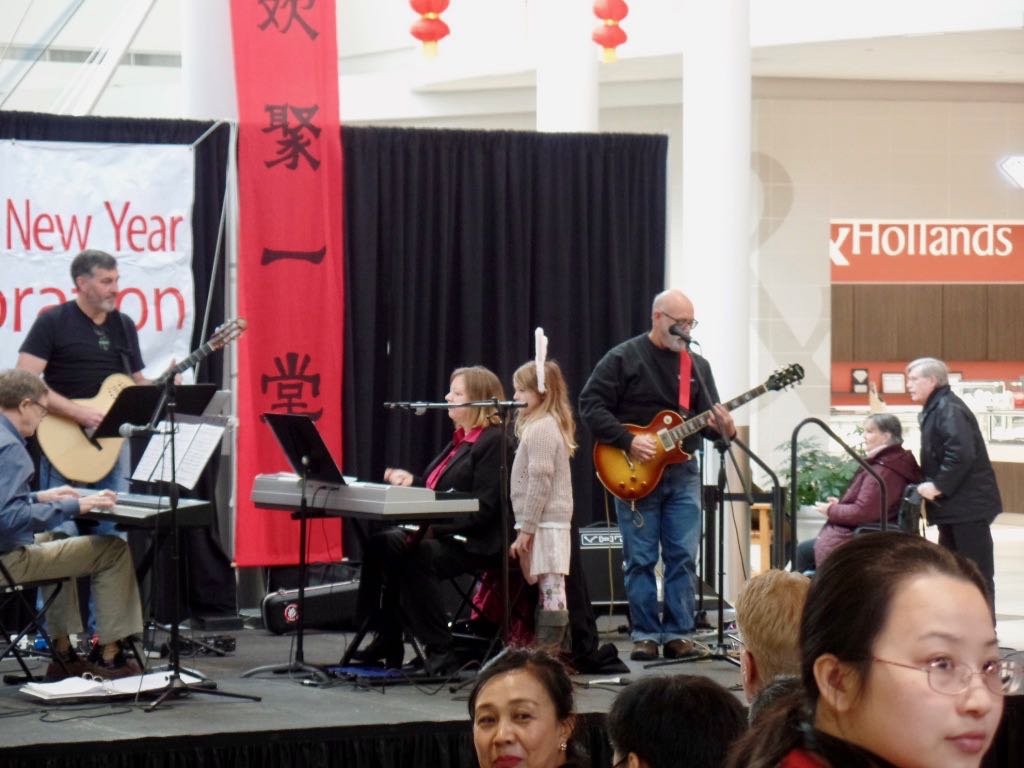 Warmup act: a couple performers playing folk tunes because there's not a tight thematic unity to these shows. 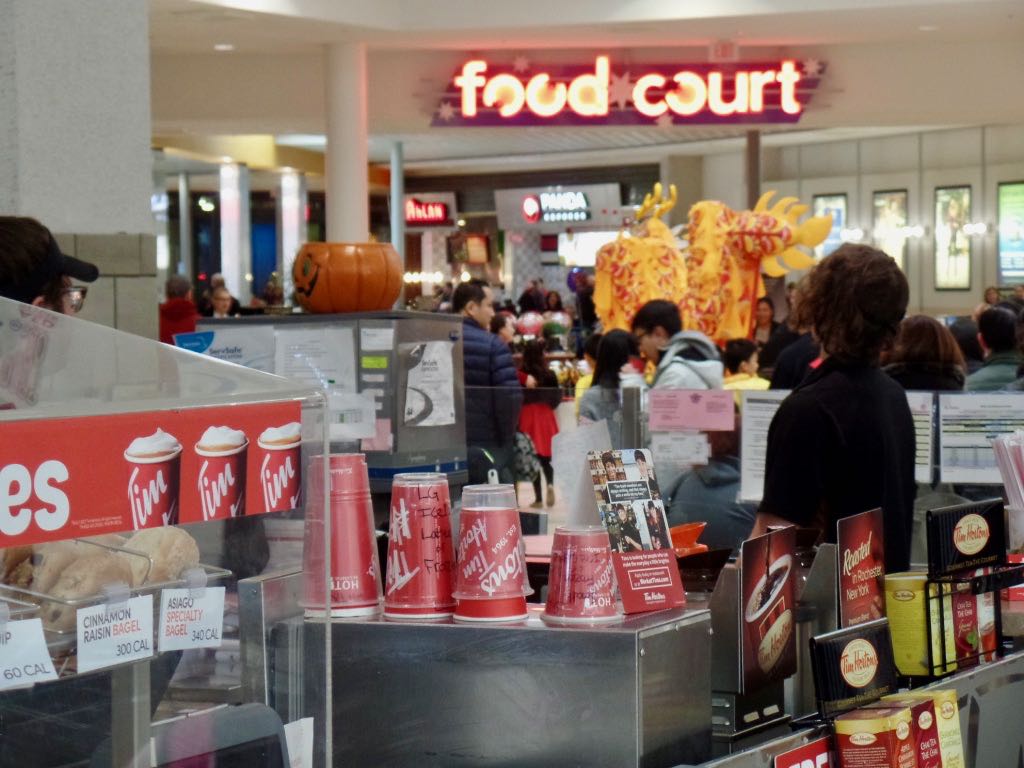 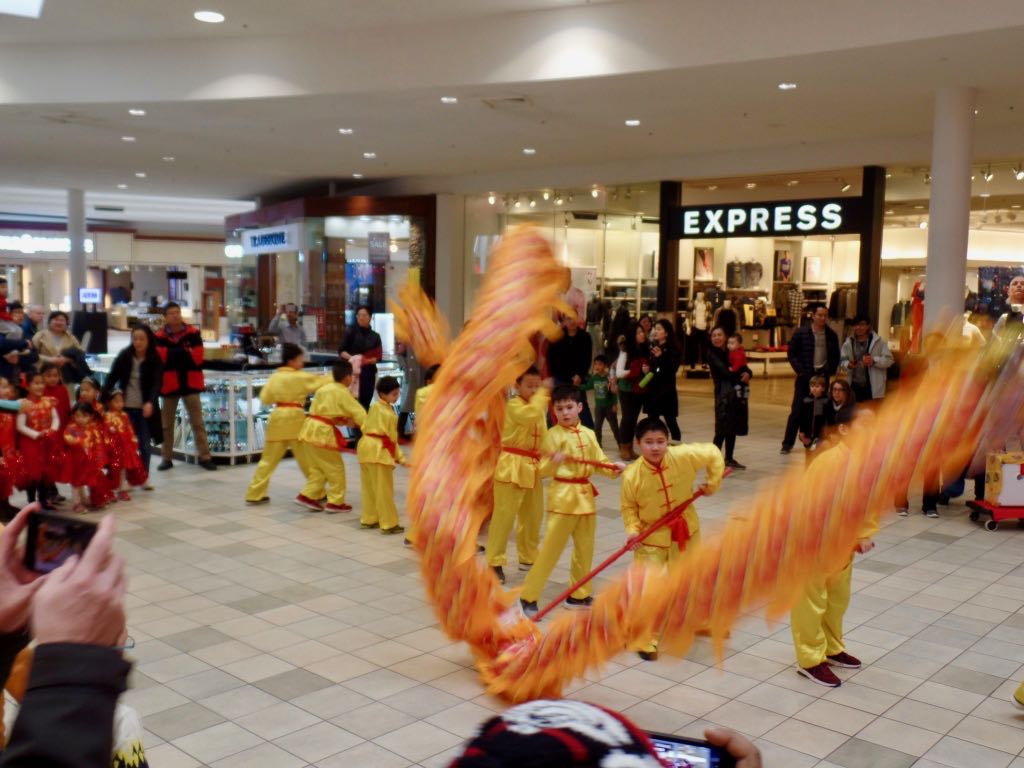 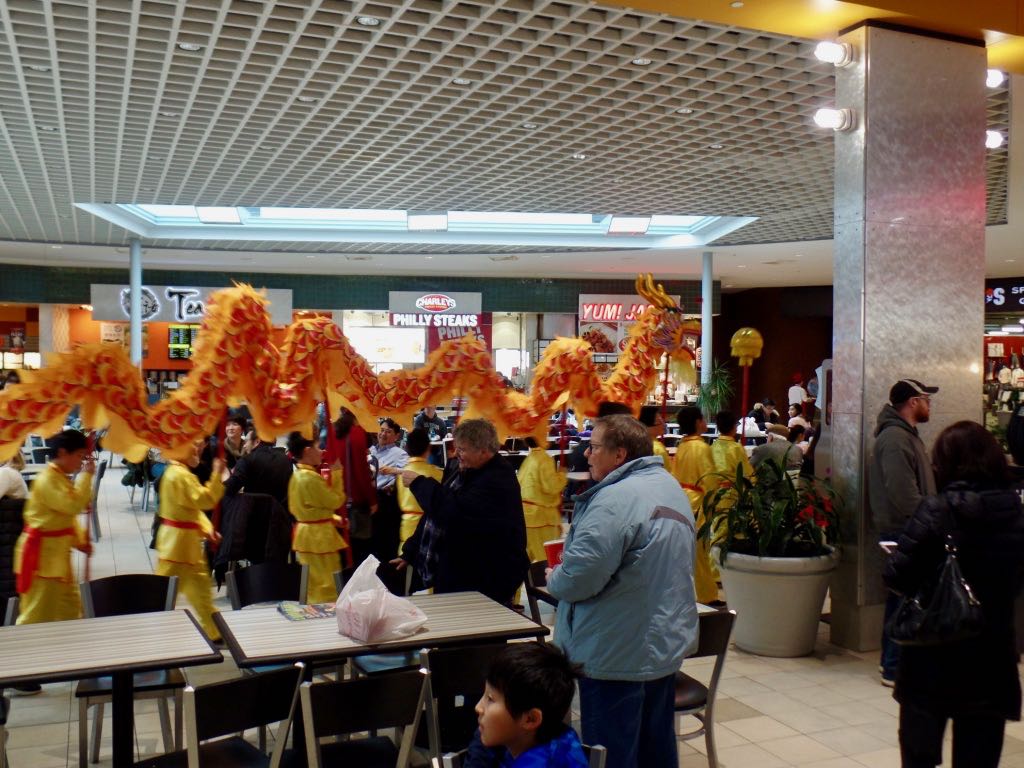 The dragon's headed off past Yum! Japan and over to the unattended arcade where they have the broken Star Trek pinball machine and also the tax-seasonal H&R Block office. 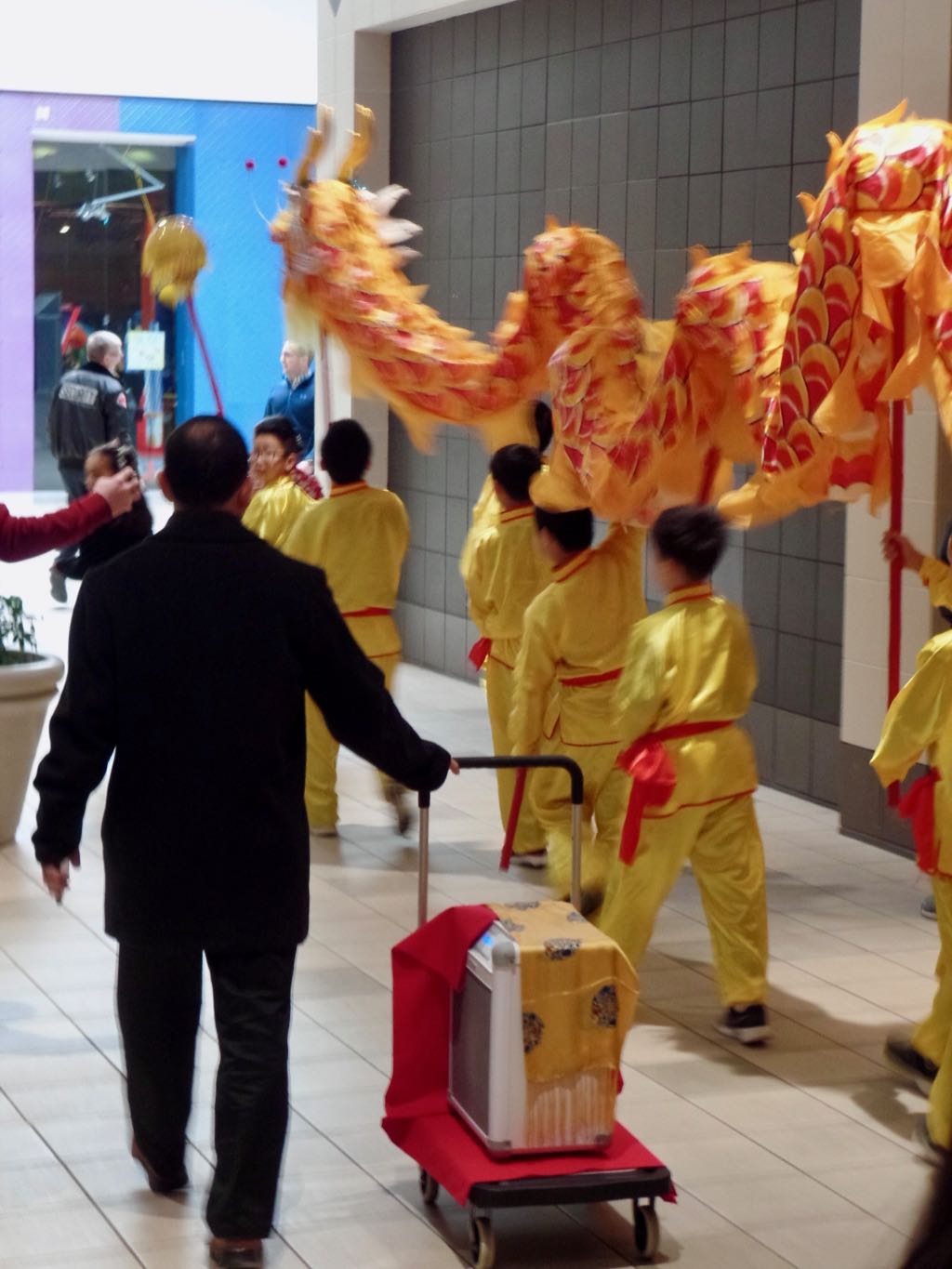 They didn't have live drumming for 2019; the machine provided the music instead. 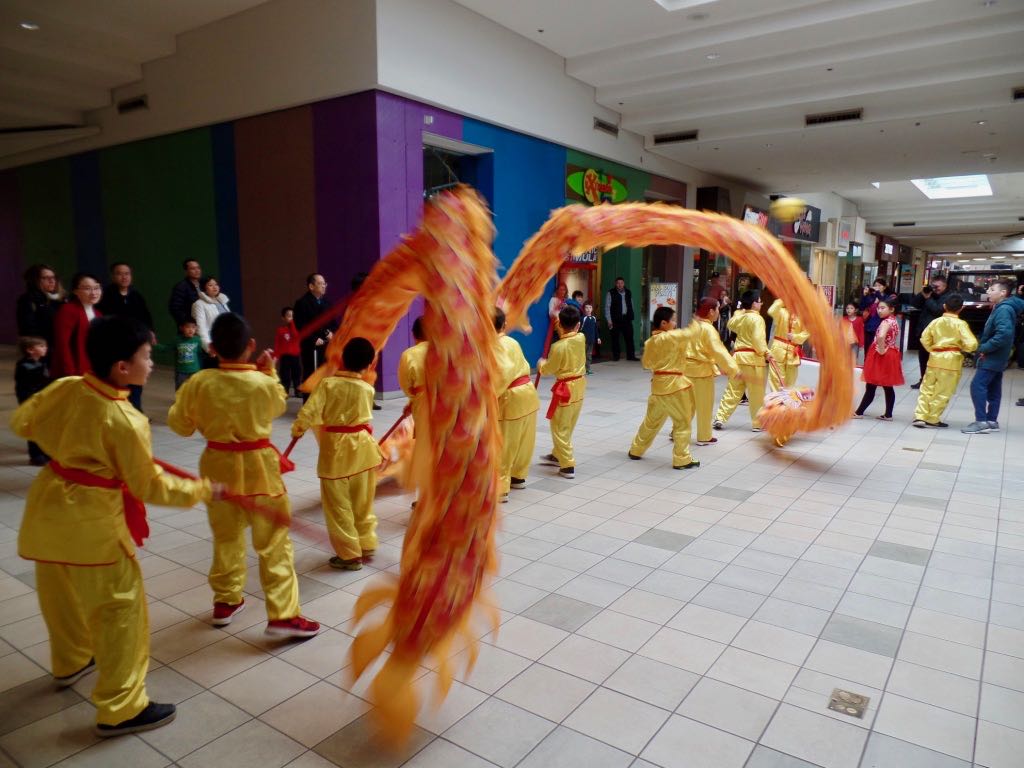 Dramatic dragon spiral in front of the X-treme Fun, a little kids entertainment place which held three pinball machines and which has, sad to say, been closed by the pandemic shutdown. 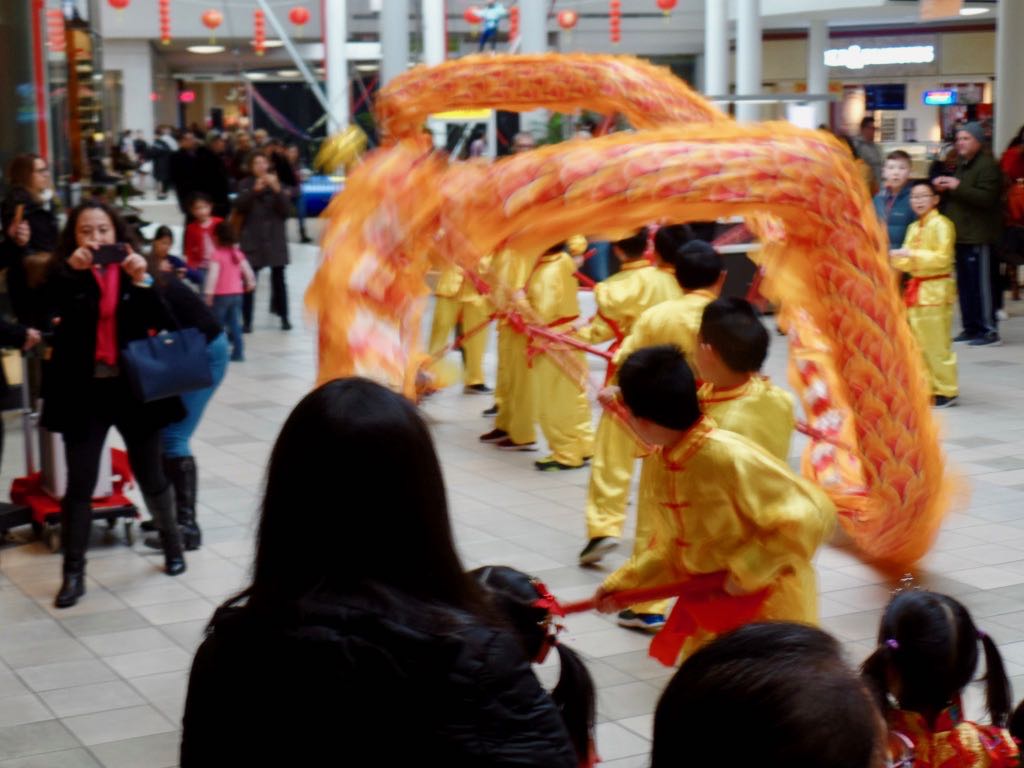 Another dragon spiral! You can see the stage in the far background. 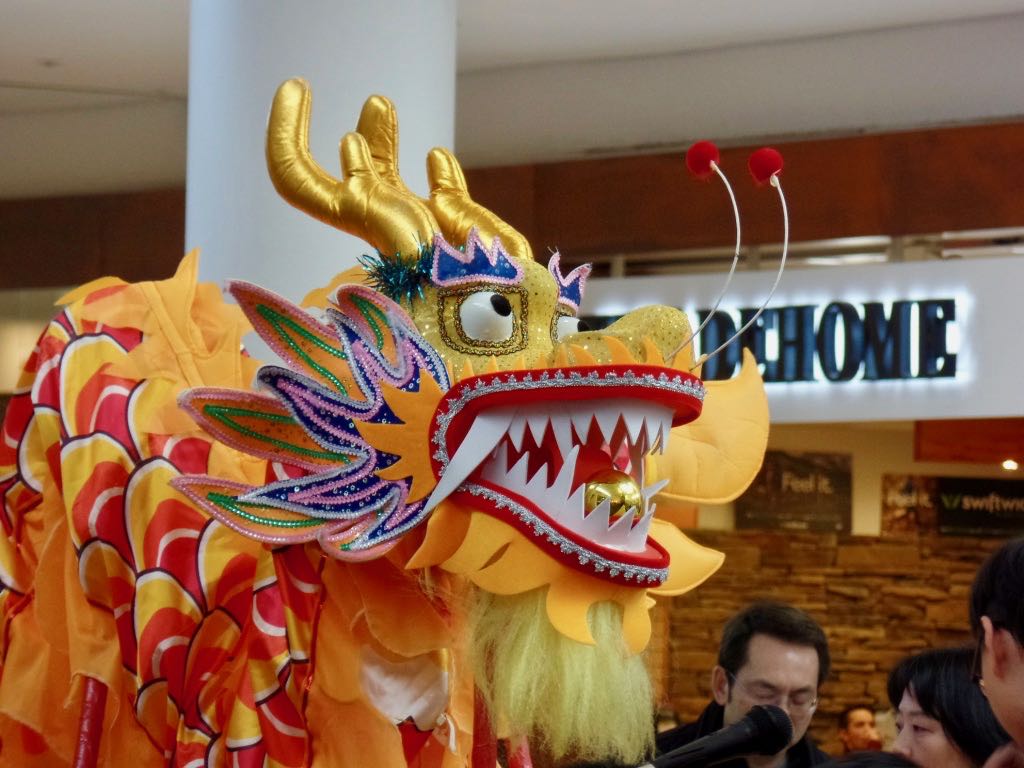 The dragon's head and a good view of its barbs. 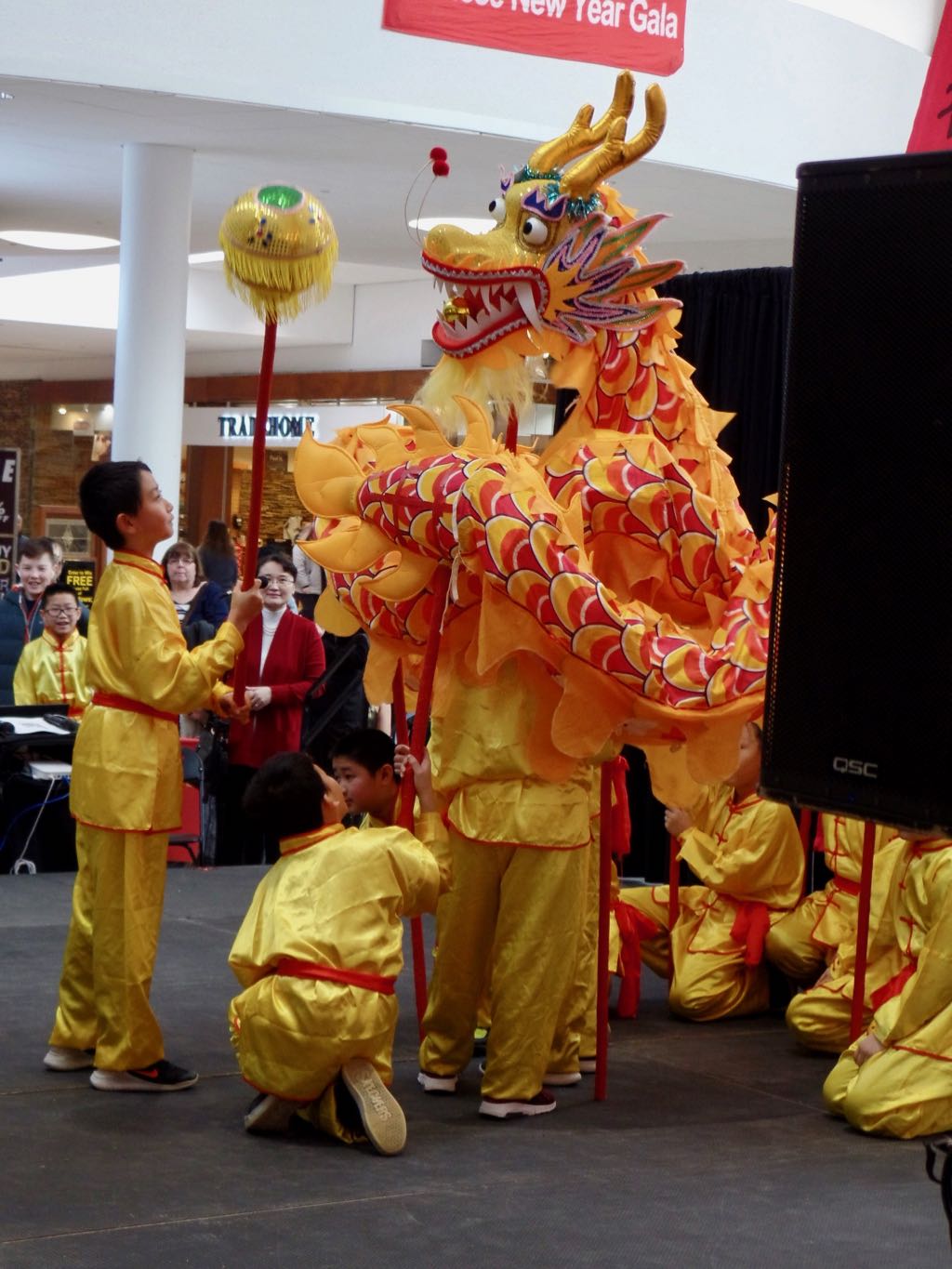 The dragon's completed the march around the mall and her stands up on stage for a bit of appreciation by the seated audience. 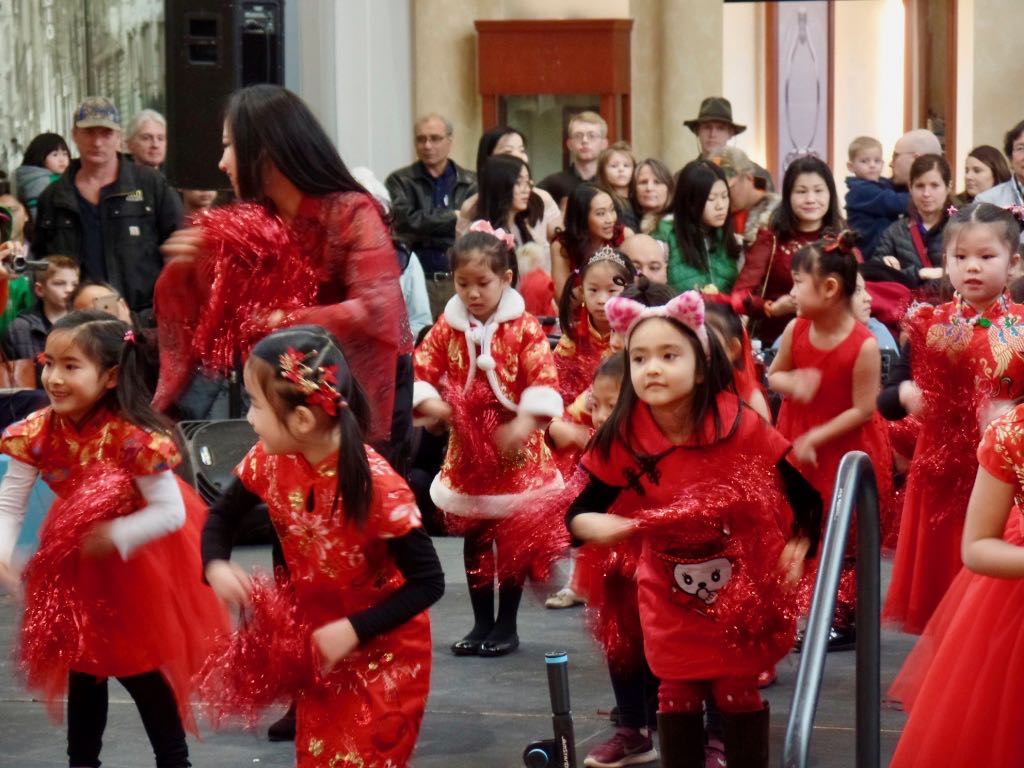 A flock of kids doing a dance. 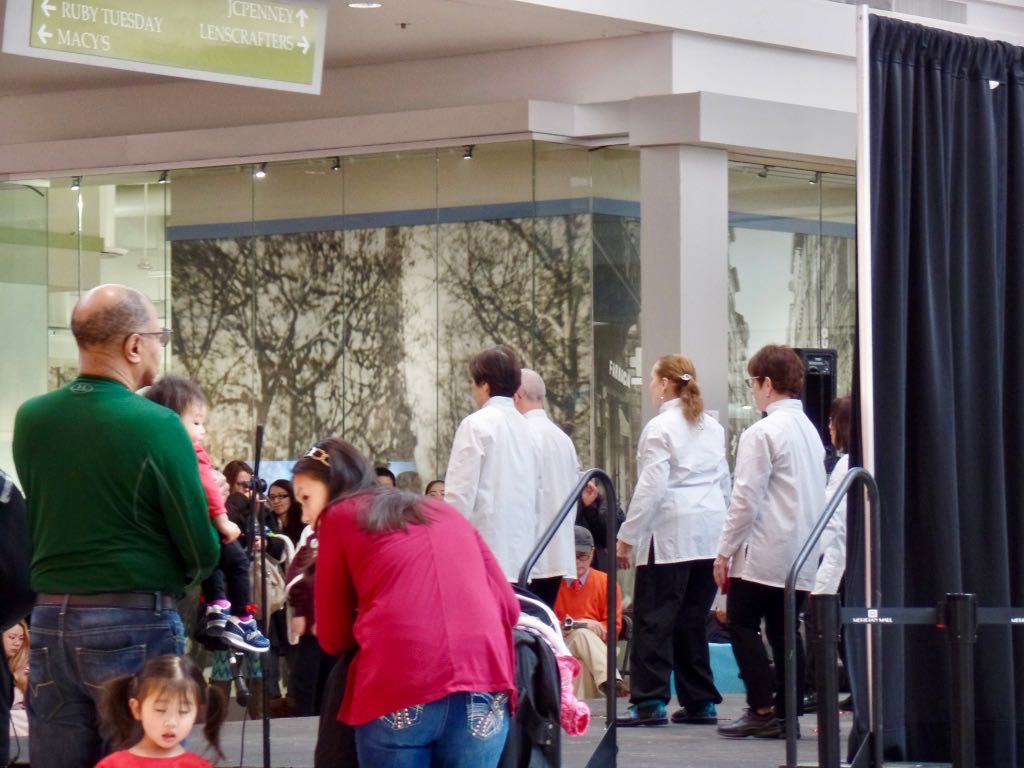 The Tai Chi demonstration, as seen from behind, because somehow I always end up at the weird angle for this. 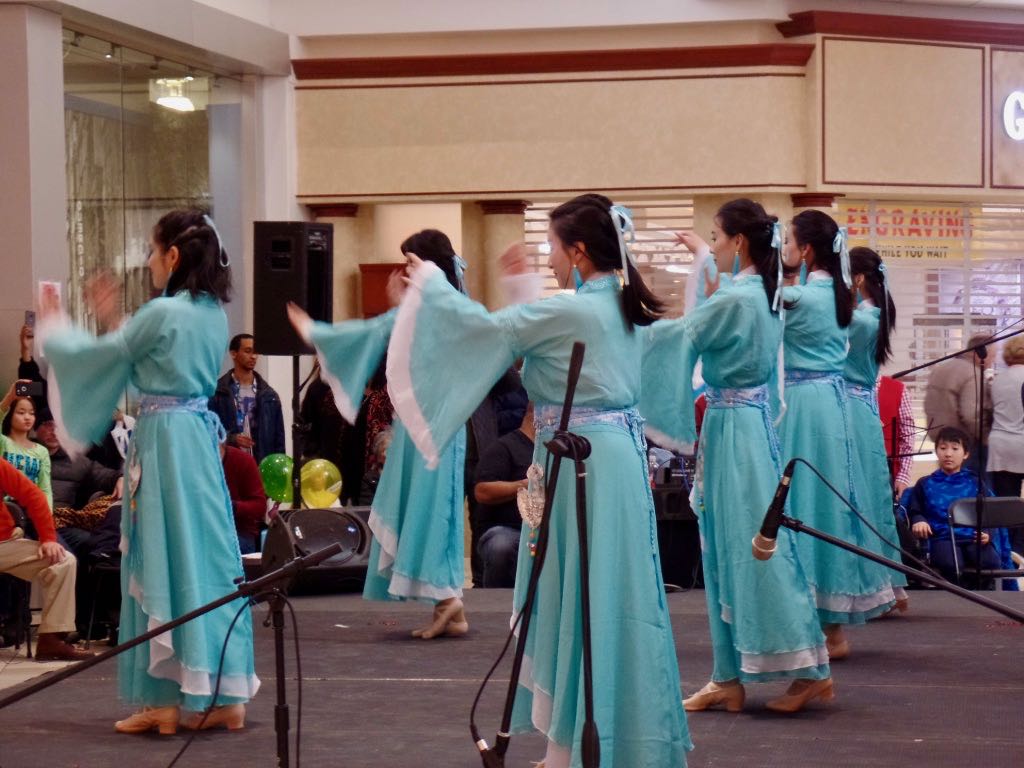 I forget what this demonstration was. Some years I take a photograph of the program but I think this year they didn't have one taped to the wall. 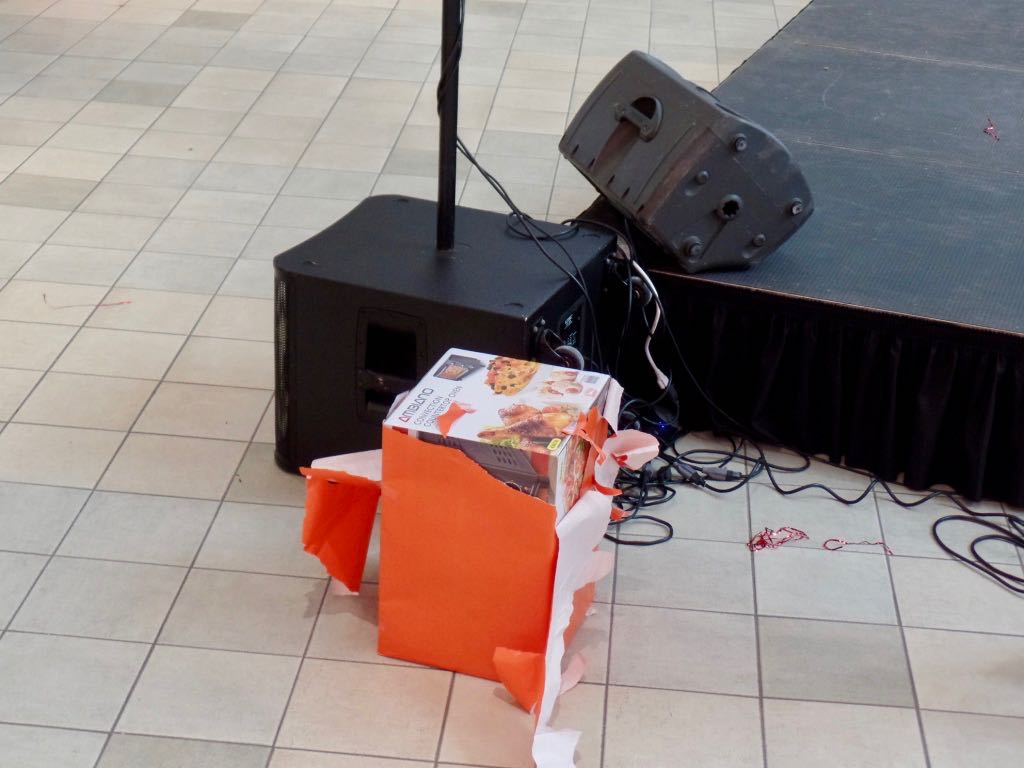 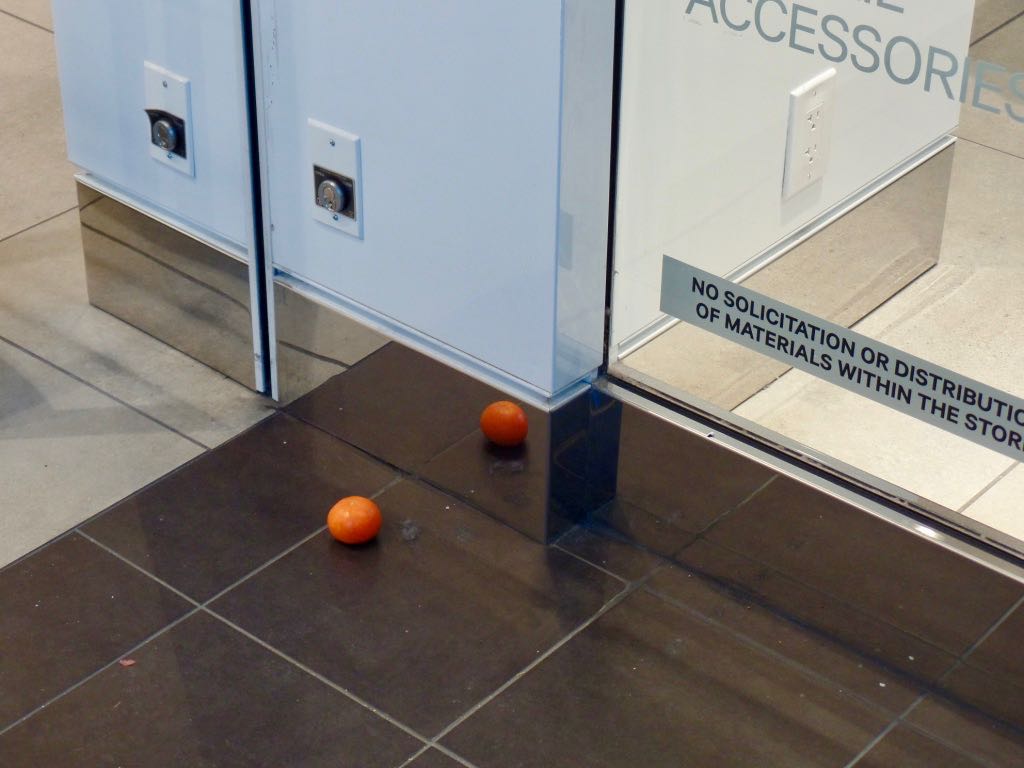 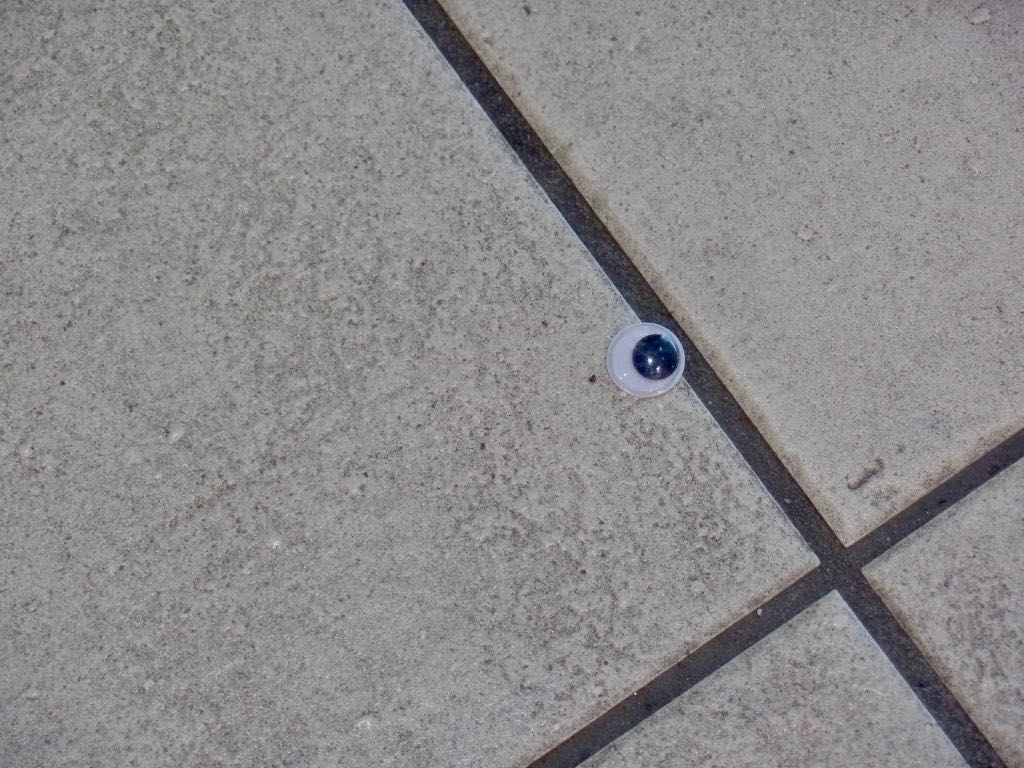 And someone's trying to make the floor have googly eyes.