I wish maybe they'd tear down the walls of this theater

bunny_hugger will not, if things hold up the next month and a half, have to return to campus for the plague pit. She still has to teach her class schedule ``synchronously'', giving a talk live on web-cam to students who either watch in a classroom or at their own dorm rooms before the campus has to close for plague. But she should avoid being directly in the danger zone for this.

To my humor blog, and the recap of recent posts on that. Hope you enjoy. I did.

I also have a fresh big essay up in My All 2020 Mathematics A to Z: Complex Numbers. It's a topic I've discussed before, but there's always more material to explore and here I share some of that.

To pictures! Today's is maybe the grabbiest bag of things, including a moment of ordinary nothing-particular at the local pinball venue, our pet rabbit exploring, a bit at Marvin's Marvelous Mechanical Museum, and then the handful of snaps I took at a pinball tournament in our local venue. 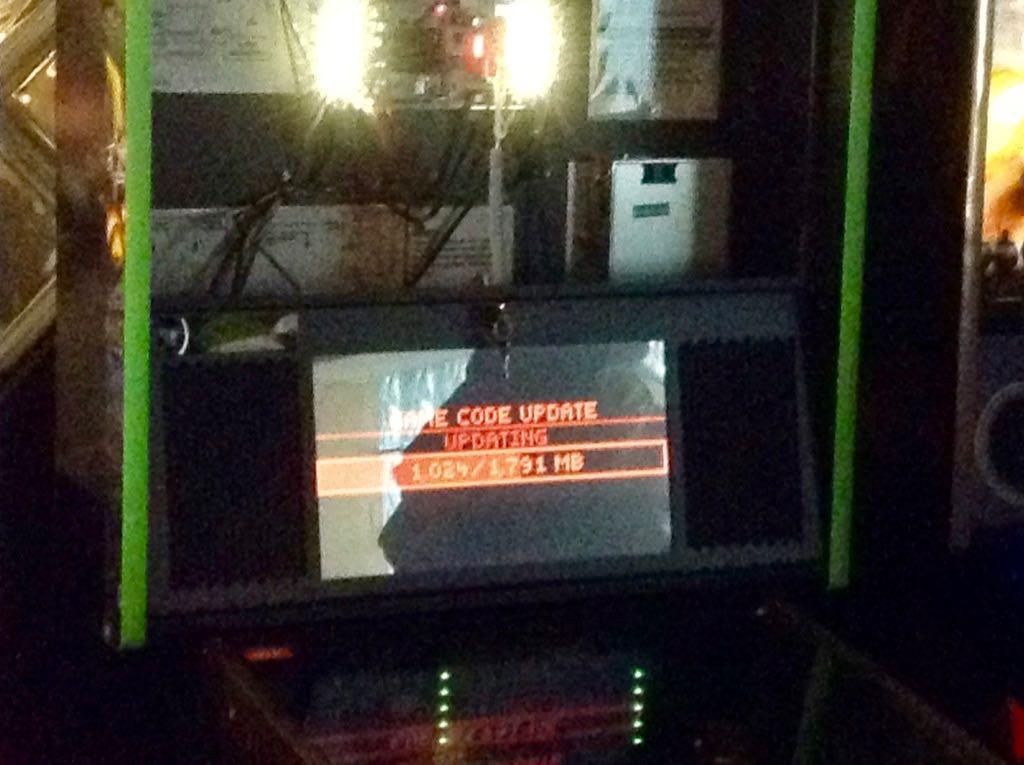 Work being done on the Ghostbusters pinball machine. So nowadays it's easy to update the code on a pinball machine; all you need is to stick in a USB drive. This also means that they never really finish the code for a game and are changing rules and putting new rules in for years after a game comes out. So, there's good and there's bad. 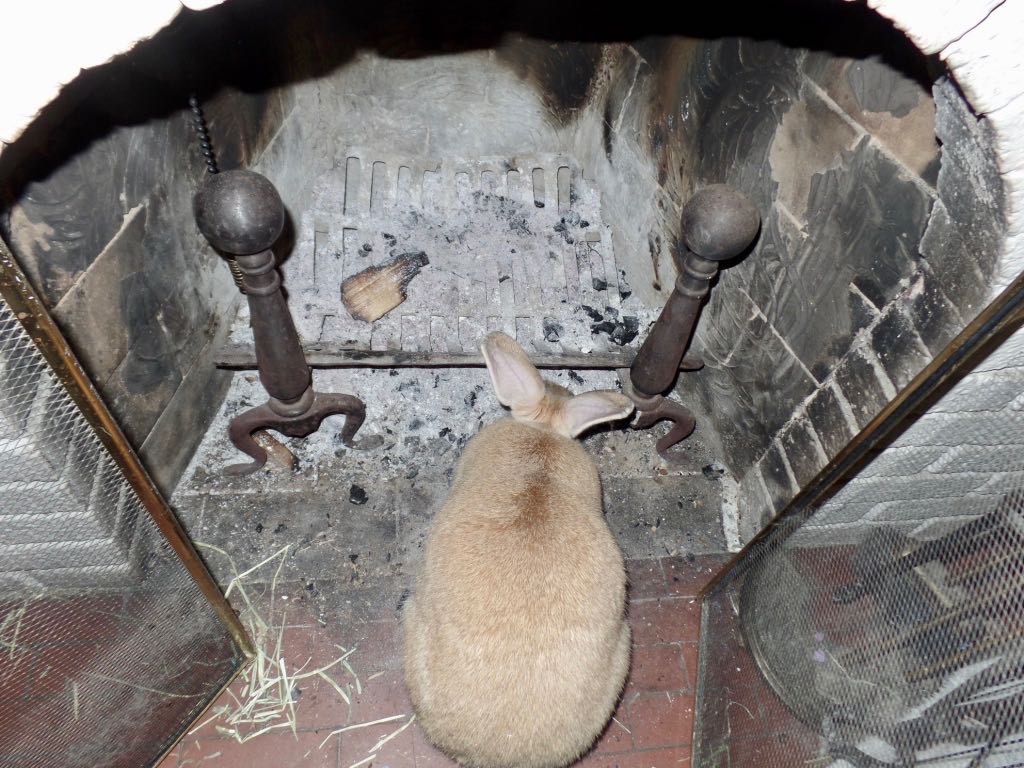 Our pet rabbit absolutely hates the lighting of a fire, so we knew what would happen this time when she got past the fireplace grate and could face down her nemesis directly; it would be ... 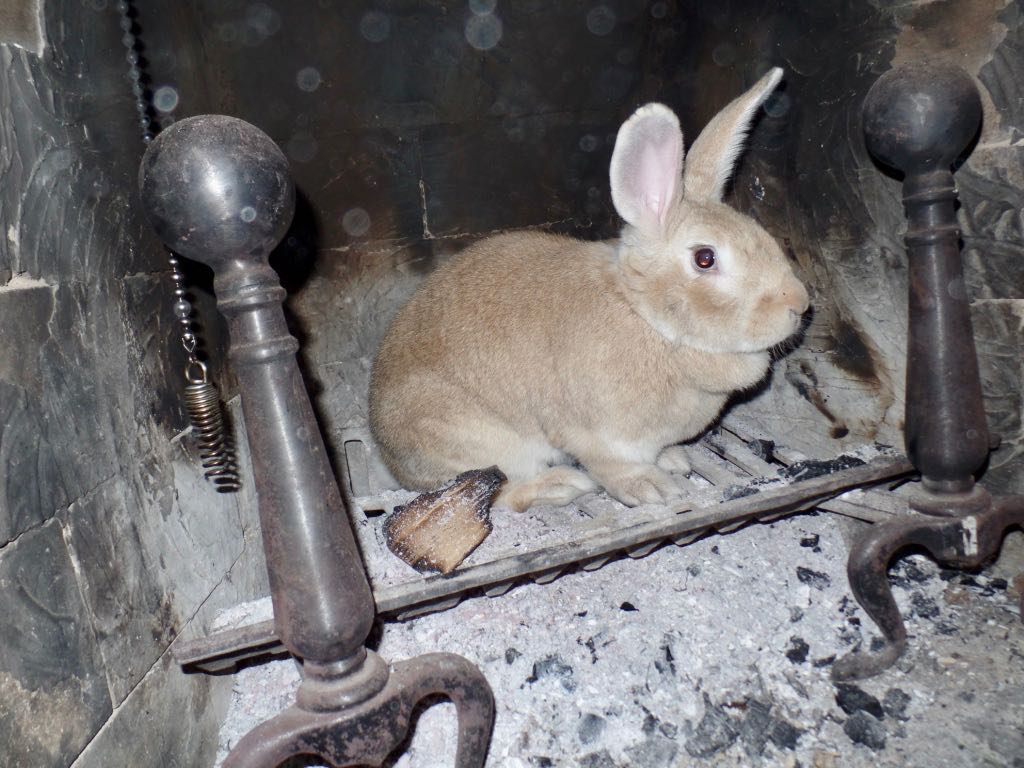 Uh, all right. You know that's the working end of the fireplace, right? Uhm ... Also she chewed on that bit of wood. 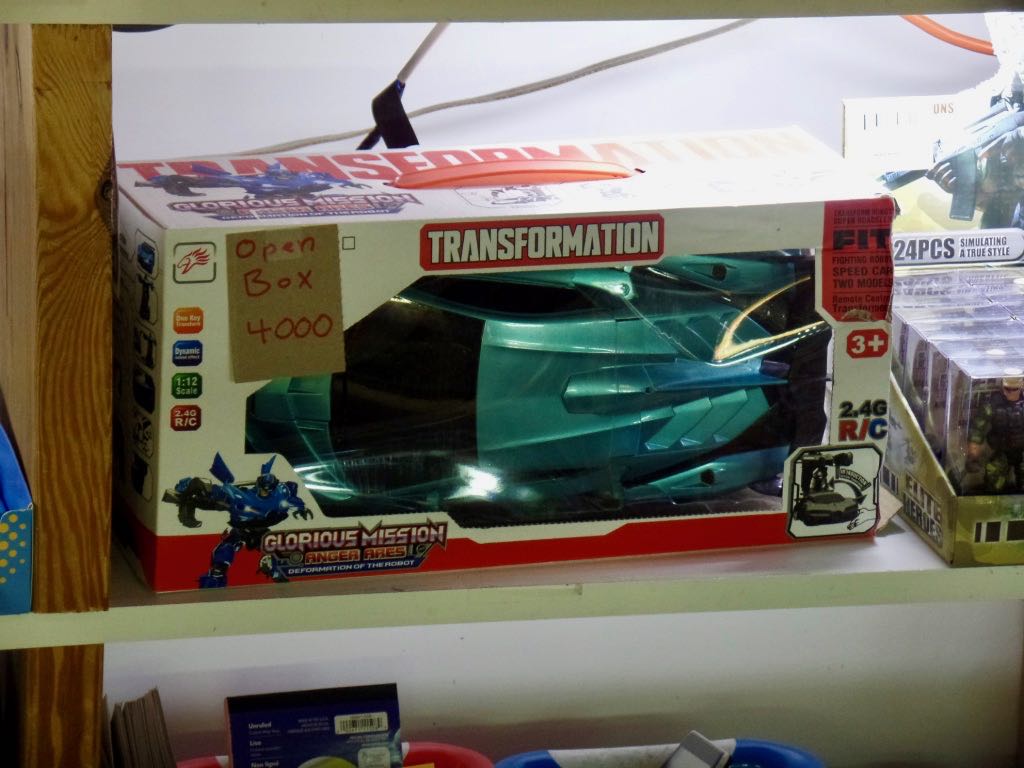 Redemption prize at Marvin's Marvelous. Spoiler: it doesn't actually transform you worth anything. 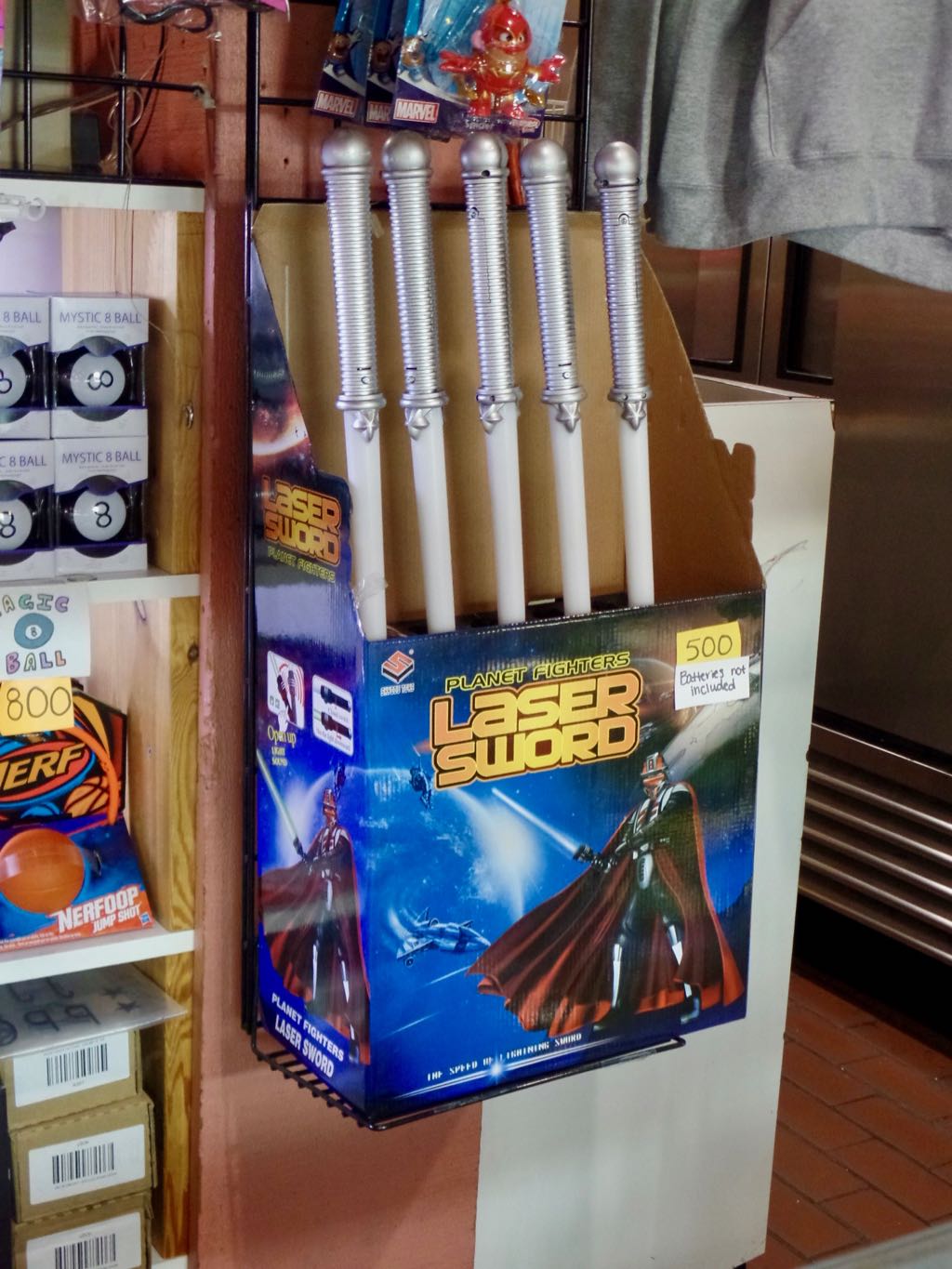 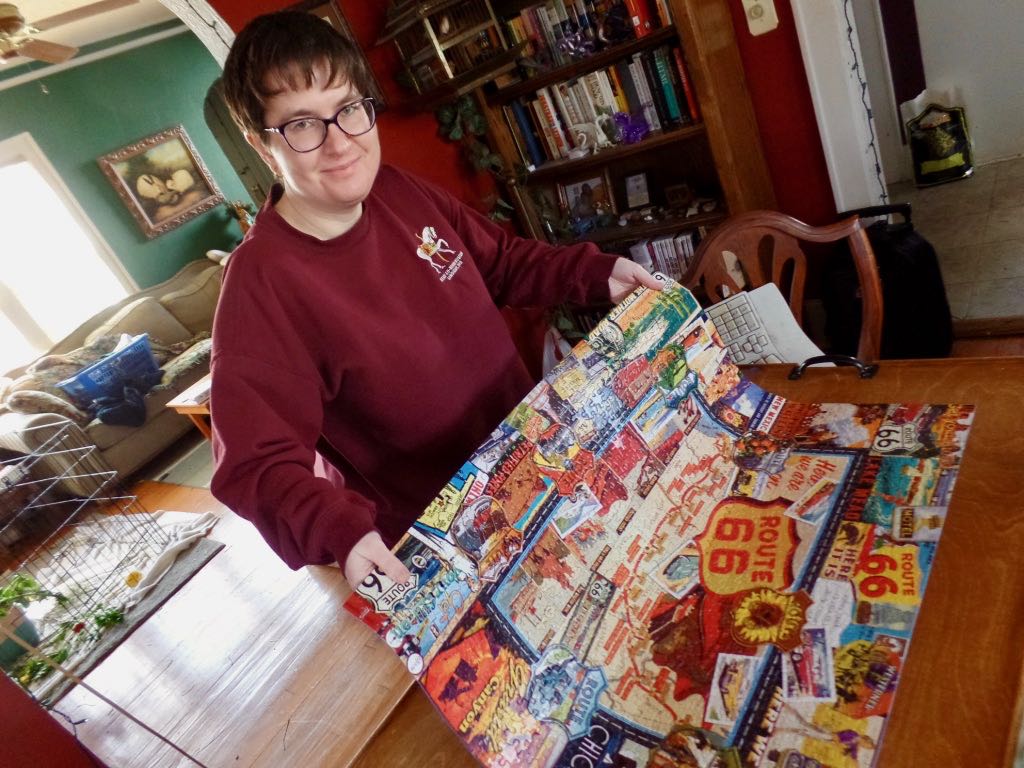 bunny_hugger assembled this nice Route 66 jigsaw puzzle. Did you know when a quality jigsaw puzzle is assembled the pieces will hold together surprisingly well? Here she holds it up like a blanket and you know, you can get an end held up two or more feet before a puzzle like this falls apart? (Lower-quality ones won't hold up so high.) 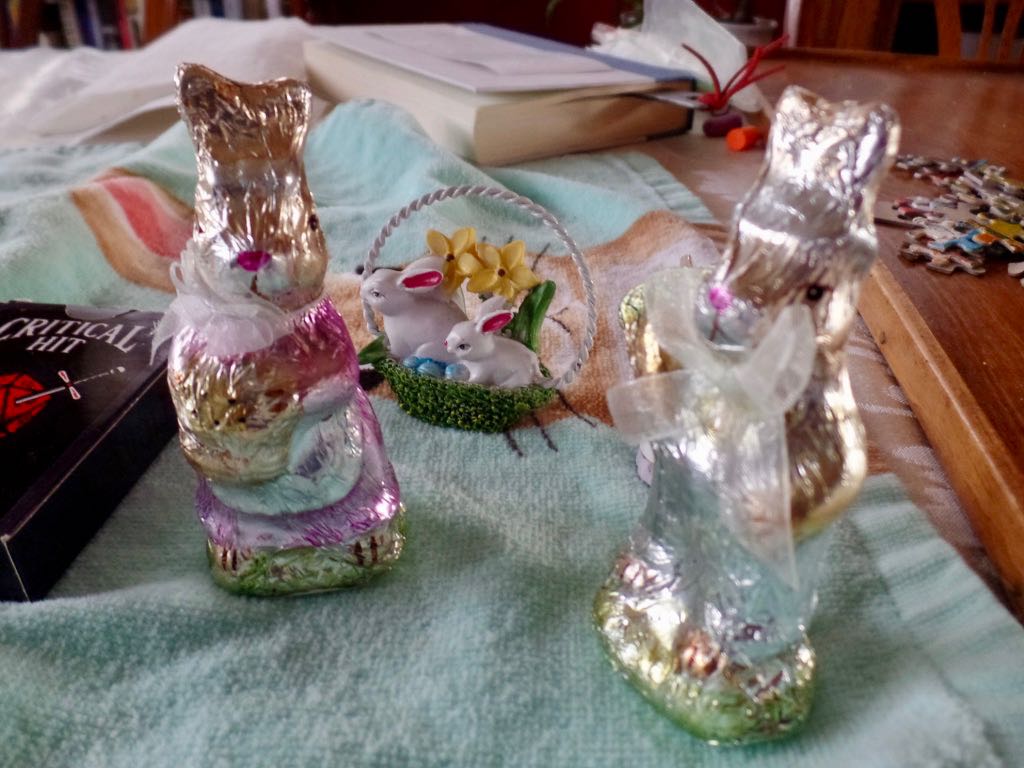 Parts from Michael's, to be assembled into the trophies for March Hare Madness, a pinball tournament with a twist. That twist? The Critical Hit card deck to the left, which allows competitors to do things like force someone else to swap scores with them, or to force them to stop playing their ball right then and there or other bits of mischief. Why is that allowed in a sanctioned pinball tournament? That's a good question which gets right to the heart of the matter, which is unexplained. 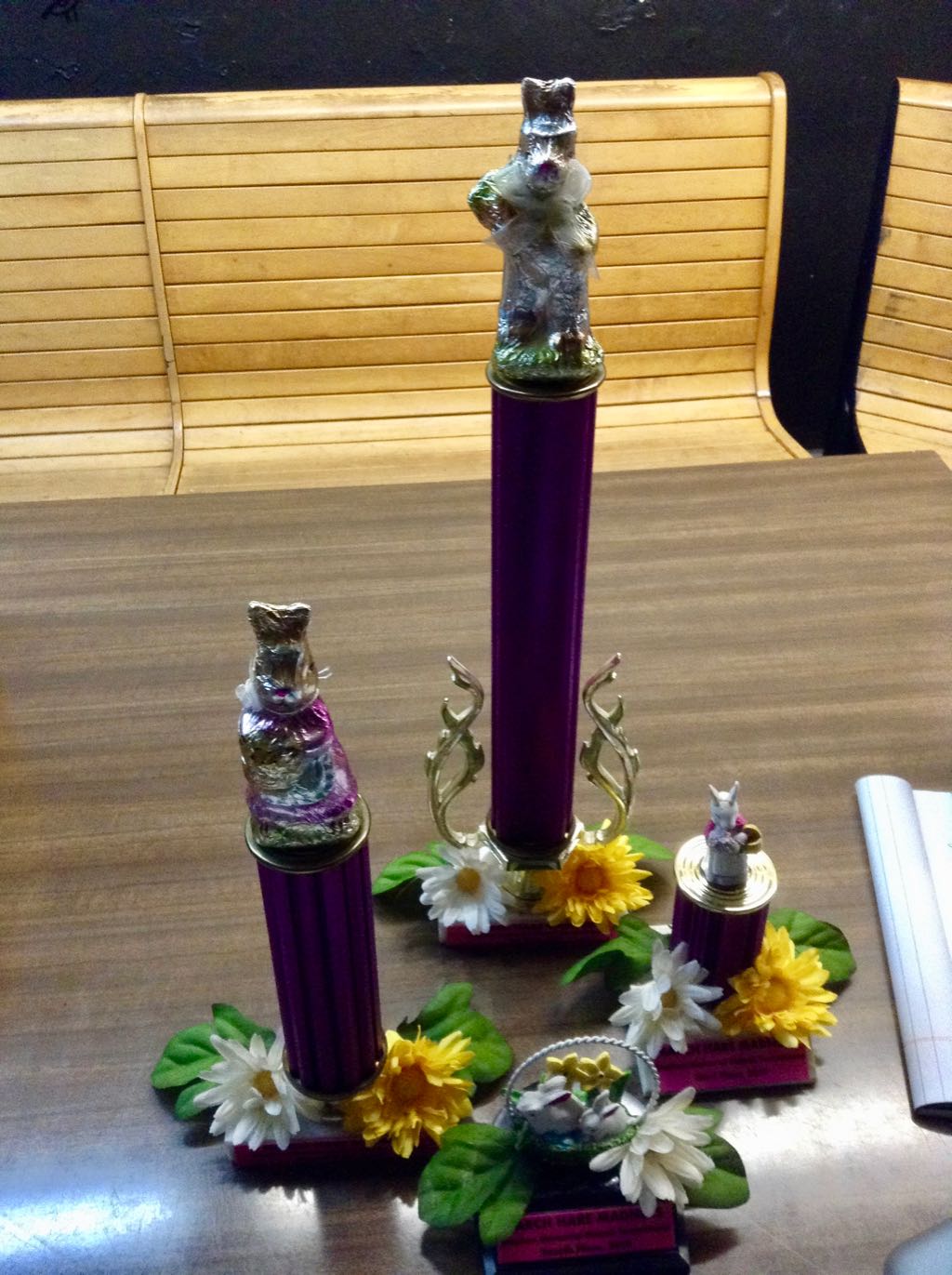 The trophies for March Hare Madness, arranged on the official pinball events table for everyone to appreciate. We would bring home two of them. 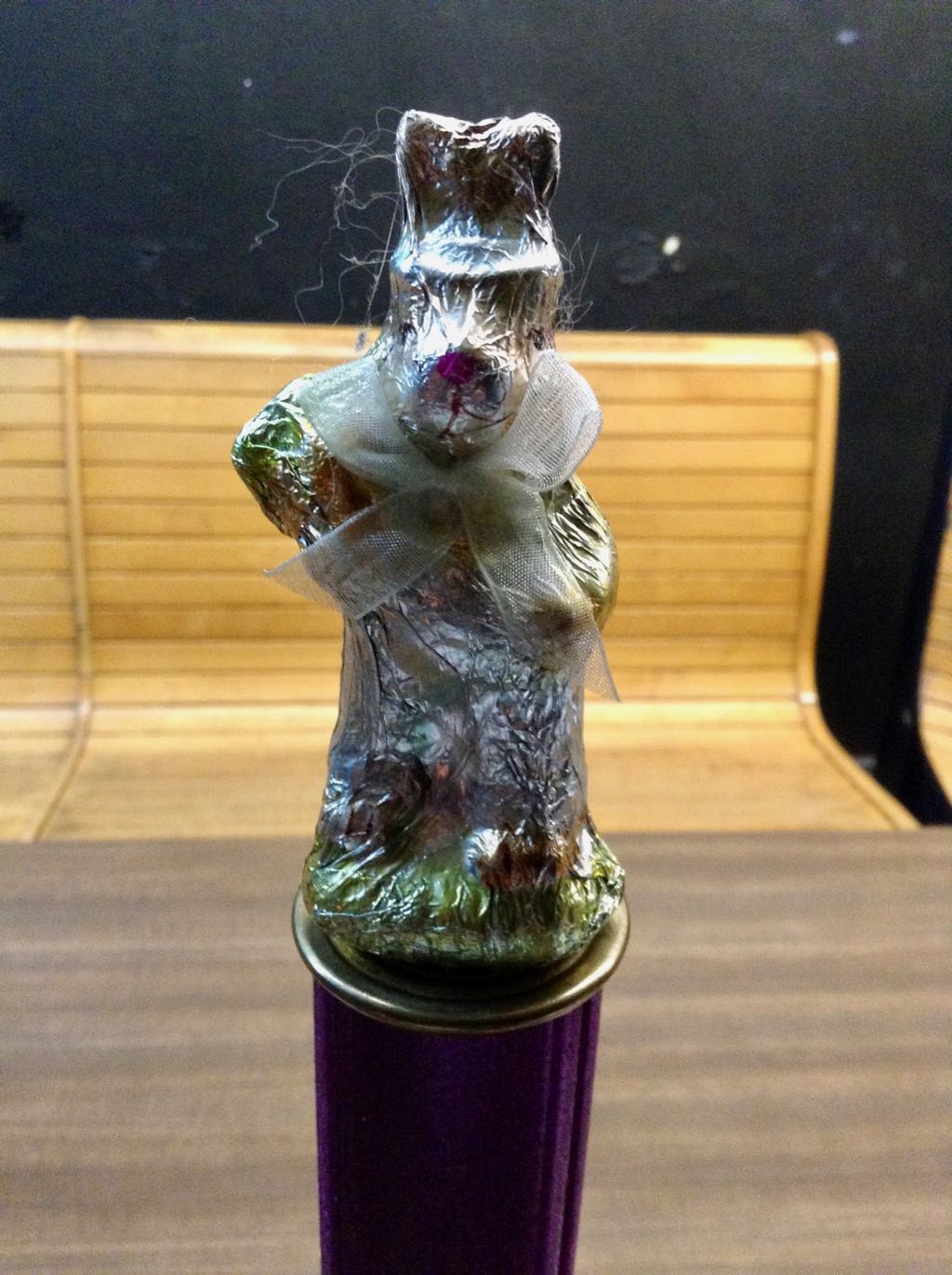 The trophy came with authentic pet rabbit fur! Because that stuff gets everywhere. 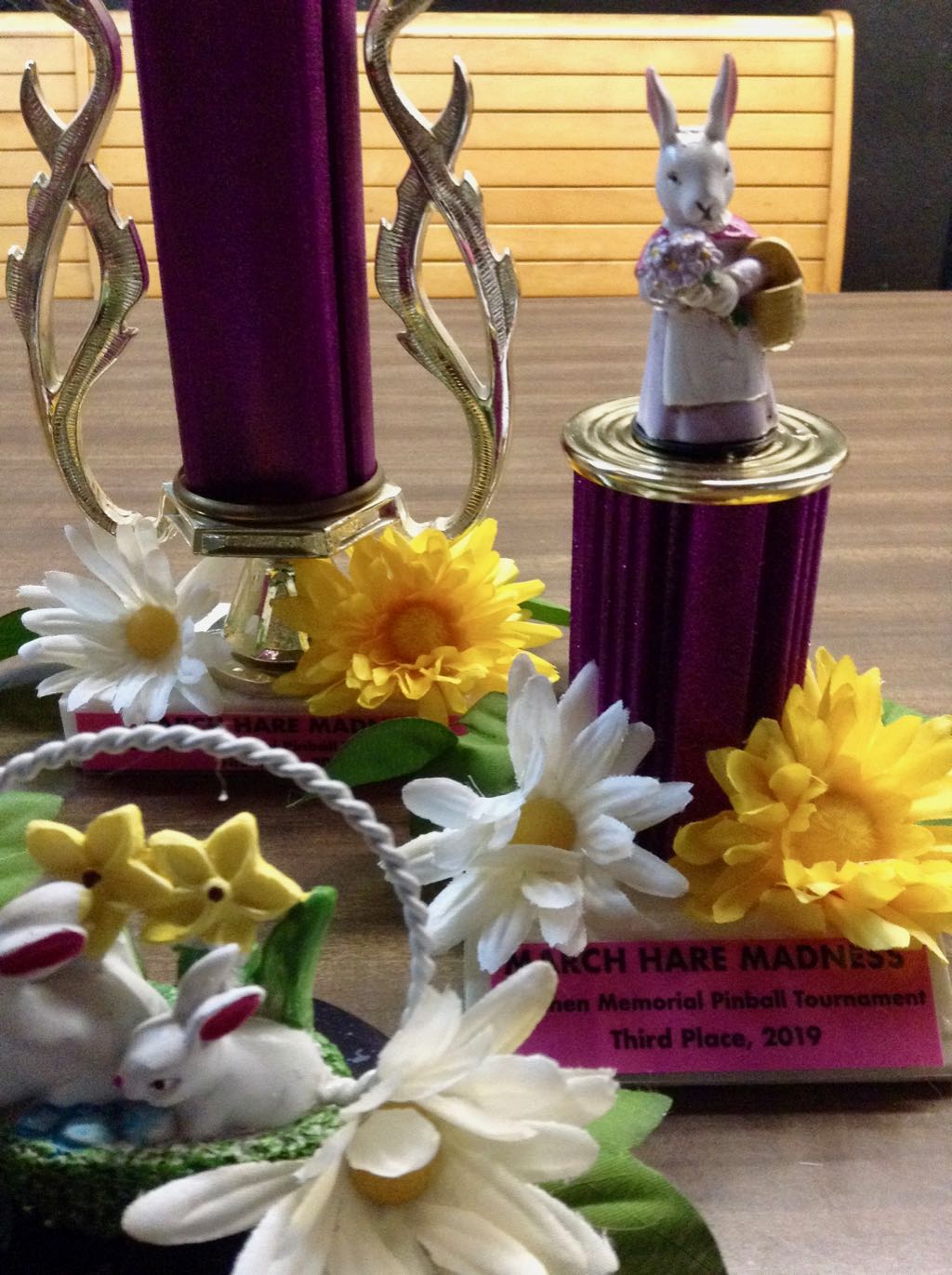 A look at the third- and fourth-place trophies and aren't they adorable?

Trivia: In 1501 the Spanish crown prohibited Basques building ships for other nations. It repeated the ban in 1551. Source: The Basque History of the World, Mark Kurlansky.