Now our counterfactual life becomes hazier. If we had gone to Kennywood yesterday, and were not heading out to Altoona, this would be a day of driving home. Possibly we'd have tried to talk MWS into going to Waldameer instead. If we did just drive home, though, we'd be able to stop in to Cedar Point for a break. MWS got the Gold Pass they were offering for this year (and that's been rolled over to 2021). We would be able to stop in for nothing more than the time it takes to divert from I-80, and maybe get that Korean barbecue bowl and ride a carousel or a roller coaster or both. Most likely return to MWS's house, and there pick up my car. I bet we'd be home after midnight, again, if we didn't extend our Pinburgh trip for another day of amusement park-going.

Would have been nice, though. Really nice.

Next up in May 2019? A visit to the VFW Ann Arbor Pinball thingy. Six solid hours of messing around looking for the weirdest machines. 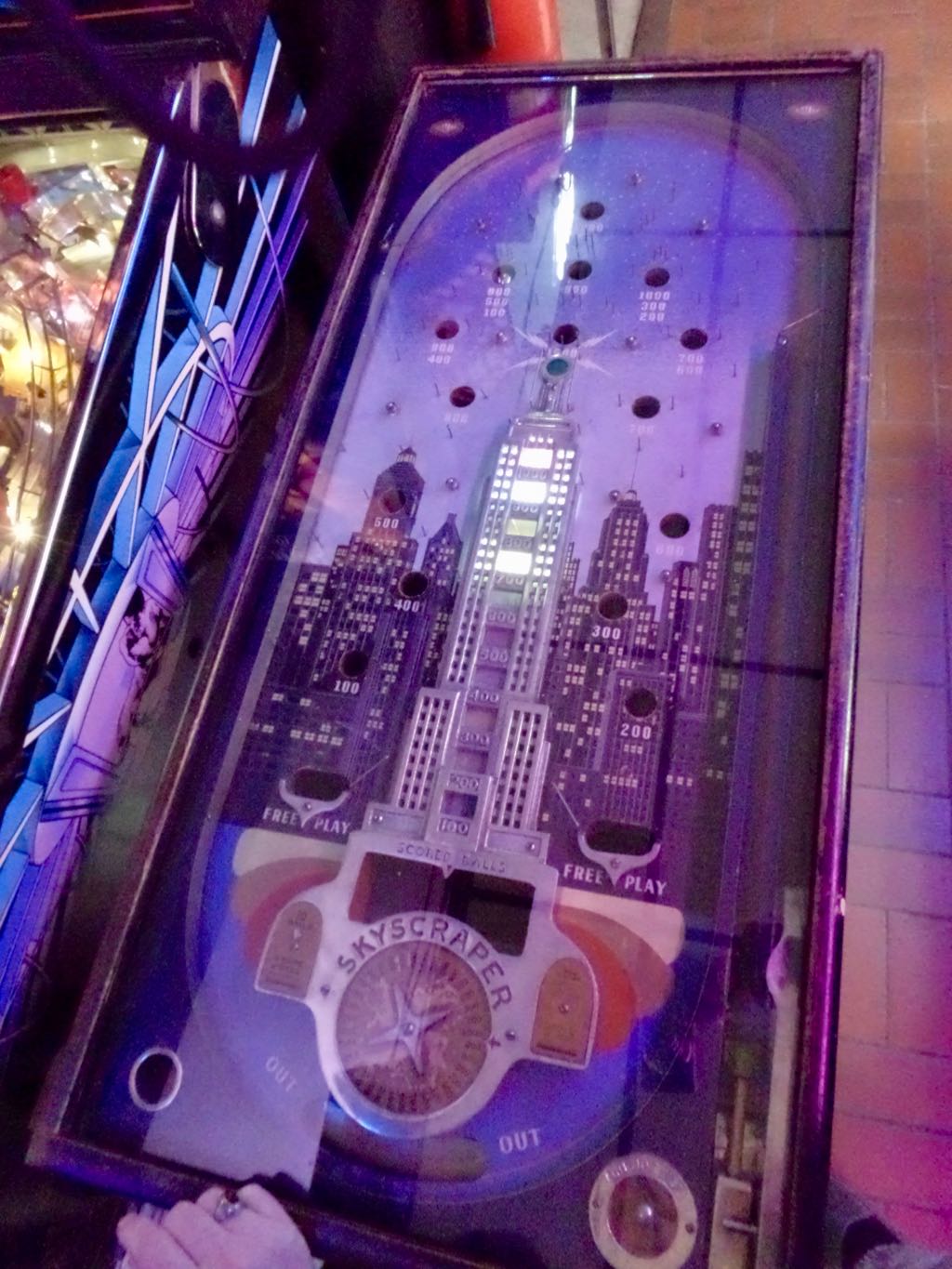 A new thing at the VFW that May was pure mechanicals! Here's Skyscraper, a 1934 Bally game. Yes, there's lights, but there's no automatic scoring, no bumpers, no kickers ... no flippers. You just plunge and you nudge the machine to try to drop through the labyrinth of pins into a valuable hole. 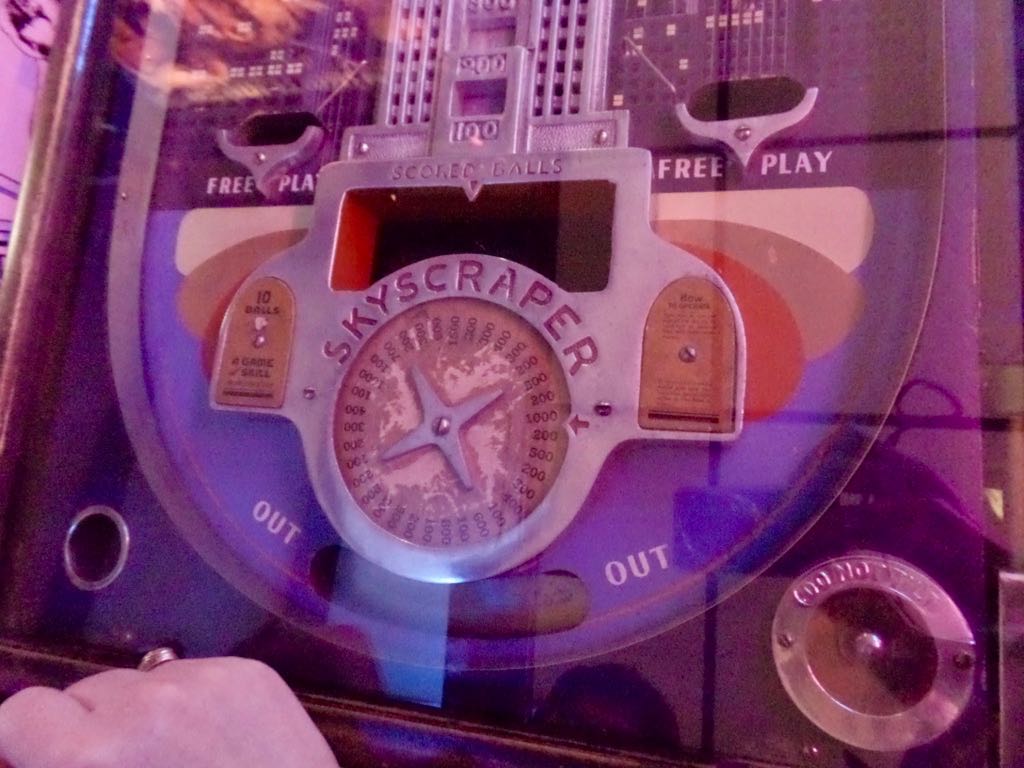 The bottom of Skyscraper had this baffling element. It turns out one of Skyscraper's gimmicks was that when you insert a coin, the Starting Score wheel spins and you start out with from 100 to 1,000 points, free. Since this table was set to play without a coin, the thing didn't spin, if the mechanism for spinning was even still working. The center ``Starting Score'' label was worn off from underneath that metallic + holder. 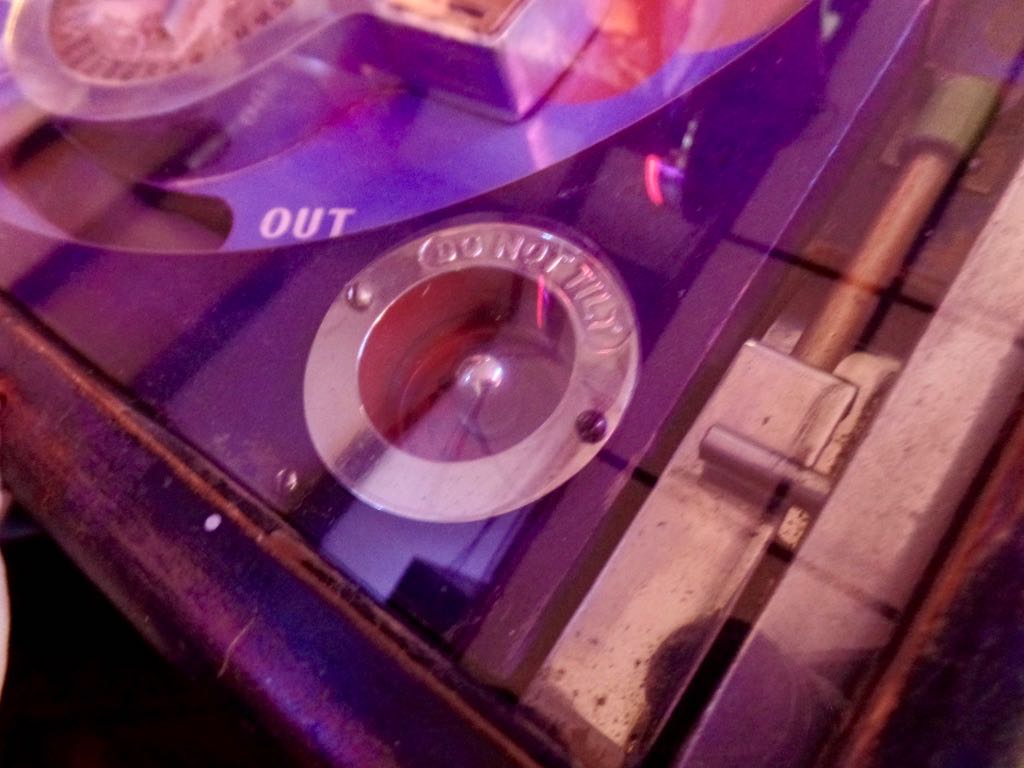 Do Not Tilt: early tilt mechanisms were simple things, with the ball falling out of place to show the game had been handled too roughly and whatever prize (as many as 45 free games, if you got above 8,500 points and dialed a green number) should not be awarded. 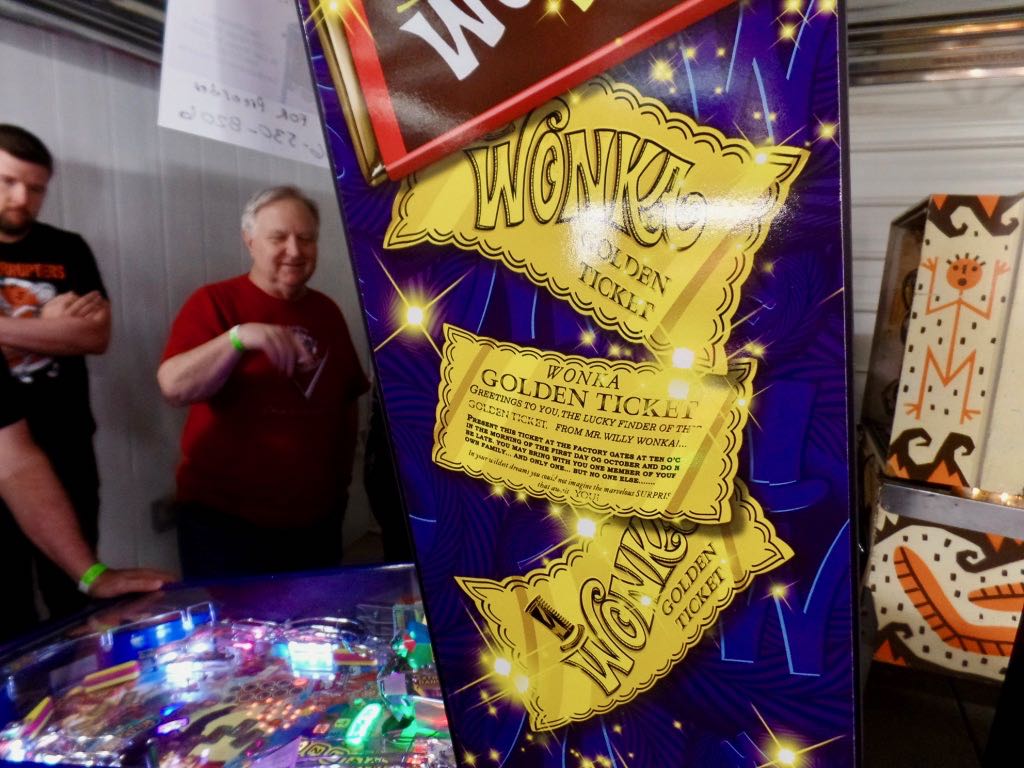 They had on display a new Willy Wonka table, and I photographed this because of the Golden Ticket text: ``Present this ticket at the factory gates at ten o'clock in the morning of the first day og [sic] October ... '' Production games had this same typo. 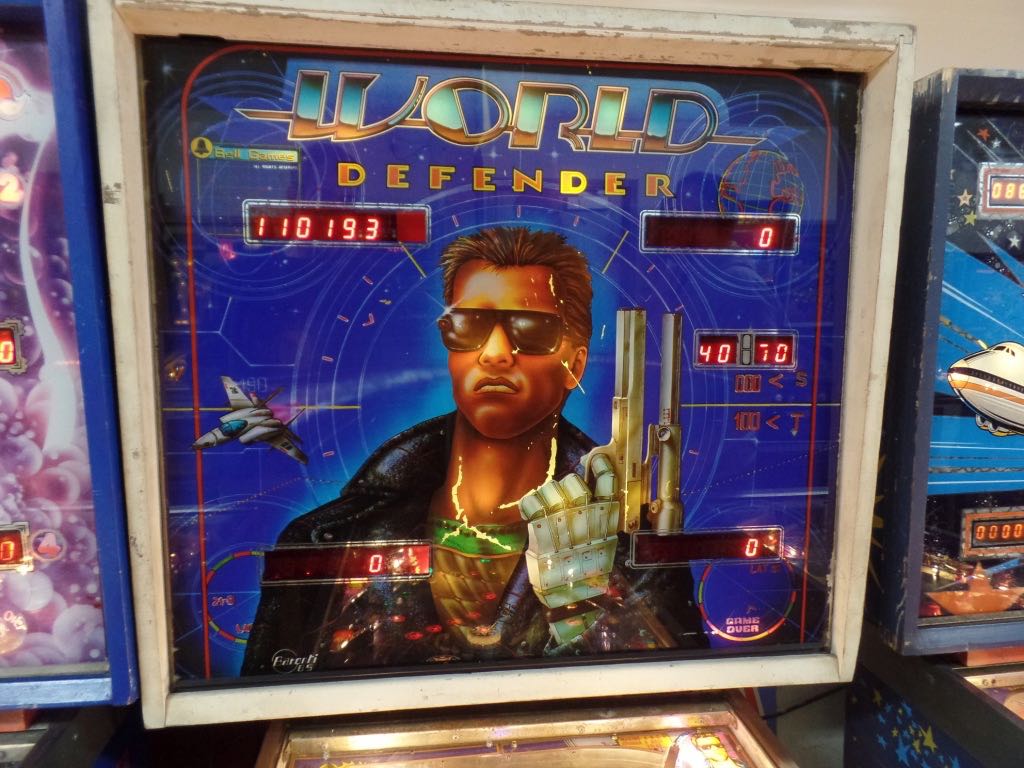 Nuova Games's World Defender, a 1985 game out of Italy based on you'll never guess what. That's right: Laser Cue, the game that did so much for

bunny_hugger at Pinball At The Zoo that year. Which makes it all the more amazing that the game code for this was derived from Bally's 1981 Eight Ball Deluxe, the Eight-Ball that doesn't have Fonzie. 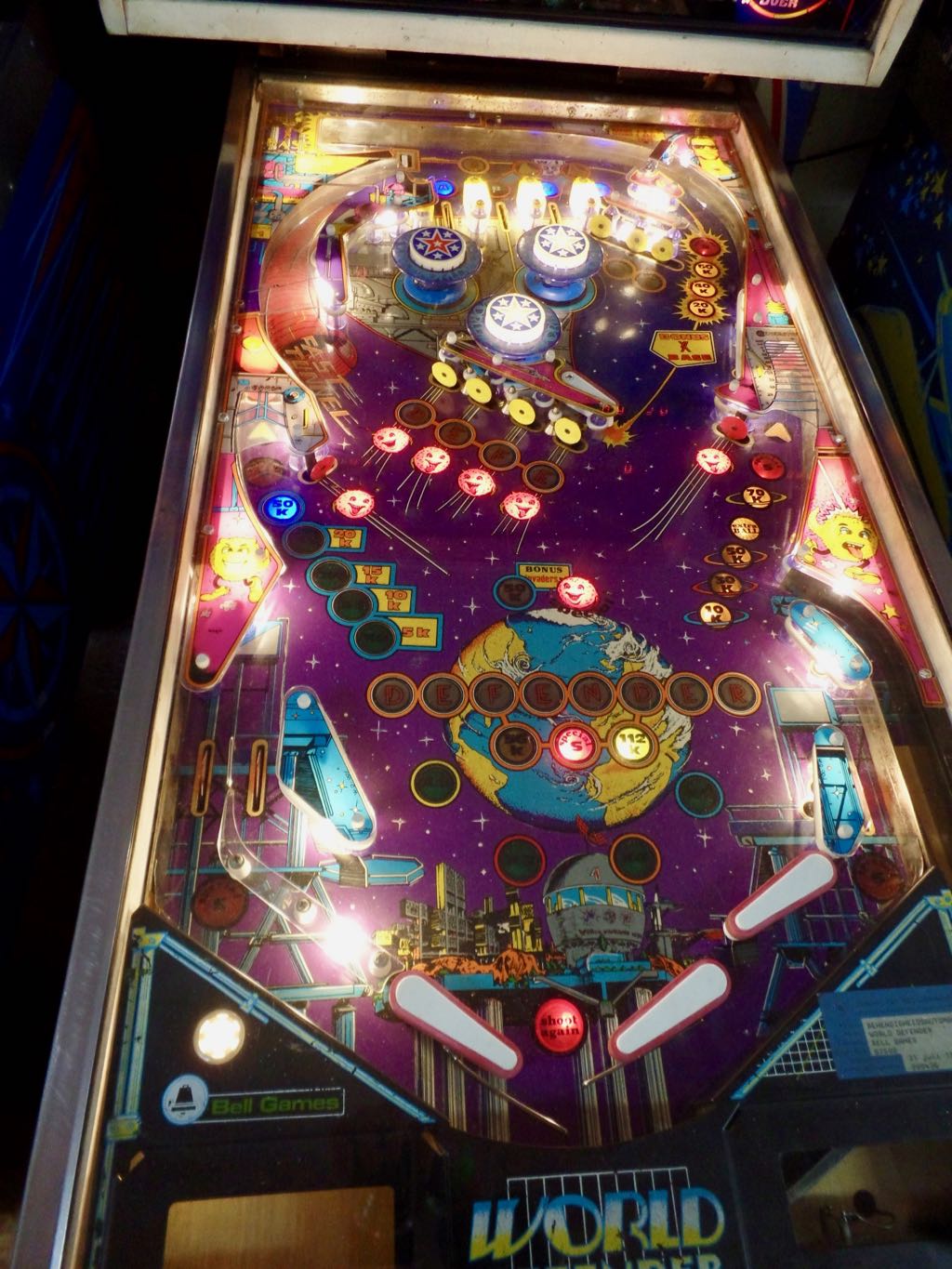 But here's the layout for World Defender. Compare it to Laser Cue and make your own call. 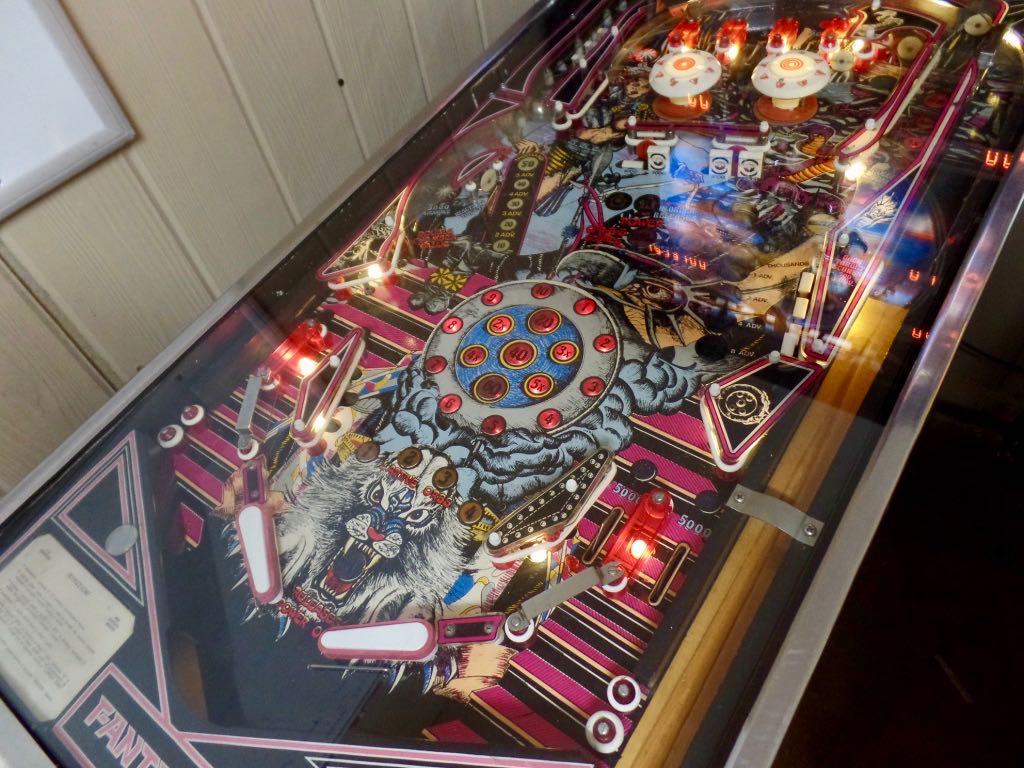 Fantasy, a conversion kit that Bell Games of Italy made in order to refresh Centaur. 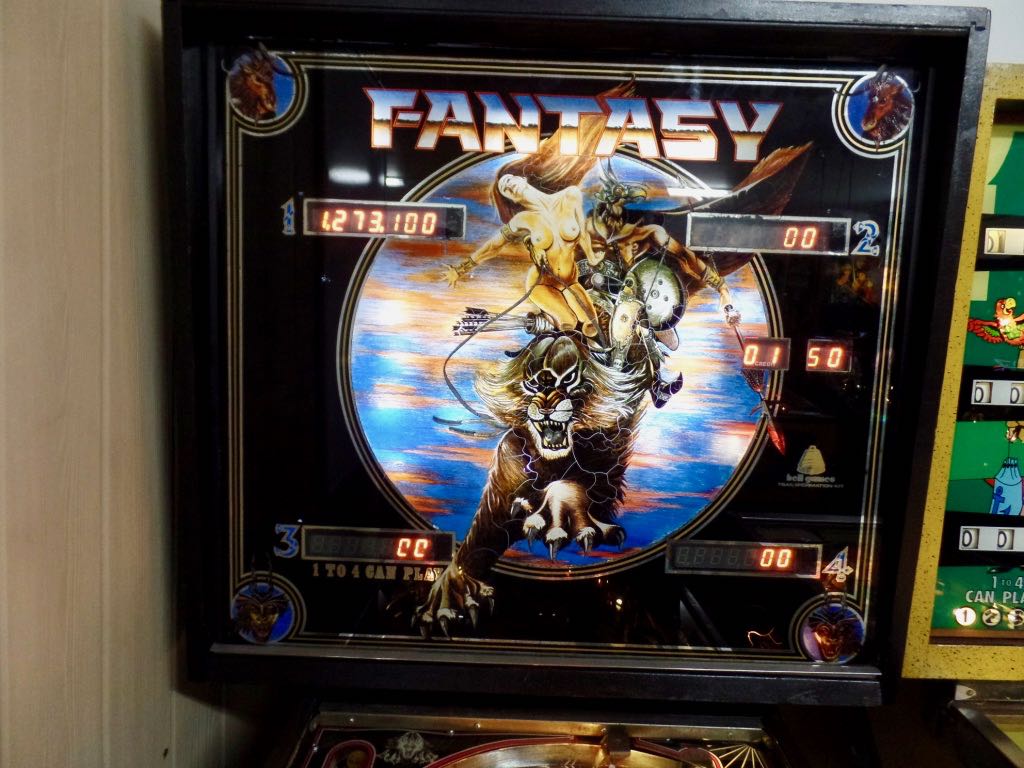 And here's the Fantasy backglass, which certainly looks like the cover for a fantasy novel of the time. Seems like a lateral move from the original Centaur backglass. 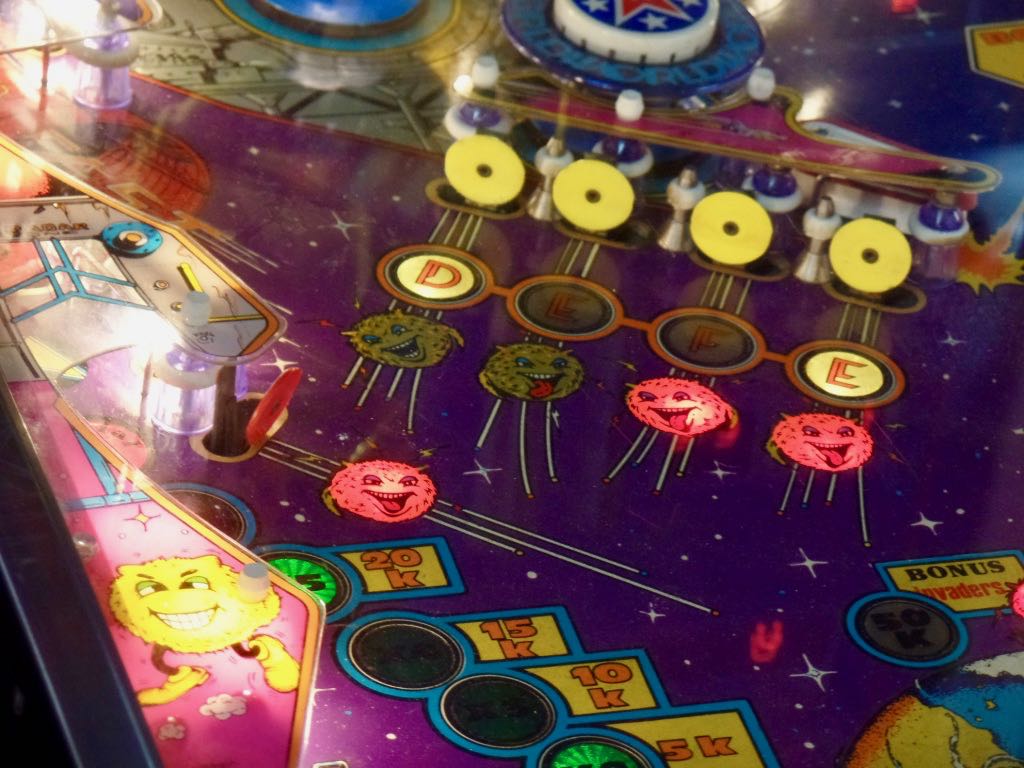 Targets for World Defender, which include some asteroids(?) moons(?) making goofy faces. 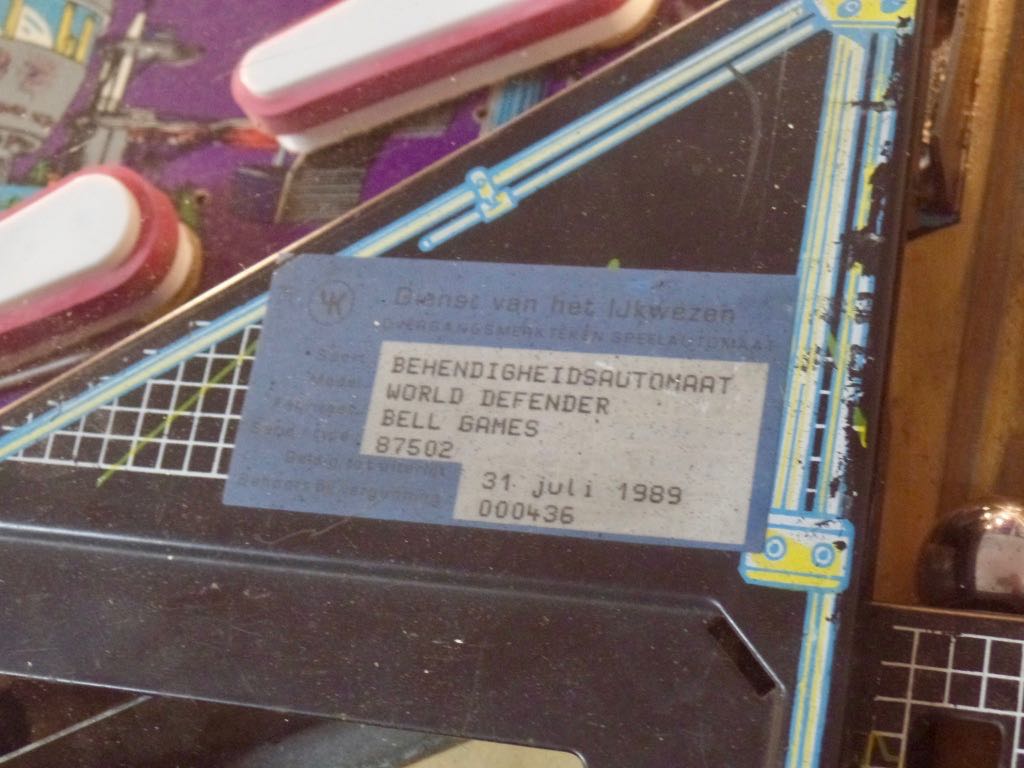 Production sticker for World Defender. The game would feel pretty old-fashioned for 1989, which says something about how fast games were evolving in the 80s. 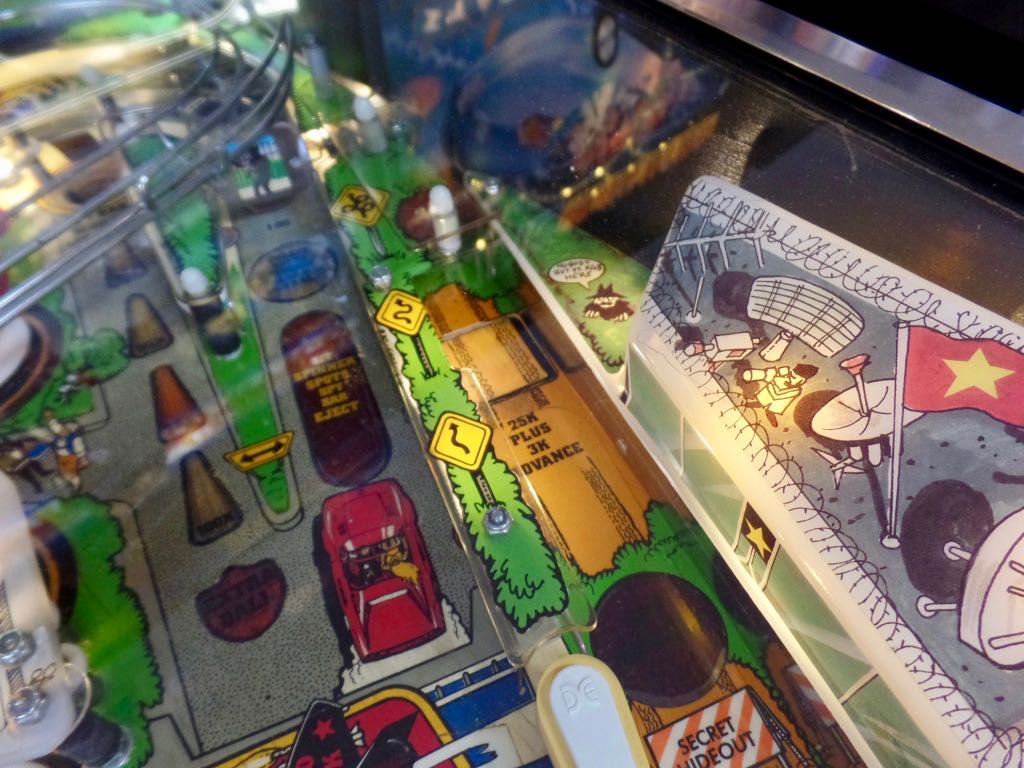 Playfield elements on Secret Service, the spy-themed game that did so much to get me into pinball. Can you spot the Legally Distinct Character From Boris Badenov? 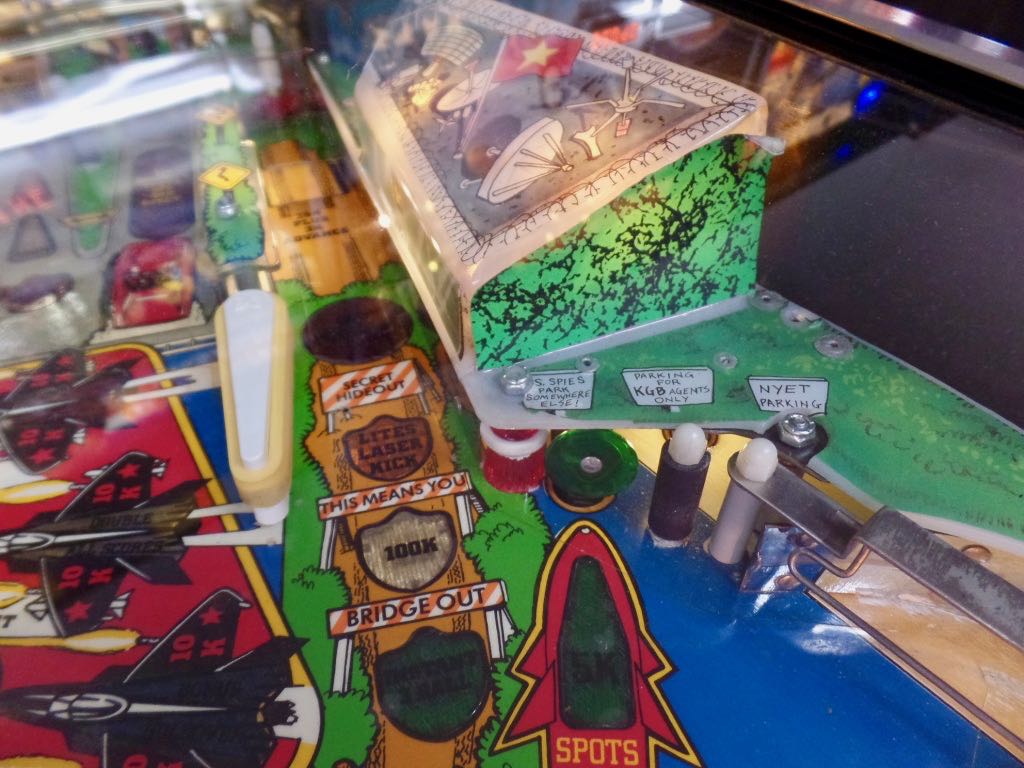 More of the playfield elements on Secret Service. I like the goofy Mad Magazine marginalia tone to these signs. 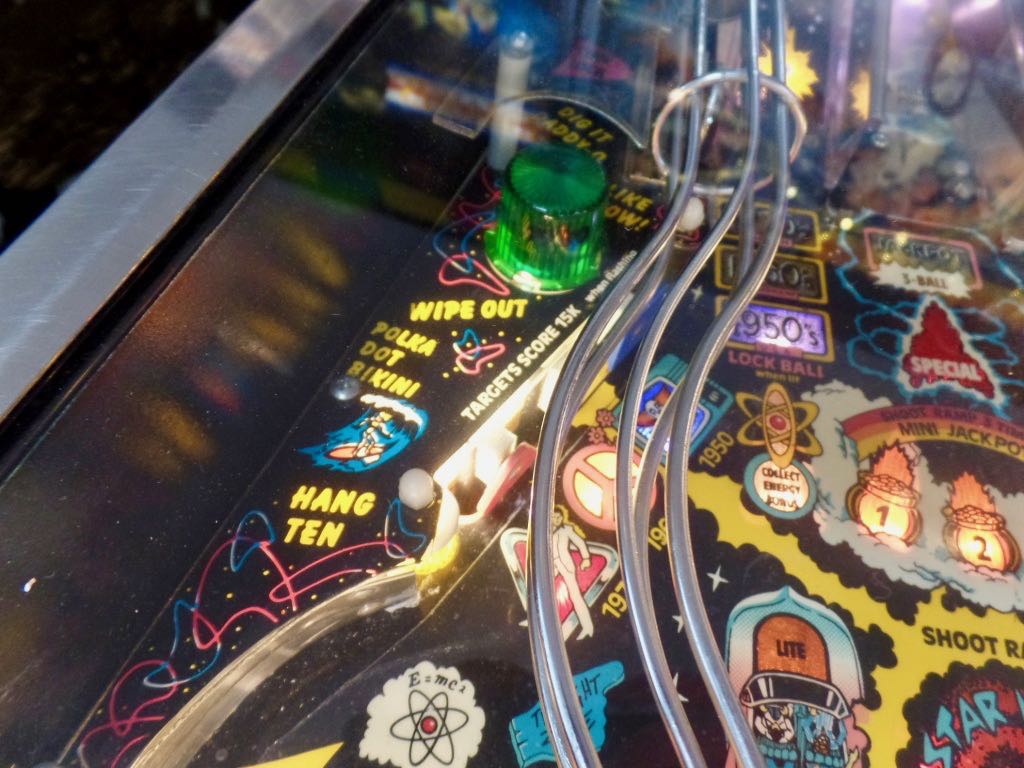 Marginalia art for the 1988 Data East game Time Machine, one of about 86 games named Time Machine.

bunny_hugger used to play this game sometimes in her dorm room, until every time the ball would get stuck somewhere and there was nothing to do. In hindsight she wonders if the ball wasn't getting locked, building towards multiball, and she didn't know what that meant or that she should plunge a new ball.

Trivia: Uranium is more abundant than is tin, and is about ten times as abundant as silver and mercury combined. Source: Nature's Building Blocks: An A-Z Guide to the Elements, John Emsley.

PS: Using my A to Z Archives: Distribution (statistics), bringing up a piece about a useful change in perspective.