Get help from our next-door neighbor

bunny_hugger's Switch had a glitch. The joycons wouldn't work when detached from the main unit. I called and got a ticket and, when United Radio of Syracuse, New York, was ready, a mailing label for it. Between my call and United Radio being ready, the Wi-Fi on it stopped working. So I called and told them that this had two problems, not one, but two. Then we sent it off while

bunny_hugger worried her Animal Crossing island would be wiped out, since there's inexplicably no way to back an island up even yet. And if there were a way to back it up online, we couldn't use it.

The Switch came back on Thursday. And, hooray, the joycons worked. And the Animal Crossing island was intact too! And the Wi-Fi? Did not work.

Well, it worked just long enough for Animal Crossing to learn it had a big update, but then, nothing. We went through all the routine steps that never clear up a Wi-Fi problem, and then still didn't have the Wi-Fi problem fixed.

Friday afternoon I called Nintendo Support again, figuring it would be about as complicated as when I called for the joycon problem and the Wi-Fi problem to start with. The more fool I. After an hour of diddling around resetting things and being told I needed to access the control panel of our router, they hung up on me. When I --- finally --- got back on, after a time discovering that sometimes you call Nintendo Support and get a phone menu that never puts you into a queue and sometimes you do, the support person recognized me and said her system had crashed and it had only just come back up. Uh-huh.

So we went through another 75 minutes, and I am not exaggerating, trying to find a way the problem was anything but ``the Switch's Wi-Fi does not work''. She kept trying to blame the router, even though I pointed out, repeatedly, that this same problem has happened on four different Wi-Fi networks. When she proposed getting into the router's menus to set up some nonsense on port 40 to specifically allow the Switch I lost my temper and demanded to know how this was easier than fixing the Switch already.

While I'm not proud of losing my temper, I had at that point spent over two hours without getting anywhere. And even after that, while I fended off ``follow someone's phone instructions, none of which quite match what I'm doing, to put our wireless into an inexplicable configuration'', I still didn't have the problem fixed. As the time spent reached three hours all I had was the promise that someone on their side who was really good with wireless issues would call on Saturday. And that we were on high priority.

They did not call on Saturday.

Let's finish off now the train ride at Cedar Point, and look at a few more shots establishing what had changed over the 2018-19 winter. 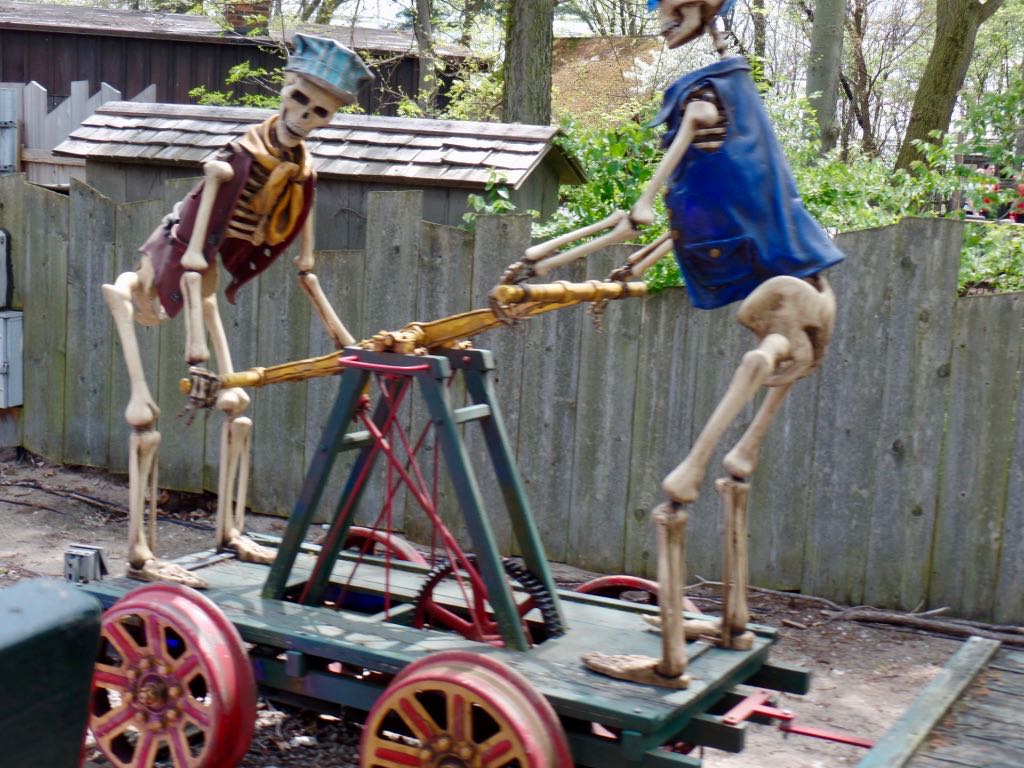 Skeletons working a pump-driven hand cart. Why do they feel the need for shirts but not pants? 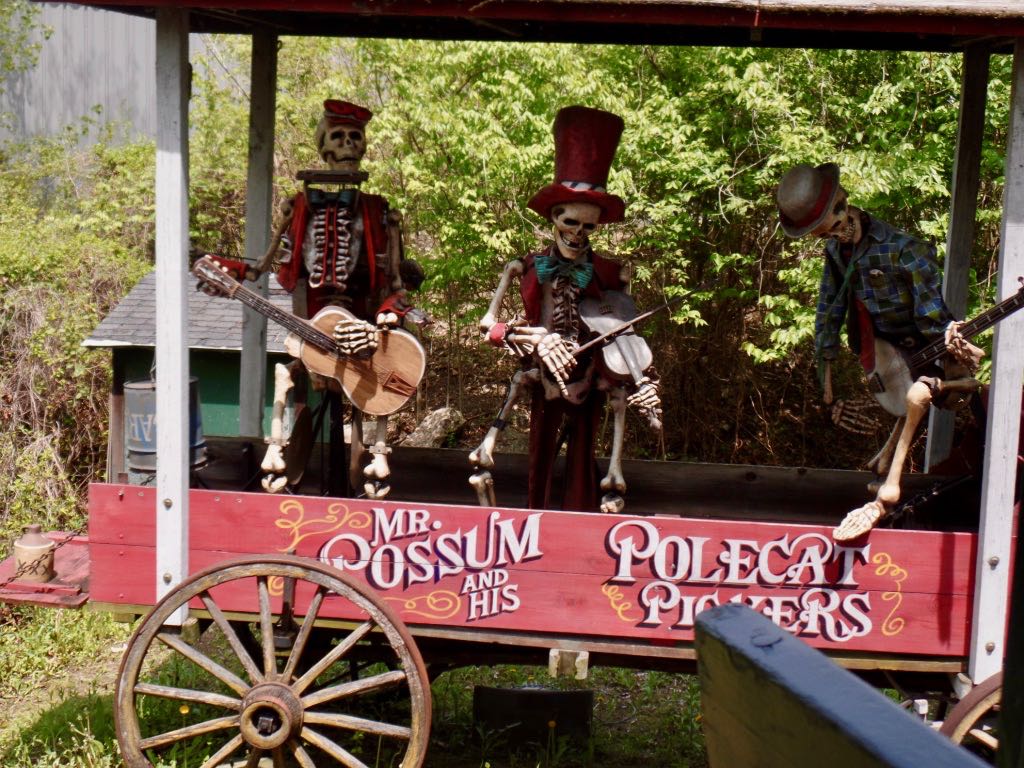 Mr Possum and his Polecat Pickers, a skeleton band. 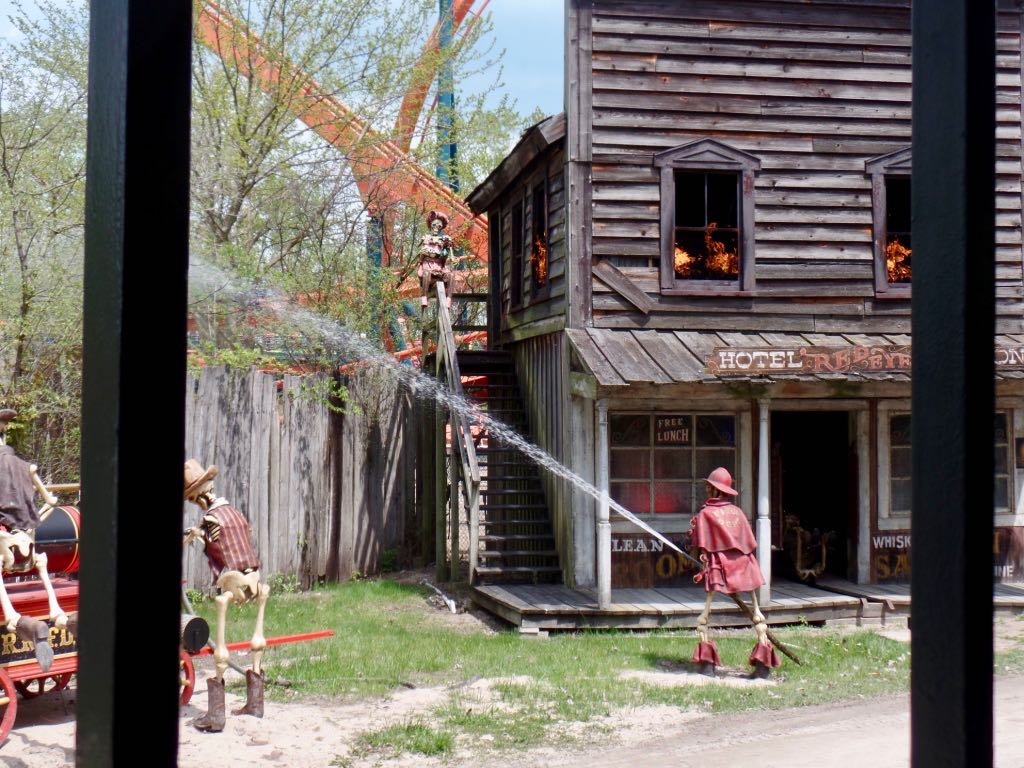 An action scene! The Hotel Redeye on fire, as ever, and firefighters missing their chance to put it out. 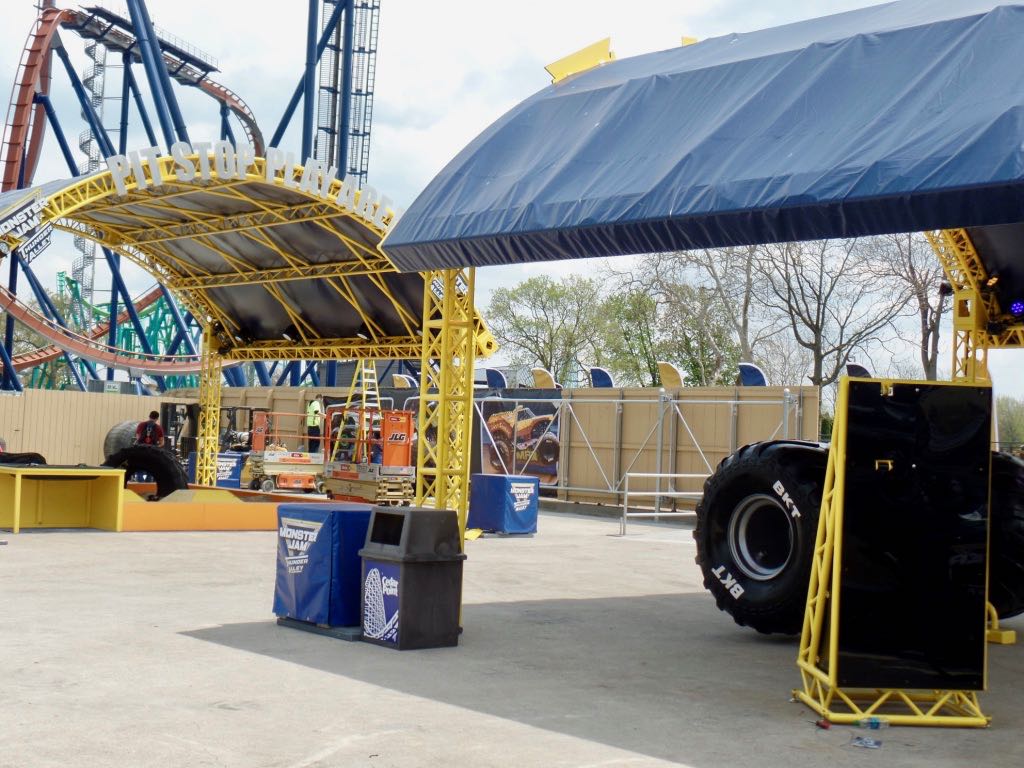 The railroad lets us out fairly near the spot where Wildcat used to be and, after that, stands for the Luminosity show. This year, they had something different: monster trucks! 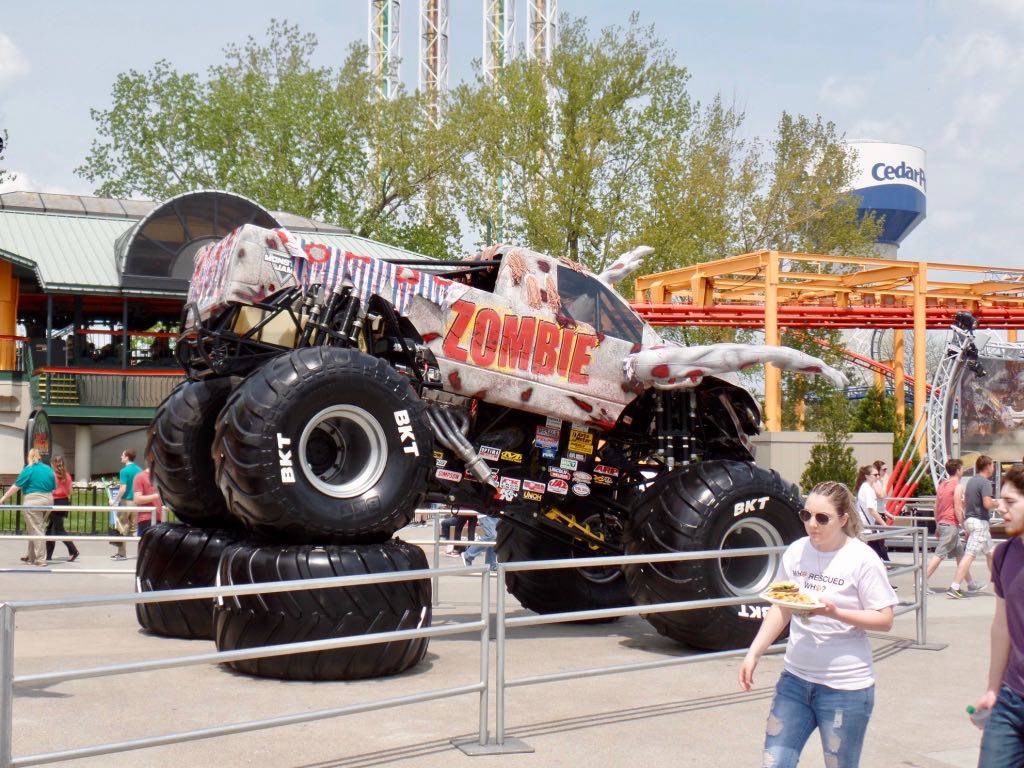 Monster Truck set up outside Iron Dragon. These wouldn't last the whole season, or at least they'd be gone by Halloweekends, but for a while apparently there was an upcharge attraction to drive a monster truck. 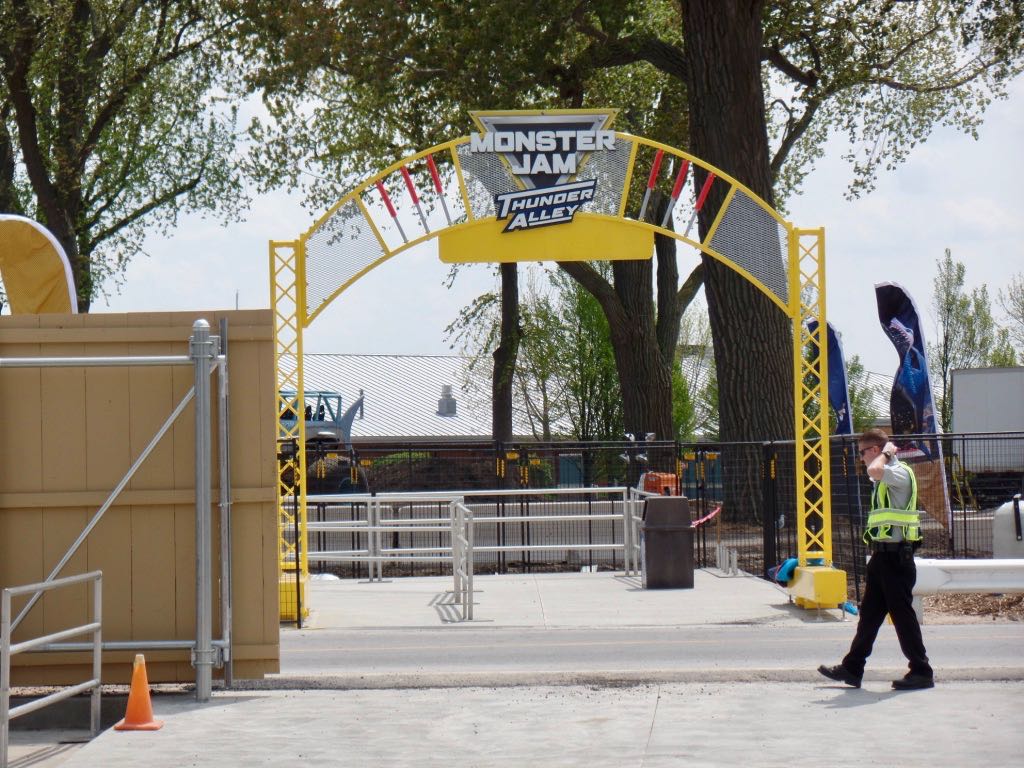 Monster Jam Thunder Alley leads actually outside the park, to the spot that housed the Cedars, onetime hotel and longtime employee housing. The Cedars were rumored for ever to be schedule for demolition so it took everyone by surprise when they were demolished. Mercifully it does seem they spared the trees surrounding them, and they formed some of the course for the monster truck thign. 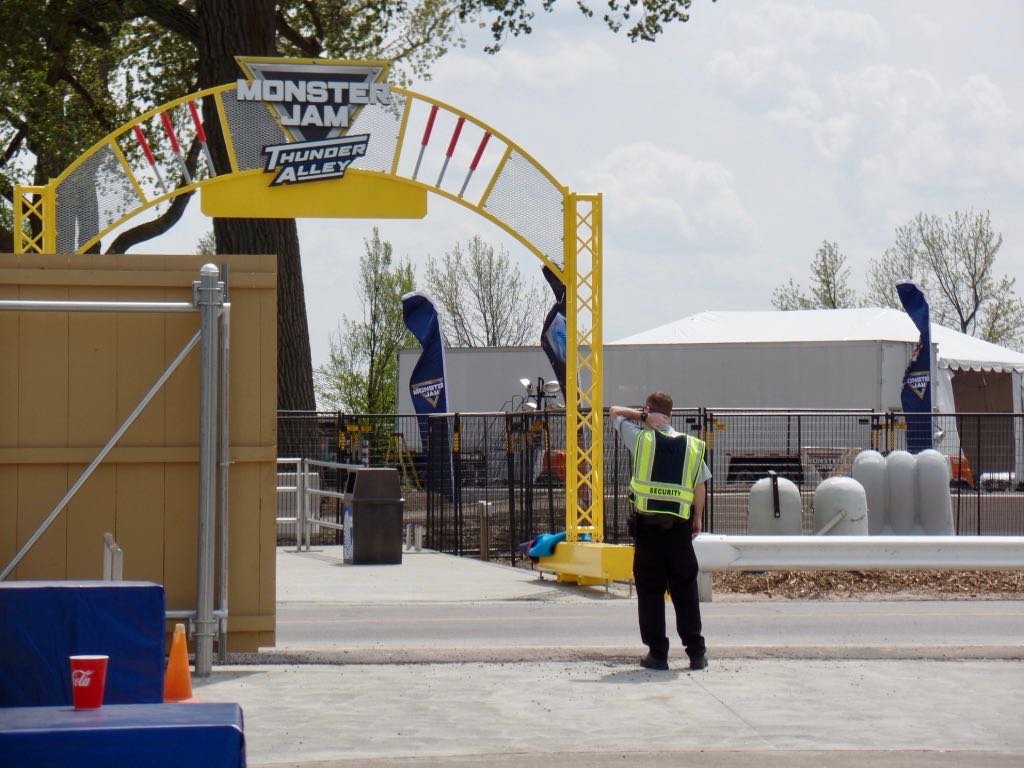 But you see where that truck trailer and canvas tent are? The year before, that was reportedly pretty bad housing. 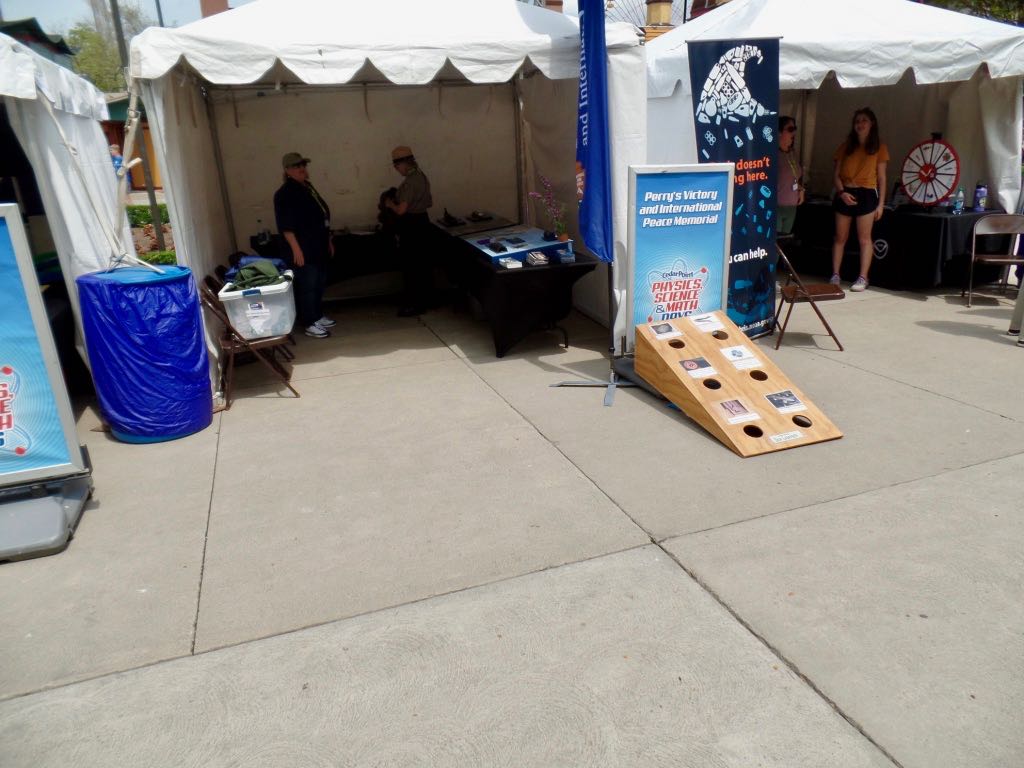 Oh yeah, also it was Physics, Science, and math Days, which is why the Perry's Victory memorial set up a cornhole board? 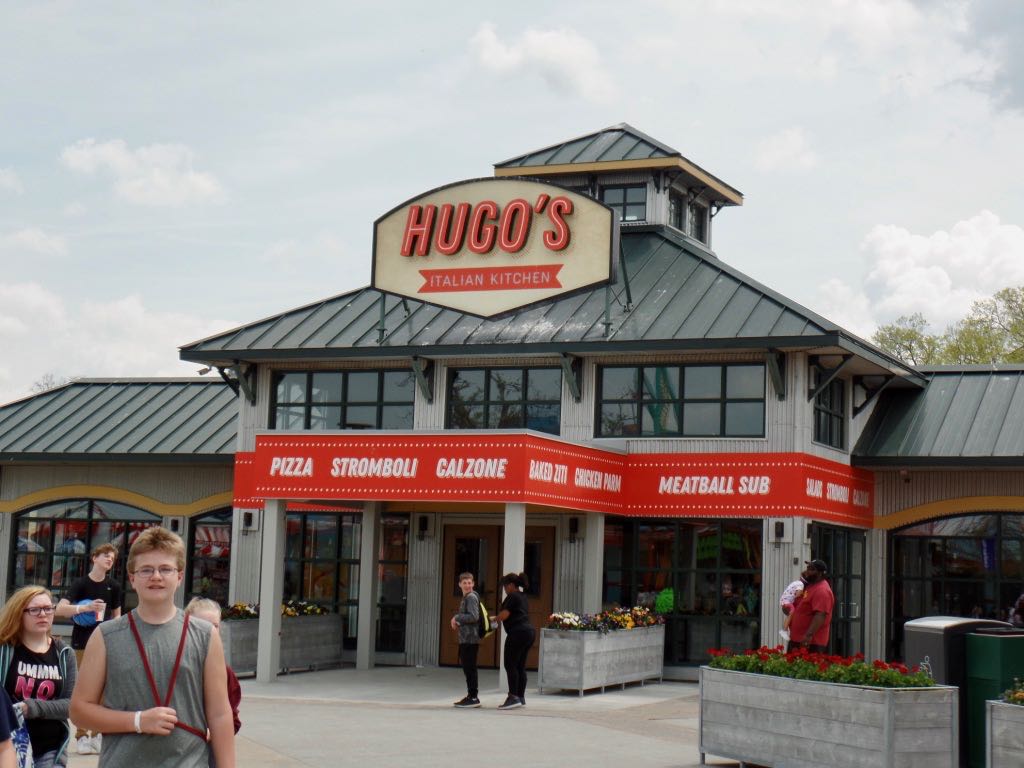 Terrible news! They replaced the Midway Buffet, which offered a lot of mediocre food at a pretty decent price considering, with Hugo's Italian Kitchen, which maybe could make something vegetarian if you really tried but costs more and is generally far more disappointing. 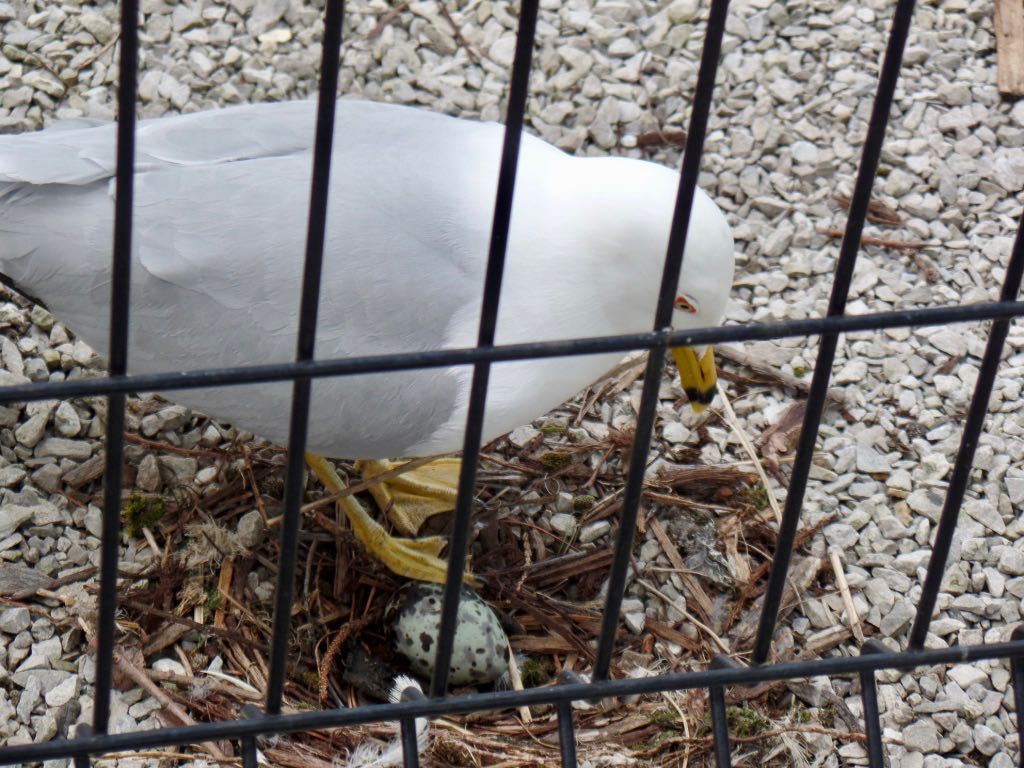 More birds at work. This seagull had a little better-protected area for her nest. 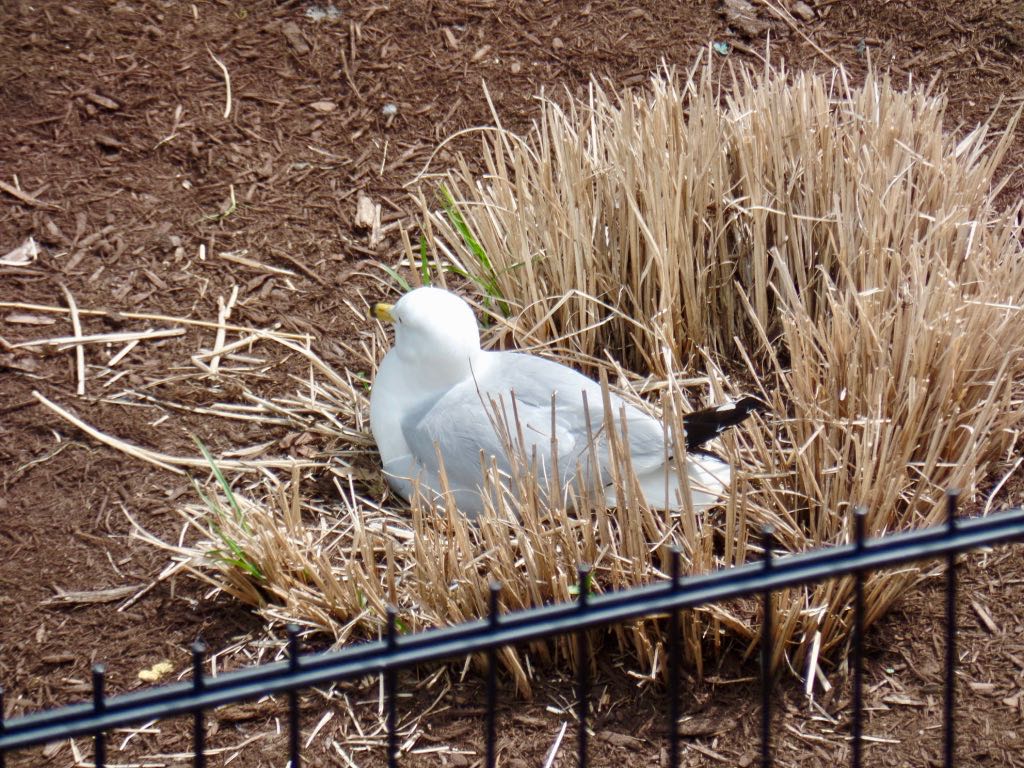 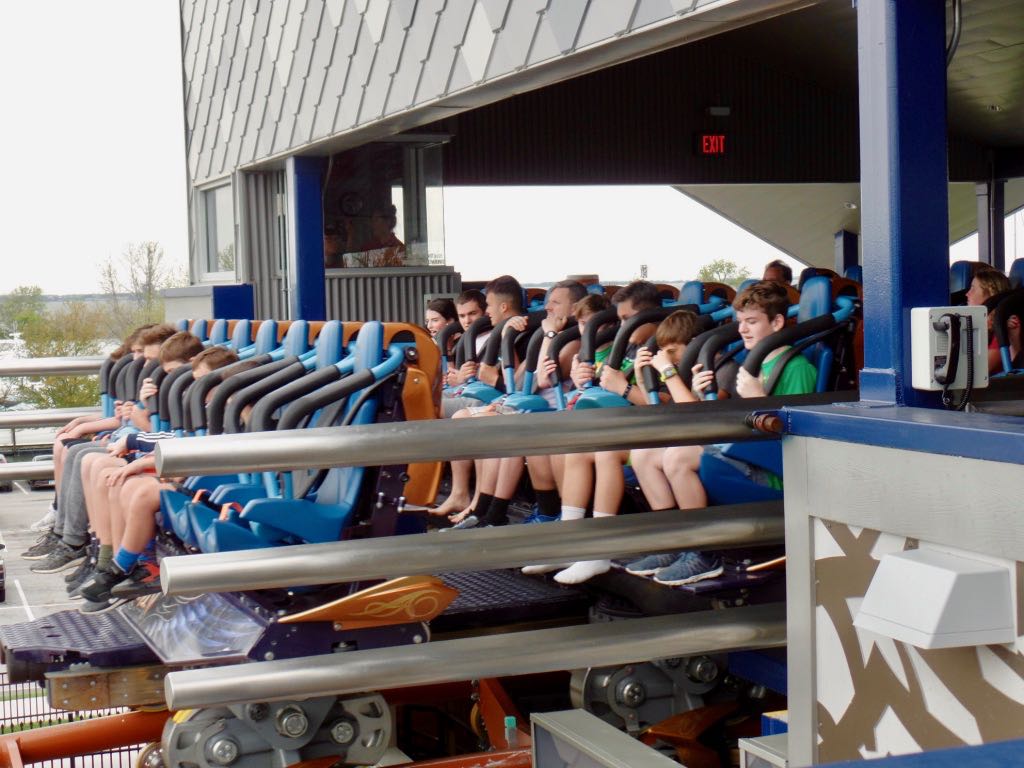 Train leaving the front of ValRavn's station. A rare shot for me since we don't usually get into the side queue to ride in the front row.

Trivia: To hide railroad losses in 1969 the Penn Central had one land subsidiary, the Great Southwest, sell the tax shelter rights for one of its amusement parks, while continuing to own and operate the park. Source: The Men Who Loved Trains: The Story of Men Who Battled Greed to Save an Ailing Industry, Rush Loving Jr. (Loving doesn't explain further but Great Southwest was the company holding the Six Flags parks, so this would have been either Six Flags over Texas or Six Flags Over Georgia.)

Currently Reading: Read You Loud And Clear: The Story of NASA's Spaceflight Tracking and Data Network, Sunny Tsiao. This is a lot of book --- about 500 pages --- but at least it is all about a mind-numbing array of technical details.

PS: Using my A to Z Archives: e to bring attention to an essay about an important number that I'd actually already brought up in the big essay for the week. This may seem like too much, but if I've learned anything about self-promotion, it's that it isn't too much if people are not throwing semi-durable goods at you every time you open your mouth now.