Did you guess I'd have a full card on my humor blog this past week? Good news if you did; you won. Here's what you get to collect:

And on my mathematics blog, the big piece for the week. My All 2020 Mathematics A to Z: Fibonacci, a little biographical sketch that just might surprise you.

Back, now, to Saturday at AnthrOhio 2019 and I'm sure we did stuff besides photograph animals but you know what? You're going to see a bunch more pictures of animals. Even more before we're through. 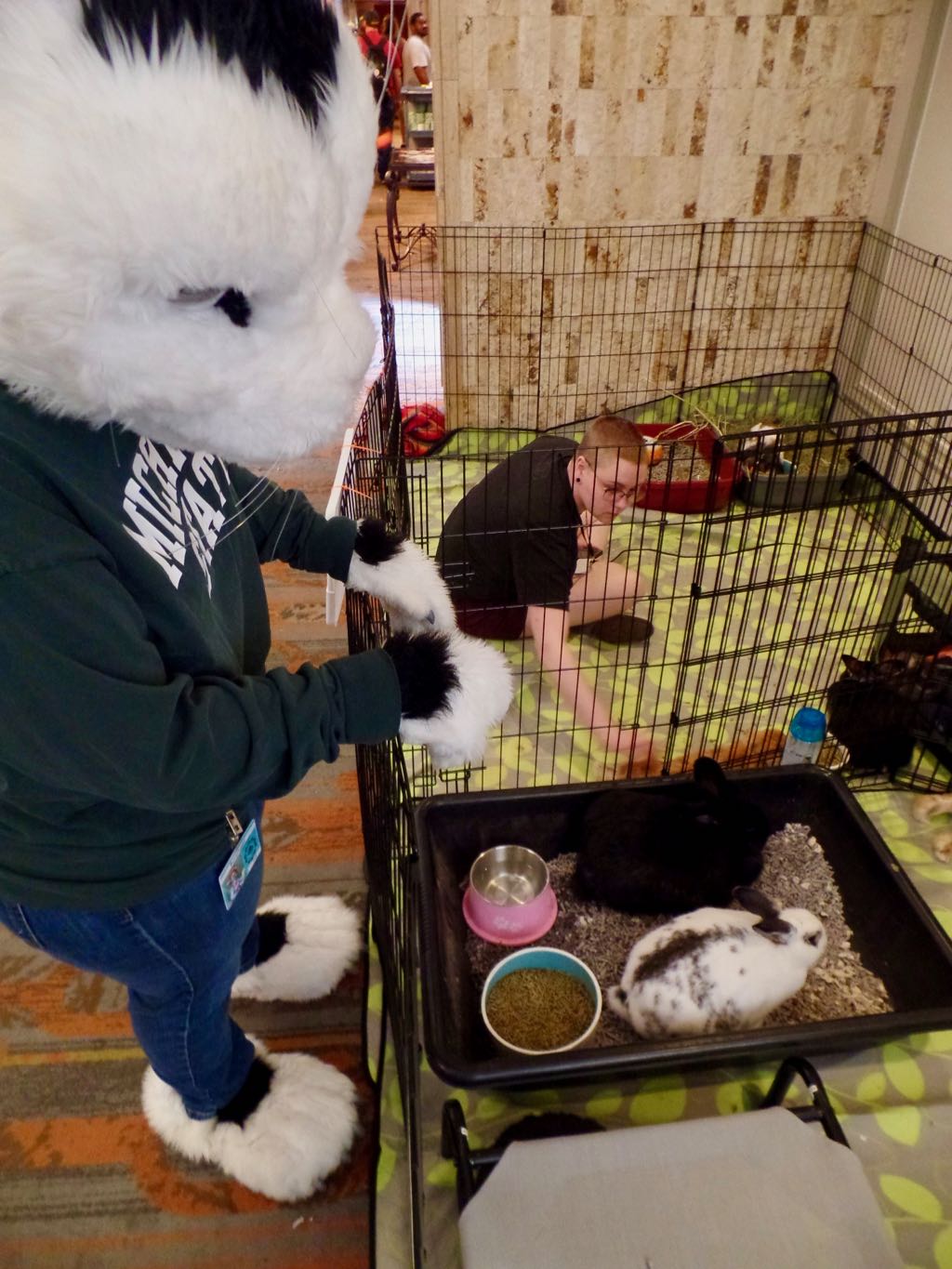 bunny_hugger in fursuit tries to talk with herself in quadruped form, but can't get a hearing. 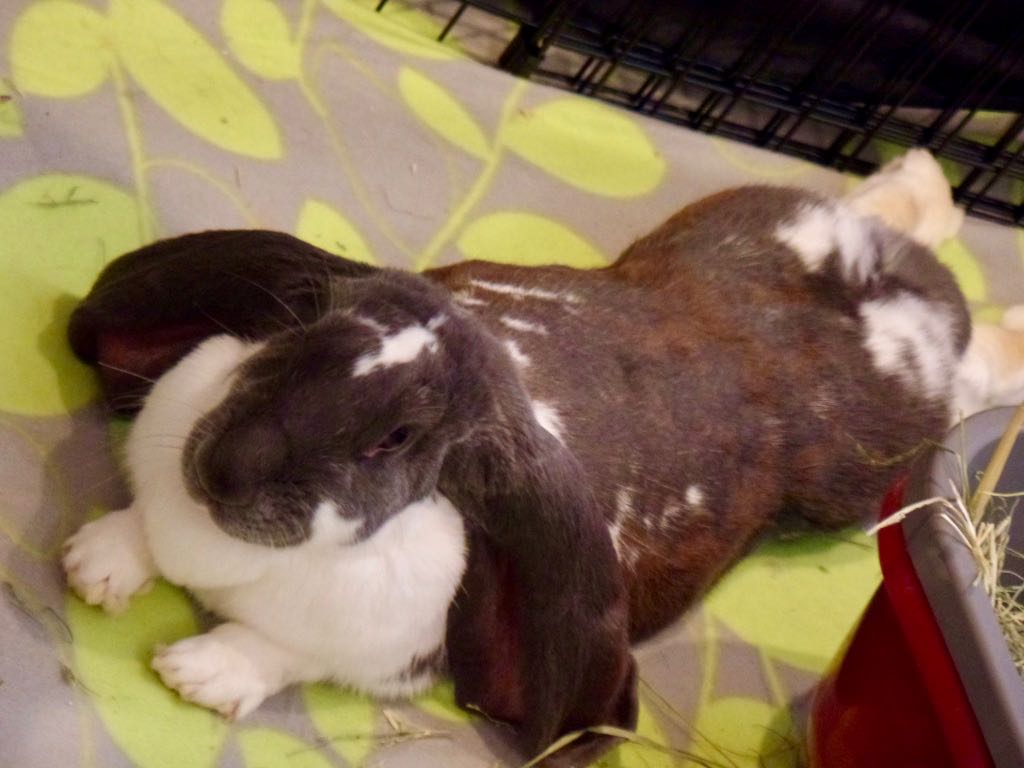 Now this is a bunny with a lot of ear. 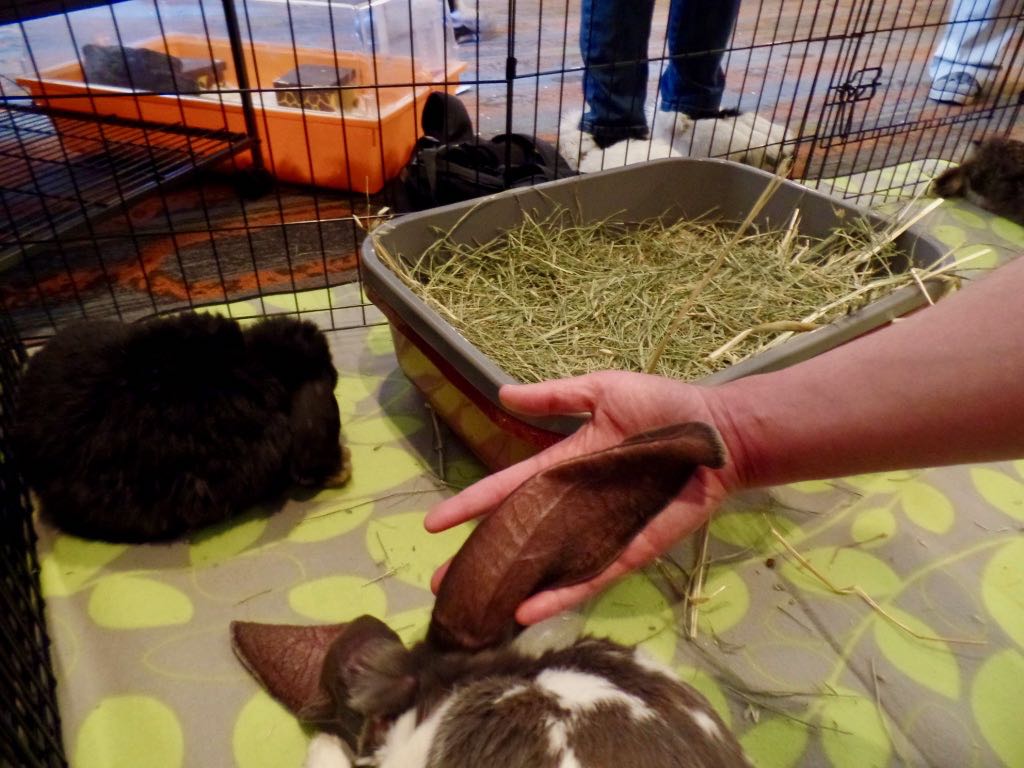 Seriously though, such BIG EARS. They cover my hand, and I have hands large enough to conceal small pianos. 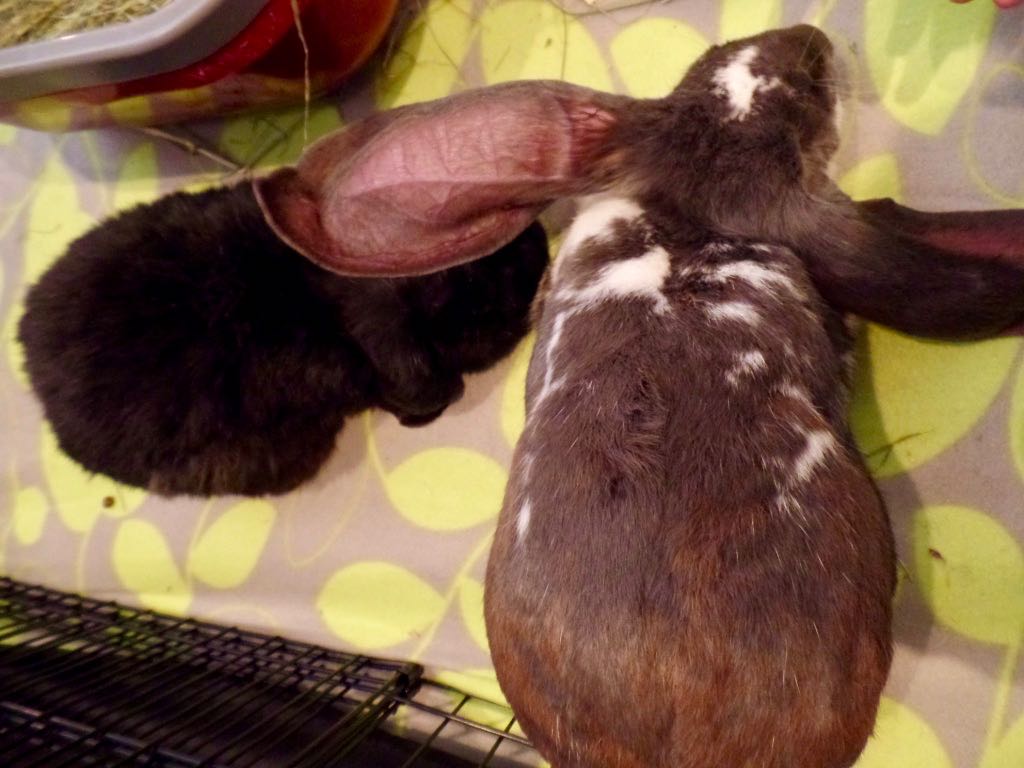 Large-eared rabbit tries to hide the other rabbits from view. 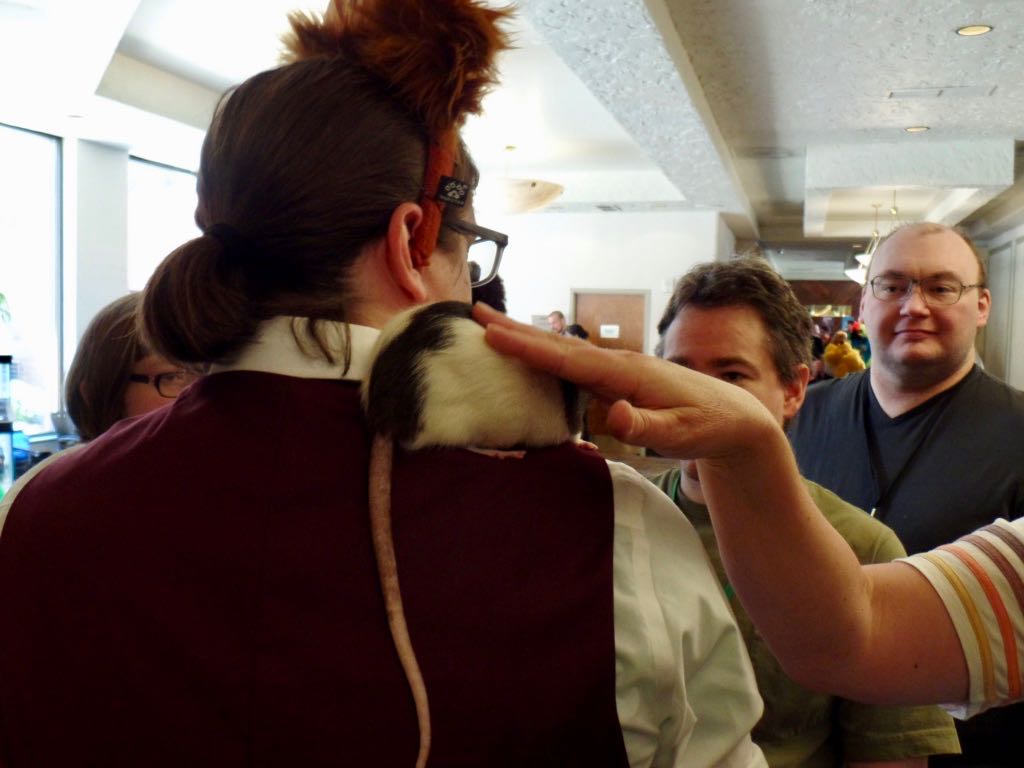 One of the charity folks walks a rat around on their shoulder. 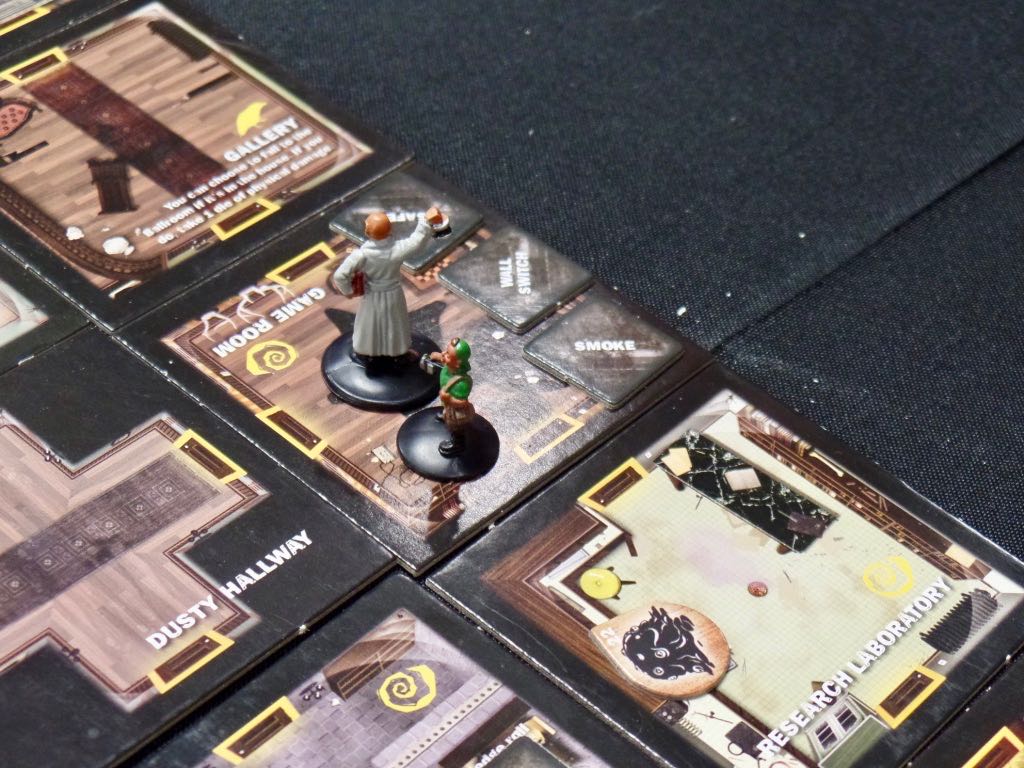 We got into a game of Betrayal at the House on the Hill. Here's a typical scene, albeit with a bunch of stuff going on in the Game Room. The figurines are (tall one) the Mad Professor/the Maybe Disgraced Minister, and (short one) the kid/the other kid. Added to the room are a safe possibly containing objects, a wall switch that could let you sneak through into an adjacent room that hasn't got a door, and a cloud of smoke that messes up stuff. 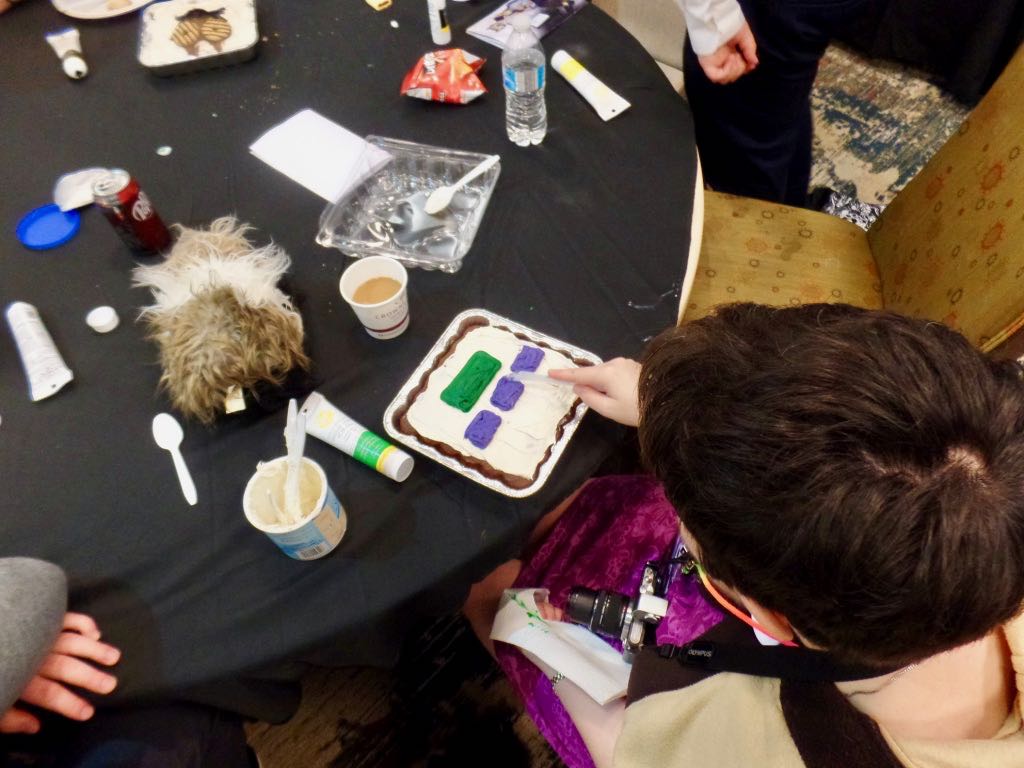 To the cake decorating party!

bunny_hugger and I again shared a cake. Trying to come up with anything that was remotely in synch for the con's ``corporate takeover'' theme I came up with: a reorganization chart. This is why I am not a successful humor blogger. 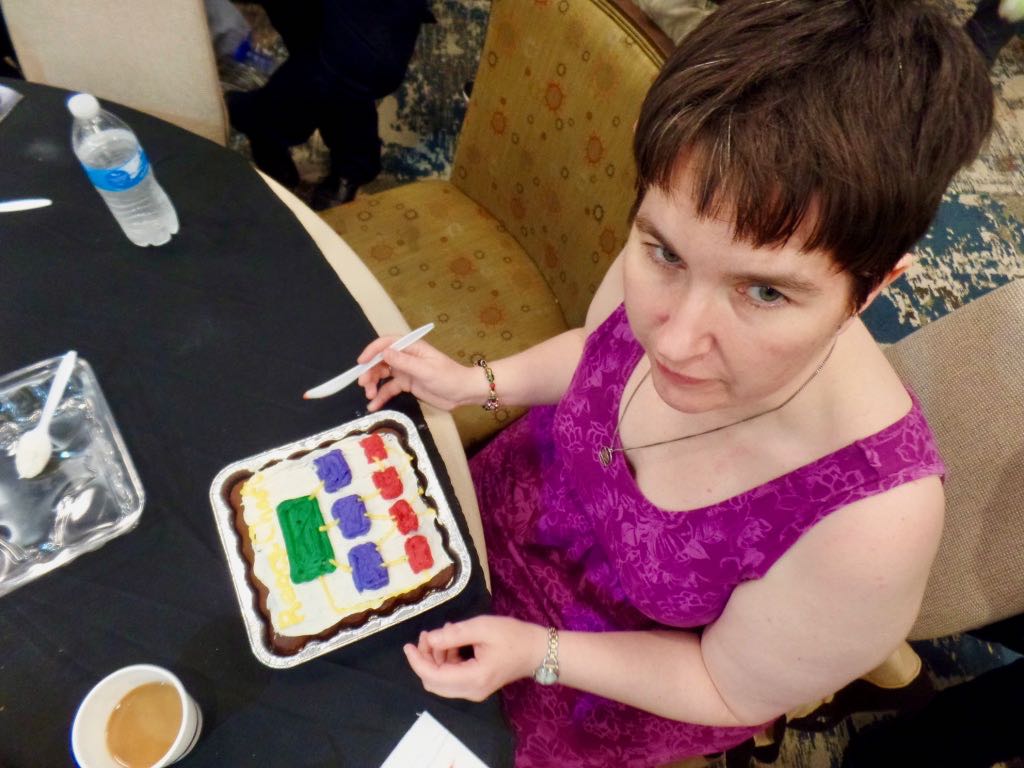 bunny_hugger wonders why we didn't go with her idea instead, ``anything at all''. 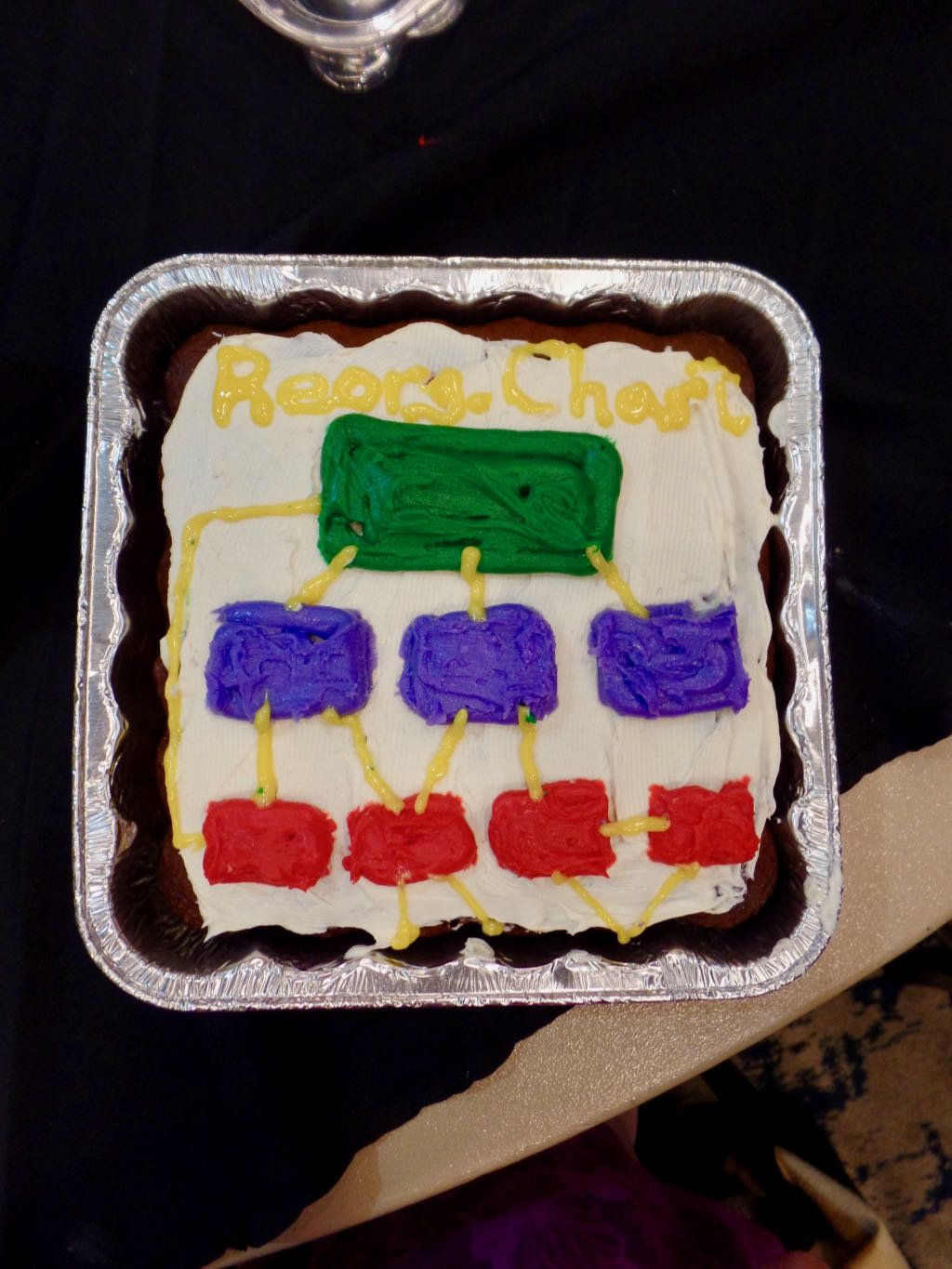 So here's what we came up with. We're a little limited by the colors we had to work with and that, once again, they didn't have the frosting tips to design the thing with any precision. But I think if you look closely you'll agree there's madness in this organization chart. 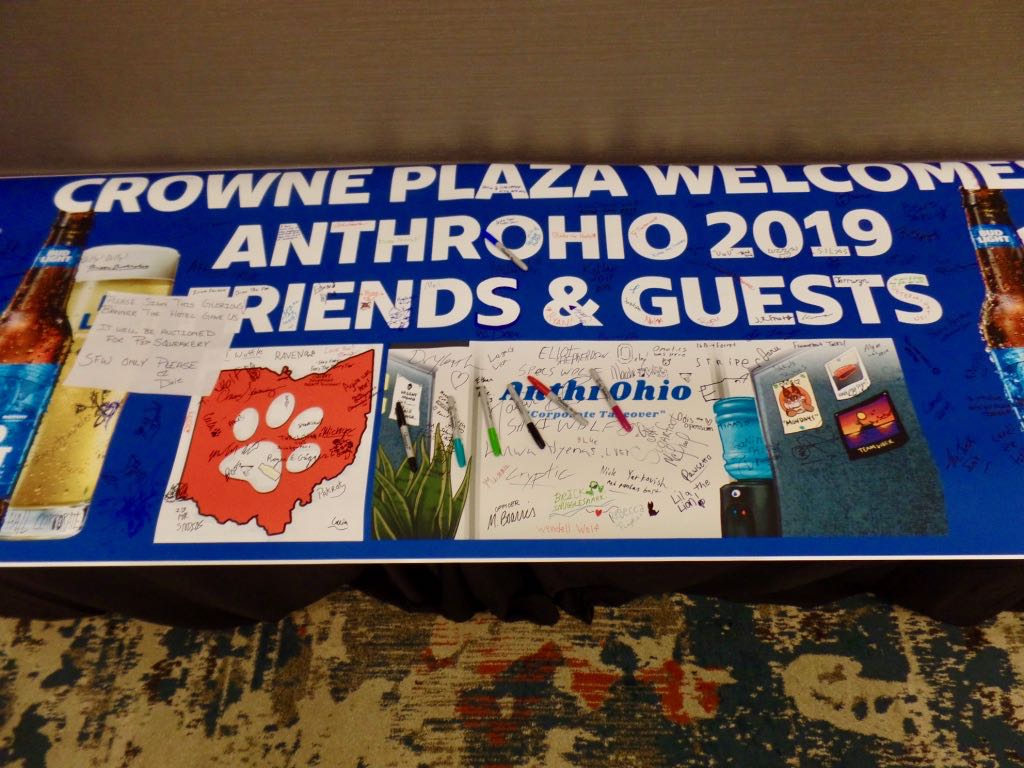 Supportive of the convention this year: beer. 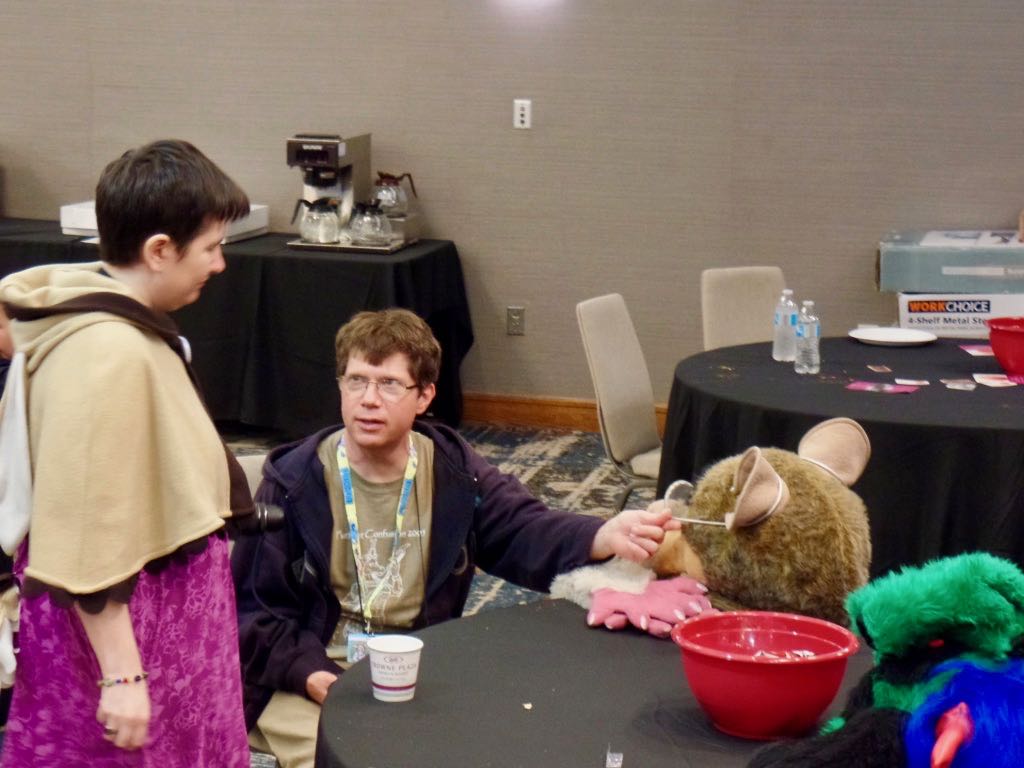 Talking with Pakrat in Hospitality. 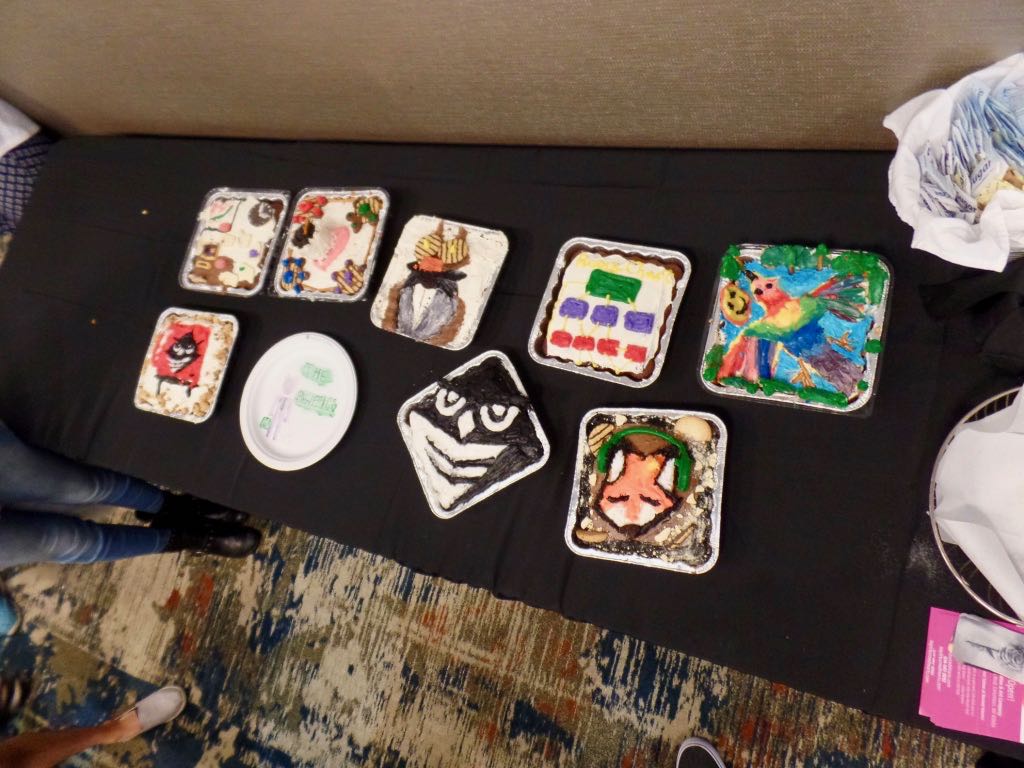 And here's a display of the cakes. The ominous-looking black-and-white one is a version of the BoxOwl Corporation Logo, which was probably the best idea anyone had. Notice another cake used the same logo idea.

Trivia: Reuters had earnings of about £600 from North American territories in 1908; a decade earlier it had earned £1,200. Source: The Power of News: The History of Reuters, Donald Read.