Til the blue skies drive the dark clouds far away

Got a full $20.40 in can returns today, assisted by a woman who decided she wanted to do other things with her time than wait through the line to return two twelve-packs of La Croix cans, so, thanks.

The Northwest Pinball Championships, set for Seattle the weekend of September 18th, have cancelled. This isn't something we were liable to get to, of course. But Pinball At The Zoo, in Kalamazoo, is still nominally set for the 1st through 3rd of October and it's really hard to see where circumstances bad enough to cancel one big event would have relaxed enough to allow another two weeks later. When that goes, though, that seems sure to be the marker that all of 2020 is wiped out for competitive pinball.

The International Flipper Pinball Association hasn't dropped any hints that they're thinking to start sanctioning events anytime soon. It's hard to expect they will when so many states are complete basket cases. But even if, say, we can resume competitive play in November, a qualifying season of less than six months seems dubious.

And here's the close of Saturday at Anthrohio 2019, which sure seems like it came faster than you would have expected. 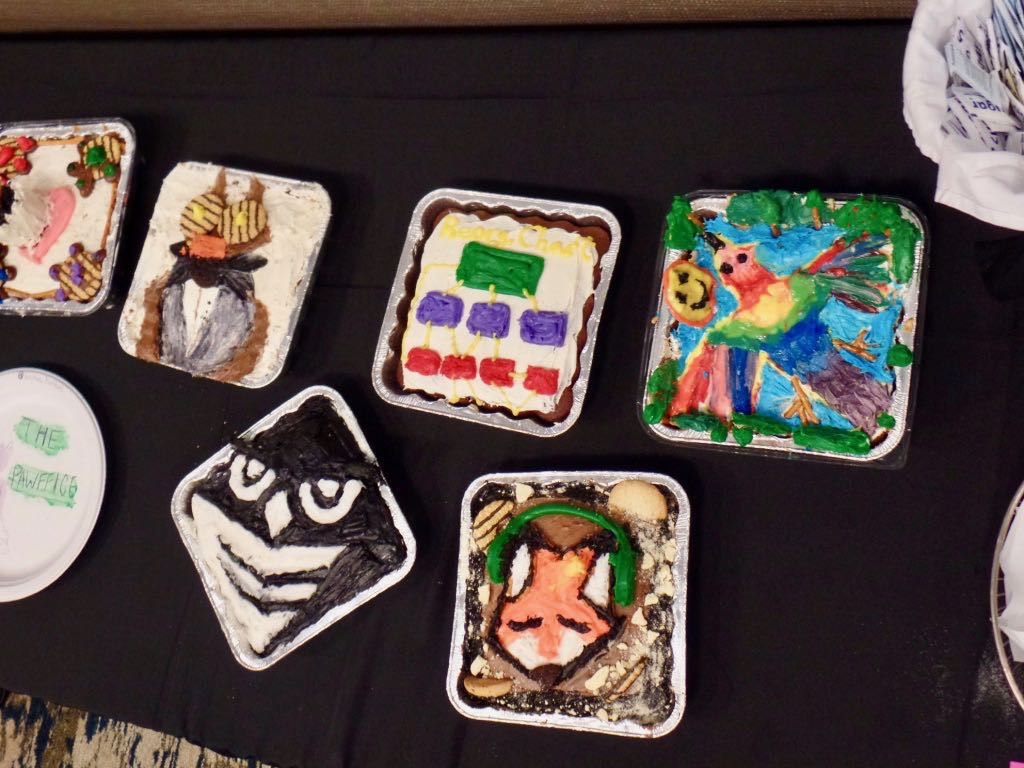 Let's have another look at those cakes. Also someone's non-cake entry, a paper plate made over for The Pawffice, which is a nicely traditional 90s furry-type pun. 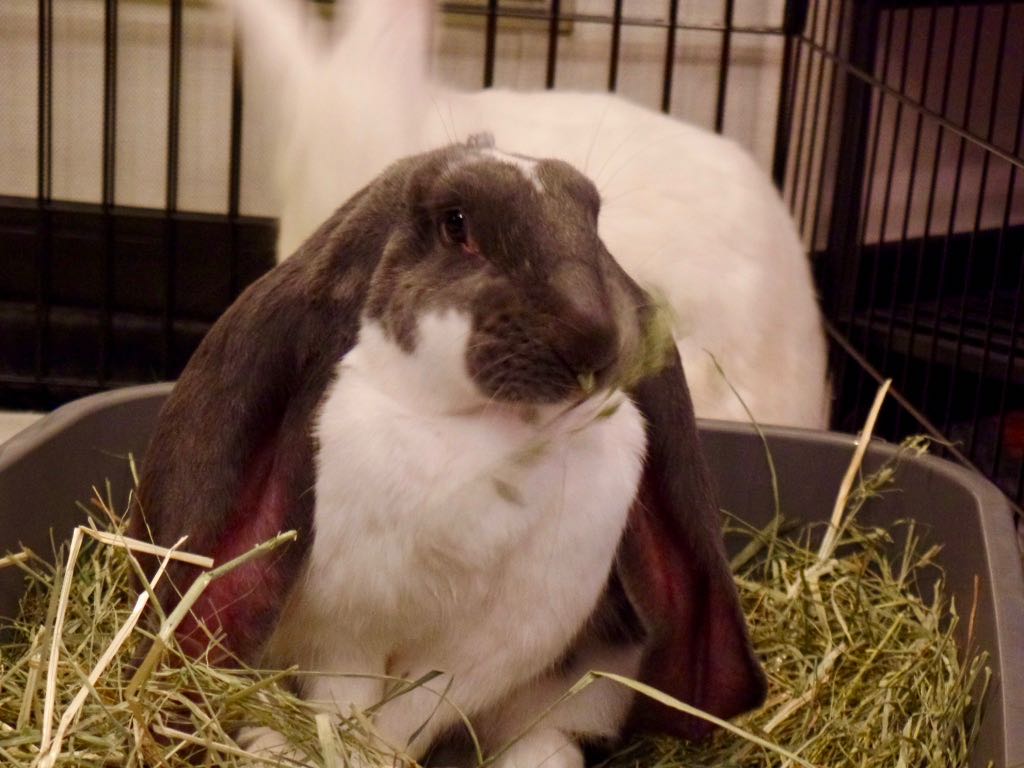 Let's have another look at those quite large ears, mm? 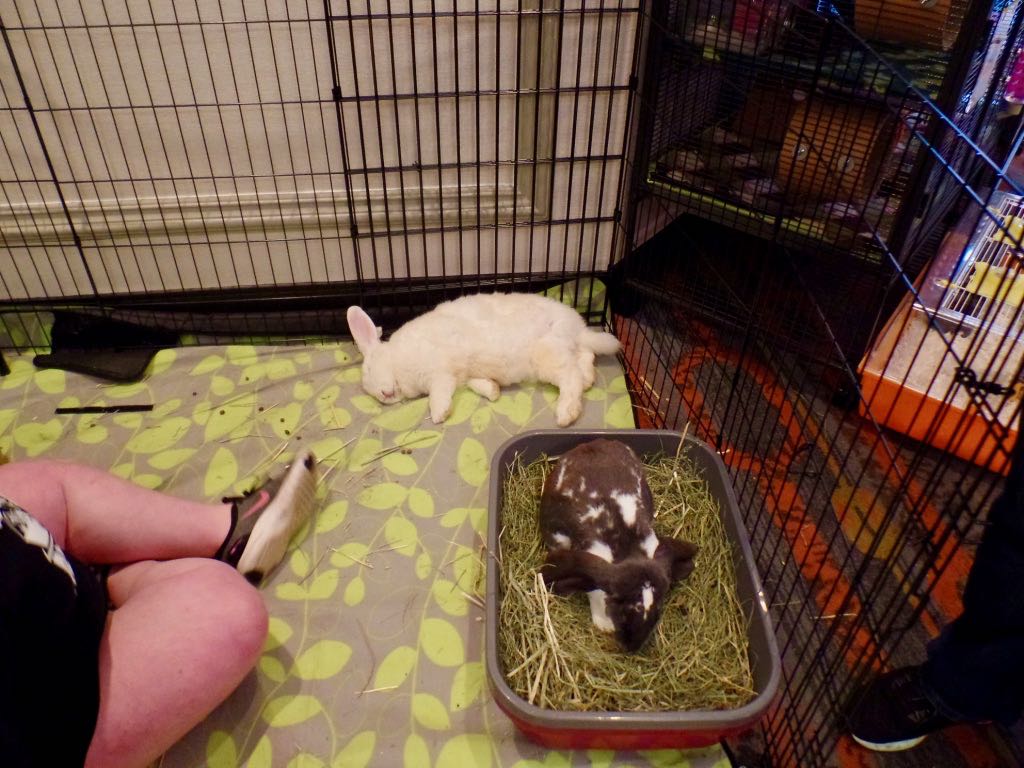 Red-eyed white rabbit has had enough and chosen to flop out. 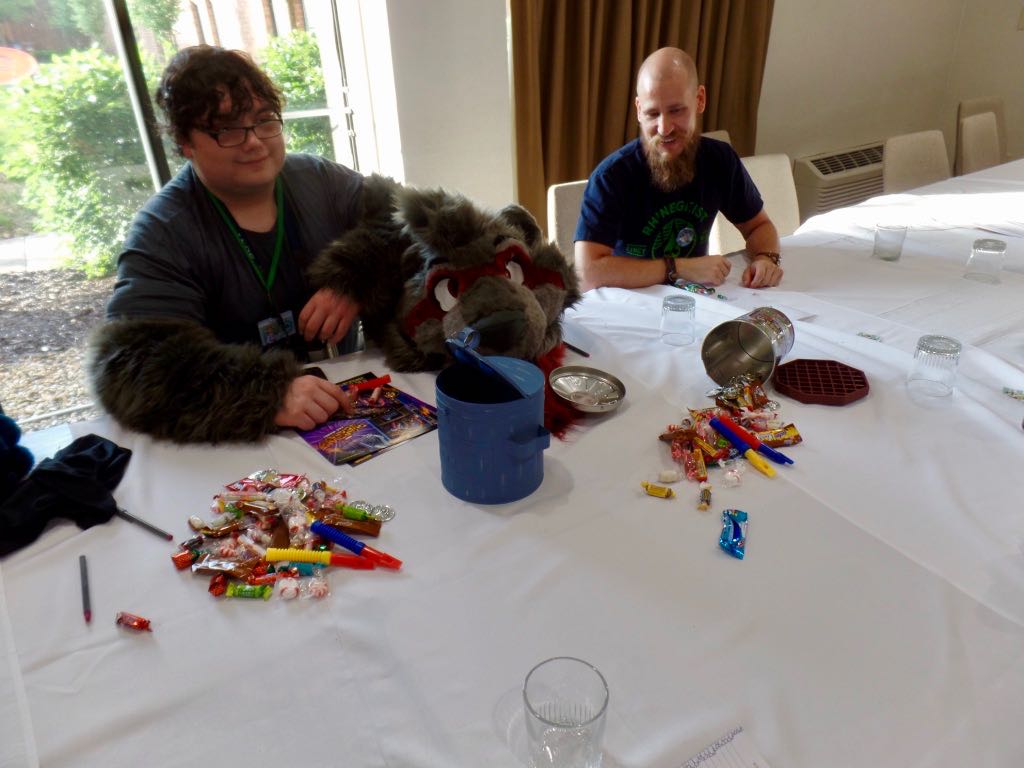 Back to the Raccoons and Procyonids SIG. The trash bins have been tipped over and candy and cheap thrills have spilled out to the attendees. Also notice the big pile of flyers for the Grauniads of the Galaxy pinball game. 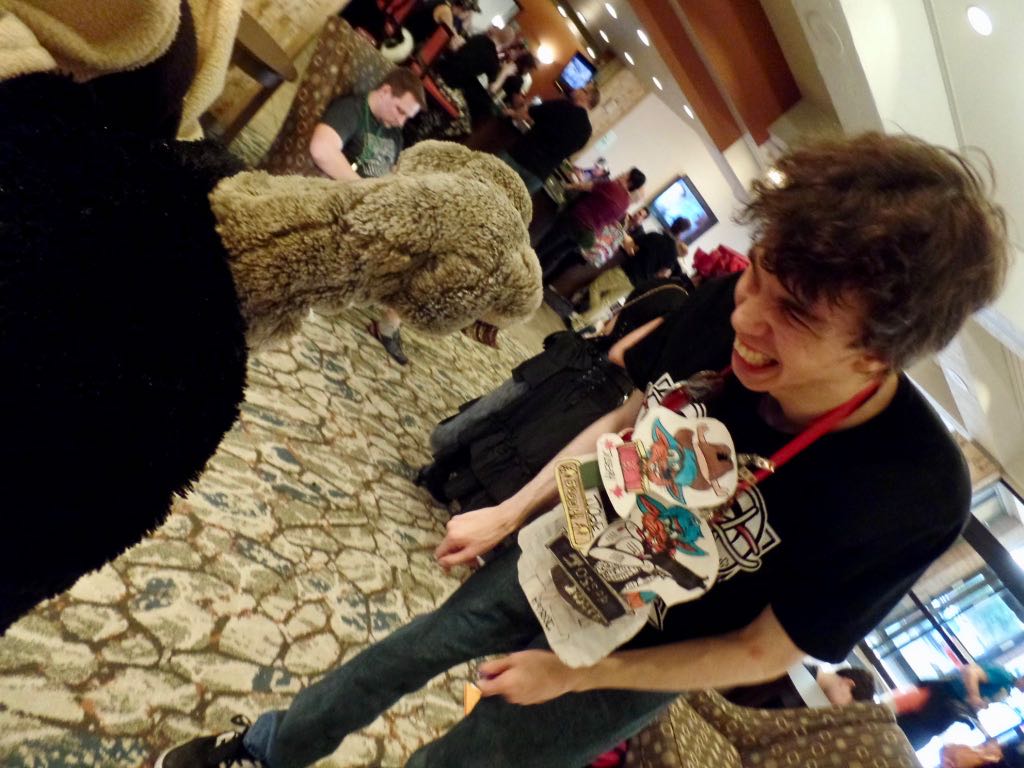 bunny_hugger's ostrich getting in some quality face time with people. 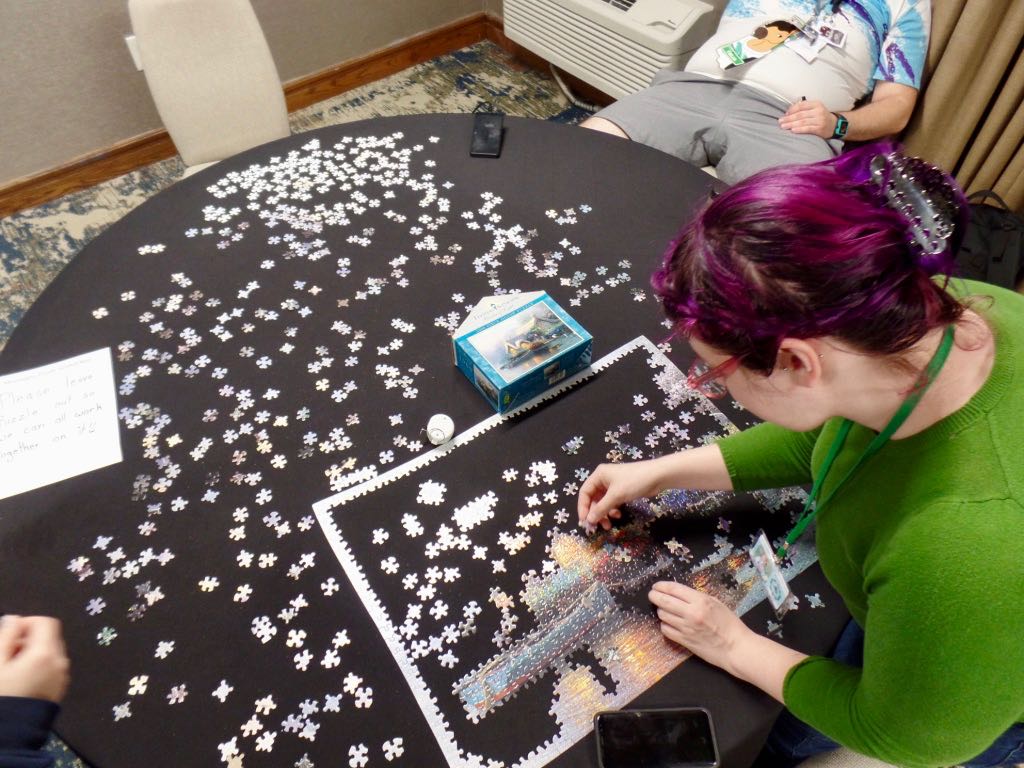 The jigsaw puzzle's maybe halfway finished! Will the community get it done before the close of the game room? 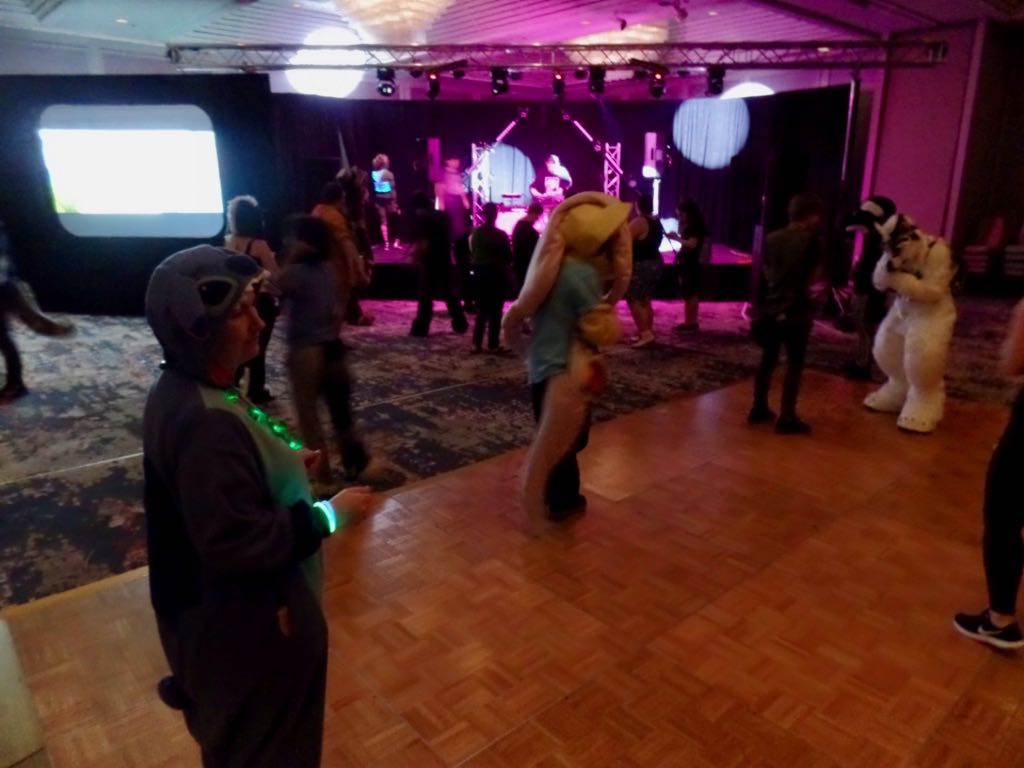 The dance! This time we didn't forget our glow sticks. 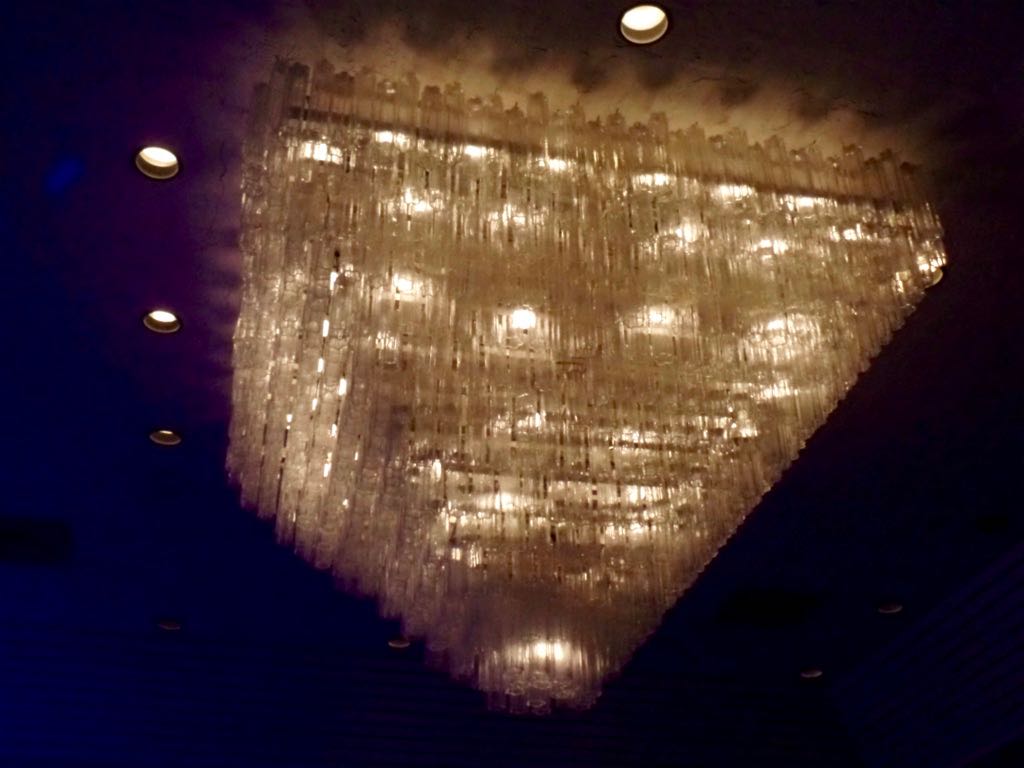 The chandeliers were lit just a bit for the Saturday night dance and they produced this great weird crystalline look. 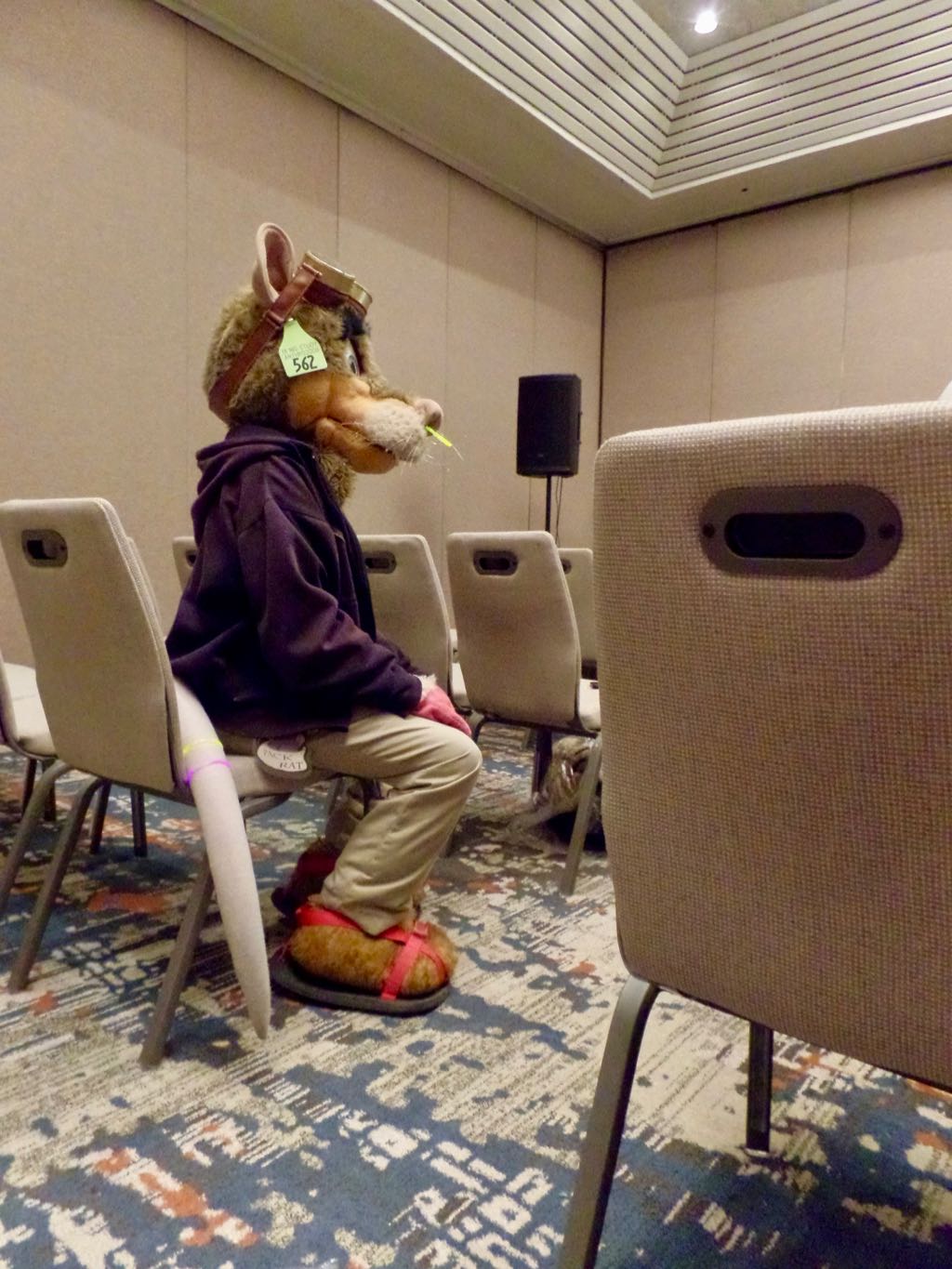 Pakrat sitting off in, I think, the aftermath of the MST3K party, just enjoying a bit of a break from things. 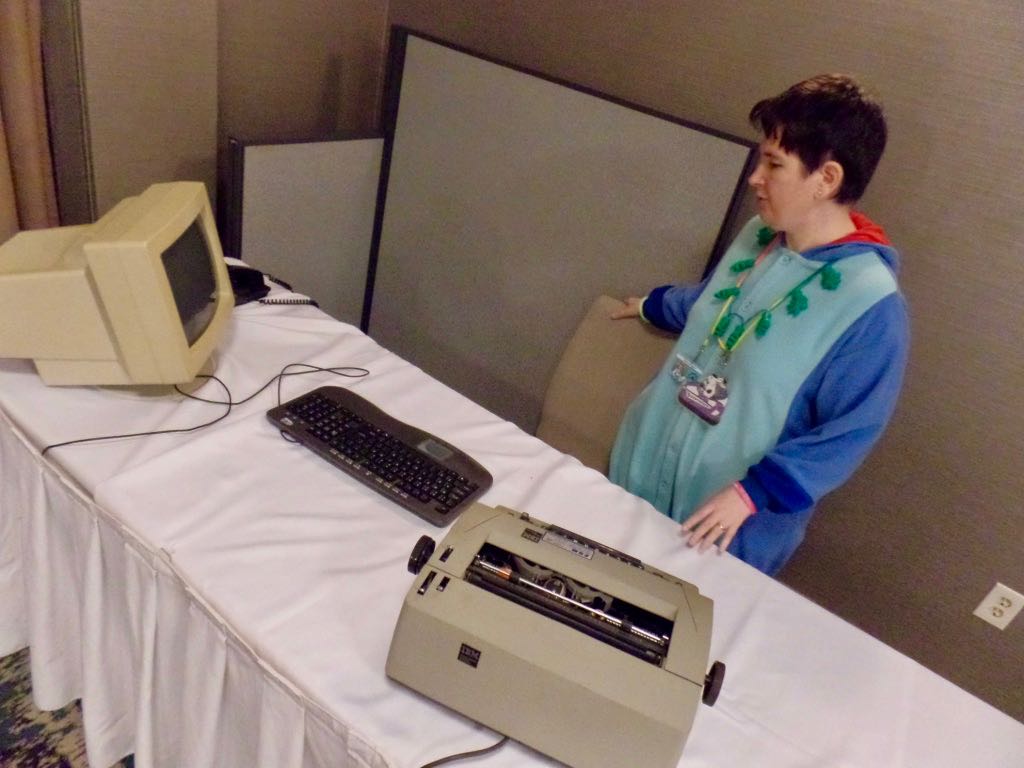 So part of the Corporate Takeover theme was setting up this little corner in a spare room for your office cosplay. How could we resist? With hardare like that? 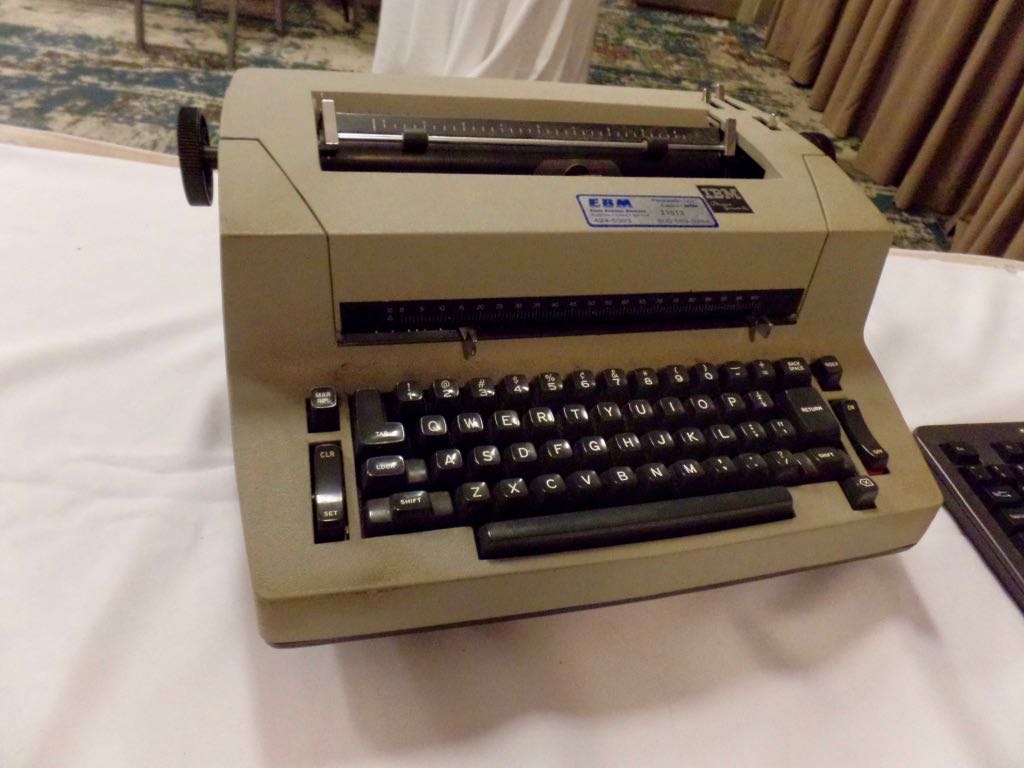 If you learned to type on one of these, you might have destroyed your wrists messing around on the computer by now! 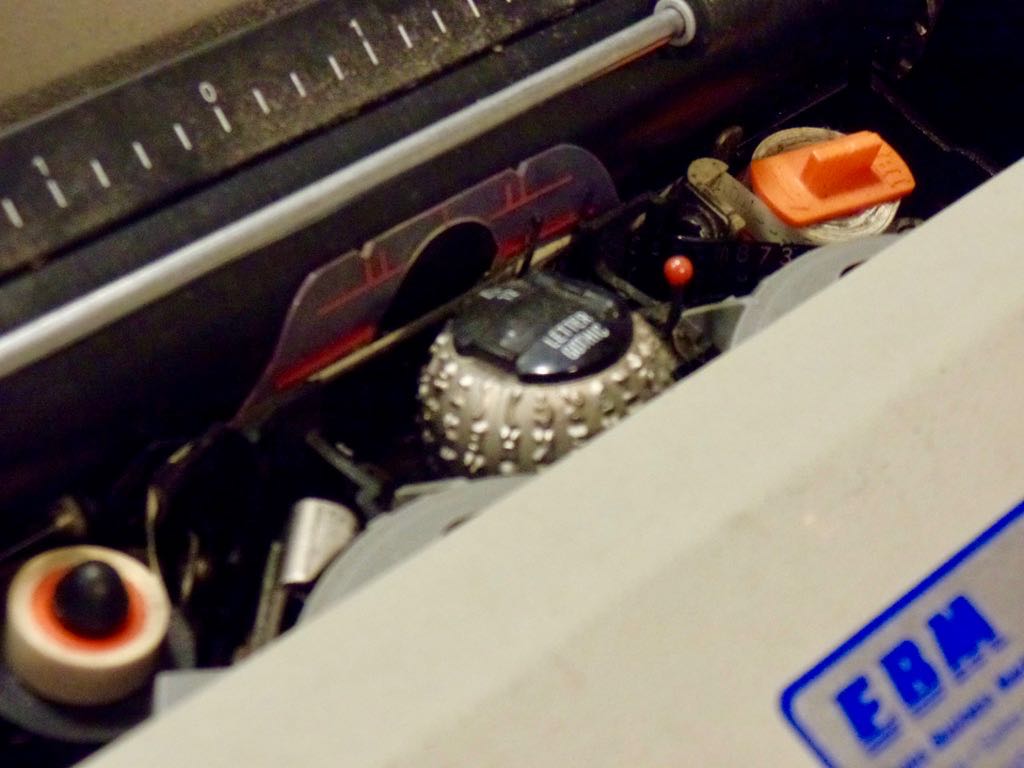 Just getting a good look here at the Letter Gothic typing ball here. I didn't quite aim the focus at the right spot, unfortunately. There's still beauty to it.

Trivia: United States forces captured Frankfurt am Main the 29th of March, 1945. By the 16th of April the American Military Commission had already commandeered 1,115 of the city's buildings, housing 3,654 families. Source: Germany 1945: From War to Peace, Richard Bessel.