Tell them I won't be long

We first thought we might see Comet NEOWISE from somewhere in town. We knew it'd be hard, since we're in Lansing, but if we knew where to look? Why not see it then? Unfortunately the first night we might have seen it was the night we got the Switch back and were dealing with how Nintendo had not, in fact, fixed it. By the time we had given up on it, the skies had clouded over. Monday,

bunny_hugger had looked up where people go to stargaze near Lansing and got back the Michigan State University observatory. The observatory wasn't open to the public, because of quarantine, but there's parking lots. So we went there and found the grass lot and stood around for an hour, wishing there weren't so many parking lot lights around. Also that there weren't so many clouds. We finally had enough of this and went in. But we did see a rabbit hop through the fields, come up next to a tree, and lie down staring in its direction for most of that time.

Wednesday we tried again, and this time thought to leave that grass parking lot and walk closer to the observatory. This was good; the darkness was much better and there were even people with a telescope agreeing that they were seeing things. And, after a while, we even spotted it, the old-fashioned way. Getting a glimpse of something in the periphery of my vision and using the binoculars to get closer to it. We found a good pair of stars, easy to spot, to use as guidance.

And then Friday we did one better. There's an amateur-run observatory at Fox Memorial Park, in Pottersville, a town I didn't know was anywhere near Lansing. They do public events twice a month, turns out, and this was their biggest event since (they said) the Mars opposition. They had a good half-dozen telescopes set up, some of them aimed at the comet. Others were pointed to Jupiter and to Saturn, and they rotated among targets based on what was obscured by trees.

We spotted the comet first by binoculars; it had moved form where our guide stars pointed, and that took a while. The telescopes were centered and regularly re-centered on the comet, though, and that was some great seeing. But the most impressive might have been the stars pointed at the gas giants. Jupiter was looking great, with the Galilean moons nicely visible (I think it was Callisto on one side and the other three opposite that). Several of the cloud bands were clear too and we could see the Great Red Spot, which might be the first time I've seen it with my naked eye. Saturn was even more impressive, as it was just off opposition and the rings, while not at maximum extent, are still pretty broad. And in the telescopes it just looked perfect, so clear and sharp as to look like a sticker of itself.

One of the astronomy club guys pointed stuff out in the sky, too, using a laser pointer and I was stunned how well that worked. There was enough dust or moisture in the air for that to be visible even as it reached, apparently, to Vega or whatnot.

We spent an hour and a half there, in darkness better than we knew we could get in the Lansing area. Also in our biggest crowd in months, which was not as comfortable a thing as you'd think, even given that we were all wearing masks. We are hoping there wasn't anything spread by having eyes against eyepieces like that. We tried not to touch our faces, naturally, but we couldn't wash up until we got back home.

Still, it was great to have seen some of the comet while it lasted, and to see the planets and far more stars than we ever see at home.

Sunday night at Anthrohio we needed dinner and had let it run late enough we couldn't go to the grease truck or to the burrito place or anything. I had an idea where we might go, though. It even promised to be just a couple miles away, which was true, but it required getting onto and off of about 26 Interstates, then a mass of city driving, then the discovery that we were in the same big hipsters-wandering-in-the-streets-outside-bars part of Columbus that looked strikingly like the area around the 1Up Arcade in Denver. And what newly-built mixed-use facility did we encounter, and eat at? 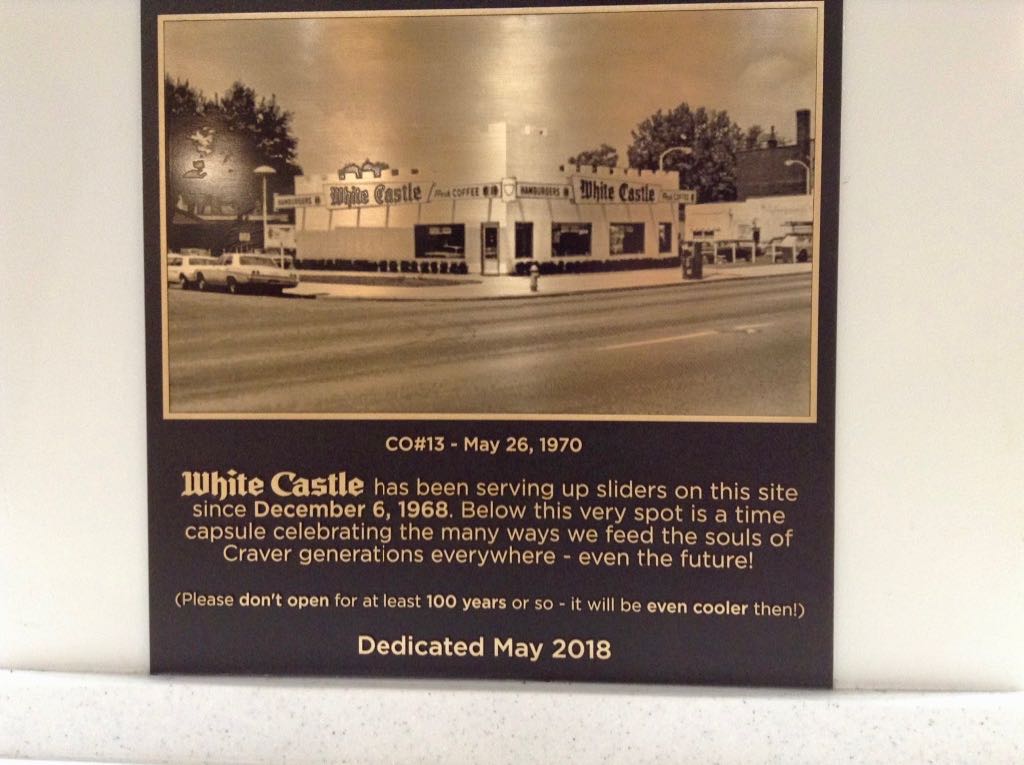 When we --- finally --- got to this downtown White Castle we found ... it was a strange one. Like, dazzlingly new and a bit posh. And, like, it had a time capsule, buried the year before and to be lost sometime by the year 2118. 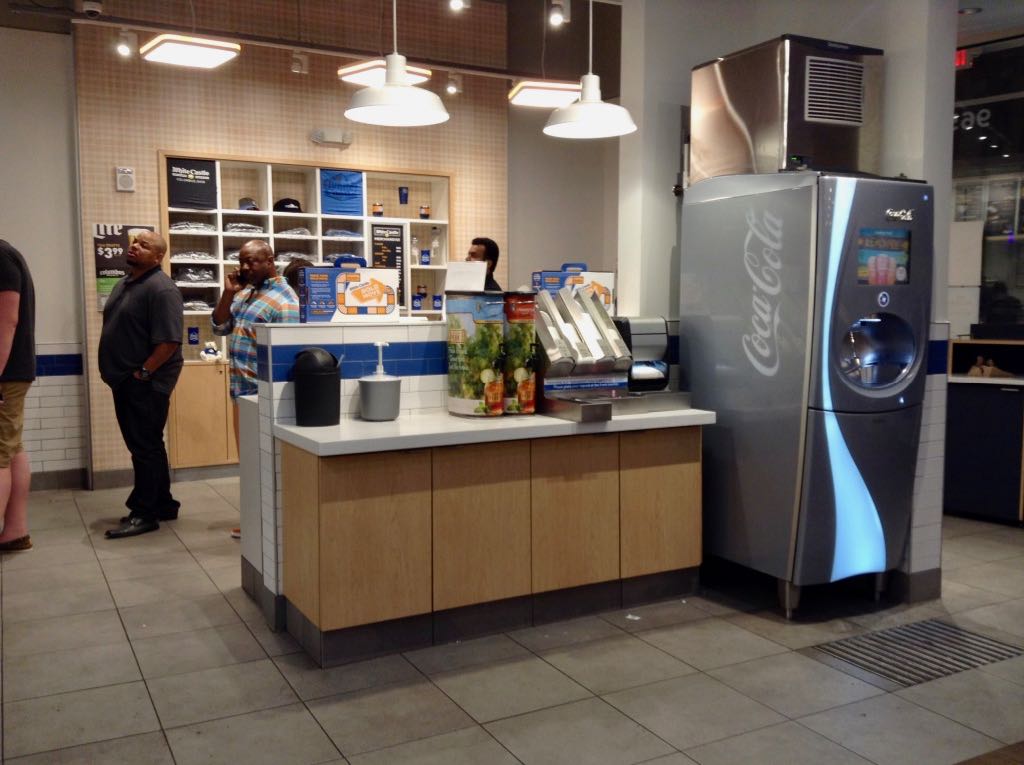 The White Castle had a pretty good line and, you see, a merch counter too. We didn't pick up anything but we did think about it. 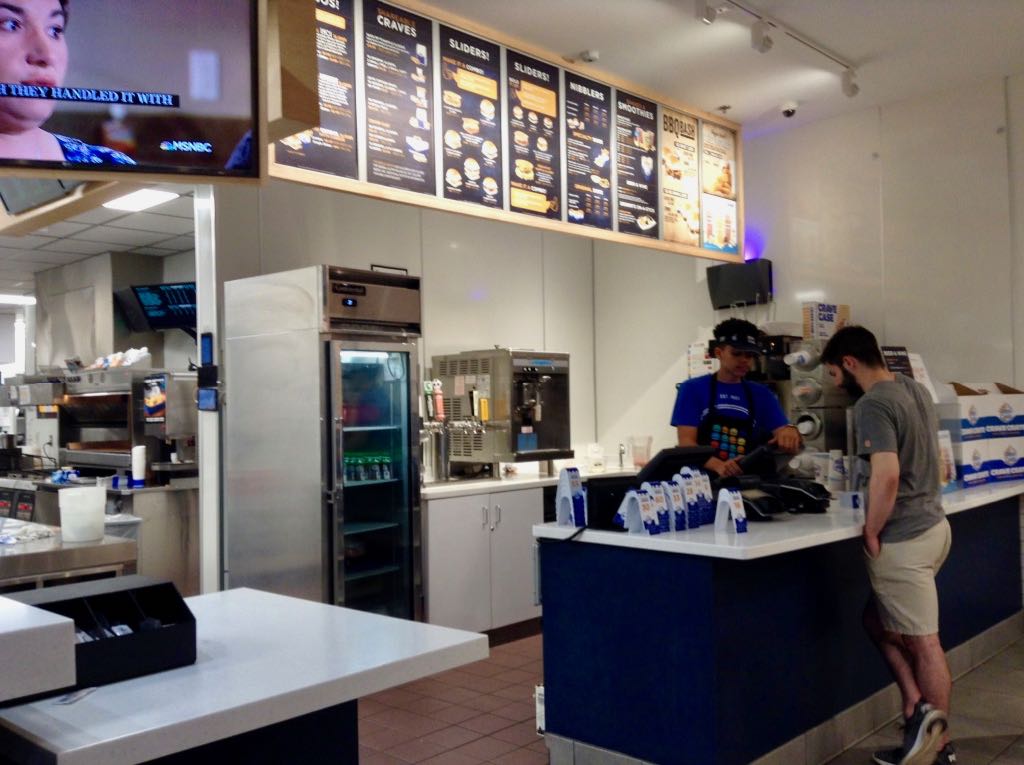 I didn't get the picture of the menu board I hoped for, but it was robust. Like, it even included salads. Who gets a salad at White Castle? And the answer is that this is, like, a flagship restaurant, with really good Impossible burgers in several varieties, and just made better than they were even at nearby White Castles. It was a great discovery. Annoying drive to get there, though.

And you know what? That's enough pictures for today. I gave you a lot of story instead.

Trivia: During Count Ferdinand von Zeppelin's first, July 1900, test of the LZ-1 airship, a winch used for control jammed, an engine failed, and the hull sagged at both ends. The flight lasted eighteen minutes. Source: First Flight: The Wright Brothers and the Invention of the Airplane, T A Heppnheimer.

PS: Using my A to Z Archives: Fractions (continued), bringing up a subject that many mathematicians never think about, but that you can, easily.