Let it shine wherever you go

$10.60 more in returned bottles and cans, including the lone glass bottle that Meijer's was willing to take. (They don't have to accept brands they don't sell and a couple of these I think we got from the farmer's market. The Moxie bottle I tink we got from Cracker Barrel.) And this, amazingly, clears out our stockpile of cans and bottles that were building up since the quarantine started. We had altogether a total of $53.20 in returns, allowing that we were still using cans and bottles after the first load went back, and stuff like that woman who gave me some La Croix cans.

We went to another movie at a drive-in theater. This one, a weird one. The theater was weird I mean. It's not a traditional drive-in so much as it is a couple screens set up in the parking lot of the USA Hockey Arena, which has an Olympic-size and an NHL-size arena and which has some slow times in the middle of summer. So they set up a couple temporary screens, mark off spaces in the parking lots, and invite people to come for the show. We're thinking to try taking in pictures at all the drive-ins around an hour from us --- there's three of them --- and since this one closes for the season earlier than the rest, this was a good chance for us.

It's, well, a professional sports arena, although one damaged by the pandemic. It still has the schedule posted for this spring's intended ... uh ... I don't know. It was some impressive-looking slate of a lot of games over the course of a couple weeks. The corridor leading to the bathrooms were divided by those extendable fabric ropes and signs saying which side to go on. Someone sitting outside the restaurant stopped us, as we approached, to ask if we were looking for the restaurant or for the bathrooms and while they didn't reveal things we hadn't already worked out, it was a friendly gesture.

The movie --- they only showed one, and Yelp is not happy they're not a double-feature theater this year --- was E.T.. I don't remember when I saw it last, and a movie you've gone that long without seeing can harbor surprises. I'm glad to say most of the surprises were pleasant. Like, the movie didn't go get a bunch of particularly sexist or racist or homophobic jokes, even though it's about a bunch of kids in the 80s. There's a lot of nice, honestly sweet moments among the siblings. A great deal of the movie's more arbitrary moments are set up, or at least foreshadowed; you can ask why it was E.T. came back to life, but then earlier, Mom was reading the bit in Peter Pan where you have to will Tinkerbell back to life. It doesn't explain things any more, but it does remind you, you can accept this stuff.

Also, as happens surprisingly often with these beloved 80s movies, the ``villains'' really aren't wrong. The alien should be observed, and the whole family should be quarantined until they know they haven't picked up Space Flu. When E.T. does die, one of the medics rips off his mask and starts giving mouth-to-mouth. To an alien. This is daft, but it's certainly heroic.

And, boy, y'know, you forget the stolen-drug plot that's in every 80s comedy. (It's heroin, in liquefied form, being smuggled through the beer cans that E.T. drinks. It's why his telepathic link with Elliott gets so supercharged but he also crashes hard, coming to his death, later on. Mom is so busy controlling her freak-out about this that she can't even process that Elliott started a frog-liberating riot in school. This is what Dad is doing in ``Mexico''. The feds tenting the house gets her off the hook since then the smuggling operation around them on both ends freaks out, assumes Mom and Dad are compromised, and cuts them loose.) Amazing stuff. Seriously though, Mom is surprisingly chill about what, to the best of her knowledge, is Elliott drinking enough beer to be drunk in school.

In the story comics. Want to know What's Going On In The Phantom (Weekdays)? Why is The Phantom destined for an unmarked grave? May - July 2020 gets its recap here.

So this is not technically Anthrohio 2019 stuff. But after the con, we went to the nearby Olentangy Caves, a tourist trap we keep thinking every year we should visit, and here, we finally did. ... After one quick side errand, anyway. 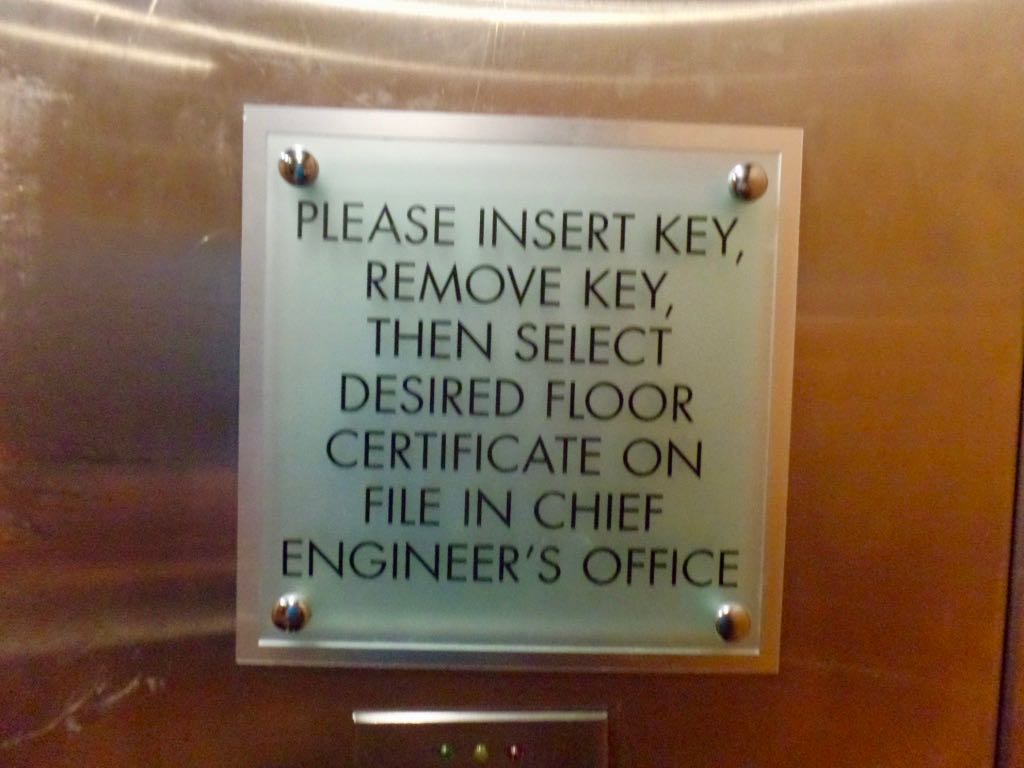 Oh, yeah, first, a sign in the hotel elevator that could really use a bit more punctuation. 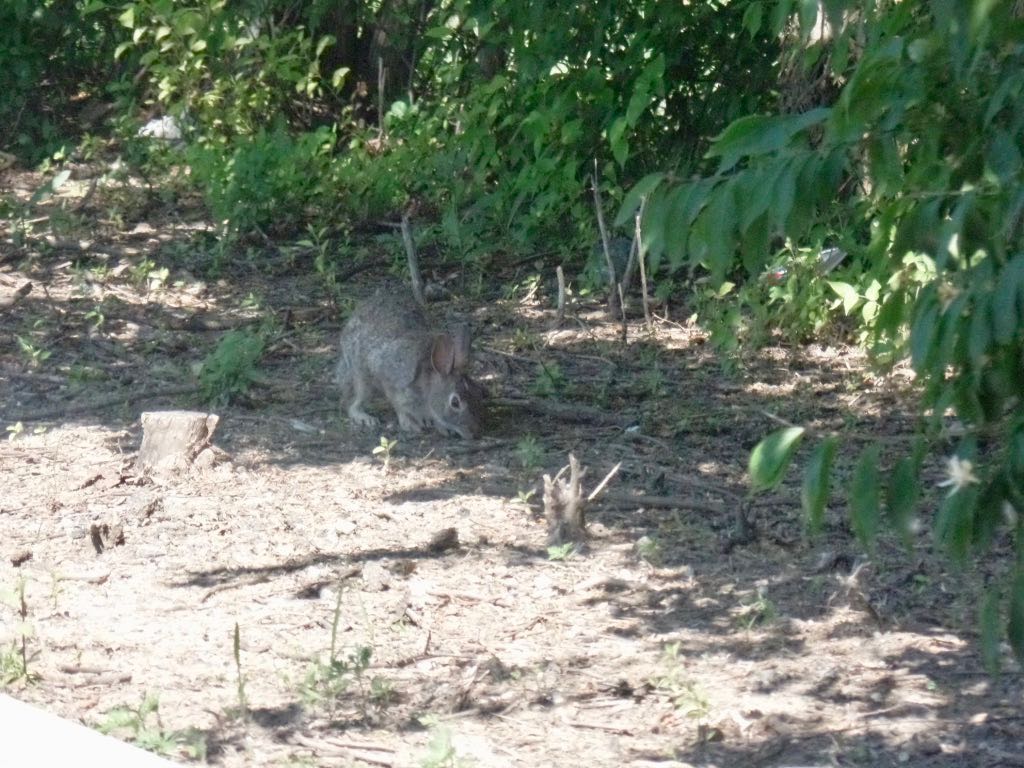 We went off to a nearby office park to get a letterbox, successfully, and while we were busy with that this little cottontail came out on some business. This even though it was the middle of the day. 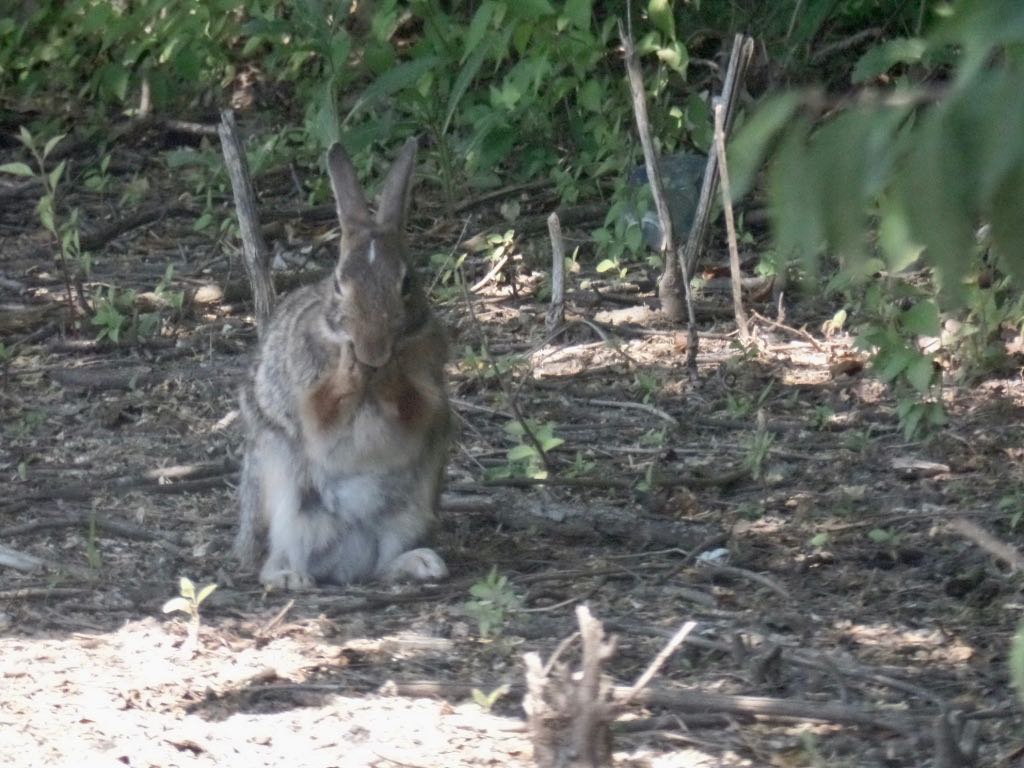 Wild rabbit sits up for a bit of grooming. It would also flop, rolling in the dirt, something we never expected to see and which caused us to realize that perhaps flopping is something rabbits do to give themselves dirt baths. 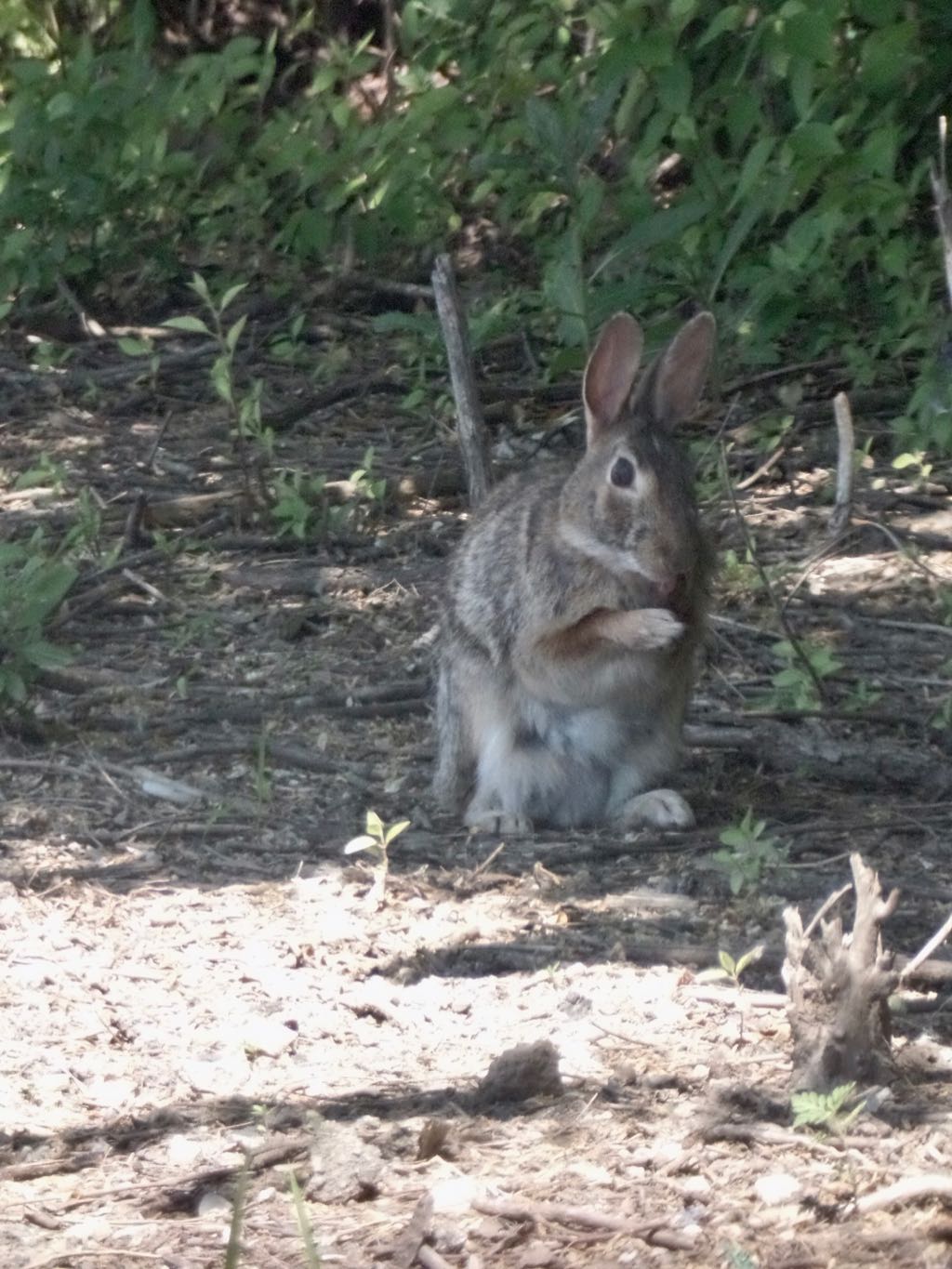 I'm not positive but I think I got a picture of the wild rabbit's tongue here? Anyway we spent a good ten minutes watching the rabbit grooming and dirt-bathing. 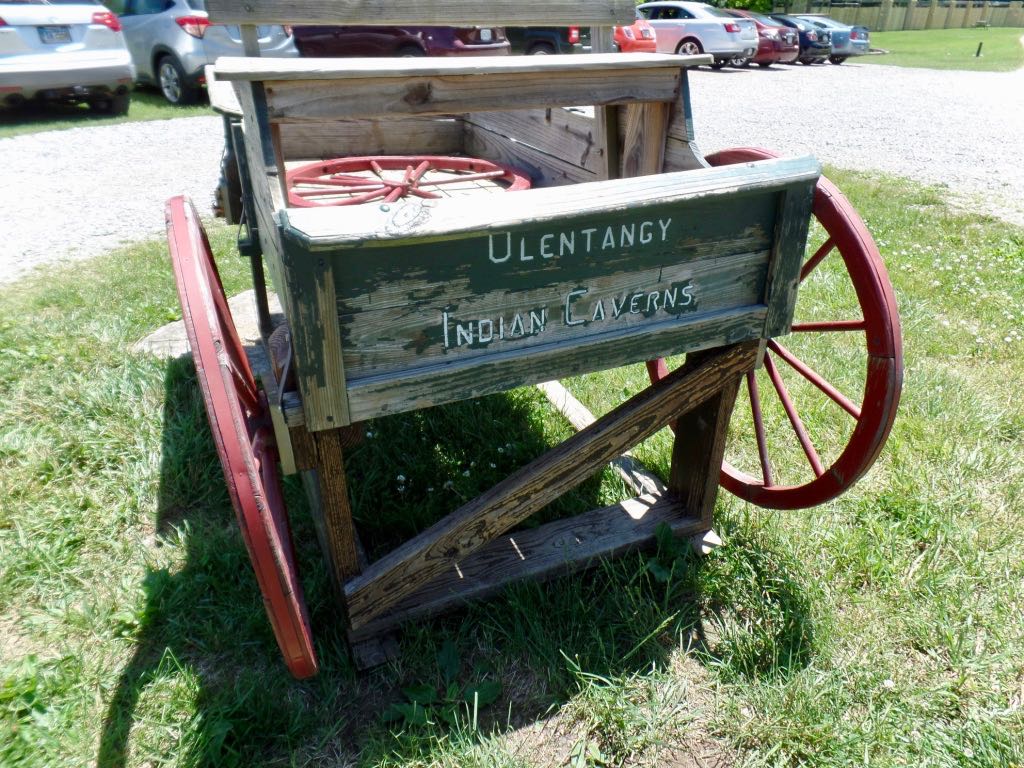 Right, so, to the tourist site. The Olentangy Indian Caverns are limestone caves used by Wyandotte Indians all the way into the early 19th century. In the 20th century white folks realized it could be a roadside attraction and developed it that way. 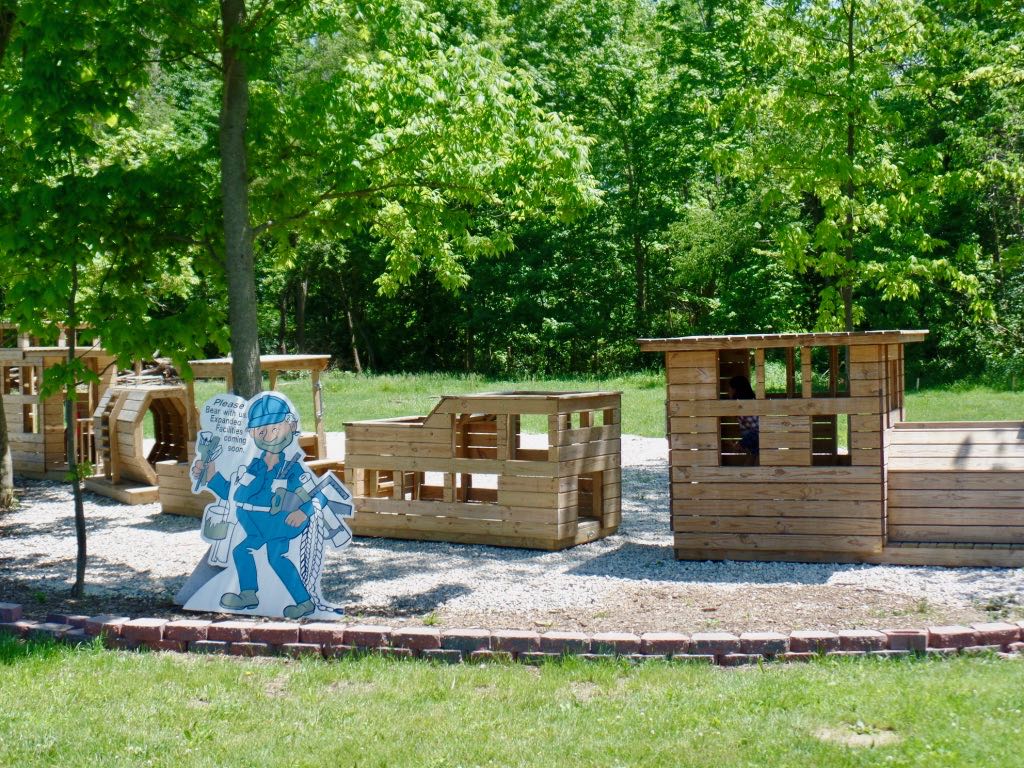 Playground under construction. I'm supposing this will be a train playset once it's done. 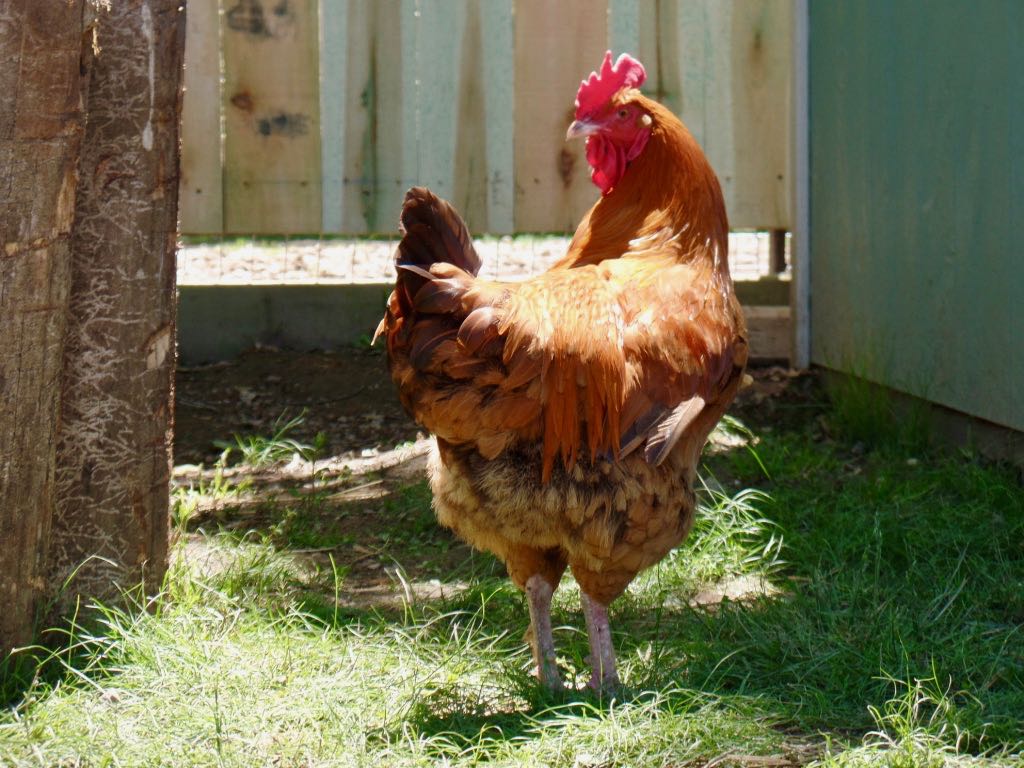 They have a petting zoo. We didn't go in, but we were allowed to be glared at by this chicken. 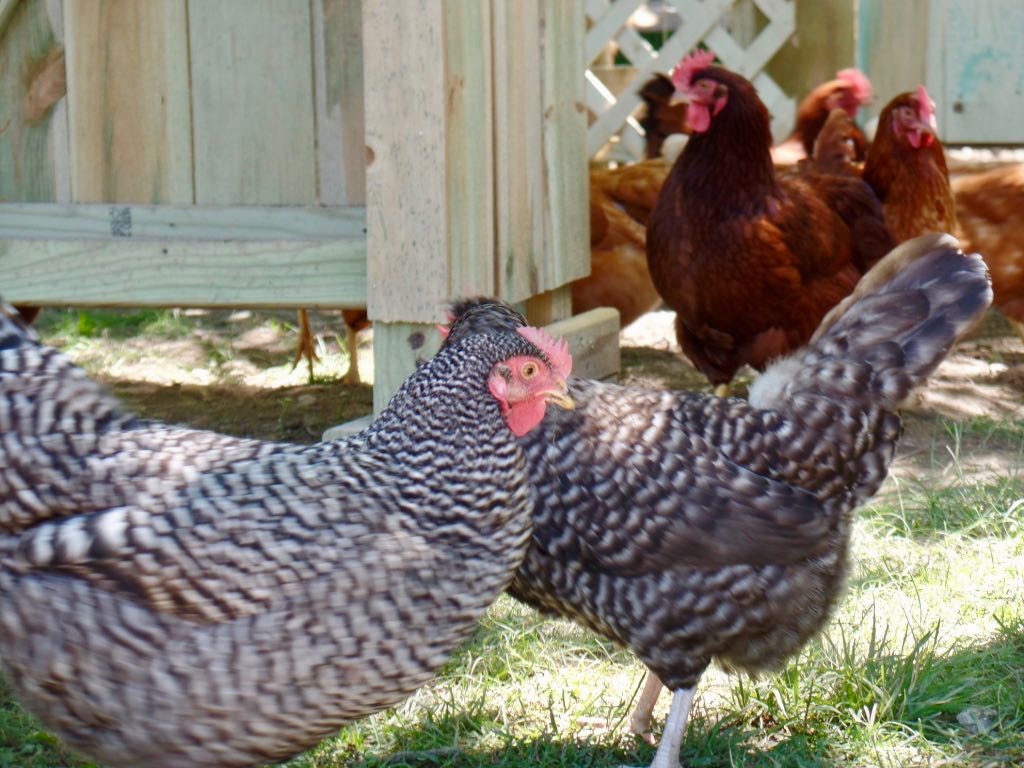 And there were a healthy bunch of chickens strolling around. 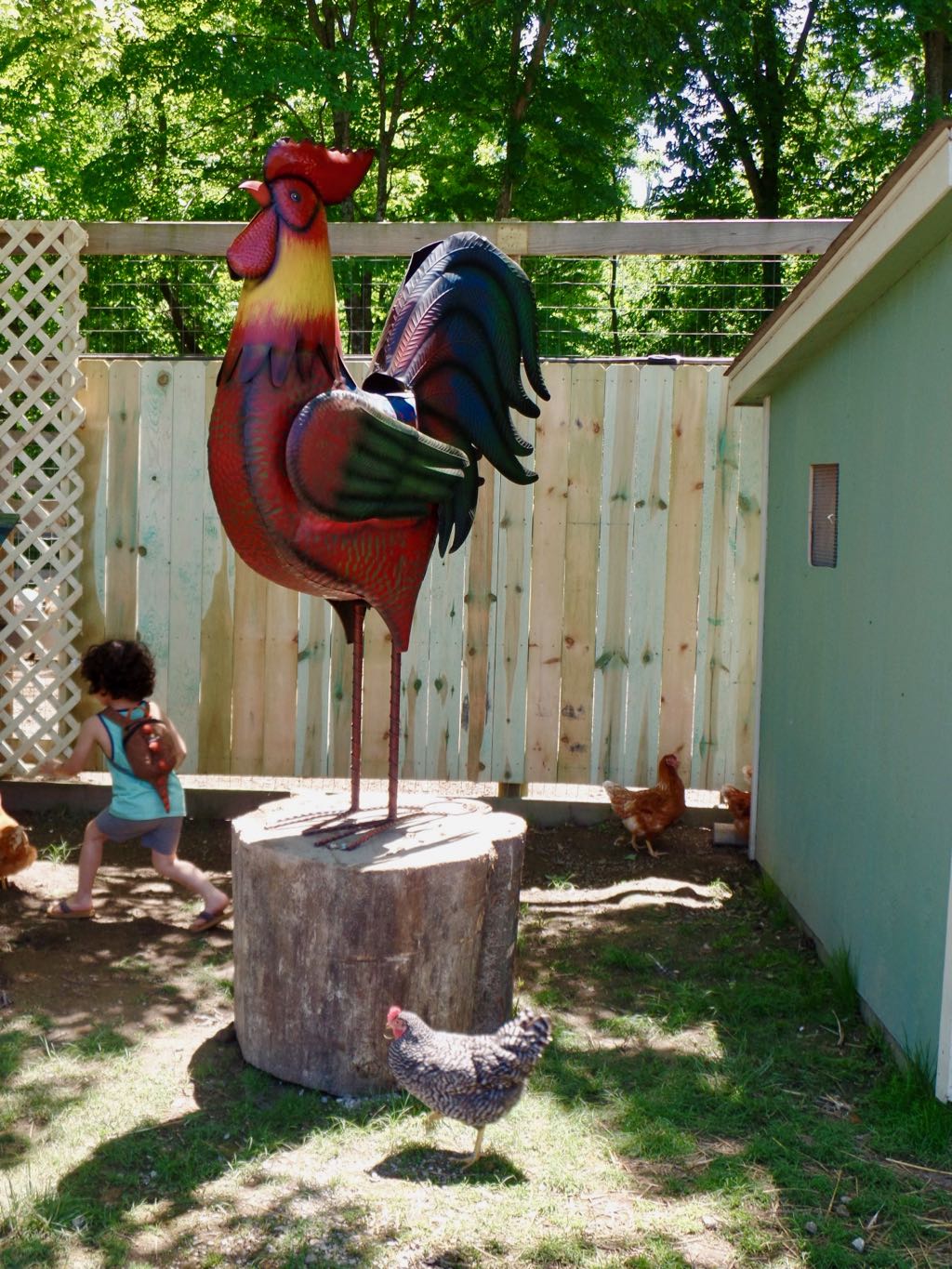 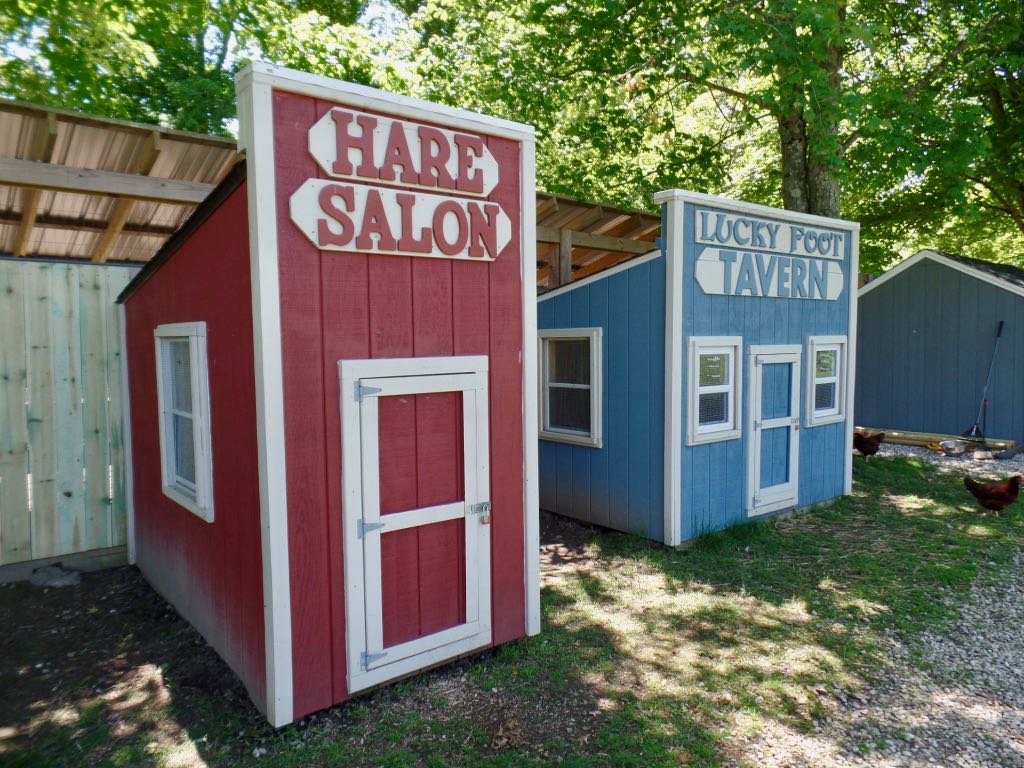 Go on. Take a wild guess what animals are kept inside the Hare Salon or the Lucky Foot Tavern. We could see the rabbits inside, but there was no getting a useful photograph in there. 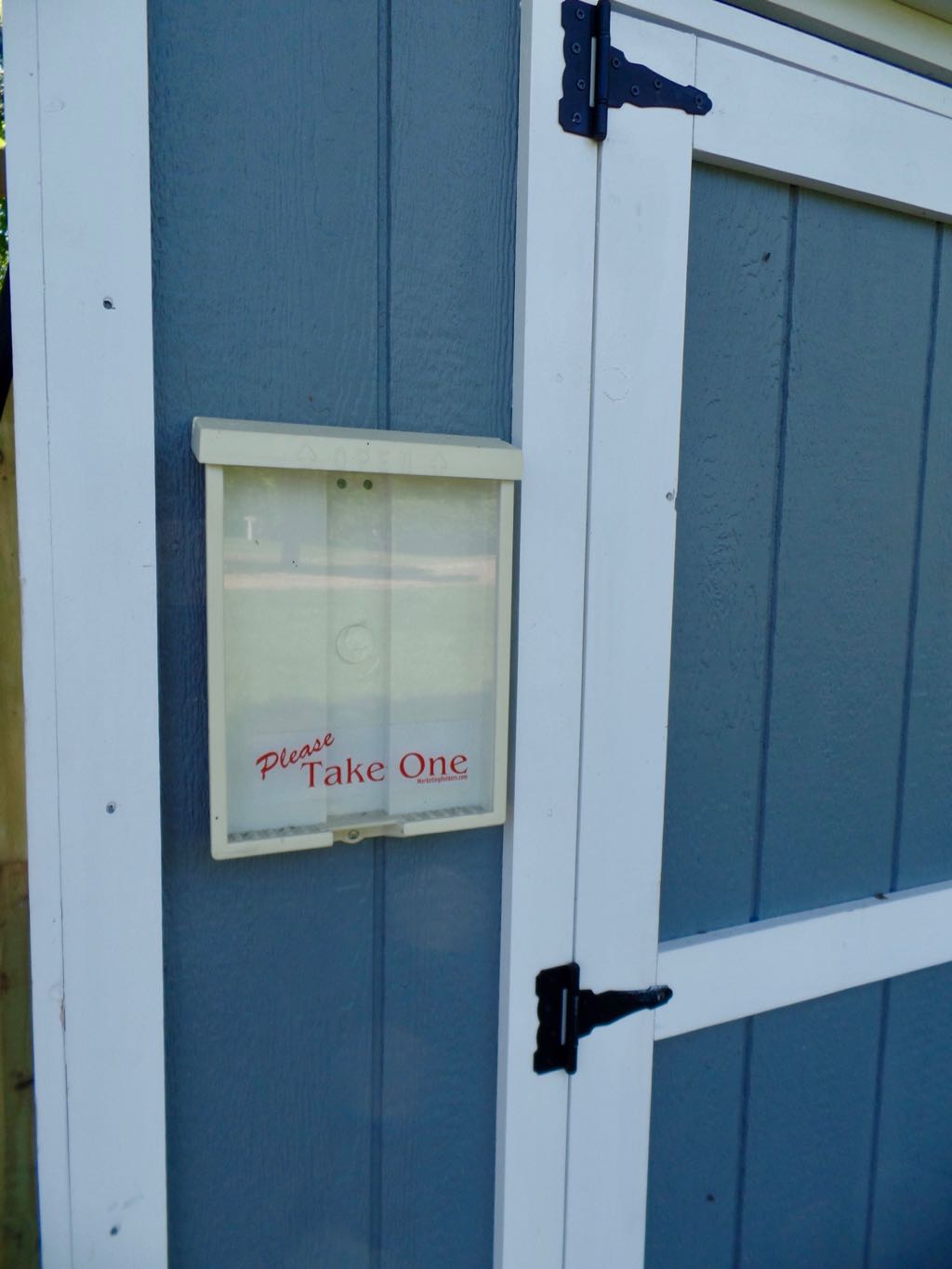 Trivia: A kilogram of human teeth contain about 130 grams of phosphorous. Source: The 13th Element: The Sordid Tale of Murder, Fire, and Phosphorous, John Emsley.