So this is not really about me. But it's been affecting me.

bunny_hugger has, in the attempt to regularize her sleeping, gone into a strange new world. The process seems like it's just ``pull enough all-nighters that your body clock resets''. It's a little more sophisticated than that. What she's doing is moving her sleep and wake times ahead, two hours at a time, once every three days. So, like, after a half-week going to bed at 3 am, she started going to bed at 5 am, then 7 am, and so on.

This is, of course, a drastic lifestyle change. Not so much going to bed at 5 am, not for us, but going to bed at 1 pm? 7 pm? We're midway through and it's got her living basically on Singapore time.

And, for all the many bad things caused by the pandemic, it did open a maybe once-in-our-lifetime-we-dearly-hope chance to try this. It's not preempting any amusement park visits or summer holidays or pinball events or anything. It's hard to imagine how people with jobs that have specific time requirements could ever do this. But, it's summer, and this should finish by the early start of the university's semester.

This has been complicated. She's had to put together her own page-a-day calendar listing what her scheduled sleep and wake times should be. And, as you'll find if you work it out, she's having one ``less'' day than the rest of us. She's chosen to strike the 31st of July from her 2020, picked because it was close to midway through and at the end of a month and oh, whoops, it's also her friend EJL's birthday. He's not taking it personally. It's also messed up our ability to have meals together. So far we've been able to have at least one together each day, though.

There's a lot of mixed feelings to have about this. The big is that we're living time apart. This week, our sleep times don't overlap at all, so we have more time alone in the house than ever. That's lonely, especially since all social visiting anything is off. But it does also mean we have time to ourselves and that's not a bad thing, exactly.

It has let her discover what the house, and the neighborhood, are like in the mornings. How intensely dark our backyard is, for example, a thing I accept on faith because I'm not getting up at 6 am to appreciate its darkness. Or the still quiet of that hour. Walking around the neighborhood before it starts to heat up for the day. Whatever else happens, she's seen our home in a different way than she'd ever have imagined, and I feel like that's an adventure worth having. But then I'm not the one sitting up at 5:30, alone, trying to push through that hour of deepest fatigue.

So now let's get back to the Olentangy Caves, and see the caves. 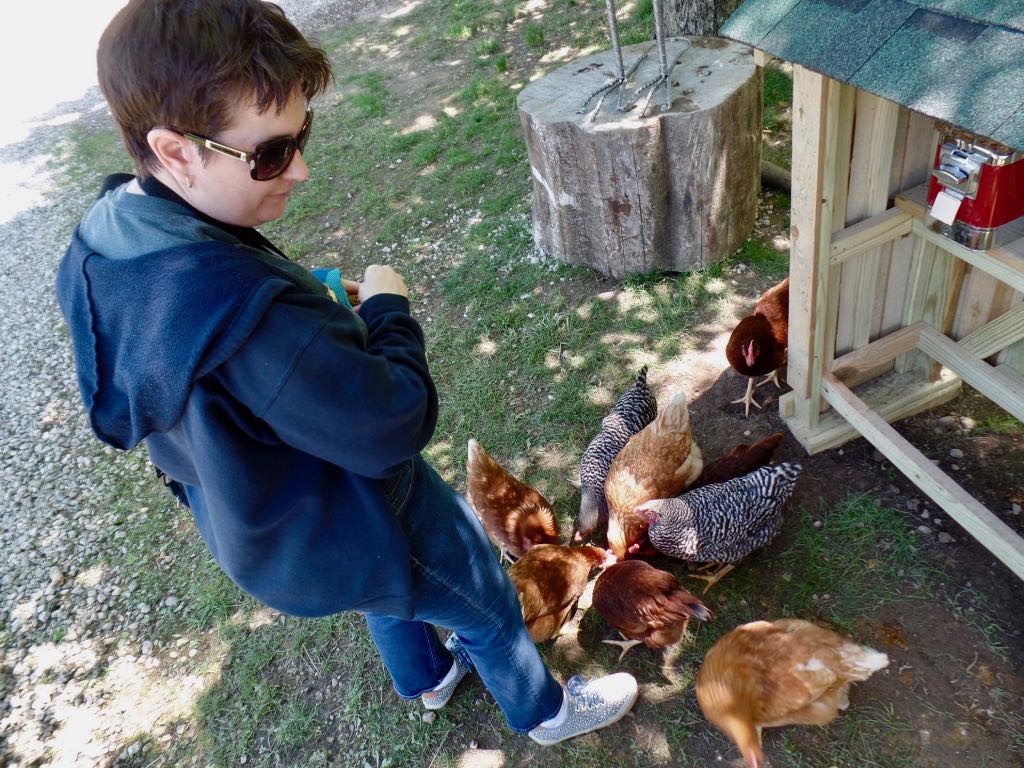 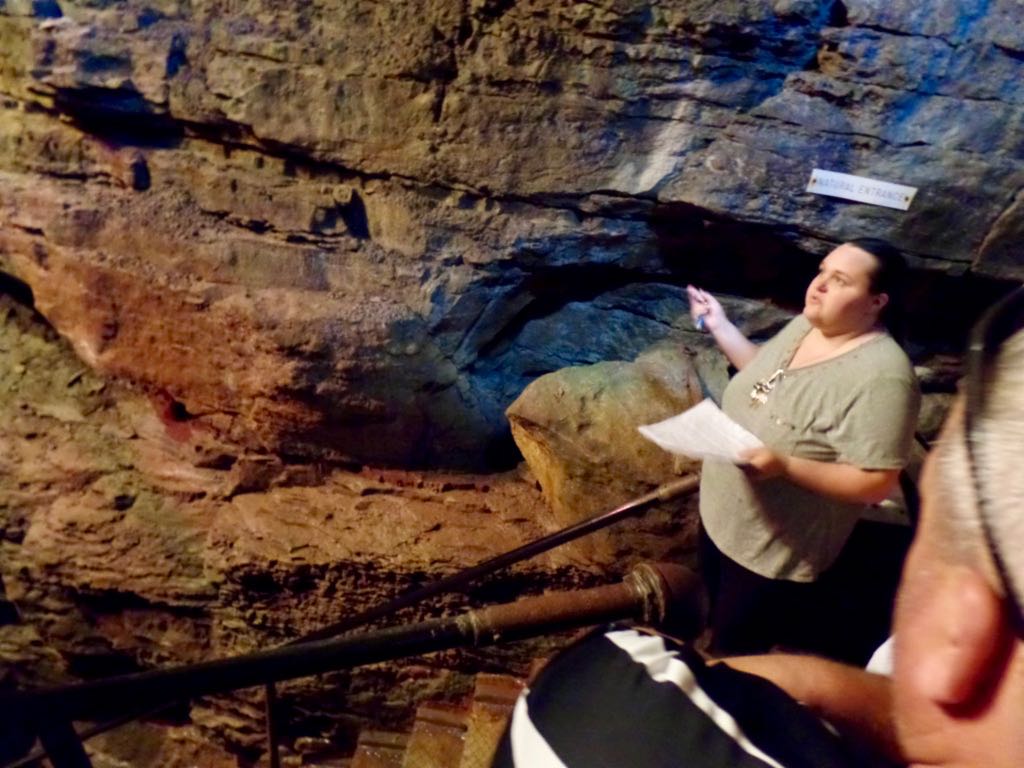 And here we start the tour of the caverns, which aren't that far underground; it's one or two flights of steps underneath the museum building. 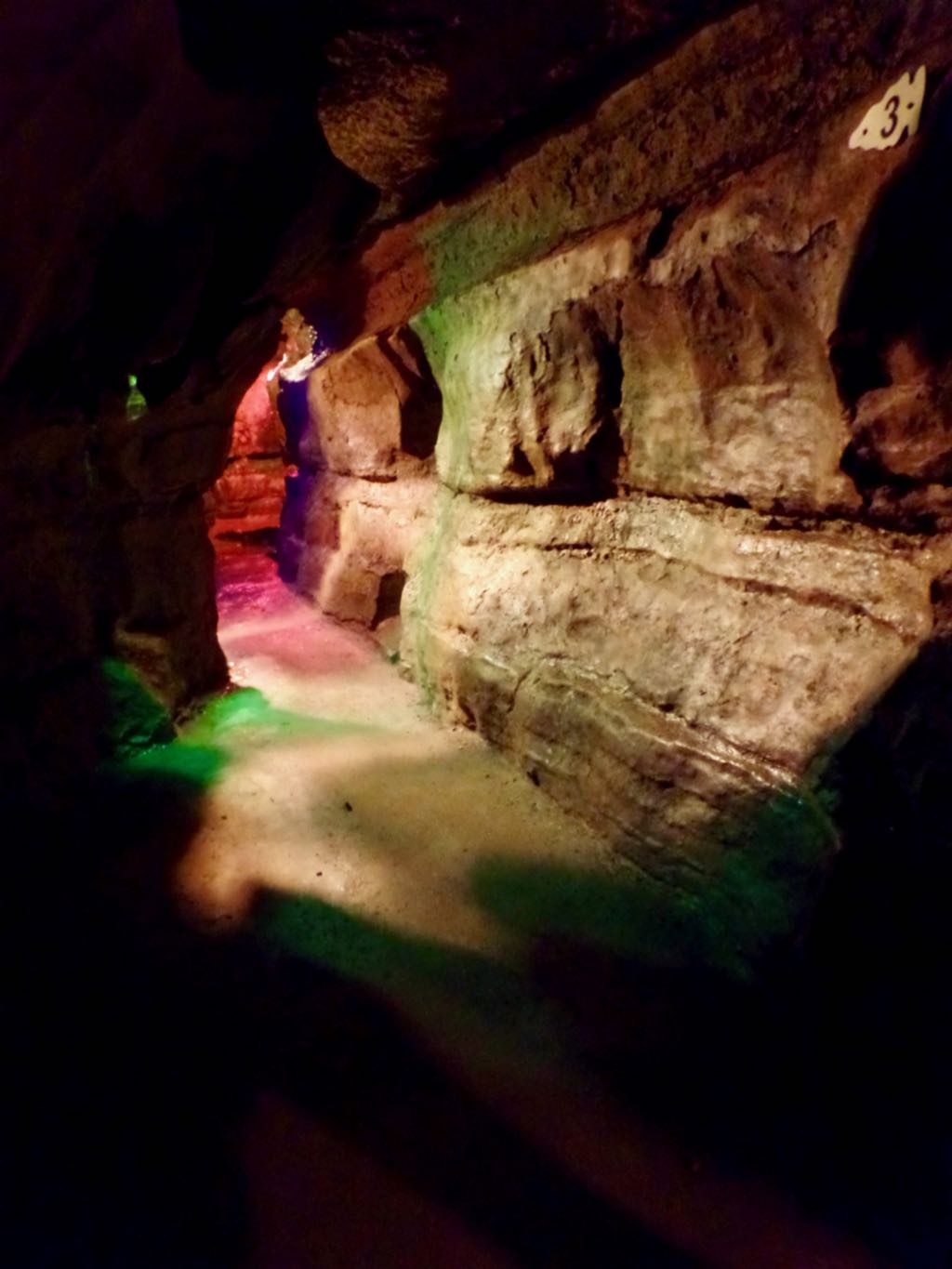 And they've got it well-lit. If you think these limestone floors are suspiciously smooth, that's because when the place was developed in the 30s they cleaned out a lot of mud and poured concrete so as to make it friendly to the casual visitor. 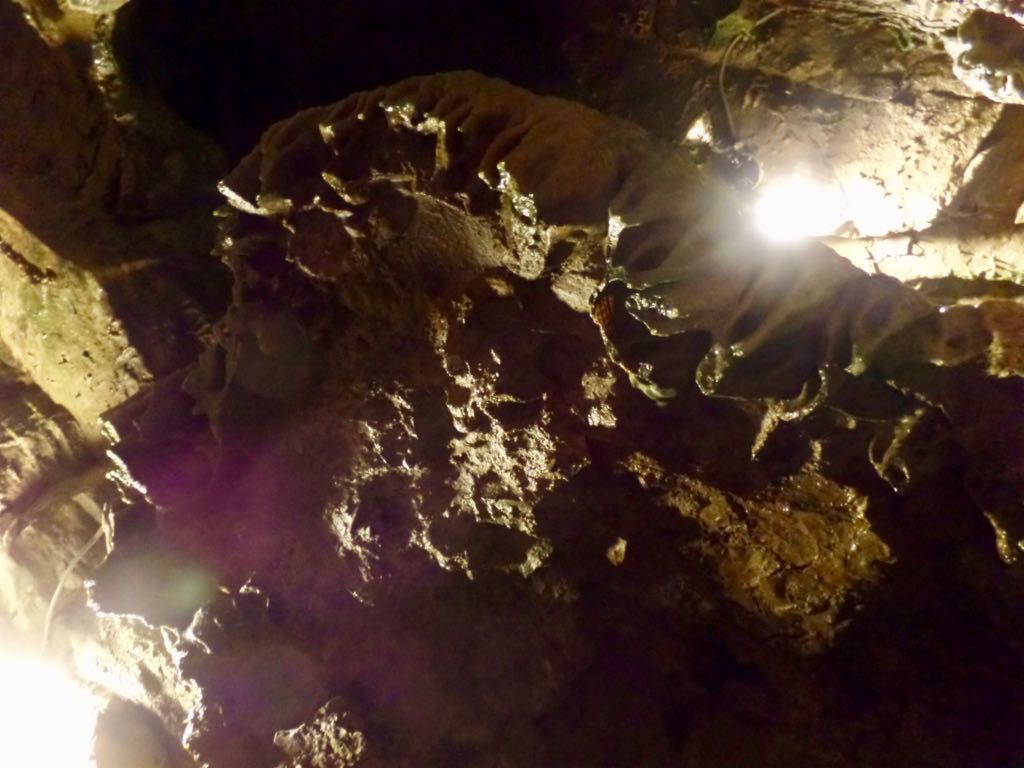 Looking up at some of the limestone; it's pockmarked underneath, strikingly like the concrete base that the Baseline Meridian State Park put its north marker on. 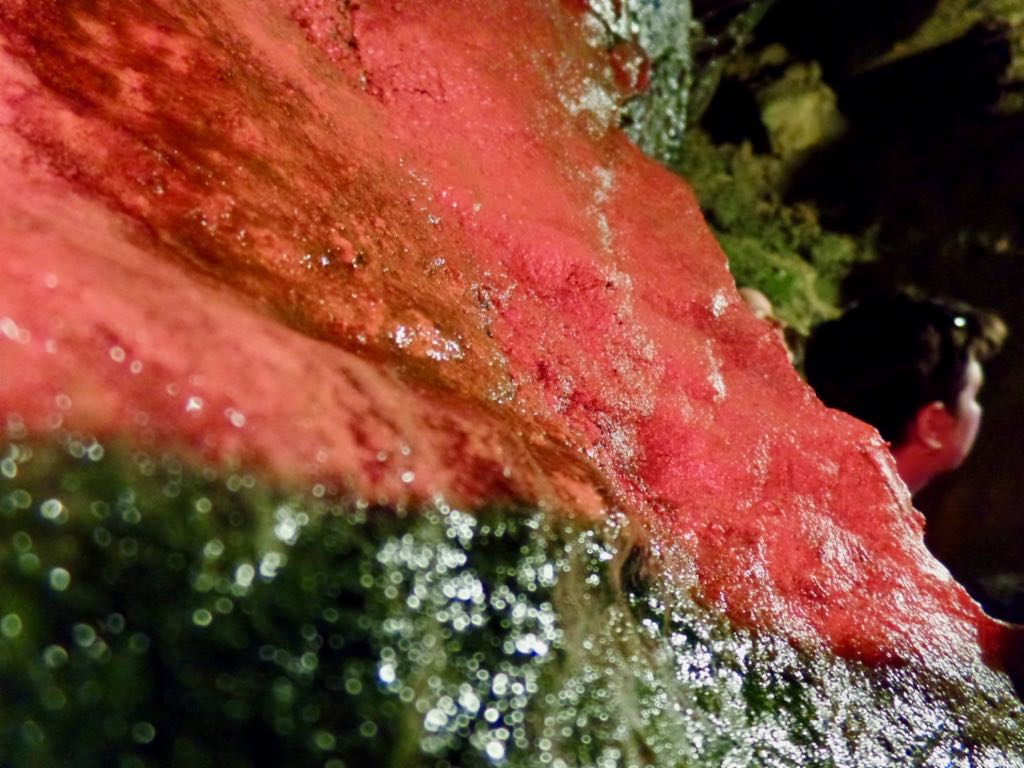 And here's a pleasant friendly space goo, ready to envelop someone and start eating neighborhood towns and maybe Steve McQueen! 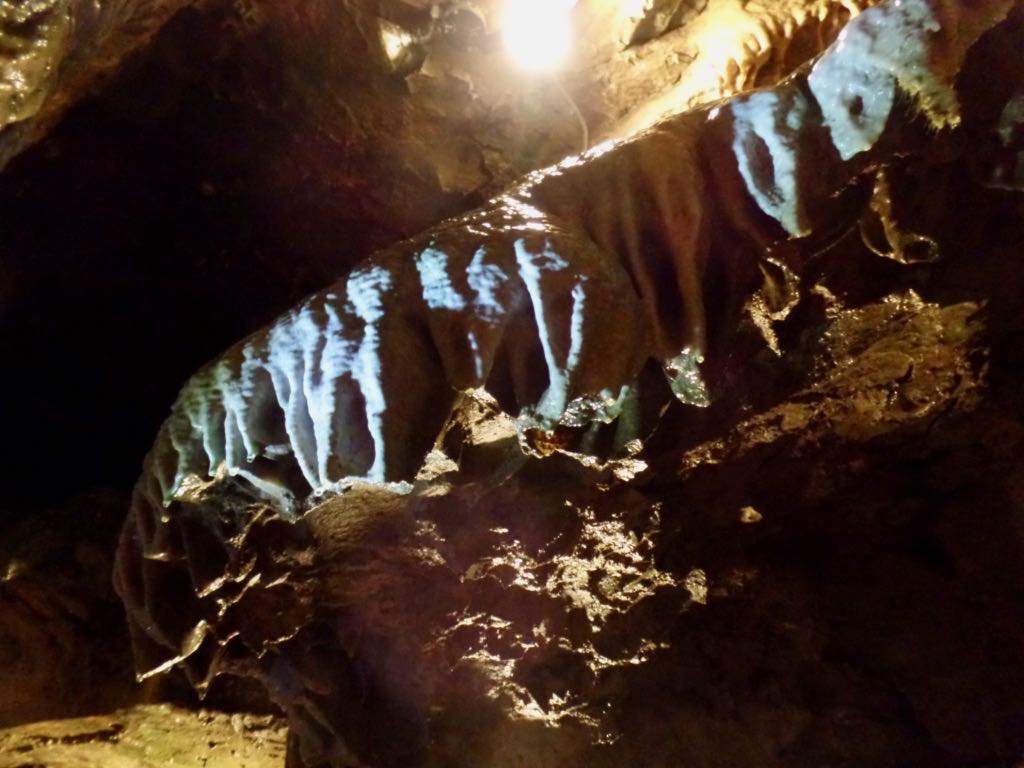 More of the limestone structures. 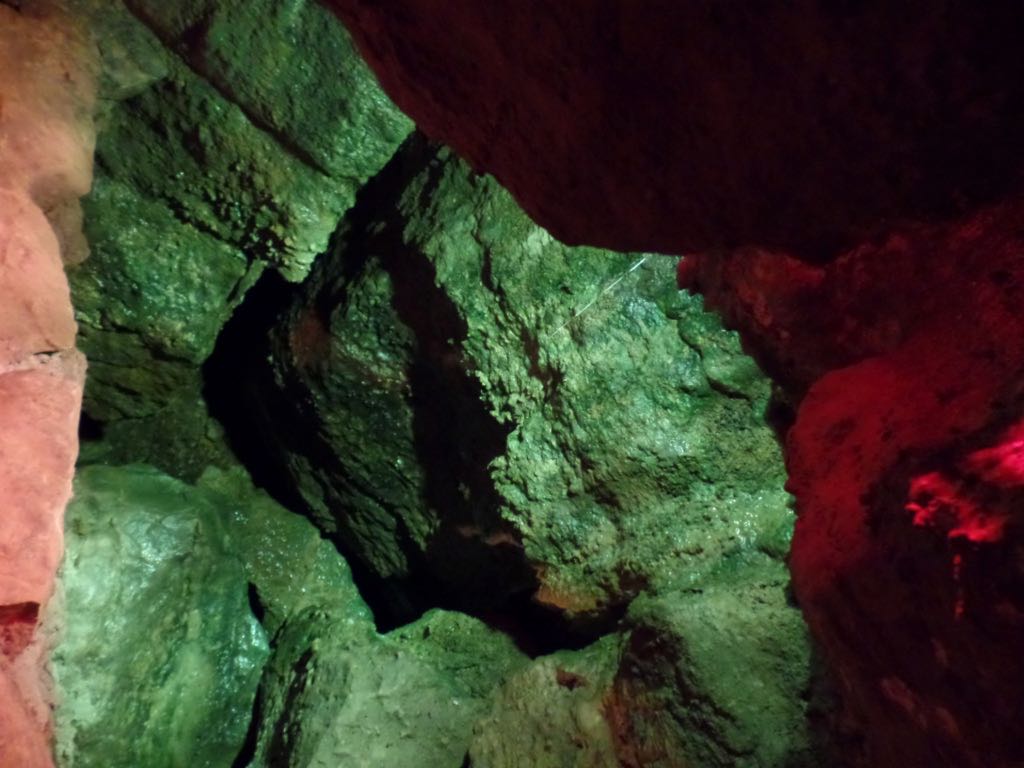 And here's a bit of steady-dripping water, which we're warned to not touch as our finger oils will screw up centuries' worth of work. I bet schoolkids have touched it on purpose. 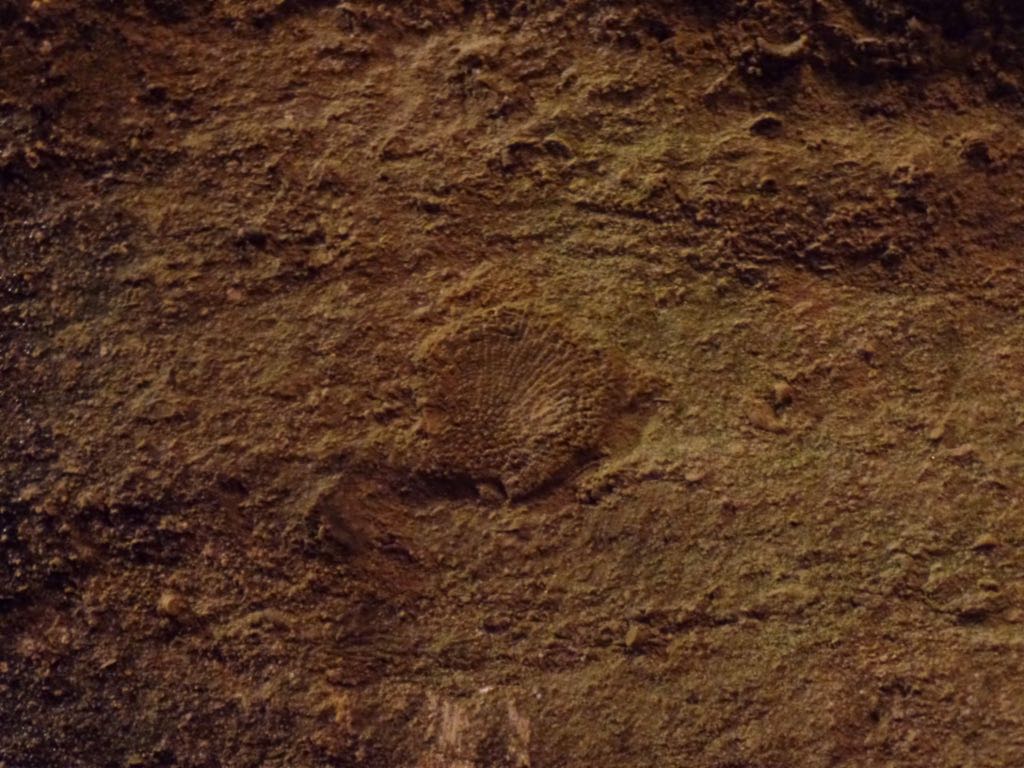 That's got to be a fossil, right? That's a fossil in the center there. Or it looks like one. I don't know. I'm terrible at fossils. 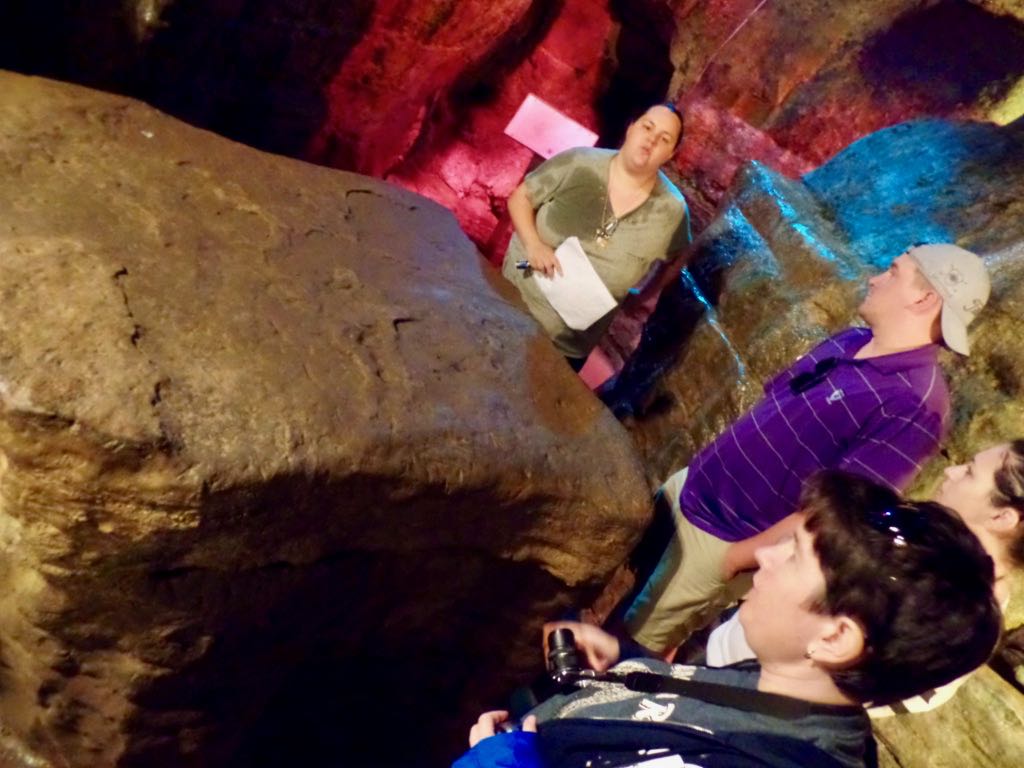 The council table, a naturally-occurring platform that, apparently, the Wyandottes would use when having discussions while in the safety and seclusion of the cave. 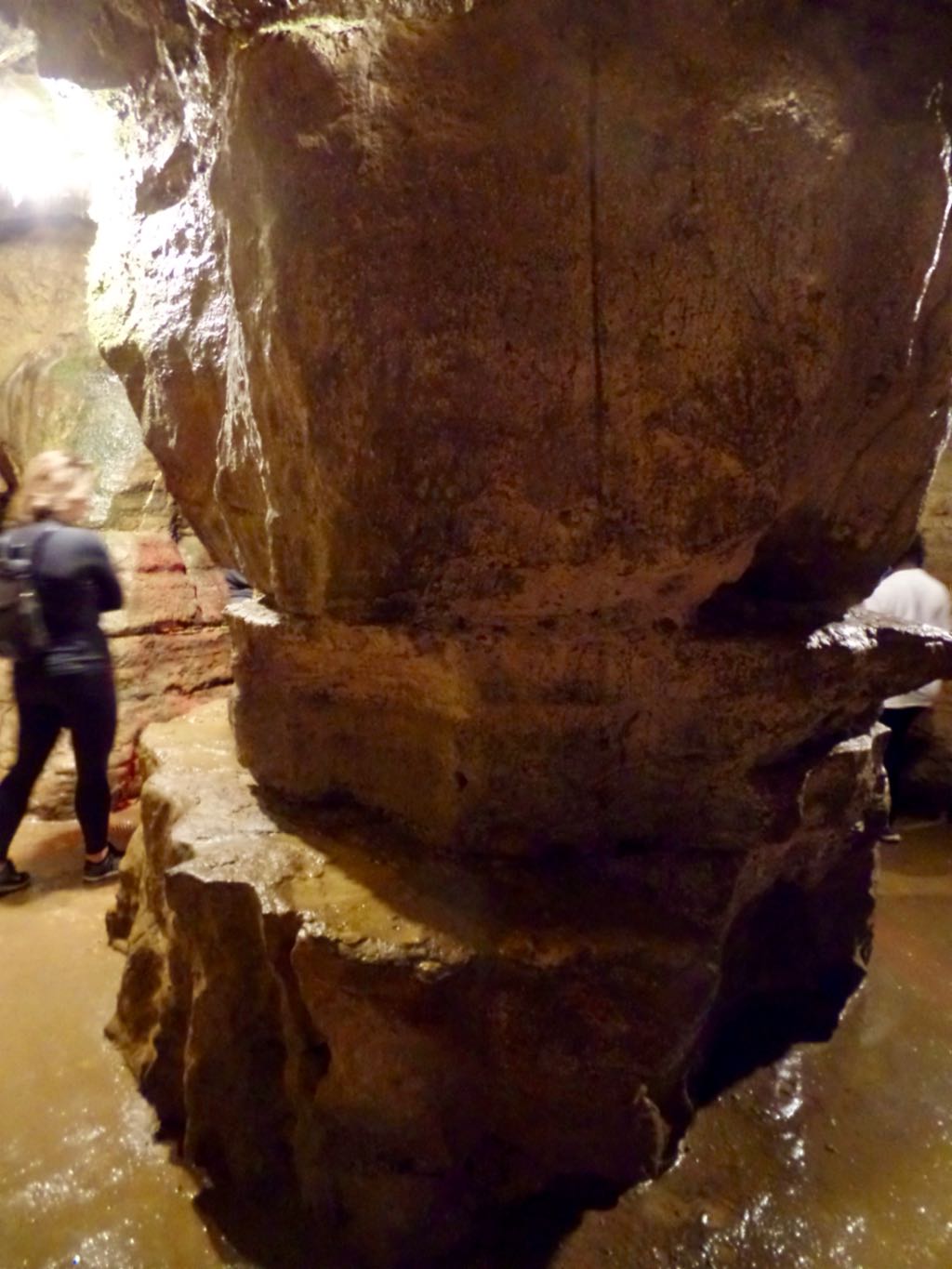 Nice, pillar near the council table that's almost part of the set you would design if you were making a cave set for a TV show. It's even got a spot that would be a great natural bench if it weren't lightly covered in mud. 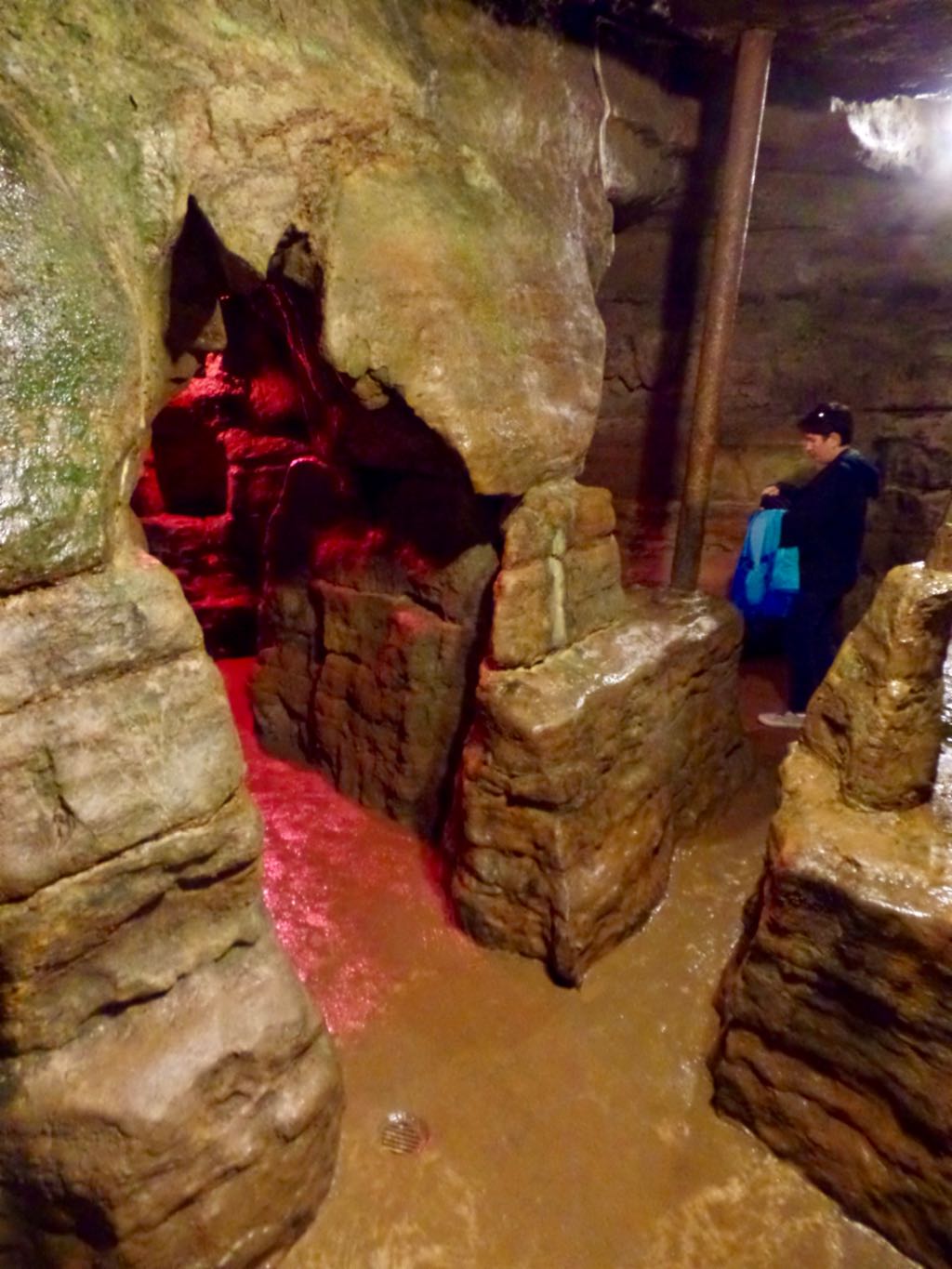 bunny_hugger pausing near the stairs leading back up to the museum.

Trivia: The Fordney-McCumber Tariff, signed into law by United States President Harding in 1922, raised the tariffs on most goods from 16 percent to over 40 percent. Source: A Splendid Exchange: How Trade Shaped the World, William J Bernstein.