We don't know how he travelled

Elitch Gardens has announced they're not opening for 2020, with a statement that includes some complaining about the state not letting them open when plenty of other stuff is allowed to open. Seabreeze Park in Rochester is also not opening, similarly complaining that the state isn't giving them a fair chance or even particularly clear guidance about what they would have to do to open. This is a particular shame since their Jack Rabbit roller coaster turned 100 this year and to not run hurts. Also depending on how you define things this could break their claim to having the oldest continuously-operated roller coaster.

And, per NewsPlusNotes, something weird is going on at Michigan's Adventure. The park was told it has to close, part of the closing of amusement and water parks to contain Covid-19. The park's insisting that they're open and going to stay open, and are staying open and tweeting back at people who question this that yes, of course they're open. I have no explanation for this phenomenon.

Back to Canada's Wonderland and more poking around the day back in June 2019. 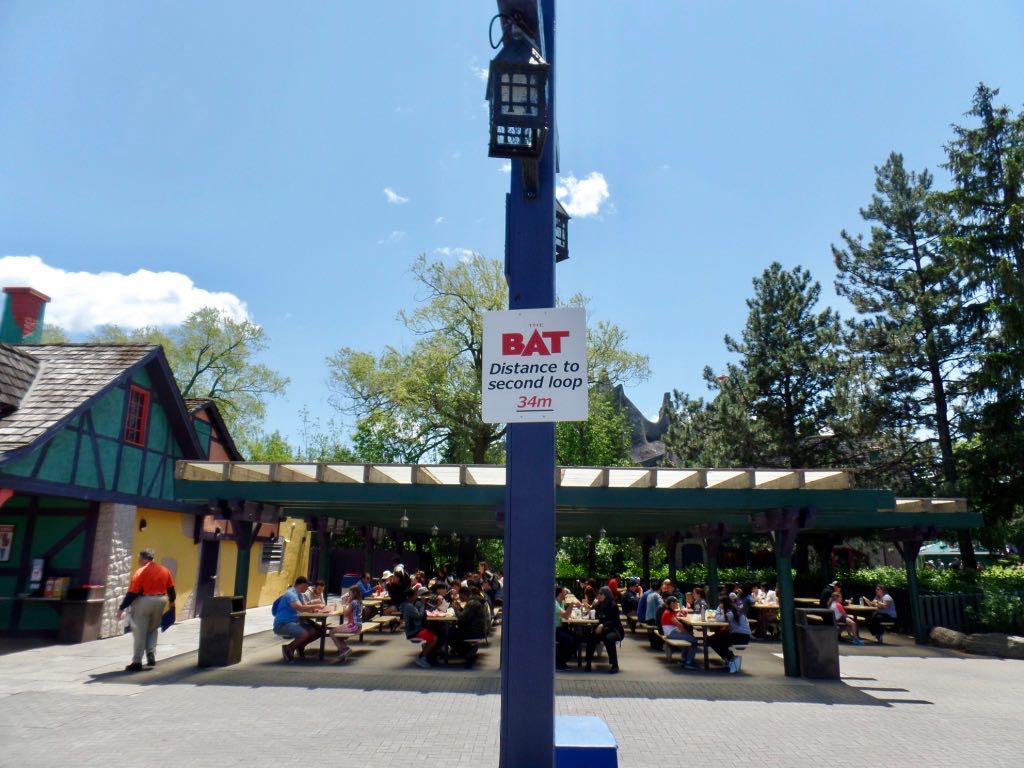 One of many curious signs in the park. The Bat is one of the roller coasters and that's fine, but ... like ... why is this a thing someone here would want to know? 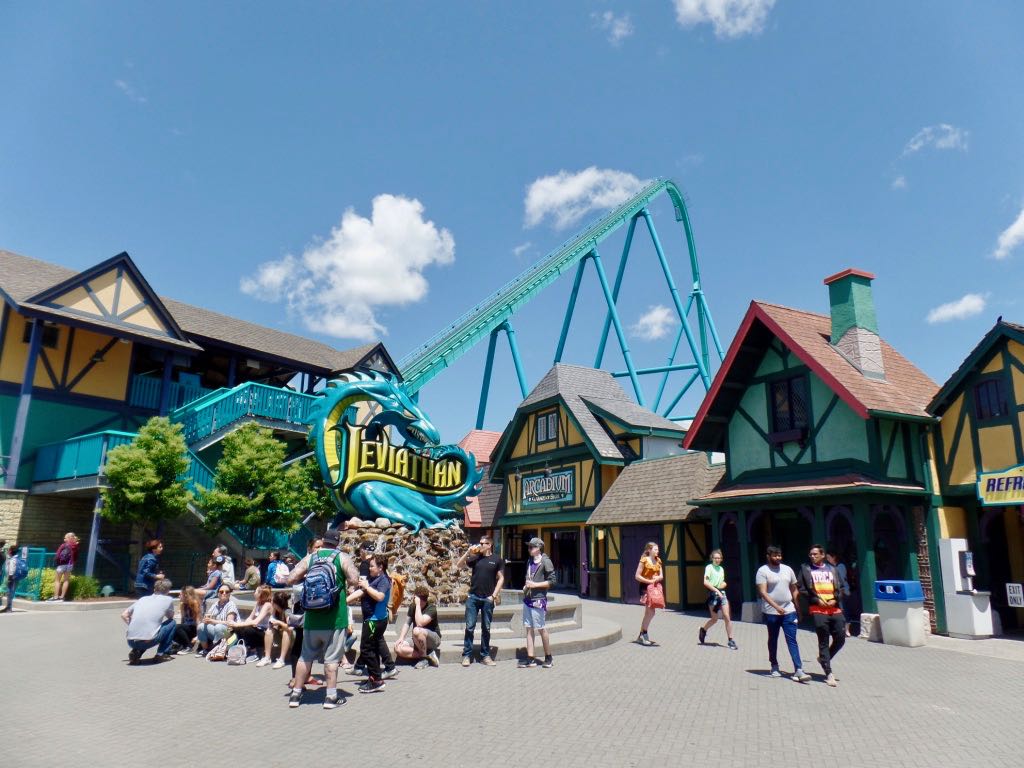 Leviathan stands very tall over the Old-Thyme-Englandland themed part of the park. 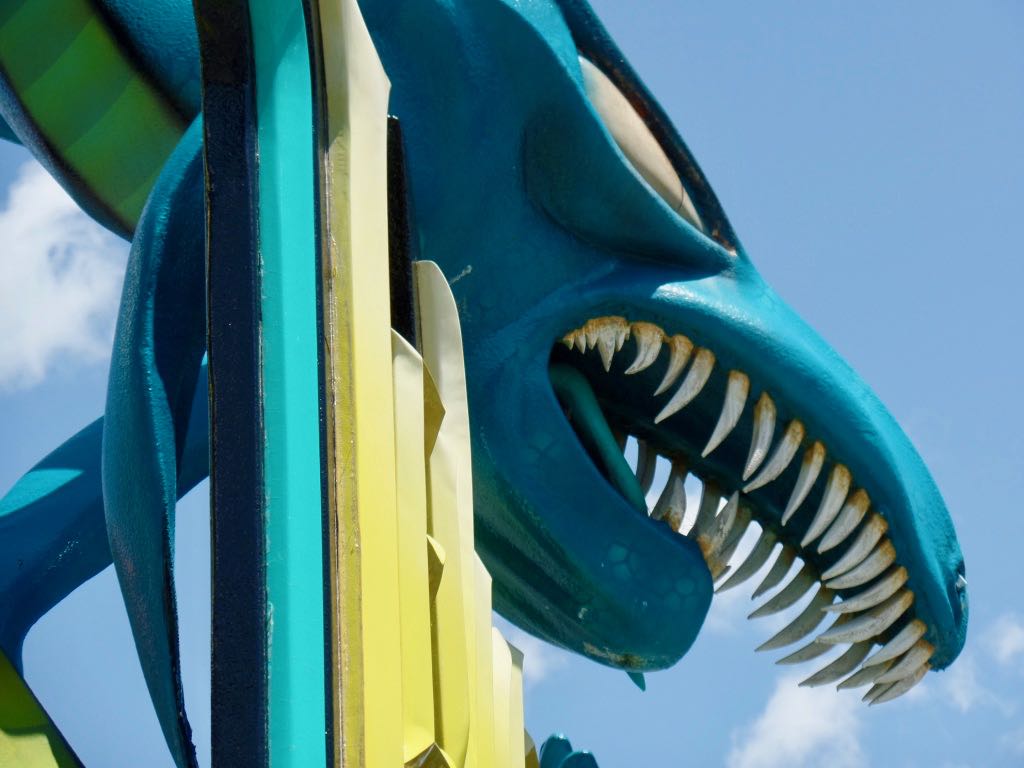 Leviathan's ride sign is three-dimensional and, you can see, has some nice teeth. 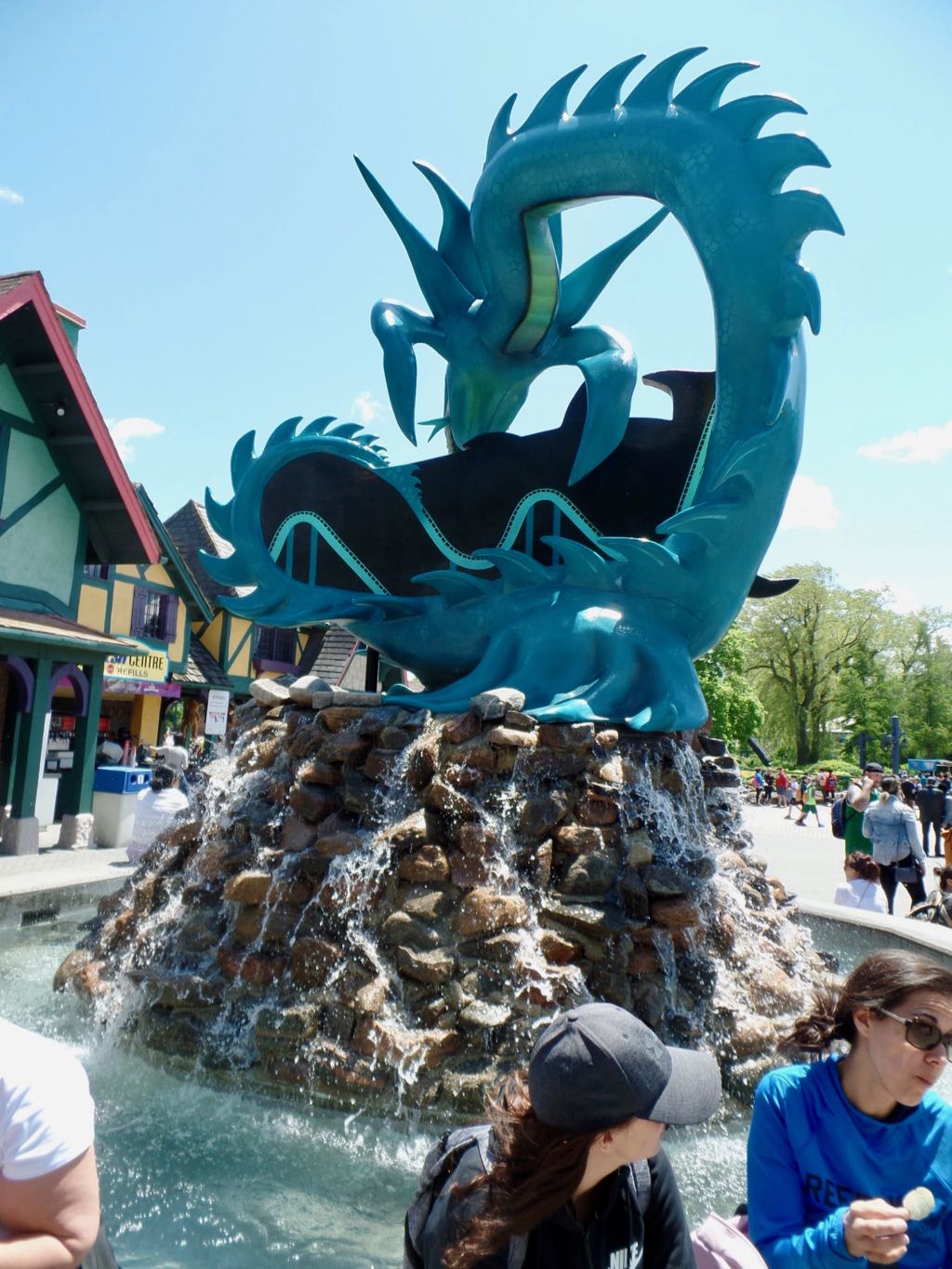 Leviathan ride sign as seen from the back. It's looking good. 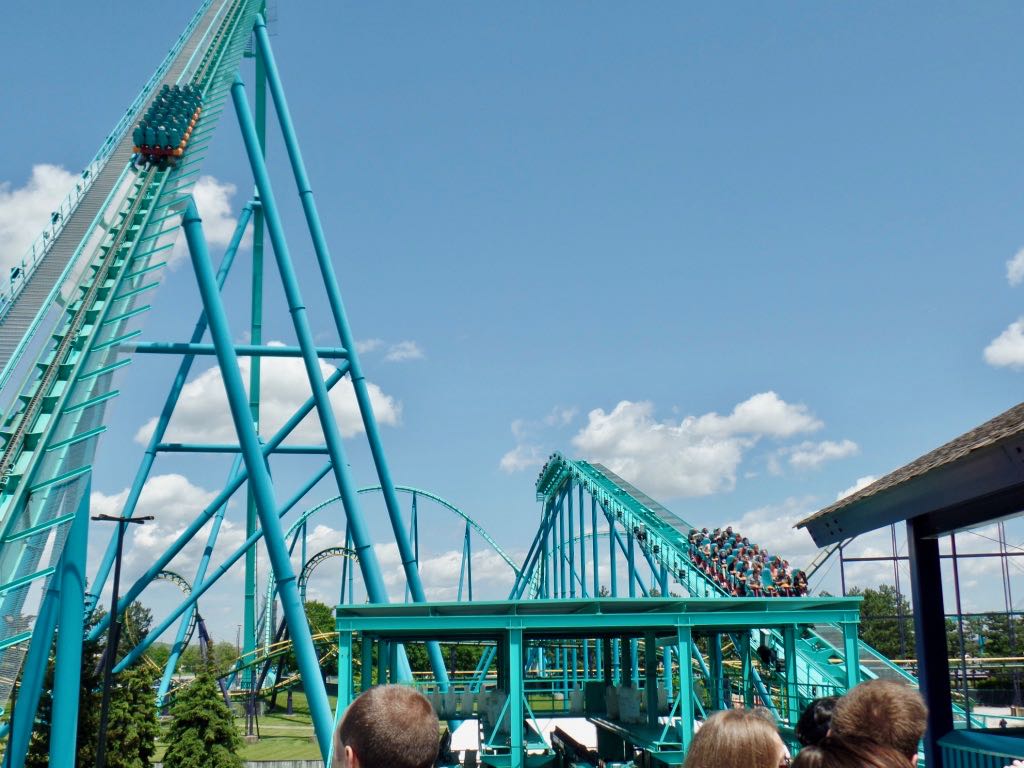 Leviathan's lift hill and the final return leg. It's a gigacoaster, sister to Millennium Force at Cedar Point. 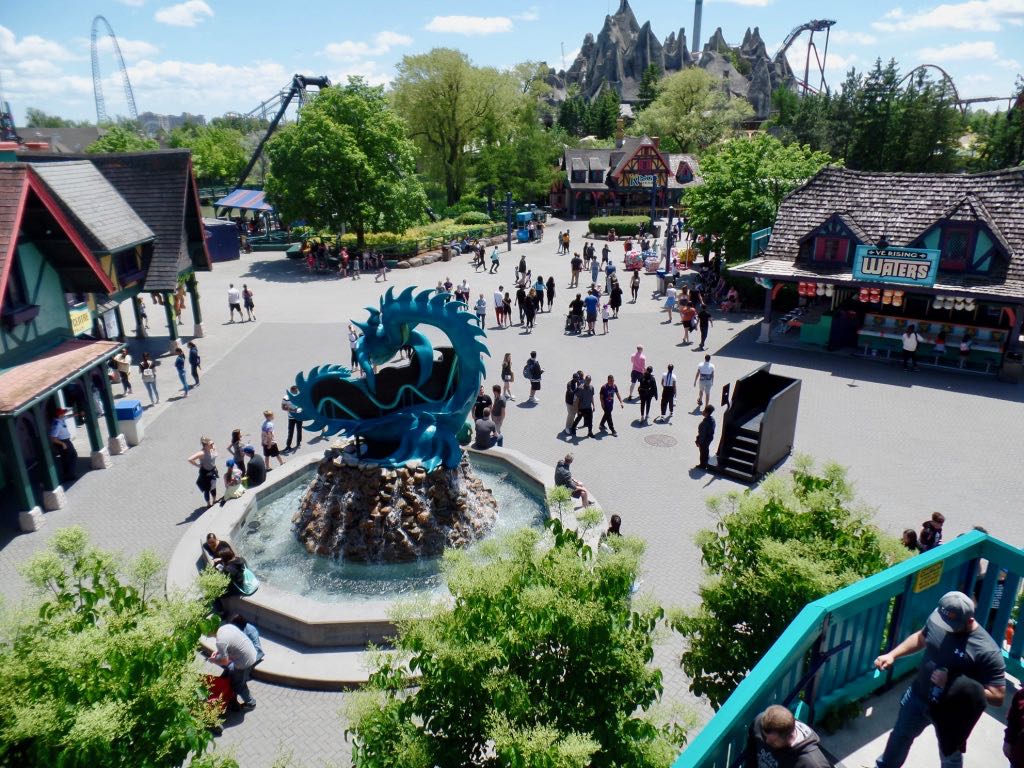 Looking from Leviathan's station out on the ride sign, and the attractions around it. Wonder Mountain's in the background. 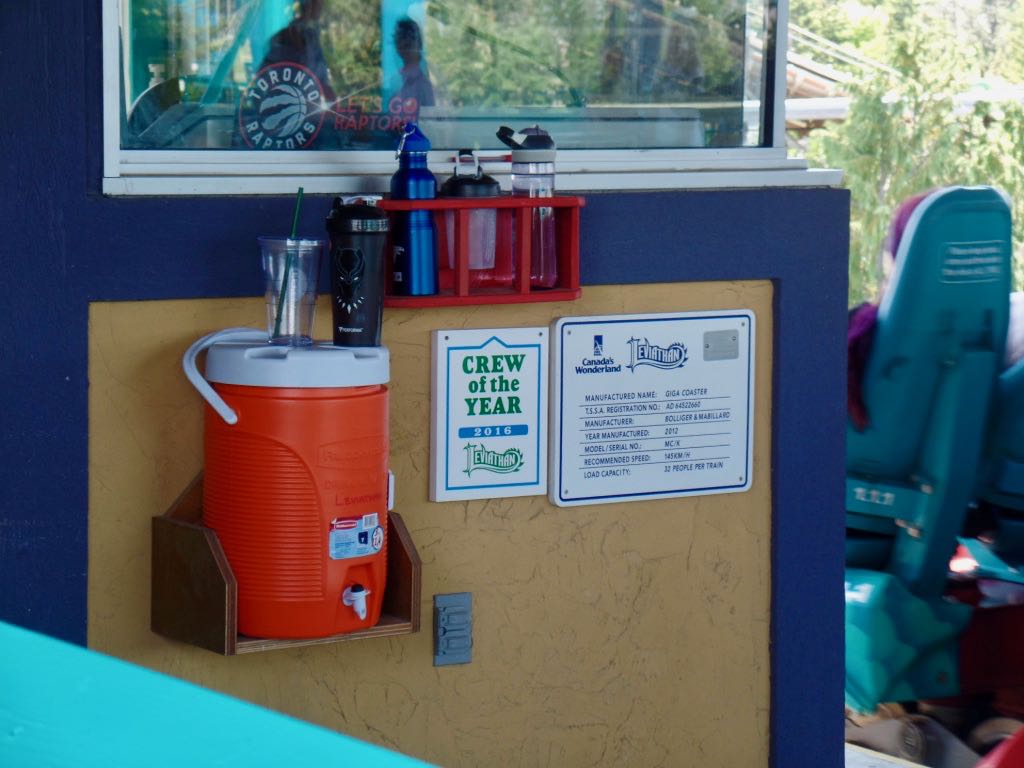 Another ride, another maker's plate. and a crew of the year poster. 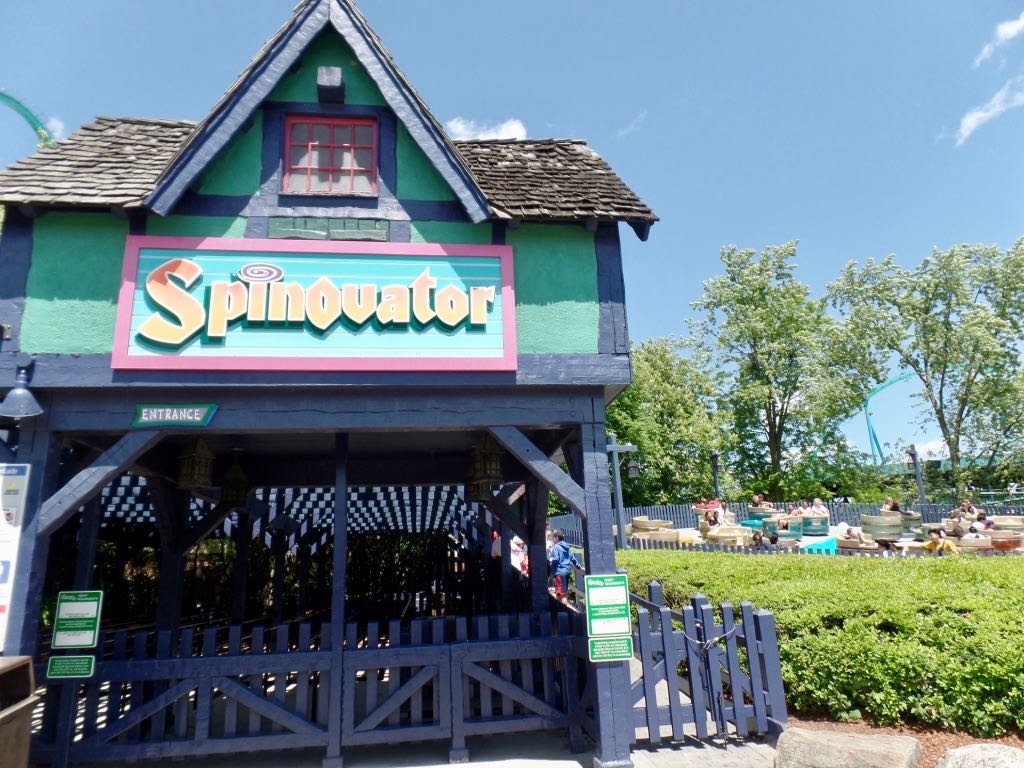 Spinovator, a slightly weirdly out-of-theme name for a Calypso-style ride where the cars are themed to look like wooden tubs.

bunny_hugger had strong memories of being at either Kings Island or Canada's Wonderland as a kid, and riding a Friar Tuck's Spinning Tubs ride, and it sure seems like this must have been that ride, except that there's no evidence that it ever had that name. And there's even less reason to think such a ride was ever at Kings Island. But then ... where was it? 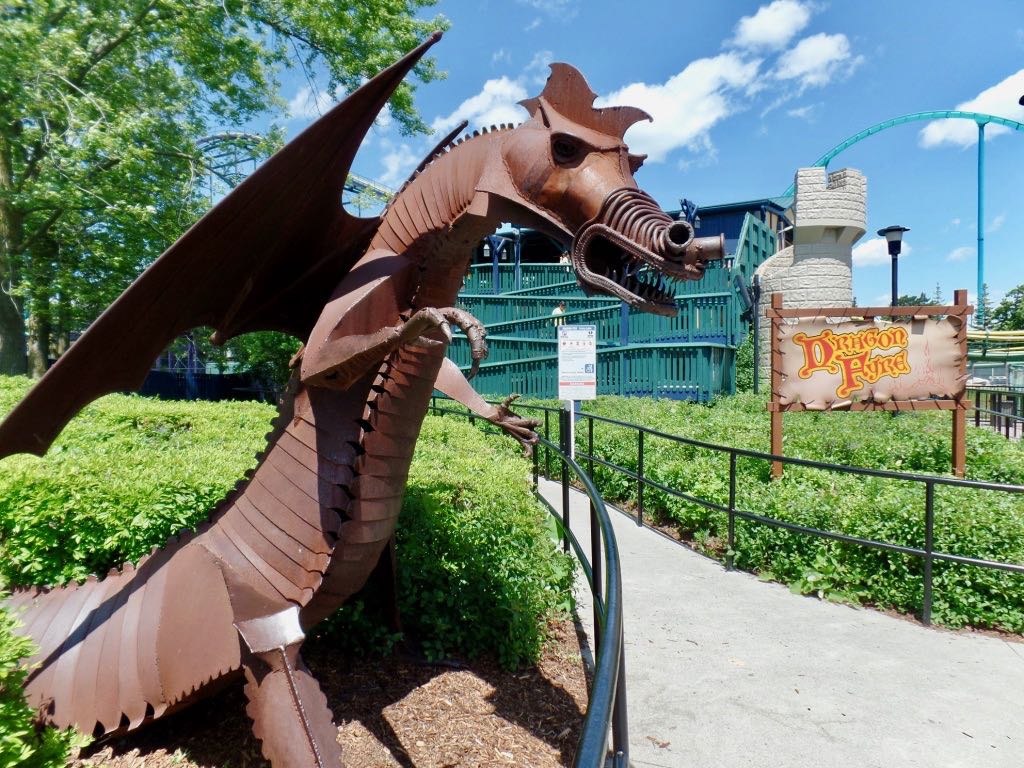 Metal sculpture of a dragon outside the Dragon Fyre coaster. 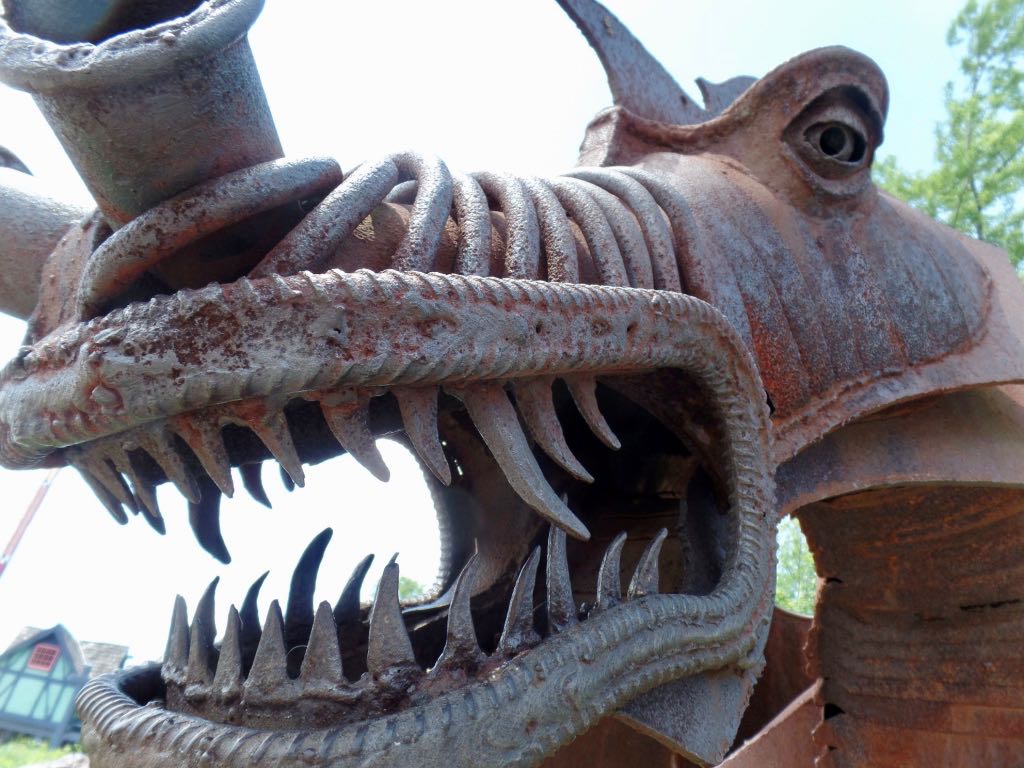 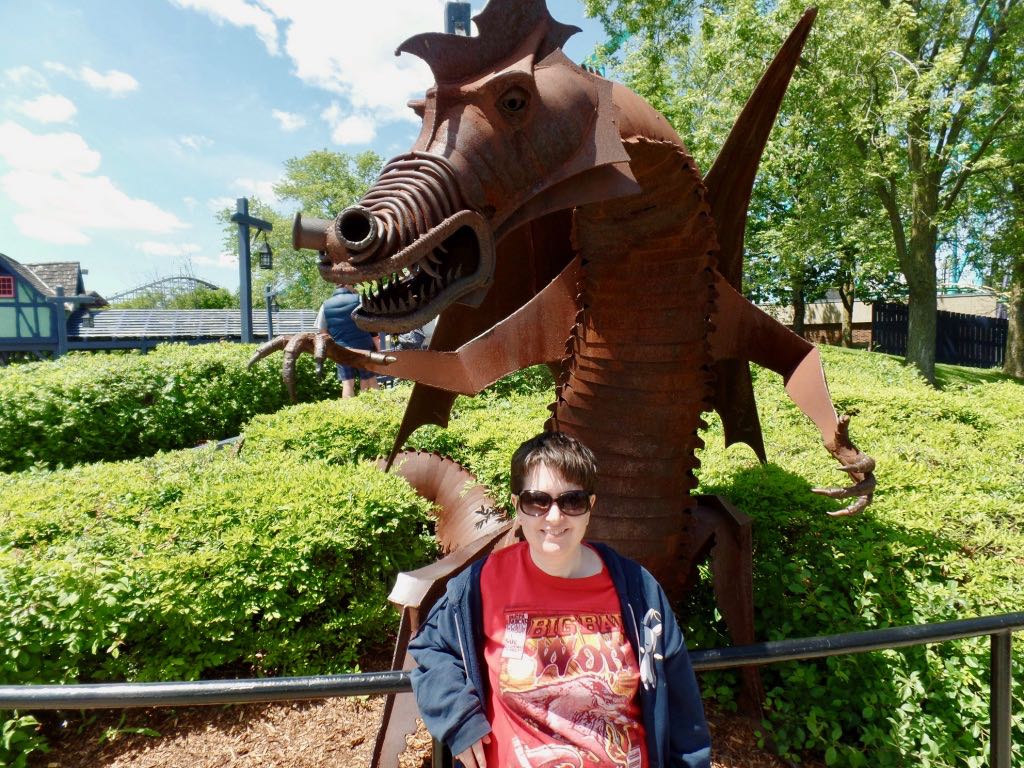 bunny_hugger doesn't suspect the dragon sees her at all. 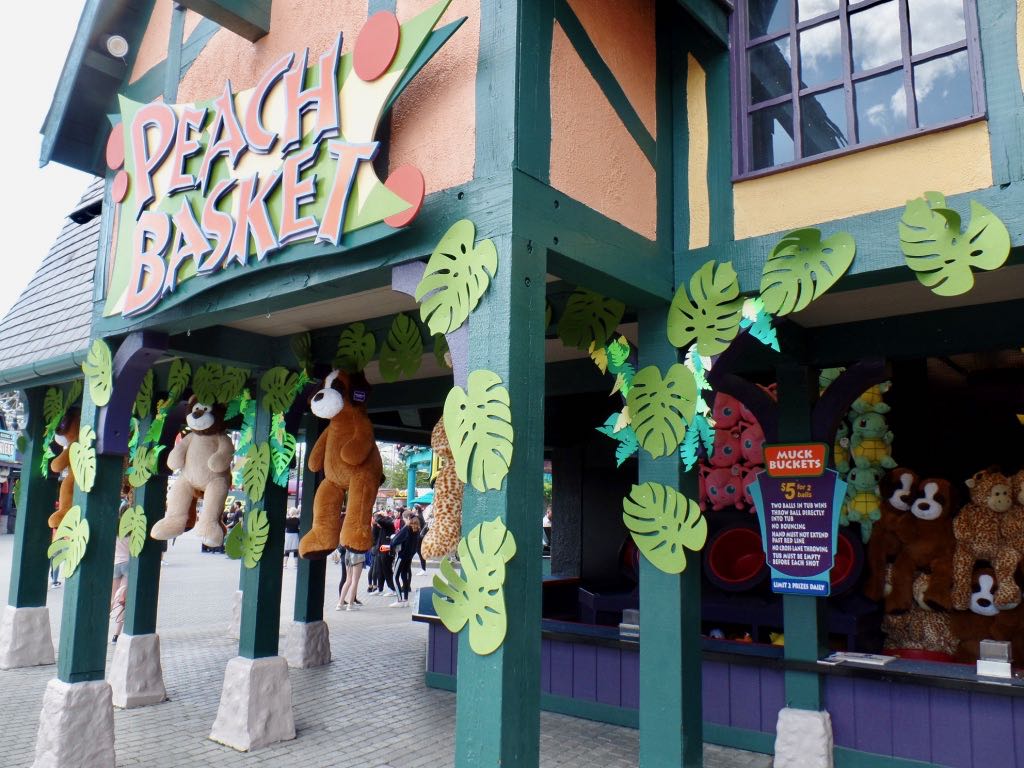 Just a midway carnival game that caught my interest because it seems to be the Peach Basket except that the pricing sign says it's called Muck Buckets.

Trivia: Annual sales by the Westinghouse Electric and Manufacturing Company rose from $16 million in 1901 to $33 million in 1907, with the stock paying a ten-percent dividend. Source: Empires of Light: Edison, Tesla, Westinghouse, and the Race of Electrify the World, Jill Jonnes.

PS: Using my A to Z Archives: Gaussian Primes, or, what prime numbers look like for complex numbers. Fun!