But we all know where he went

We spent a short while at

bunny_hugger's parents Saturday. We had some plants intended for her mother, and they had four hundred jillion points of pasta salad for us to eat. It would be the usual sort of monthly visit except for the pandemic, of course, so we'd stay outside and on opposite sides of a card table that we moved under the awning when it started to rain. Also that

bunny_hugger had to get home mid-afternoon to sleep. So it was a nice if abbreviated time.

It was also our chance to see their dogs. Pookie, the basset hound, had just come back from the veterinarian. Pookie had started acting hostile towards the other dog and

bunny_hugger's parents worried she was developing dementia. Not so, though. The problem was pancreatitis, and if it weren't for how Pookie growled at the other dog's appeals to play they might not have suspected.

How did Pookie get pancreatitis? The vets didn't offer an answer, but

bunny_hugger's parents think it was their fault. They gave her a Payday candy bar for her birthday. The reasoning being, Payday bars don't have chocolate, just a lot of sugar and peanuts and stuff and dogs love that. And the giant size one, almost all of which she ate. This surprised

bunny_hugger since a Payday bar seems to be mostly sugar rather than fats. on the other hand a full king size Payday bar is 24 grams of fat. That's less than the same weight of the same weight in milk chocolate bars, but not much less.

So, Pookie is on medication, and absolutely no scraps or leftovers or candy bars ever again. Next birthday, she can get a gas station frankfurter like a normal dog.

The story comics report of the week: What's Going On In Prince Valiant? Wait, Aleta is Queen of the Witches? May - August 2020 This one turns weird at the end. 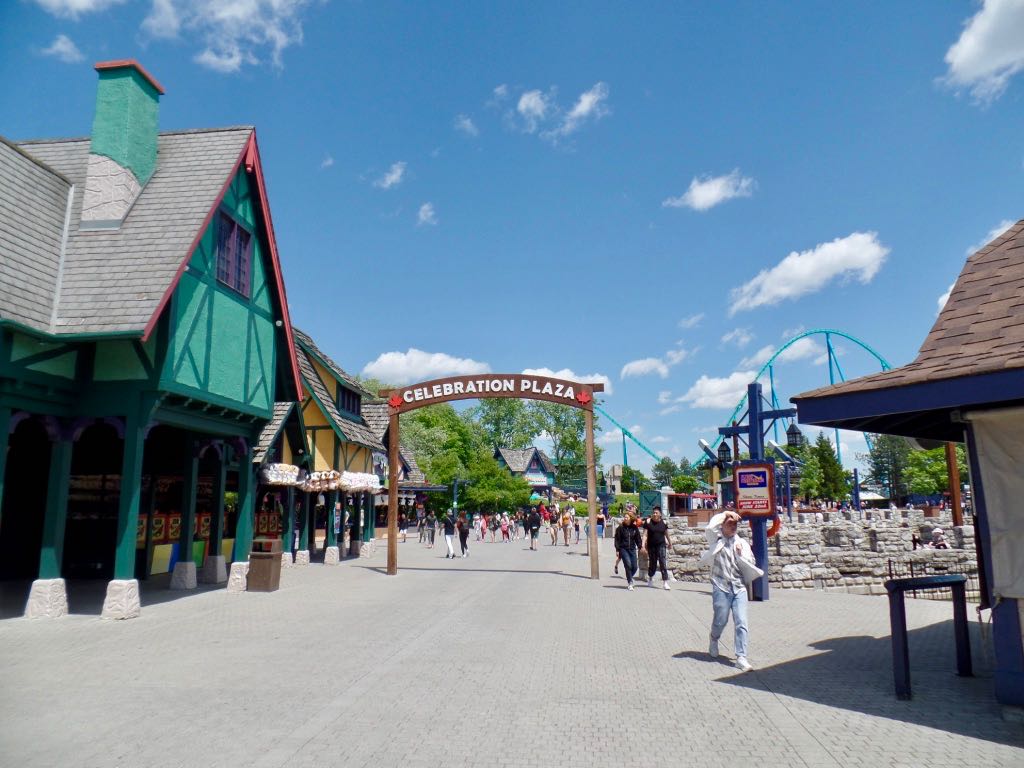 Celebration Plaza, which I guess is the spot in the Old-Time-Europe-themed area of the park for open-air shows. All the themed sections seem to have one but this was the only sign I noticed for a specific performance venue. 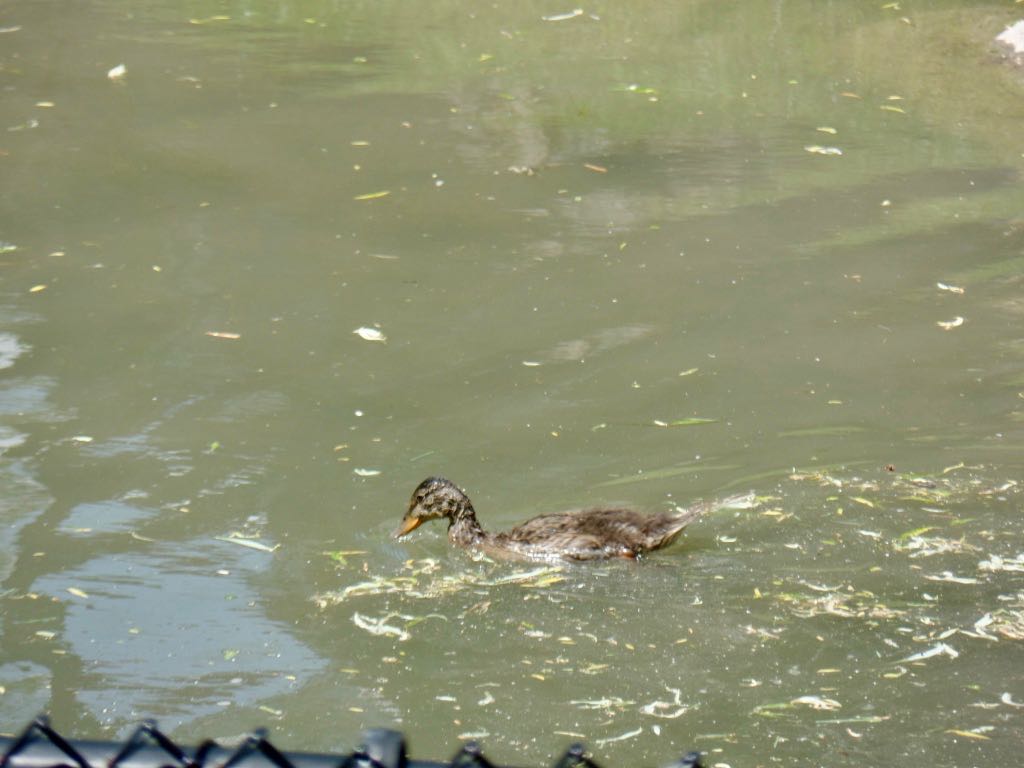 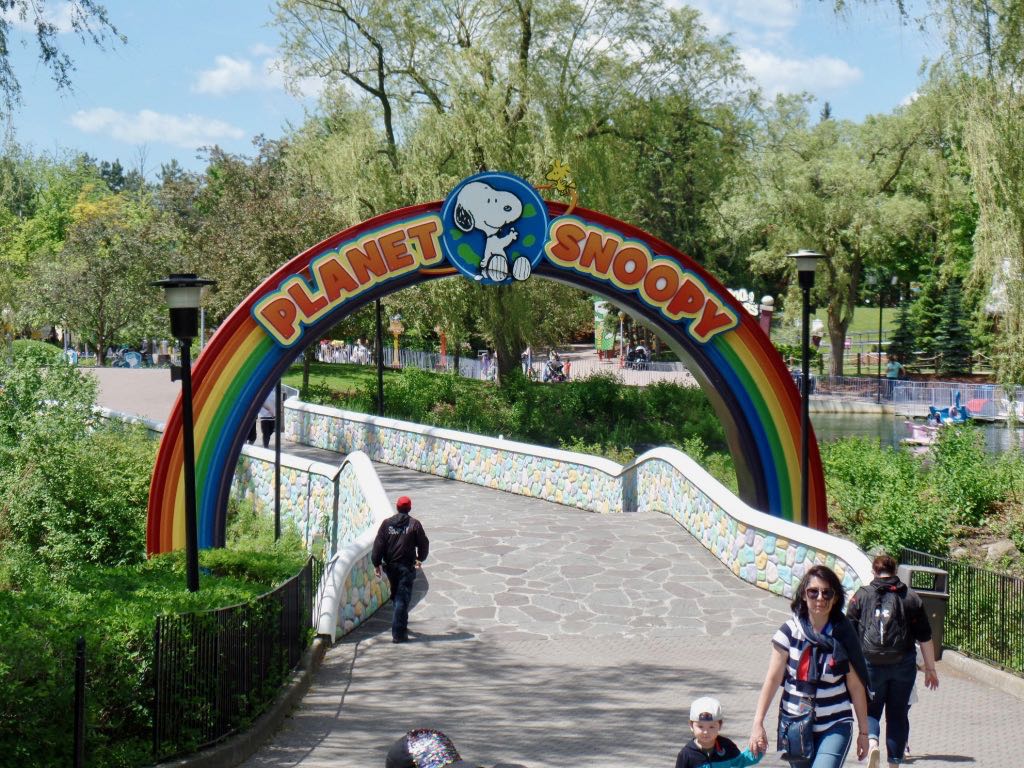 Rainbow bridge to Planet Snoopy, which seems odd until you learn this was built as the rainbow bridge into the Hanna-Barbera-themed area and then it's a little less odd. 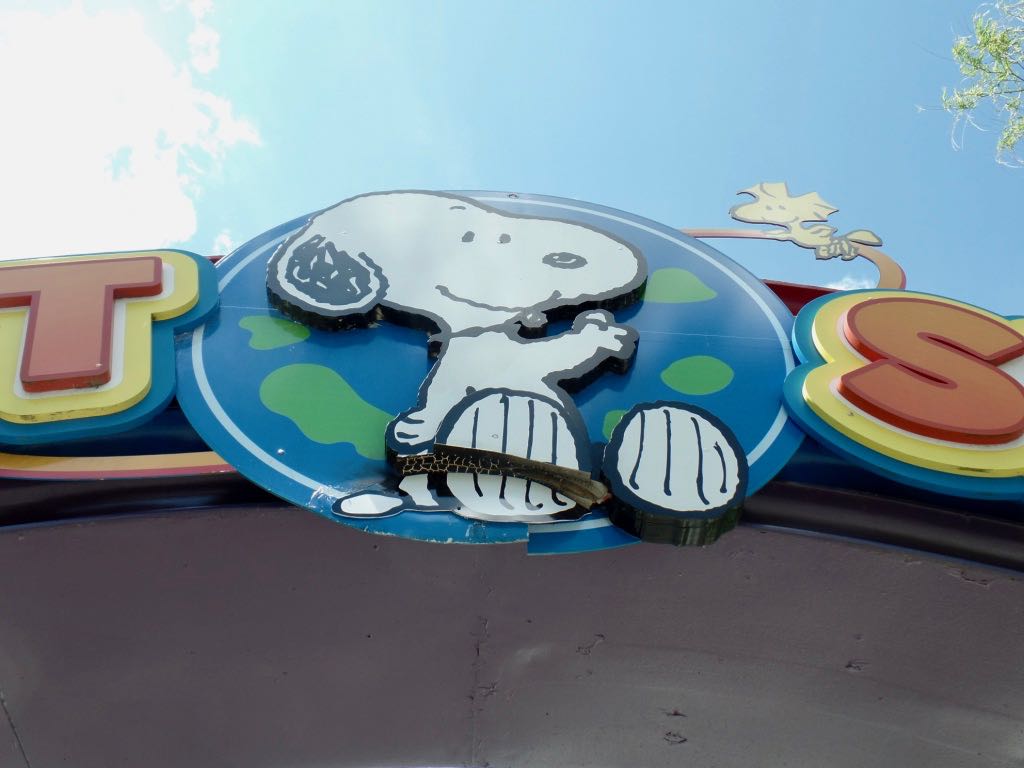 Snoopy's had a rough day or two ,then. 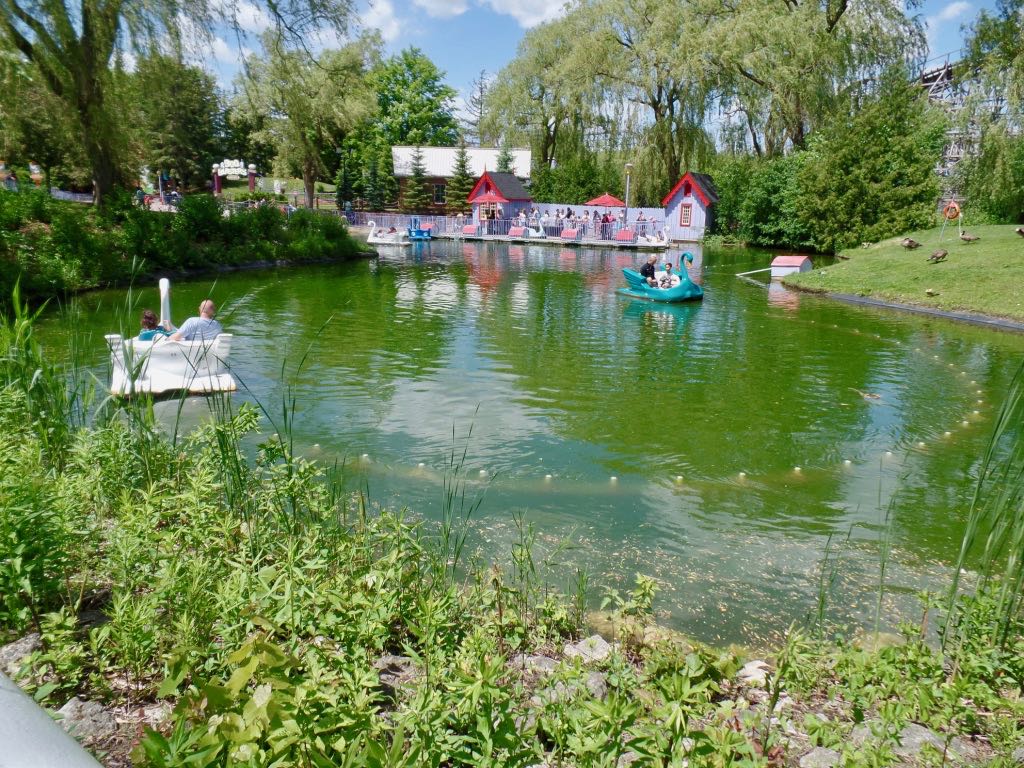 Swan boats that are confined to travel on a specific path, just like in Roller Coaster Tycoon or something. 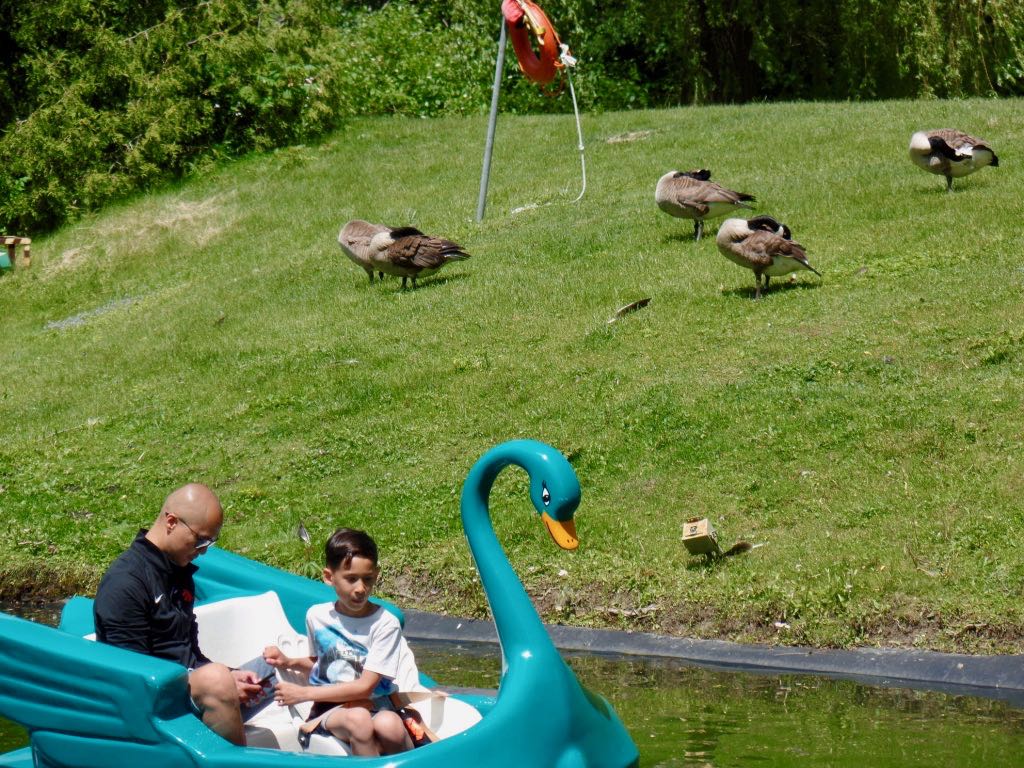 Birds wondering if the swan boats are mocking them. 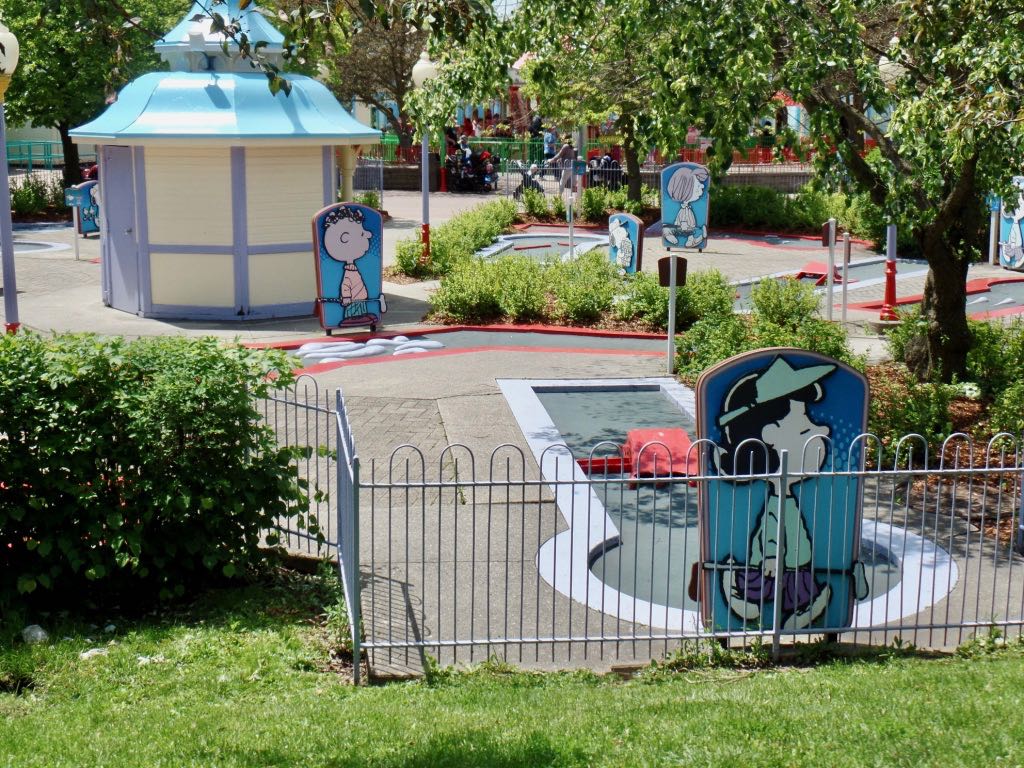 They had a miniature golf course. We didn't play, but I do like how they attempted to tie this in some way to the Peanuts characters, whom you'll remember playing miniature golf never. (Snoopy played regular golf some, admittedly. And there were 1950s strips where the characters golfed, because comic strips are required to do golf strips for some reason.) 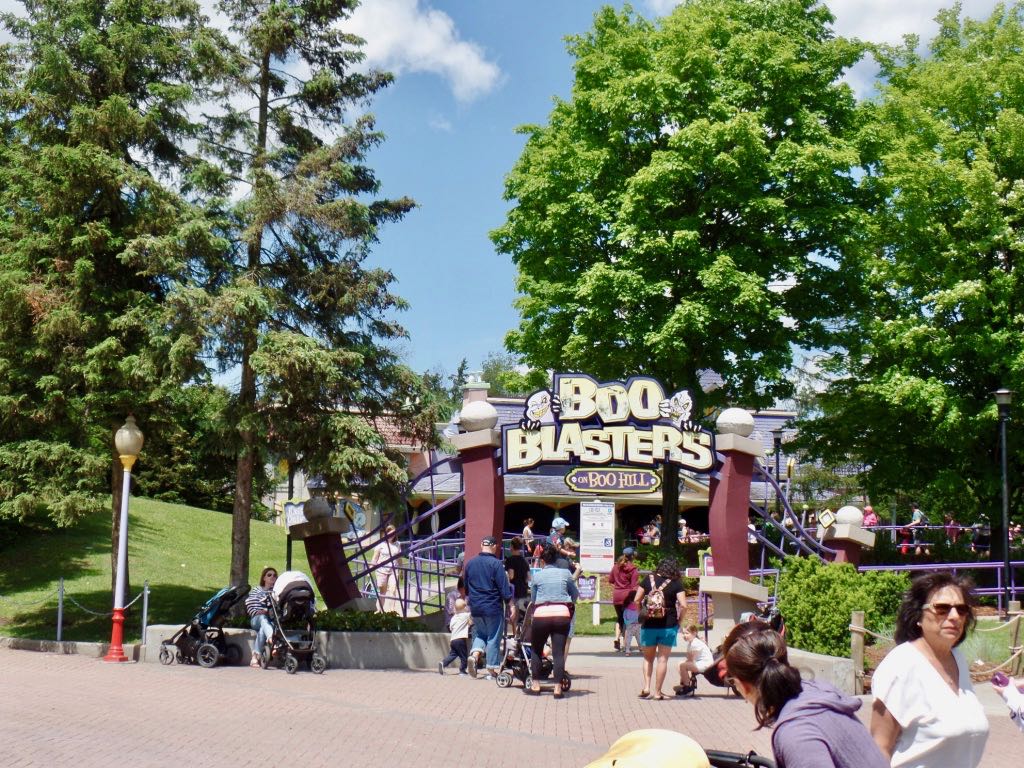 Boo Blasters at Boo Hill, an interactive dark ride that's got a twin at Kings Island. Boo Blasters the name gets used for a Halloweekends event at Cedar Point too. 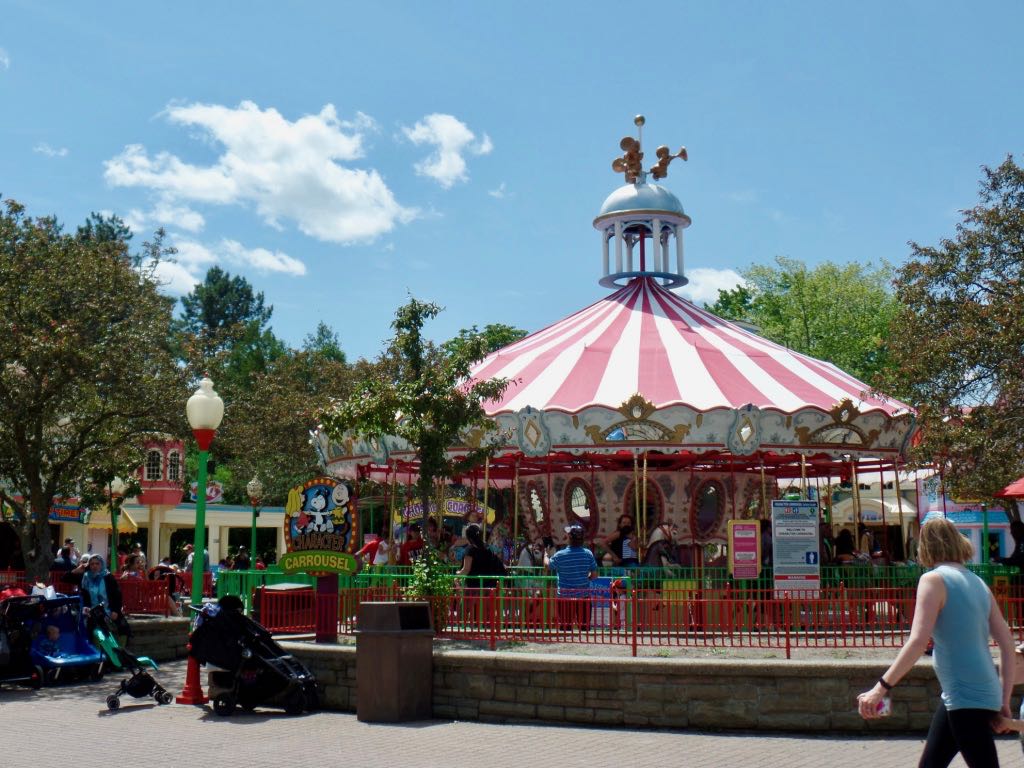 The kiddie carousel, which when it was created had a bunch of Hanna-Barbera characters for the ride. So back then its name Character Carrousel made sense. 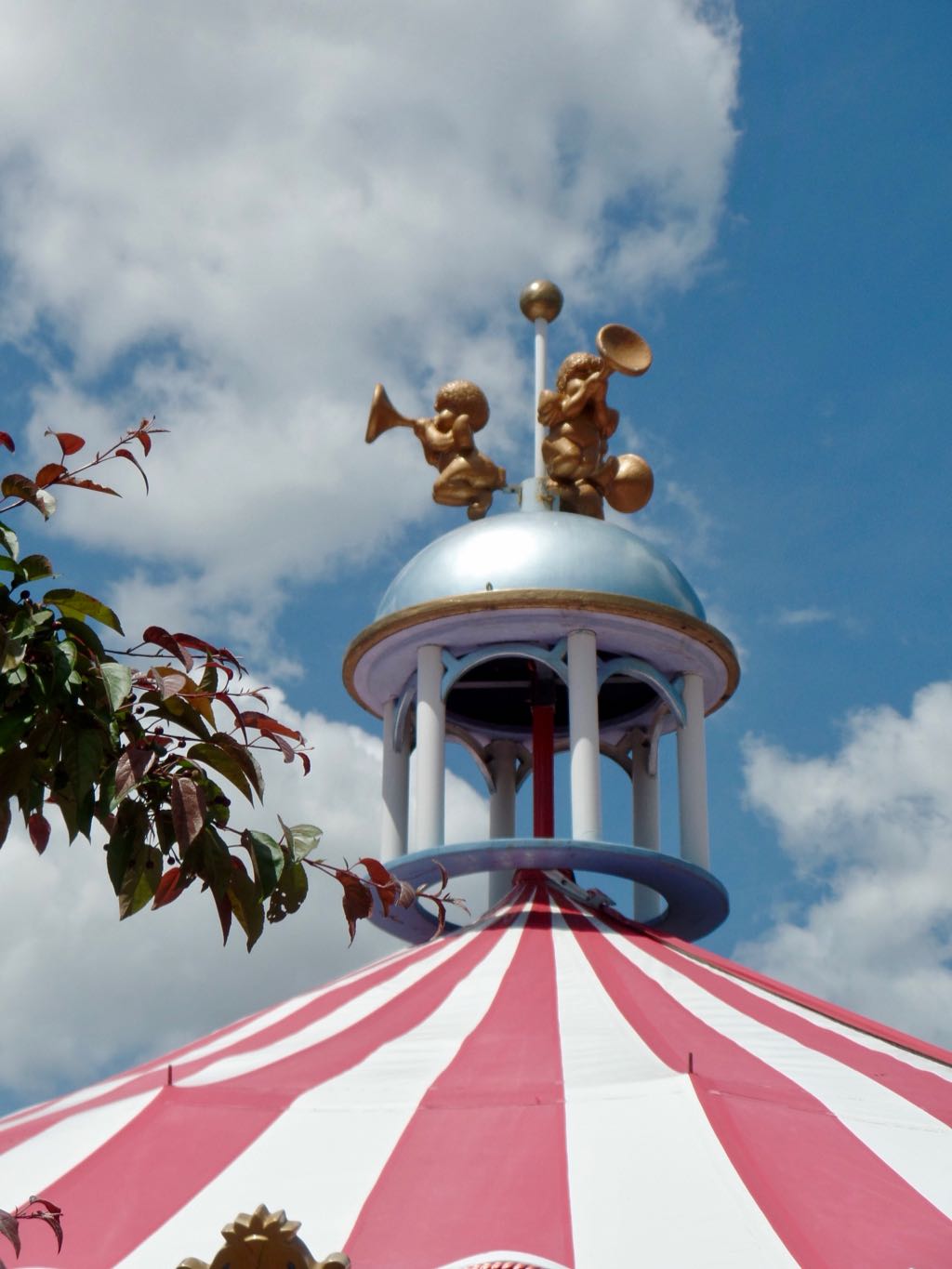 Cherub figures on top of the kiddie carousel, which is a cute riff on the angels atop the antique carousel. 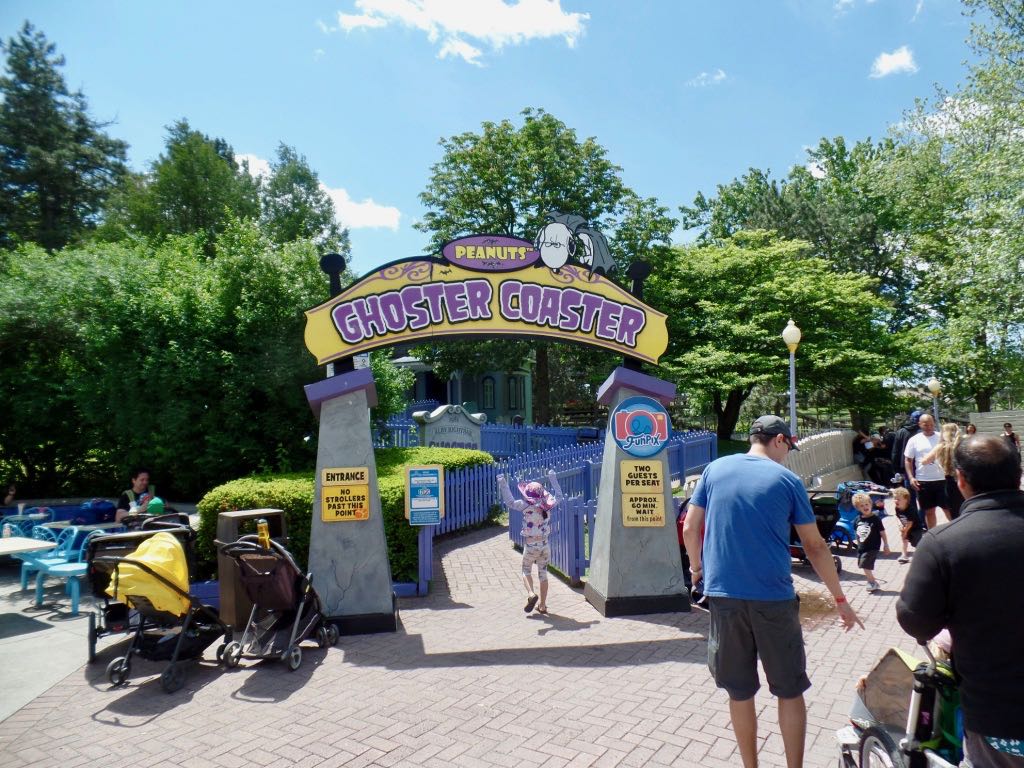 Ghoster Coaster is another of the original, and wooden, roller coasters of the park. It was originally Scooby's Gasping Ghoster Coaster. 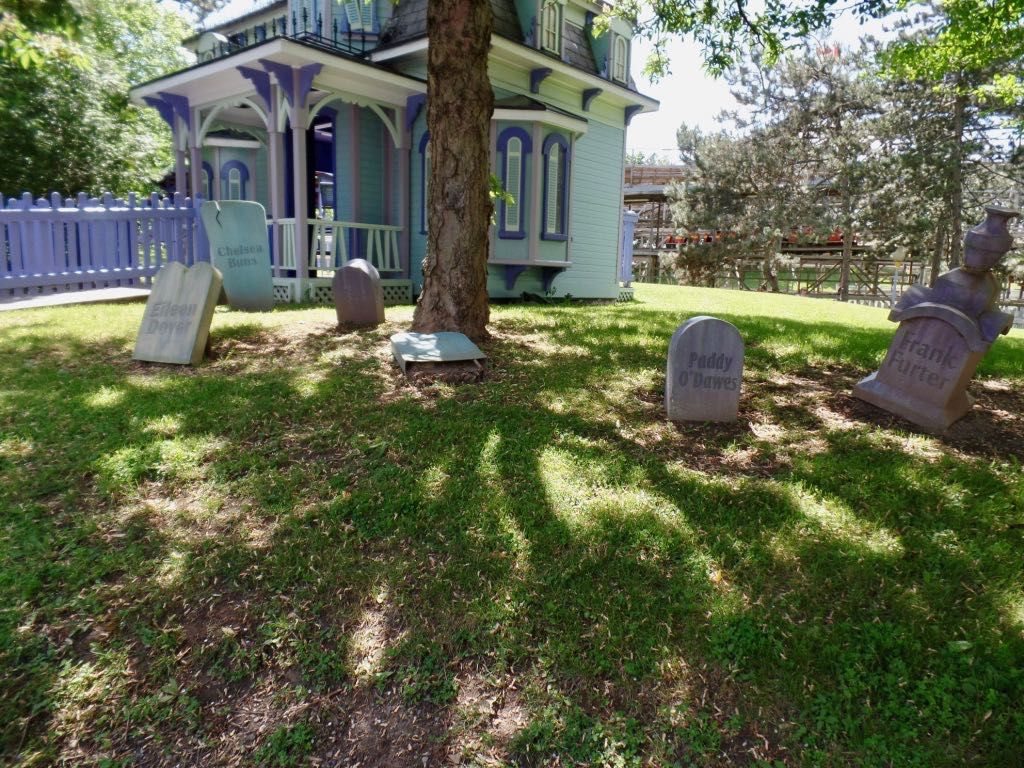 Comic gravestones set outside the Ghoster Coaster station, which is past a house that looks vaguely like it belongs in a Scooby-Doo credit sequence.

Trivia: No commemorative statues were erected in Washington, D.C., before the 1850s. Source: The Invention of Tradition, Editors Eric Hobsbawm, Terence Ranger. (This is counted as ``commemorative, free-standing or equestrian statues, and excludes reliefs, allegorical, fountain, animal, abstract, and cemetery sculpture''.)

PS: How July 2020 Showed People are Getting OK With Less Comics Here, a look at my readership figures.