We voted. Absentee, this time. This although since the last time we voted, in the presidential primary back in March --- right before the lockdown --- we've gotten so good at walking that it would be no effort to hike to our polling place. Heck, we might walk there without even realizing we were doing anything.

But the state's offered everyone applications for absentee ballots, and we signed up for them, for the state primary and the general election in November. It's just better to put less burden on the poll workers, and the people who have to vote in-person.

Not that there was much to vote for. In our district the only contested race was for county clerk. Lansing the city has had some embarrassing clerk-related issues, like that time nobody reminded the city council they had to renew the laws. But the county hasn't had anything bad like that except for how they failed to publish an ordinance relating to the animal control board so that went un-done for a couple years. So anyway the incumbent won reelection, 12,393 votes to 6,087. The county millages, for 9-1-1 services and elder care, and the city millage for the parks department, all passed with about 75% of the vote. So that's reassuring.

We will not be missing Halloweekends at Cedar Point this fall. Not because we're planning to go, although if the infection rates in Michigan and Ohio collapse by October we might. They're replacing Halloweekends ``for 2020 only'' with something they call ``Tricks and Treats Fall Fest''. It's supposed to offer ``unique entertainment, food and activities'' that ``enable better social distancing and capacity management''. The park is also not opening Fridays this fall, just Saturdays and Sundays.

It would be neat to see the park in such weird circumstances but there's no way that September and October won't be overwhelmed by the wave set off by colleges trying to do in-person terms. We'll just read the trip reports and play Roller Coaster Tycoon.

Or we'll look at pictures. Here's what we had going on in Canada's Wonderland back in June of 2019, a month that probably seemed exhausting at the time but had things like this to offer; 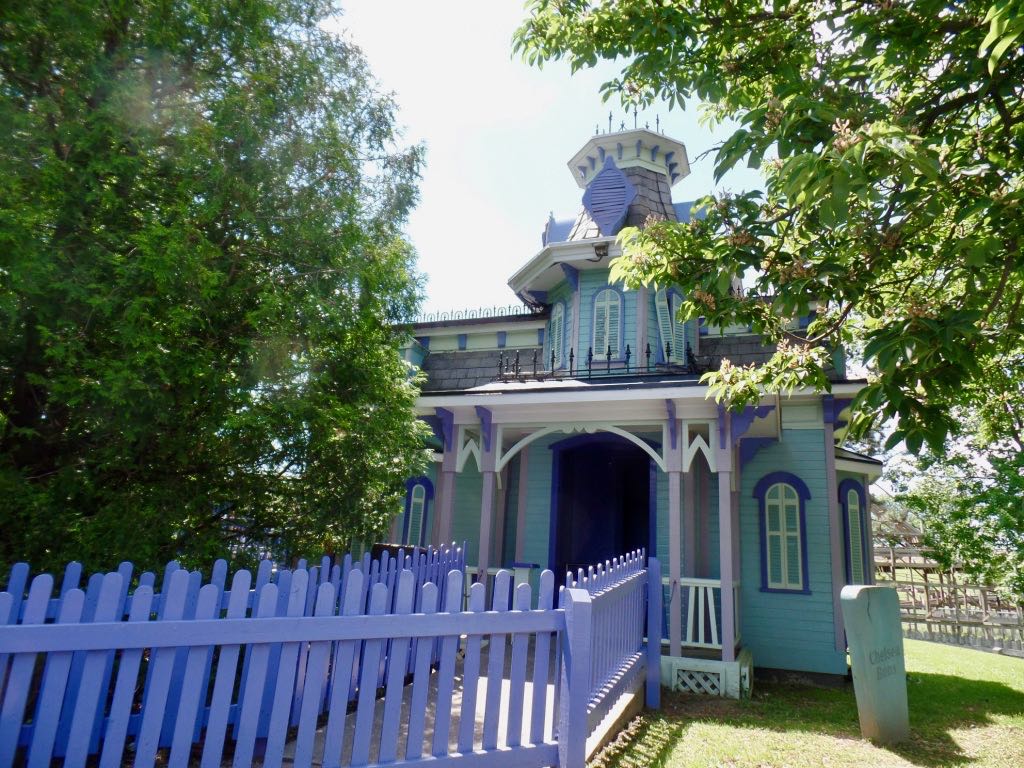 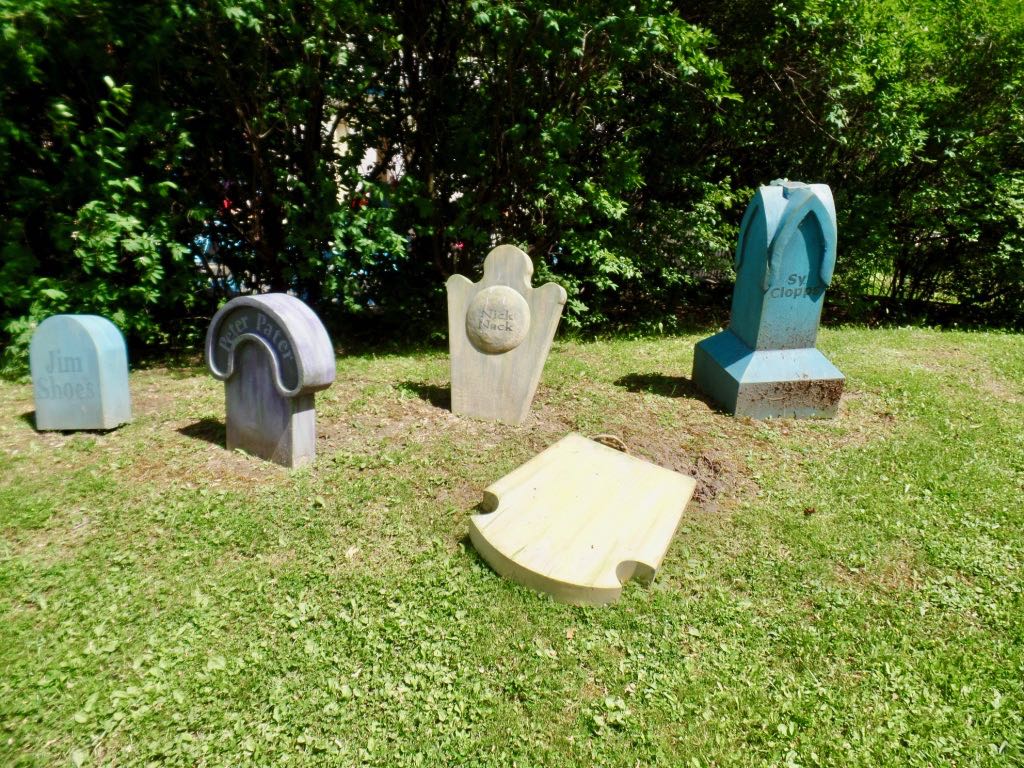 A couple more comic gravestones. I assume that one that's fallen over was an accident but it kind of works anyway. 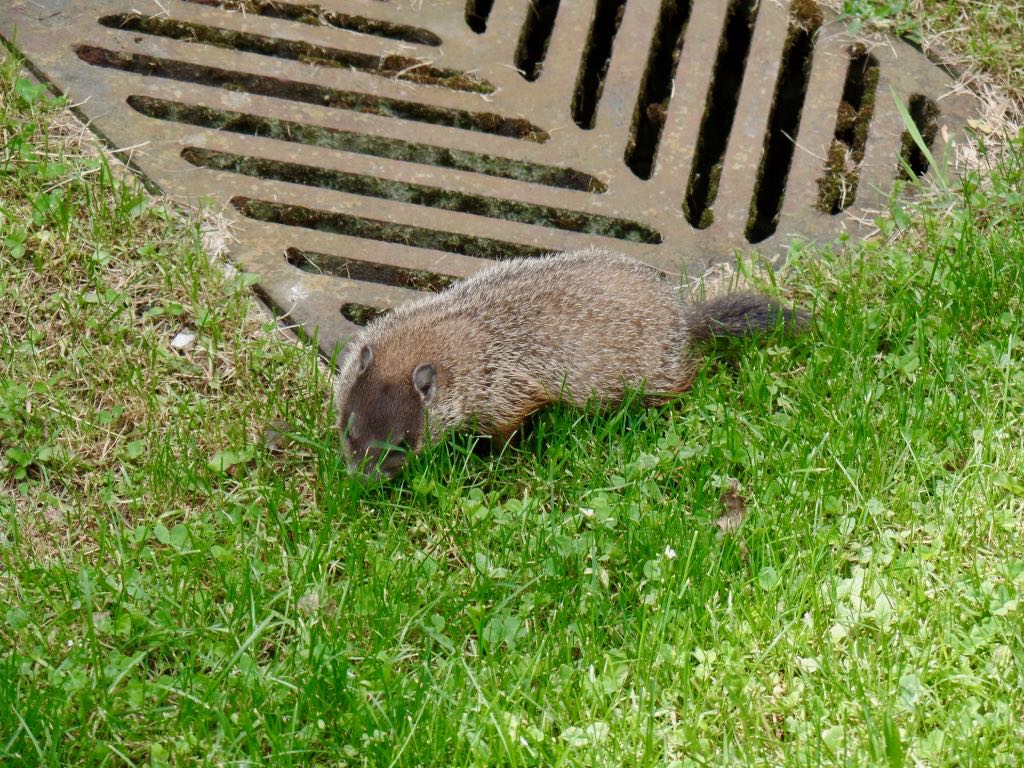 And I saw a groundhog on the way out! Nice. 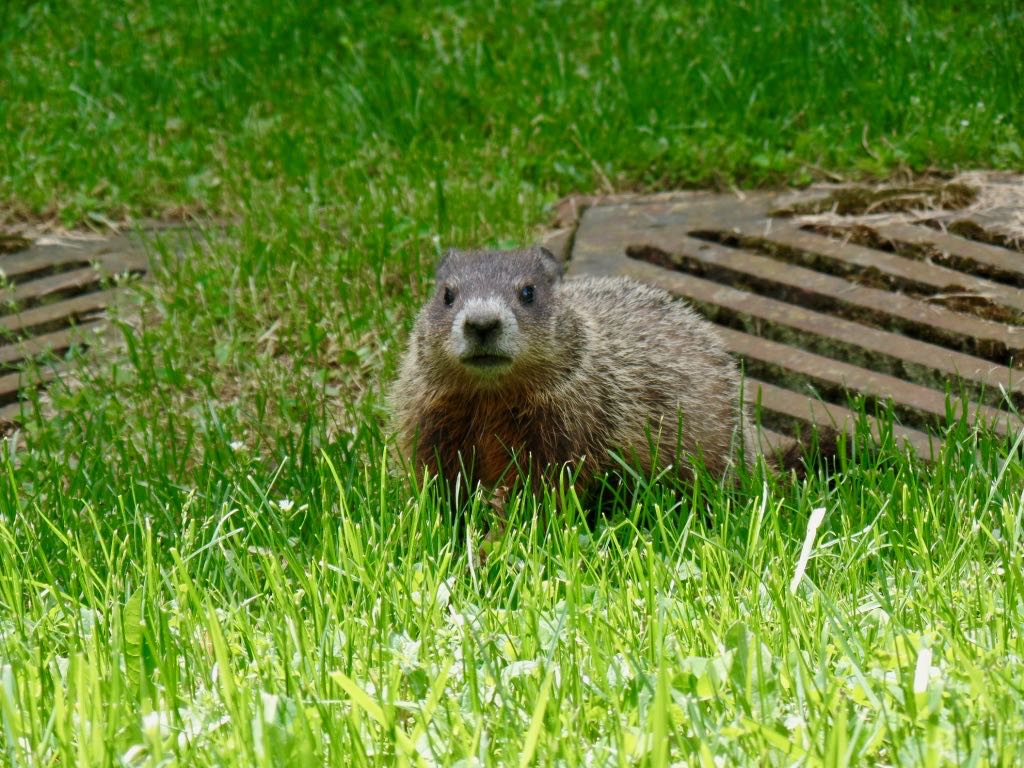 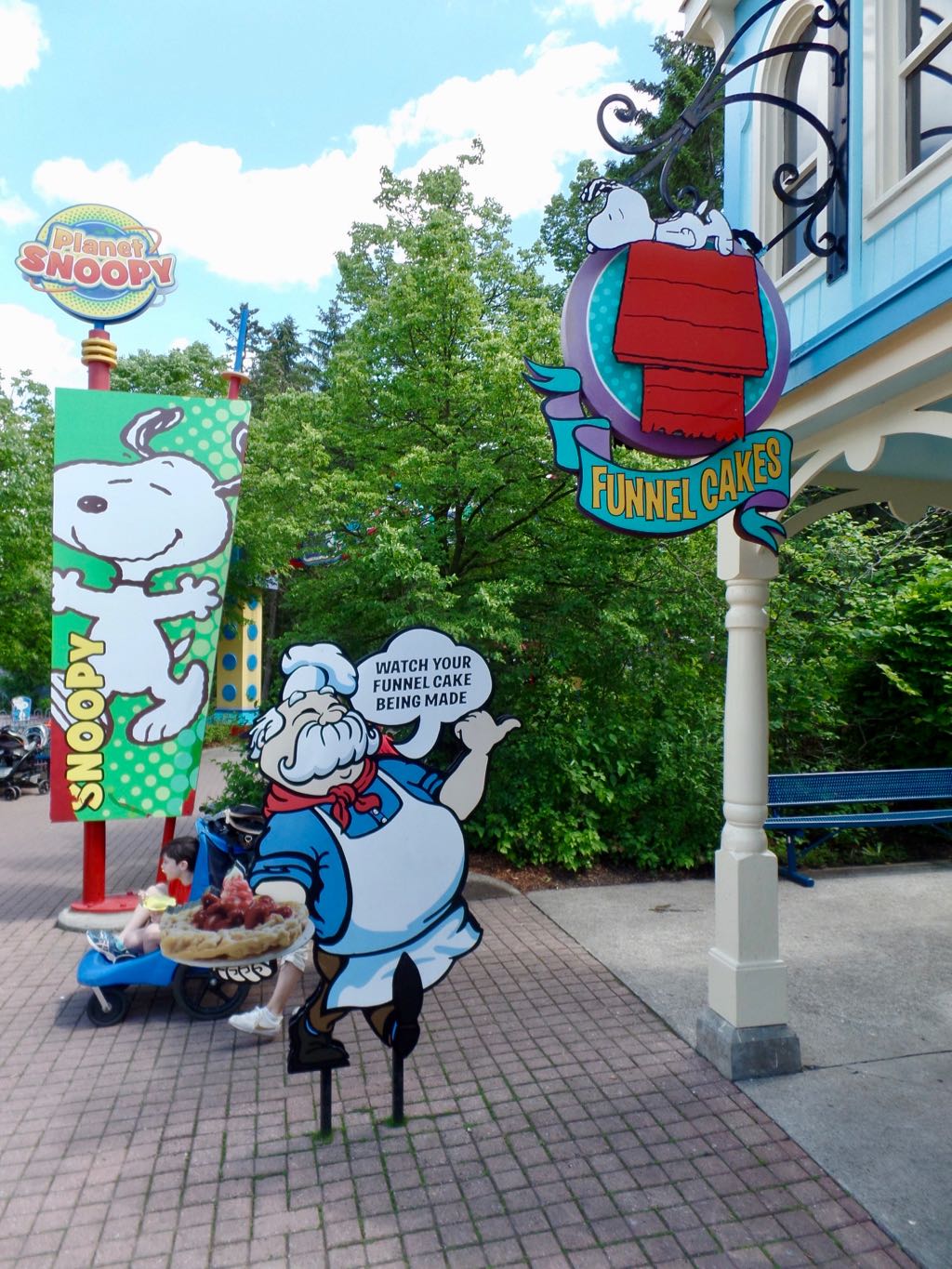 I don't know why this figure of a chef ordering us to watch our funnel cakes being made amused me so, but it did, and that's that. 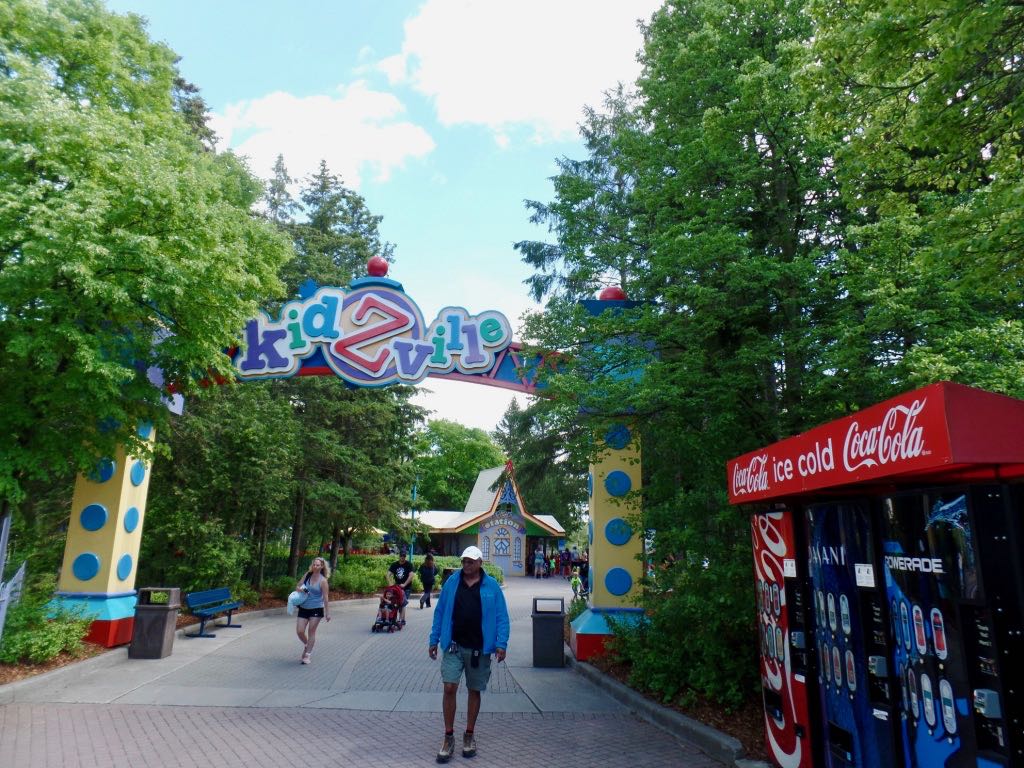 Next to the Planet Snoopy kiddie area is ... Kidzville, another kiddie area. 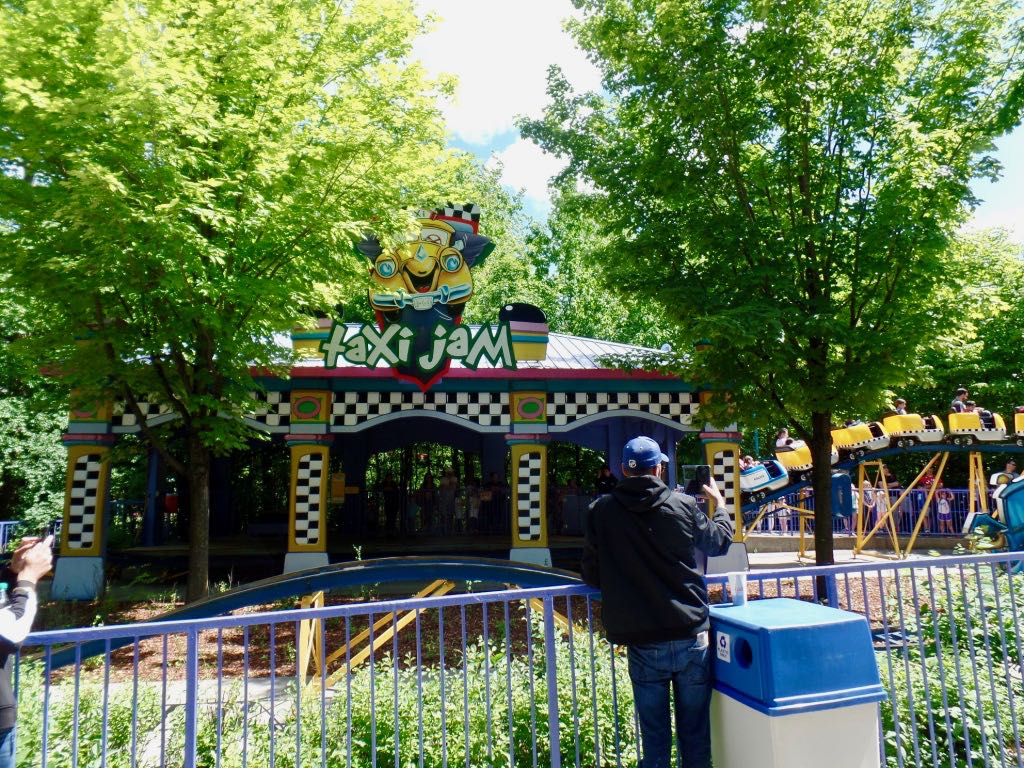 Taxi Jam's a tiny family coaster; as unaccompanied adults we weren't allowed to ride and that, honestly, was a bit of a relief. It probably would have done bad things to our knees. 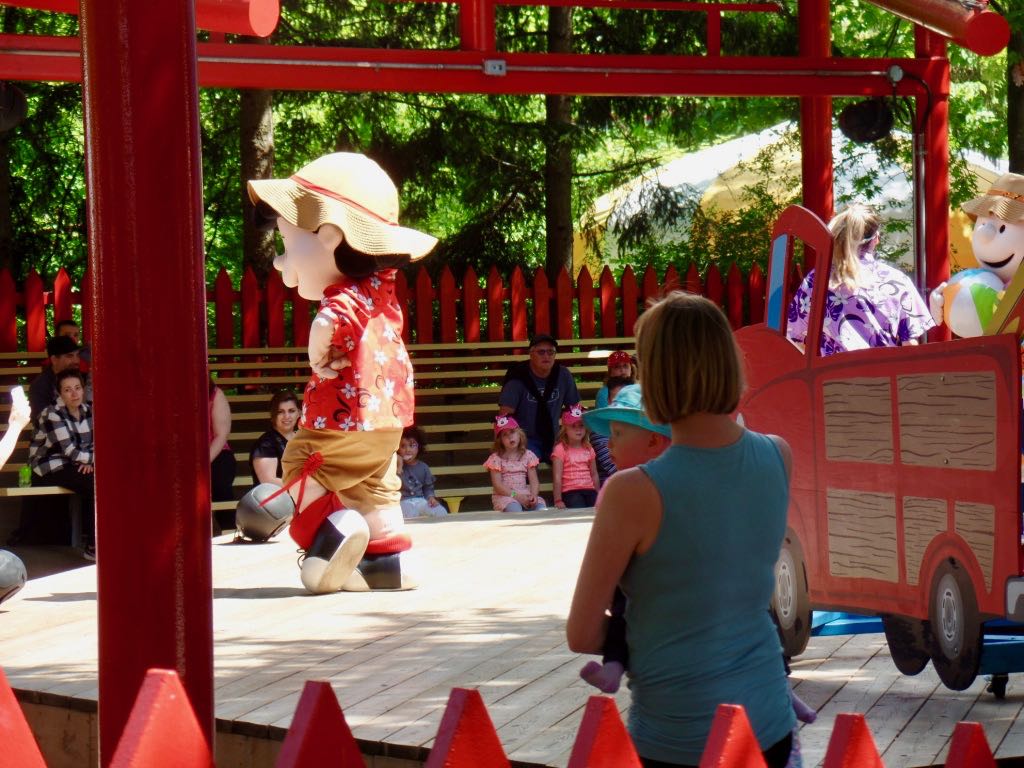 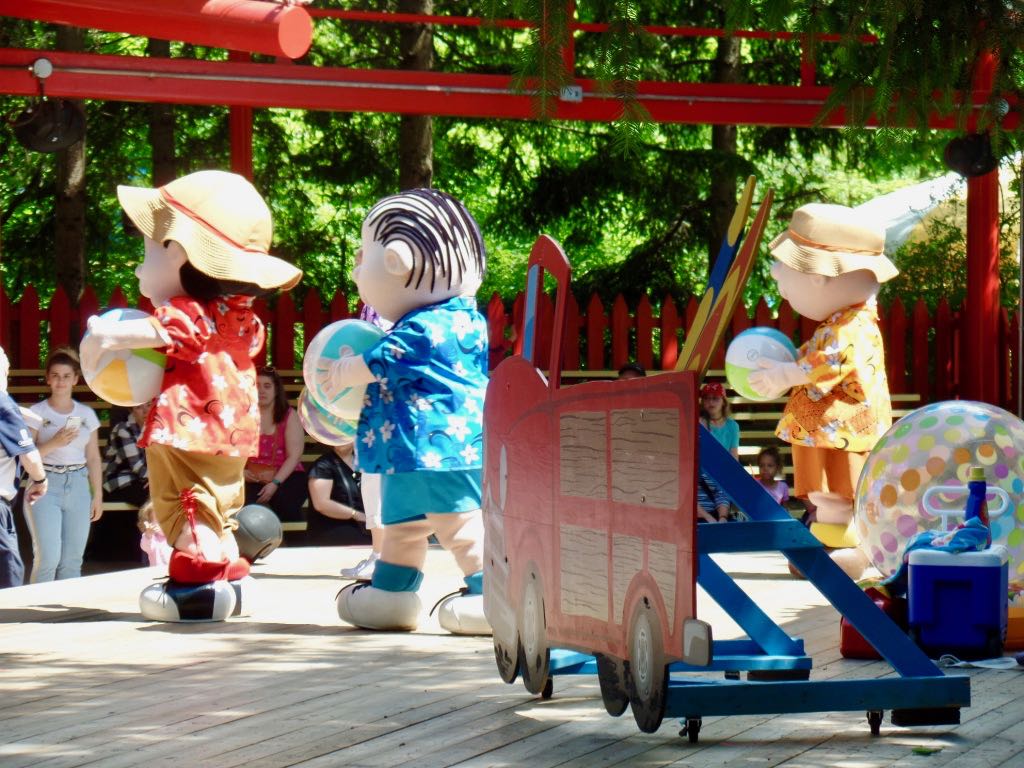 Lucy, Linus, and of course Charlie Brown. You know he was Charlie Brown because he was saying ``good grief'' every eight seconds. I'm exaggerating only a bit; the possibly prerecorded audio was going maybe faster than the performers quite could. 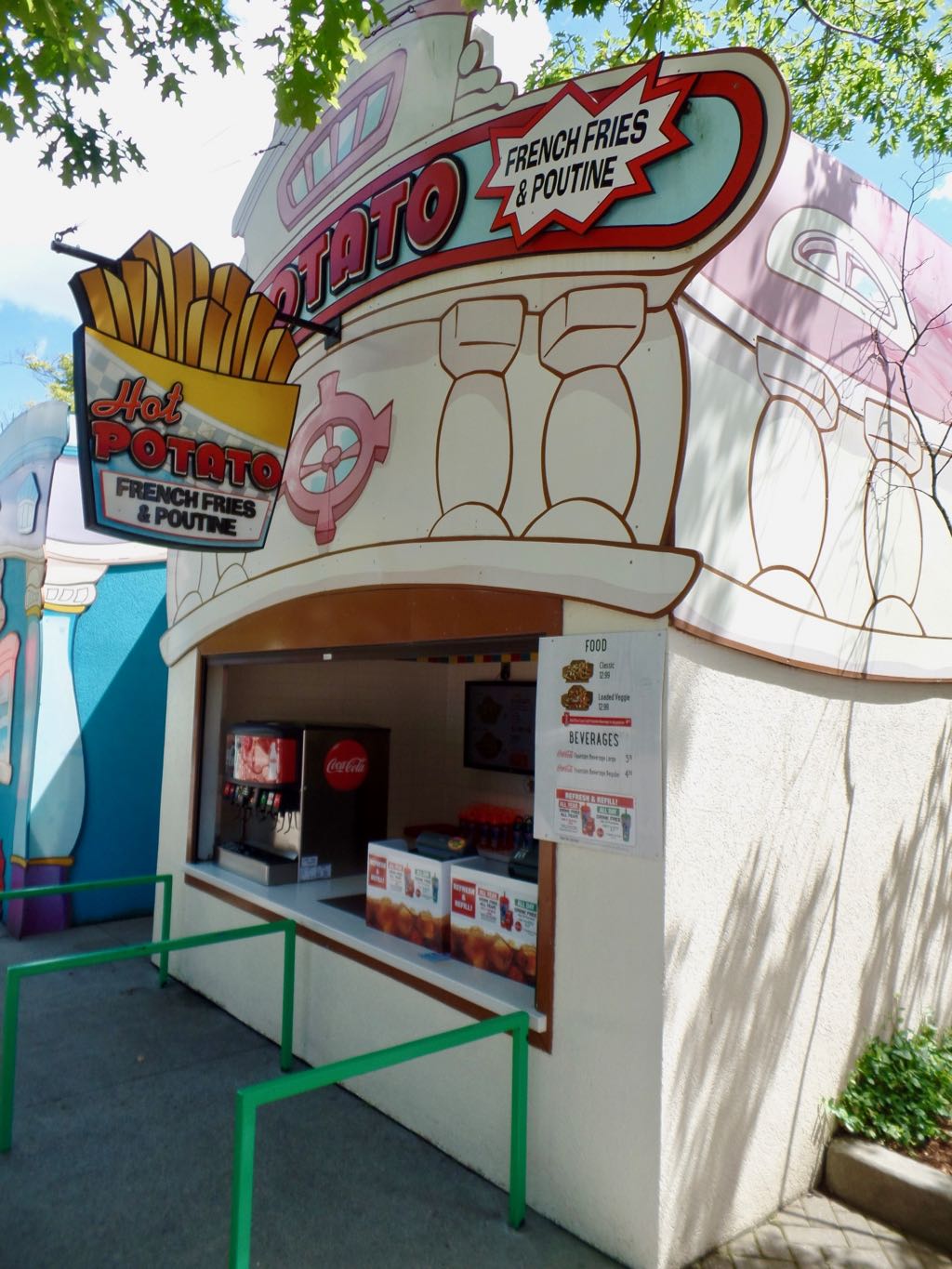 Finally some seriously Canadian stuff in this park. We were thinking of poutine for lunch. 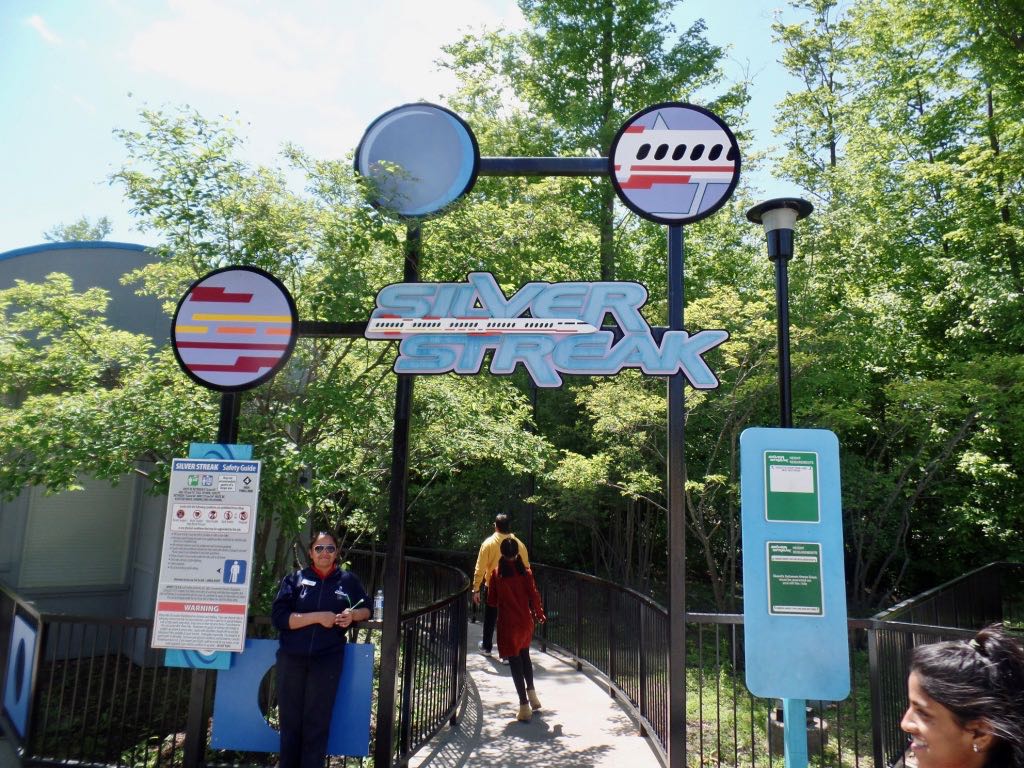 Silver Streak's a junior suspended coaster and it's got a pretty nice logo. 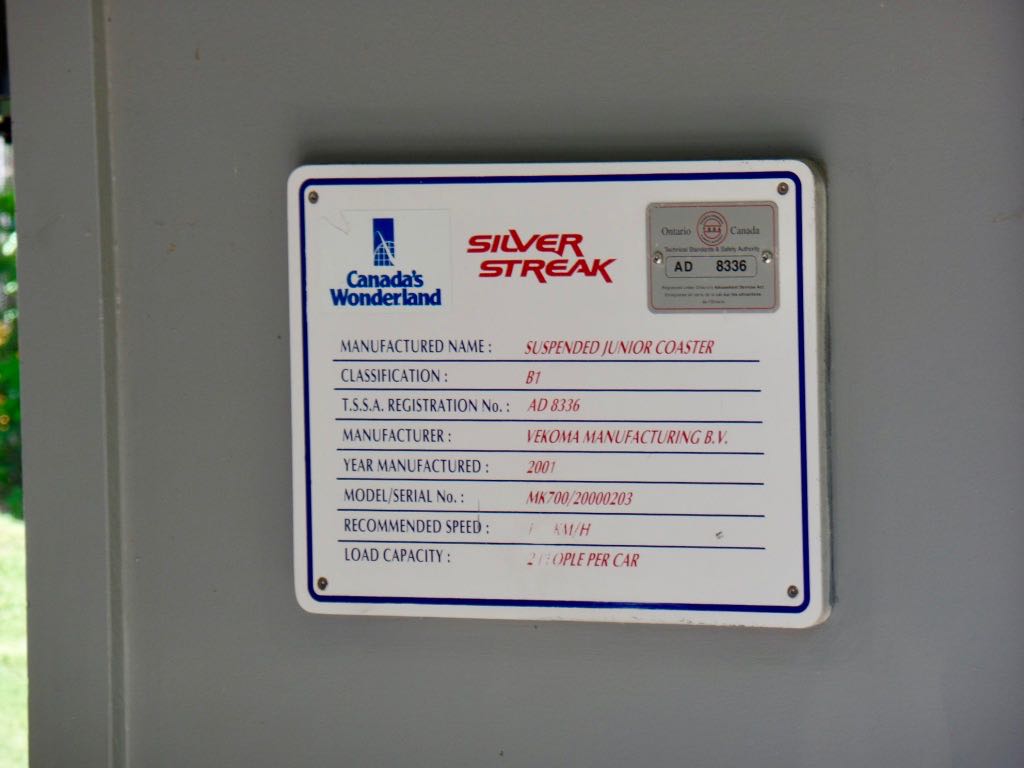 Here's the Silver Streak maker's plate in case you want to know its registration number or anything.

Trivia: Western European water mills had gearing systems in place, so that grain could be ground however fast the river was, by as early as 1169. Source: A History of Mechanical Inventions, Abbott Payson Usher.

Currently Reading: When Biospheres Collide: A History of NASA's Planetary Protection Programs, Michael Meltzer. You know, I might just nope out of this one until after the pandemic. I mean, knowing how the Apollo missions did turn out it's easy to side with the guy saying that of course there'd be no back-contamination from the moon, but when he goes on to say that even if there was we could handle it ... eeesh.