If ya don't get at it

So our pet rabbit started sneezing again. And making a bit of a wheezing noise while eating. So we're trying her out on Children's Benadryl. Just a small bit, twice a day.

Our big question was whether she'd take four milliliters of something delivered orally. She did not like her brief stint on meloxicam, a painkiller that every other rabbit has loved for being sweet and sticky. But this is a different sweet cherry-flavored substance.

She was skeptical of it at first, but after getting a good taste of the stuff, she's decided she has a new favorite thing of all time. By the third dose she was grabbing the syringe and trying to take it away from us. I'm not sure how much it's doing for her sneezing --- these things are hard to measure --- but it bodes well for whenever we need to put her on oral medications again.

Meanwhile she has gotten to enjoy a lot more out-of-cage time. This is the side effect of

bunny_hugger's chronotherapy; today is the first time we've had, nominally, both of us asleep at the same time. So she's had as much as eight extra hours of free run time, and while she might not always use it, she has liked having it around. As

bunny_hugger's waking hours move away from the dead of the night, our rabbit will lose some time. But she's enjoying it while it lasts.

So now let's see Canada's Wonderland again. And a ride with special links to my old life. Also, conceivably but we think probably not, to 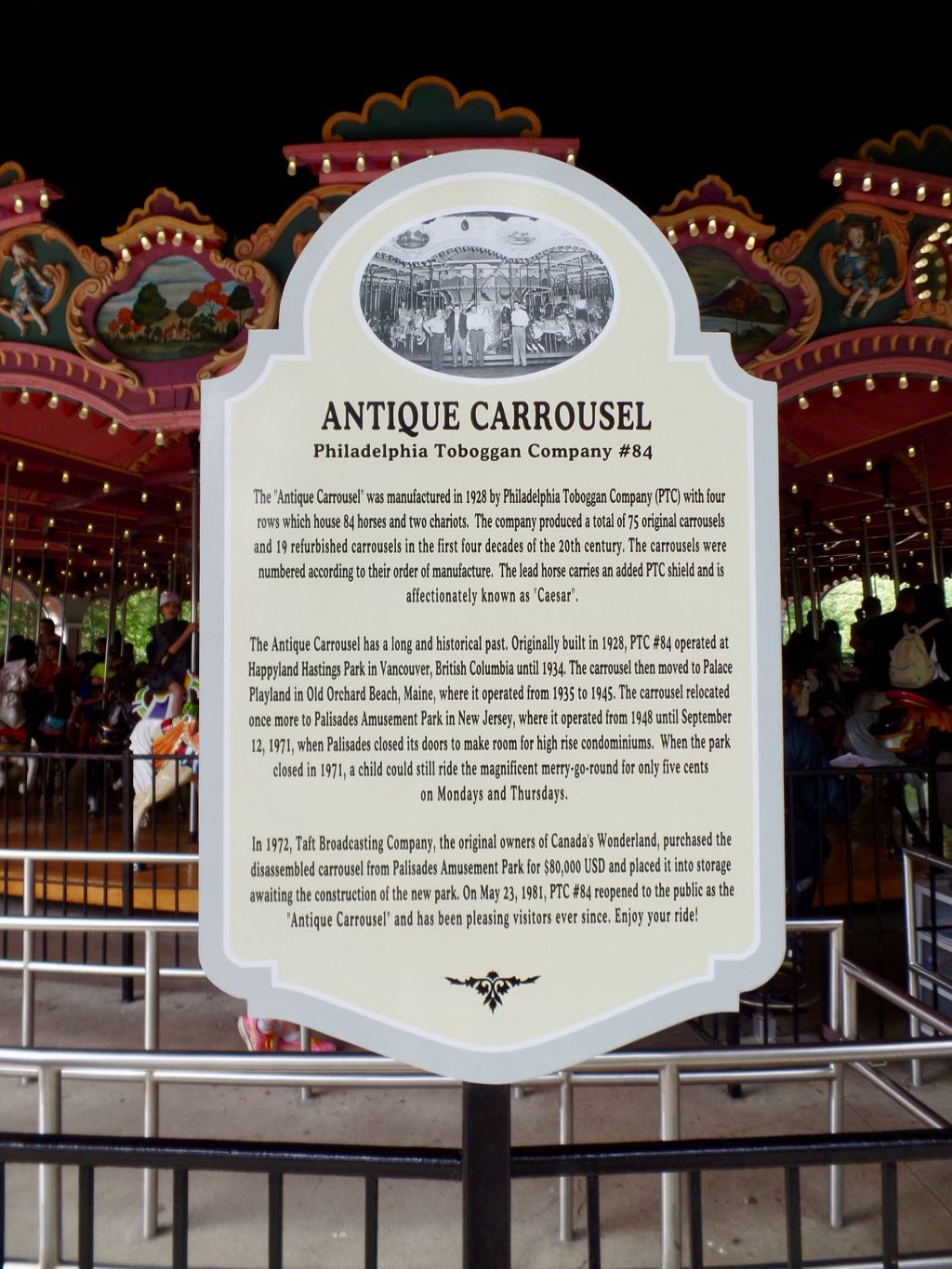 Plaque outside the Antique Carrousel, Philadelphia Toboggan Company #84. This ride operated for a while at Orchard Beach, Maine, and then from the late 40s was at Palisades Park in New Jersey. So there's a good chance my parents have ridden it. Interestingly, Taft Broadcasting, which owned Kings Island and Kings Dominion at the time, bought the carousel when Palisades Park was closed in 1971. They didn't place it anywhere for nearly a decade, though, when Canada's Wonderland finally opened. It makes me wonder if they were that sure they'd be opening a third park, and whether that opened later than they figured. 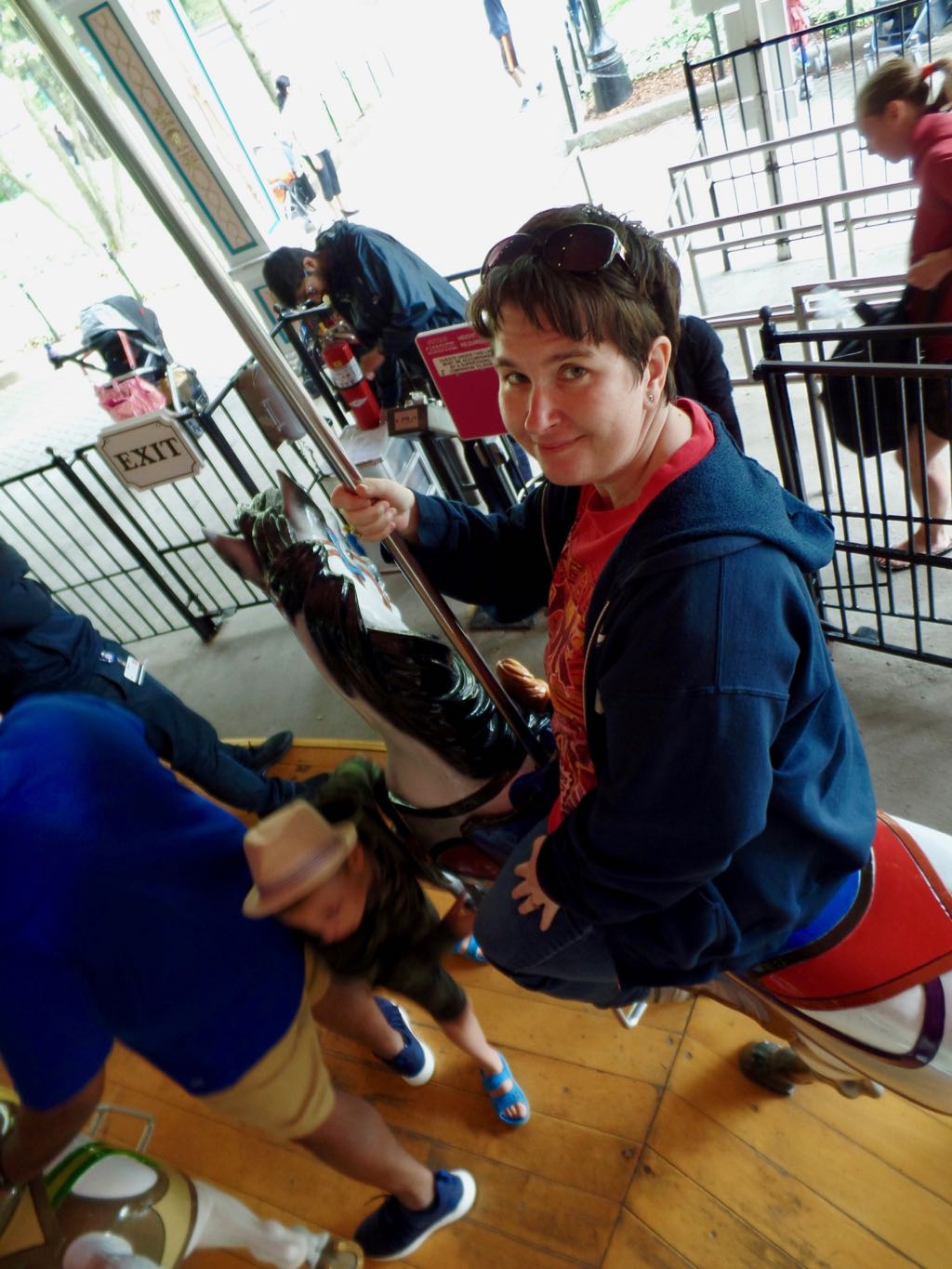 Some kid with a hat for some reason tries to photobomb

bunny_hugger's pose atop her horse. 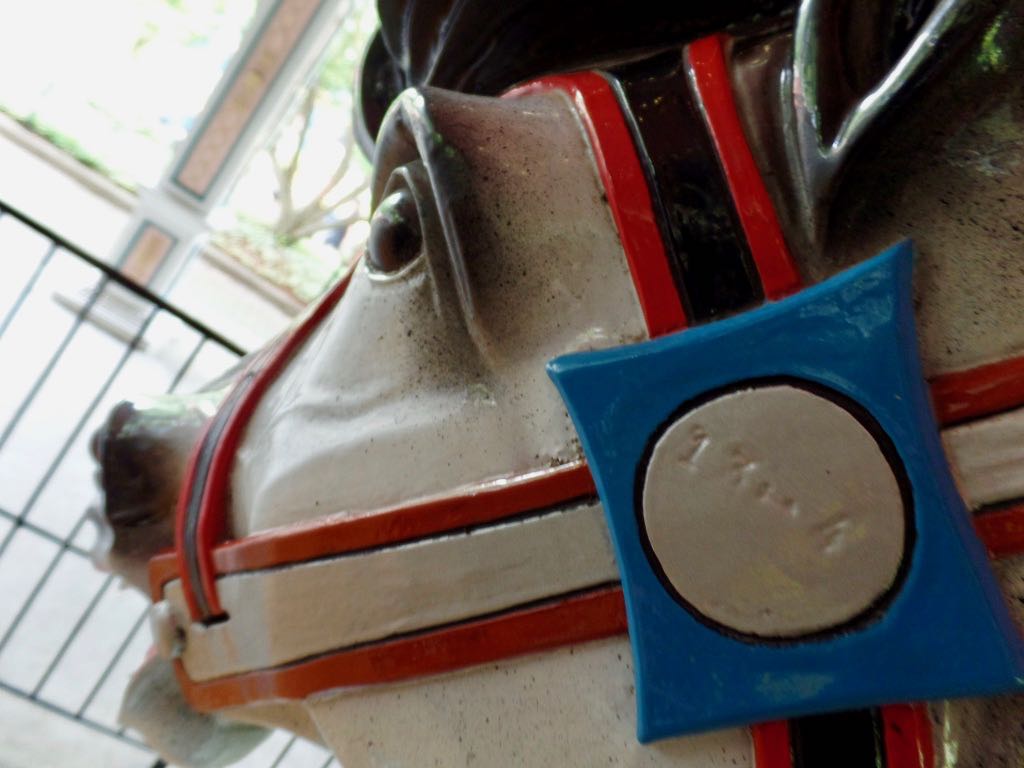 The insides of the horse gear have markings to indicate row and column within the carousel. I assume the order has been totally lost from its original form, but there's still some evidence of it on antique carousels. 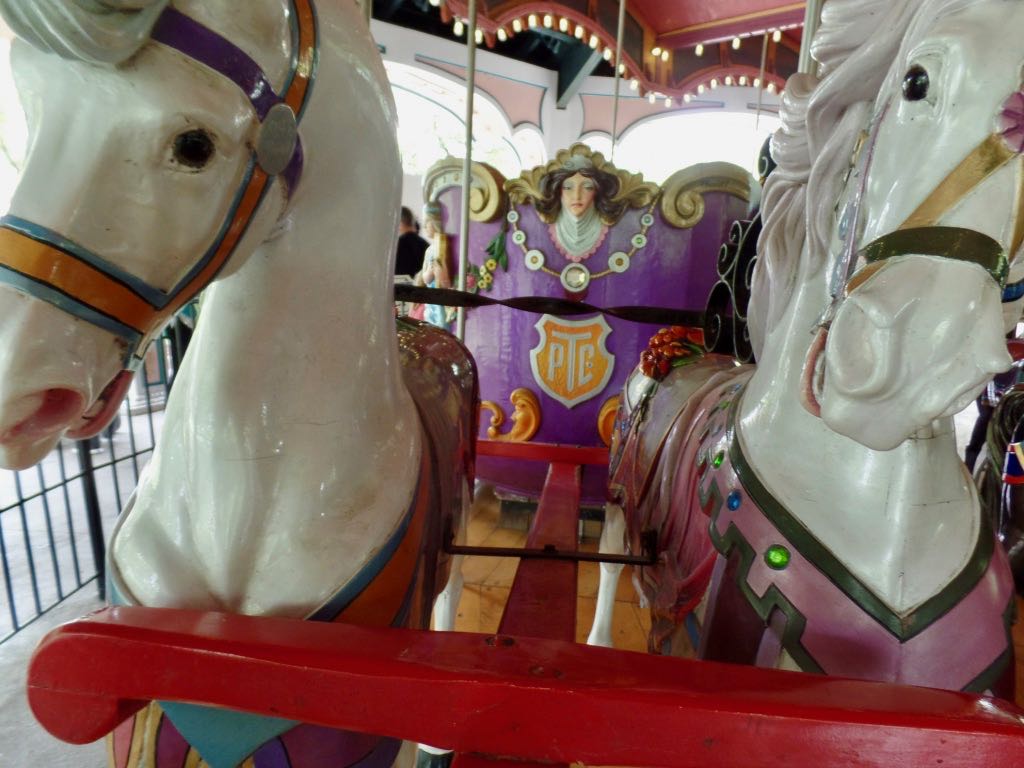 The horses in front of the chariot have a yoke to make it look like they're working. It's a rare thing; I think we've only seen it at this carousel and the one at Elitch Gardens. 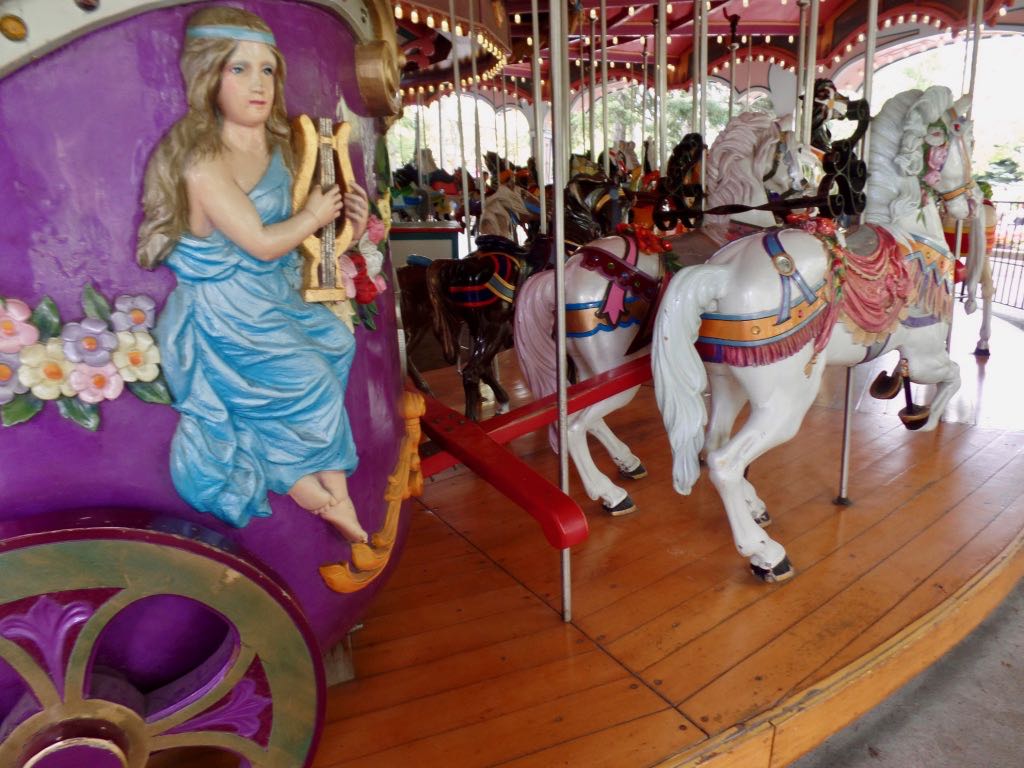 The chariot and the horses that pull it seen from another angle. 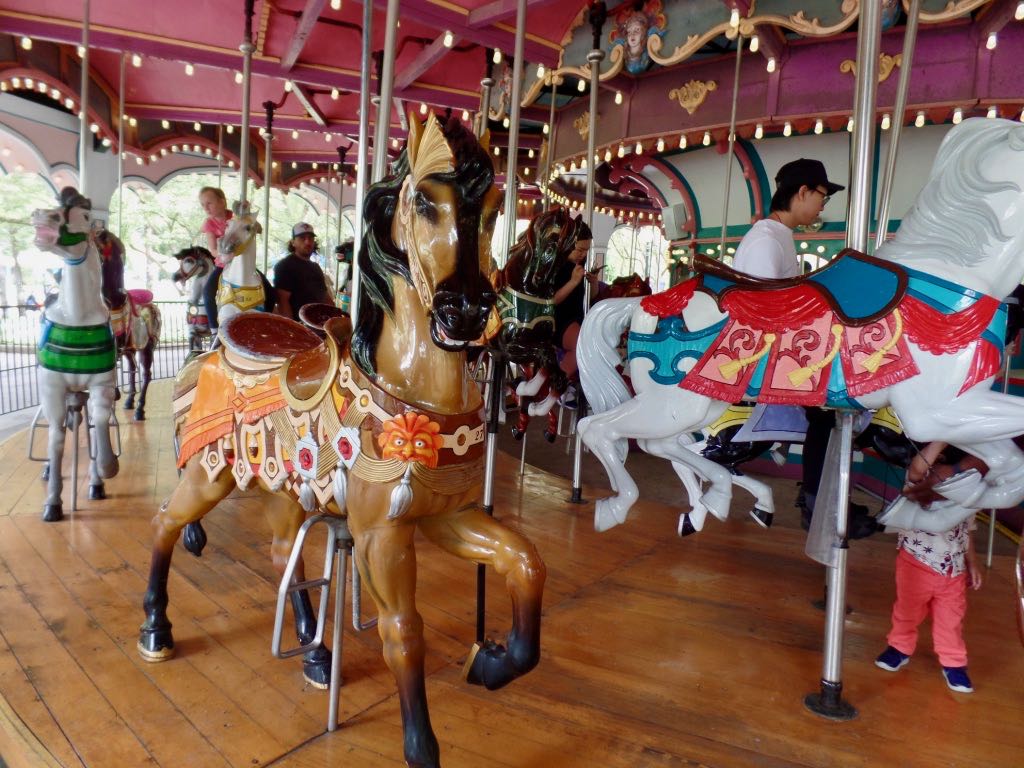 And another look at the horses, many of which have nothing to do with the chariot. 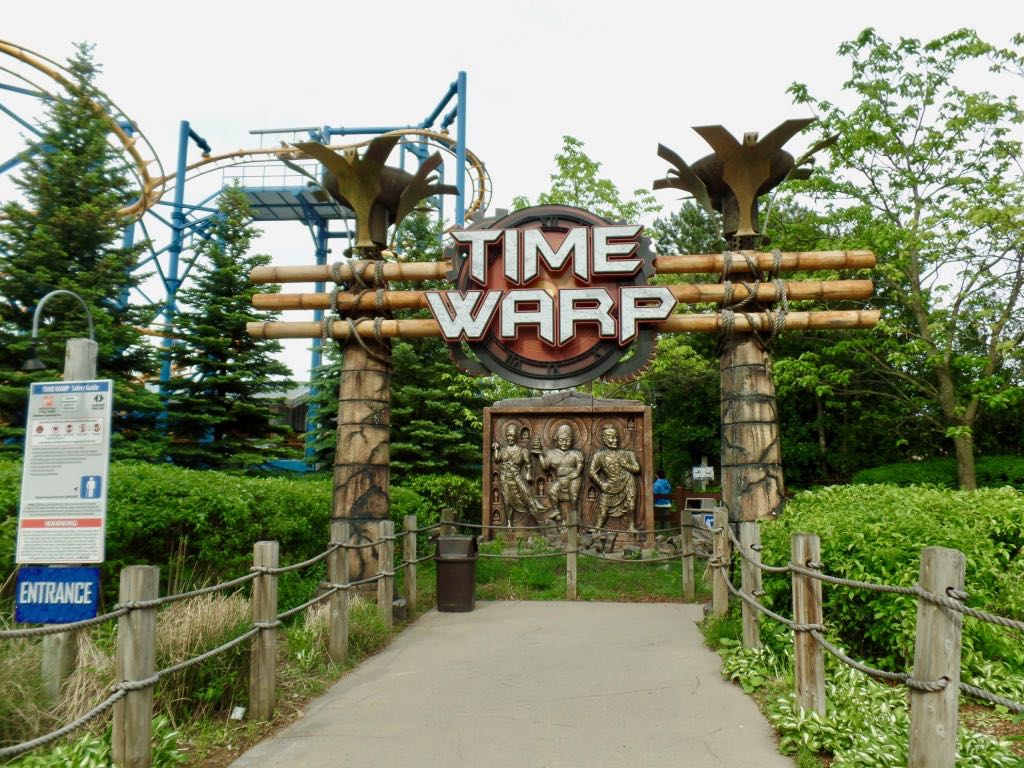 So you say the park used to have the Lara Croft: Tomb Raider license? 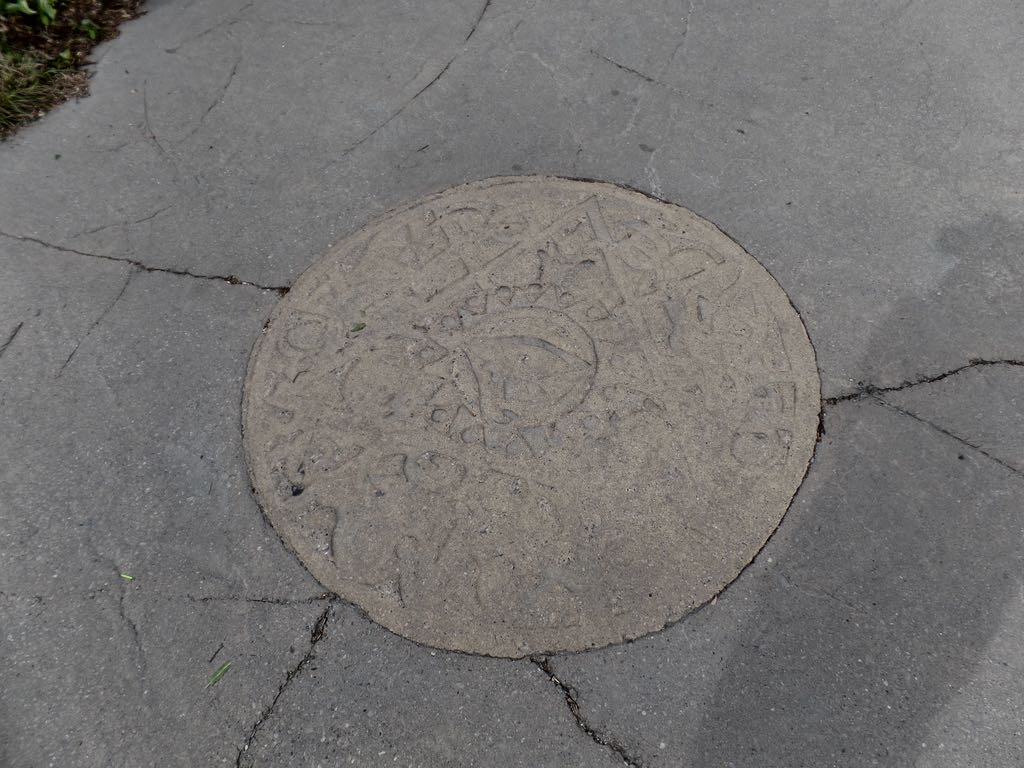 Mysterious symbolic mass on a fake manhole cover. I don't know how much of this is recognizably Lara Croft and how much is ``something not actionably Tomb Raider anymore''. 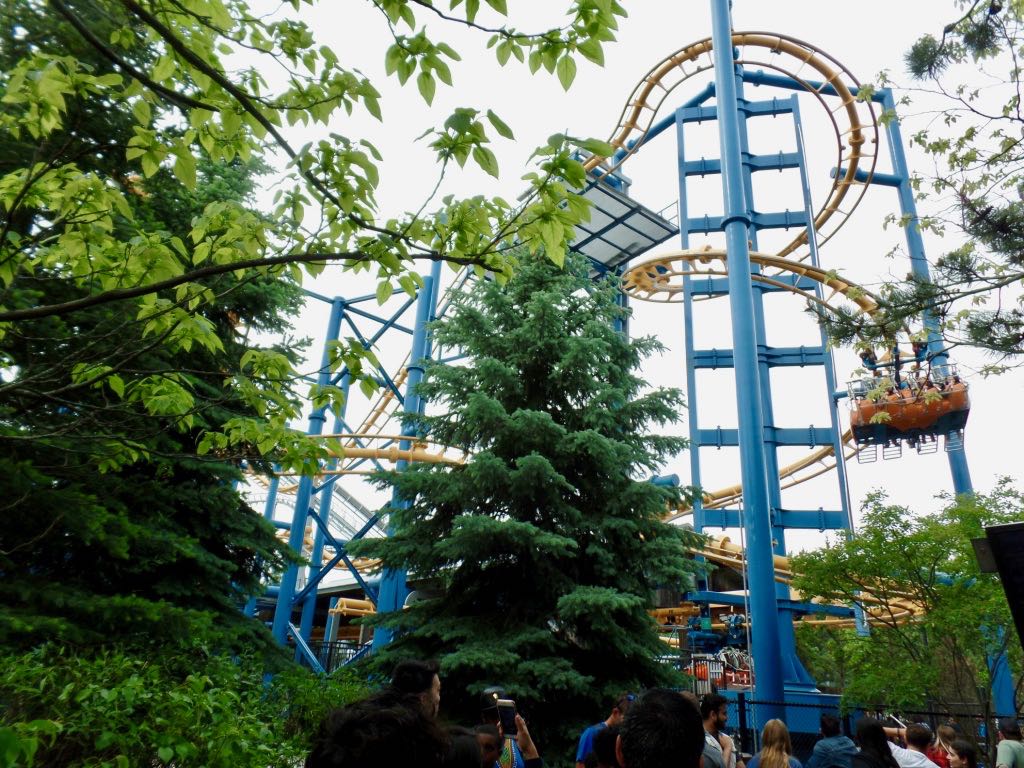 Time Warp is a coaster with this spiral lift hill, akin to Super Flight at Rye Playland. Haven't seen that design at other parks. You spend a lot of the ride resting in a harness on your chest, which is not necessarily comfortable. 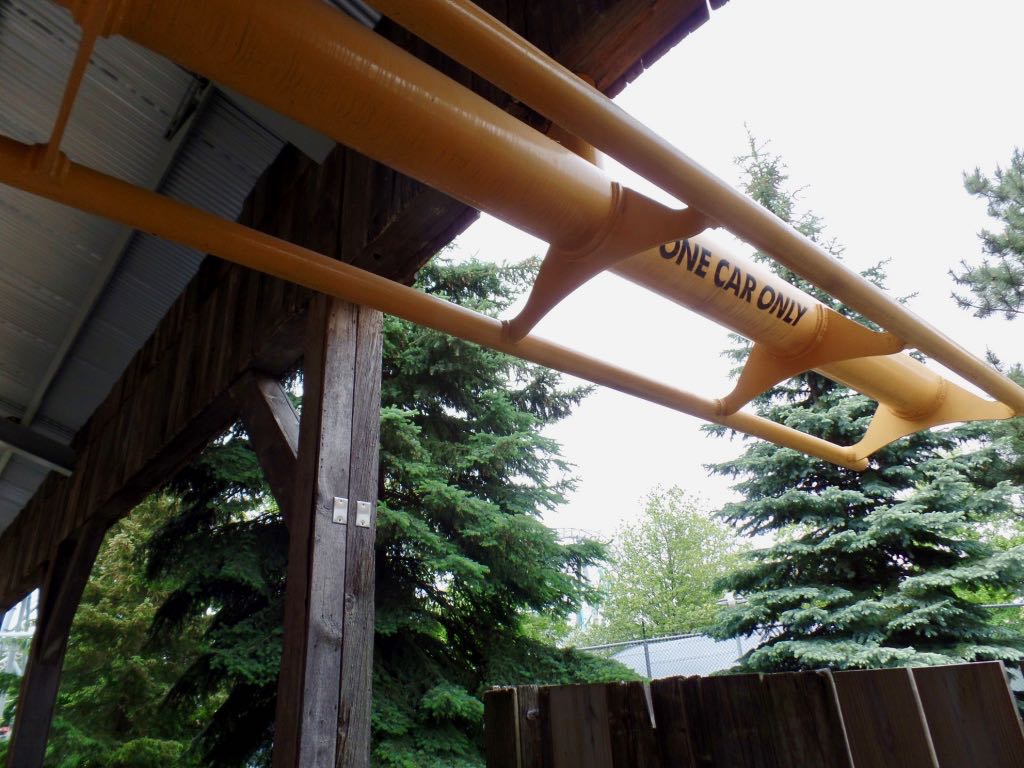 One Car Only transfer track, for taking trains off the roller coaster and doing maintenance or whatnot. 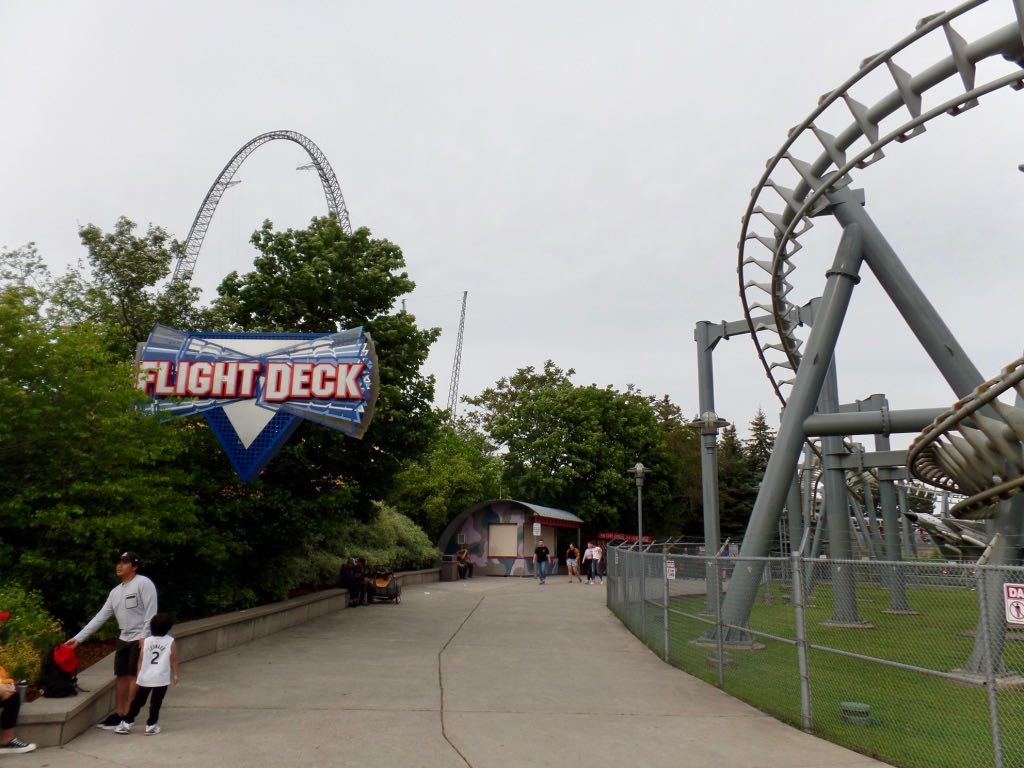 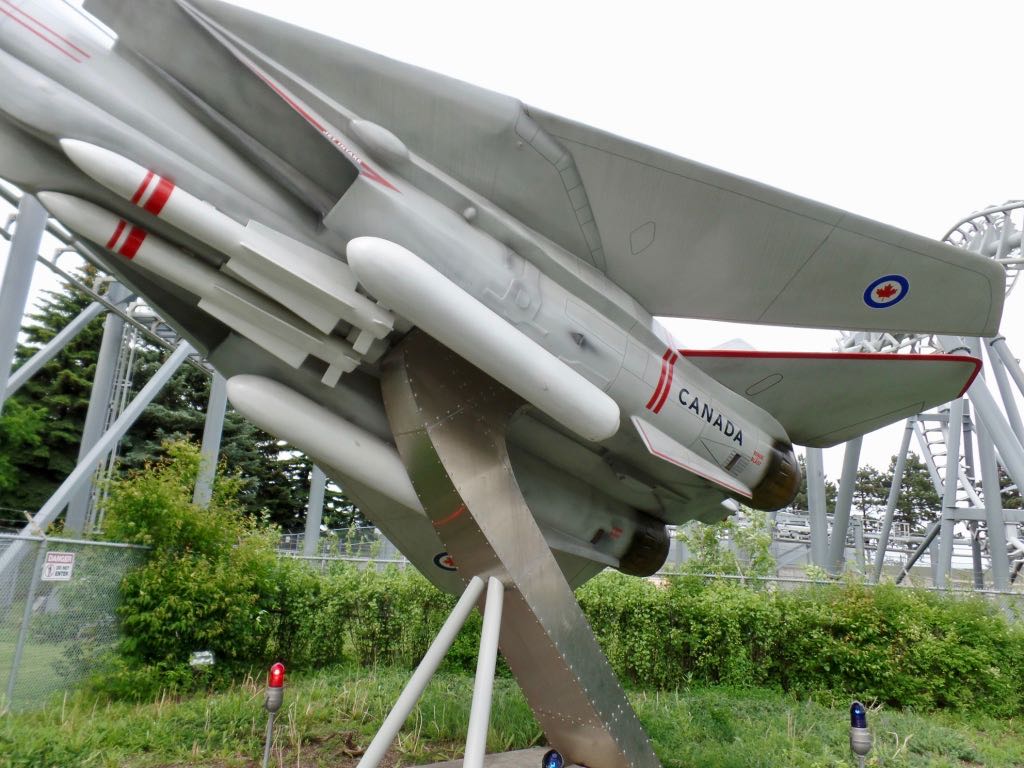 Oh yeah, Canada! Much of Canada's Wonderland looks basically like any Cedar Fair park, or at least like the ones that used to be Taft/Paramount parks, but the decorations will give it some distinctiveness.

Trivia: Before the building of Central Park, New York (then just the island of Manhattan) had less than 100 acres of parkland, an average of 16 acres for every 100,000 residents. Source: The Epic of New York City, Edward Robb Ellis.

Currently Reading: When Biospheres Collide: A History of NASA's Planetary Protection Programs, Michael Meltzer. So, in reading the Apollo quarantine plans first, it's hard not to share the feeling that NASA management never really believed in the need to quarantine Apollo astronauts, given how many things that really broke quarantine were allowed on the grounds that it was a more pressing safety need. (Like, the astronauts left the Apollo capsule for life rafts, rather than be hauled up inside; the reasoning being that moderately turbulent seas would make it quite likely the capsule would hit the side of the ship, potentially badly injuring them. Which, yeah, but then, what's broken bones against a worldwide plague?) Second, there's a bunch of things that are decisions that seem to need an explanation that isn't given. Like at one point the biofilters standard is set to screen out anything more than 45 microns in diameter. Why 45 microns? It's not, like, 1/500th of an inch or 1/7000th of a foot or any obvious link like that. I've seen some sources say a human hair is 90 microns. ``Half a hair width'' is arbitrary but at least understandable. But there's a lot of variation in hair width too. One line about why this, rather than 50 or 40 or 25, would have helped.