I've always had something to hide

Not in hiding: my humor blog. Run there this past week have been:

Now let me get you back to Fantasy Island, on the western edge of New York state so that's why there's a Wild West shootout going on. 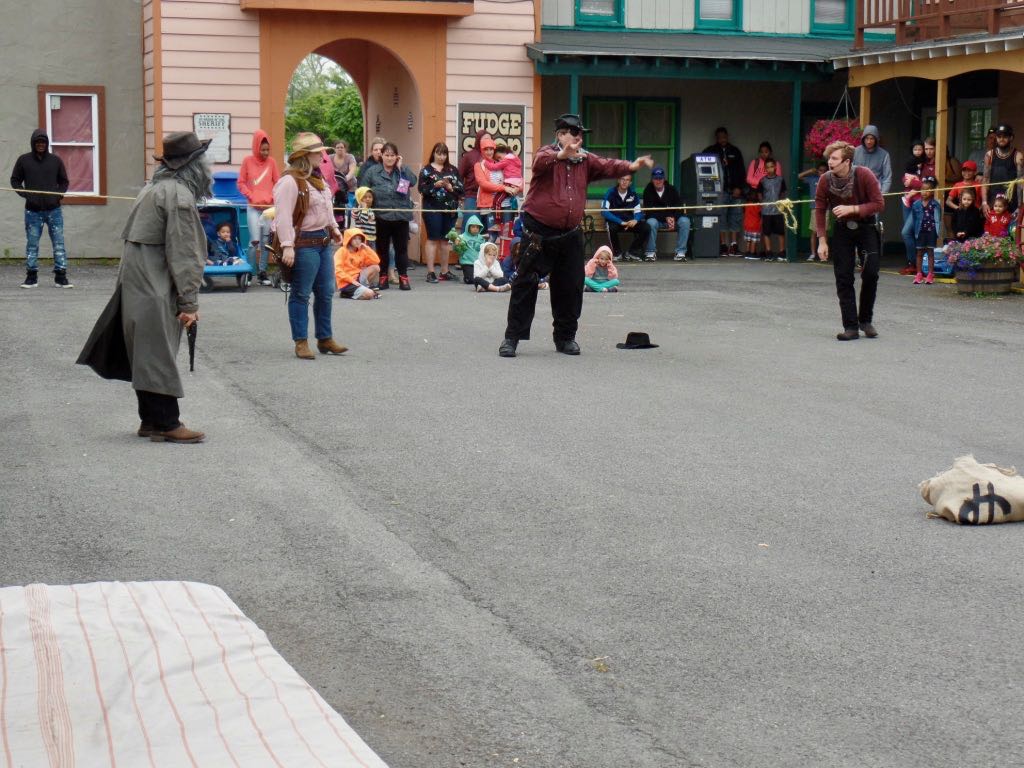 Bandits facing the fearsomely old guy who turns out to be the Sheriff. 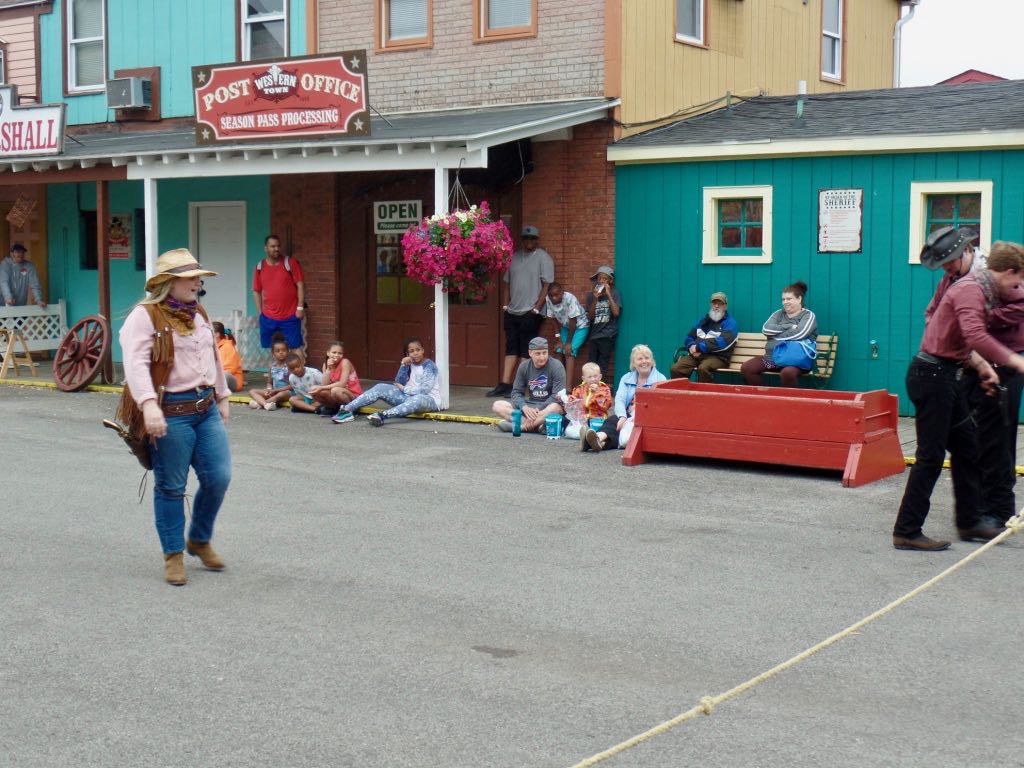 Deputy Sheriff shooing the bandits out of town, and surely a happy ending to the confrontation, right? 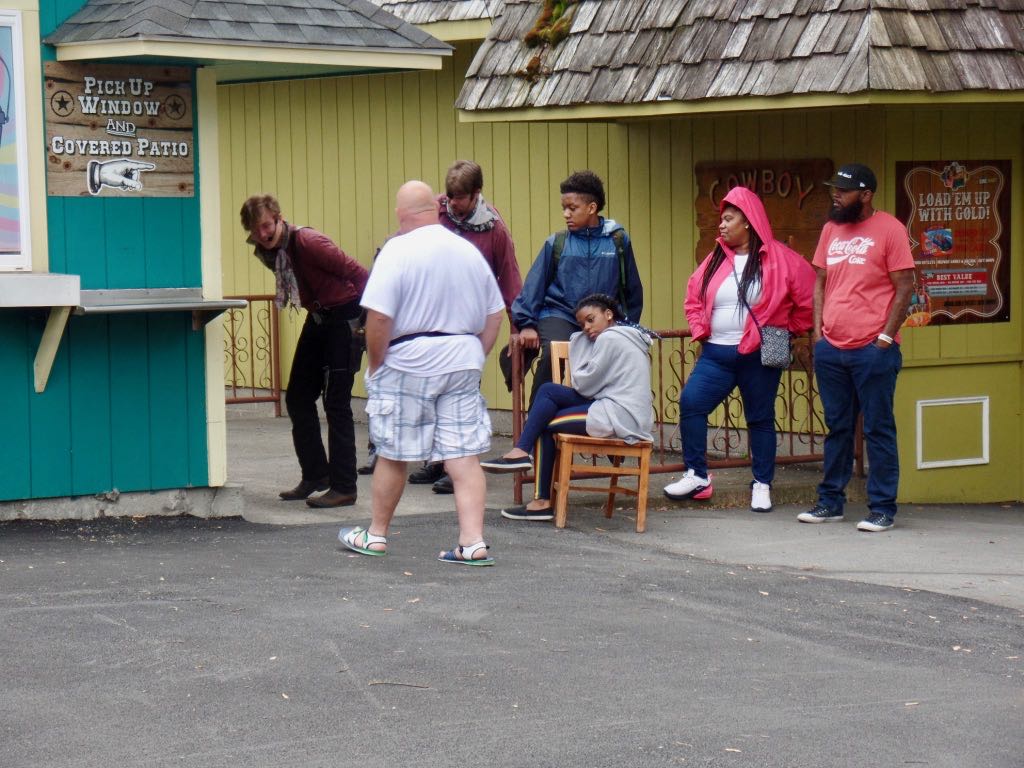 There isn't really an off-stage area so the bandits just gather and wait for their cue. 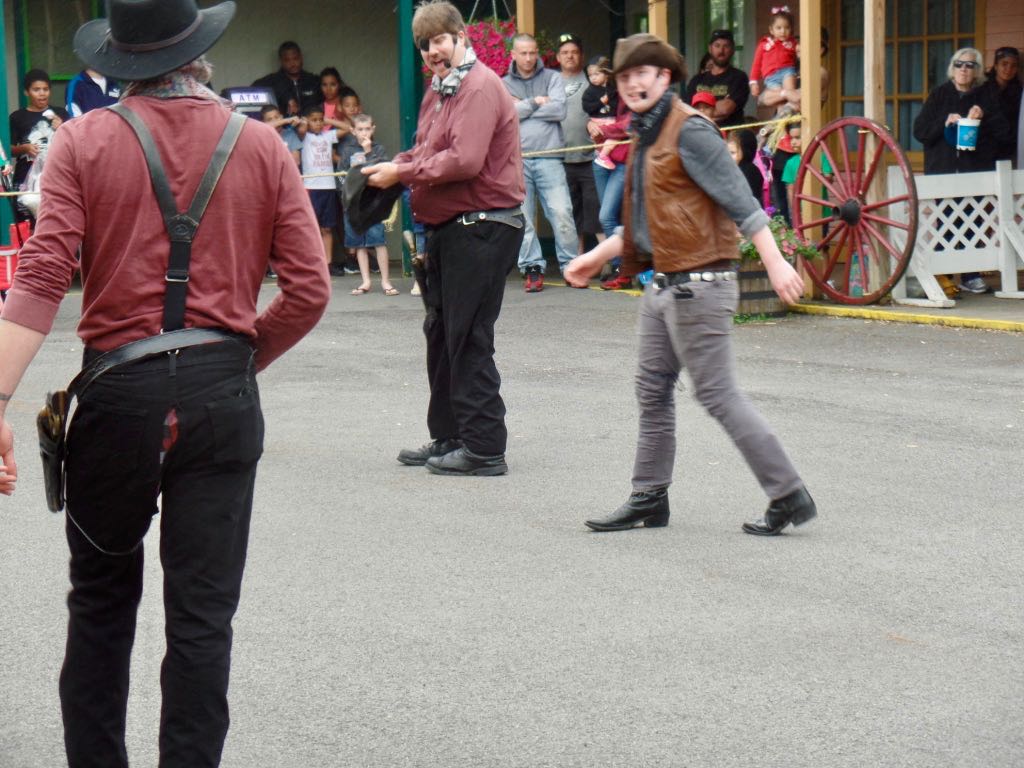 They're back in town and one of the bandits' pants has ripped! I believe this was an accident although it's the sort of thing you expect to have happen. 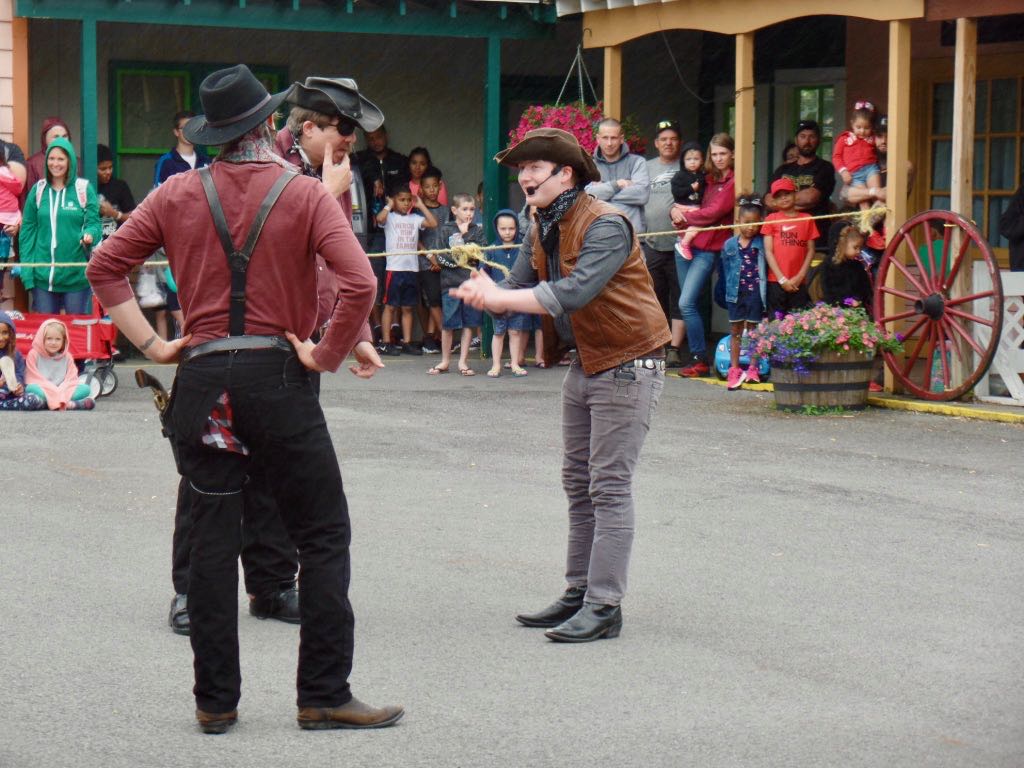 The bandits figure out how they're going to take over the town and that deputy and that old man won't be able to stop them. 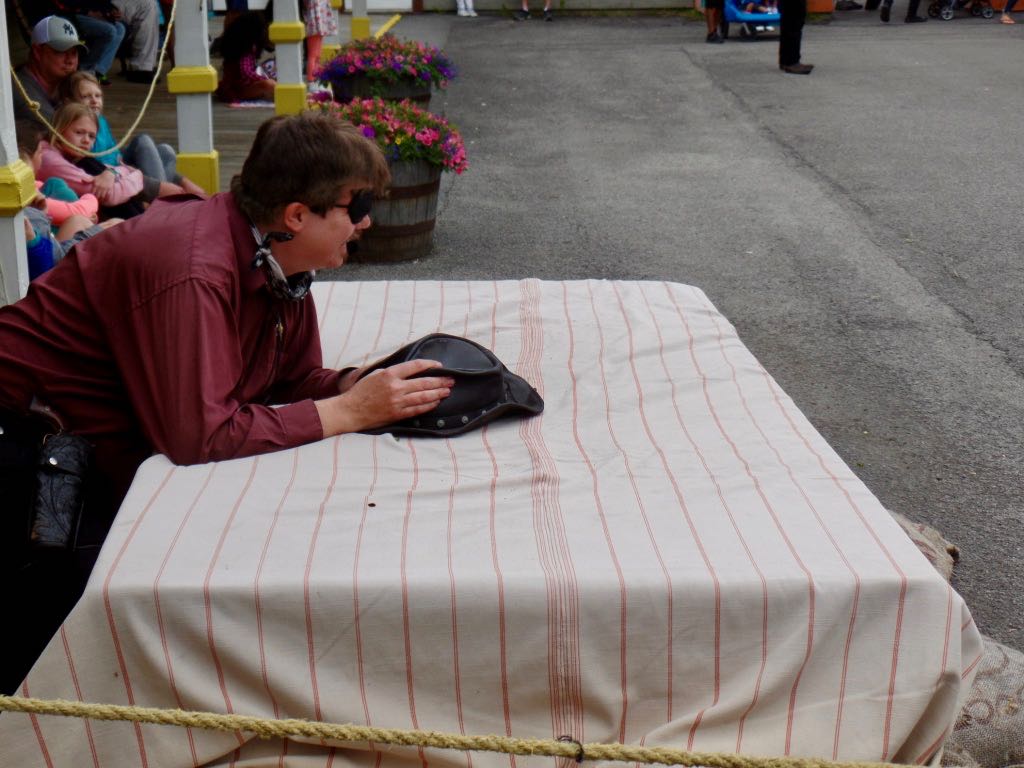 Huh, someone took away that keeping off the mat. Wonder why they did that. 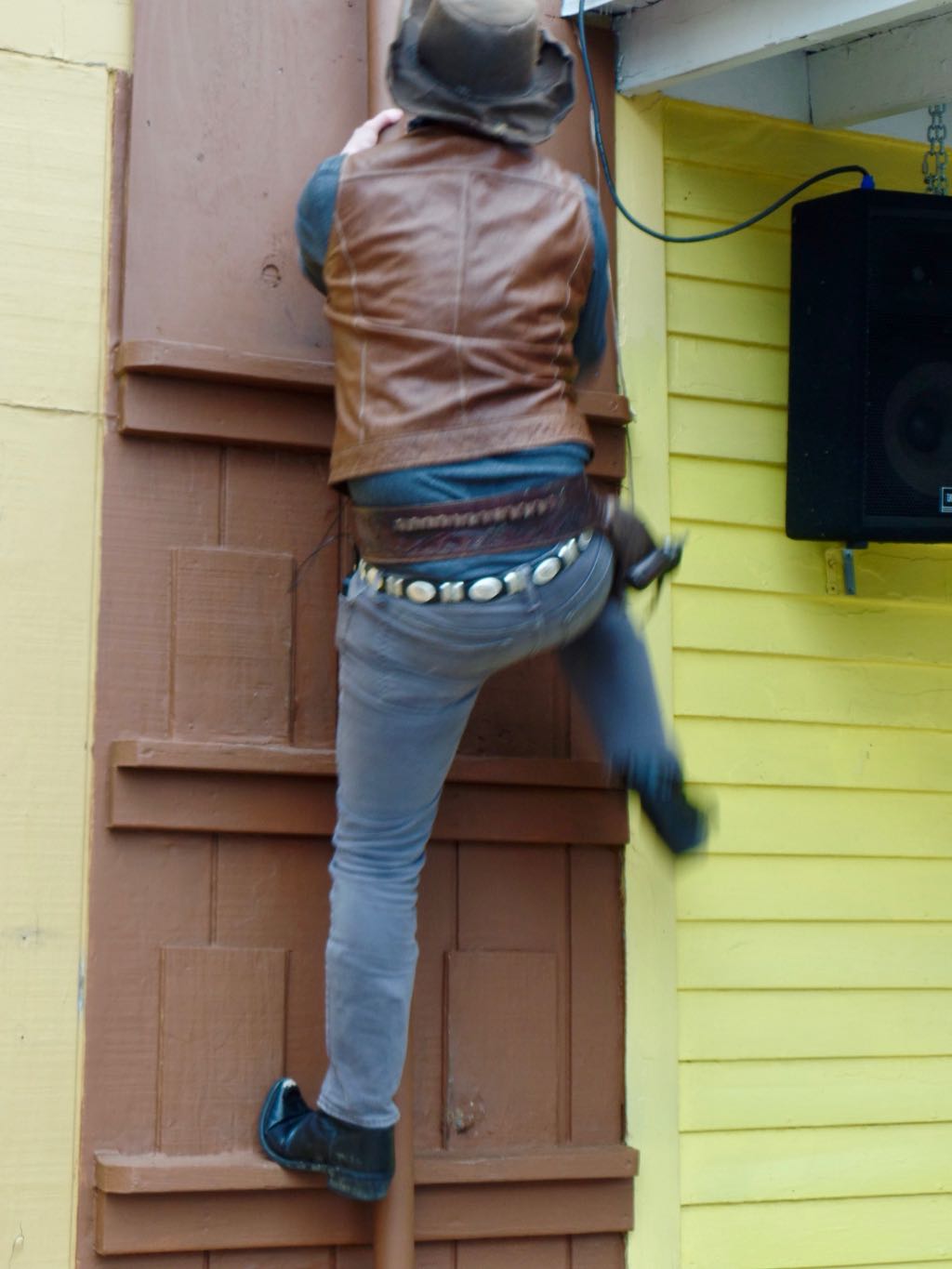 Oh, climbing up those wall slats that happen to be spaced like you'd use for a ladder, that's a clever idea. 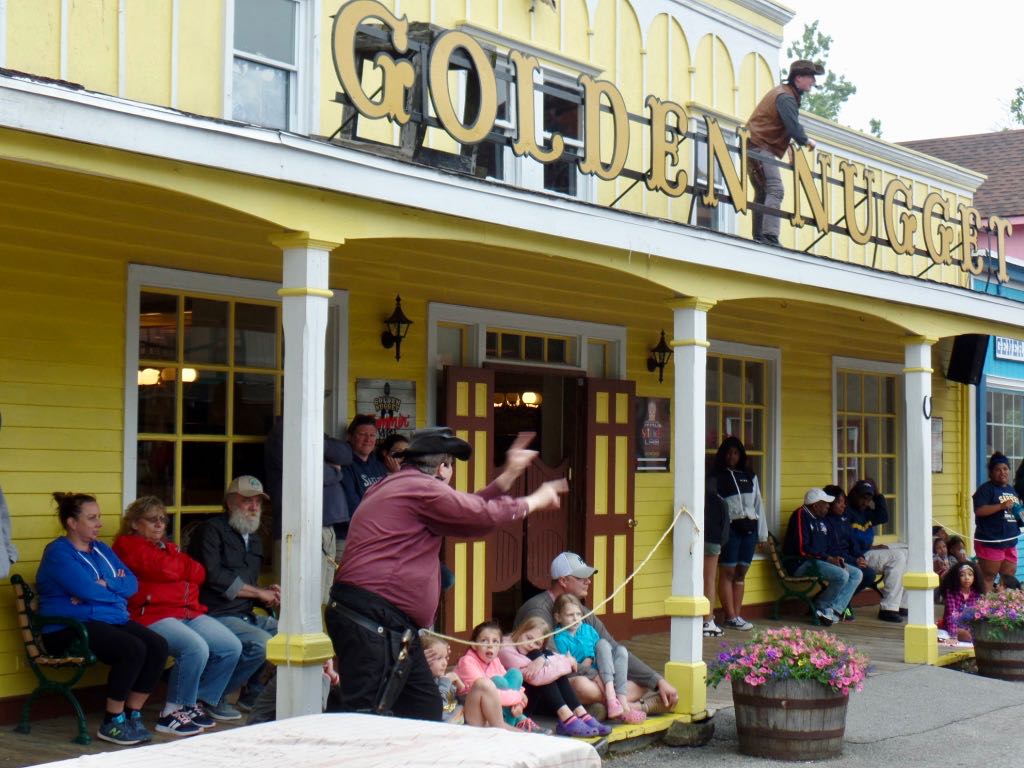 Oh, see, now that one's up high there'll be no stopping the bandits! 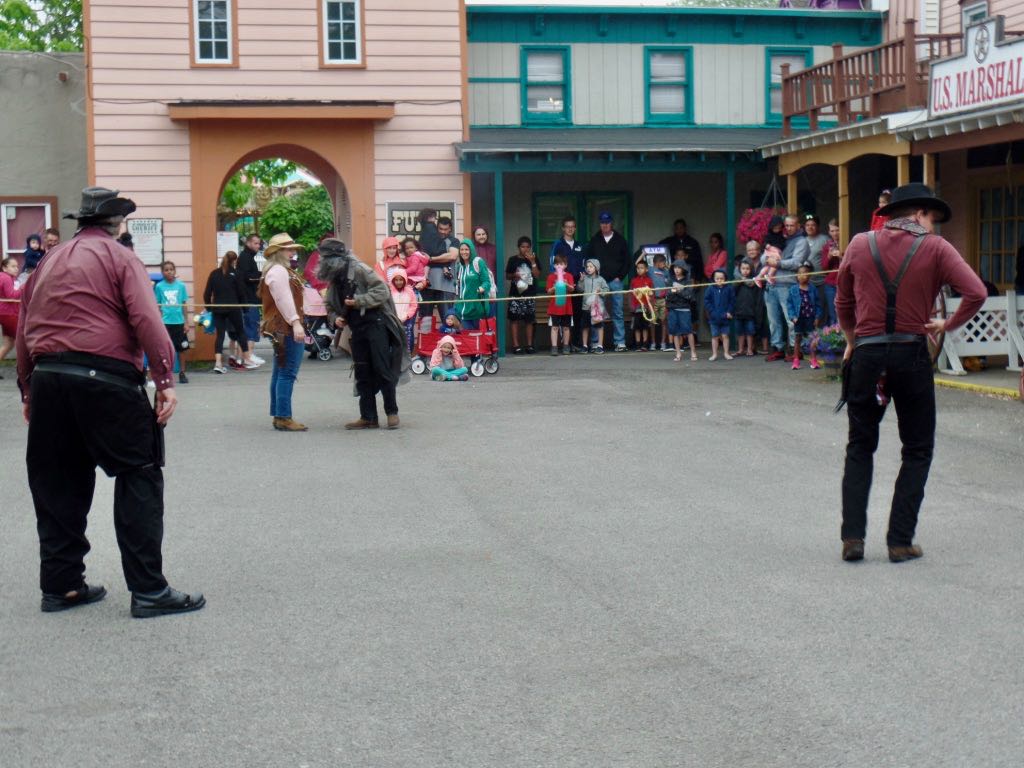 I feel very safe standing in front of the old guy with his shotgun like this! 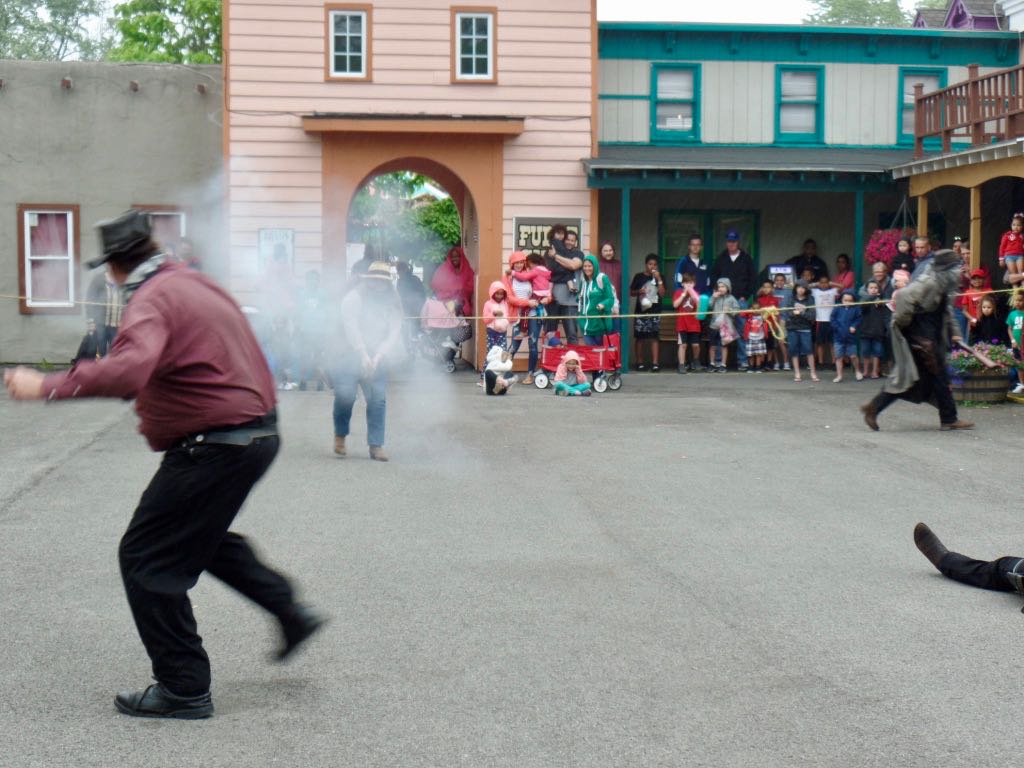 Nobody told me the Deputy had a gun too! [ Falls over. ] 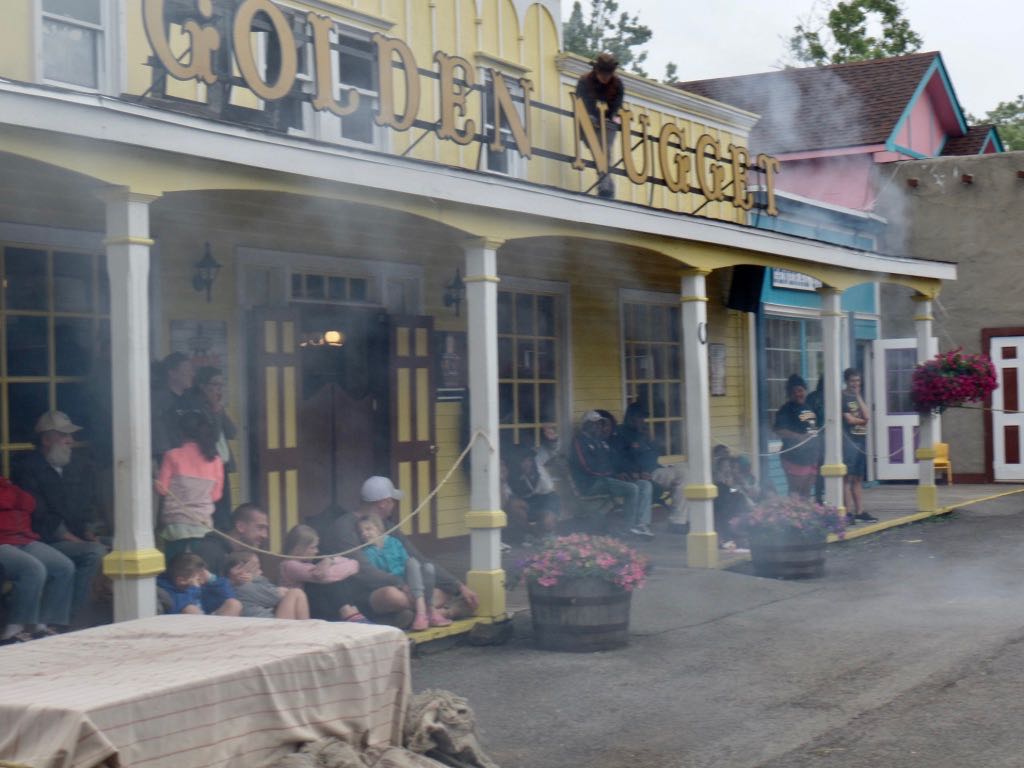 The shootout's getting intense, and the bandit on the roof comes to the aid of his fallen comrade! 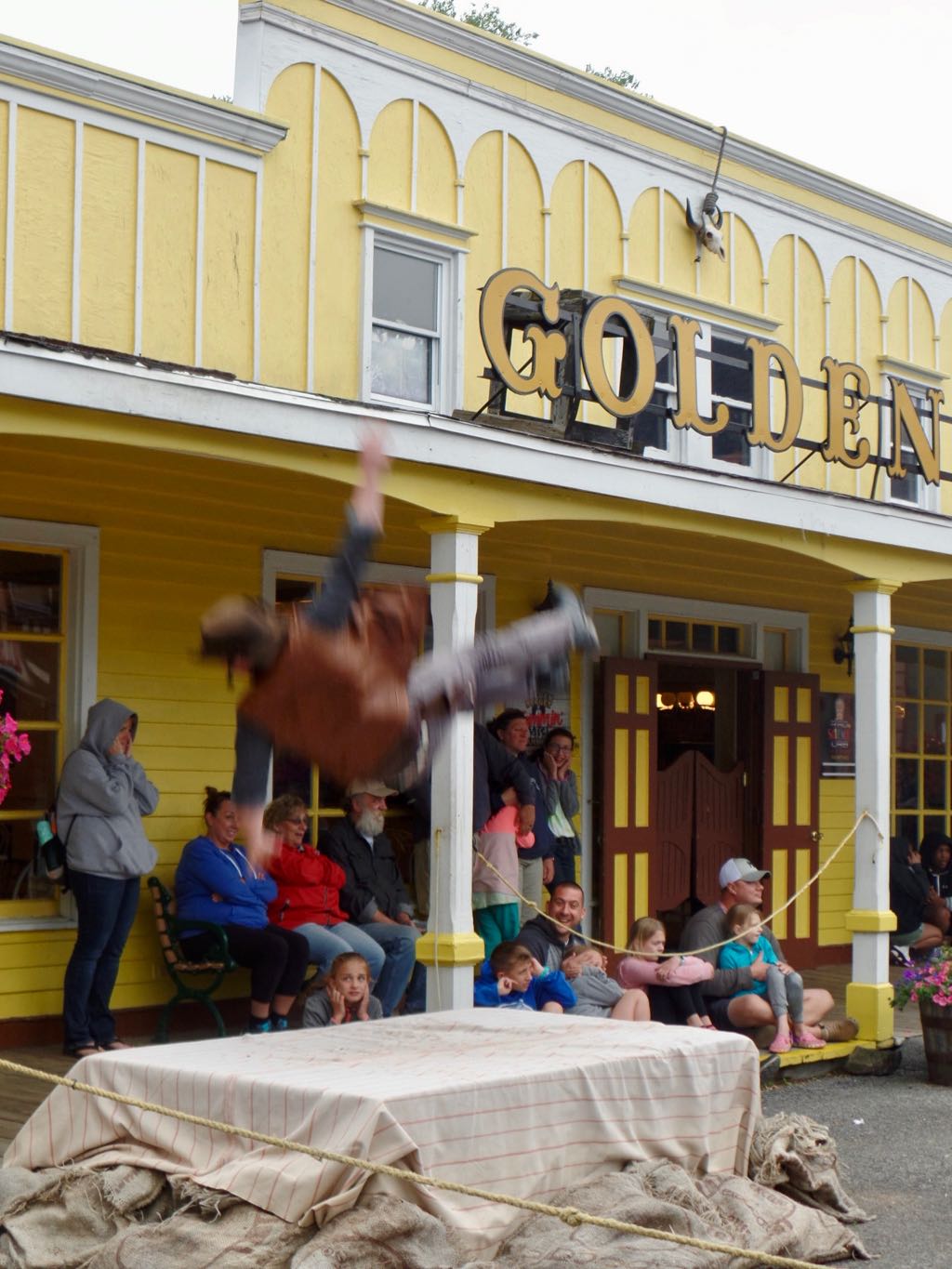 Whoops! Oh no, he's falling from the roof --- say, it's lucky there's that pile of mats there! 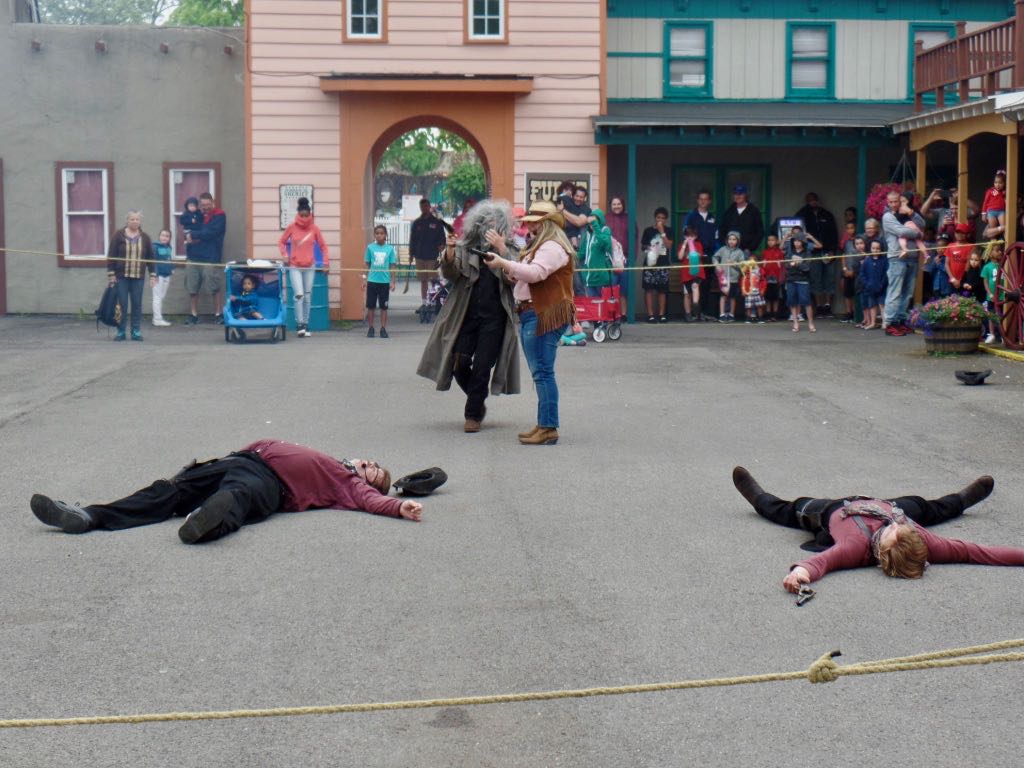 And success! Thanks to a bunch of white men having guns, nearly all of them are now dead! 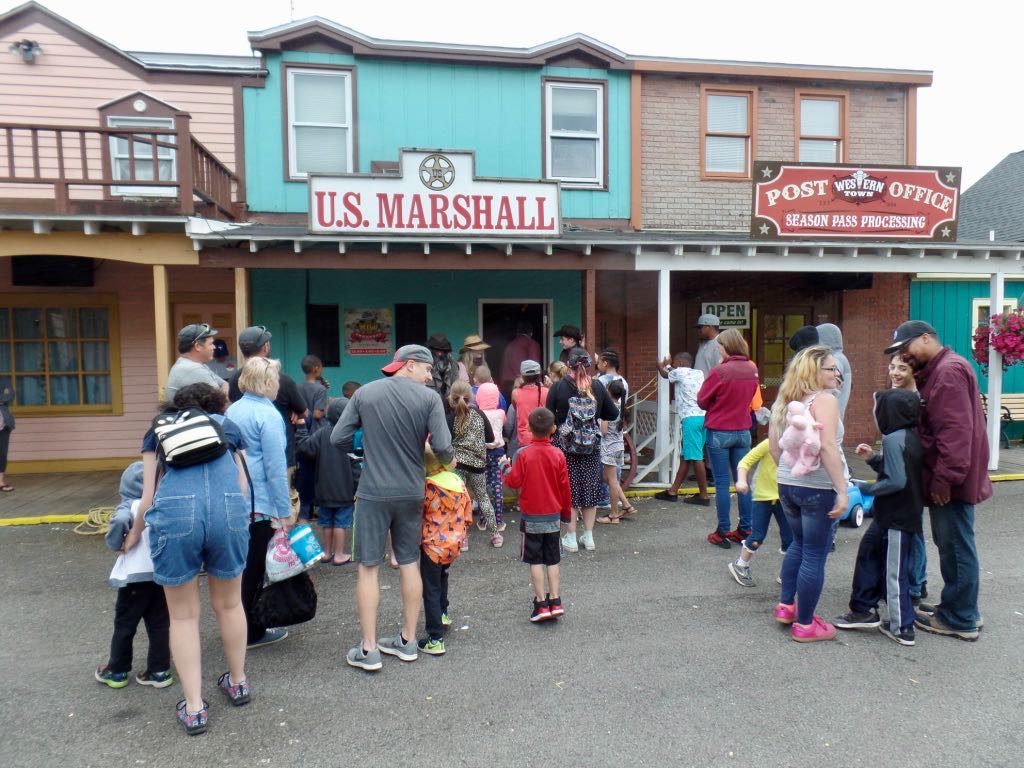 And after the show kids are invited in to take the sheriff's pledge and get a tin badge and that sort of thing. 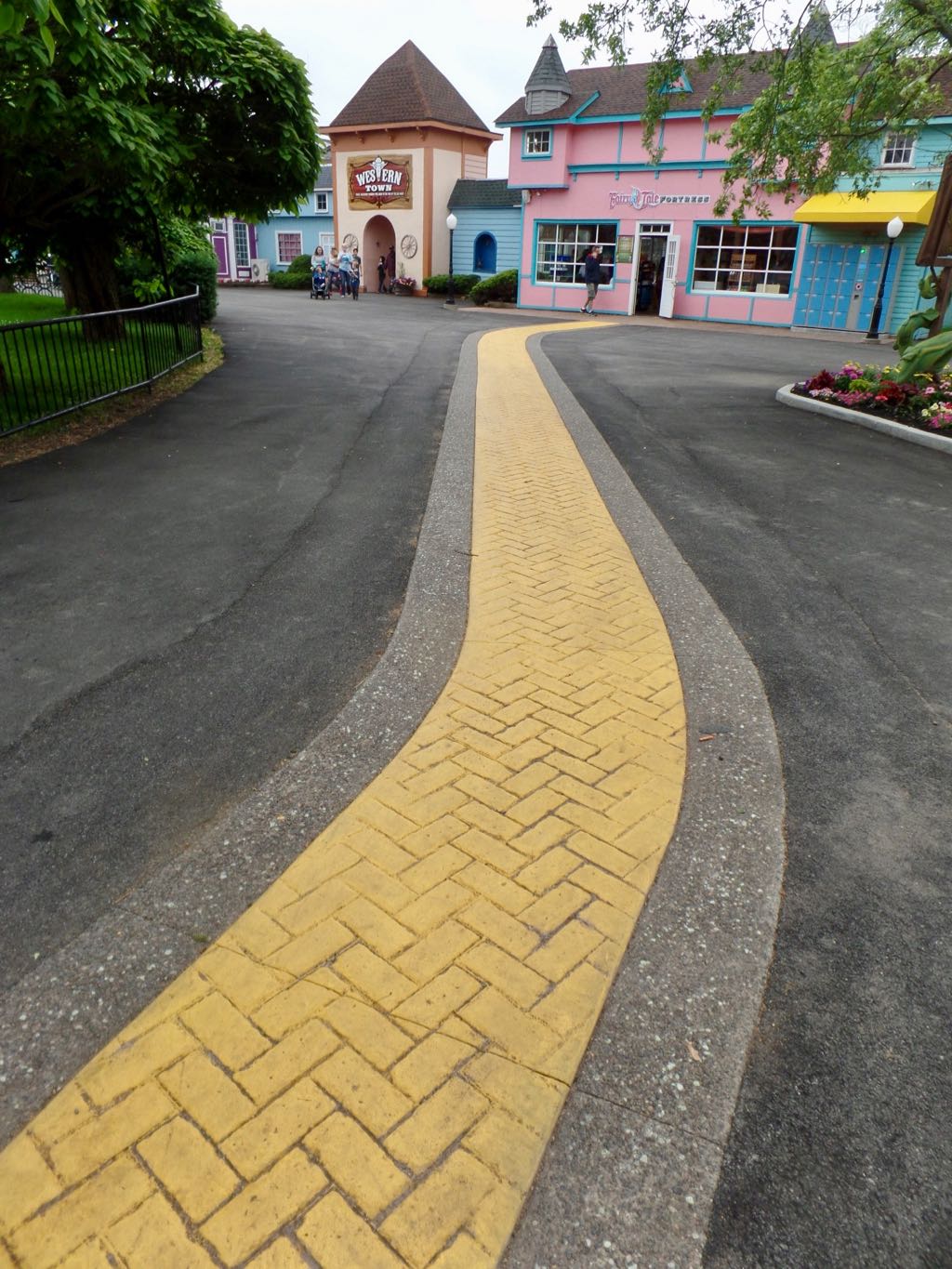 Back out into the park. Here's the Yellow Brick Road, leading from the Fairy Tale Fortress into the fairy tale area which, Wikipedia says, they only established in 2018. I assume they moved together and re-themed stuff that was older, since it looked more than a year old when we visited. 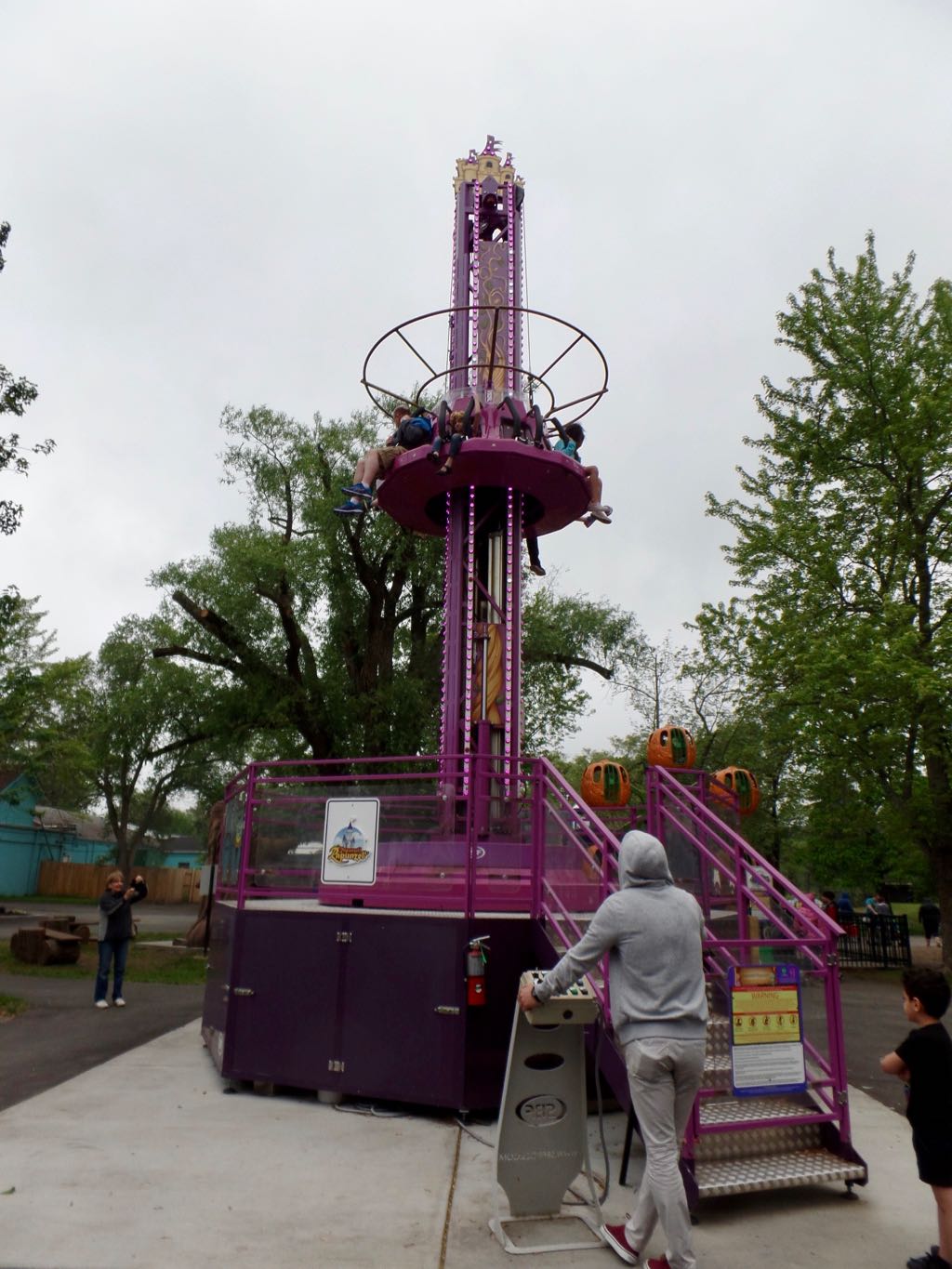 Rapunzel, a miniature drop ride that's part of the Fairy Tale section of the park.

Trivia: Nicotine does not appear to be directly responsible for the health problems caused by smoking. Source: Oxygen: The Molecule that Made the World, Nick Lane. (This is why nicotine patches are reasonably safe ways to control a smoking habit.)

PS: My All 2020 Mathematics A to Z: Imaginary Numbers, a piece I figured would be a tight 1200 words and spilled out to, like, a jillion.