I can see the lights of a little town

We have a working pinball machine!

Our Tri-Zone, a 1979 Williams early-solid-state, hasn't been working in ... nearly a year. Turn it on and the game would spew a set of numbers on the score displays and not start up. The most likely cause, according to our research, is that acid leaked from the AA batteries we failed to ever change, and this fried one or more boards. And we'd left that as ``something to get looked at'' later on when the pandemic hit and getting house calls became ... something for higher-priority stuff than a pinball machine.

So I mentioned our Tri-Zone wasn't working, on Mastodon. Dan (whom we'd met in person, and was one of the pinball techs working Pinburgh previous years, including the Women's Invitational Pinball Tournament last year) said oh, his Tri-Zone too! Was it the drop targets? (Which are always breaking down, on Tri-Zones.) No, and I described the problem and he gave me a fresh diagnostic: when a System 6 fails startup, the display is the game's model number indicating blank or corrupted memory. He advised ``turn it on ... give it a few seconds, then flip the power switch rapidly off/on once and it should boot up''. This wasn't quite enough, but a couple rounds of this, plus new AA batteries, and going through all the operator setup options --- not changing, just seeing them --- did the trick!

The sound did't come back, but our sound was always going out anyway. We suspect a loose connection somewhere, and it's possible that in fiddling with the sound dial I left it on 'too soft to hear' anyway. And actually playing the game sometimes brings the sound back too, so, we'll see!

Prowl around the Seabreeze some more with me, please. 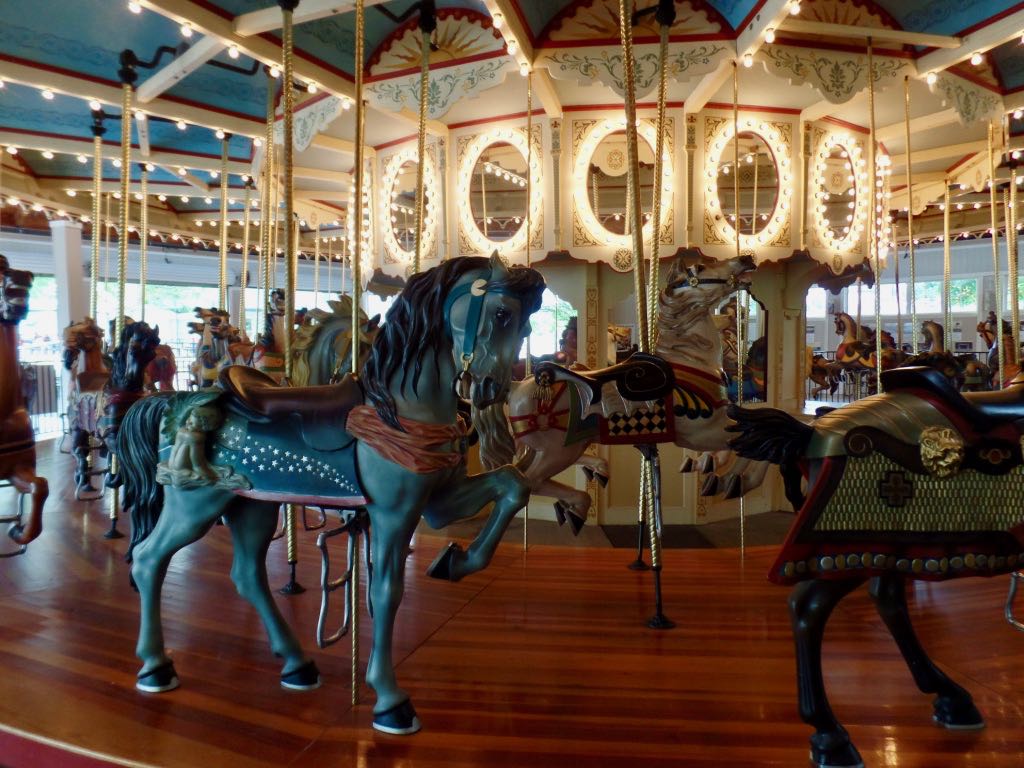 The carousel, as seen looking out onto the park (look at the left). 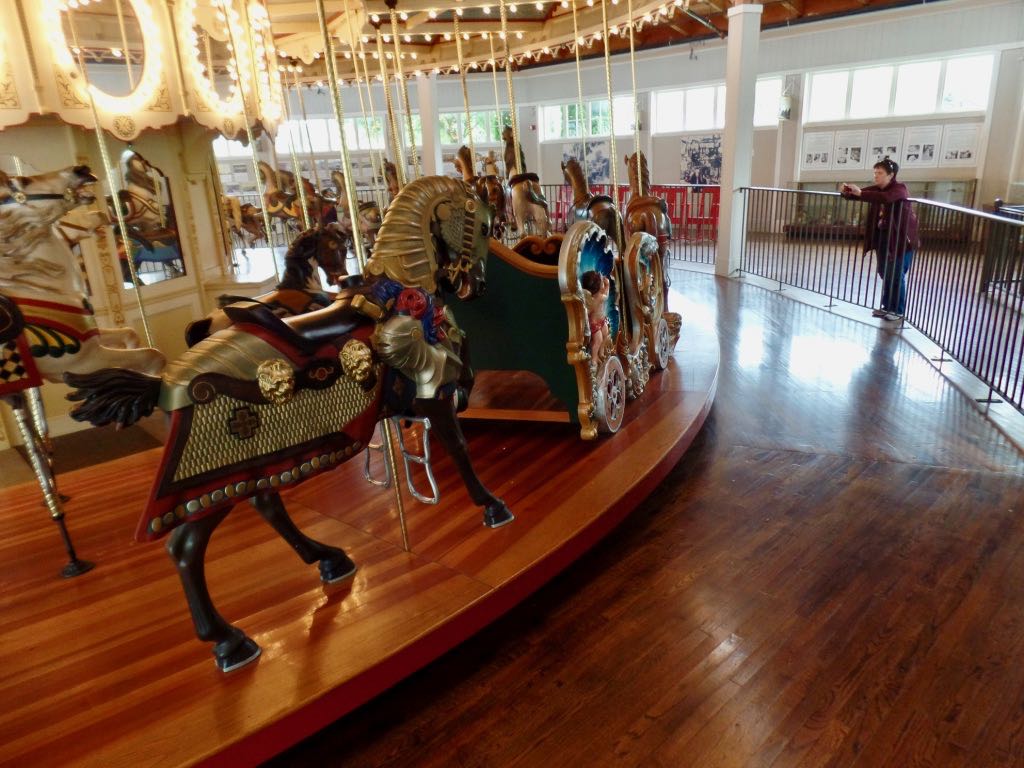 bunny_hugger getting a picture for her own carousel calendar, perhaps. 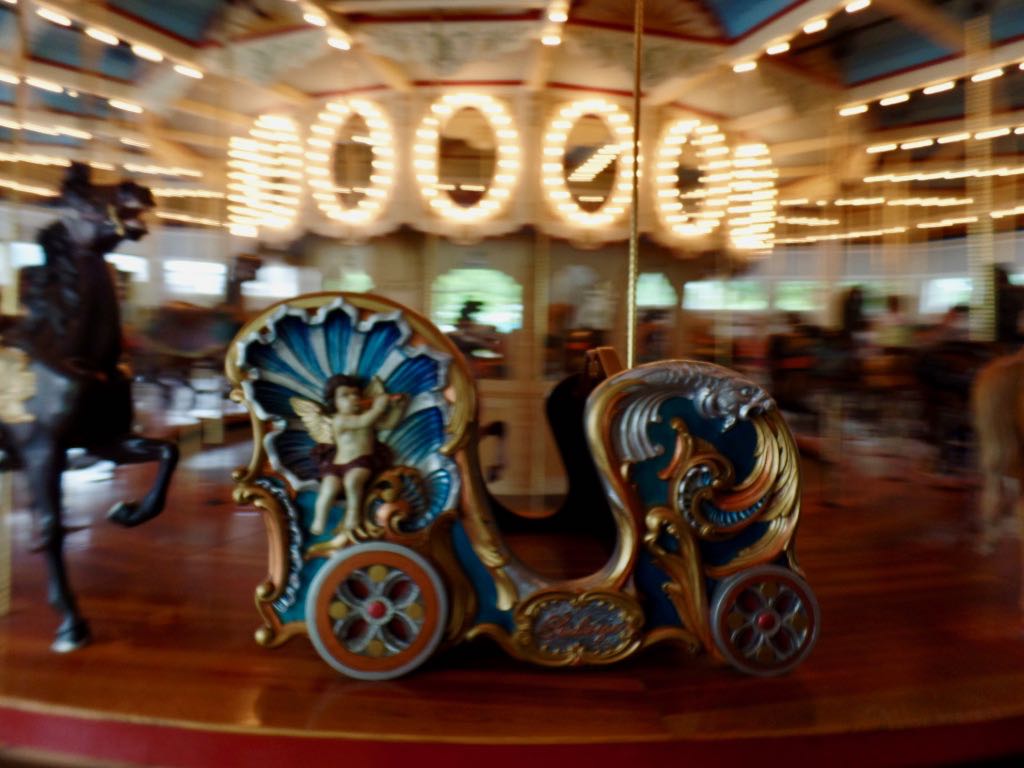 Picture of the chariot taken while the carousel's at speed. Came out not bad for only trying this on one cycle. 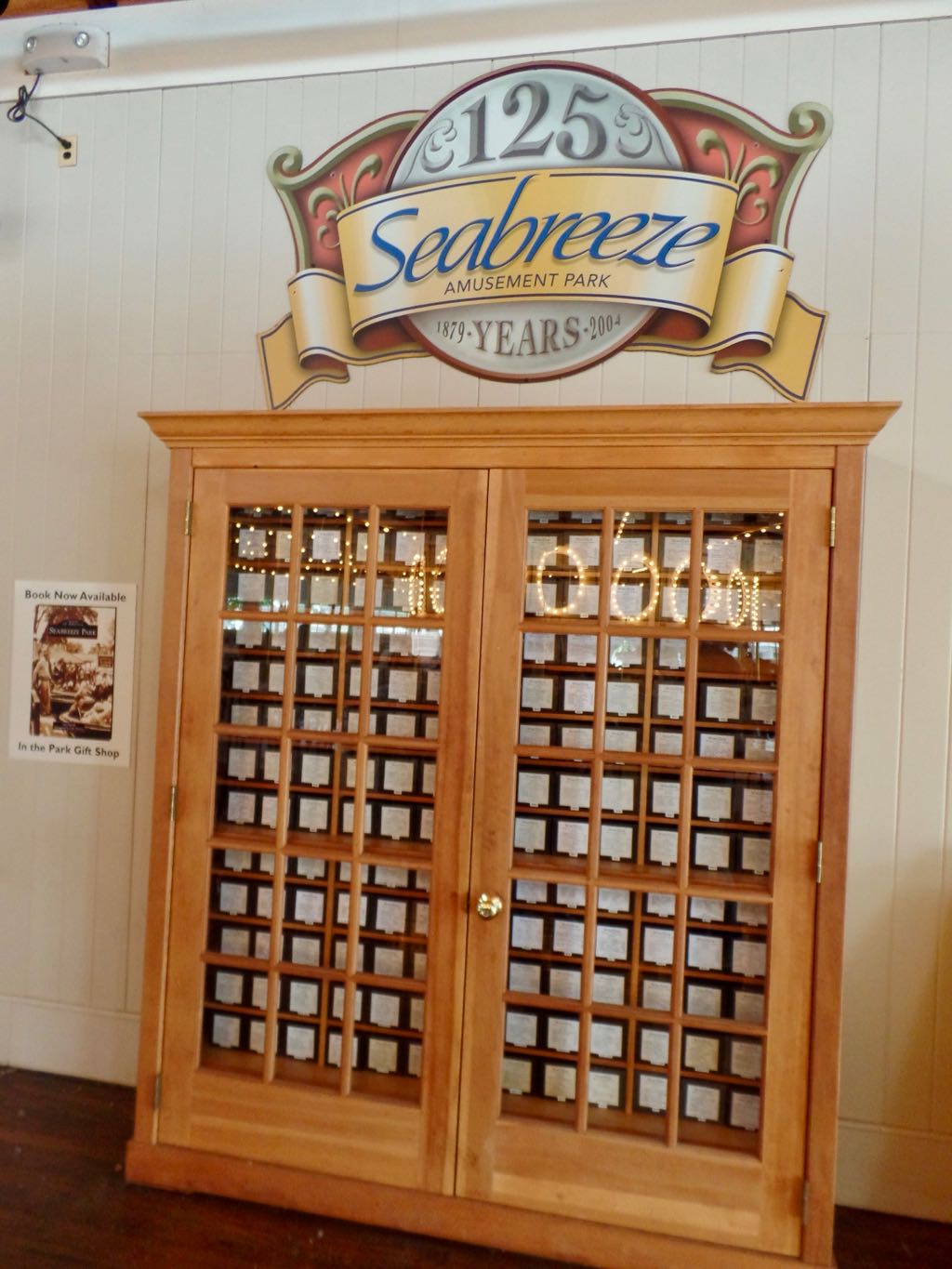 Seabreeze takes pride in its collection of band organ music scrolls and here (some?) are on display. 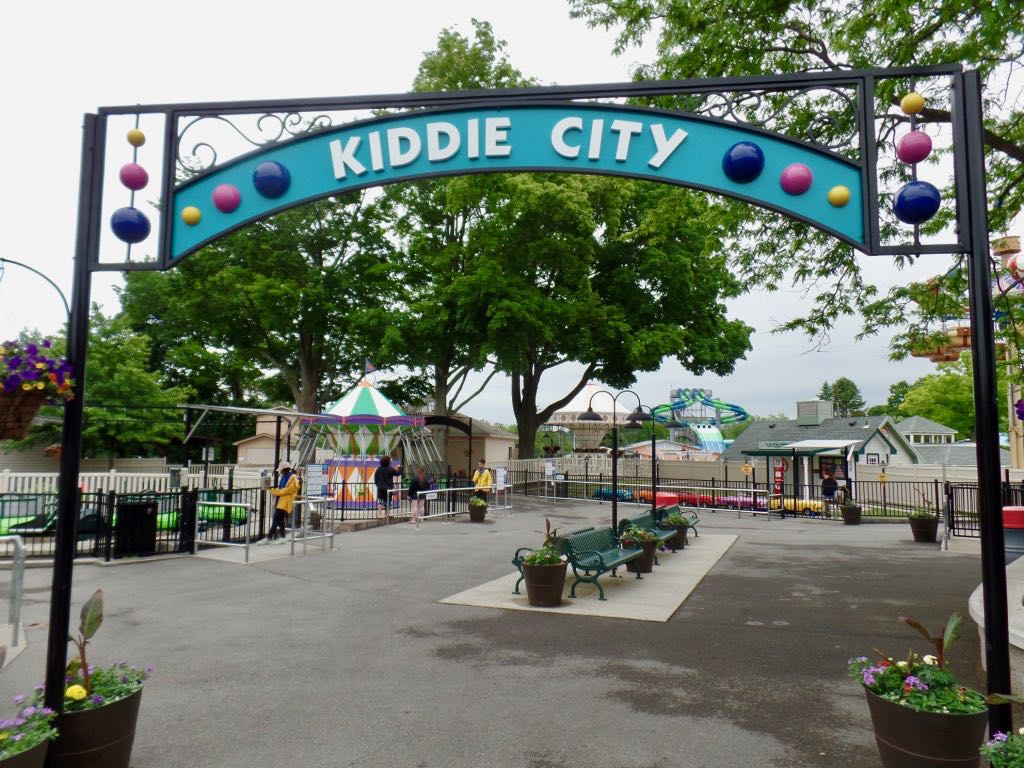 Kiddie City, the kids themed area, where none of the rides were anything close to rideable for us. You can see how it was not a hot day from how the ride operators are dressed and how nobody has anything to do. 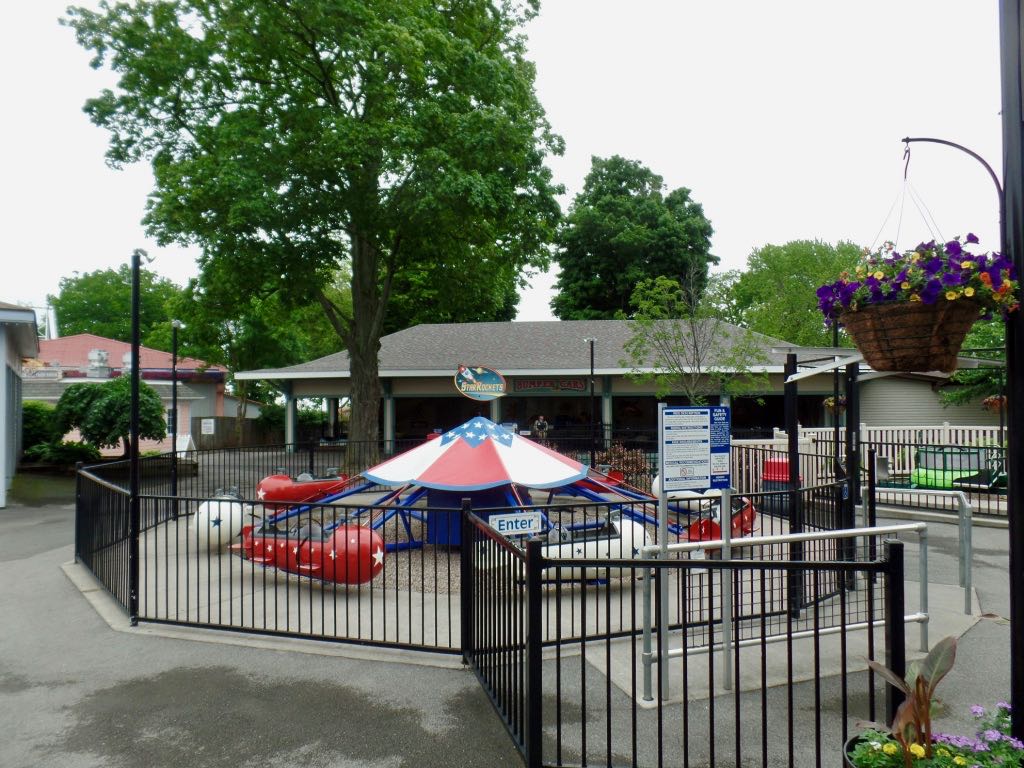 Star Rockets, one of the Kiddie City rides. I'm ... not sure why this picture seemed important. 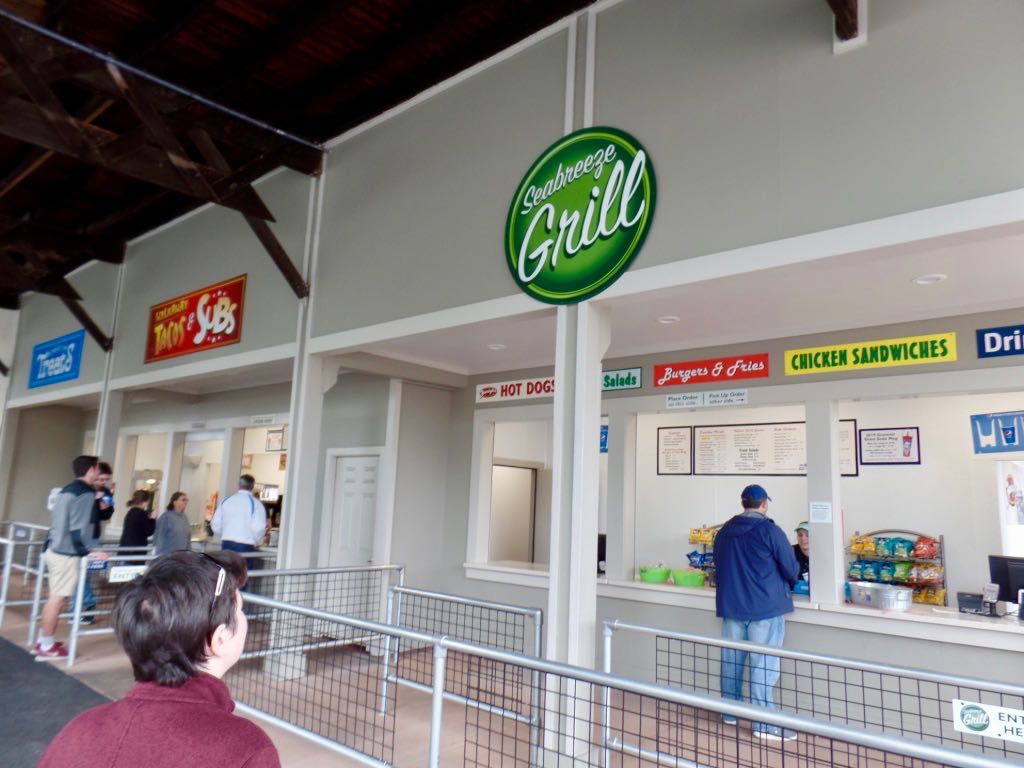 Lunch! The Seabreeze Grill had vegetarian burgers. Garden burgers, if I remember right, which is not our favorite. But it's great to have something vegetarian at an amusement park that isn't pizza-or-cheese-fries. 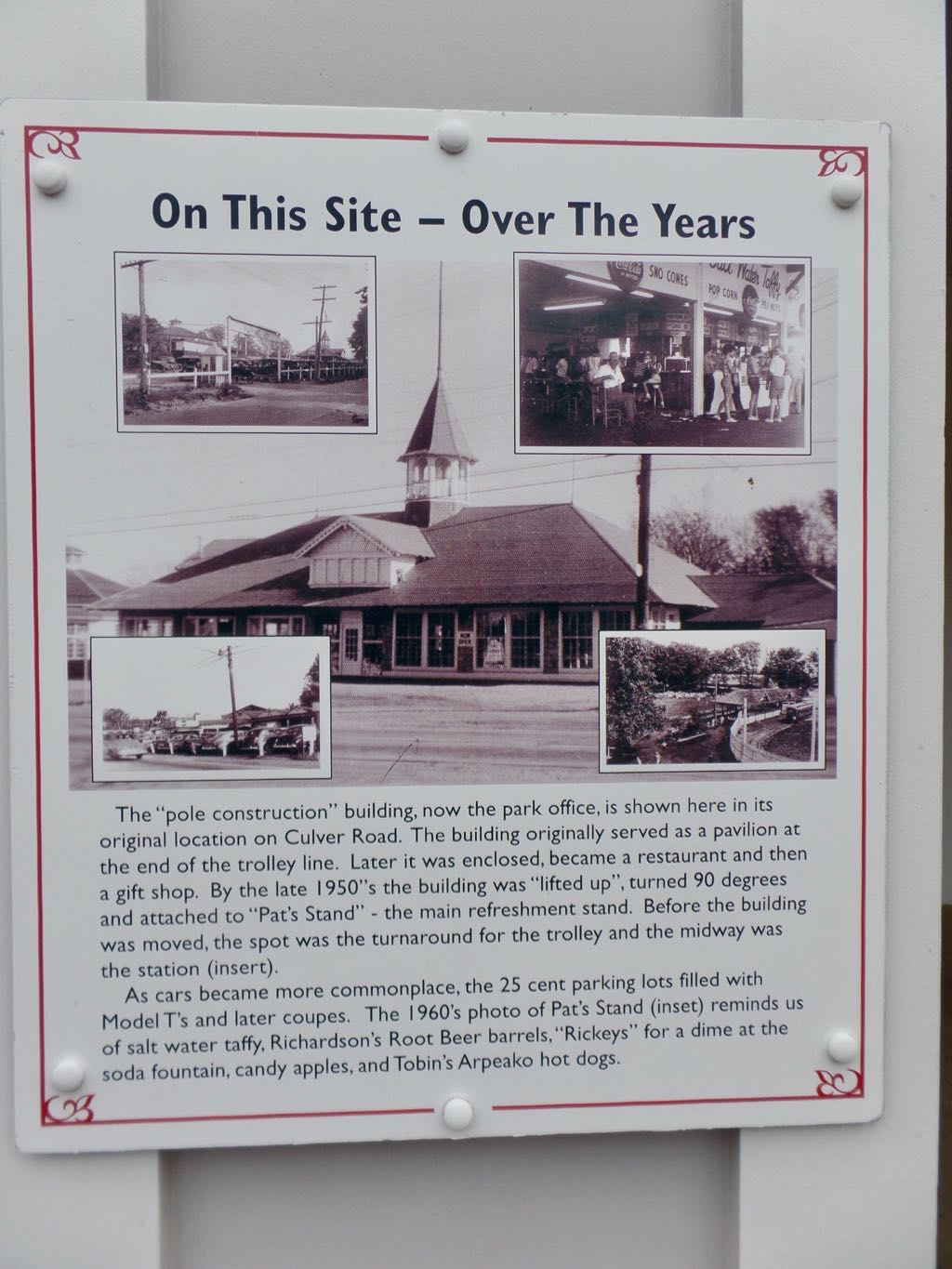 Fresh historical marker: the park office used to be at the end of the trolley line and got relocated to be part of the main refreshment stand. Neat. 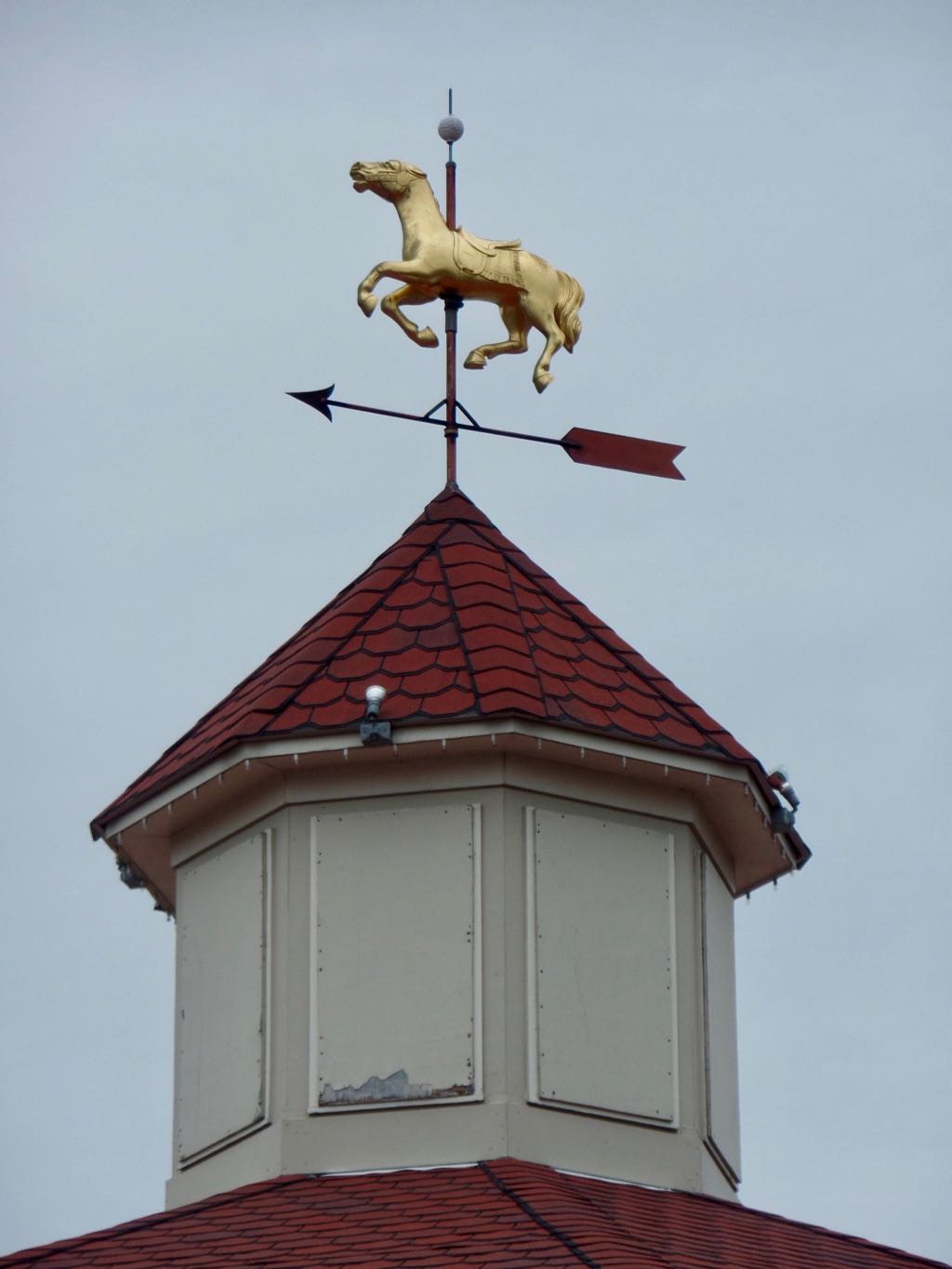 Golden horse at the top of the carousel building. 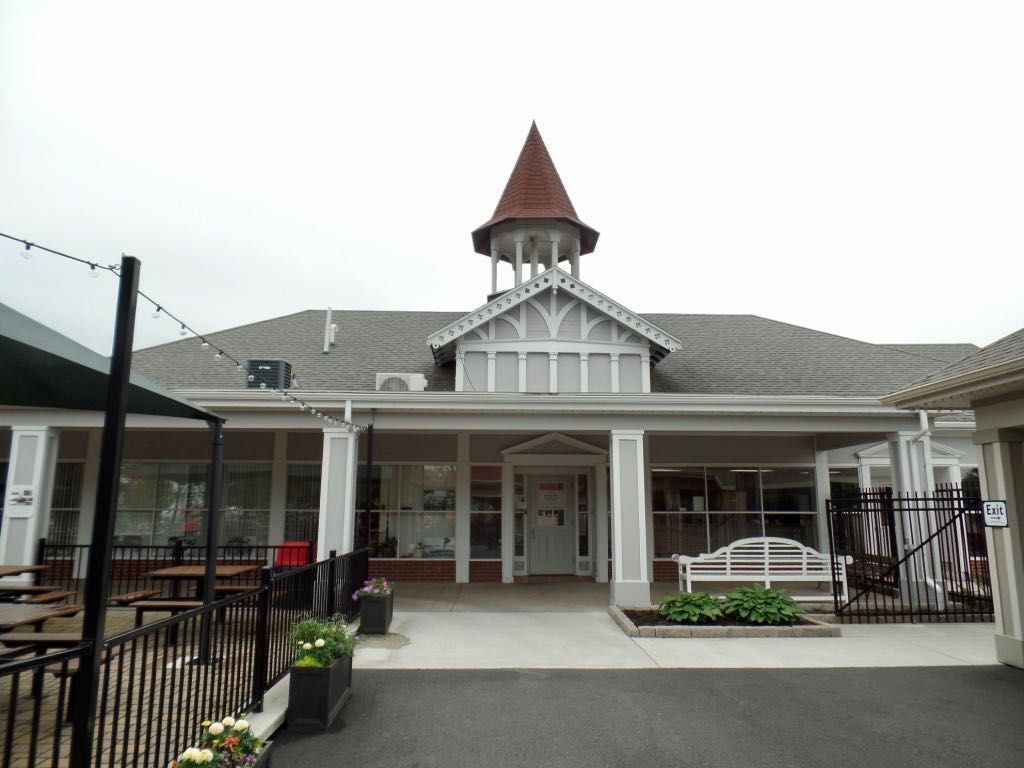 And here's the park office, formerly that pavilion at the end of the trolley line. Also the other exit to the park, not at all needed that day. 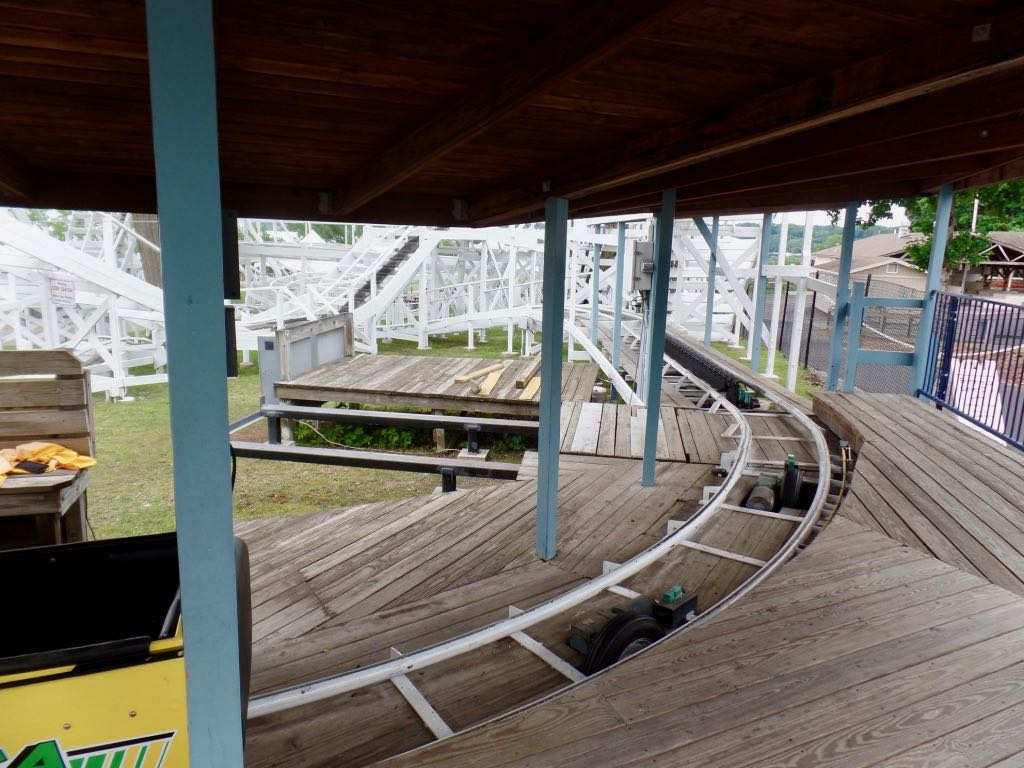 After lunch we returned to the Bobsleds; we rode that at least four times over the day. 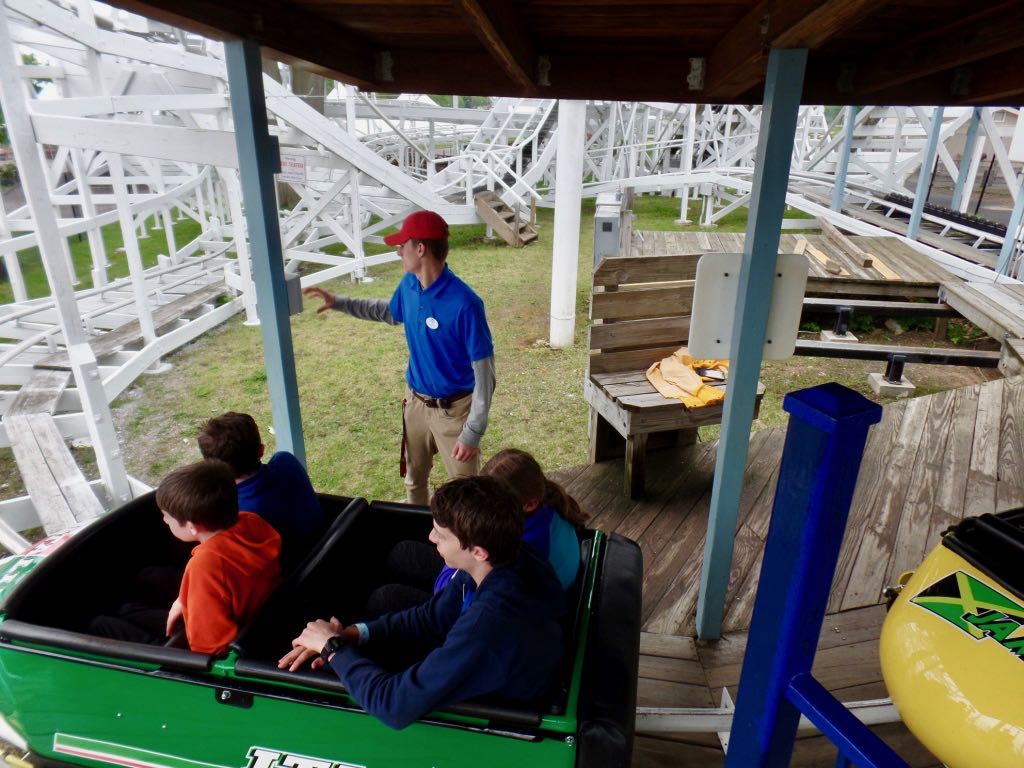 Ride operator dispatching a Bobsleds car. And about the best view you can hope for of the path of the small but very fun roller coaster.

Currently Reading: Computers In Spaceflight: The NASA Experience, James E Tomayko. NASA Contractor Report 182505. Which I think I've maybe read before, but it's been ages if I had so let's just roll with this.