Where a man can find peace and get all he needs; It's my home and I call it Seabreeze

I'll spare you the stories of what's going on in life and just tell you about my humor blog instead, which if you like you could follow by way of this RSS feed. Enjoy, please.

And now to the final pictures of Seabreeze Park, June 2019. Did we get our night view in? Watch for the surprise conclusion unless you already read what happened when I reported on it back fourteen months ago. 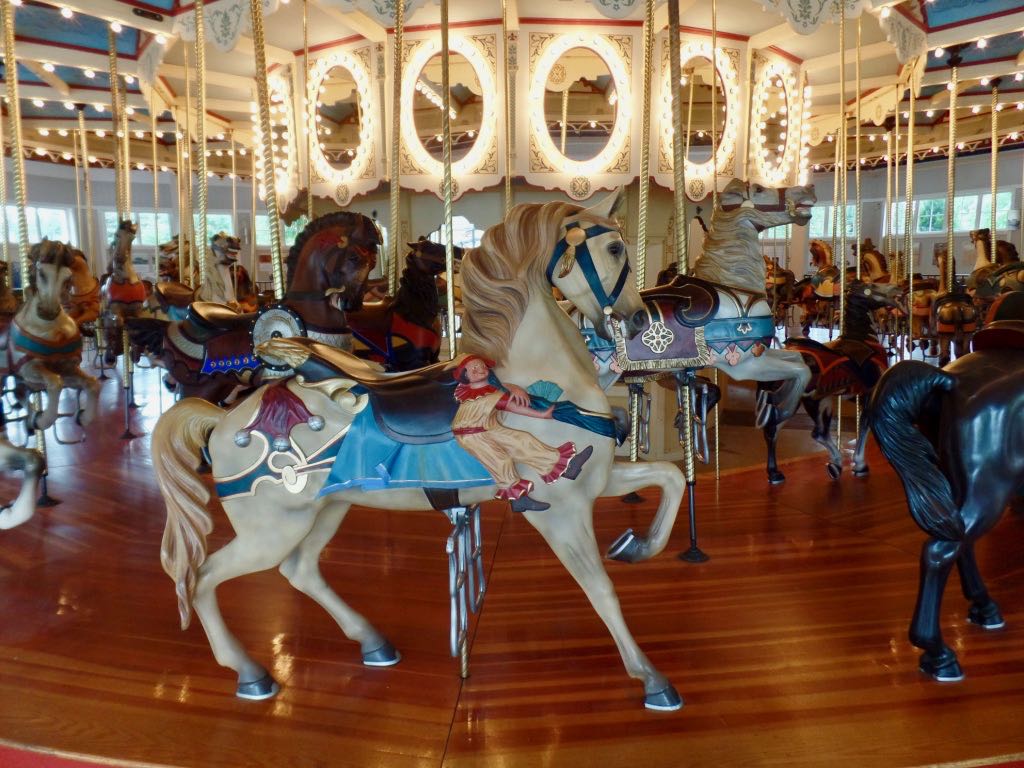 Back to the carousel. Here's a horse with a clown hanging on, which is great. 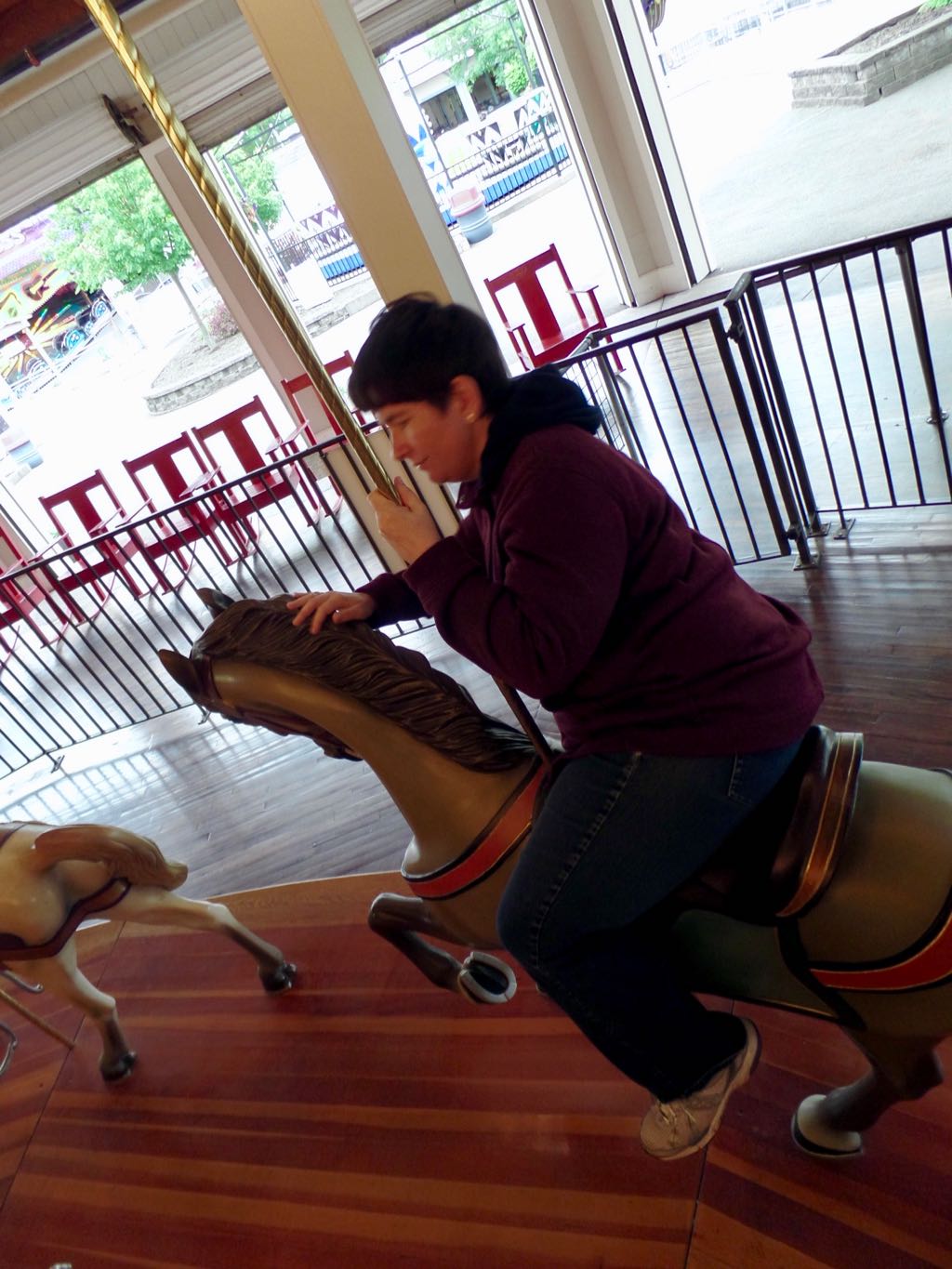 Not great: shortly before 6 pm an employee asked if we were aware the park was closing, citing a storm front moving in. If we had known that Jack Rabbit would take riders until 6 pm we'd have run for that, but we didn't, and so we hopped on to the carousel for a last ride on it. 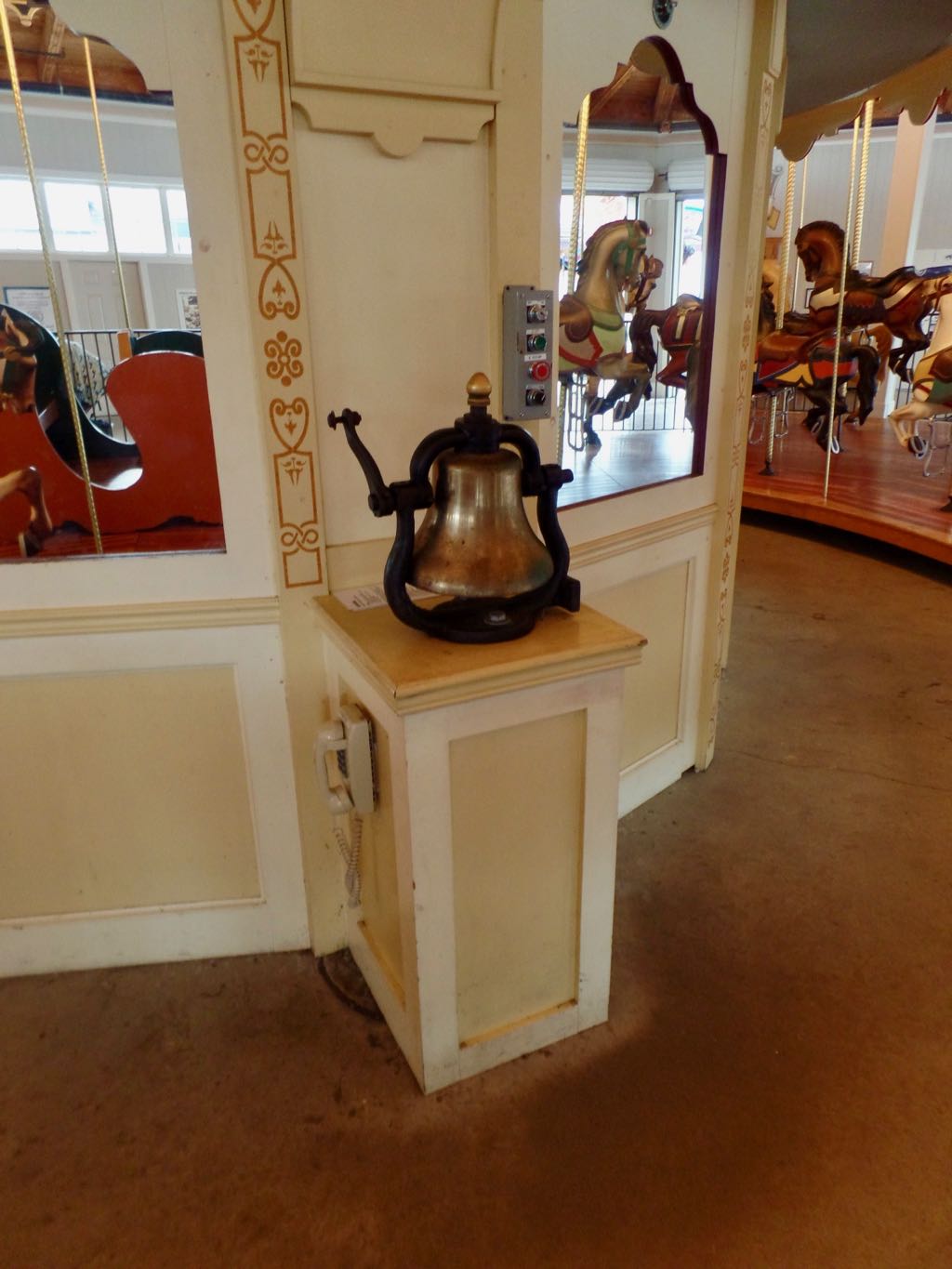 The bell that sounds for the start and end of the carousel ride. 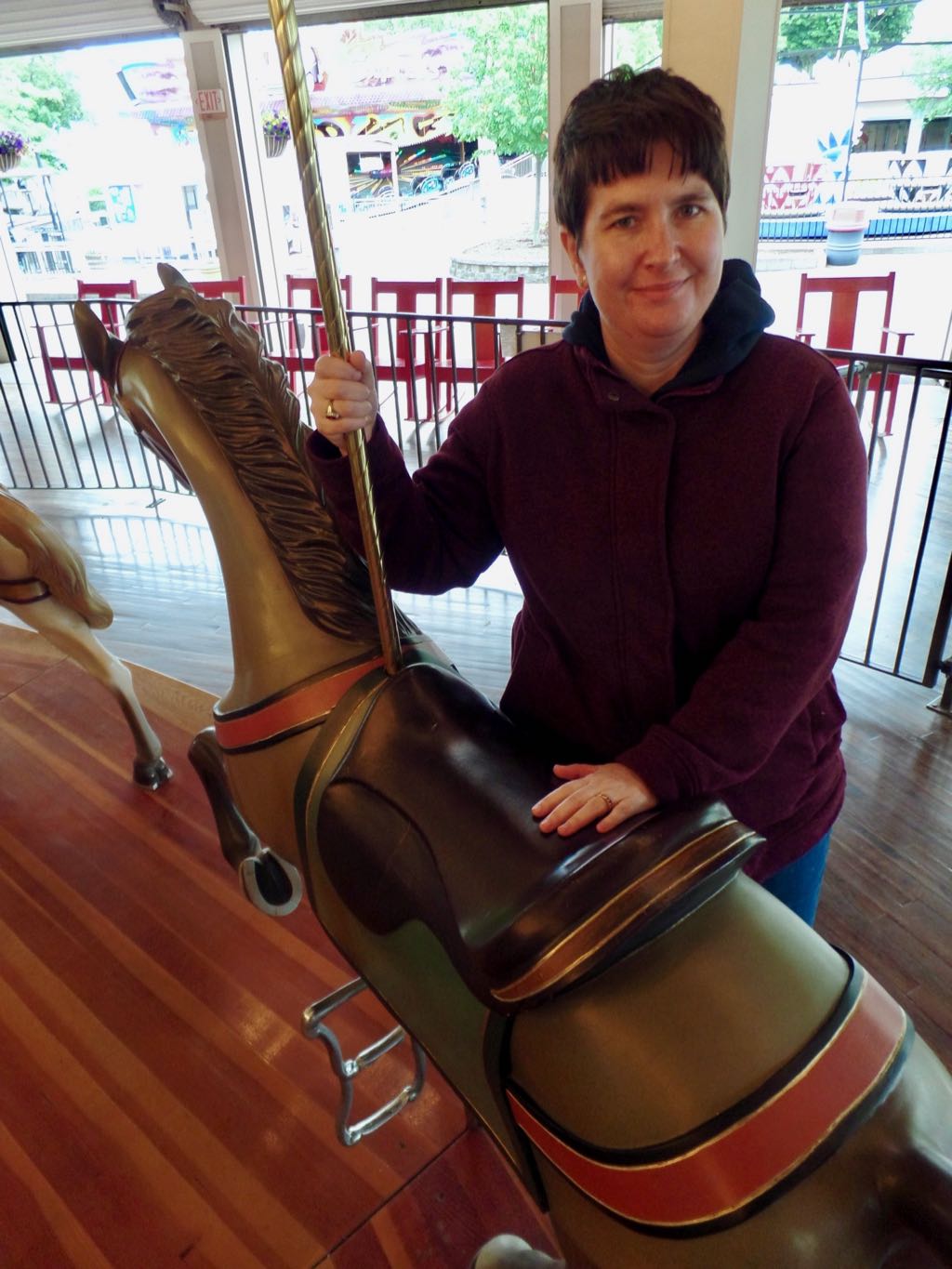 bunny_hugger beside the horse she rode for our last Seabreeze ride. 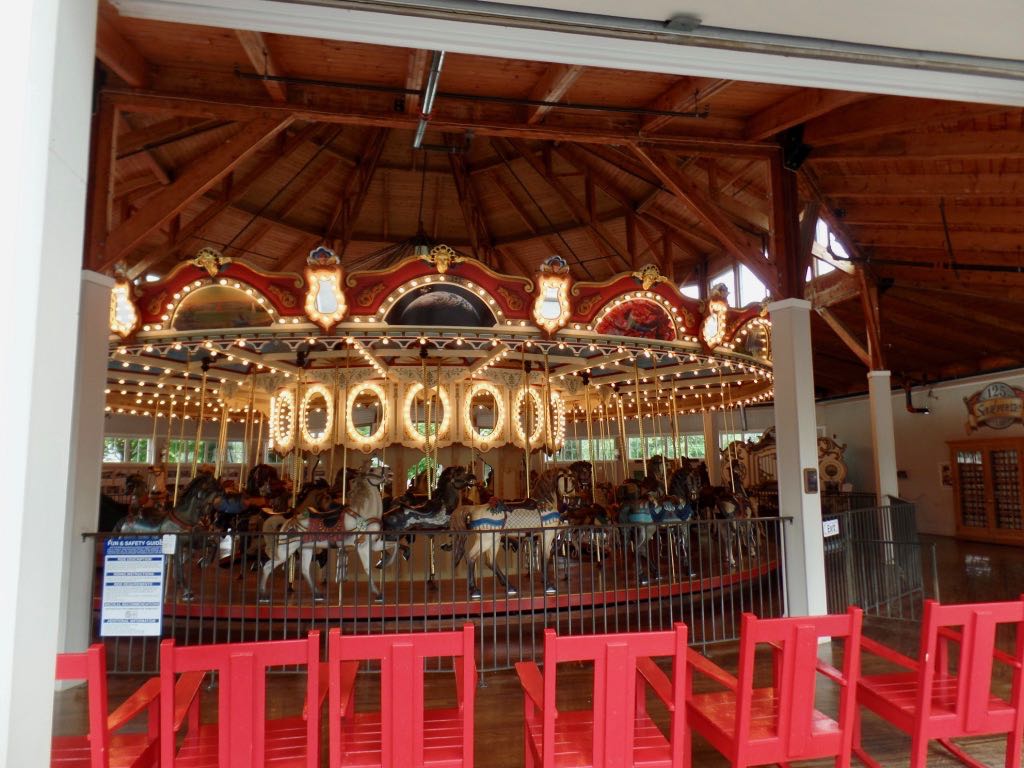 A last look at the carousel and at the rocking chairs that circle it. 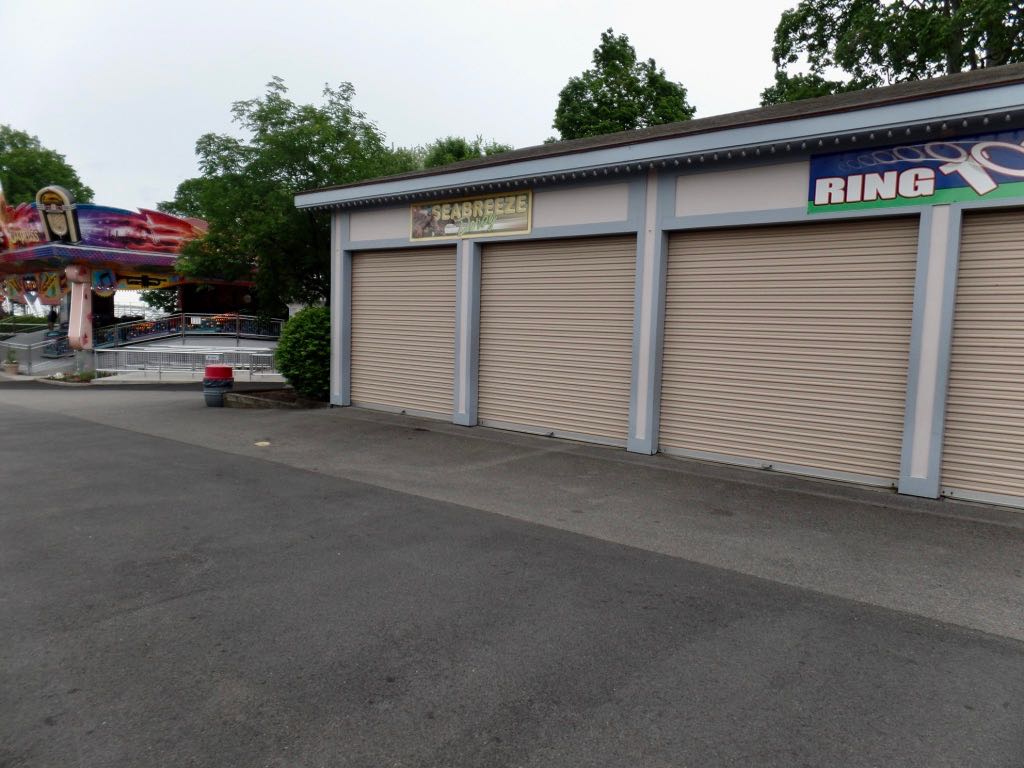 Midway games closed up. We had seen them closed earlier but I failed to think that might indicate the park was closing early. 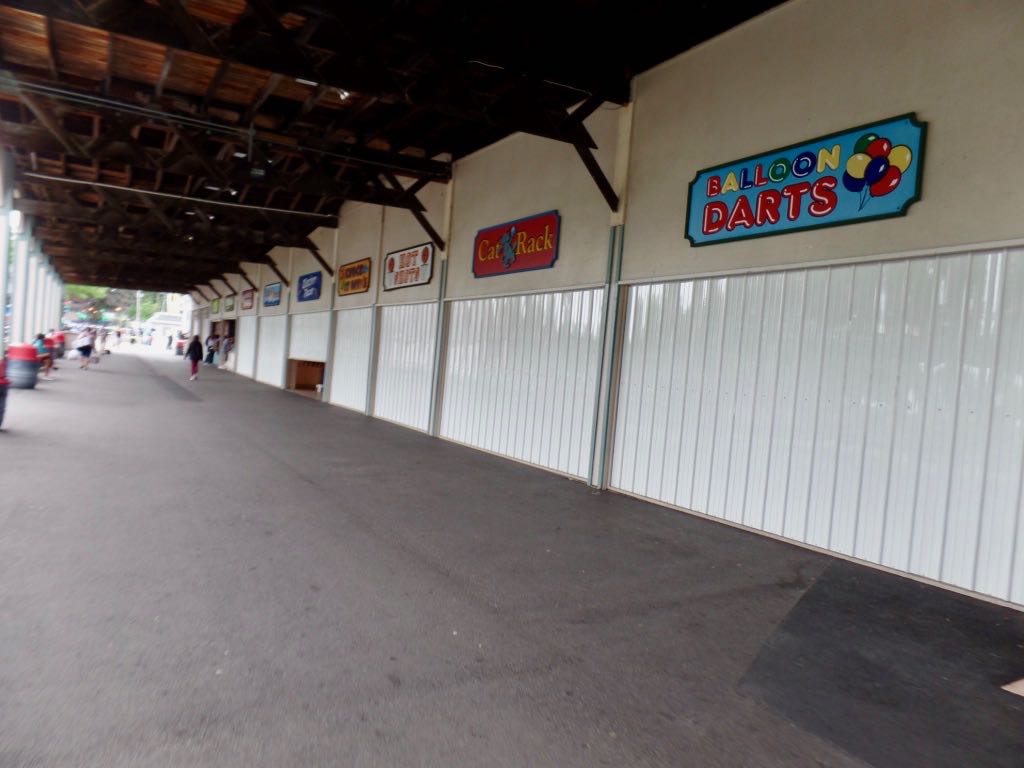 There's still a couple games left open, though, if you want to hurry. 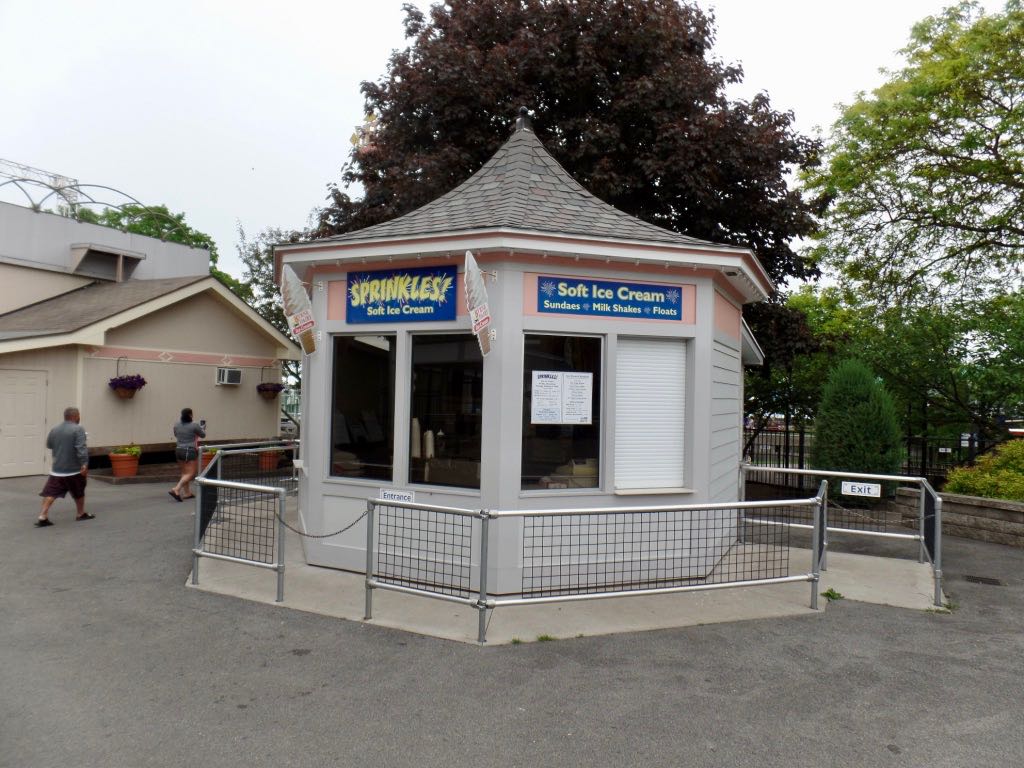 We like the look of this ice cream stand, just inside the park, but didn't get anything that day; I'm not sure it even opened. 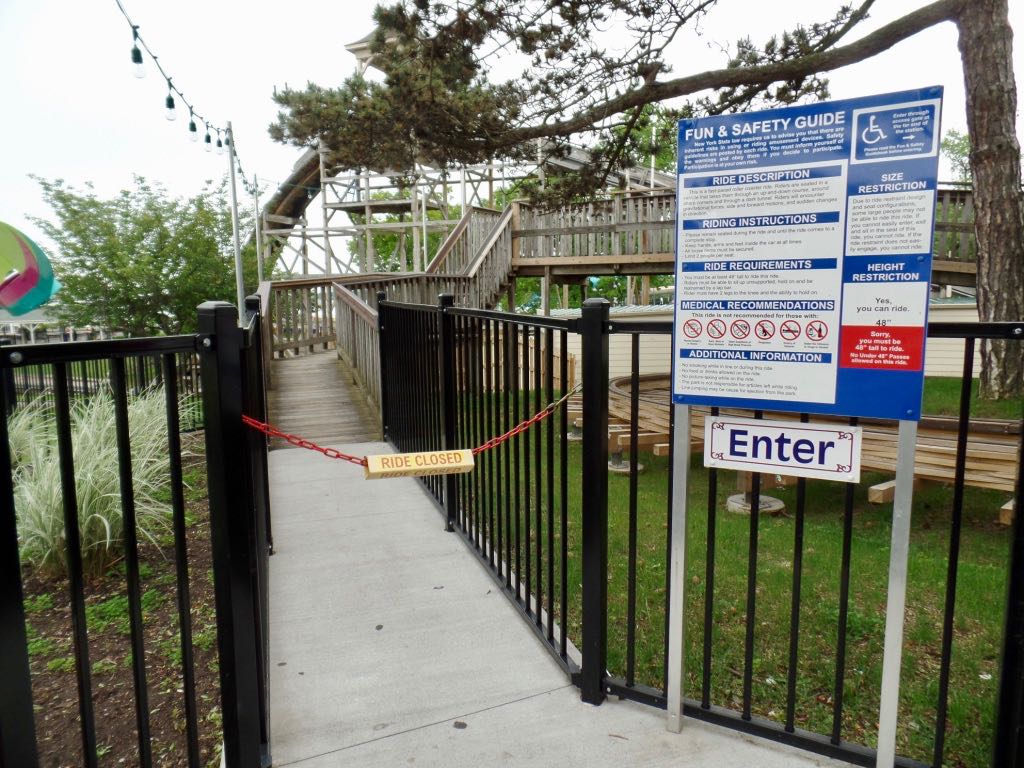 But Jack Rabbit was still running, and was nearby, so I gave it the quick jog to check and, alas, we were too late. 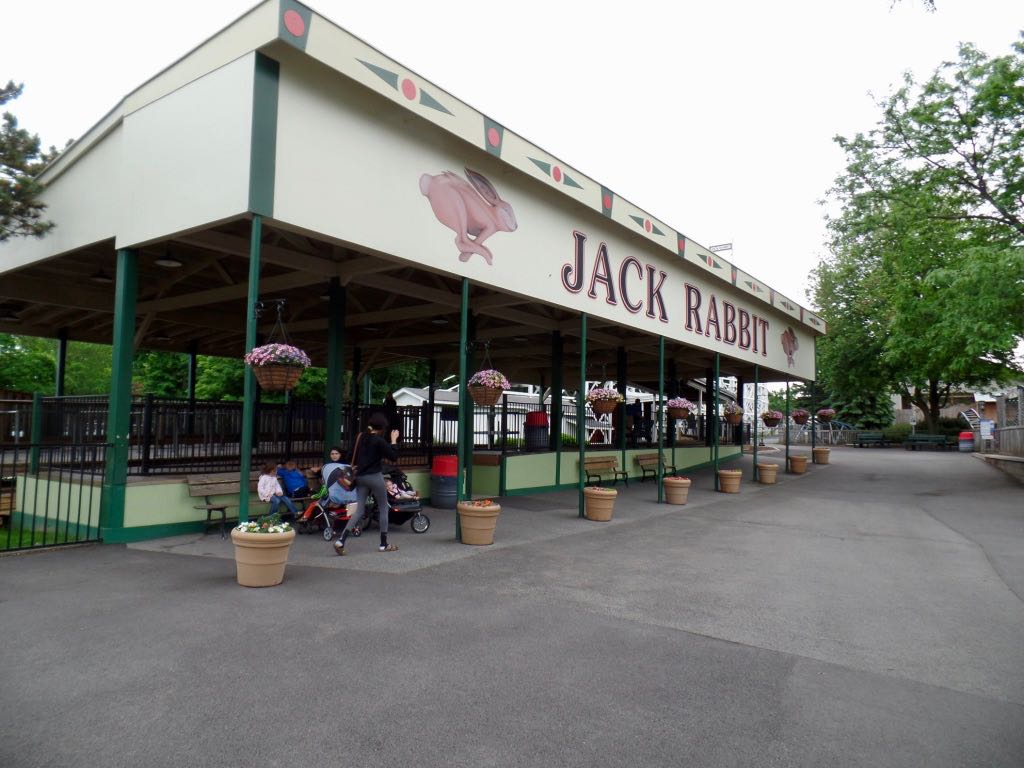 So here's a last look at Jack Rabbit, then in its 100th season. I was already talking about coming back in 2020 for its centennial, it and Jackrabbit at Kennywood, which we'd surely visit as part of Pinburgh. 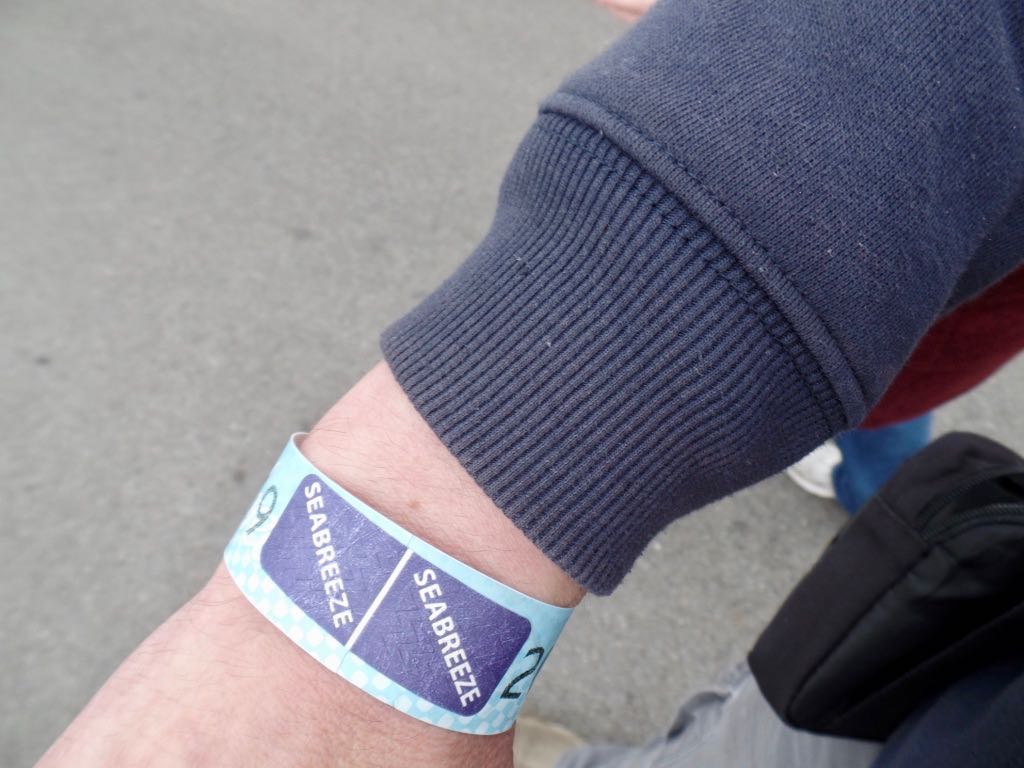 Our wristbands. I like to keep these, where we can, but they were snapping them off to exchange for rain checks. 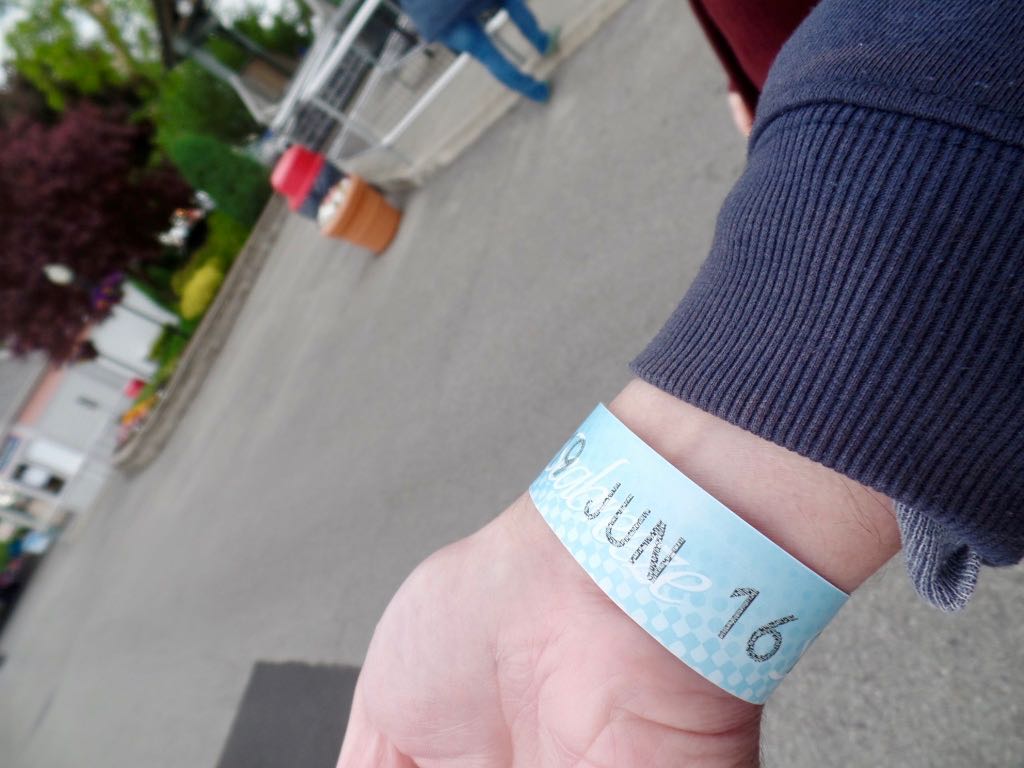 The park employees, including the one we'd been chatting with, talked about how it was all right, we could come back later in the season.

bunny_hugger protested we'd driven in from Michigan and they had to acknowledge, ``Oh.'' We figured we could see the park by night when we returned in 2020.

Trivia: Though Elzie Segar's Thimble Theatre/Popeye popularized the word Goon, Segar did not invent it. In a 1921 Harper's essay Frederick Lewis Allen wrote of ``The Goon and His Style''. ``A goon is a person with a heavy touch as distinguished from a jigger, who has a light touch. While jiggers look on life with a genial eye, goons take a more stolid and literal view. It is reported that George Washington was a goon, whereas Lincoln was a jigger.'' Source: Webster's Dictionary of Word Origins, Editor Frederick C Mish. (The book speculates that the word derives from the dialect ``gooney'', meaning ``simpleton'', recorded in English back to the 16th century, and applied by sailors as an alterante name to the albatross.)

PS: Meanwhile, in practical sandwich mathematics, a headsup piece so it'll probably be the most popular thing on my mathematics blog this month.