It's a beautiful day in the woods

Switch Repair, Round Three: I called that next level of Nintendo Support, +1(877)803-3676 and actually finally had an experience like I wanted. The guy believed me about the problem and did not try to troubleshoot me through ``taking the joycons off to see if they pair''. I wasn't put on ten minutes of hold, I wasn't hung up on, and in short, everything went like it ought.

And he offered: do we want it repaired or just replace it with a working unit? And I had to say, replace it. I just have not any reason to believe in the one we have getting fixed. We have the UPS label and they are supposed to try to transfer the memory from the current Switch to the new one, but goodness knows if that will happen.

Or if it's needed.

bunny_hugger bought the kind of ethernet adaptor that is supposed to let a Switch connect, wired, to the Internet. This would in principle let her back up her Animal Crossing village --- the one thing that really has to transfer --- to the Internet. If we can get that to work, we can send this Switch in with ... well, confidence is the wrong word, since nothing that's happened so far has gone as it should. But at least some reason to think we might reach an end to this fiasco.

Little something on my mathematics blog today again. Using my A to Z Archives: Kernel I explain the preimage of zero and why we like such a thing.

Our next big thing on the Niagara Full visit, and the last amusement park we got to, was Darien Lake. Once an independent park, then a Six Flags park, then an independent park, and now a Six Flags park again. I know it sounds like I'm skipping but this is what really happened. And we had nice weather, for once! Beautiful clear skies for the whole day, which ended at 5 pm, because it was still not quite late June of 2019. 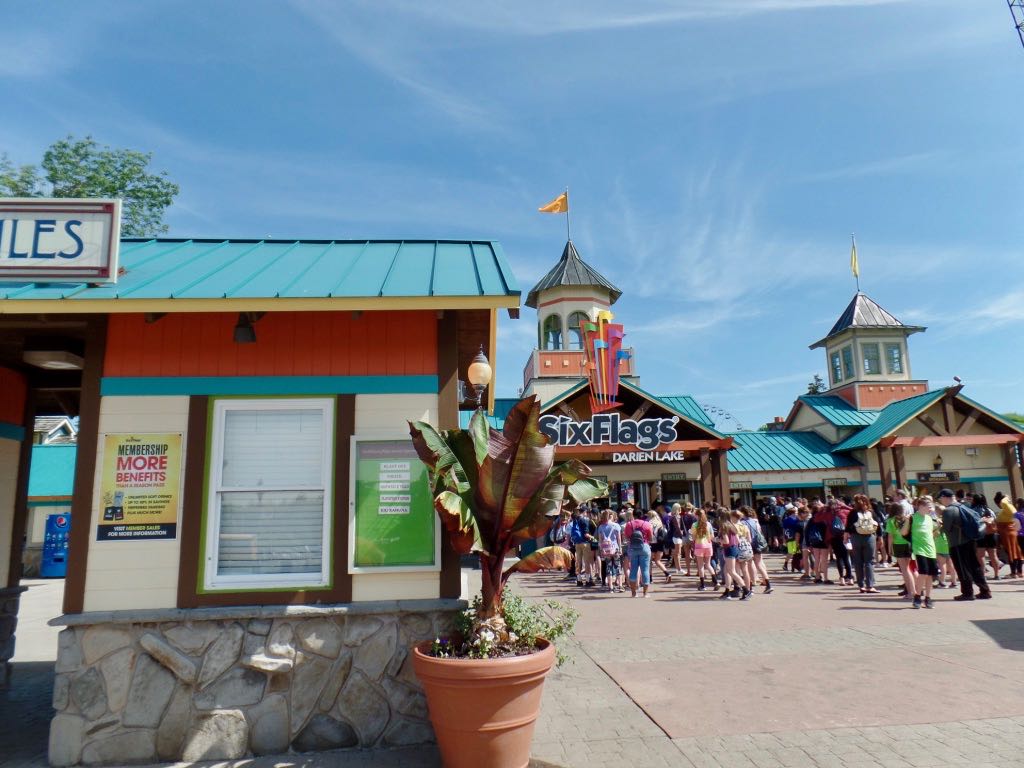 The entrance to Darien Lake, which had just become a Six Flags park for the second time that season. 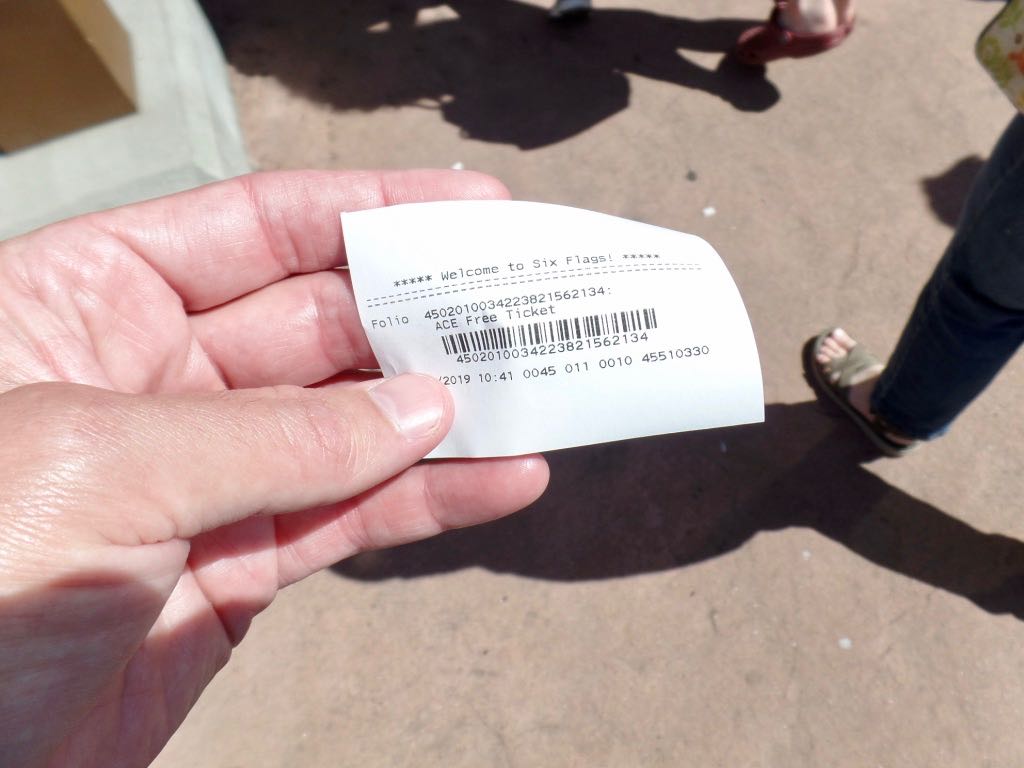 We were entitled to free trickets thanks to our American Coaster Enthusiasts membership! Unfortunately the tickets were these boring little things printed out at the customer service desk. I like a fun ticket, you know? 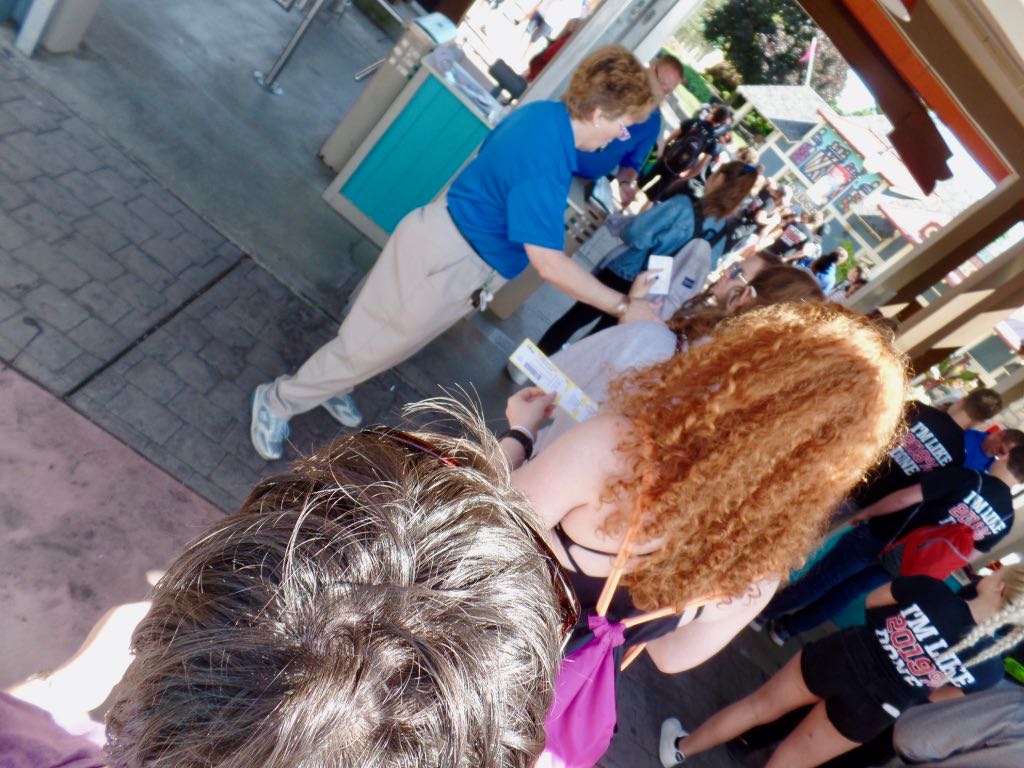 Every high school student in Western New York was going to Darien Lake that day, and they were in line in front of us. You can see they had real actual tickets. 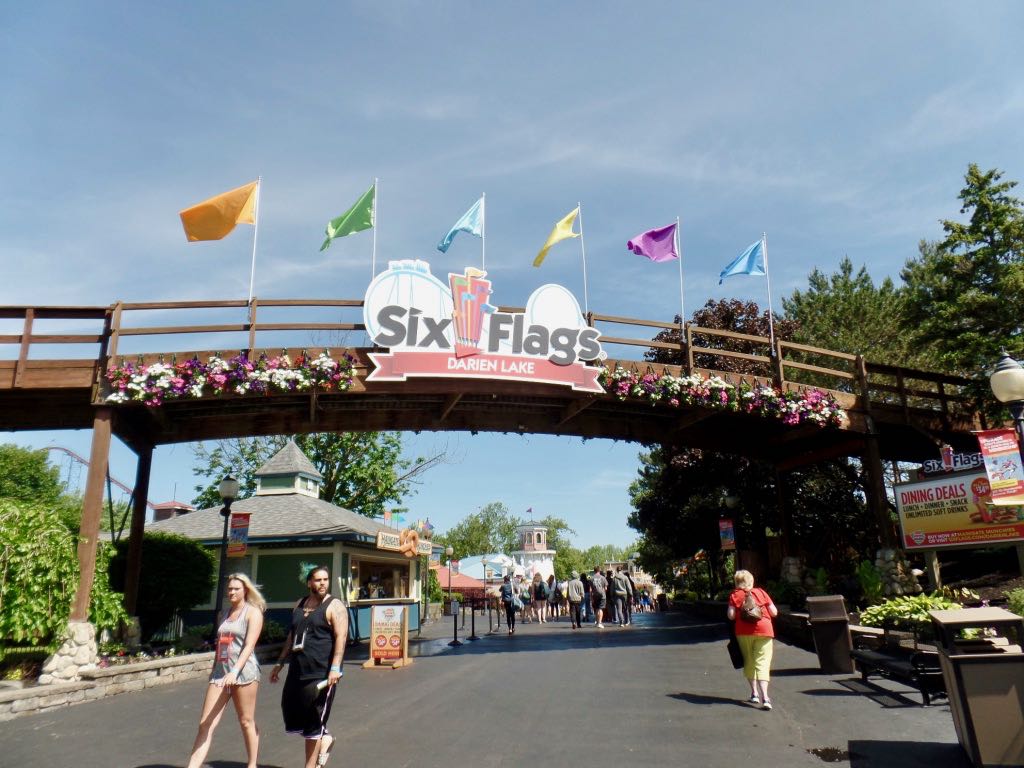 And a nice entry archway. They had switched over to the abstracted flags of uniform colors, rather than, you know, the flags that represent two different secessions in support of slavery. 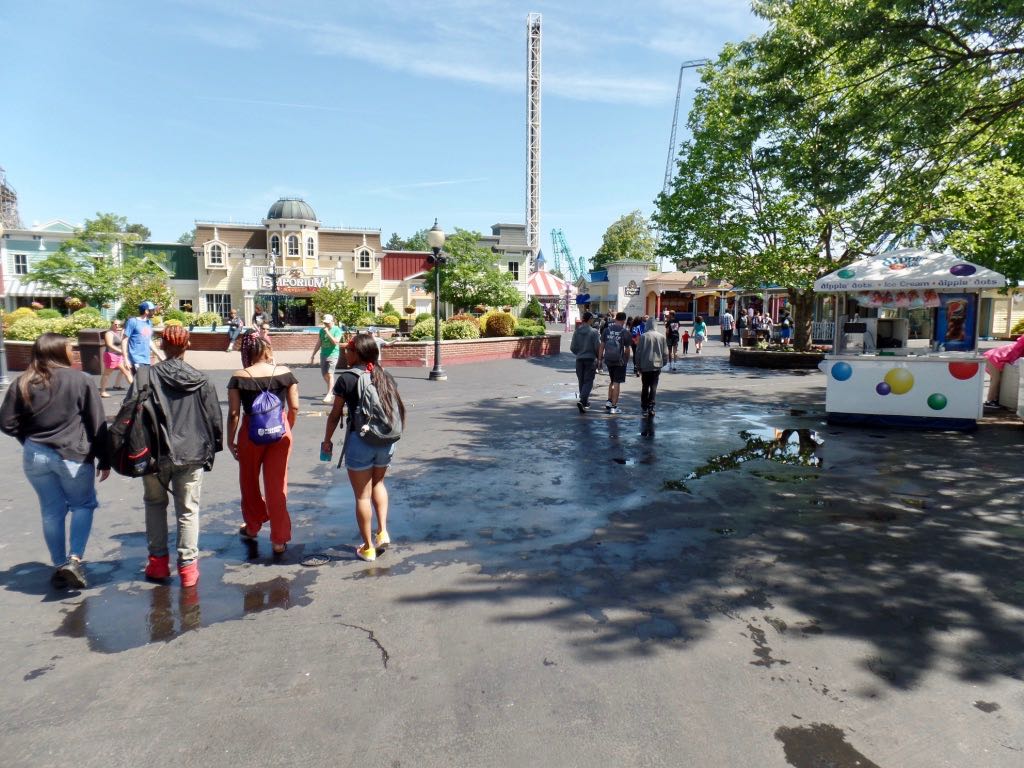 The main midway for Darien lake and you can see water left over from, probably, cleaning the park. 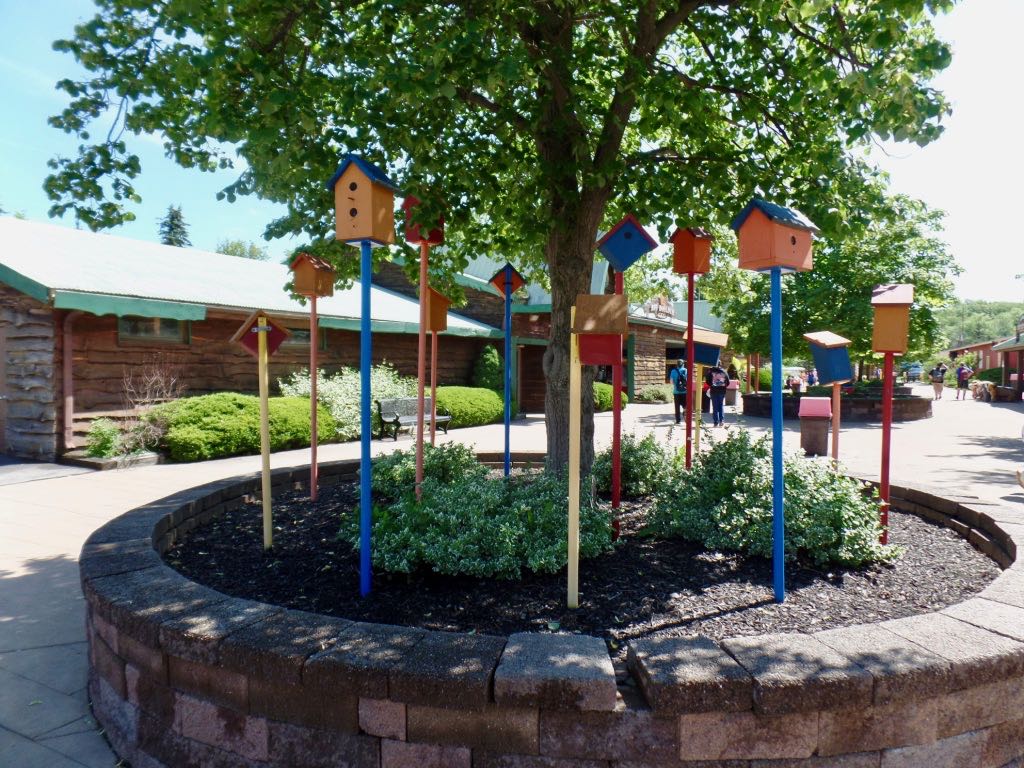 We liked the abundance and diversity of birdhouses until

bunny_hugger noticed they were all fakes. The holes are just quarter-inch divots painted black. 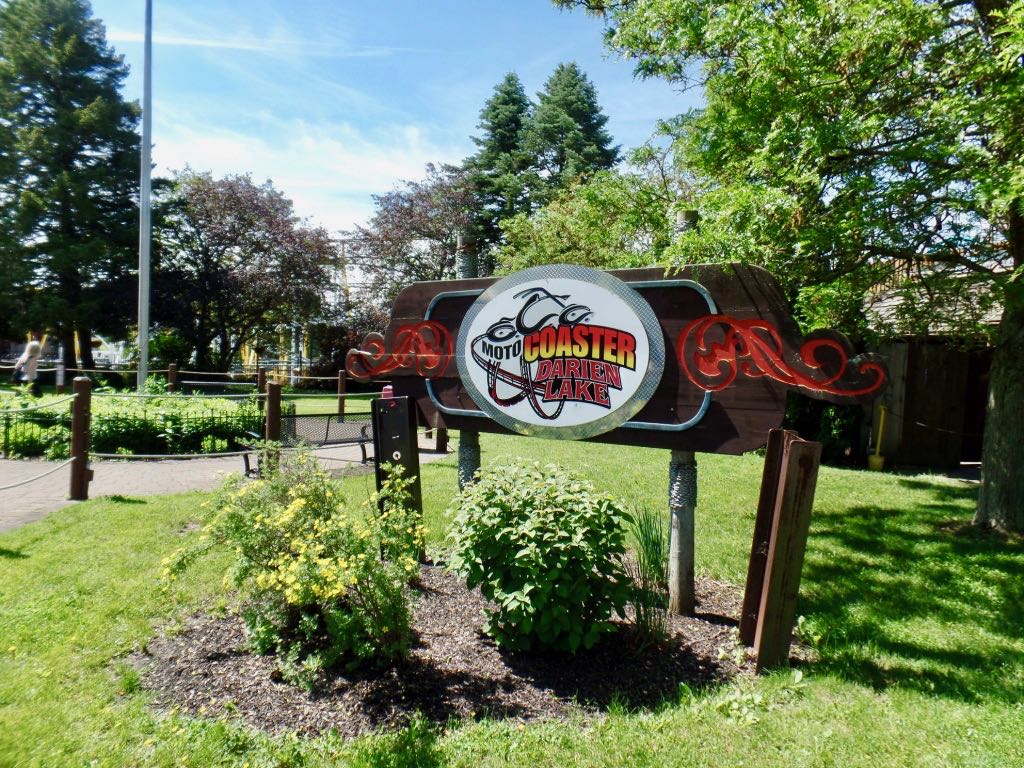 Our first coaster! We paid attention to where the many, many students were going and went around the park the opposite direction. Also, that's a hecking weird logo, which is appealing. 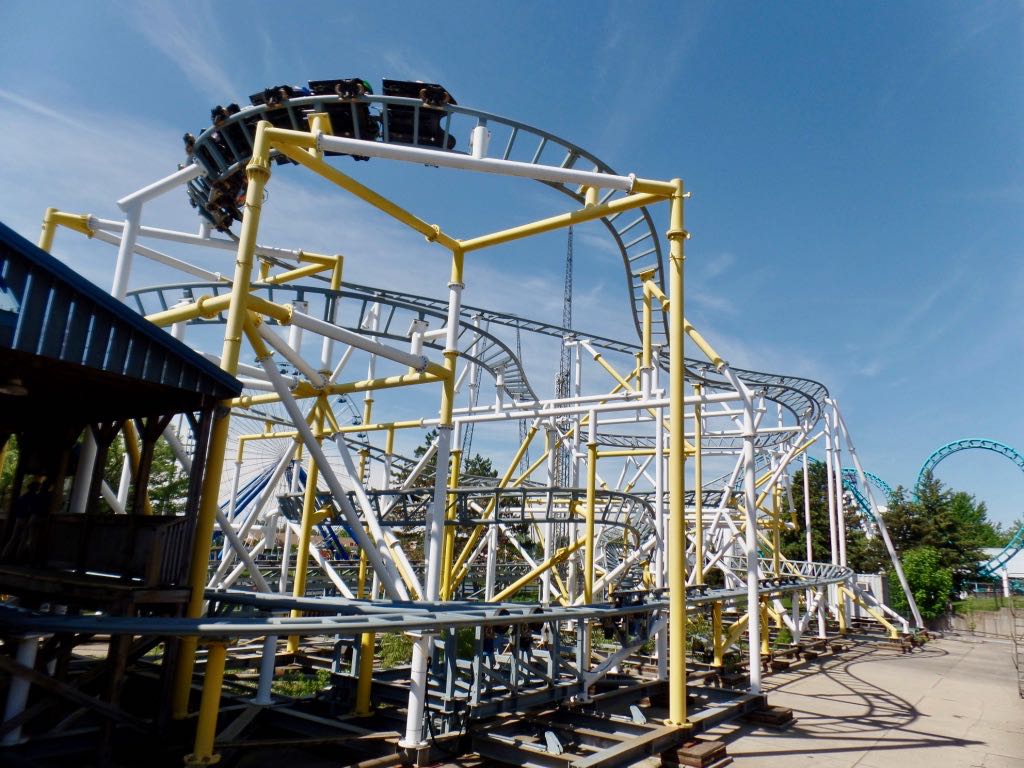 The twisty paths of Moto Coaster, a small steel coaster with a nice flywheel launch so it starts real real fast. 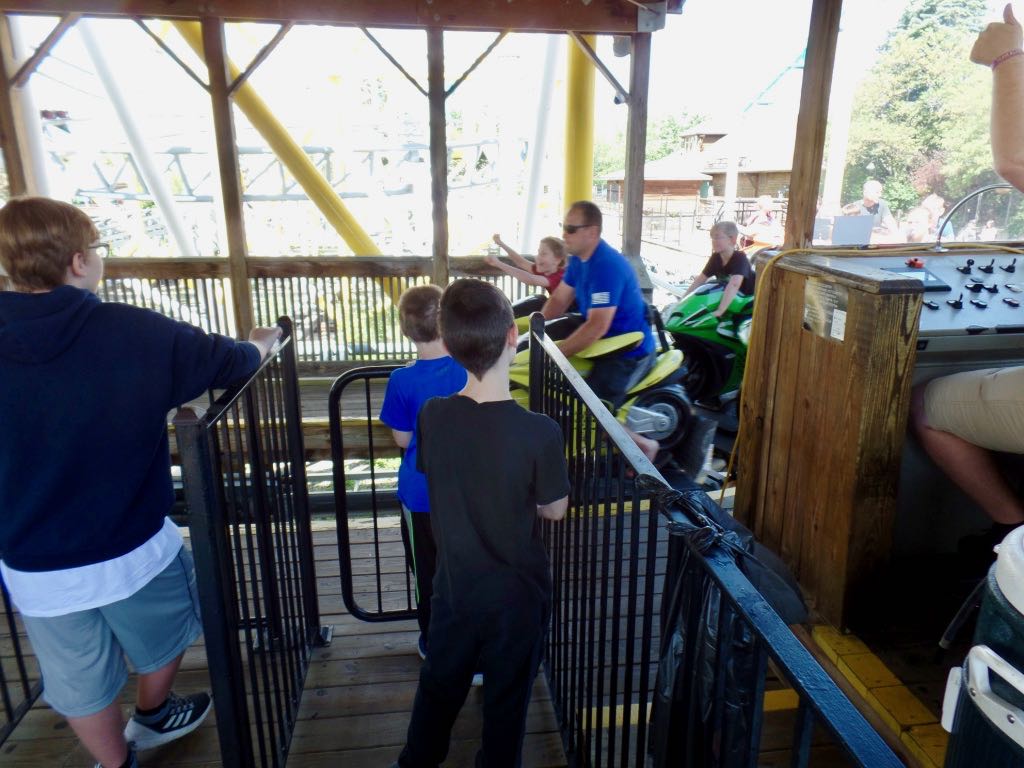 The rides have a motorcycle/motocross theme so you sit in something like a motorbike configuration, an arrangement that's unusual but a lot of fun. 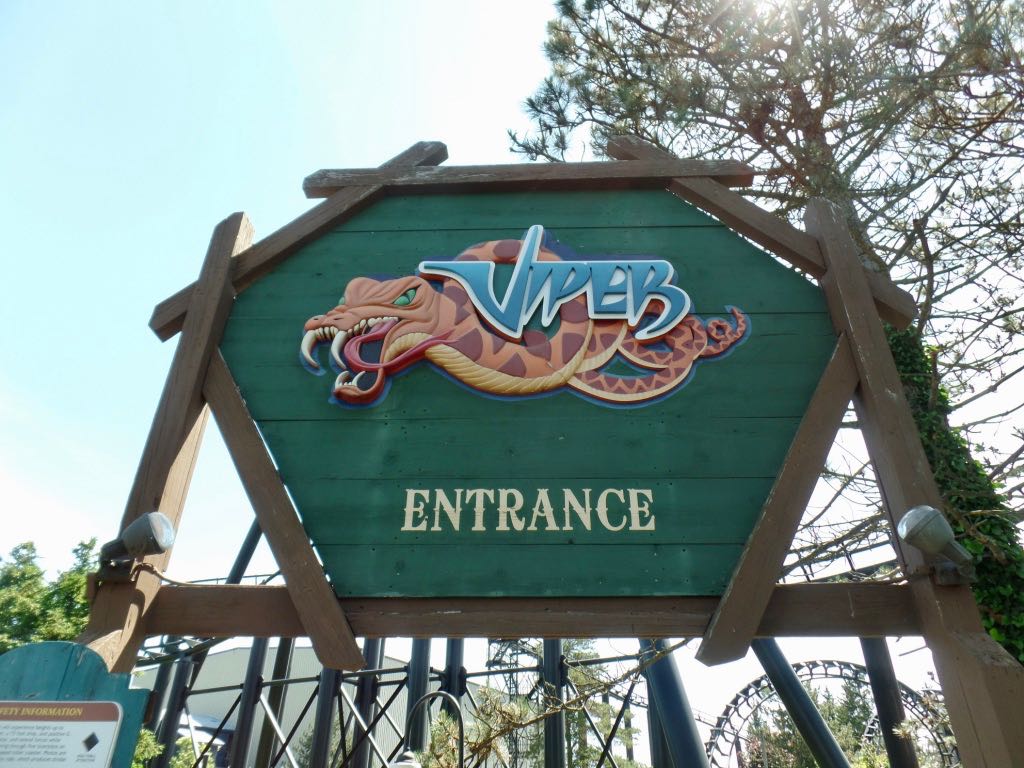 Our next coaster, and Darien Lake's oldest adult coaster. 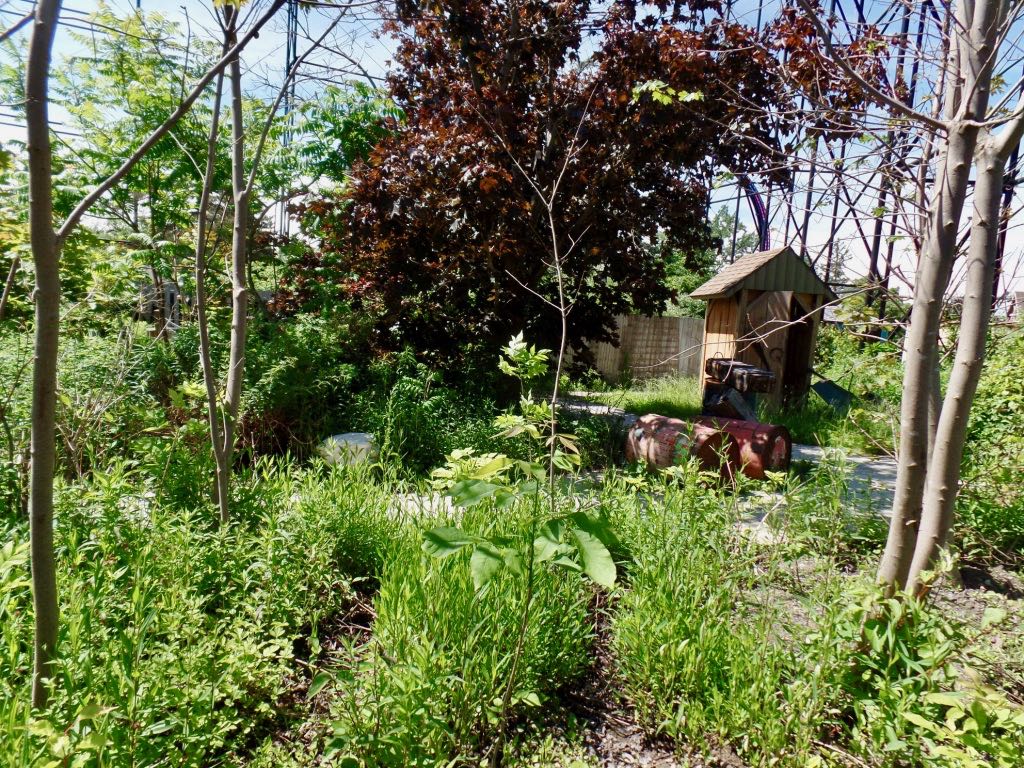 Viper's queue is some of the most lushly green parts of the park. 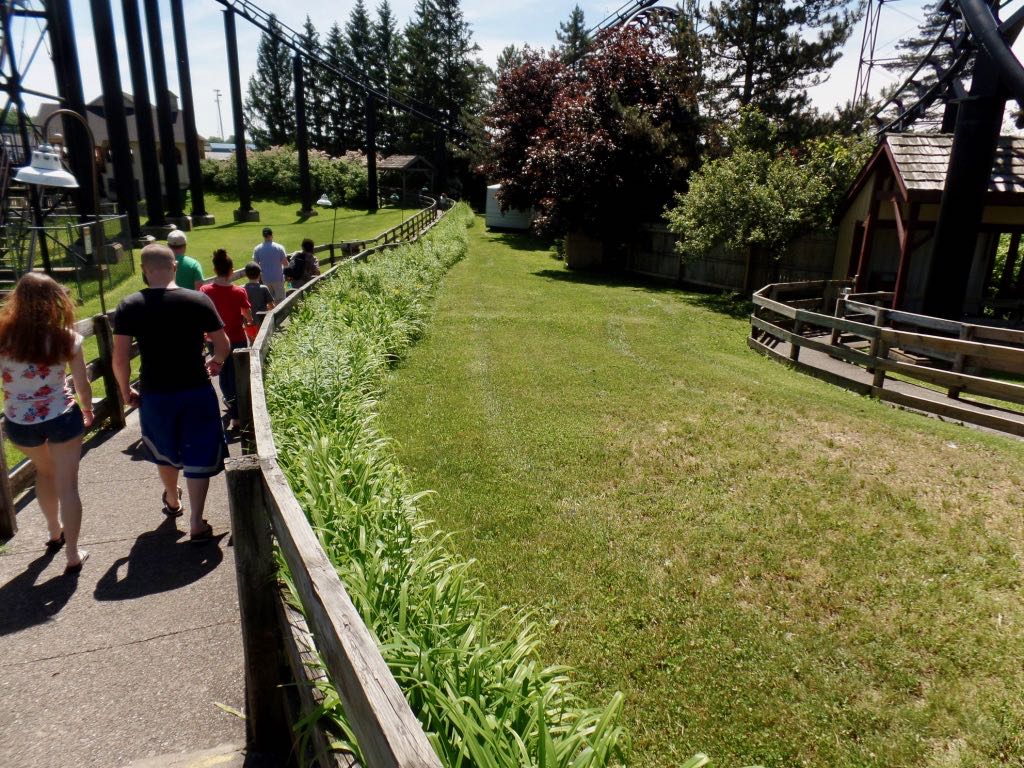 And there's a lot of it; you really see how this was their first Big Ride by how much and how much decorative space they give for it.