Sun is out, without a cloud on the ethers

My mathematics blog. I feel like it doesn't get so much love. Here's some pieces you might love, if you give them a try.

Turning now to cartoons. Looking at 60s Popeye: Paper Pasting Pandemonium, but a polite pandemonium and a cartoon that is extremely okay.

How was Darien Lake looking, back in June 2019? Was it offering us anything special? Sure it was, and it kept giving, too. Take a look. 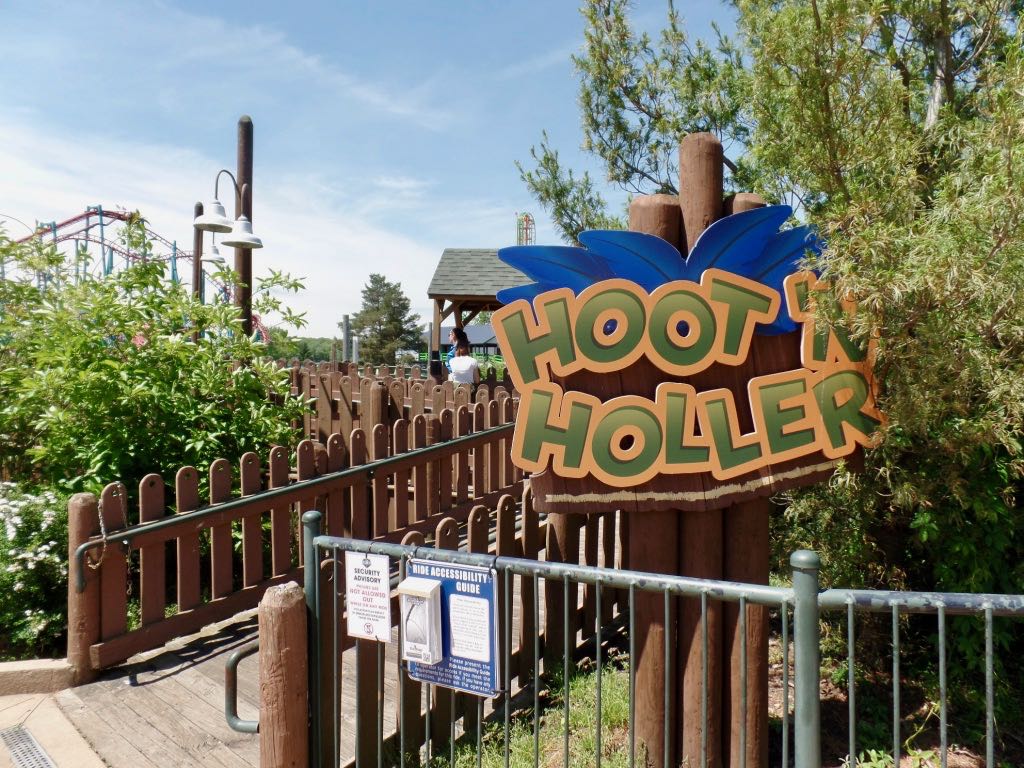 Darien Lake has a little something for fans of Barney Google and Snuffy Smith! (It's a roller coaster, their oldest, a family coaster that we weren't allowed to ride because we didn't have kids with us.) 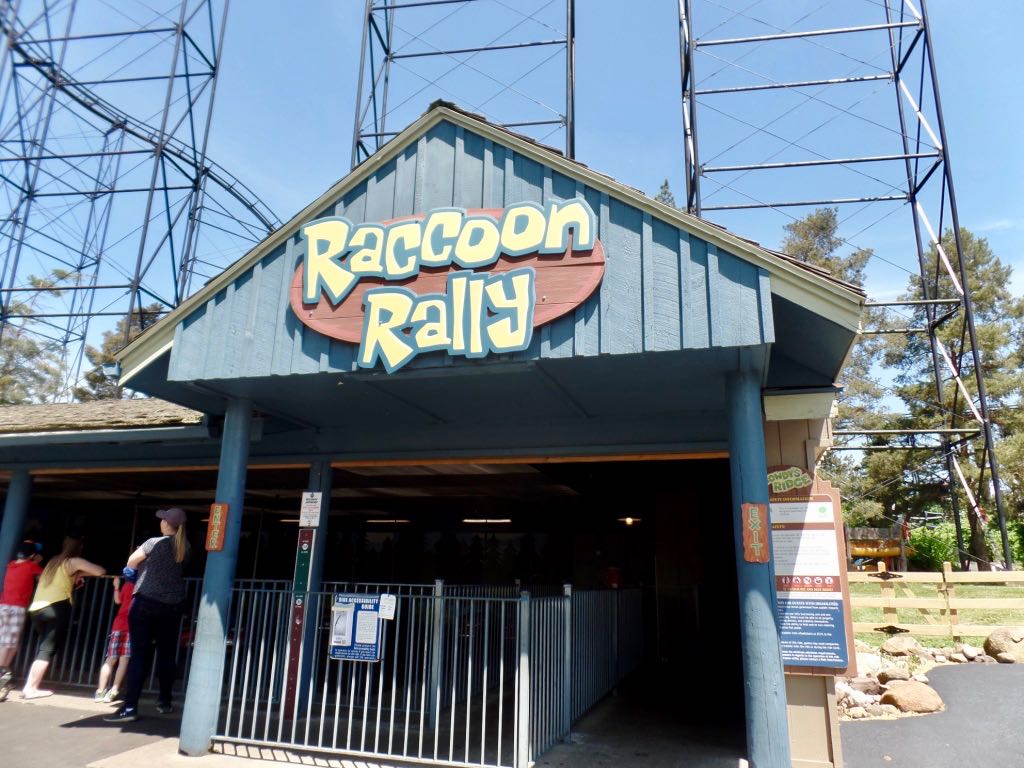 And finally, some raccoon action! Not a roller coaster, though; a kiddie bumper cars that we were too tall to ride. 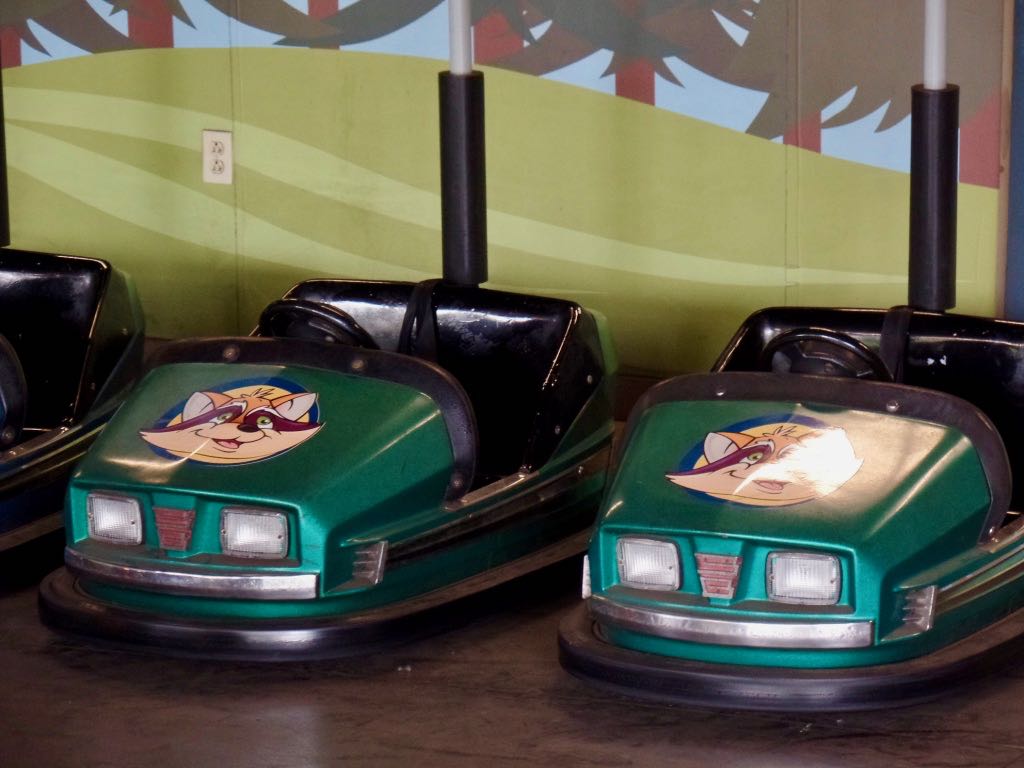 Still, nice if generic raccoon faces on the cars. I would spend a lot of time looking for more raccoon stuff at the park and, alas, it didn't happen. 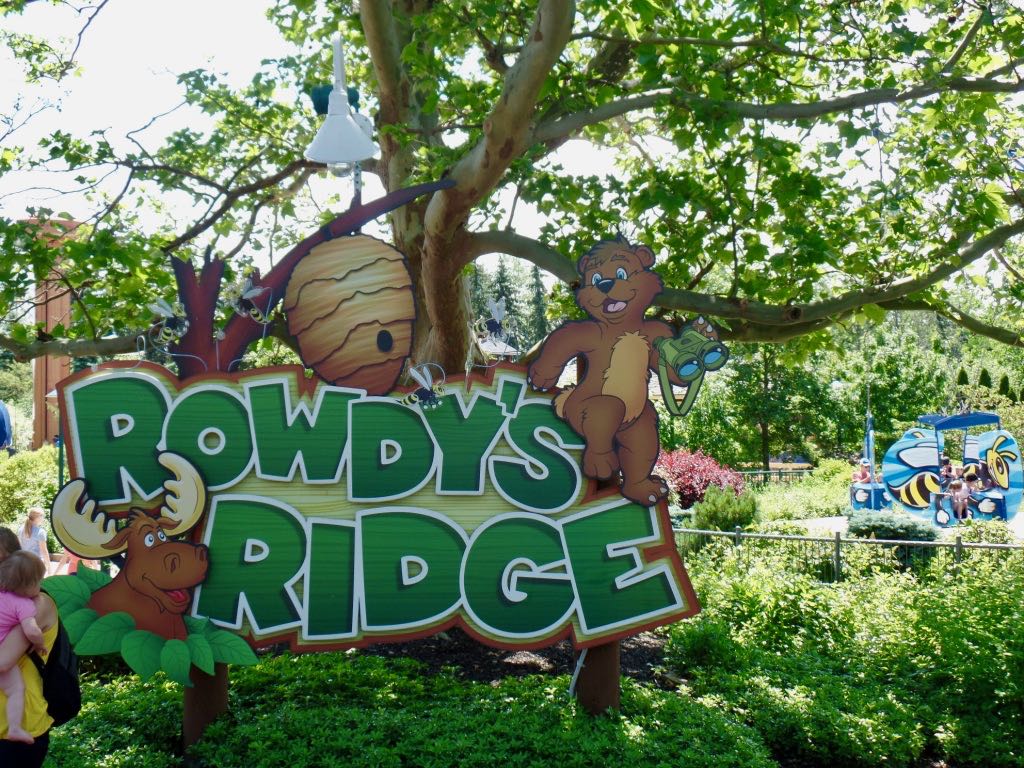 A sign for the Rowdy's Ridge area, featuring the Moose on the Loose moose, a bear, and --- as you see on the flying scooters ride at the far right --- hornets. Apparently they get quite numerous some times of the year and have decided to own it. 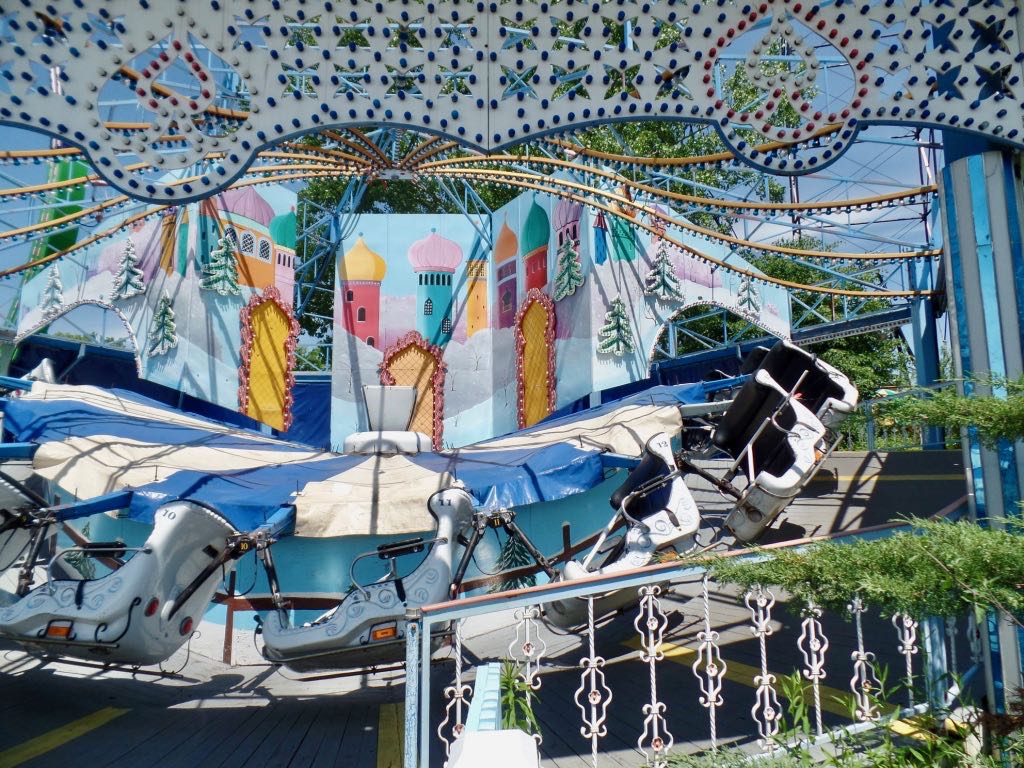 Sleigh Ride, one of the park's original rides from when it became a real amusement park in 1981. Made by Mack Rides, which makes a lot of amusement park rides but traces its origins back to carriage- and stagecoach-building in 1780. 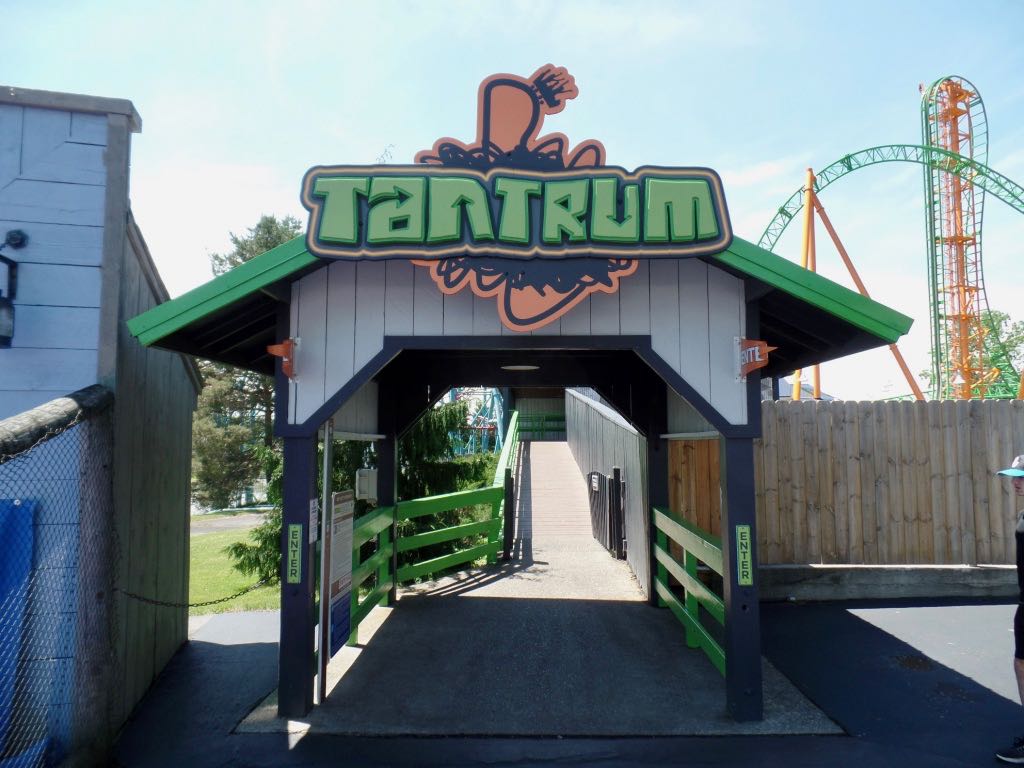 Tantrum is a vertical-lift-hill coaster, very like Untamed at Canobie Lake Park and Hydrus at Casino Pier. 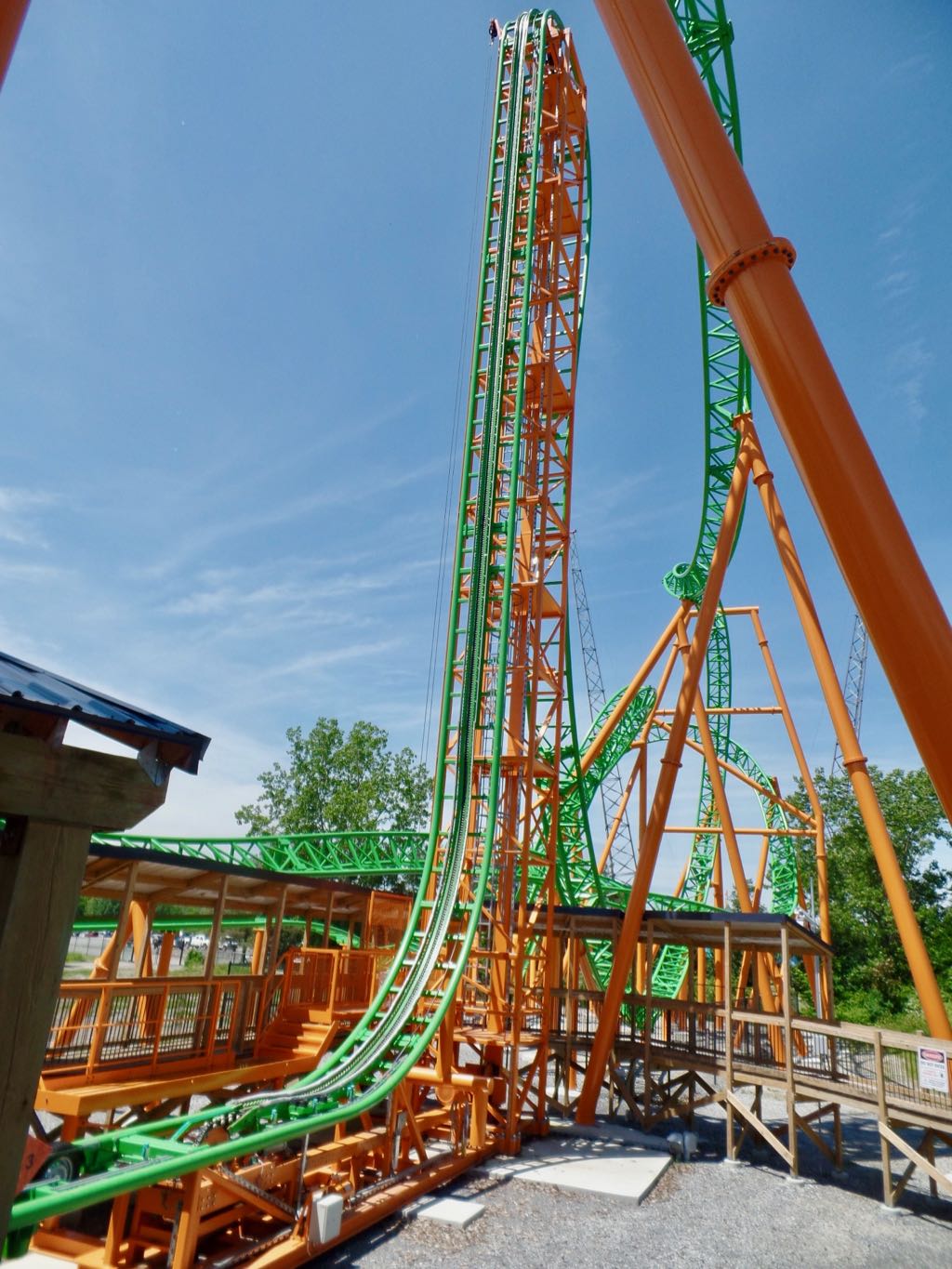 It's pretty compact but does offer a nice ride. Very little capacity, though; a full load is only eight people. 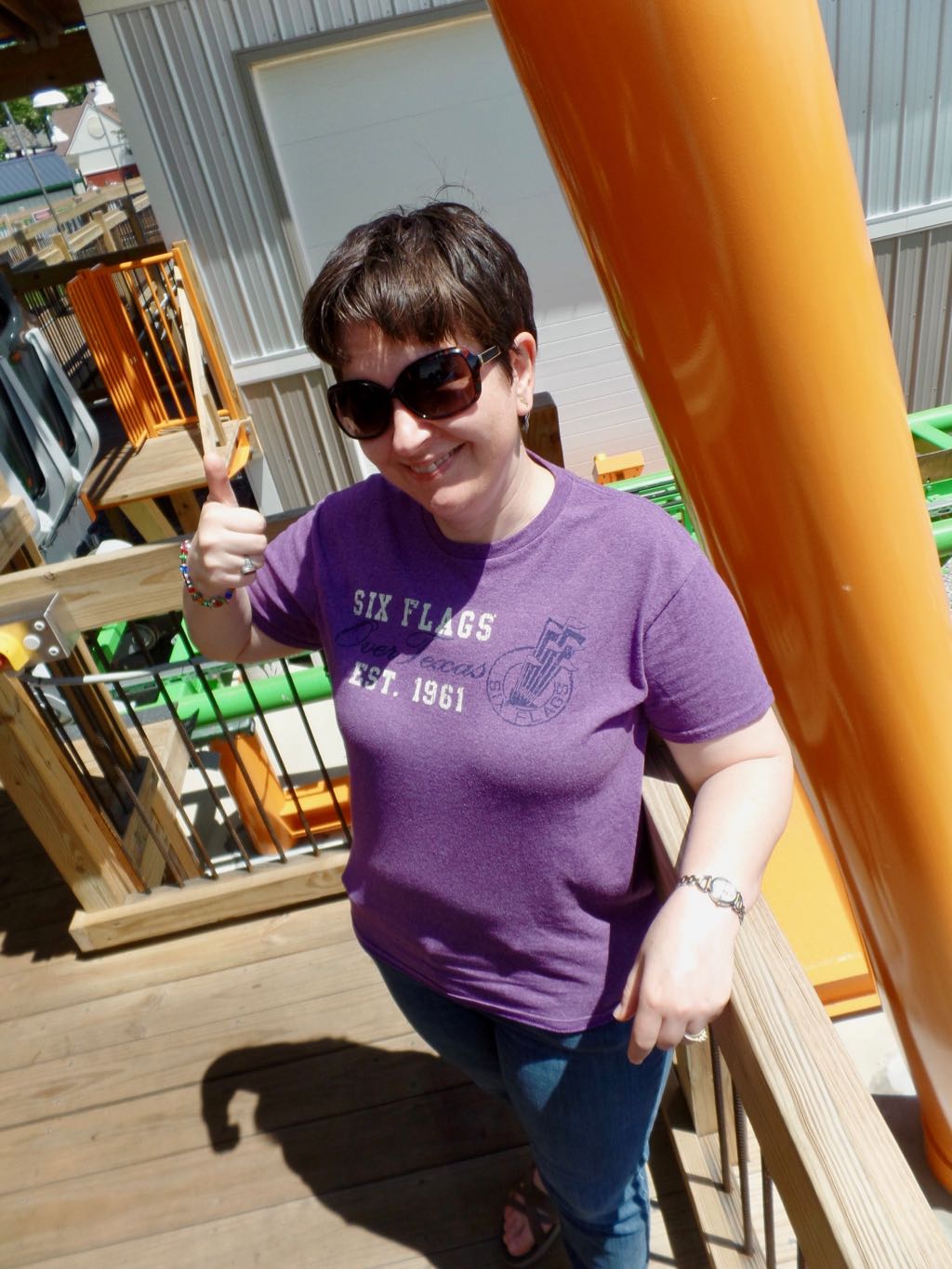 And, oh yeah, it was 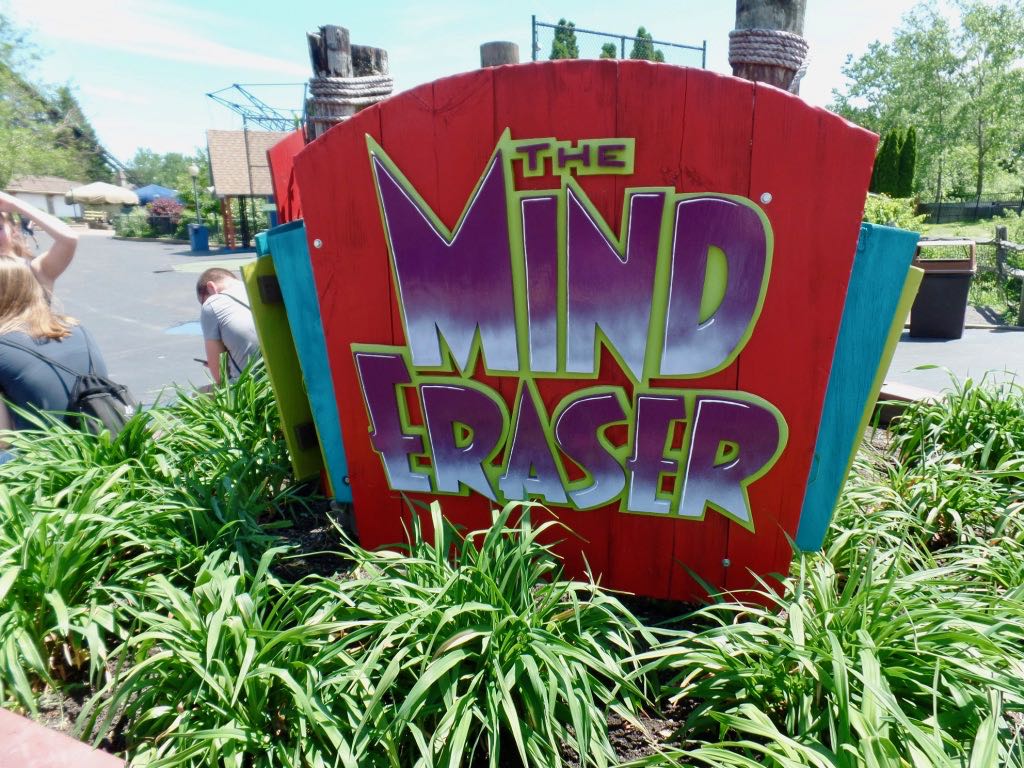 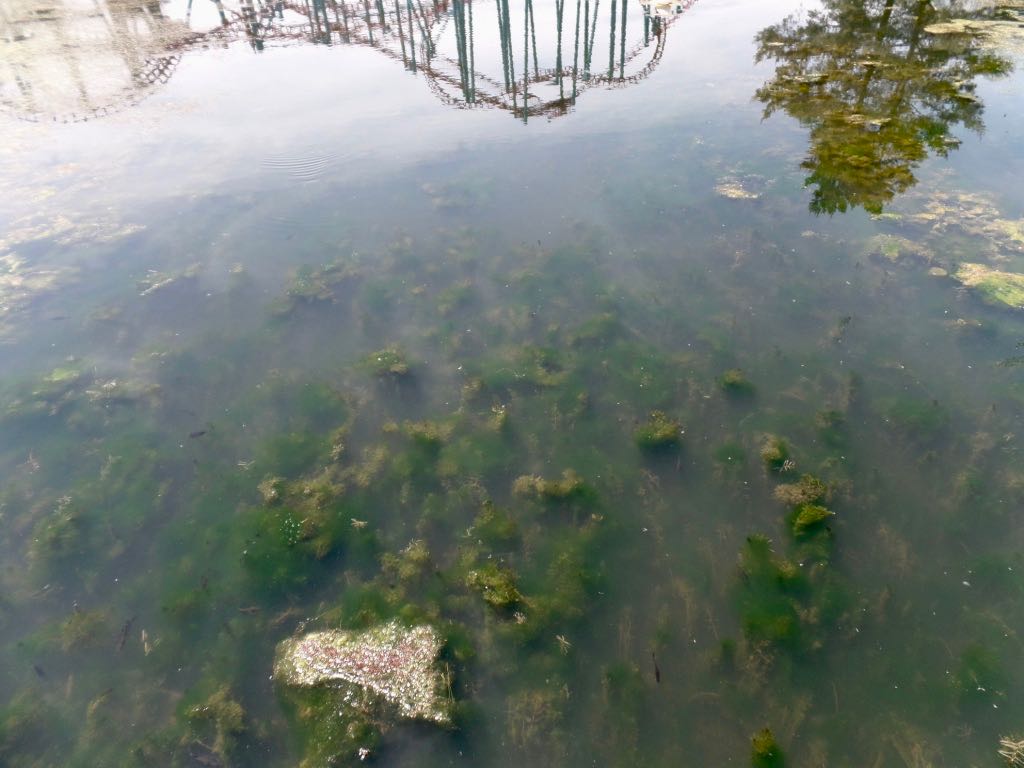 Oh wait, never mind, there's fish here! You can see the roller coaster in the reflections, too. 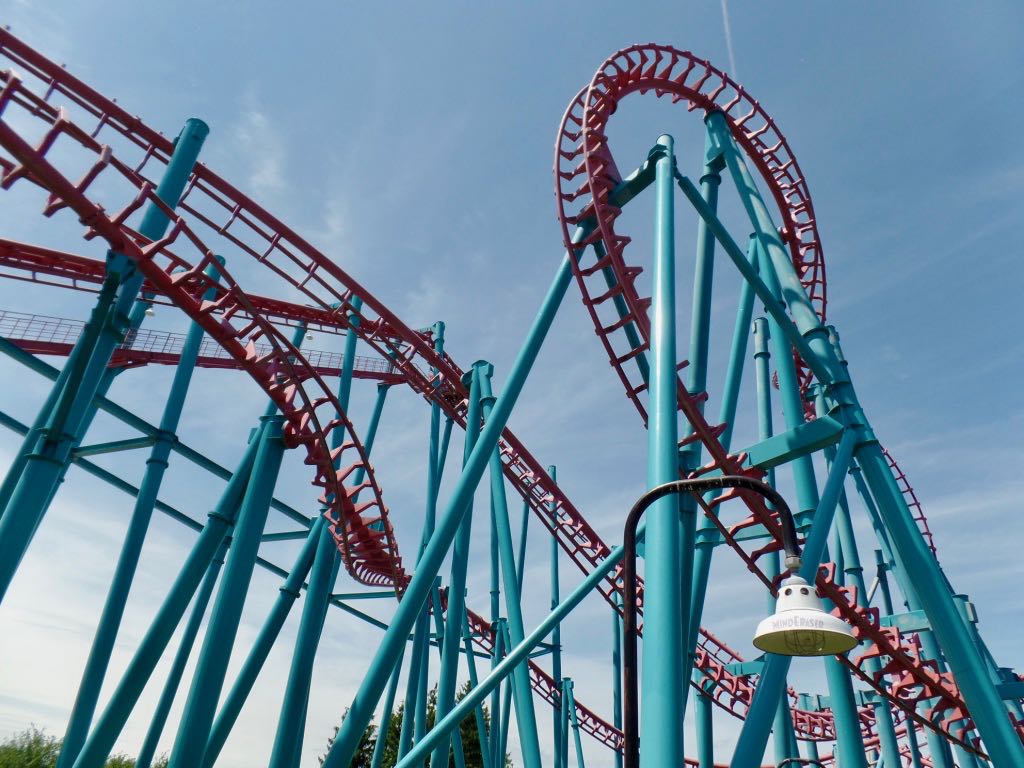 And ... oh. Yes, it is the same model roller coaster as those other Mind Erasers. Also Thunderhawk, at Michigan's Adventure. And Flight Deck, at Canada's Wonderland, which we'd ridden three days before. And Batman The Ride, at Six Flags Mexico. And Infusion, at Blackpool Pleasure Beach. It's a fine roller coaster, just a bit head-bangy. 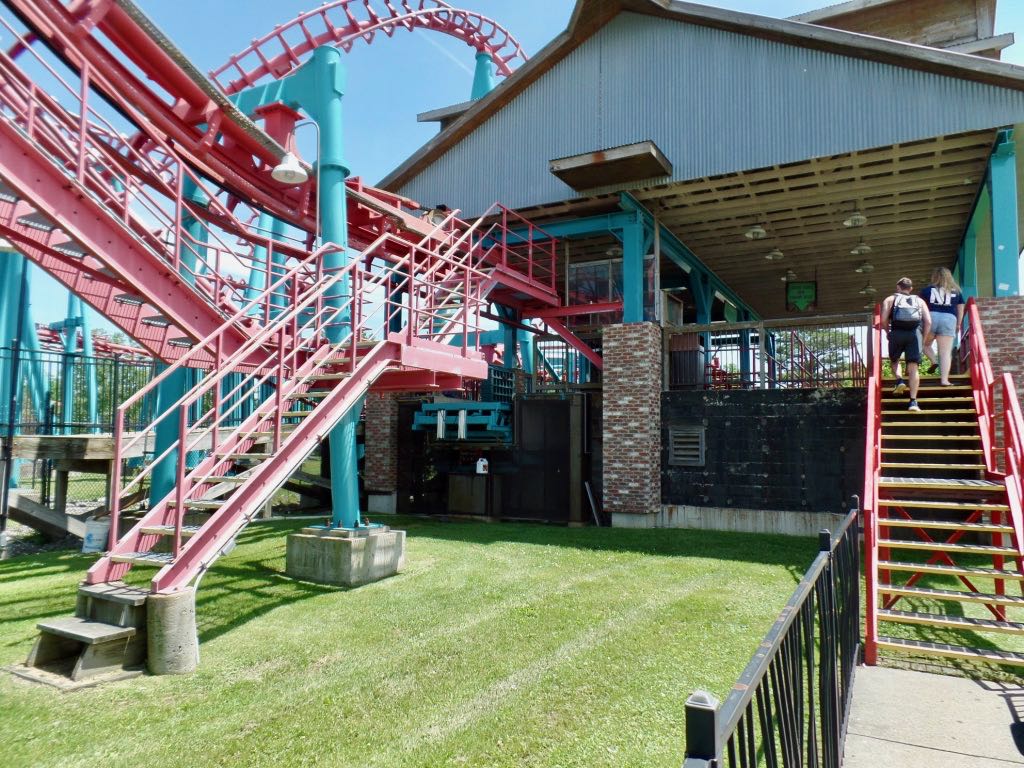 I like the brick facade of at least parts of the station, though. It looks nice and cozy. 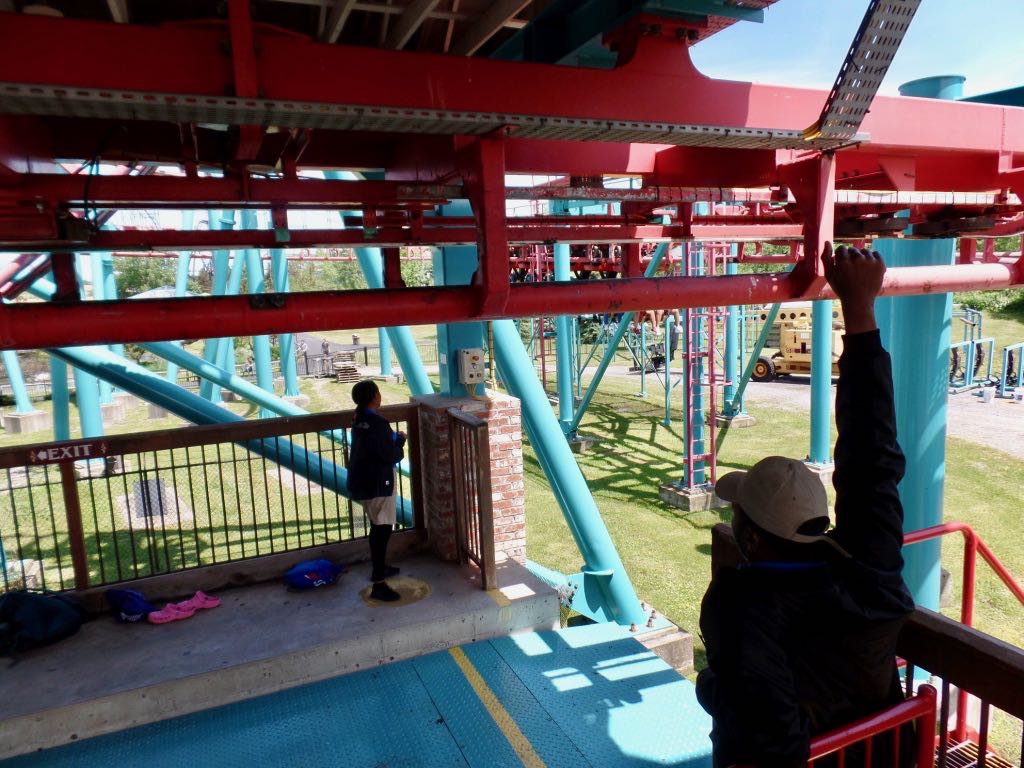 View of the launch station for The Mind Eraser, while the train is out on the ride. The station's basically the same plan as that at Michigan's Adventure, but the bricks do give it a nice extra something, to my eyes.

Trivia: King Charles II's 1680 charter for the province of New Hampshire did not specify the boundaries of the colony. They would be disputed until 1741. Source: How The States Got Their Shapes, Mark Stein.