But as day turns to night

There's a grasshopper in the basement, somewhere. It's more convenient to us than having a katydid in the bedroom, but we have to hope the grasshopper knows what he's doing. Seems to be near the hay kept downstairs, at least.

Also, the ant colony in our driveway has had another pretty good year: the other day it was sending out torrents of winged ants, looking for a place to expand into. Apparently the neighborhood Facebook group has had a lot of people saying their ants are flying too. I guess it's nice to know the last couple years have been good for somebody.

Pinball At The Zoo is still officially scheduled for the first weekend in October. It can't possibly happen, of course, but I'm curious how close we'll get to the date before they concede the point.

Comic strip reading, now. What's Going On In Mary Worth? Is banana bread hard to make? June - August 2020 gets its plot reviewed and it comes to the giddy delight of Toby, alleged grown woman, coming this close to burning California down in the attempt to make banana bread. It's great.

Now back to Darien Lake, in the June of 2019, and another roller coaster with a special surprise! 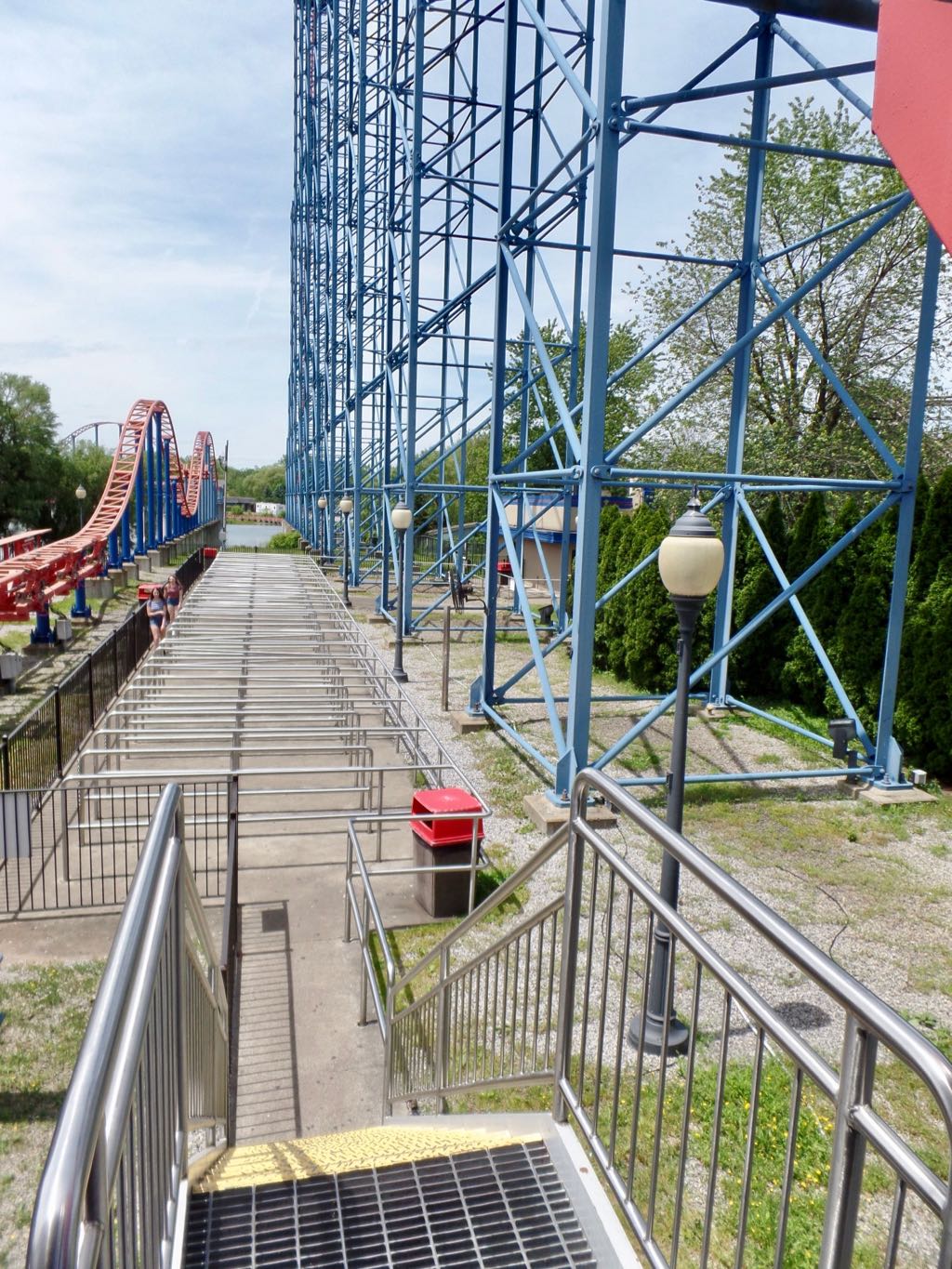 Ride of Steel's queue, seen from the rear of the launch station. There's a lot of space for riders; the lift hill is on the right here. 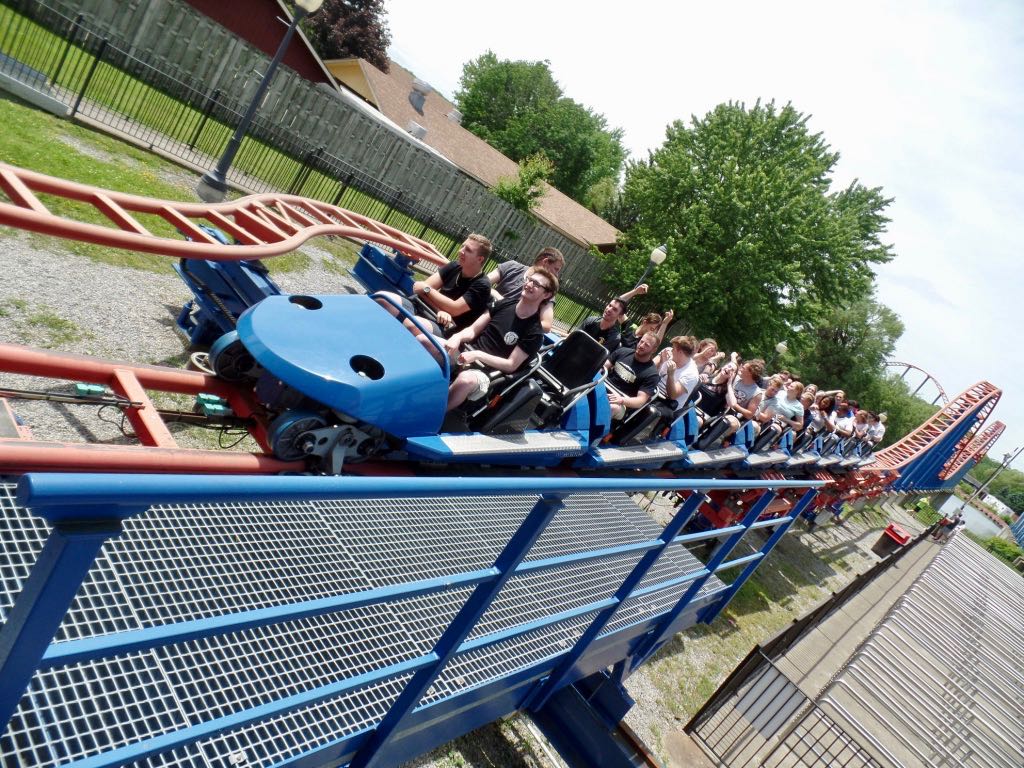 Ride of Steel returning to the station. You can see how it really looks like it goes off forever from here; that's the ride with a hill perpendicular to the return hills in back. 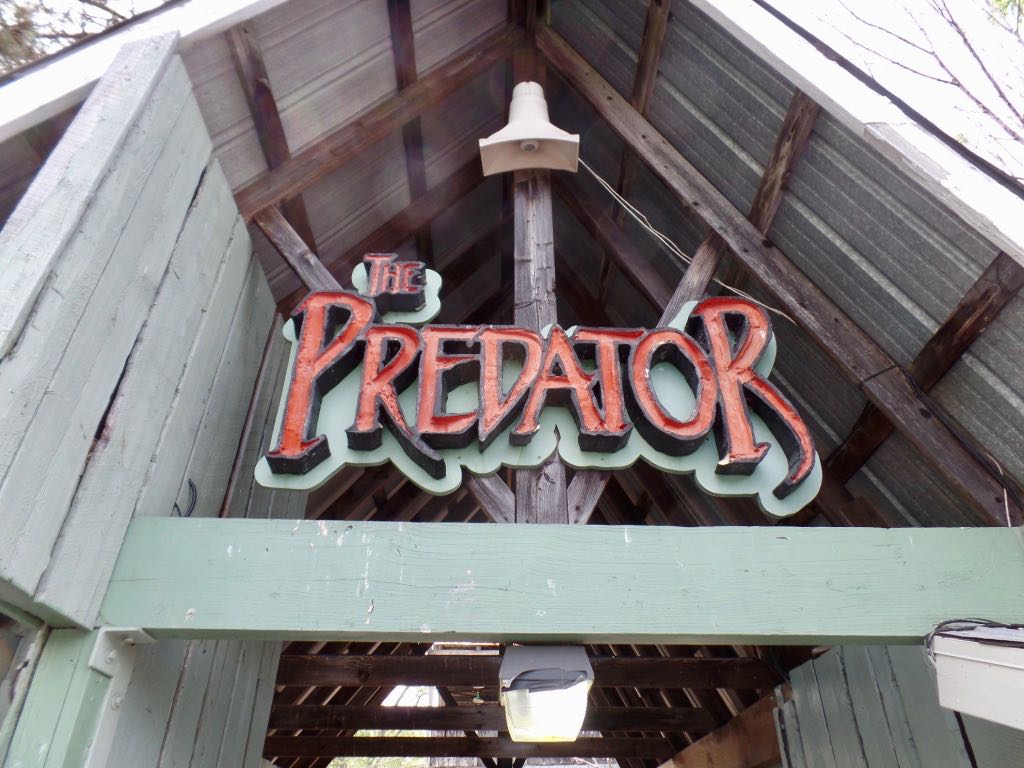 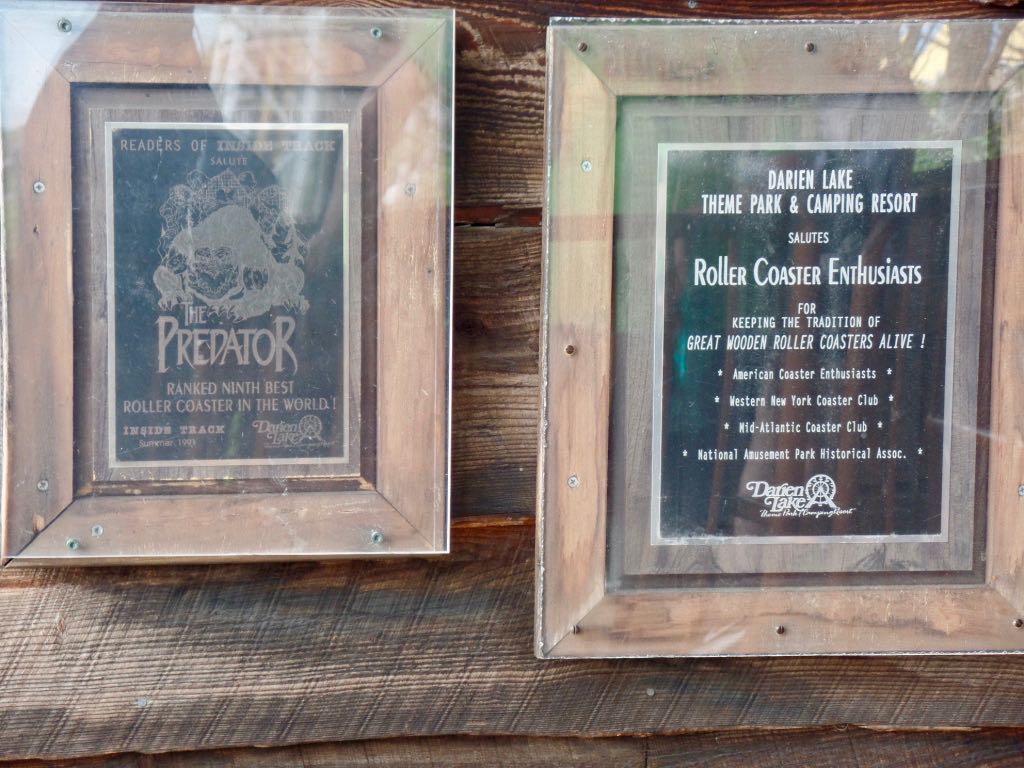 Some plaques commemorating, on the left, Inside Track's naming this ninth-best roller coaster in the world in 1990; on the right, American Coaster Enthusiasts and a few other groups salute the park for having a great wooden roller coaster. 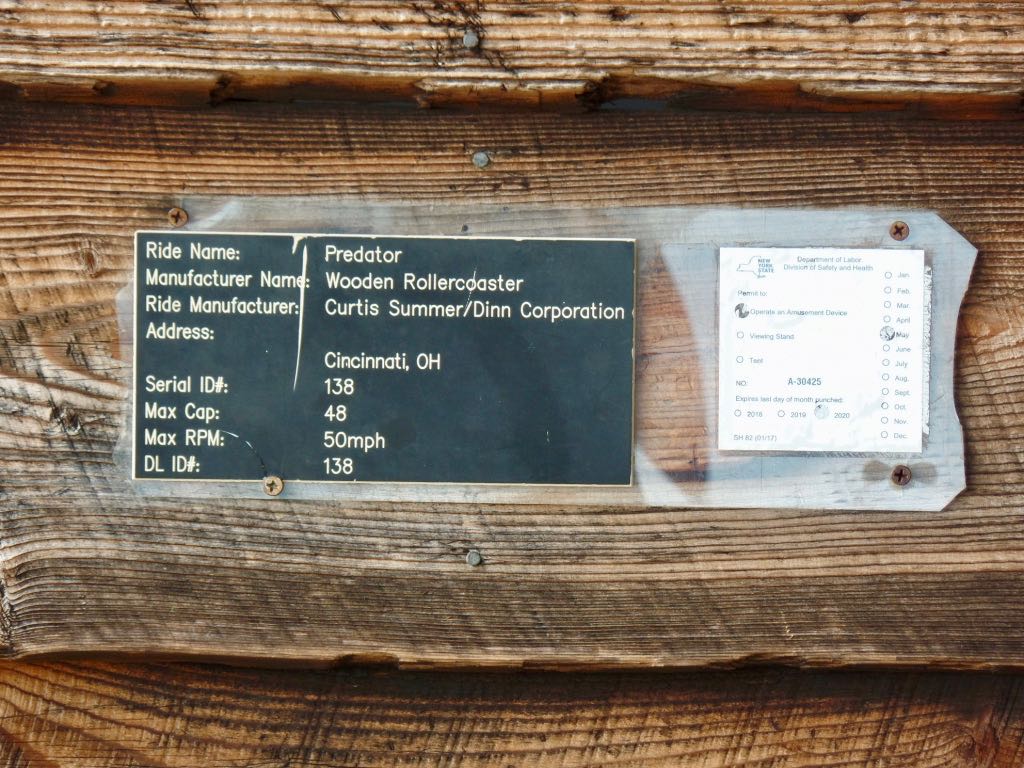 Maker plate for Predator. Summers and Dinn are from Cincinnati because that's the group that grew out of making The Beast at Kings Island, a ride that by all right should have been a fiasco (novice roller coaster designer just going back and asking for more money to put in more coaster, and getting it) but worked out brilliantly. 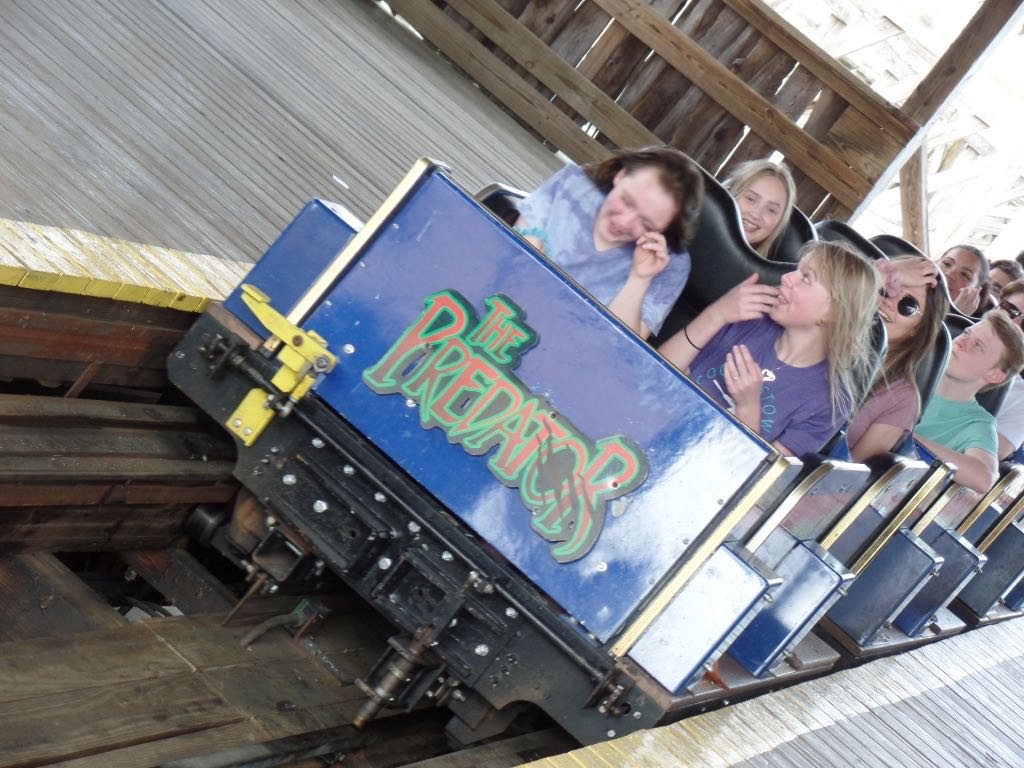 Predator returning ot the station. The woman's hunched over just enough that, with the light reflection on her seat, it looks like she's a bad Photoshop job. I swear she really existed. 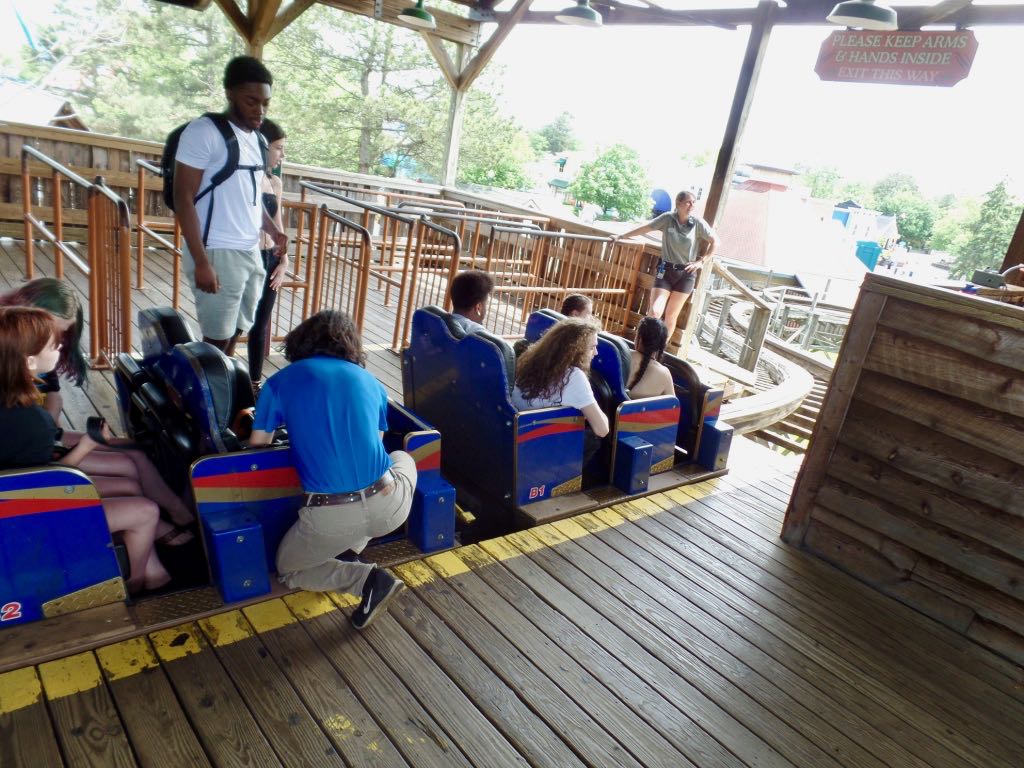 And here's the train after us getting ready for dispatch. The Predator was, delighted to say, my 250th distinct roller coaster credi. 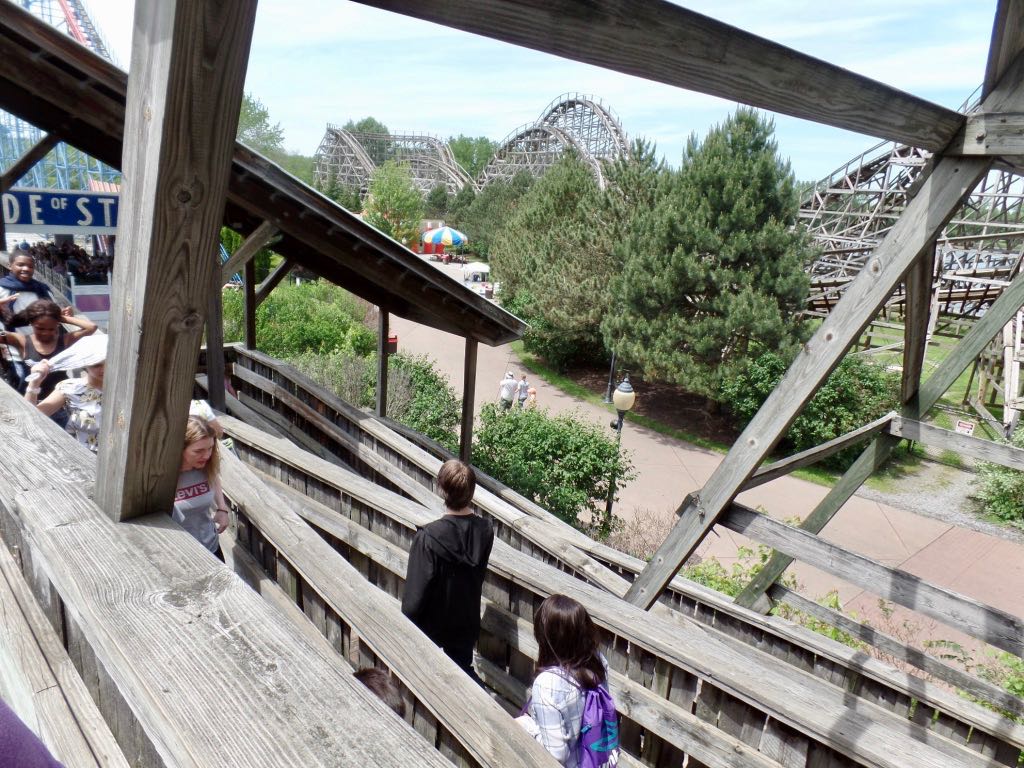 Walking down the Predator's exit. It goes out onto a lower part of the park so there is a lot of space to walk back and forth leaving the ride. You can see the track of the coaster in the background. 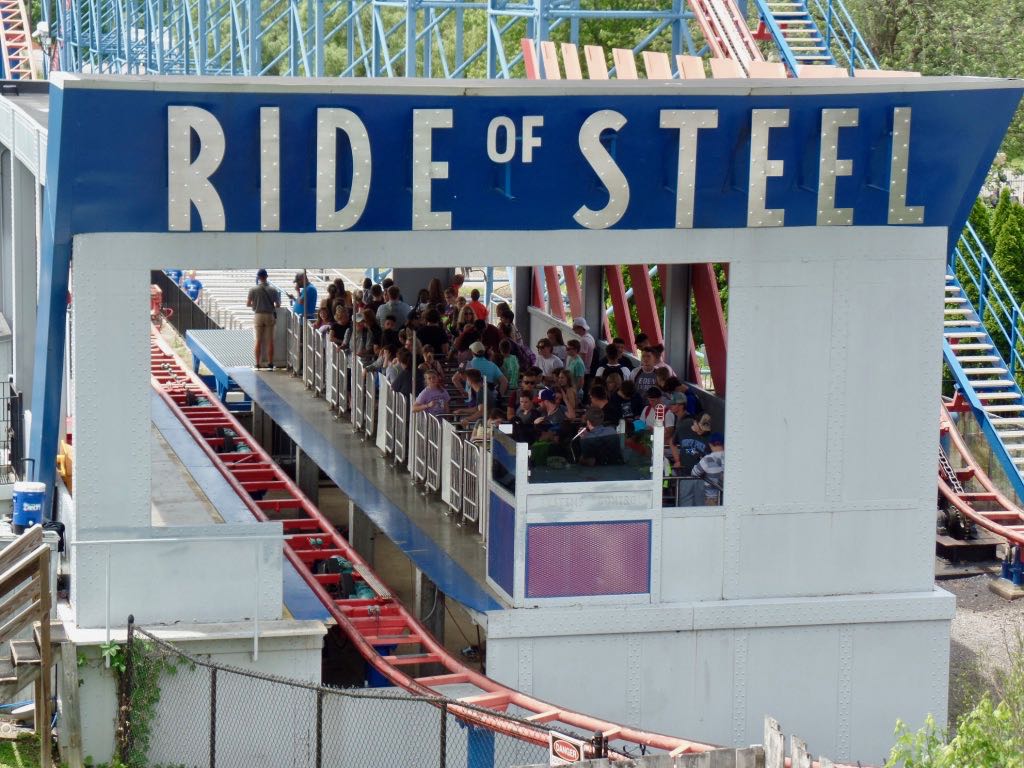 Ride of Steel's station as seen from above, at the Predator's exit queue. 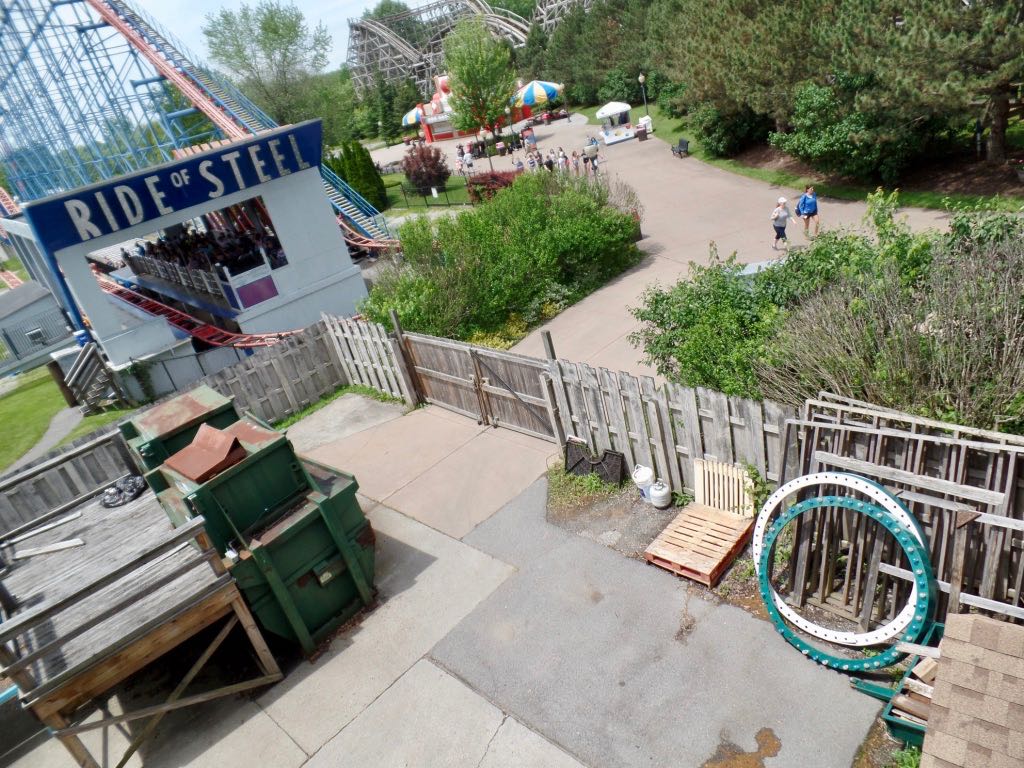 And here the Predator's exit queue gives a view of Ride of Steel's station and also some maintenance areas, including hoops of lights.

Predator's lift hill, and the tunnel underneath it which you walk through to get to Ride of Steel or to get back from its exit. The main part of the park is in the background to the right. 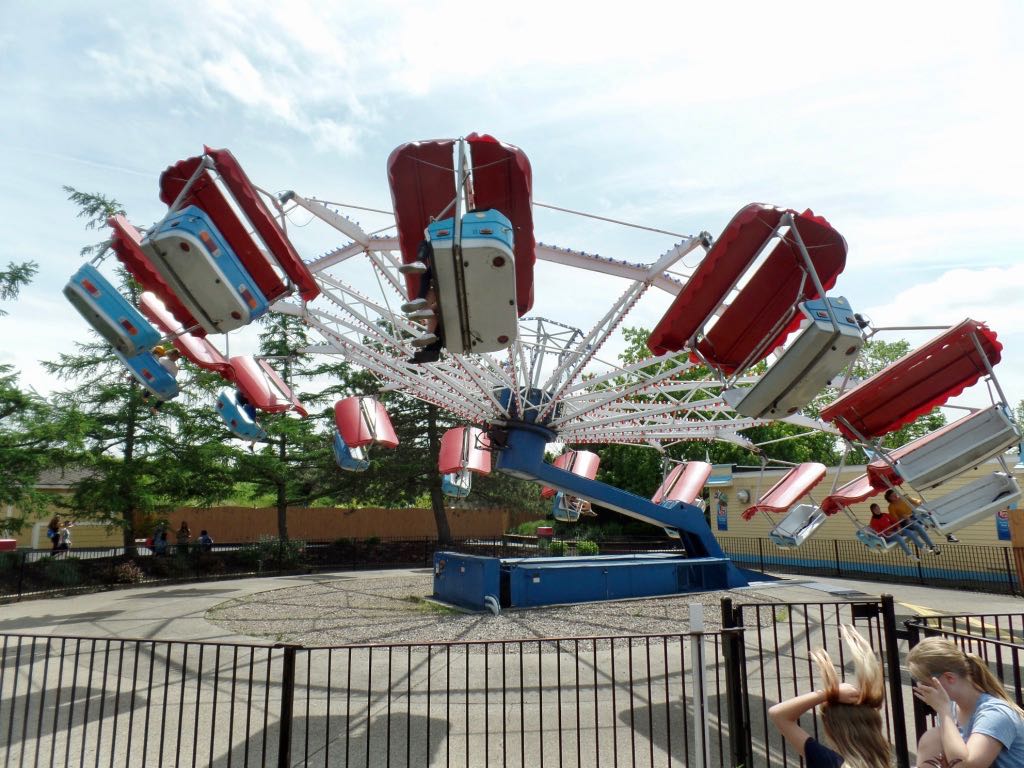 Haymaker, a ride which looks much like a large-size Paratrooper. It's made by Heintz Fahtze and if flatrides.com is right, this is the only installation of this model running.

Trivia: In 1790 Representative William Smith of South Carolina argued that the Residence Act, which moved the seat of government to Philadelphia for ten years and then to the District of Columbia, was unconstitutional. His reasoning: only Congress had the authority to decide when and where it would meet, and therefore a bill requiring the President's signature to say where and when it would meet was patently constitutional. Washington deferred to Secretary of State Thomas Jefferson for advice about whether the bill was safe to sign. Source: Washington Burning: How a Frenchman's Vision for our Nation's Capital Survived Congress, the Founding Father, and the Invading British Army, Les Standiford. And yeah, they got really hung up on constitutional sophistry in this era but I'd like to see some deeper thinking into constitutional implications.

PS: So I'm hosting the 141th Playful Math Education Blog Carnival and I'd be grateful for your help!