Something in the air just ain't right

I finally got to the (first) topic suggestion by

bunny_hugger in My All 2020 Mathematics A to Z: Leibniz or, as she would have it, ``Leibniz, the Inventor of Calculus''. His legacy's more complicated than that.

So rather than go into a day that should have been quiet if two houses down they hadn't let the dog outside bark for an hour-plus, let's get back to Darien Lake and the last couple hours we spent there in June 2019. That's more fun. 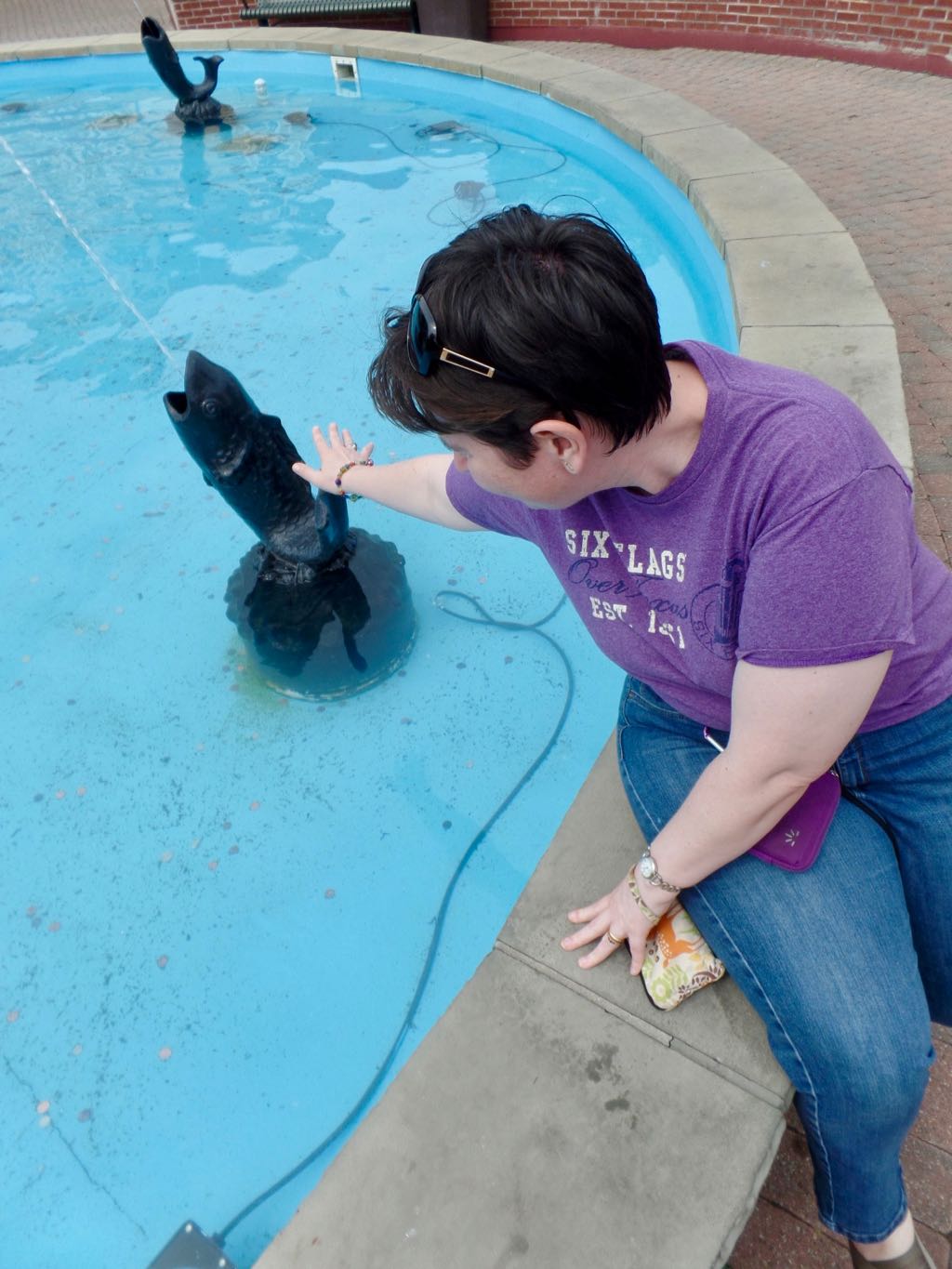 bunny_hugger making friends with a fish sculpture in the center fountain. 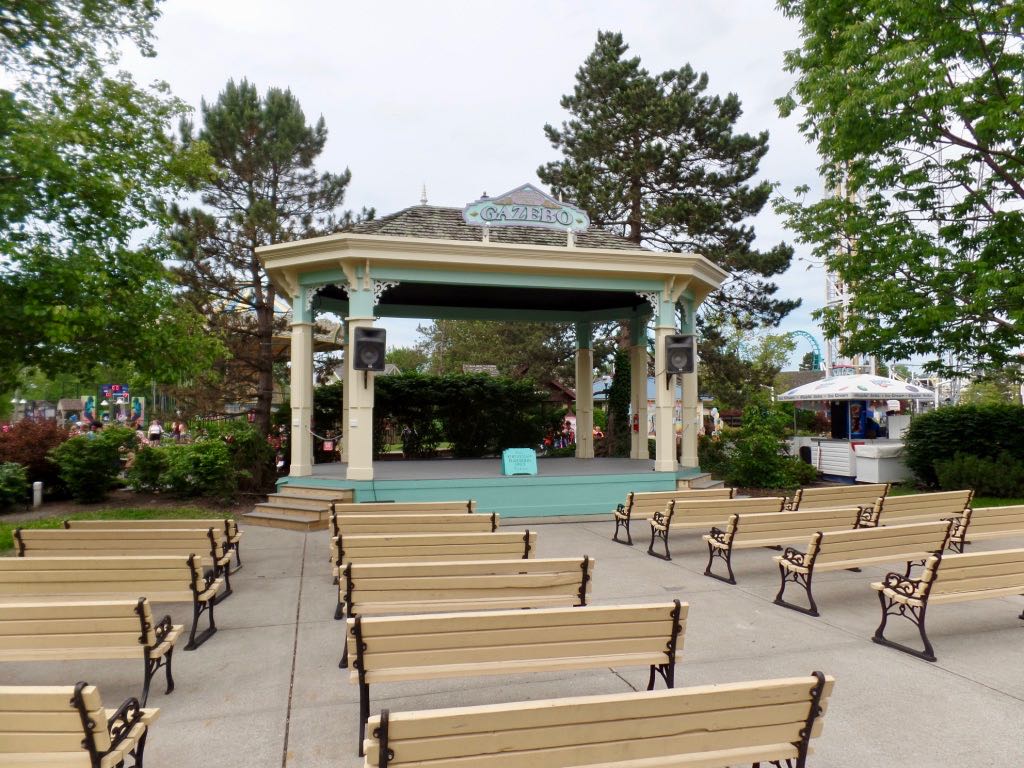 The Gazebo, which would have shows sometime later in the season. 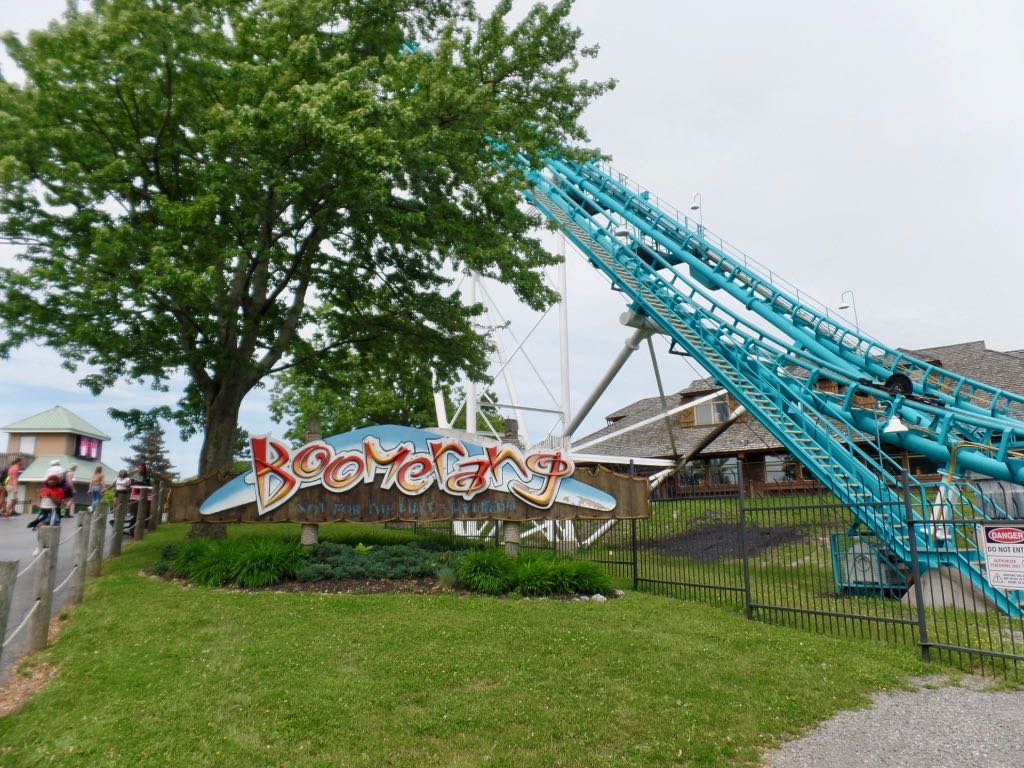 Boomerang: the last coaster we would get to. We've been to a lot of parks with this same model shuttle coaster. It's a fine enough coaster, just it's a bit much riding the spirals backwards. 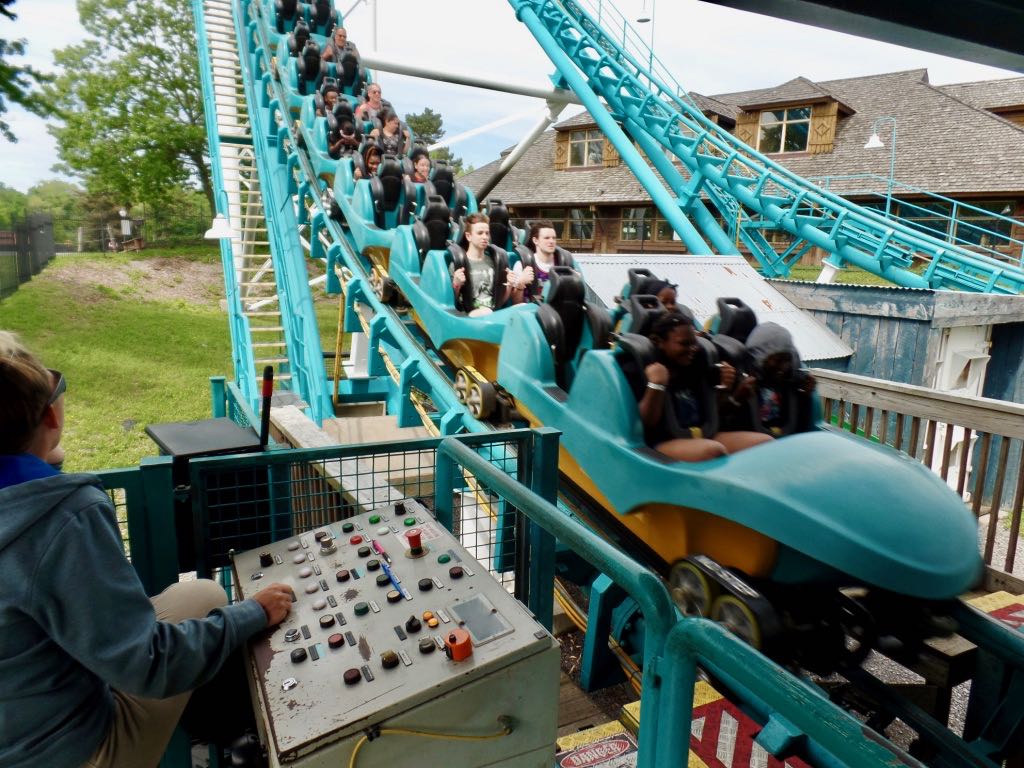 Boomerang launching, and going past the operator's station. Take a look at all those nice colorful buttons! 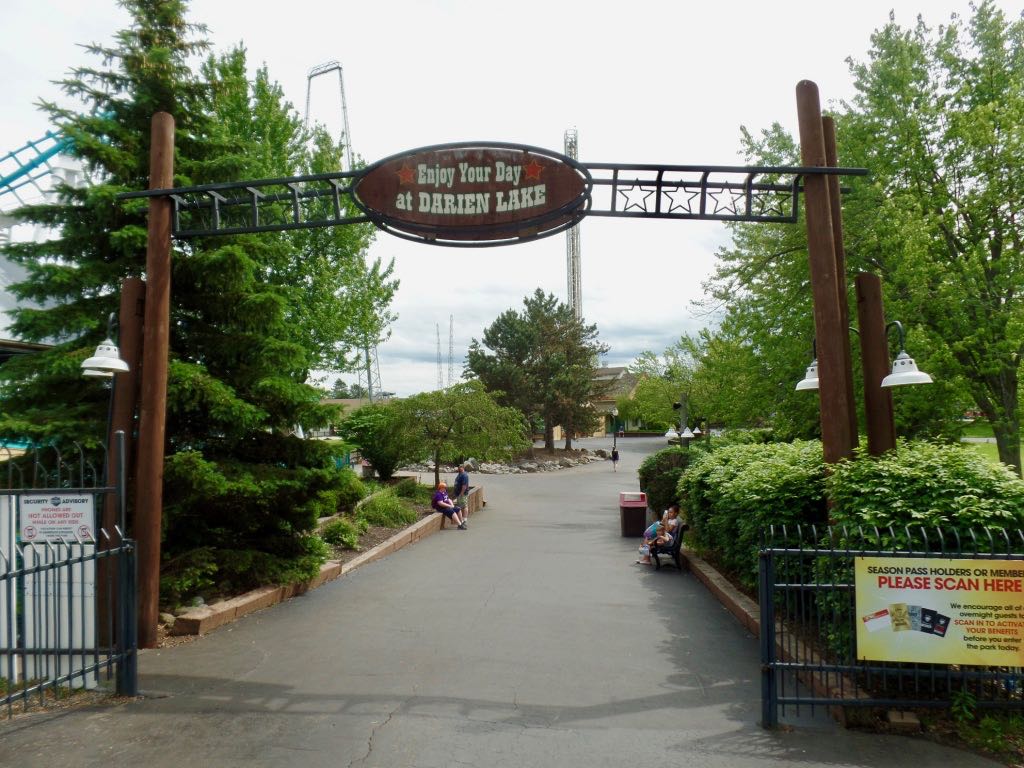 Somehow in going past Boomerang we exited the amusement park area and got into the camping area. Here's a return gate for it which, fortunately, they just left open that time of day and that time of year. 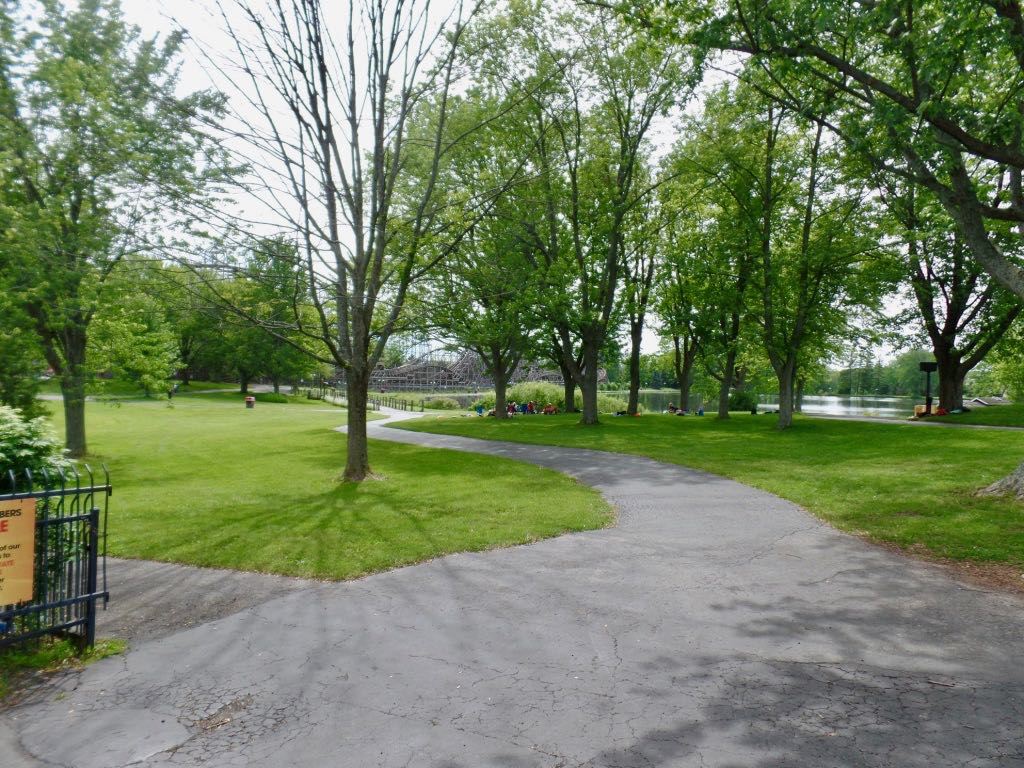 Campground path, I think, that just walks along a lake. Predator's visible in the background. 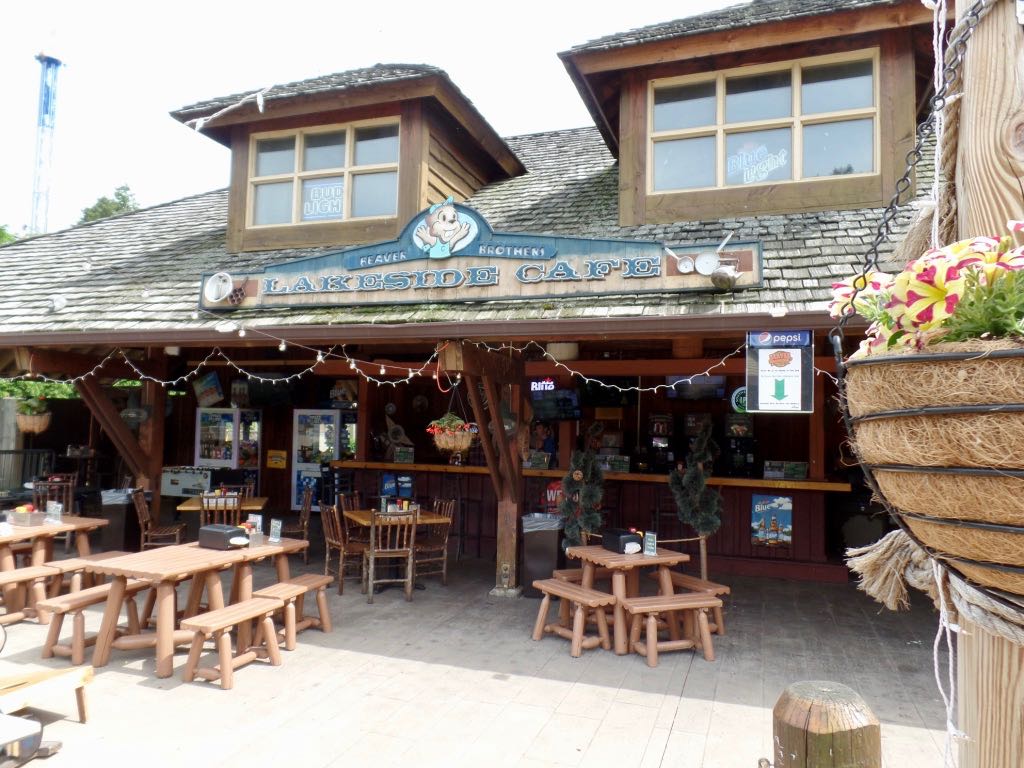 The Beaver Brothers' Lakeside Cafe, which I think we considered for a snack but decided was too much overhead for just eating. 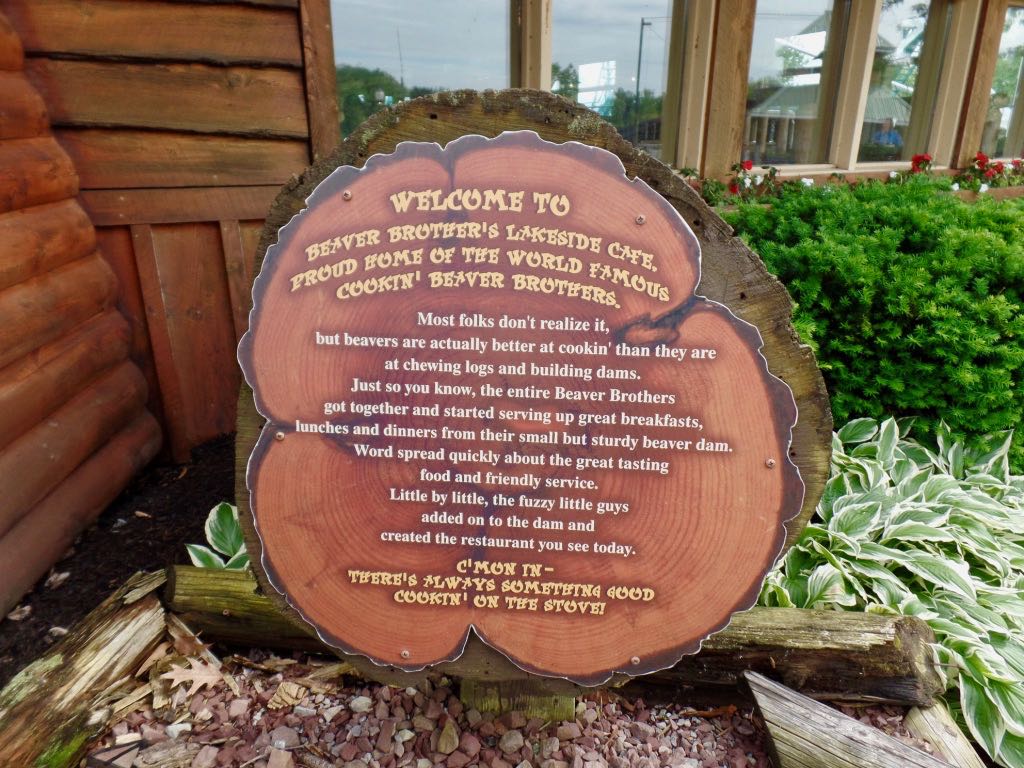 Oh, and here they came up with some backstory to explain why they have the Beaver Brothers Lakeside Cafe, as though the stereotype for 'beaver' wasn't already 'short order cook'? 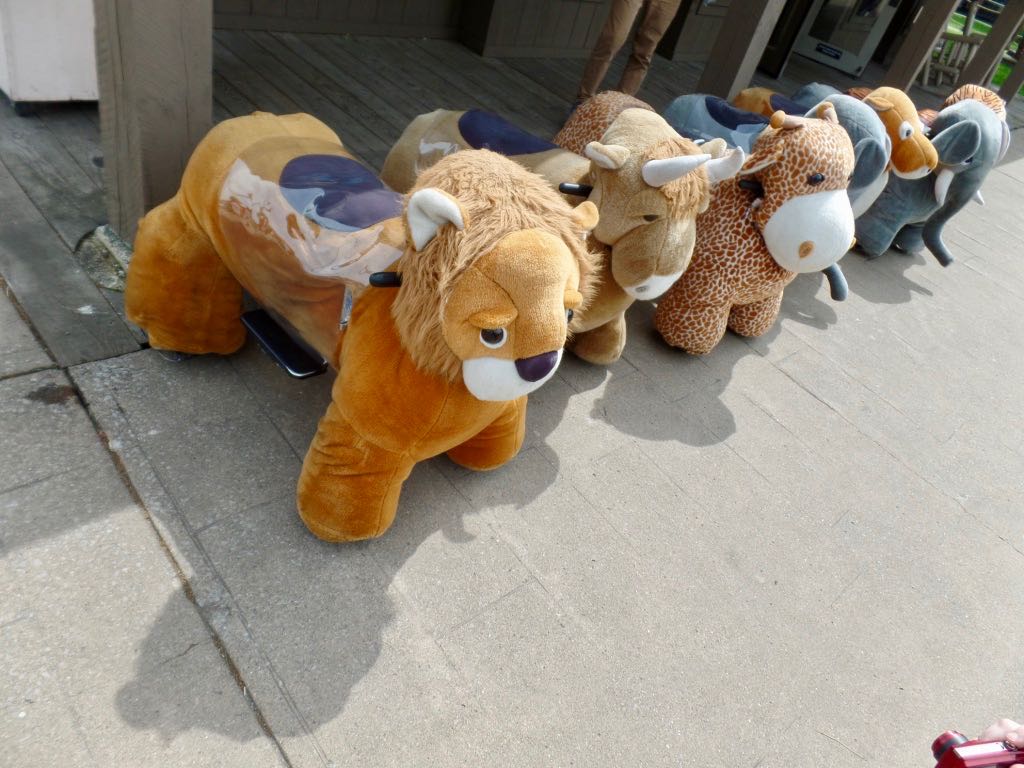 Rentable animal scooter rides near the Beaver Brothers that the clerk tried pretty hard to coax us into trying . 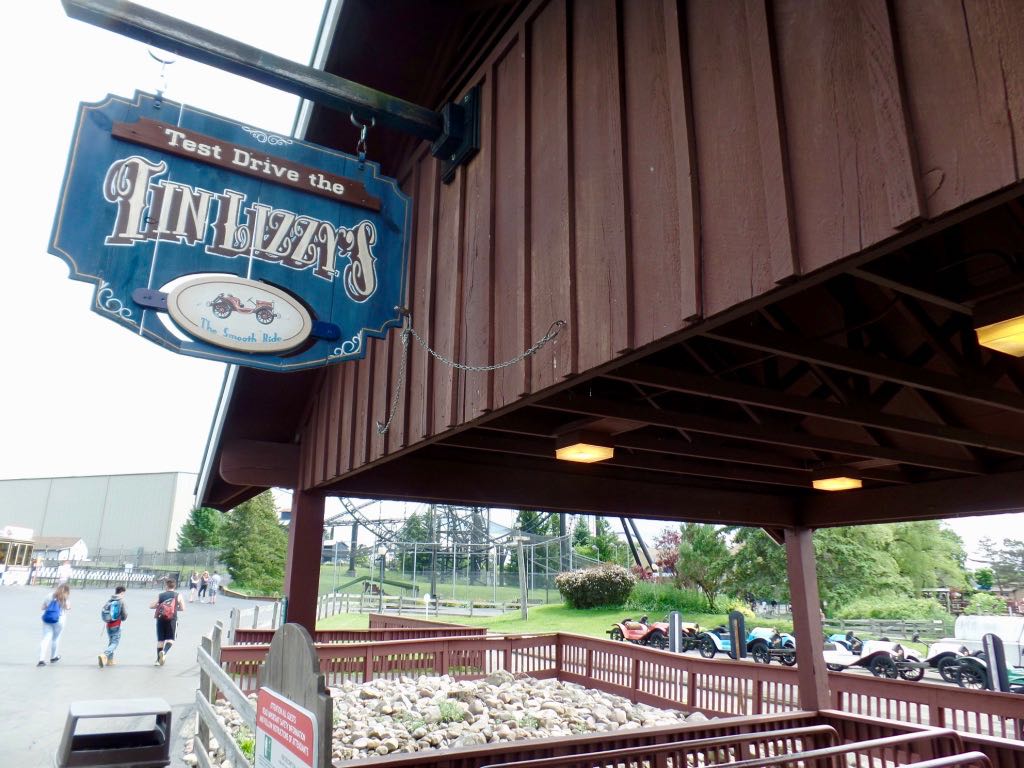 bunny_hugger drive our tin lizzy on the grounds that I drove the whole rest of the trip, even though she offered every time to drive and reiterated her offer every couple hours on the road. 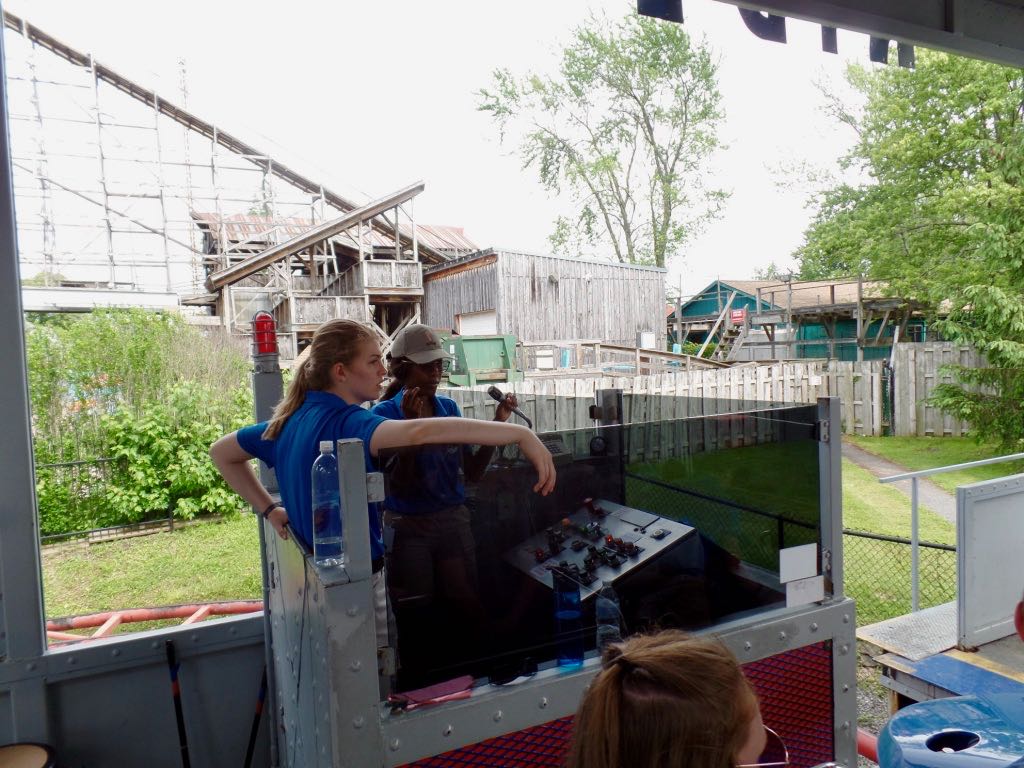 Back to the Ride of Steel; we waited for a front-seat ride and got this view of the operators' station. 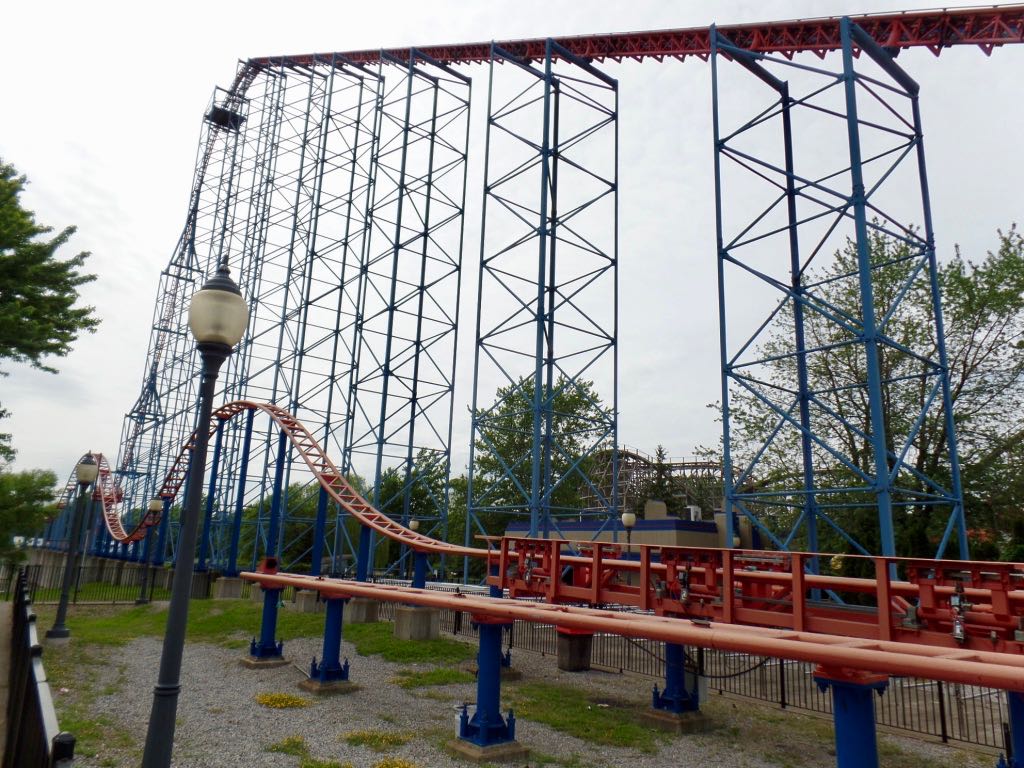 Lift hill and return hill for Ride of Steel as seen from exiting the ride.