Today is just a day for my humor blog. Here's what's been running:

And now ... we reach the end of our Darien Lake trip. Much of the last hour was taken up with the magic show, but the lighting conditions were not ones that let me get good pictures, unfortunately. 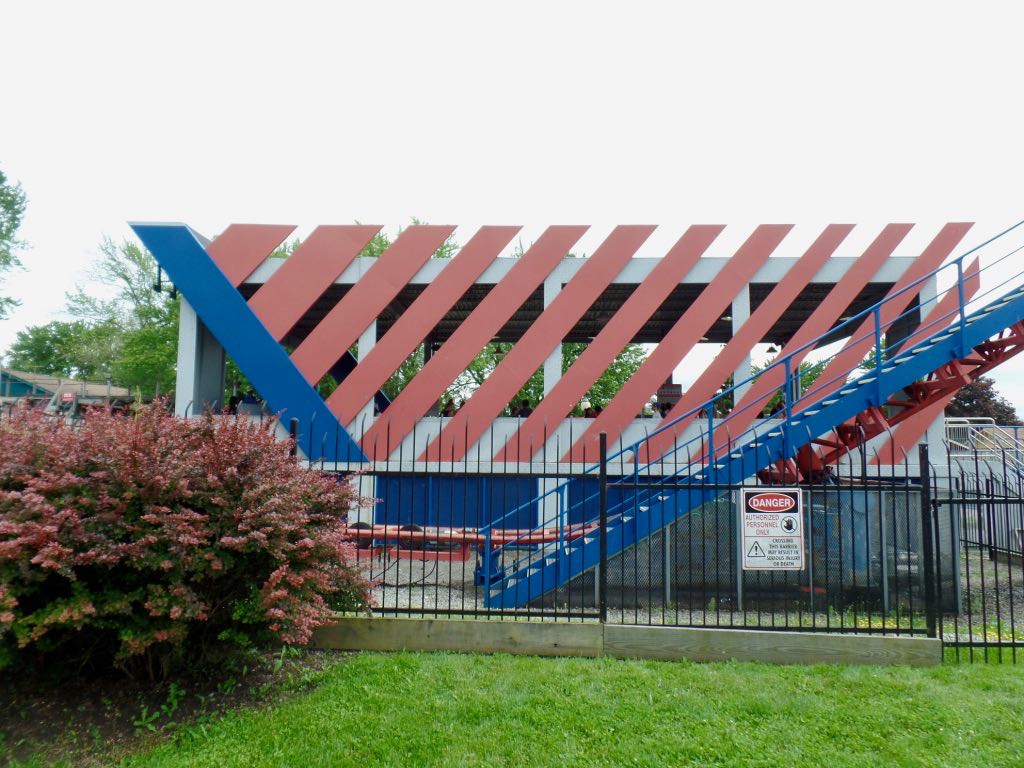 Ride of Steel's station has these diagonal slats that make it look like the Volunteers of America thrift store out on Saginaw. 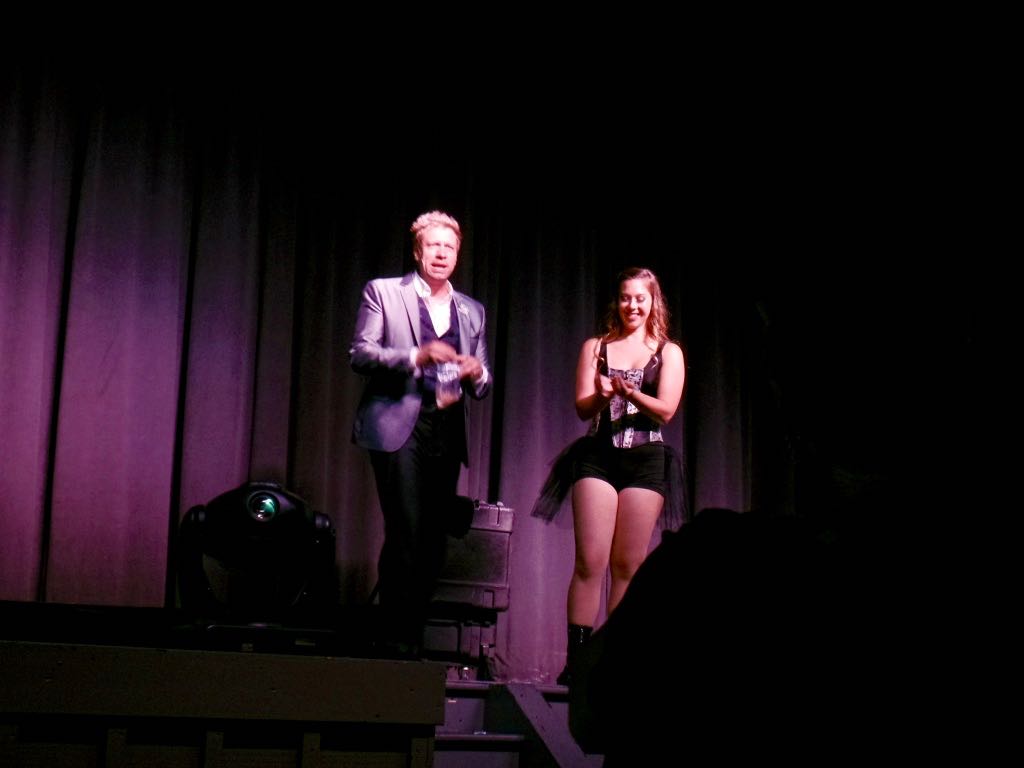 bunny_hugger remembered the magician from when he worked at Cedar Point, a decade-plus ago. She volunteered for one of his stunts (of which I got no good pictures; it was quite dark) and she wasn't able to get the hang of a trick he showed everyone in the audience how to do (a thing about making rubber bands appear to jump from two fingers to the other two fingers on your hand). Afterwards we talked about Cedar Point and he told us that it wasn't that he got too big for them --- he went on to working cruise ships for a while --- but that Cedar Point decided to do their magic shows in-house rather than hire outside magicians. So that was fun to learn. 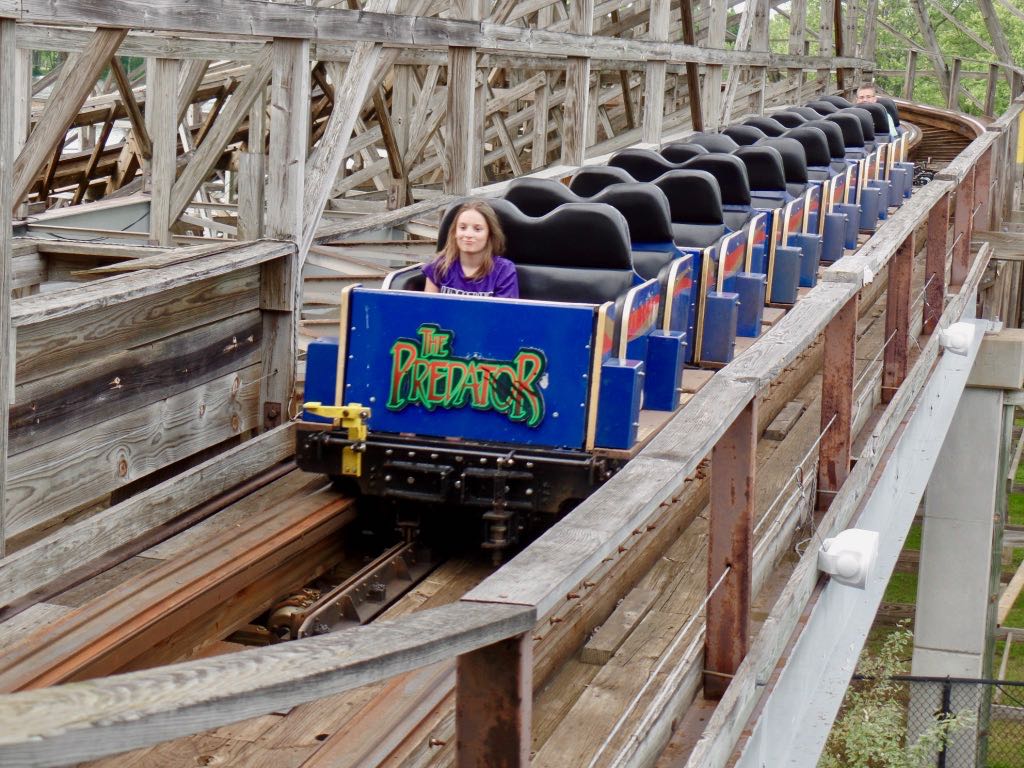 There were several minutes left in the park's operating day after the magic show so we rushed to Predator for one last ride here. 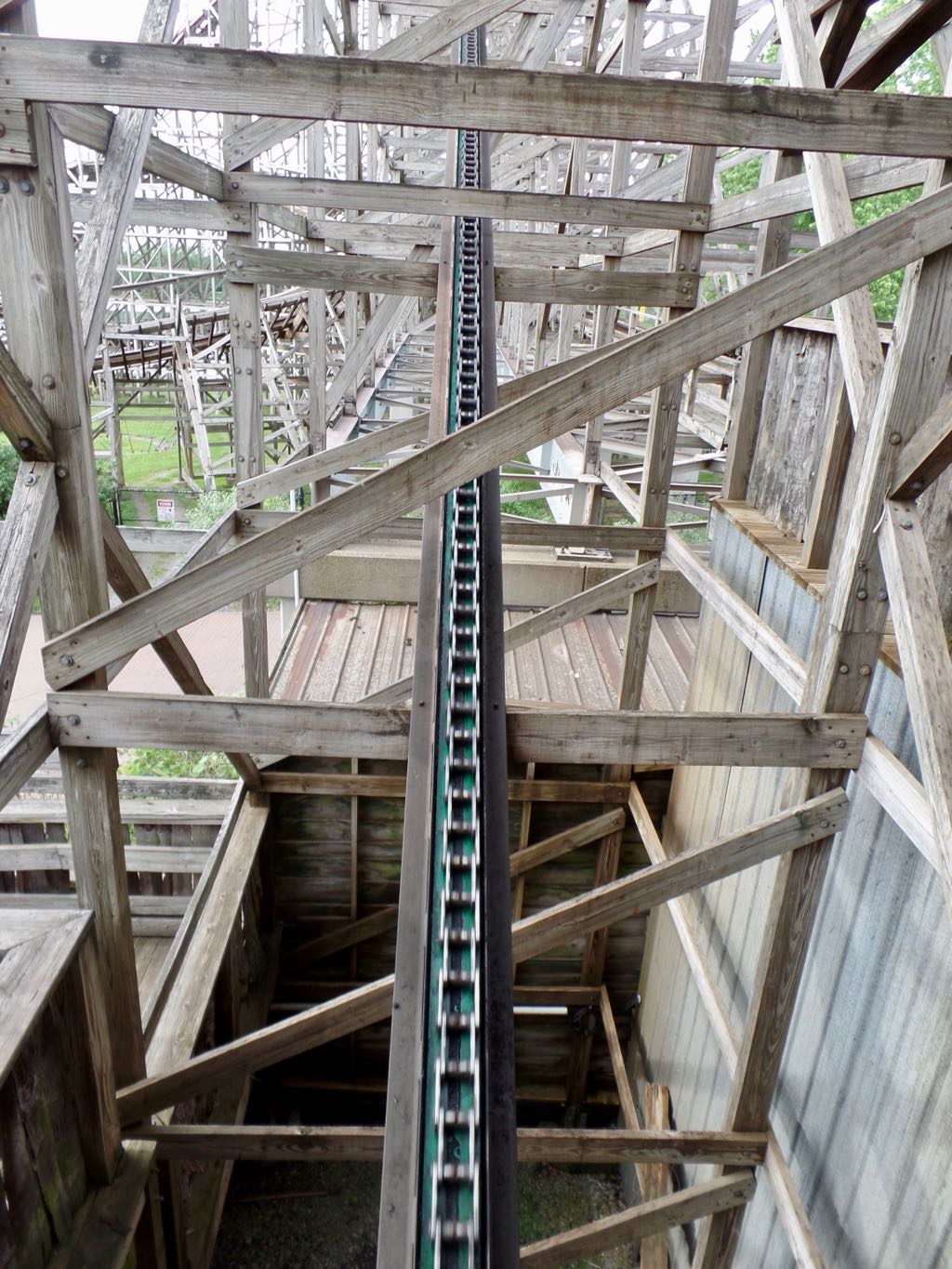 A look at Predator's lift chain, on its return leg; the lift hill is above us here. 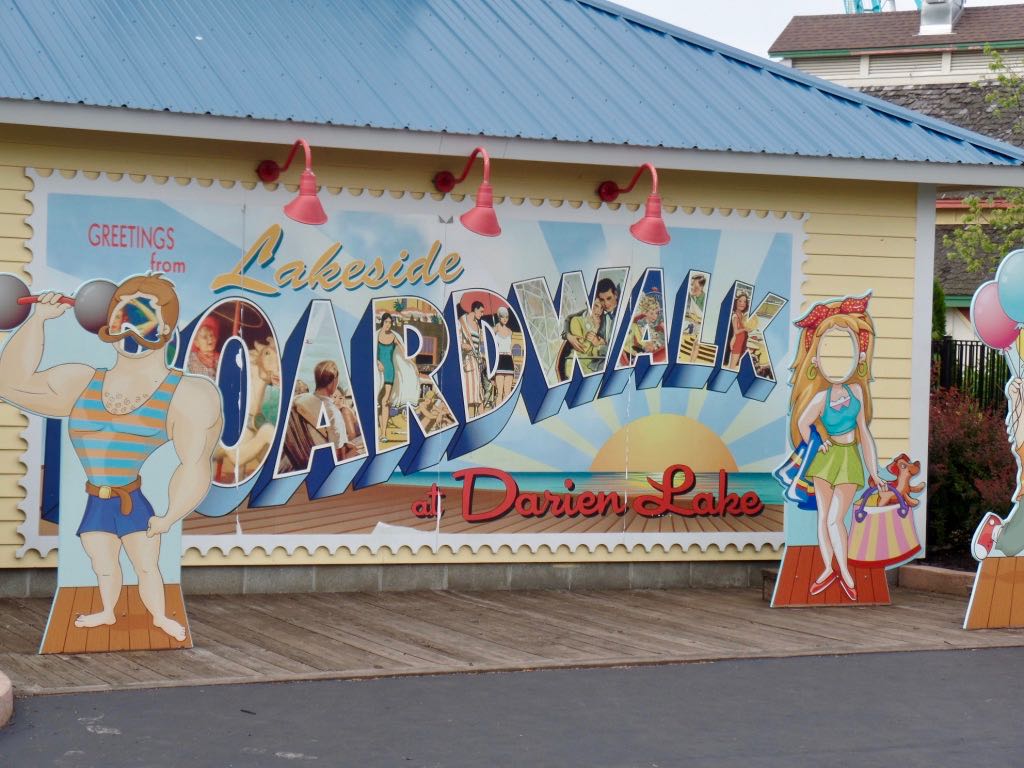 Comic foregrounds for your photography needs. 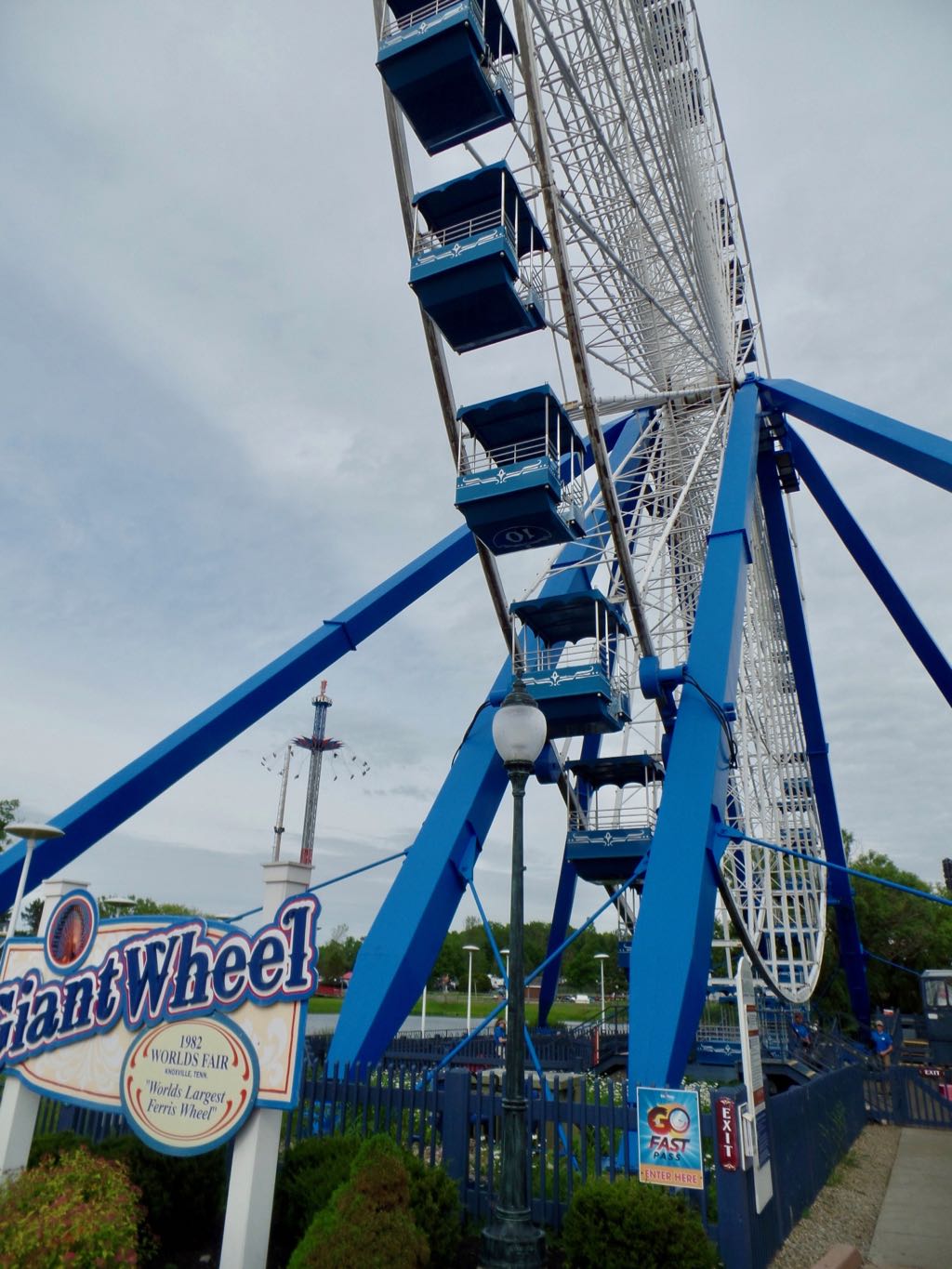 Ah, so, the Giant Wheel: notice the sign. This particular Ferris Wheel had been at the 1982 World's Fair in Knoxville, Tennessee, and was the World's Largest Ferris Wheel at the time. We didn't ride it. 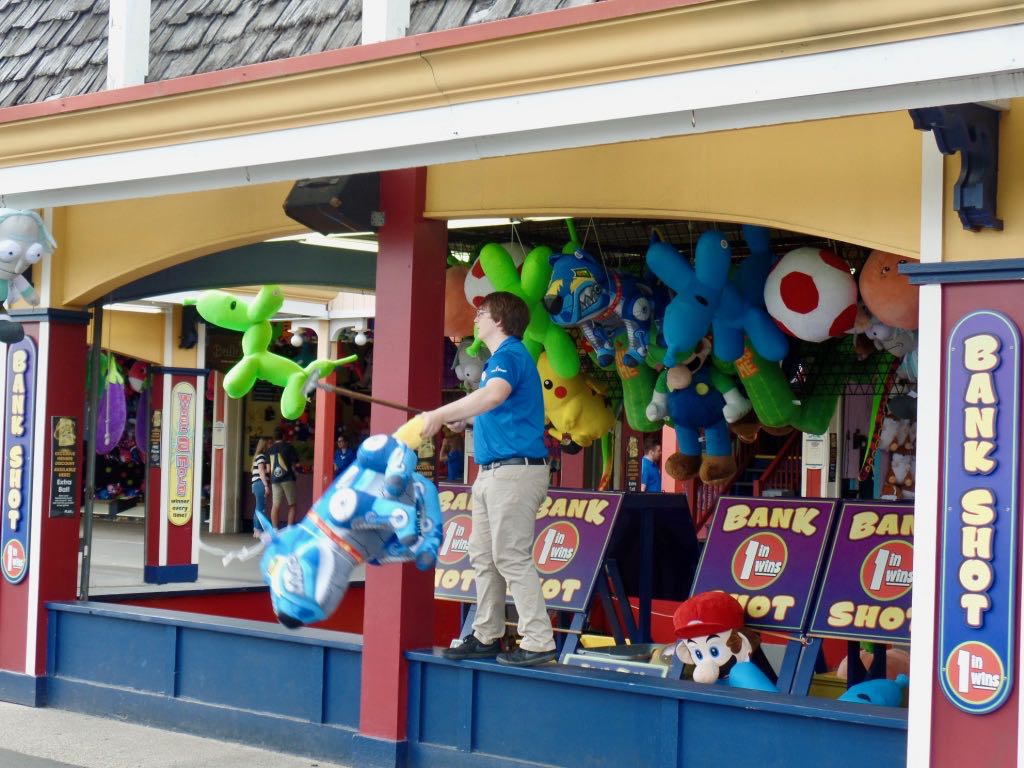 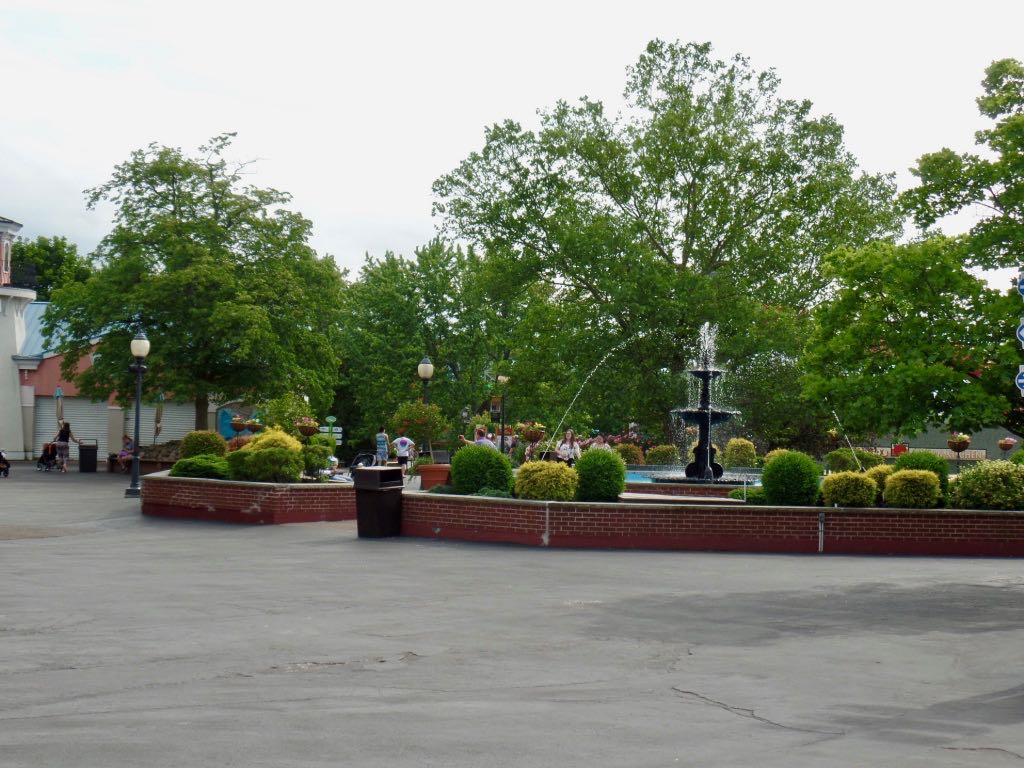 The center fountain and surrounding areas as we walked out of the park. 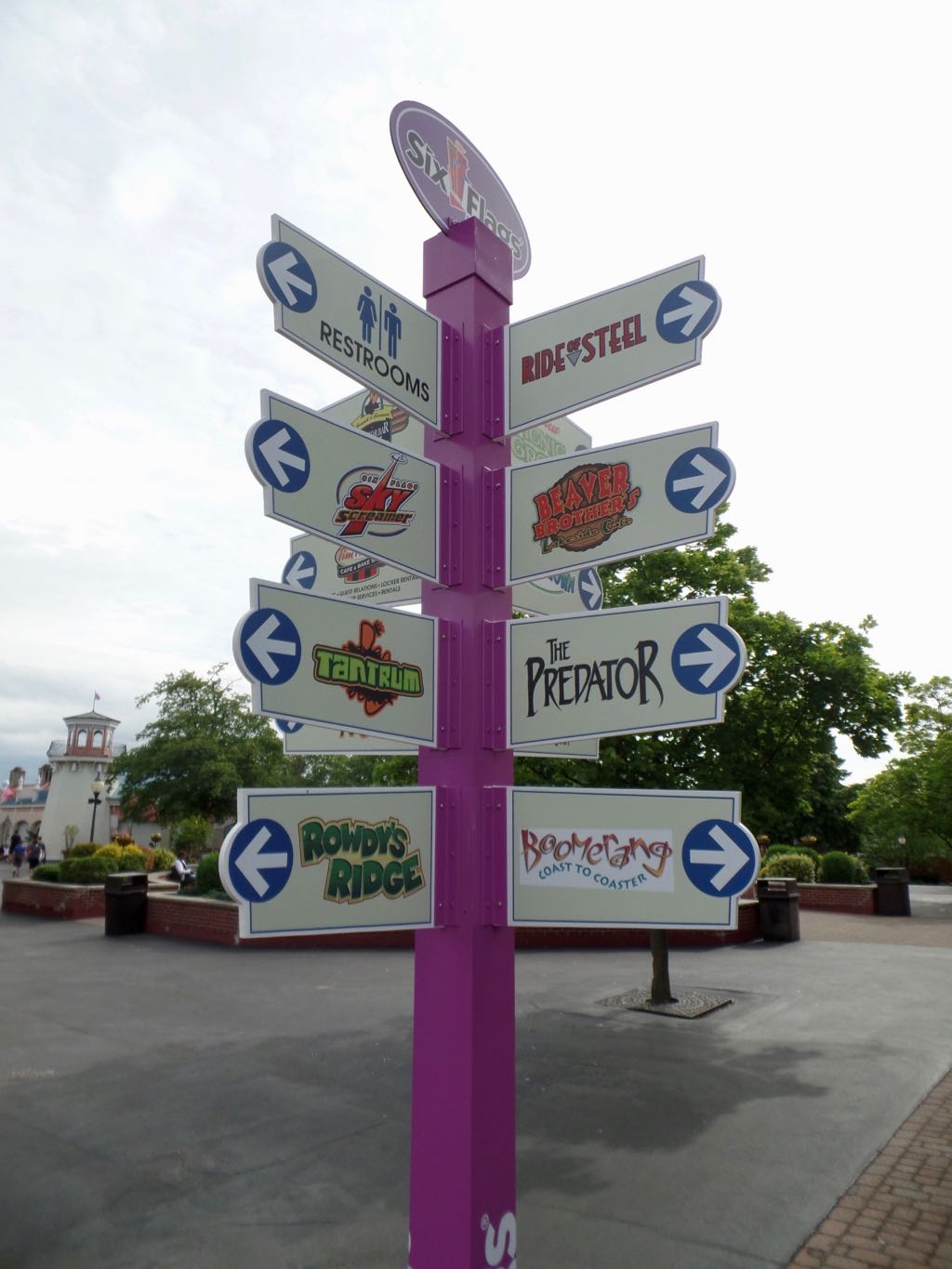 A better-populated directions sign than the one from a couple days ago. 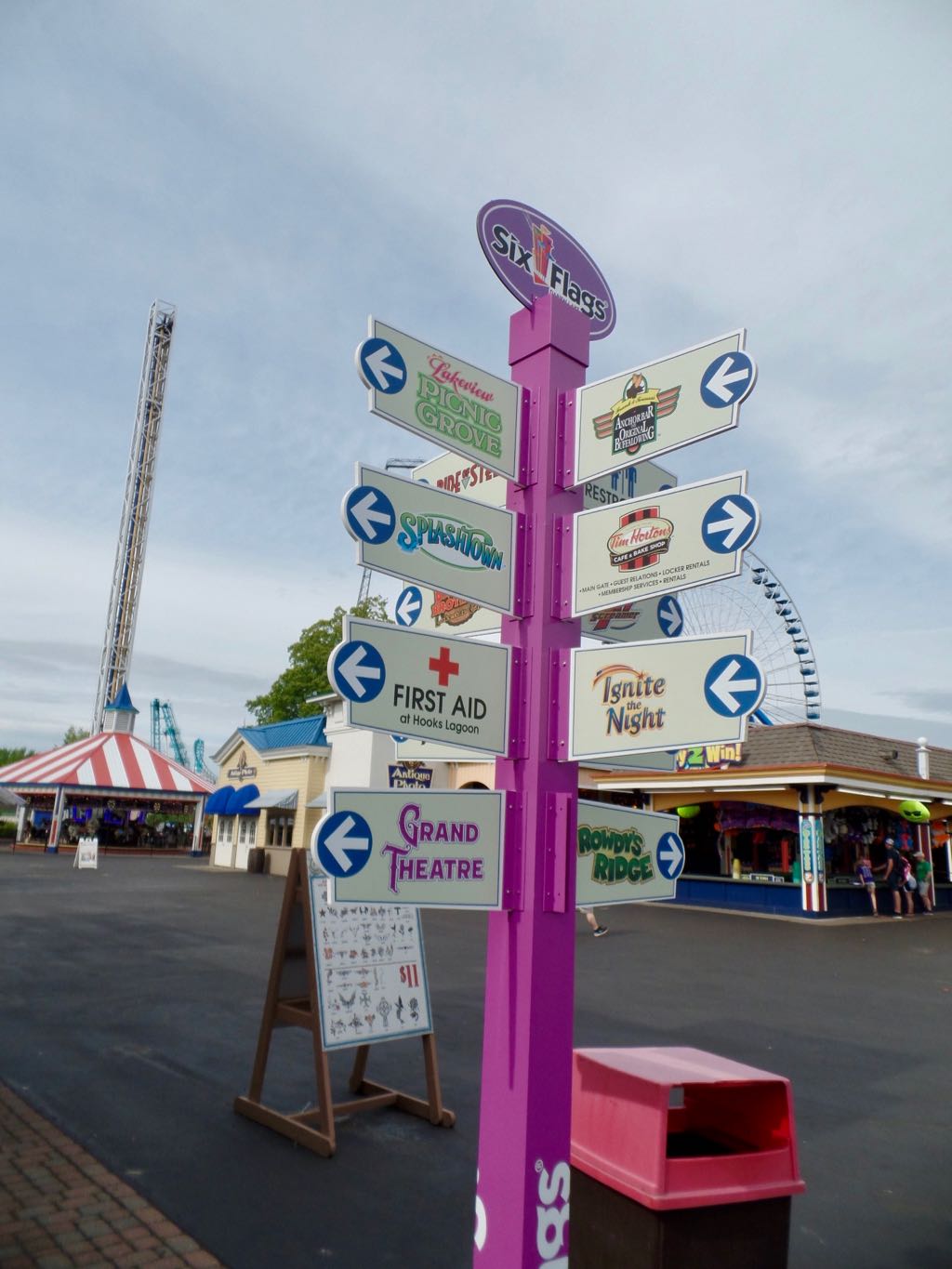 The other side of that directions sign, and a view of one of the midway games that I think is the one we played. We won a pineapple duck. 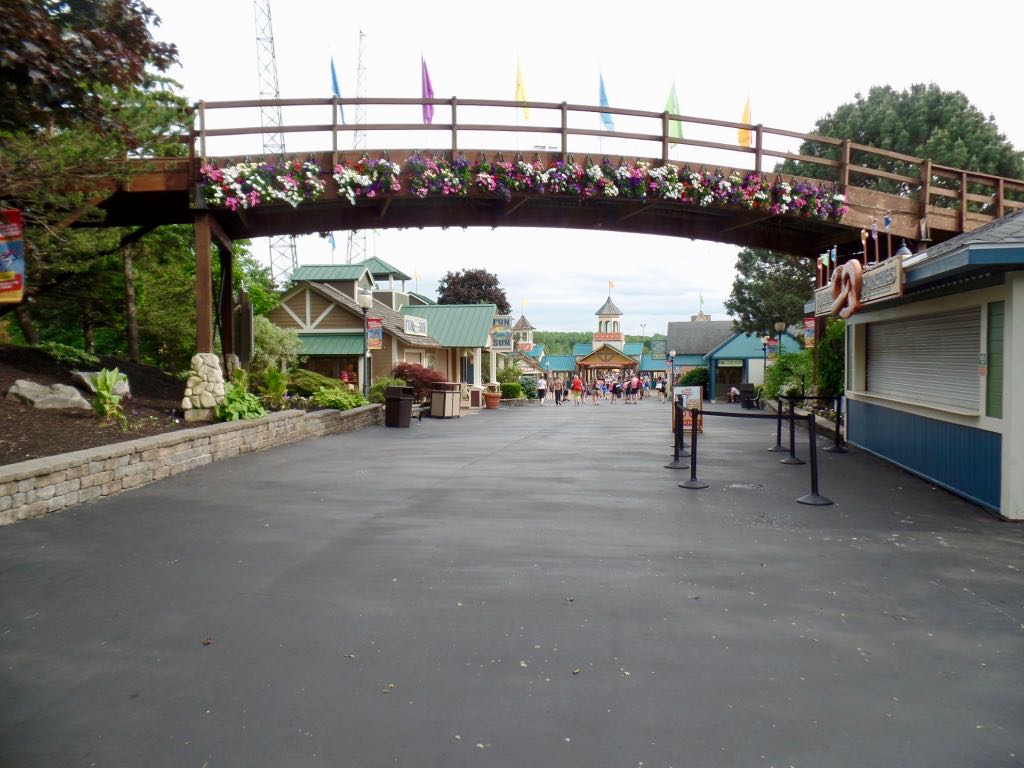 Going back out the park; here's the overhead arch with the six flags from the departing side of things. 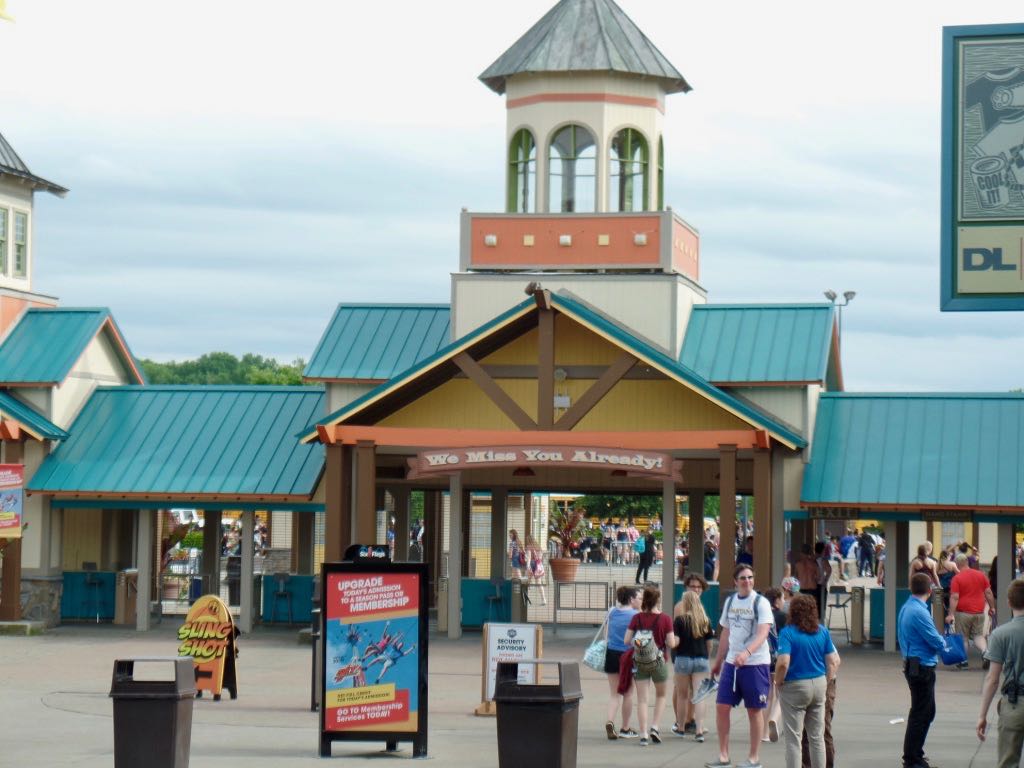 The exit gate and its sweet message ``We Miss You Already!'' Nice place. It was 5pm when we left it.

Trivia: Ecstasy was originally patented in Germany in 1914, by Merck, as a treatment for obesity. It was never marketed. Source: Molecules at an Exhibition: The Science of Everyday Life, John Emsley.

PS: How August 2020 Saw People Finding Non-Comics Things Here, some statistics for my other blog.