Will I catch up to love? I could never tell, I know

Today is the day I look over my mathematics blog, including stuff from the last two big A-to-Z essays. If you didn't see it on your RSS feed, here's my writing:

And in cartoon-watching, I look at 60s Popeye: Potent Lotion, when 'Popeye Punch' was just sitting there ready for the naming as a Gene Deitch cartoon is a bit strange but enjoyed. I know, I know, believe it or not.

Now let's get back to the Allen Herschell museum and a lot of carved wood stuff. 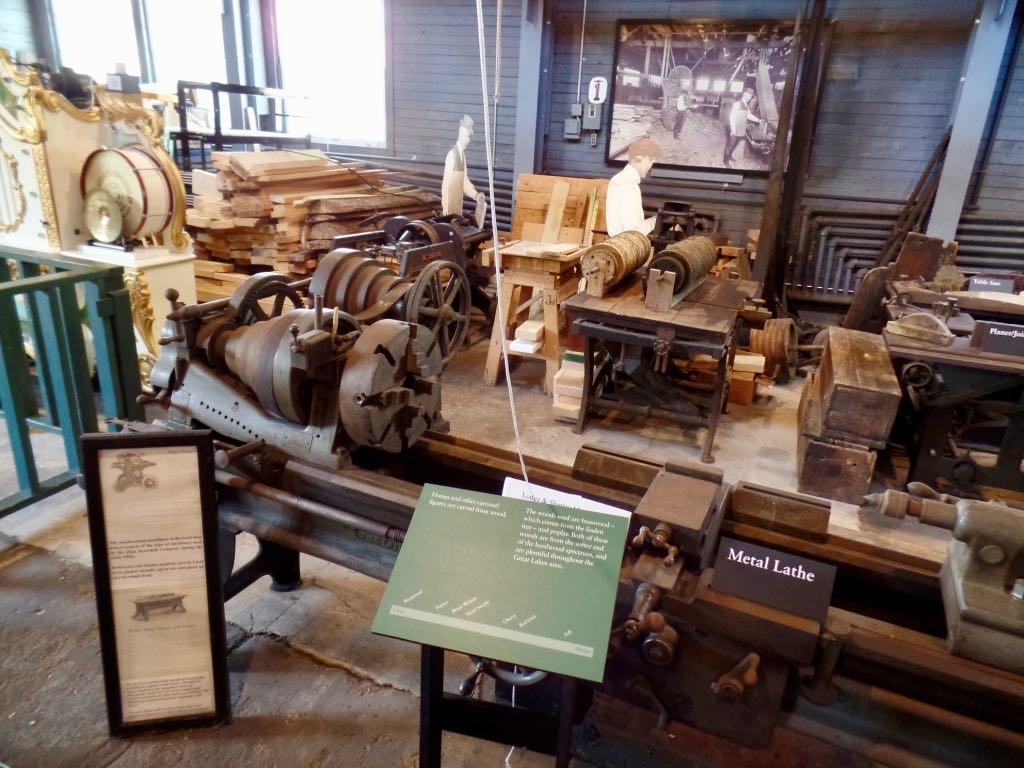 Lathe, such as might be used, and some signs explaining the kinds of wood used for carousel horses (basswood) and such. Note the standees of people at work benches, based on photographs of actual carving, intended to give some idea of what it was like in operatio. 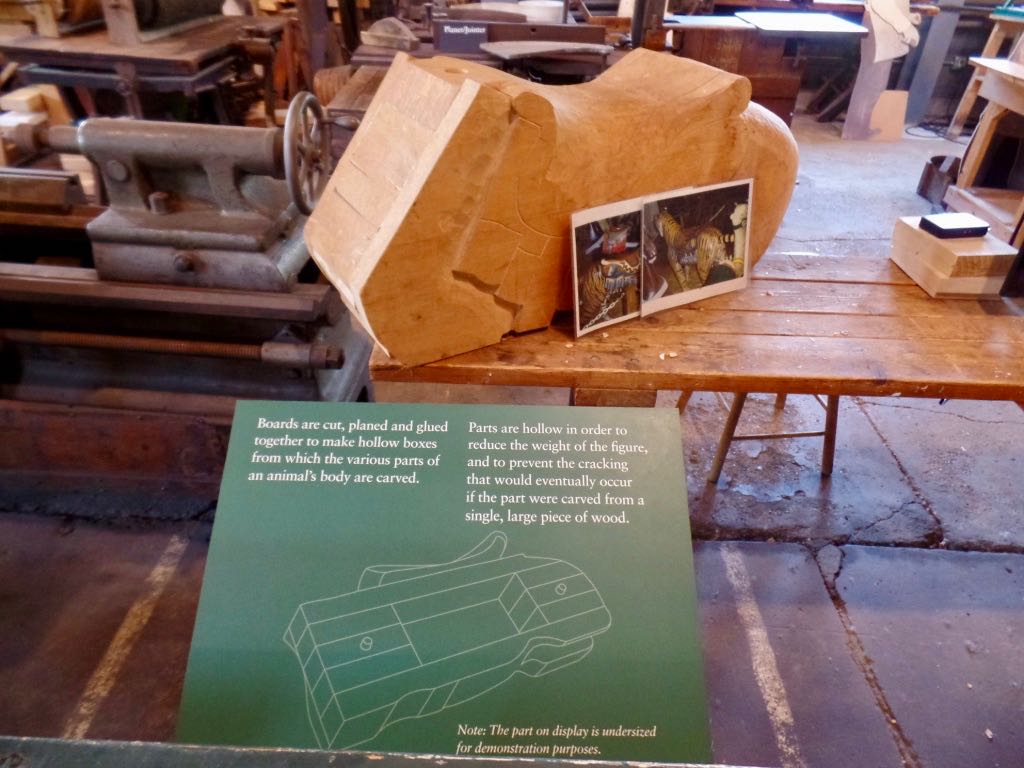 The core of a carousel animal, with a diagram showing how much of it is actually hollow. 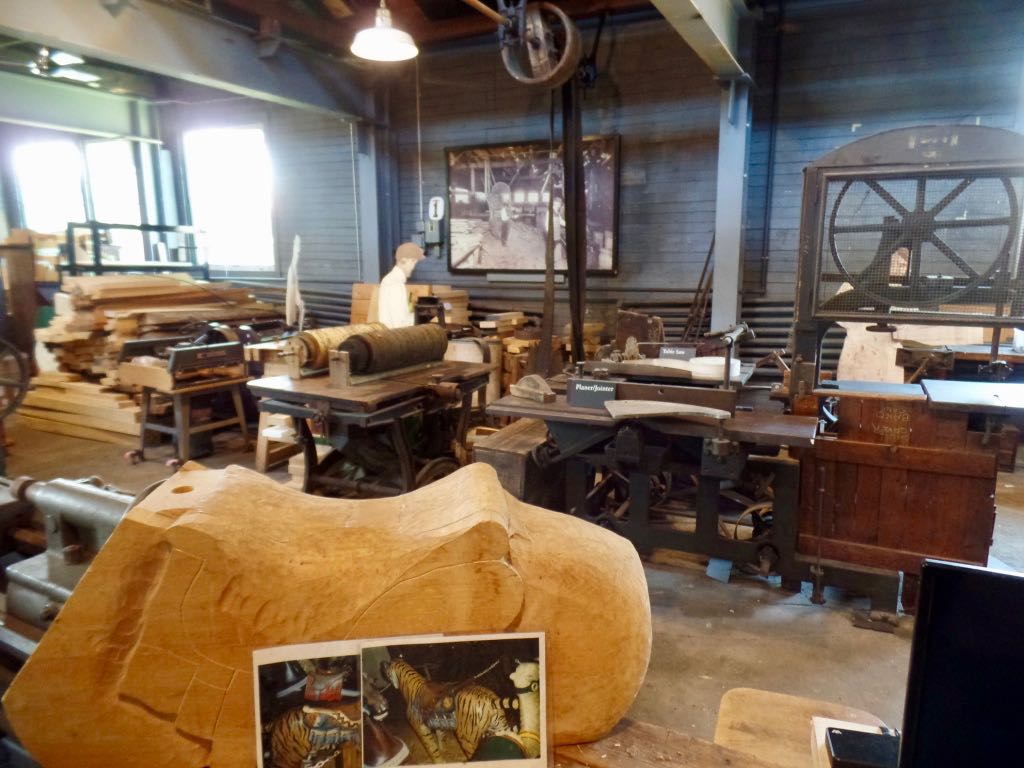 Apparently the demonstration figure would be a tiger, one of the common non-horse animals on your average carousel. 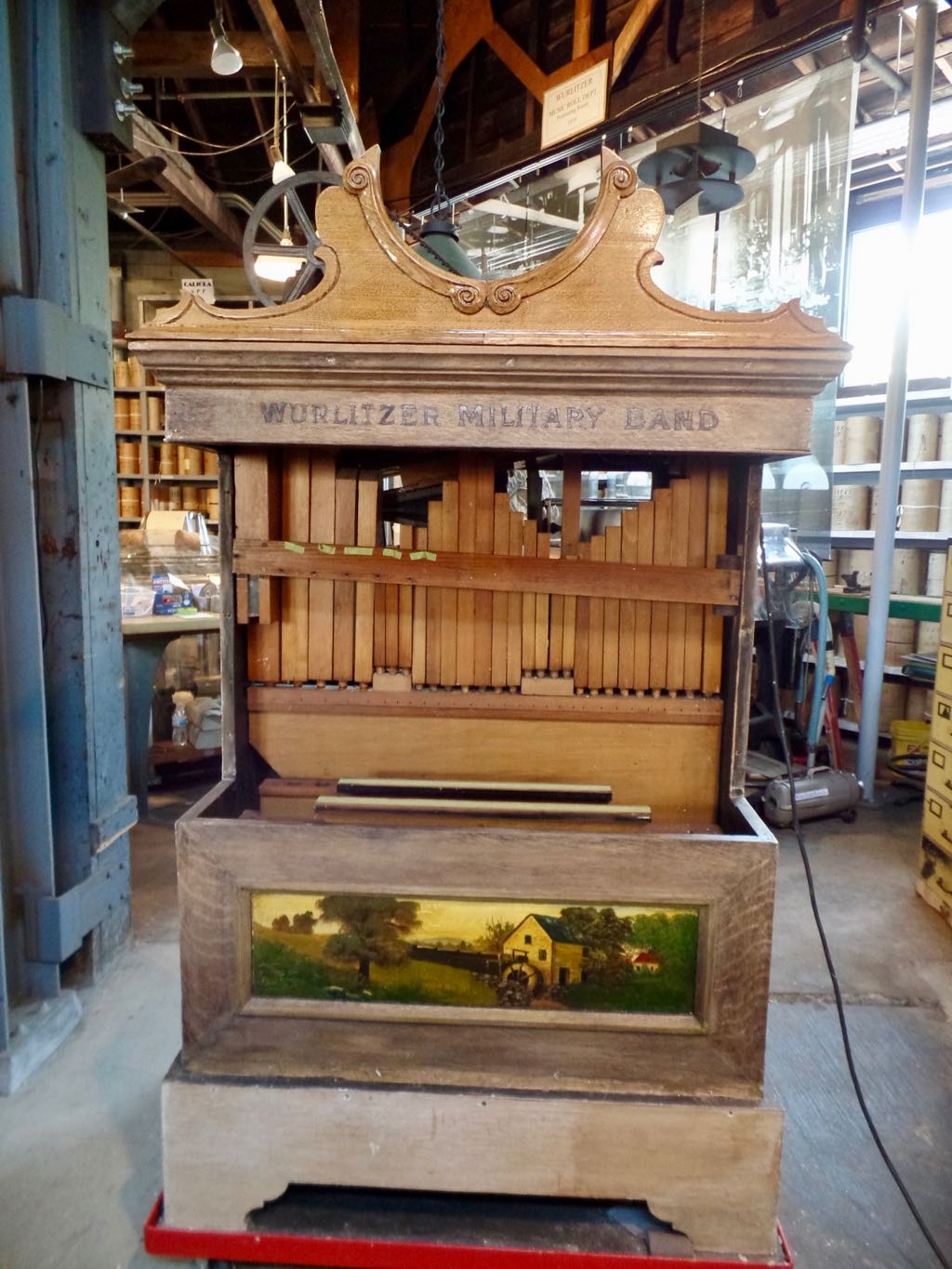 Wurlitzer band. It turns out both Wurlitzer and Allan-Herschell set up in North Tonawanda, New York, near Buffalo, and they had personal and corporate links that get really confusing over time. 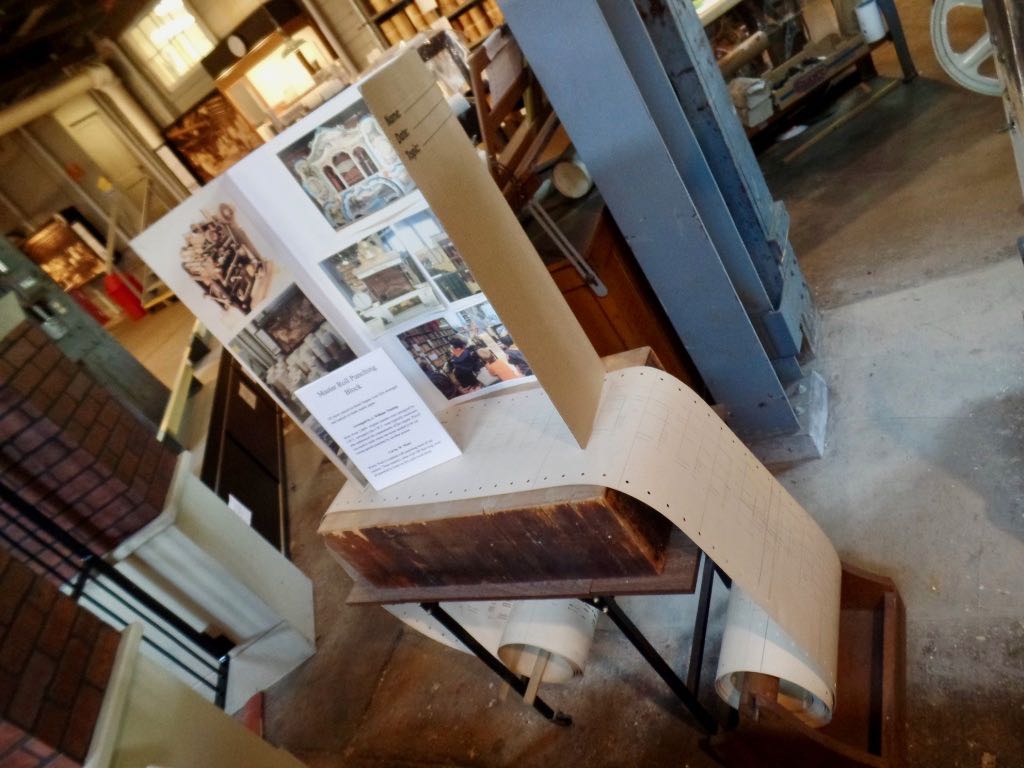 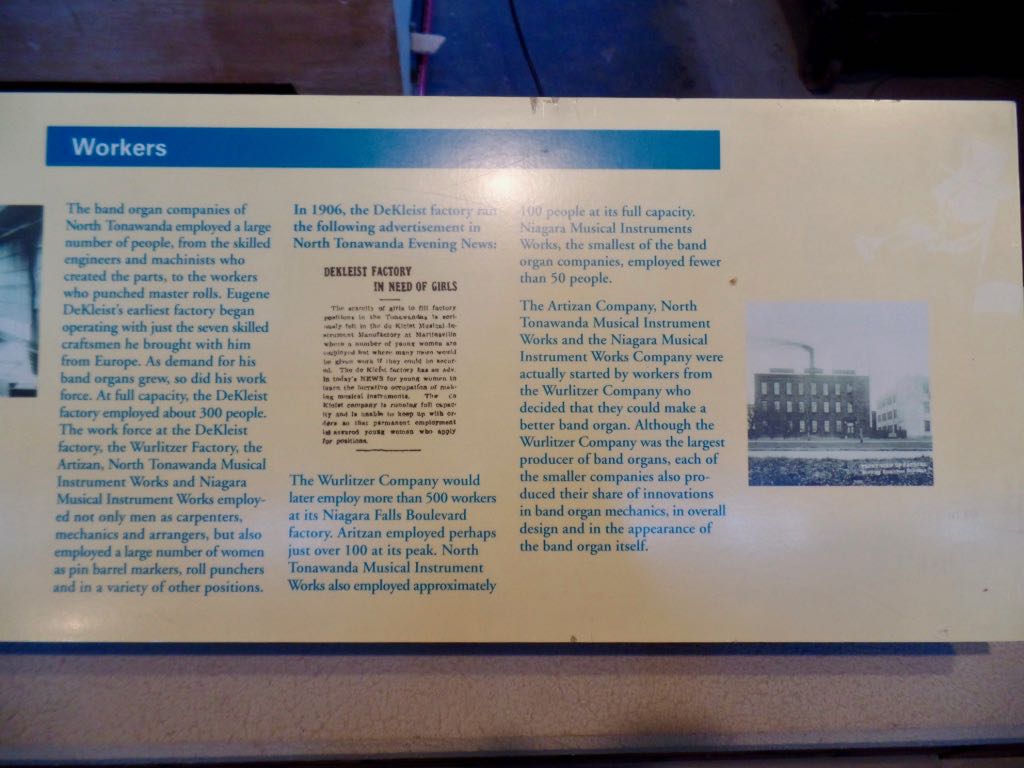 Sign about the history of the Wurlitzer company, and other band organ companies that set up in North Tonawanda, many of which were started by former Wurlitzer employees, so ... like ... there's just the band organ district of Metro Buffalo; who knew? 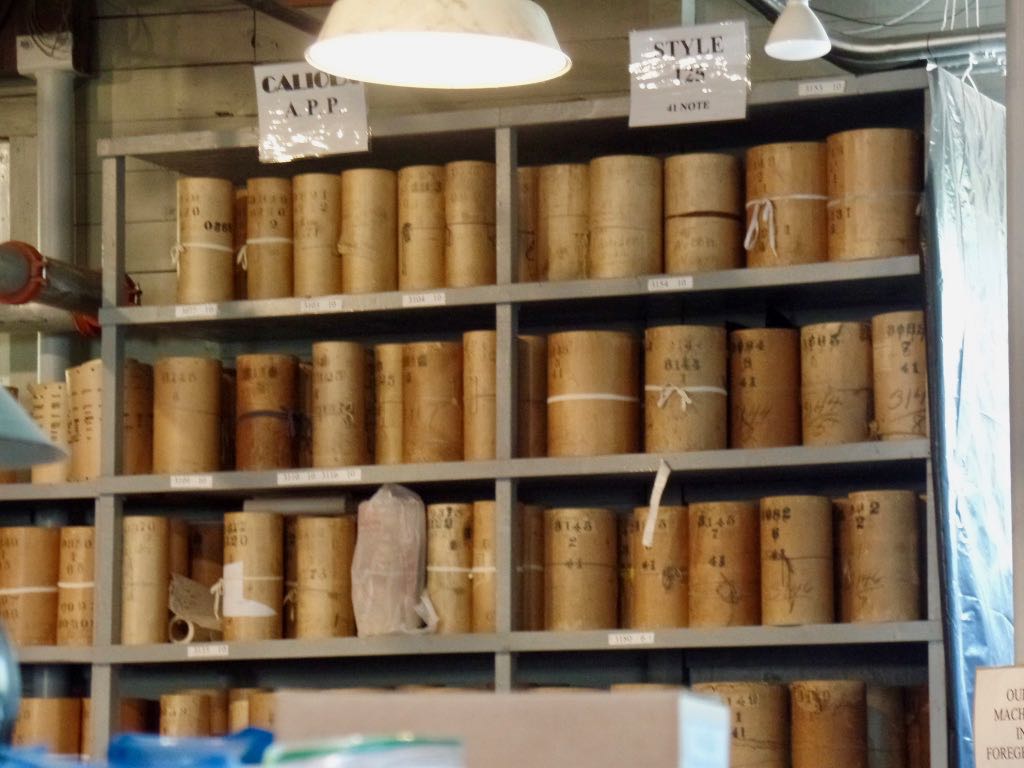 Wurlitzer music scrolls! And lots of them. 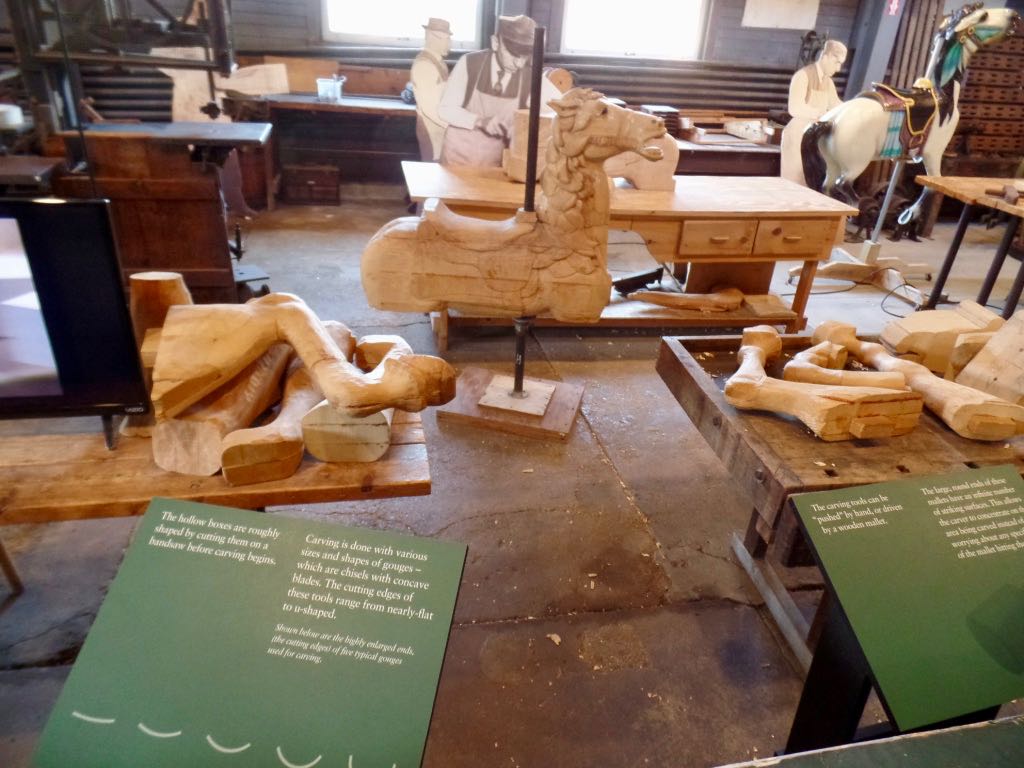 More carving equipment and stages, showing off just how near an assembly line the process was at its peak. 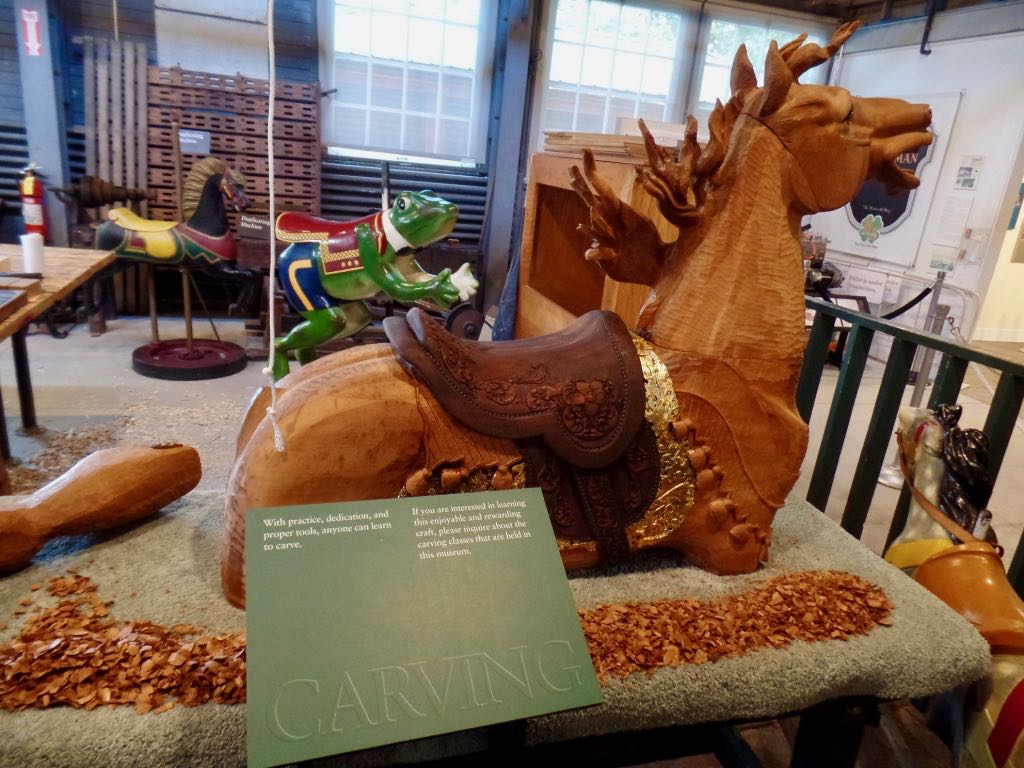 And the last stages get the sorts of fine carving that look so amazing on a carousel animal. 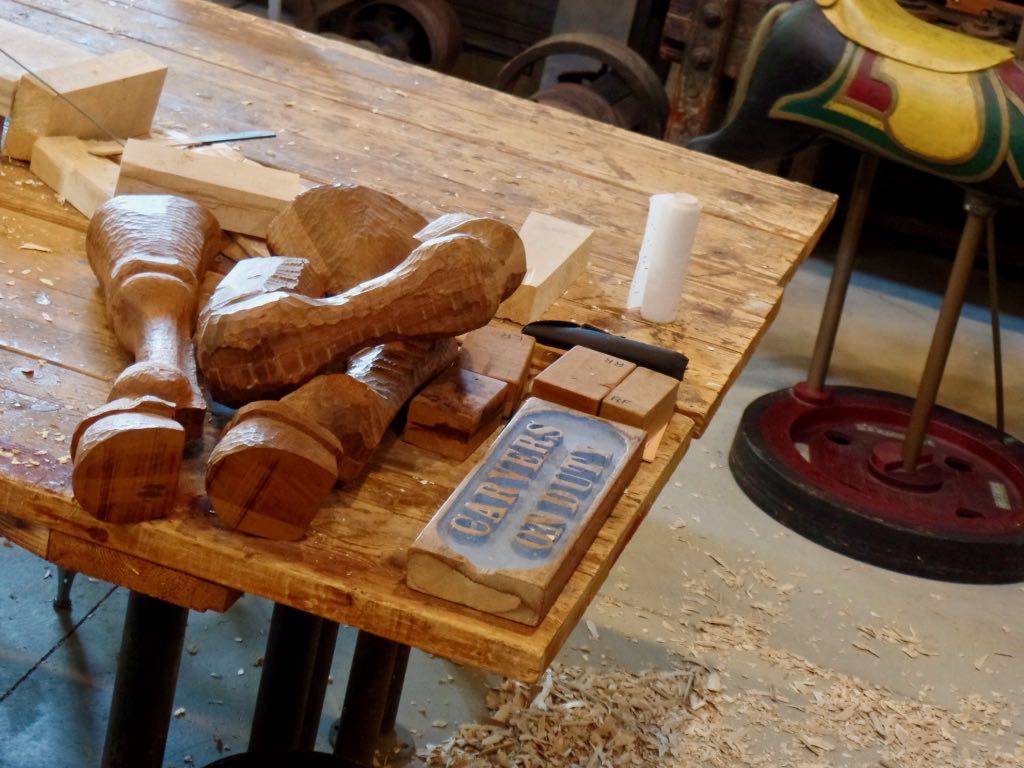 Must be a heck of a thing to be one of the carvers, though, and have to start each shift --- plus every time you come back from break --- by carving a new ``Carvers on Duty'' sign. 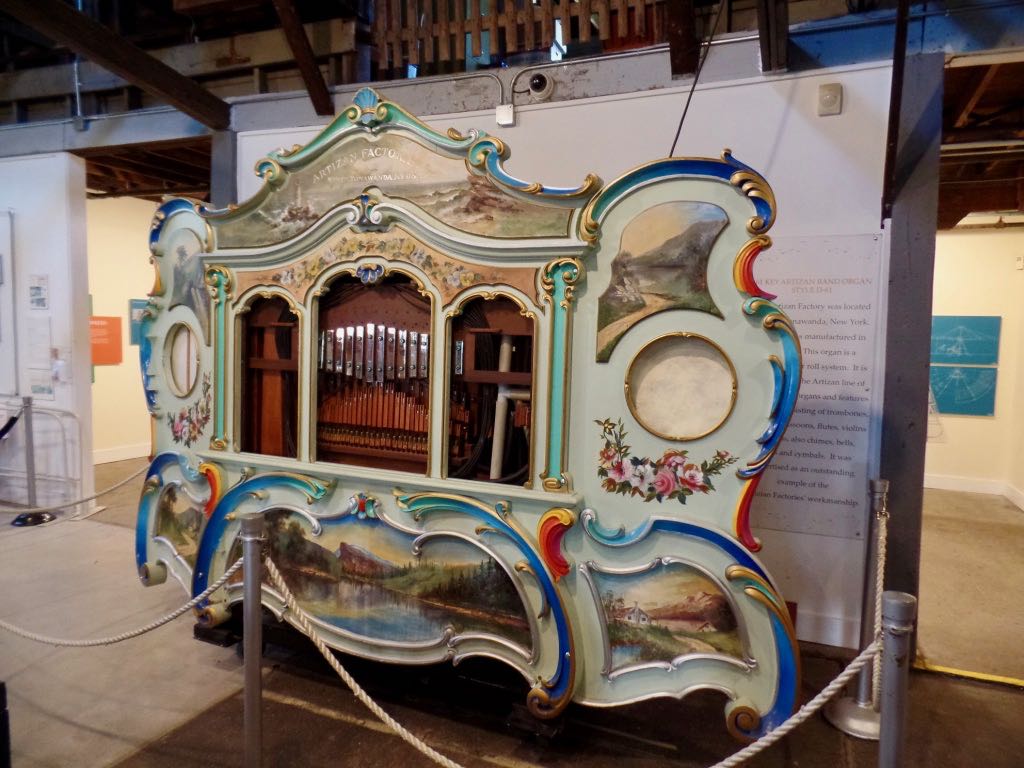 And here's an example of an Artizan band organ. 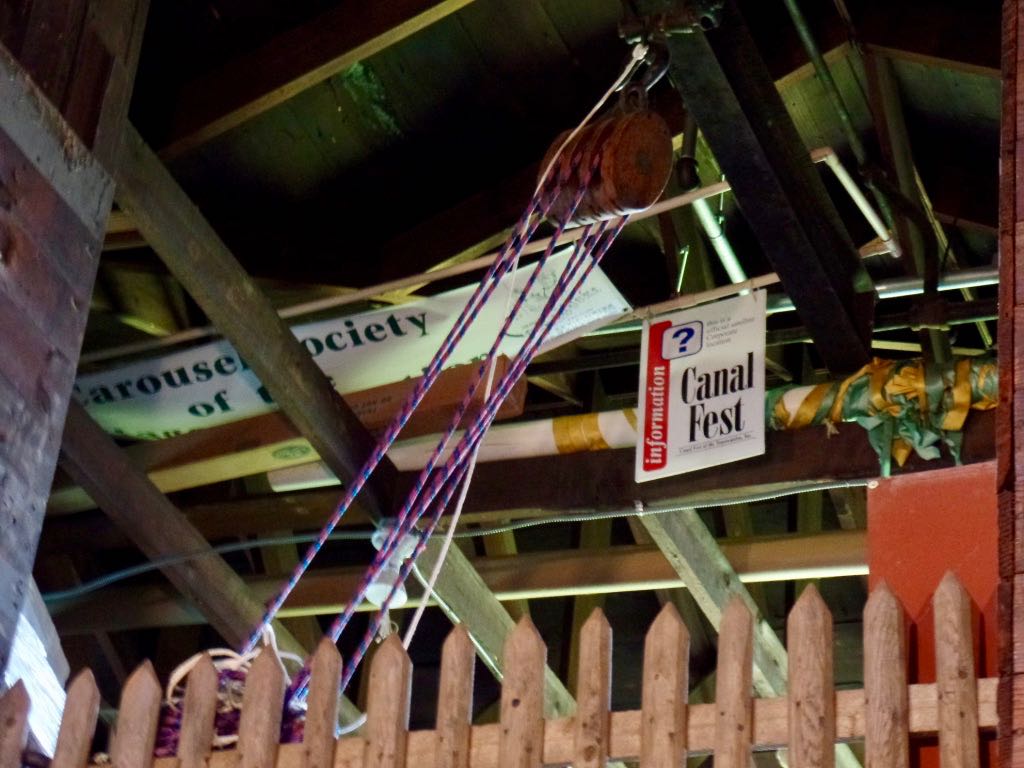 Stuff in the rafters above that Artizan band organ, including some signs from a carousel society and some Canal Fest held sometime or other.

Trivia: Detroit Tigers catcher Birdie Tebbetts told a story of one game in which the Tigers let Ted Williams call his own pitches, which so unnerved him that Williams went 0-for-5 during the game. Ty Cobb told a similar story in which Al Bridwell went 0-for-5 the last day of the season after being allowed to call the pitches to him. Source: A Game of Inches: The Story Behind The Innovations That Shaped Baseball, Peter Morris. Cobb's story matches no known games. Tebbetts' story is unverified but apparently not disproved either. It violates no baseball rules to ask the batter what pitch to throw, or to just tell him what pitch is coming.