Chasing after you is like a fairy tale, but I

In better circumstances today would probably have been our night visit to Michigan's Adventure. Not that the park's open at night, but that at the end of the season it stays open until 9 pm, and sunset creeps early enough that you get a good half-hour of darkness in a park that has almost no general lighting. We'd probably have considered whether to stop in Grand Rapids and eat at Stella's. Whether we did would depend on whether we'd gotten there recently. We had been thinking of rejoining Grand Rapids Pinball League for their spring season, and while we'd probably have gotten Two Beards Sandwiches more than anything else, we'd have chances to go to Stella's. We might have gone to the first couple rounds of the summer season for Grand Rapids;

bunny_hugger would have had to miss the last night for school, but that's still four nights out of five she could have made. In better circumstances.

The Allan Herschell Factory Museum was a really fascinating place. Although here I started getting into photographs of flyers, so if you're not interested in old promotional pieces you might not get so much out of this round of pictures. Sorry not sorry. 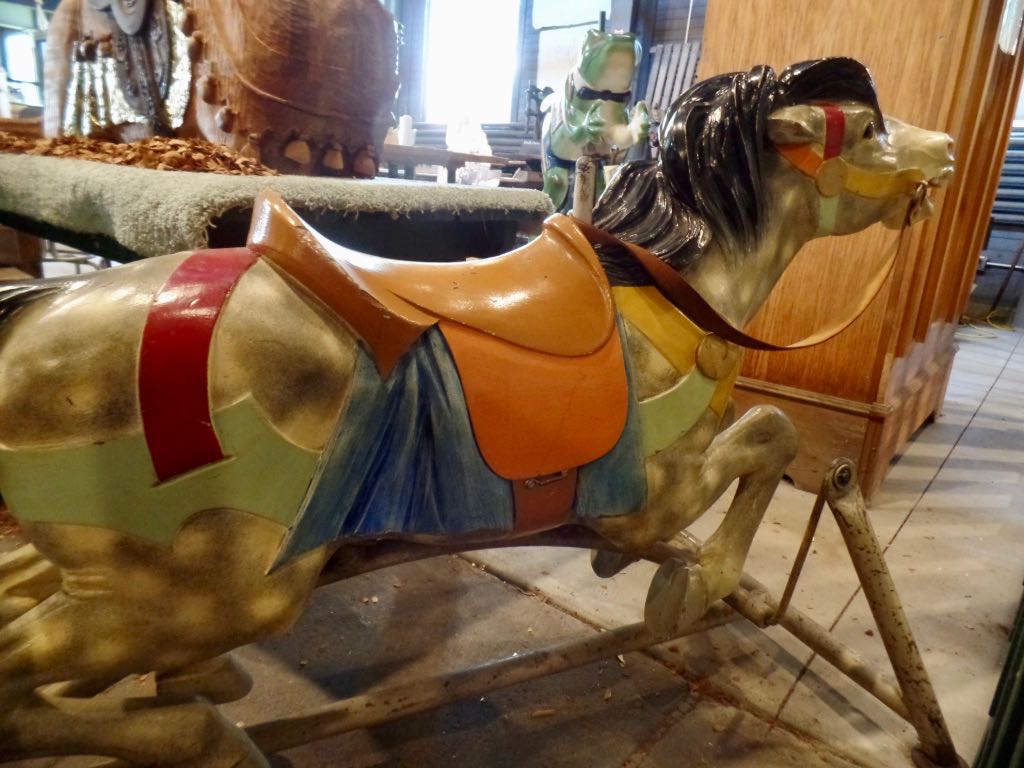 Carousel-style horse mounted on a rocking-horse frame. Might be a rocking horse by original design. 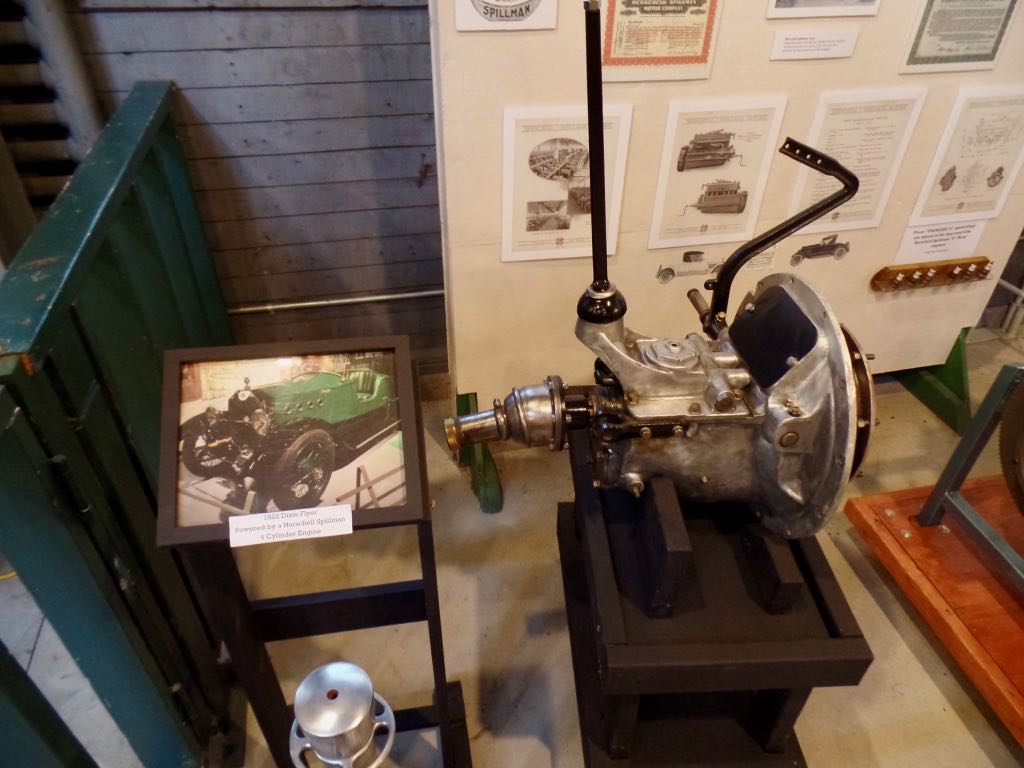 Something we did not expect to see: Herschell-Spillman made car engines for a while! 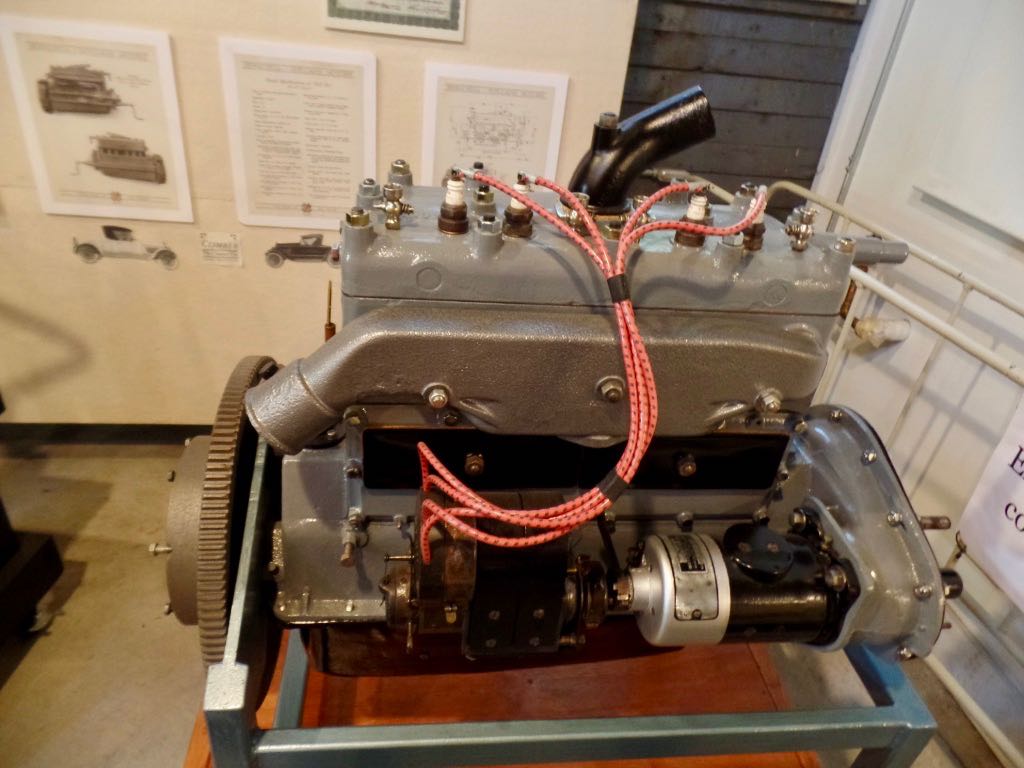 An example of, I believe, the Herschell-Spillman H-8 car engine. 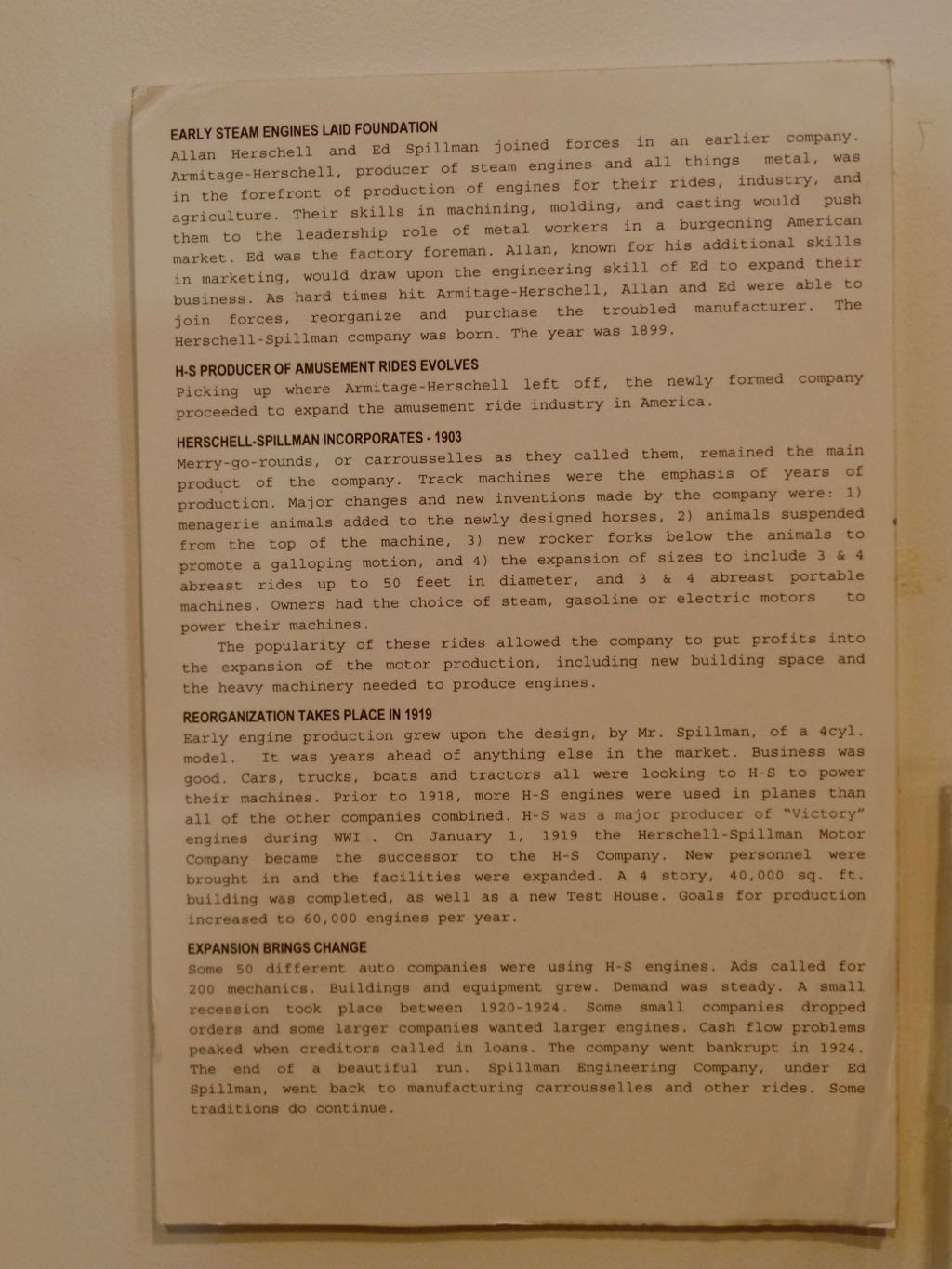 One of the signs they have in place trying to explain the relationships between Armitage, Herschell, Spillman, and the various ways they came together and went apart. 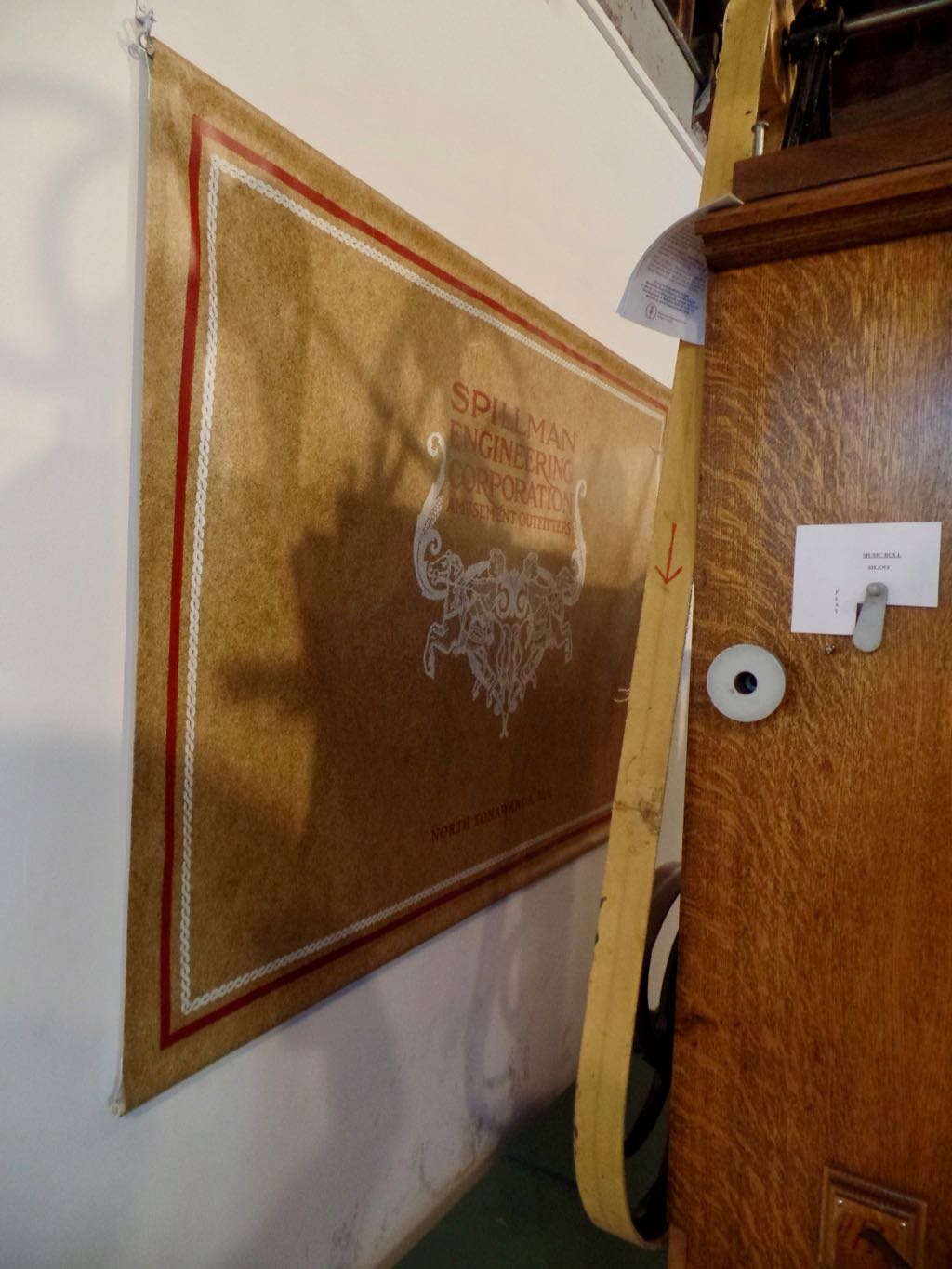 So it turns out the Spillman Engineering Corporation had a flag? But it was hidden behind a band organ for mysterious reasons. 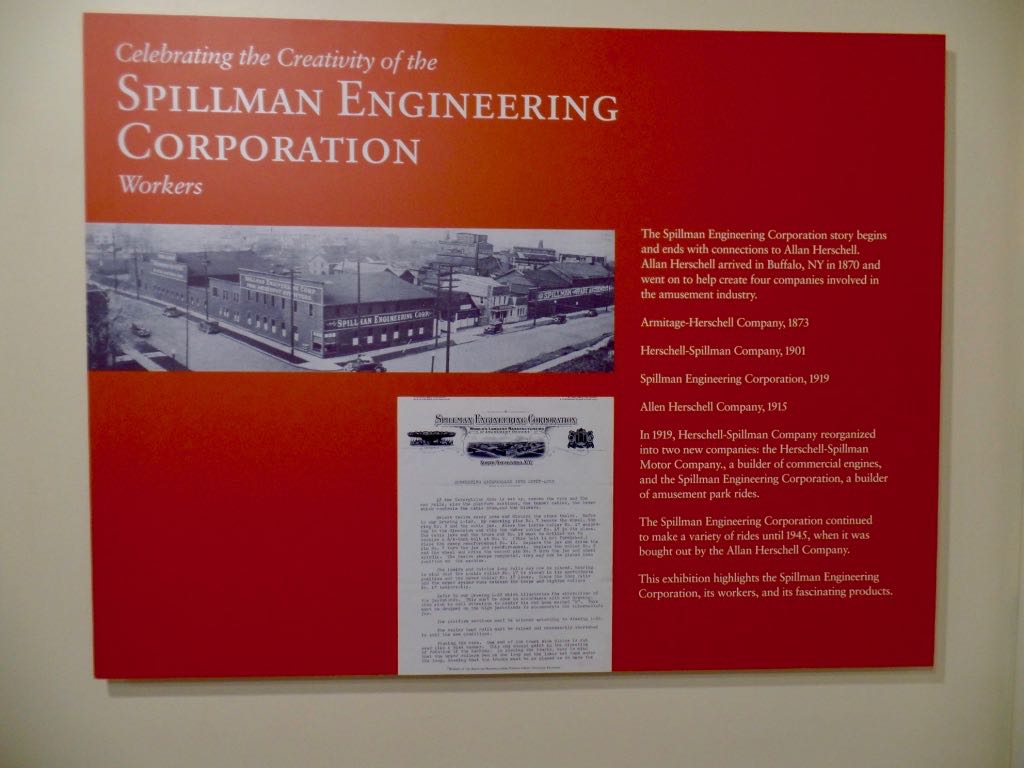 A panel trying to explain how the Spillman Engineering Corporation figures into all this. 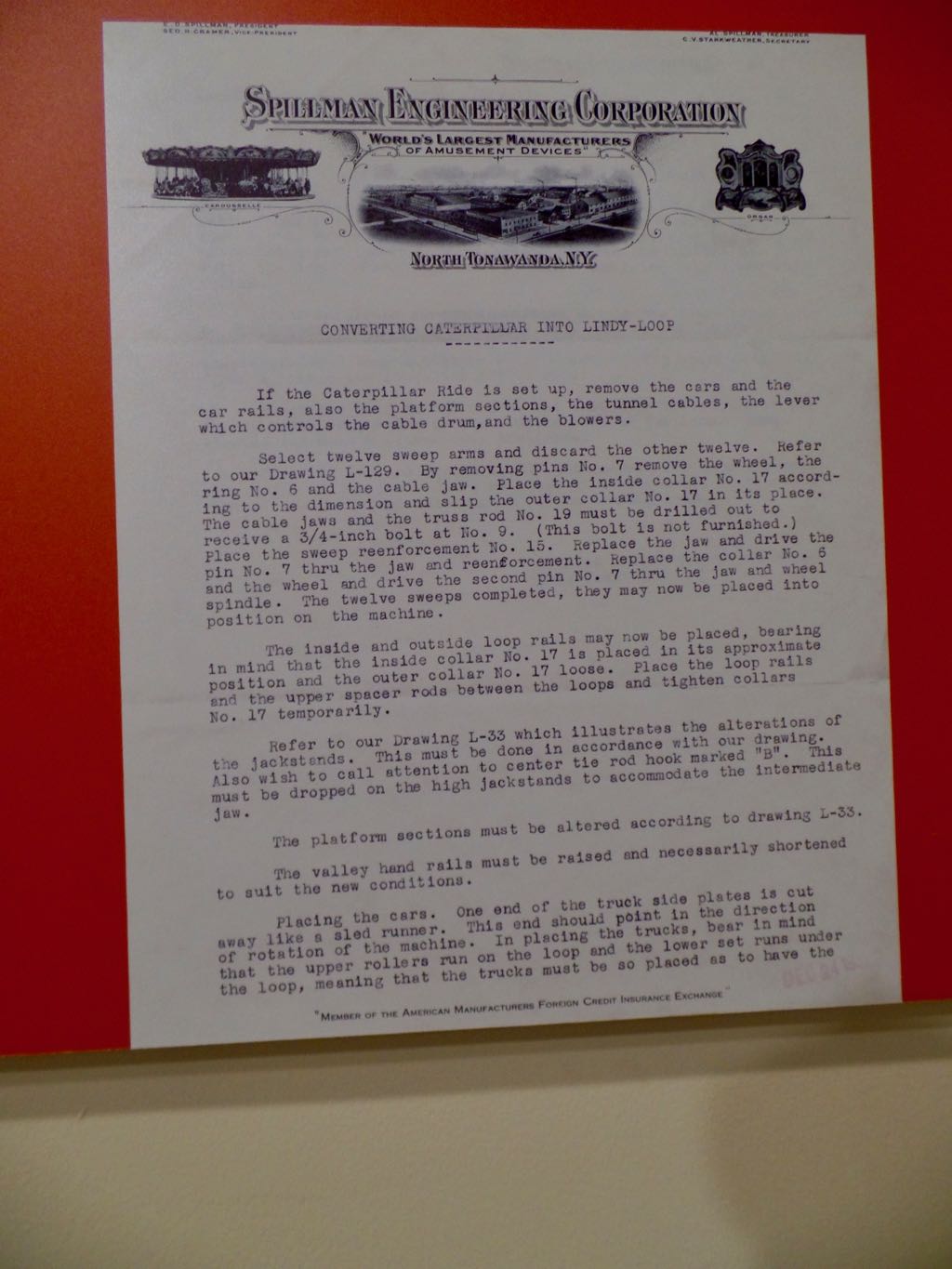 An instruction sheet for owners of Caterpillar rides who want to convert it into a Lindy-Loop, a variation that I had never heard of before this. I don't know of any Lindy-Loops still operating but Caterpillars are almost gone too. 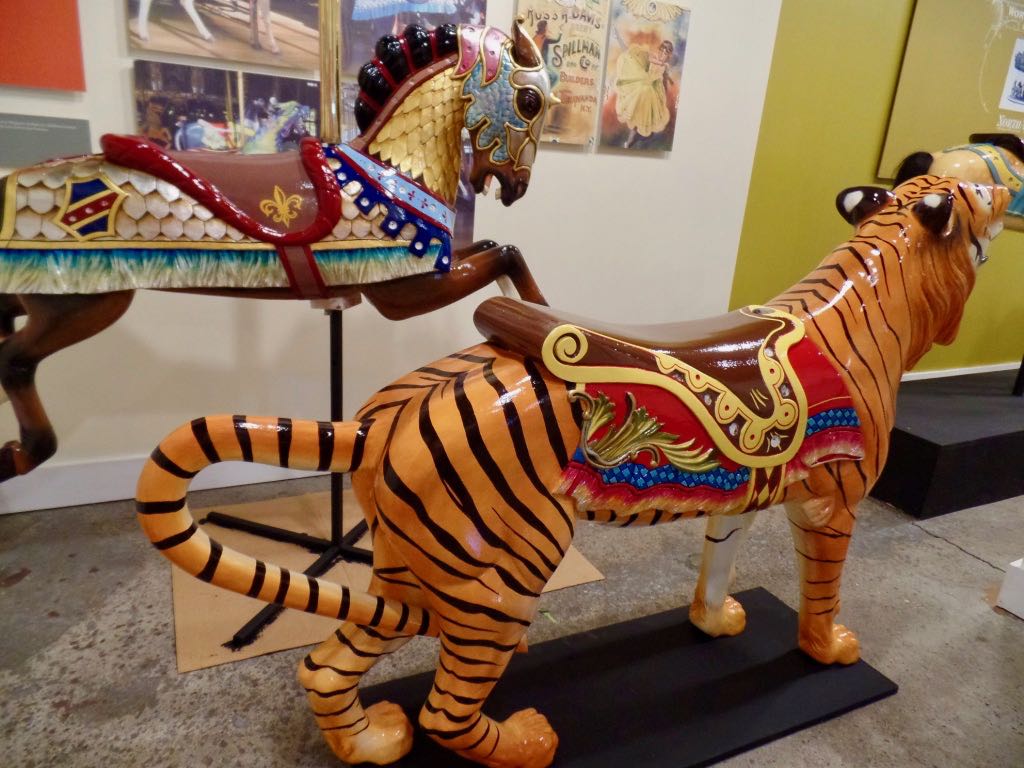 Spillman carousel animals, with the tiger a traditional non-horse mount for the merry-go-round. 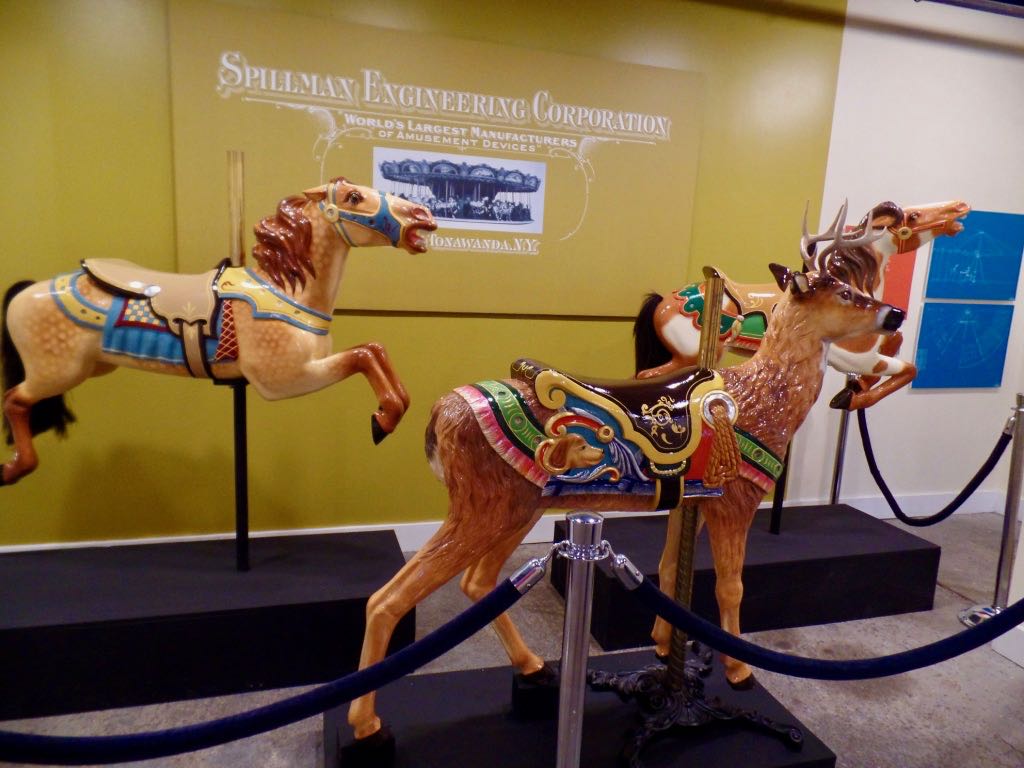 Deer are also common non-horse animals. This would have been an outer row figure (see how it's posed as just standing rather than galloping). 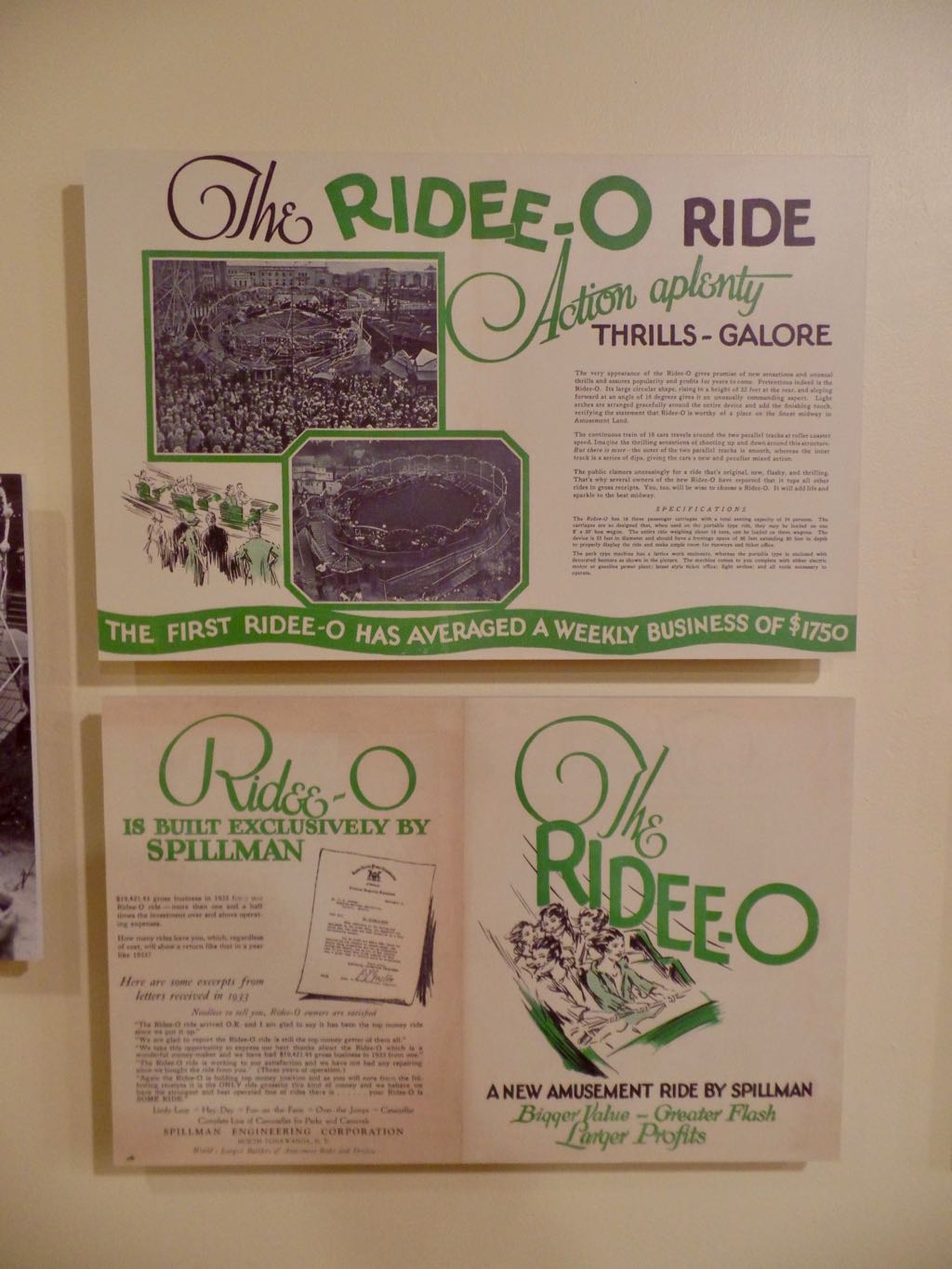 Spillman pamphlet for an amusement ride called the Ridee-O that I know nothing about. The pictures don't really clarify just what the ride motion was, yet. 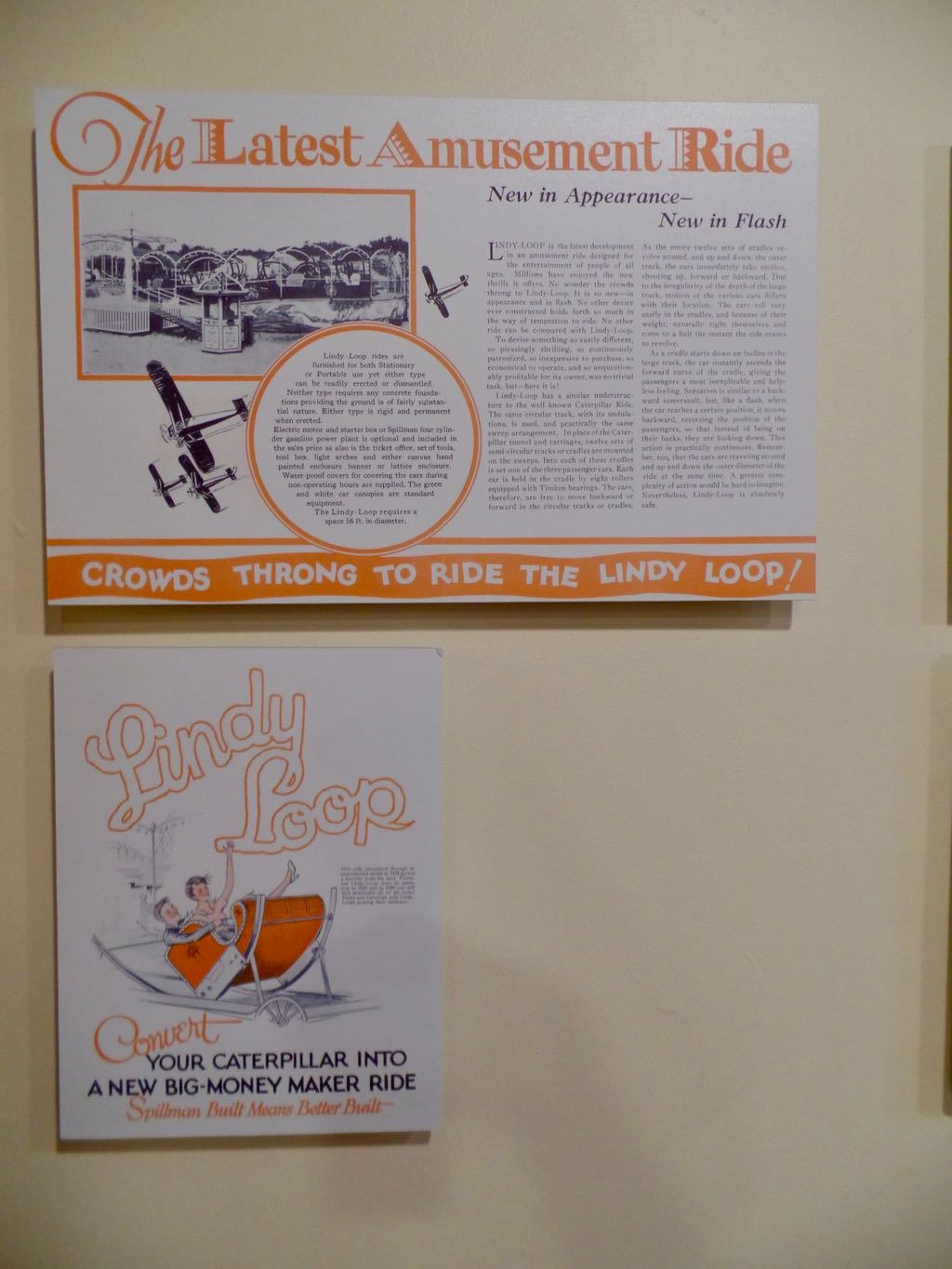 Flyer for the Lindy Loop, for those of you who want to buy one new and not just convert your old Caterpillar. The drawing gives some idea of what the ride would have been like, finally. I like ``Spillman Built Means Better Built'' as a motto. 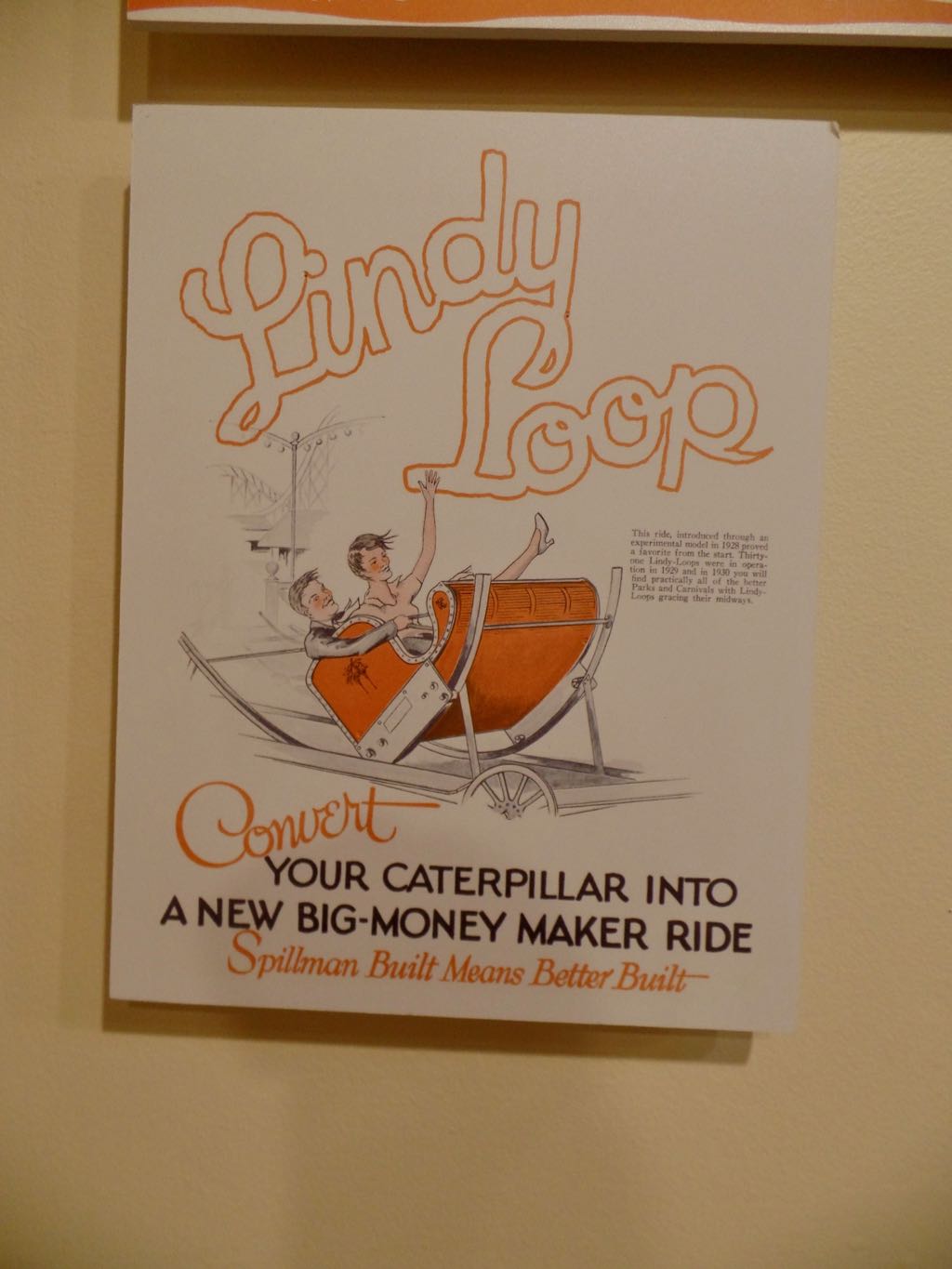 ``This ride, introduced through an experimental model in 1928 proved a favorite from the start. Thirty-one Lindy-Loops were in operation in 1929 and in 1930 you will find practically all of the better Parks and Carnivals with Lindy-Loops gracing their midways.''

Trivia: In 1921 Mitsubishi created a subsidiary for a small inexpensive car, the ``Automo-go'' 250 of these were sold by 1927 when the project was abandoned and Mitsubishi turned to trucks again. Source: Car Wars: The Untold Story, Robert Sobel.

PS: Using my A to Z Archives: Limit, some things I wrote about an important mathematics concept.