And run through playland

On my humor blog I'm looking for stuff for the next Playful Math Education Blog Carnival and for several letters in the A-to-Z for the year. Please, read nad offer thoughts. It'll really help me.

In the cartoons, 60s Popeye: Weight for Me and a cartoon that's aged without a single flaw since it's all about Olive Oyl being fat and Popeye trying to fix her.

Now, let me finish off the Allan Herschell museum. What's next on my photo reel? Is it an amusement park or a pinball thing? The answer may surprise you! 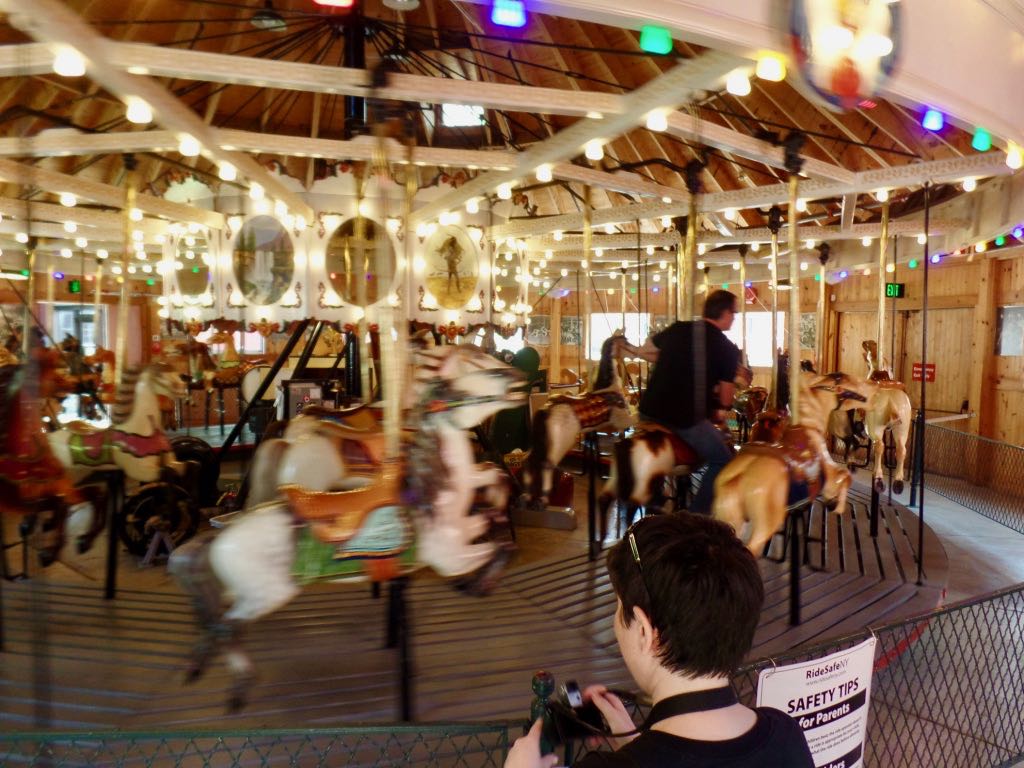 Our first look inside that last part of the building: the carousel testing room. You didn't think they just shipped these things out and hoped for the best, did you? And they have a vintage Herschell carousel on display and for the riding. 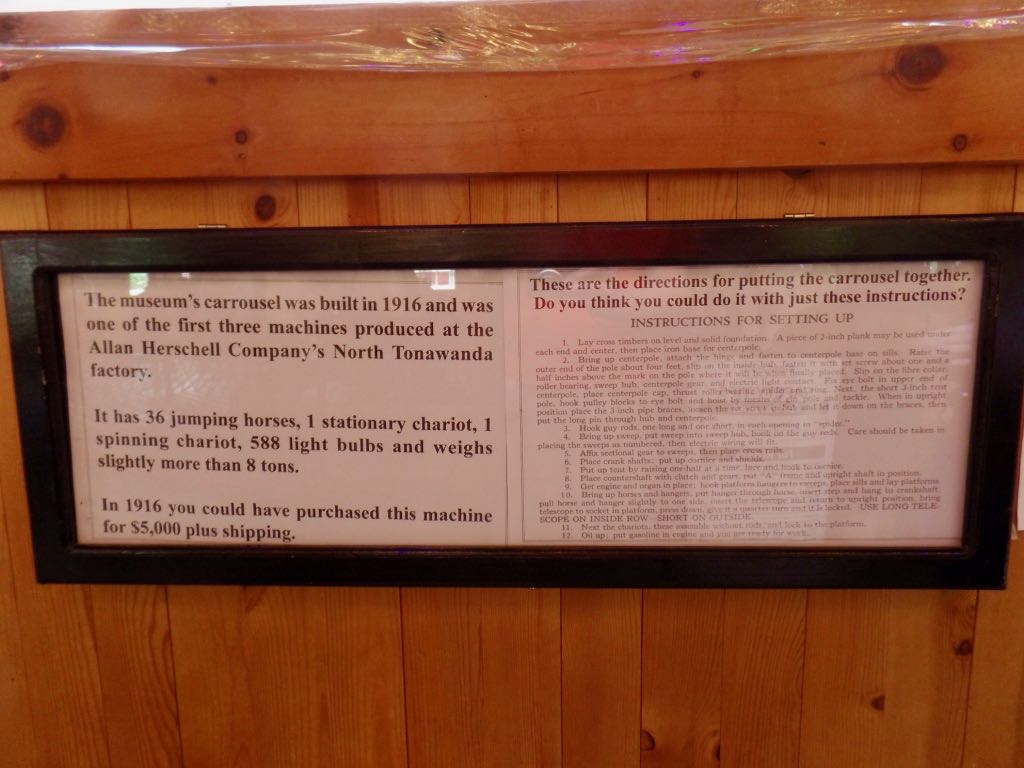 The instructions for setting up a carousel, in case you wanted to build one yourself. Twelve steps, with the final one being, ``Oil up, put gasoline in engine and you are ready for work.'' 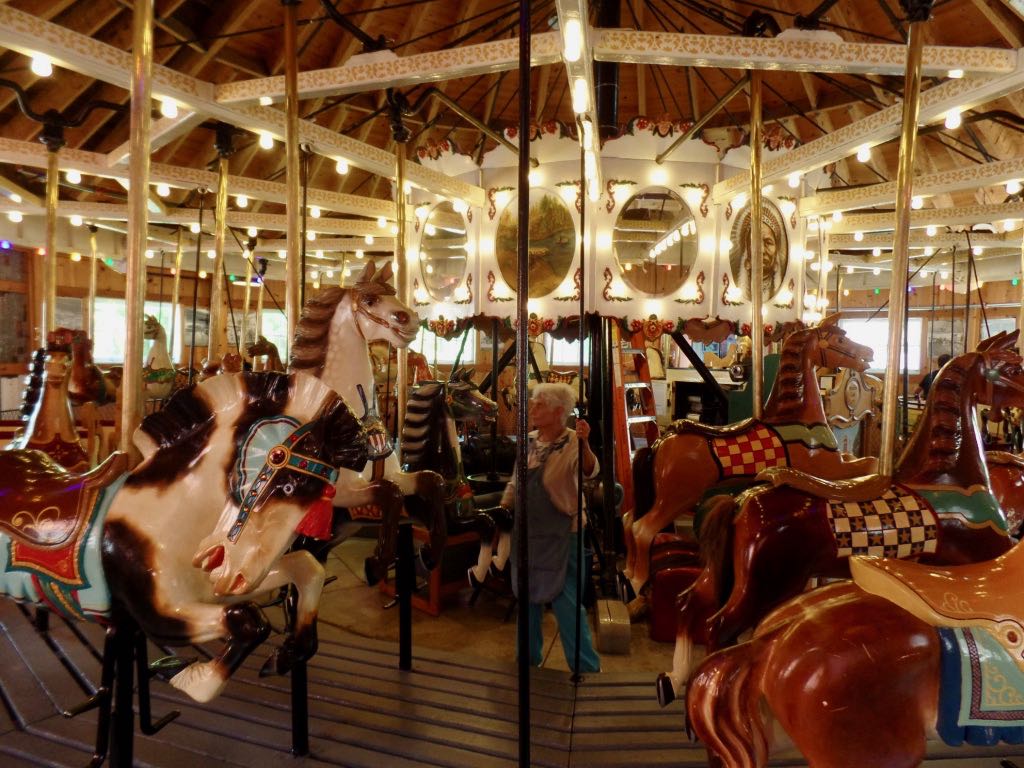 The carousel and the woman working the ride; the operating station's in the center of the ride and she'd just rung the bell. 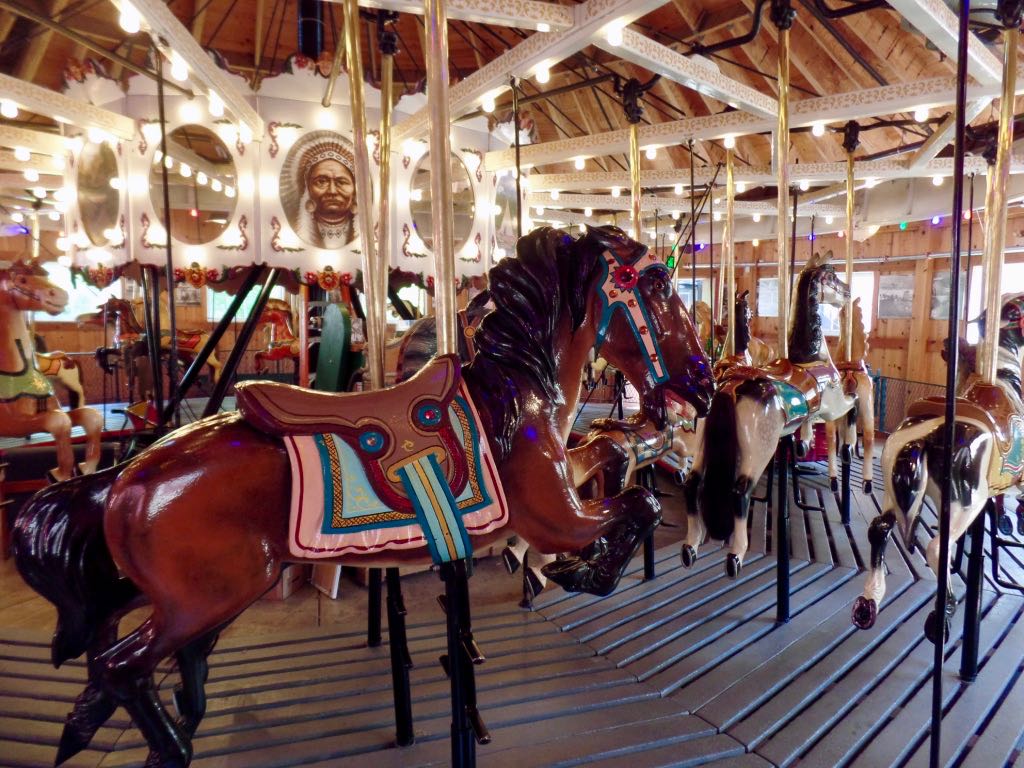 Good view of one of the outer row horses in the light. 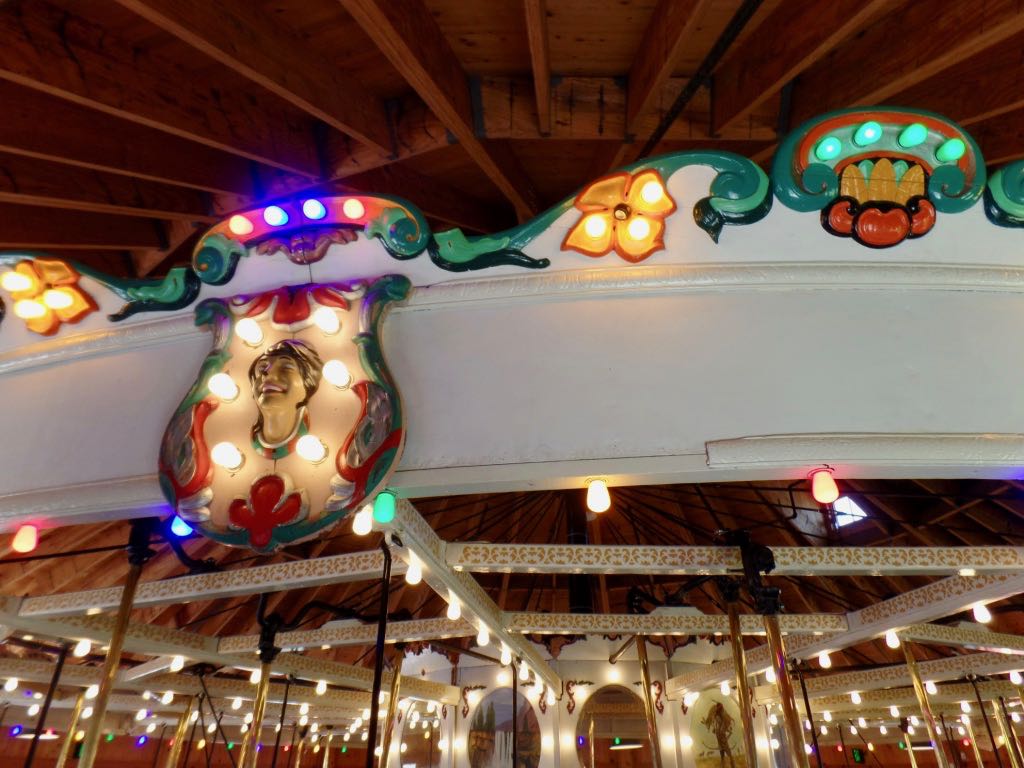 Running board icons; face plates like this were common enough even on simple fairground carousels like this. 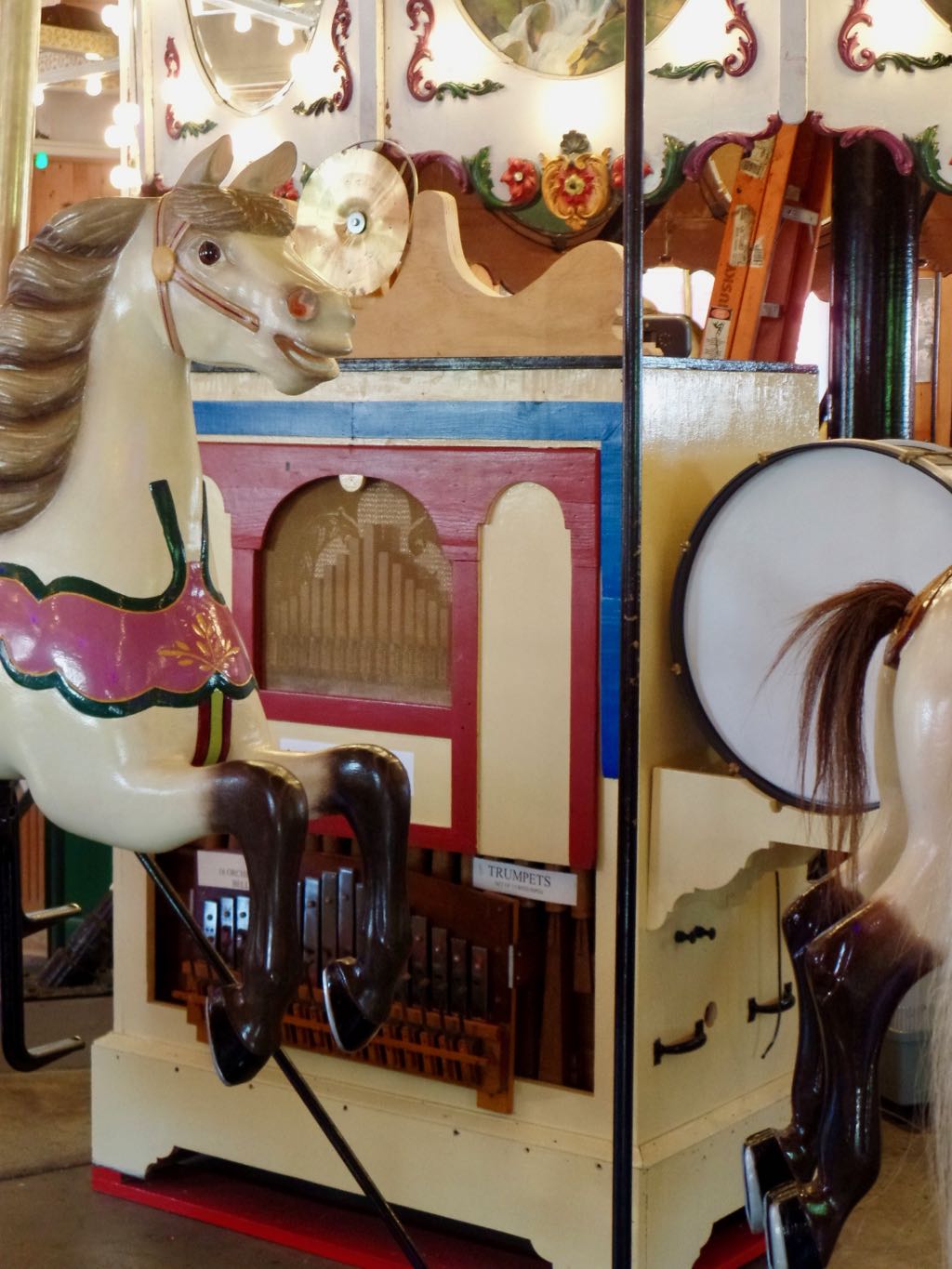 And here's a view of most of the carousel's band organ. 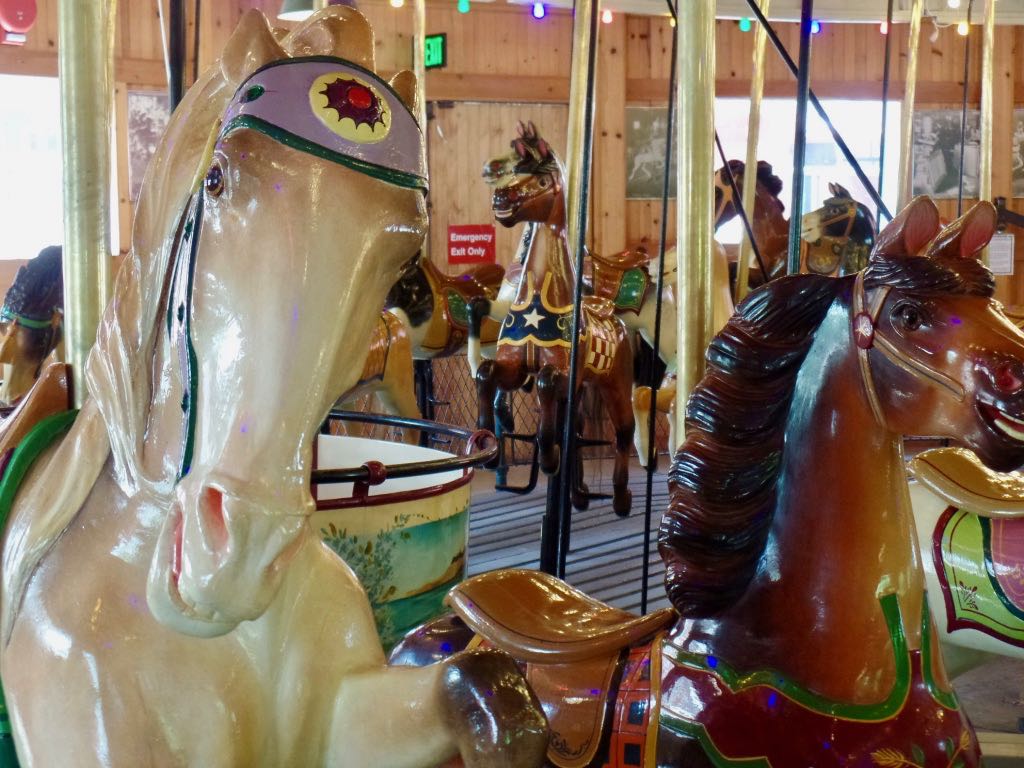 Close-up look at some of the horses. There's also the spinning tub that, alas, we weren't allowed to ride. 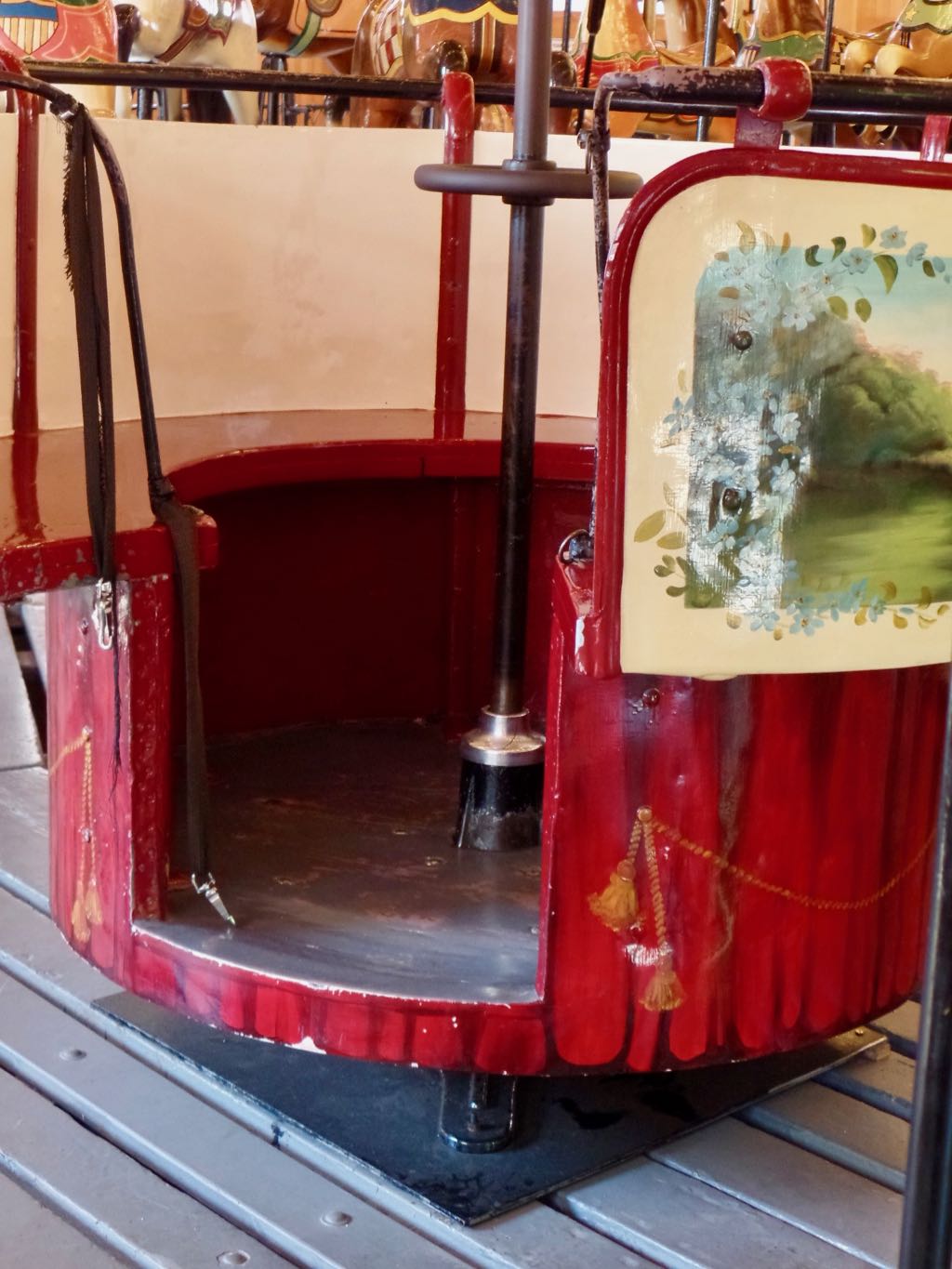 The spinning tub. I don't remember whether it was actually spinning. If it weren't, I don't imagine they'd have prohibited the ride, just warned that it was disappointing. 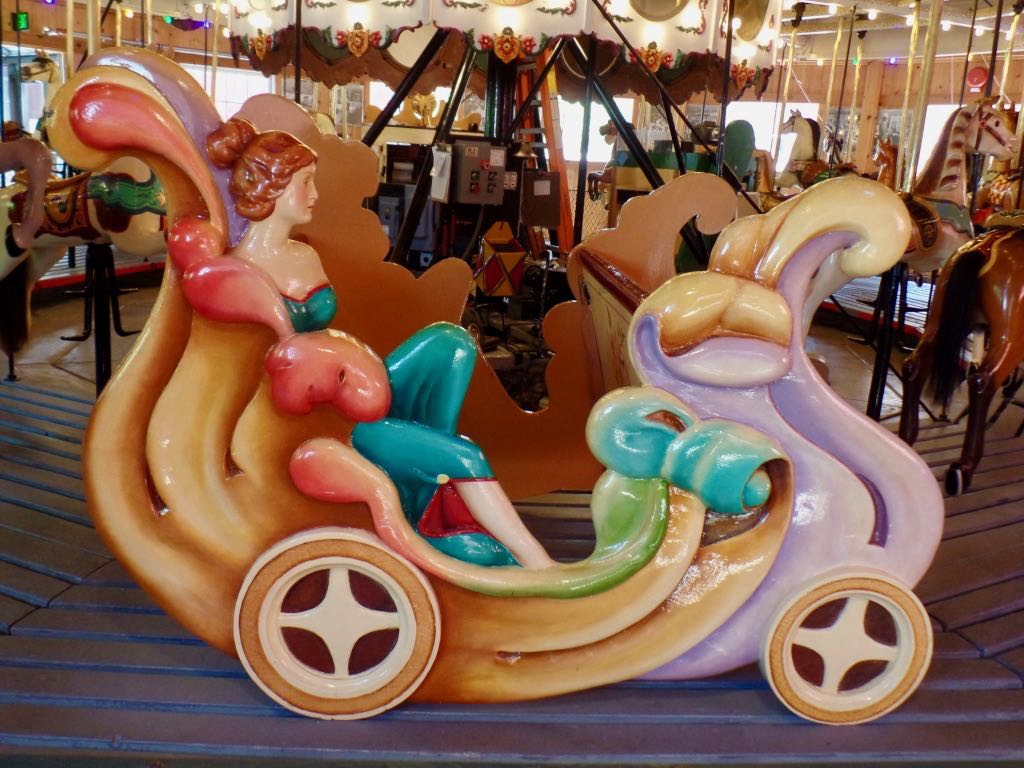 And the chariot, with a pretty nice motif of a woman in a flower-y ride. 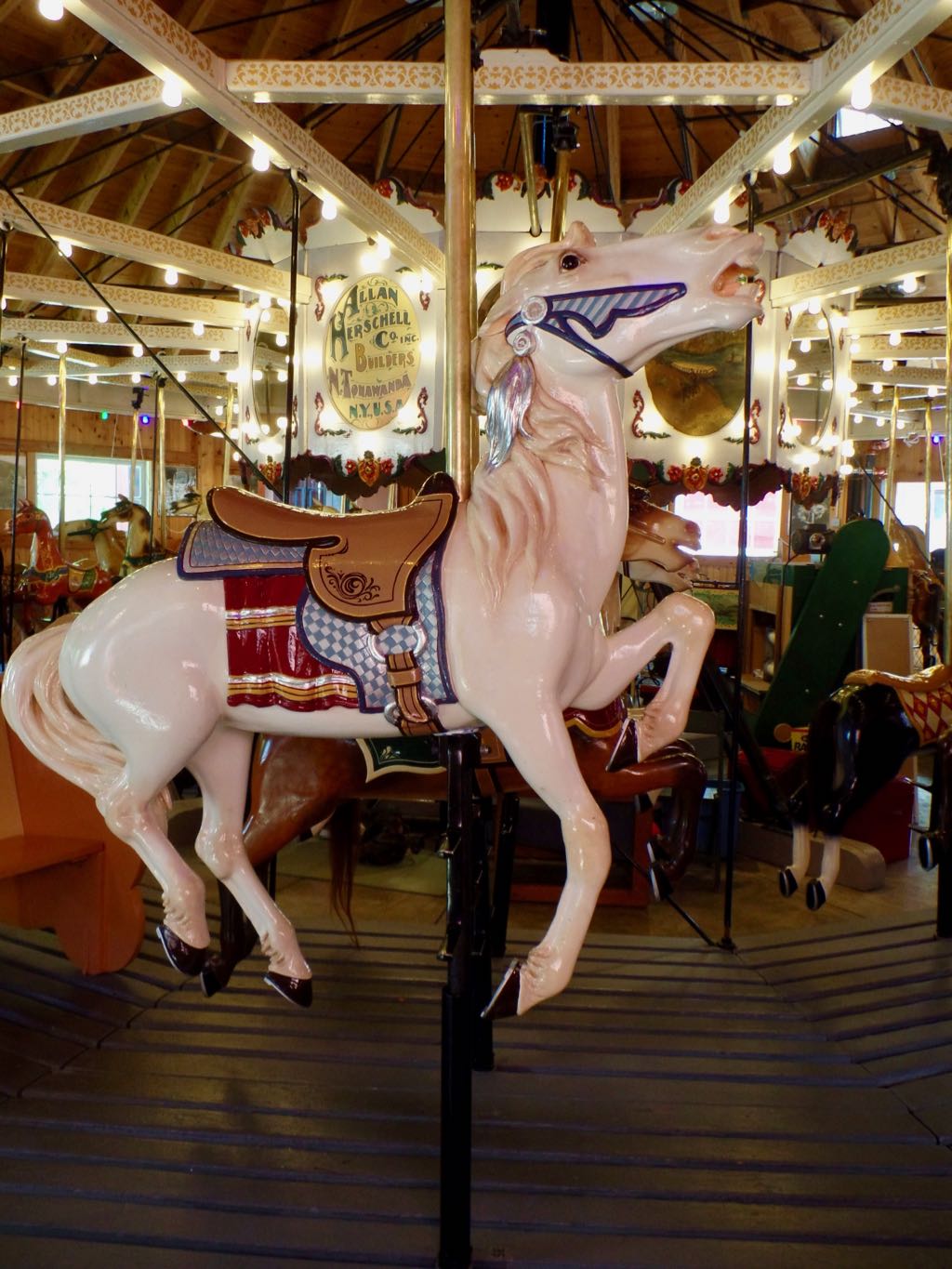 A horse with a good view in the background of Allan Herschell Company shield in back. 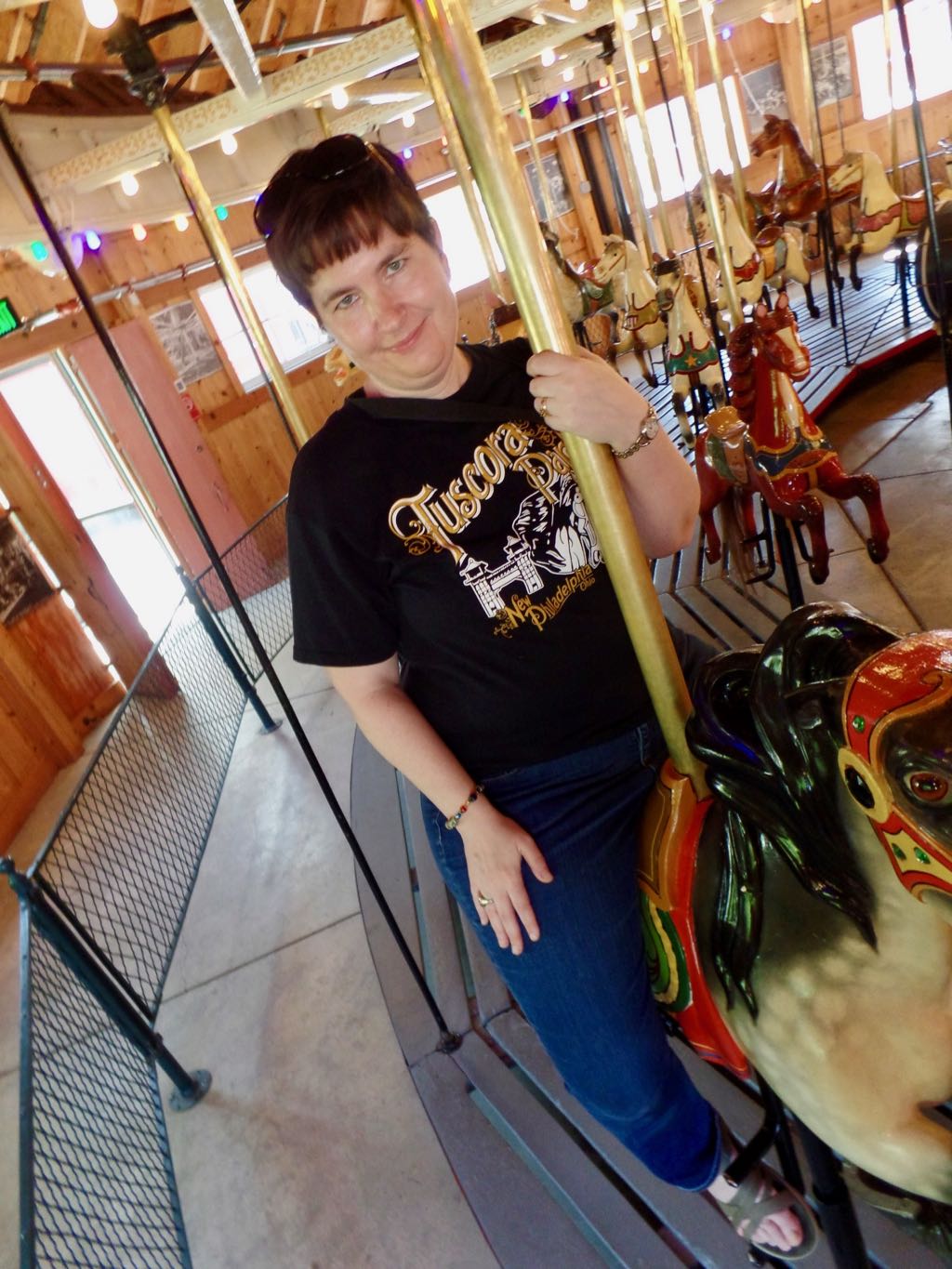 bunny_hugger puts up with my fiddling around trying to take a picture. 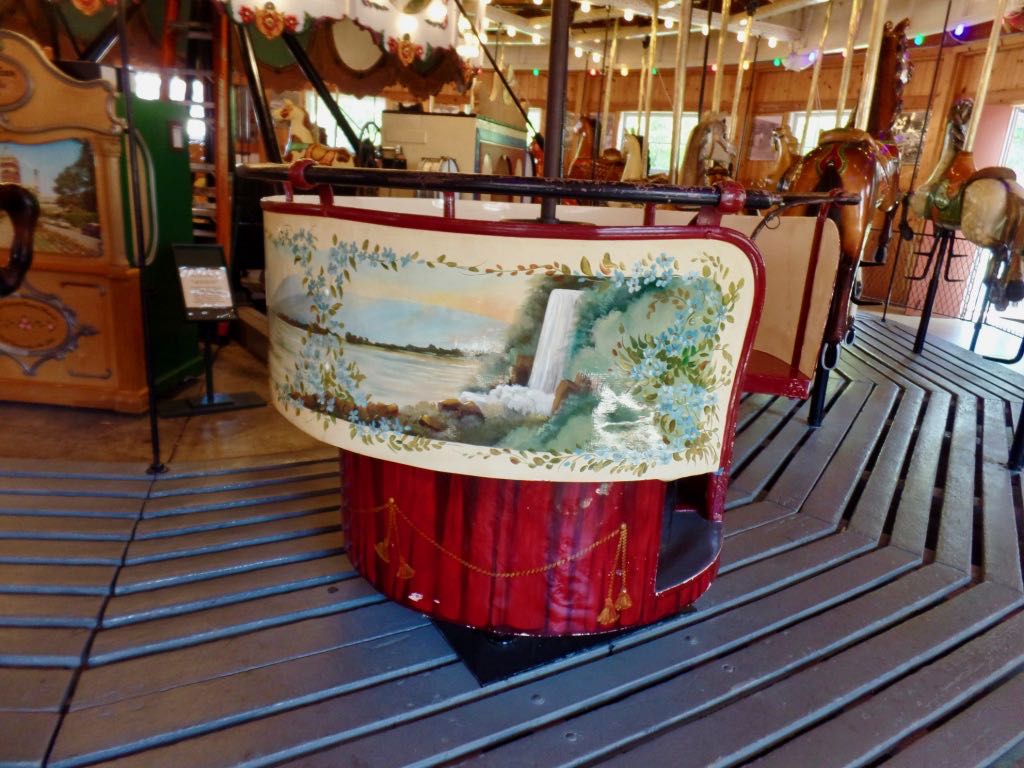 And here's some of the art on the spinning tub; I imagine this was painted to appeal to the Niagara market. 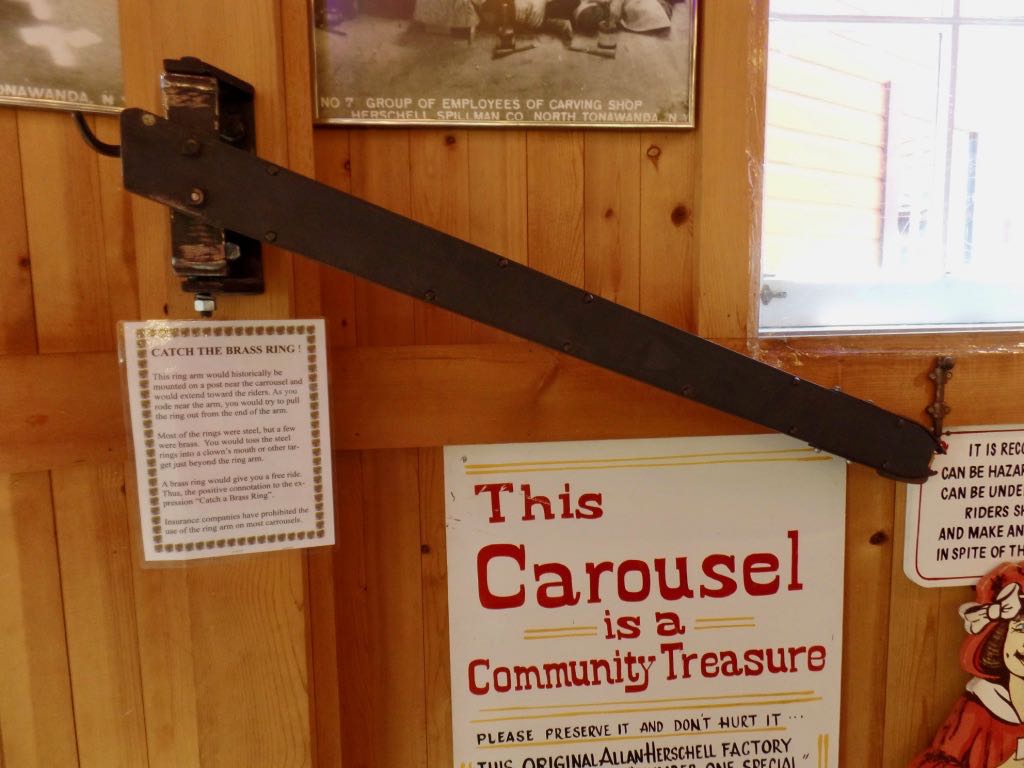 They had the mechanism for the brass ring dispenser but did not have it in operation. I don't think it would have reached near enough the ride to be playable. 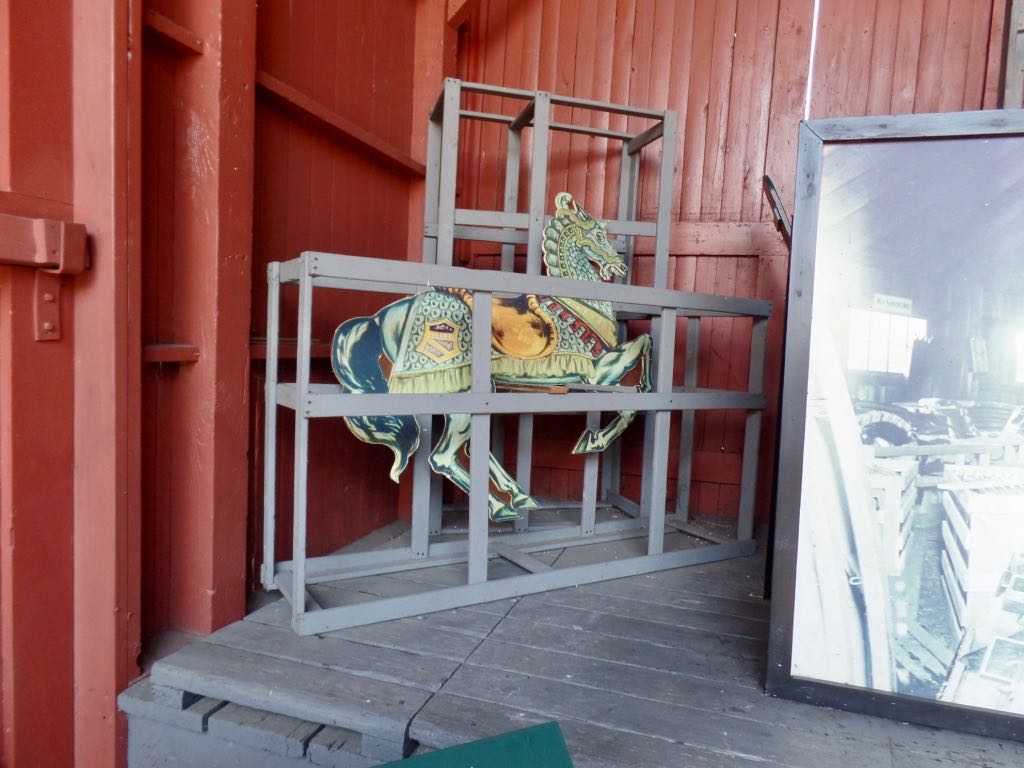 A flat template of a carousel horse set up in the frame that would be used to ship a horse out. 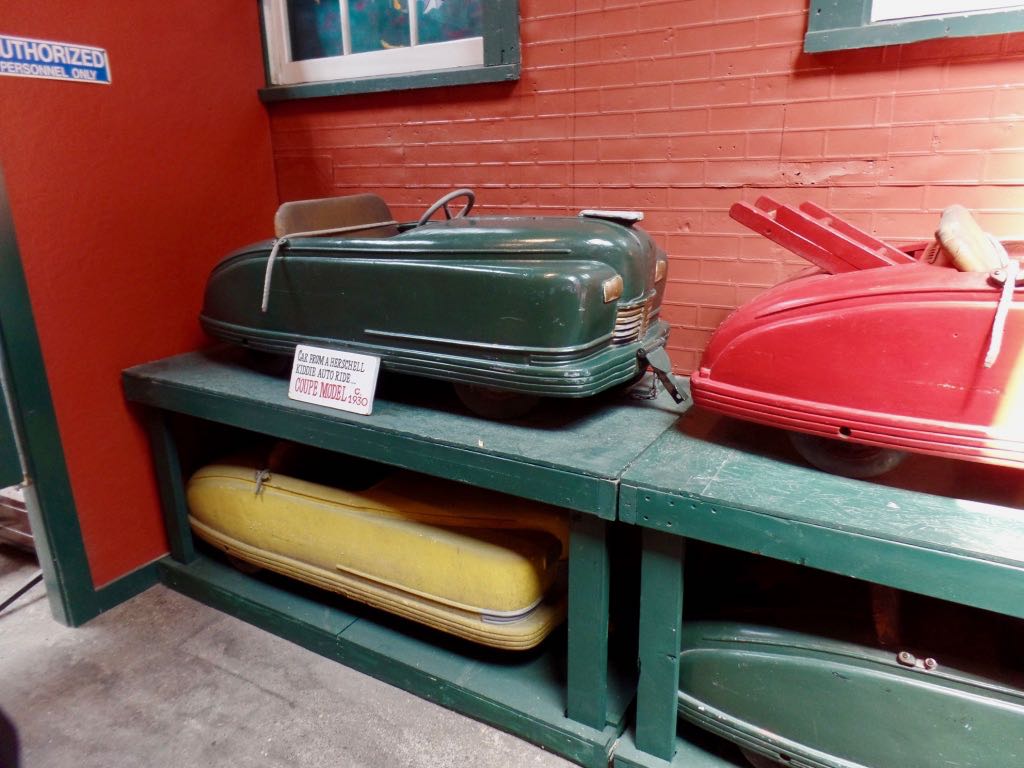 And, heading back out again. Here's some car bodies from a kiddie car ride. Circa 1930 and, yeah, they're pretty slick, aren't they? 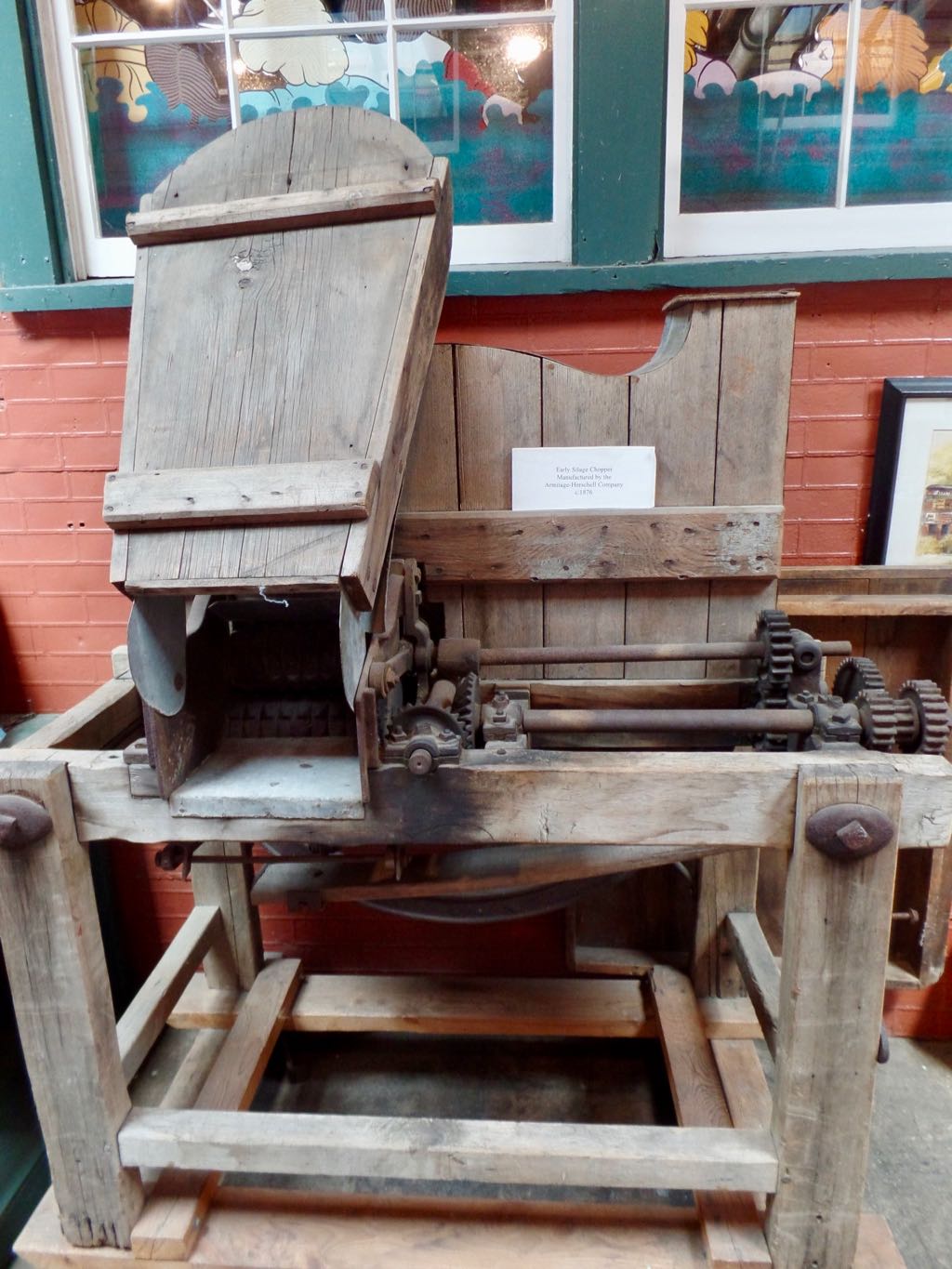 The Armitage-Herschell company didn't start out as carousel makers, and they have a couple of pieces reflecting that. This is an ``early silage chopper'' that the company made around 1876, so you can see how they had the background to start making rides. 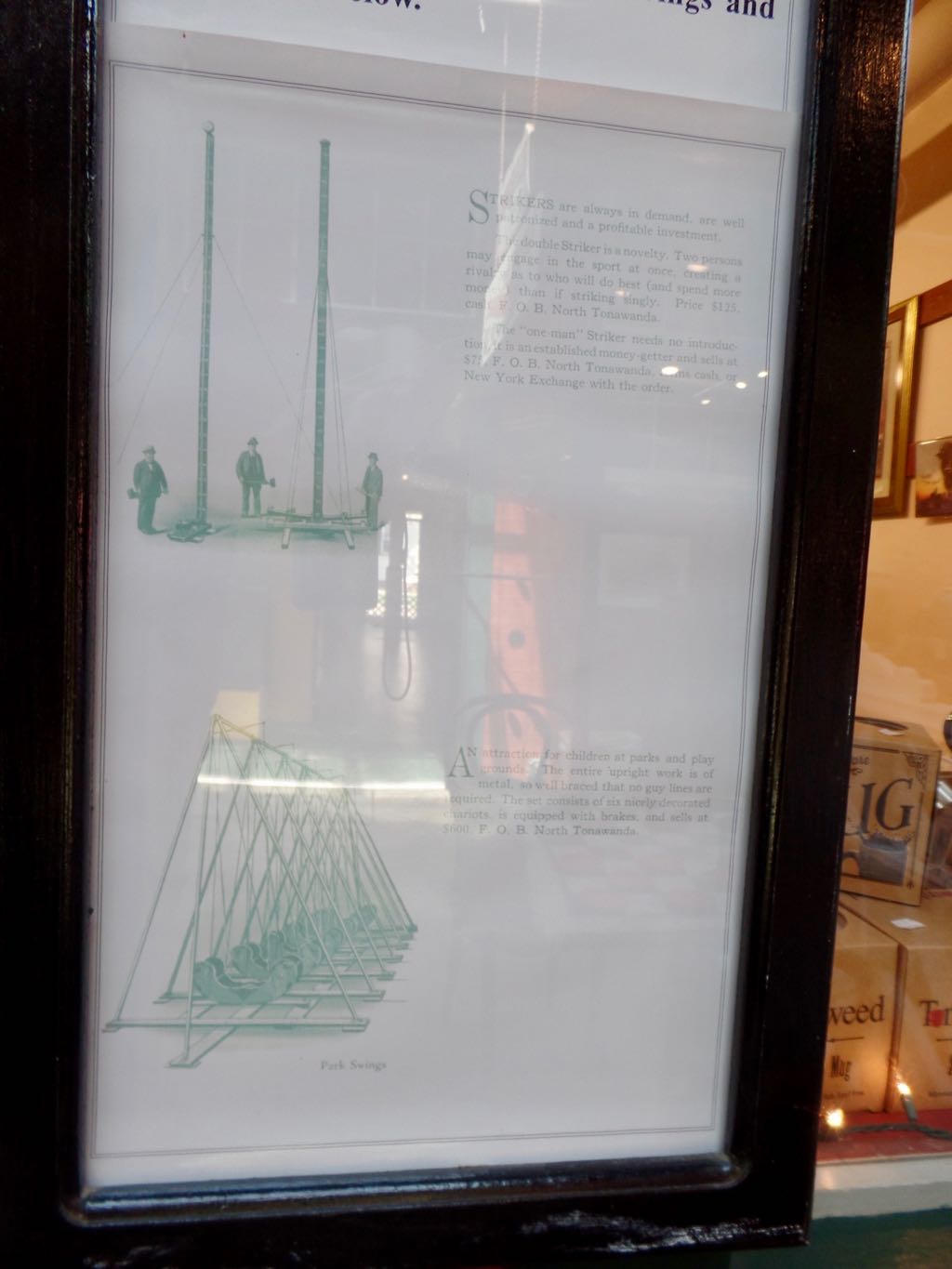 Poster that I believe is a catalogue reproduction showing off the striker and the Venetian swings that the company offered, and how they looked when set up correctly. 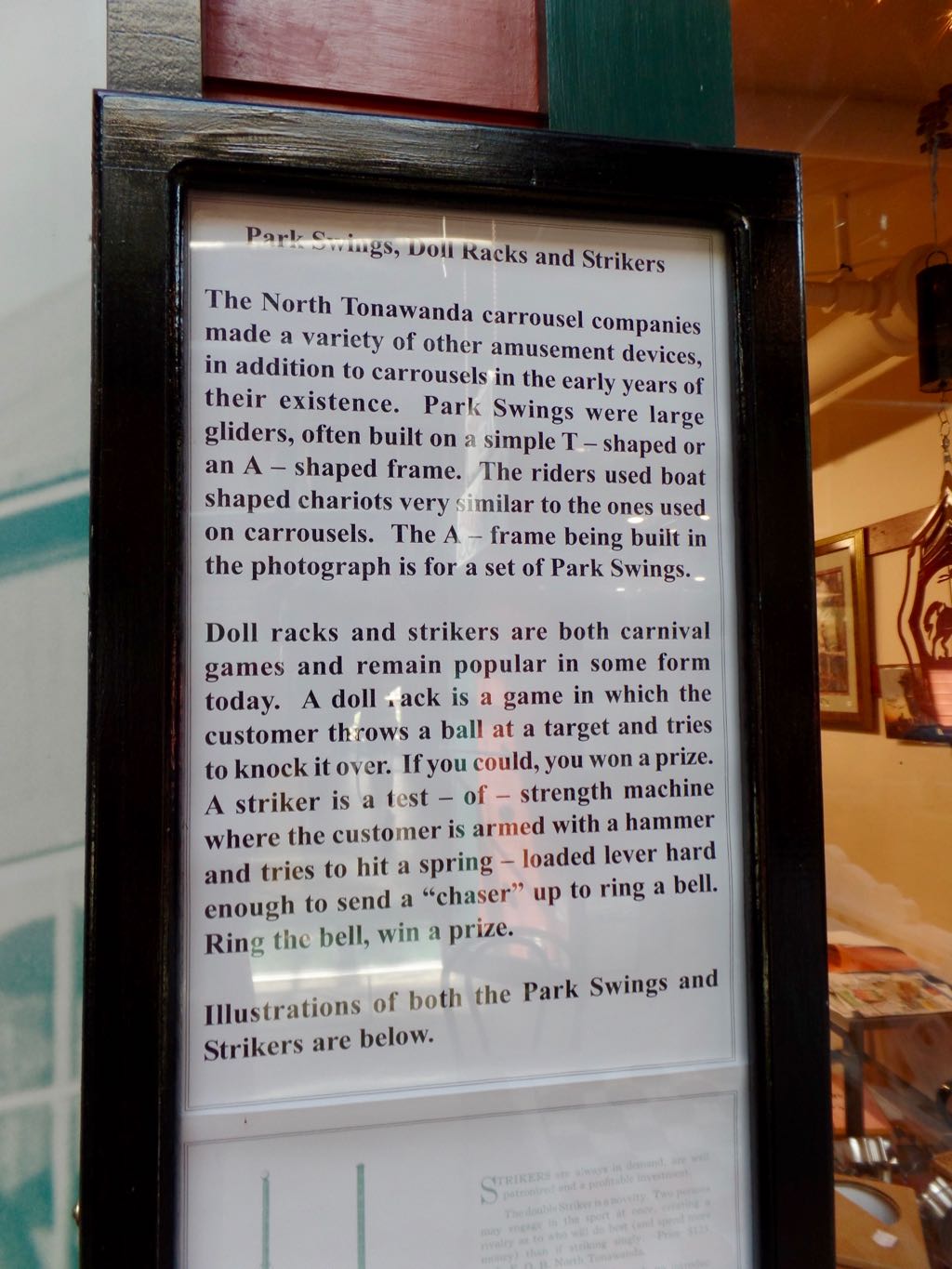 The other half of that poster, explaining what these attractions were all about.

Trivia: The first English person known to be in Japan, the pilot Will Adams, was able to communicate with the shogun Tokugawa Ieyasu through a Portuguese-speaking interpreter. Source: Empires of the Word: A Language History of the World, Nicholas Ostler. (This was in 1600.)

Currently Reading: Empires of Time: Calendars, Clocks, and Cultures, Anthony Aveni. It's a book I don't think I've read before, but honestly, just that title alone tells you it's definitely the sort of book I would read.