I felt a little tired so I watched Miami Vice

Darien Lake announced they're not opening this season. Great Escape, another Six Flags park in New York State, announced the same. They cite not being able to get good guidance from the state about safe opening procedures. This seems late in the season for the announcement, but Halloween is a crazy big money factory for amusement parks. Christmas can be too, though I don't know that they did anything for the Thanksgiving-Christmas-New Year's sequence.

My humor blog this week was full of all kinds of ponderings, described plainly. What have you missed? This, if you haven't seen it already:

Now let's hop back in time, to June of 67 million years ago, when dinosaurs roamed the miniature golf courses! I'm very happy that this coincidentally matches the theme of this week's big humor essay. 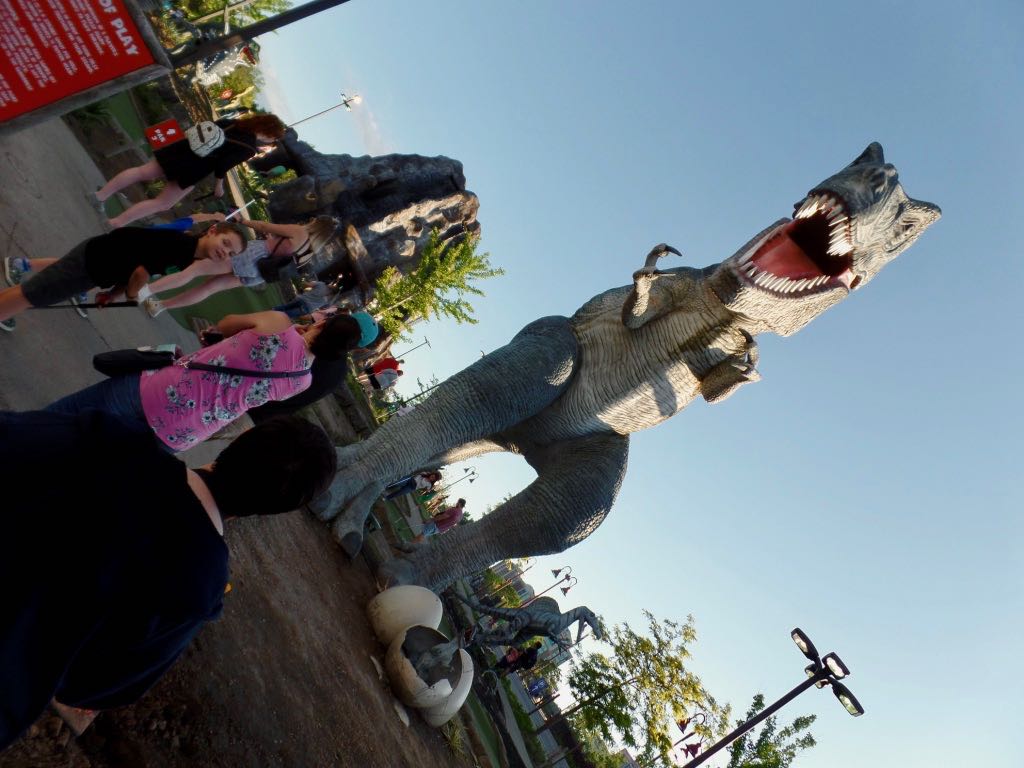 bunny_hugger facing down a tyrannosaurus rex and her kids. 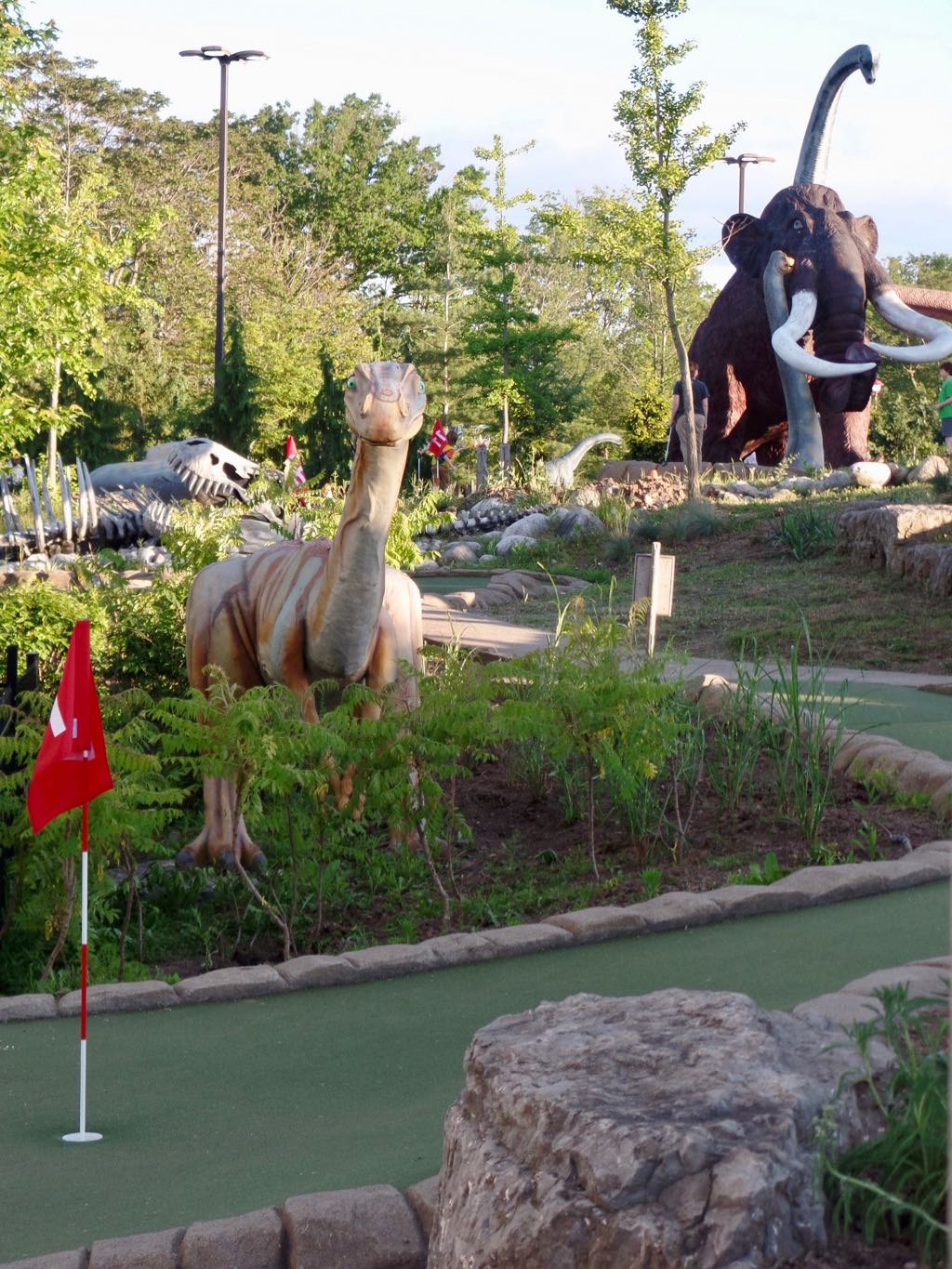 Dinosaurs and mammoths hanging around the putting greens. 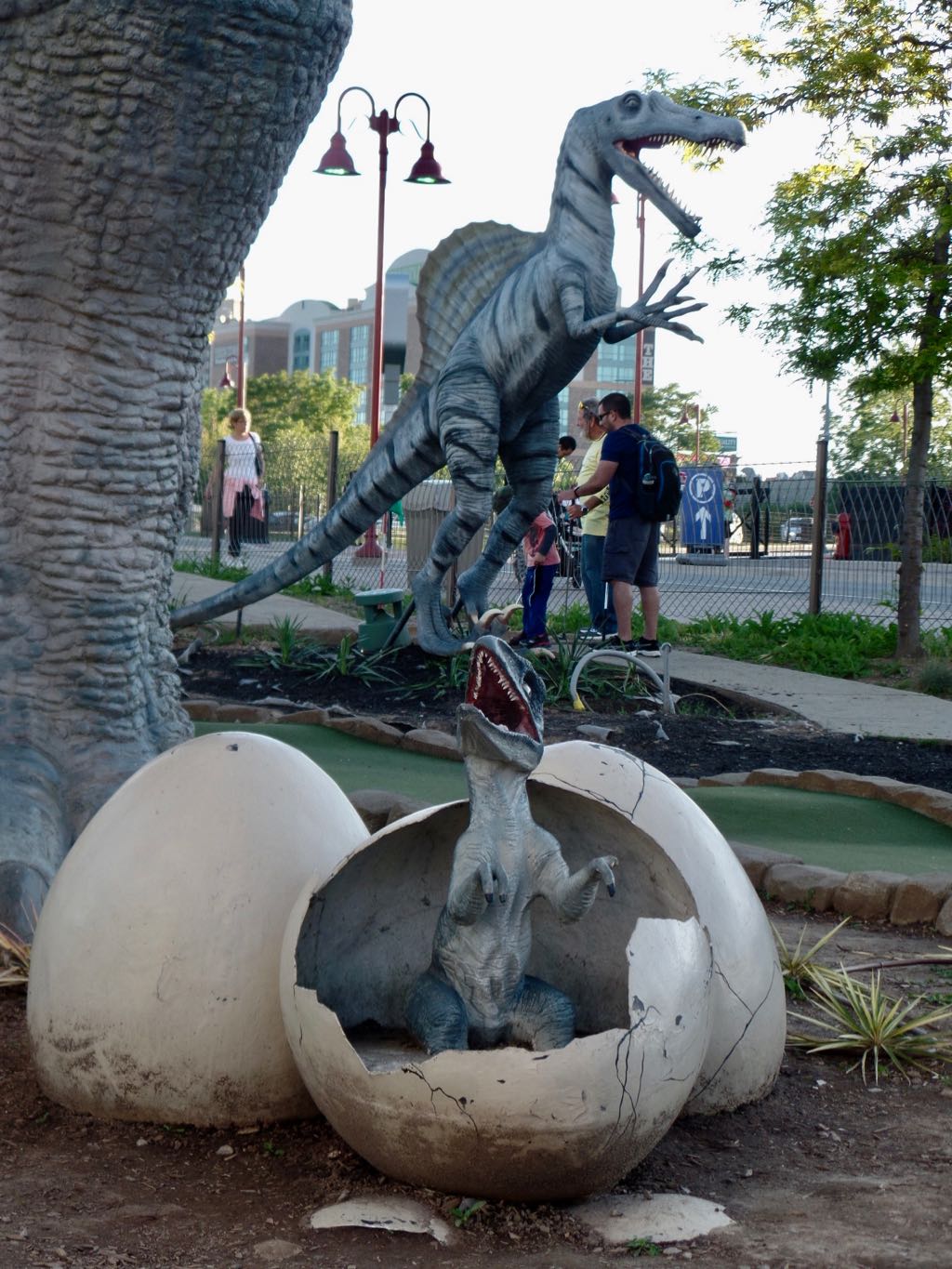 That seems like a small baby for the size of that egg, doesn't it? 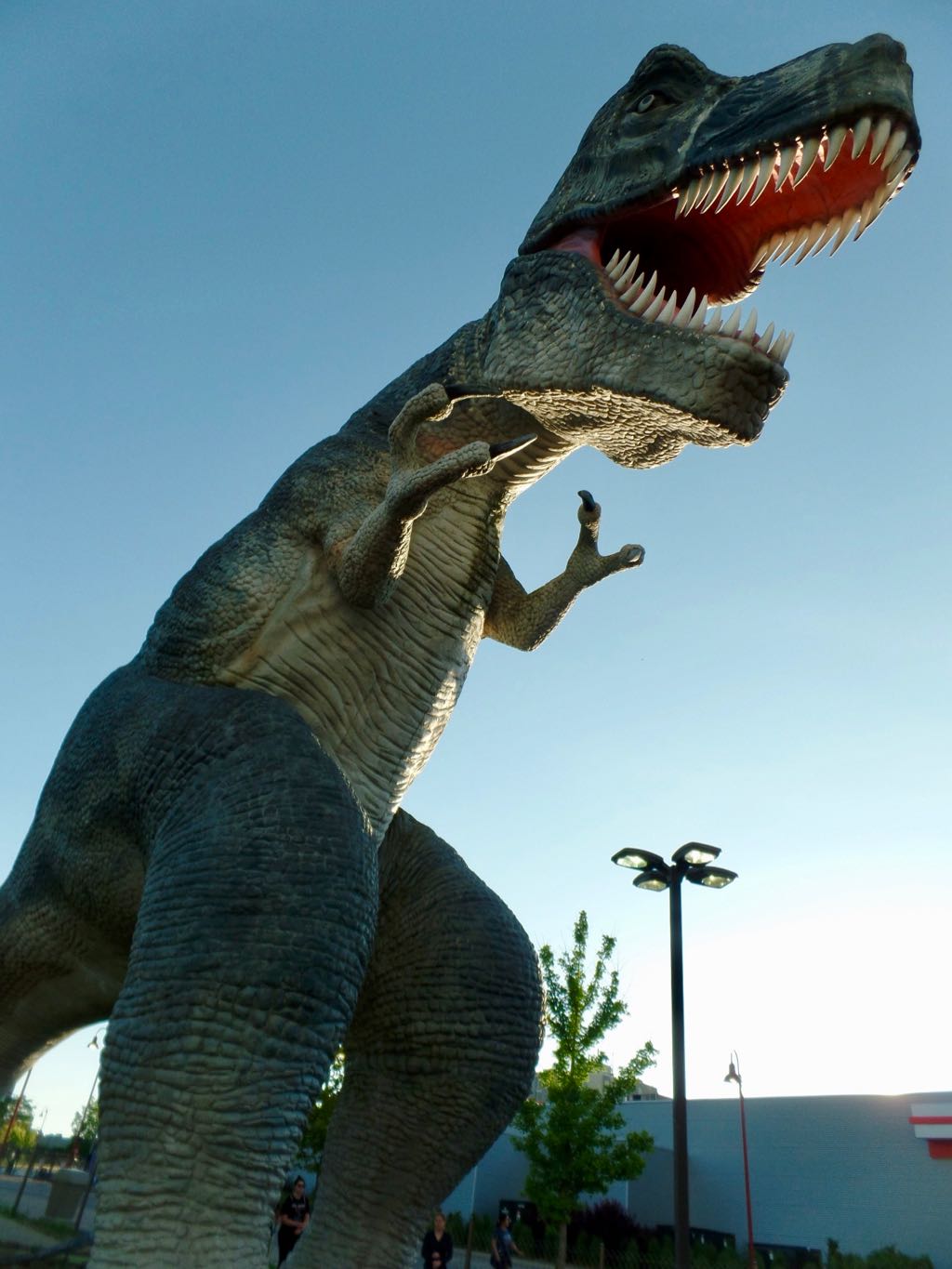 And here we get the dinosaur in some good evening light. 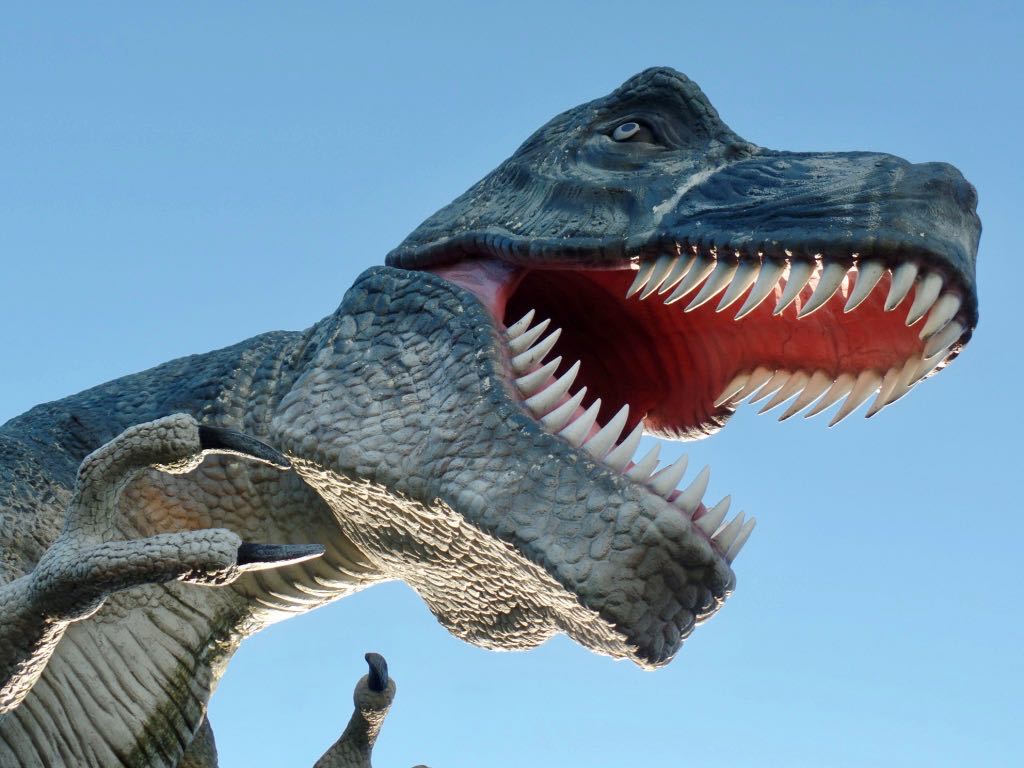 You know some stupid teen or drunk guy has tried to climb into that mouth. 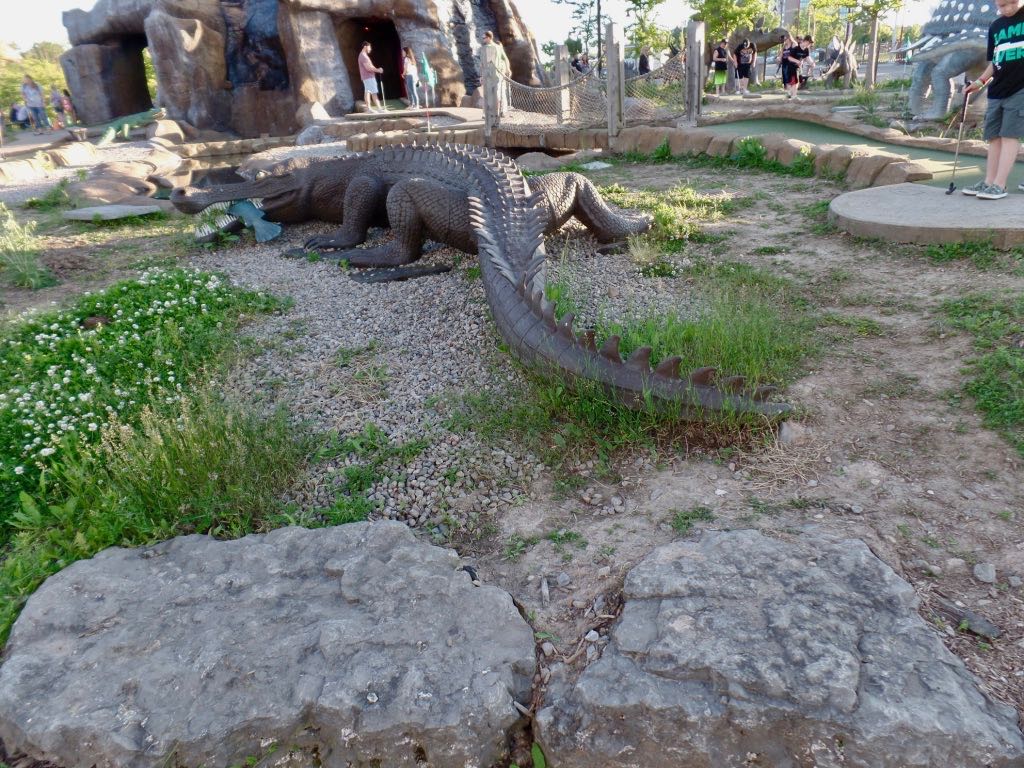 Here's an alligator-y creature in front of a hole that goes inside a little cave. 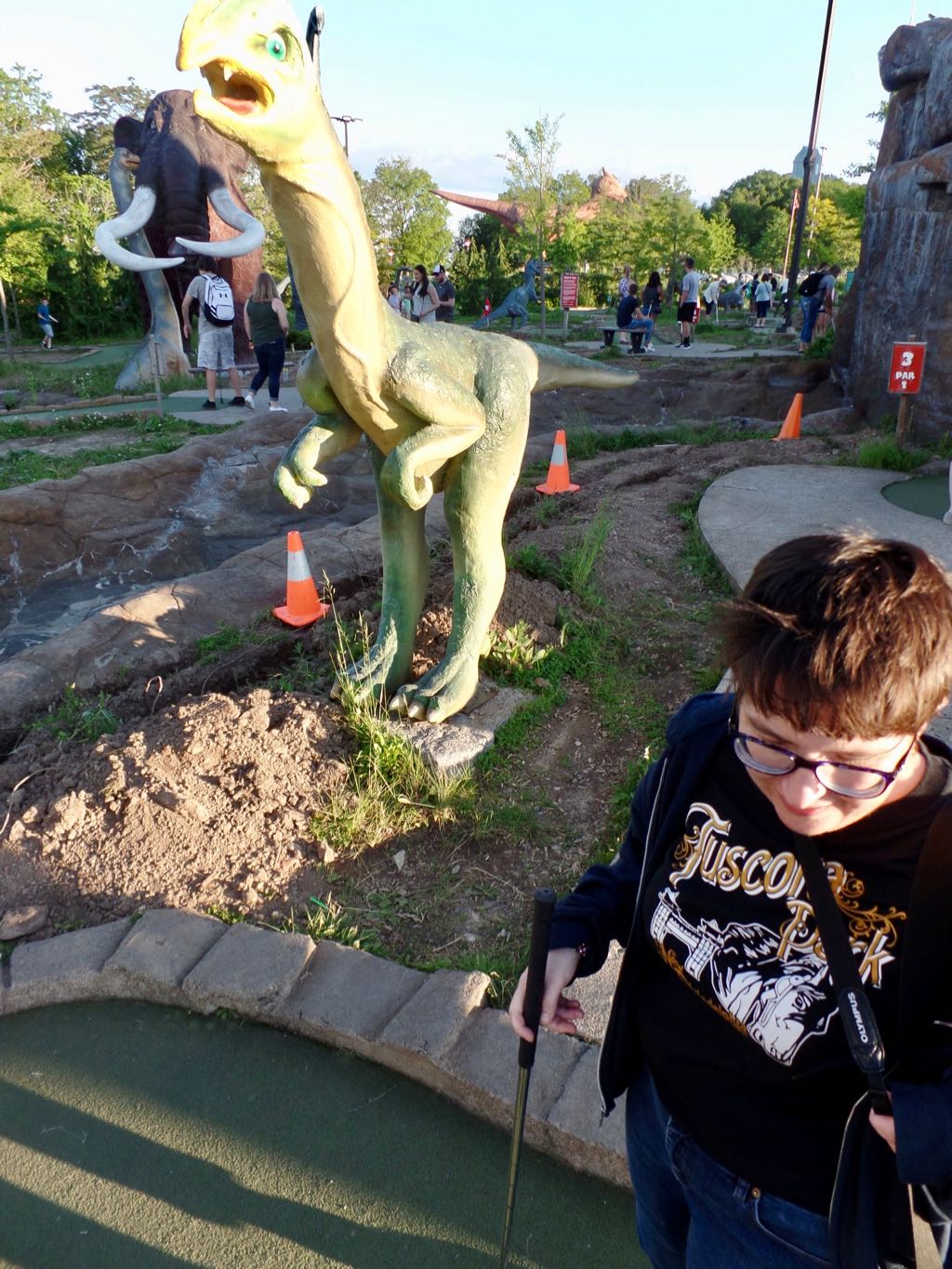 bunny_hugger considering her shot and completely icing out that dinosaur behind her. 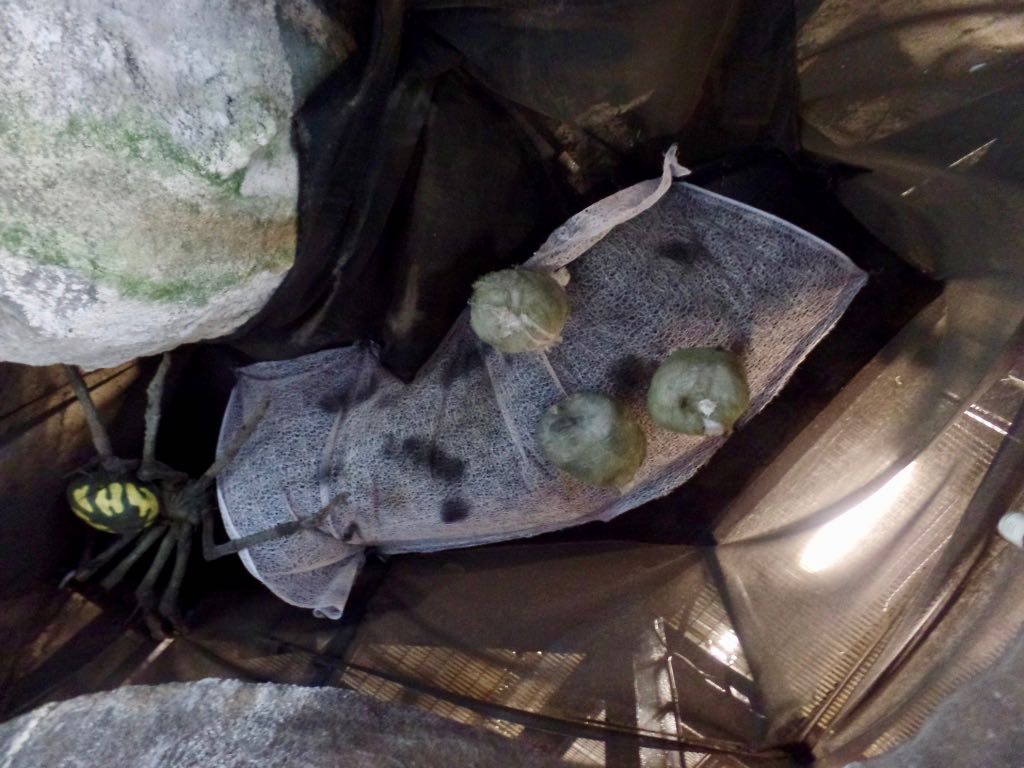 Giant spider figures, and netting, when you look directly up inside that little cave. You're not supposed to look directly at the ceiling like this. 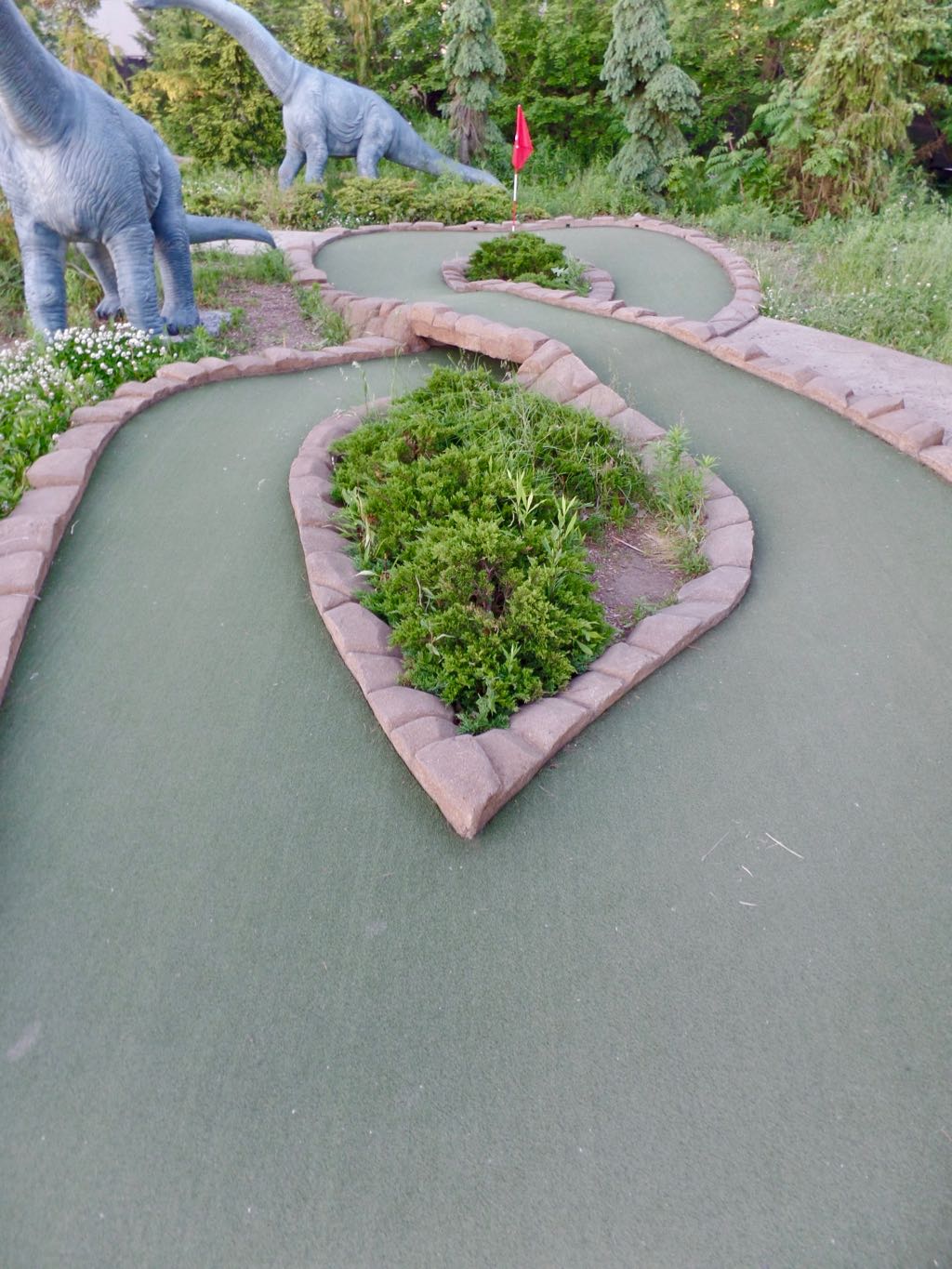 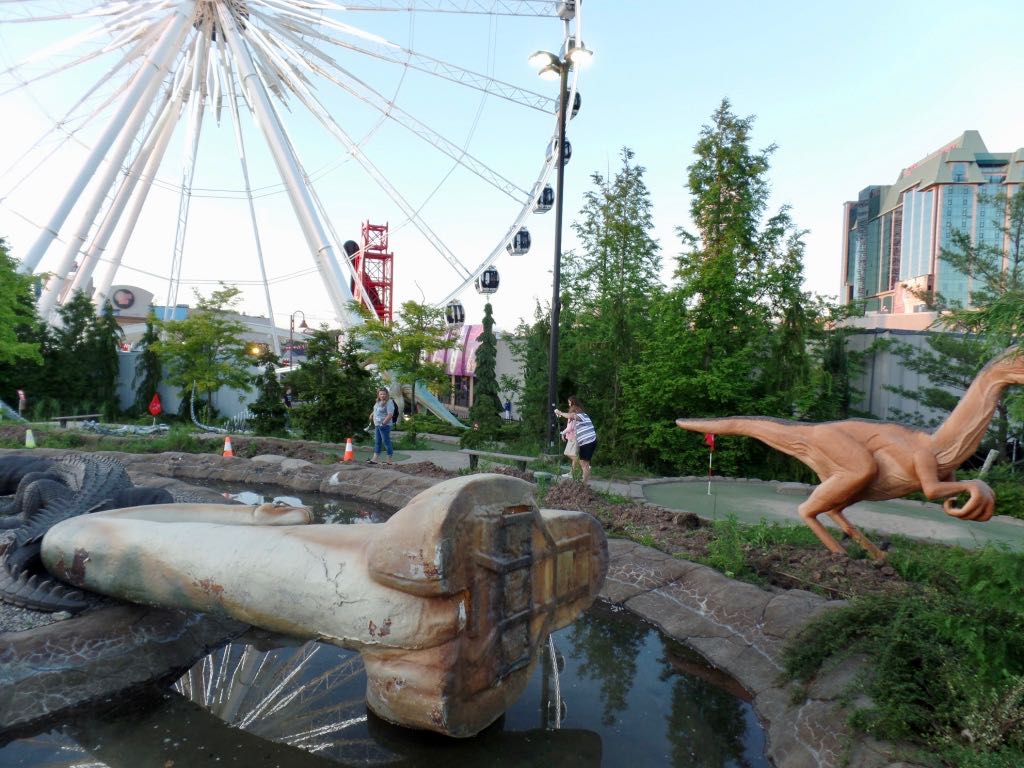 The toppled-over brontosaur here was one of the figures that

bunny_hugger was pretty sure she remembered from having been here and playing dinosaur miniature golf years ago, I think with her parents? ... Check the comments (on Livejournal) for corrections if I have this wrong. 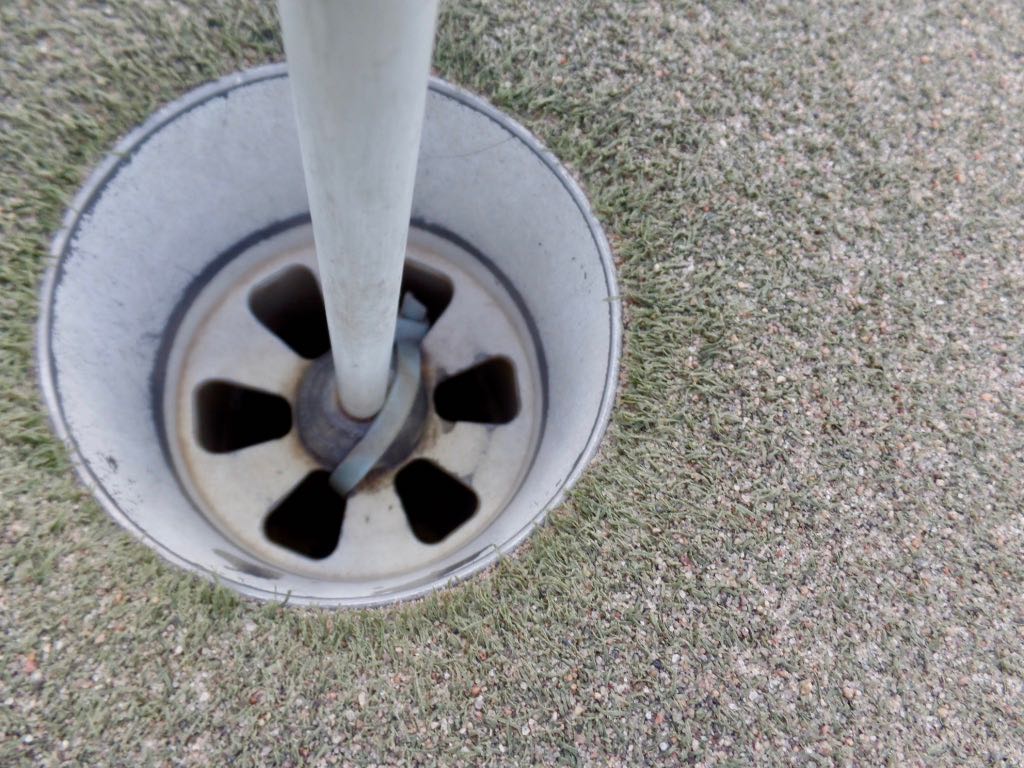 Man, what does the theft problem have to be at dinosaur mini-golf if they have to tie down the flags?

Trivia: Overseas commerce from the colony of West New Jersey started no later than 1680, when Mahlon Stacy sent a ship to Barbados. Source: New Jersey From Colony To State, 1609 - 1789, Richard P McCormick.