My iPod is giving me troubles. The past month or so the audio plugs have been loose. I thought this was a problem of one plug wearing out, but a different one --- of different design --- has the same trouble. While walking around, or sometimes just driving in the car, the cable jiggles and this trips the iPod to pausing. Sometimes it resumes right away, but it also drains the battery. I can have the thing go from fully charged to low-battery warning, or emergency crash, in an ordinary walk. I understand some of this is that I'm walking a lot more than I did before the pandemic. But it's still annoying.

I took the thing to Capitol Macintosh, since they have a tool for cleaning out audio ports and I thought maybe it was grit in there worsening the connections. They gave it a try, but didn't see anything particularly suspicious. They recommended if this doesn't fix things, try an unauthorized retailer. (All they could do with the iPod is send it in to Apple Headquarters, in case Apple Headquarters knows something they don't.) I may give that a try depending on just how annoyed I am by all this.

I did, at Five Below while buying a new plug-in earphone, see they have bluetooth headsets. These are just $6, which isn't bad except that I don't believe they're rechargeable. I would rather avoid adding to electronic waste, but if the choice is earphones that'll be junk in a year, or replacing a whole iPod, I know what's better. ... Still, I should see what a repair estimate would be.

That's enough of that for a bit. Let's spend a little time back outside Niagara Falls, Ontario edition, and see how they look at night. 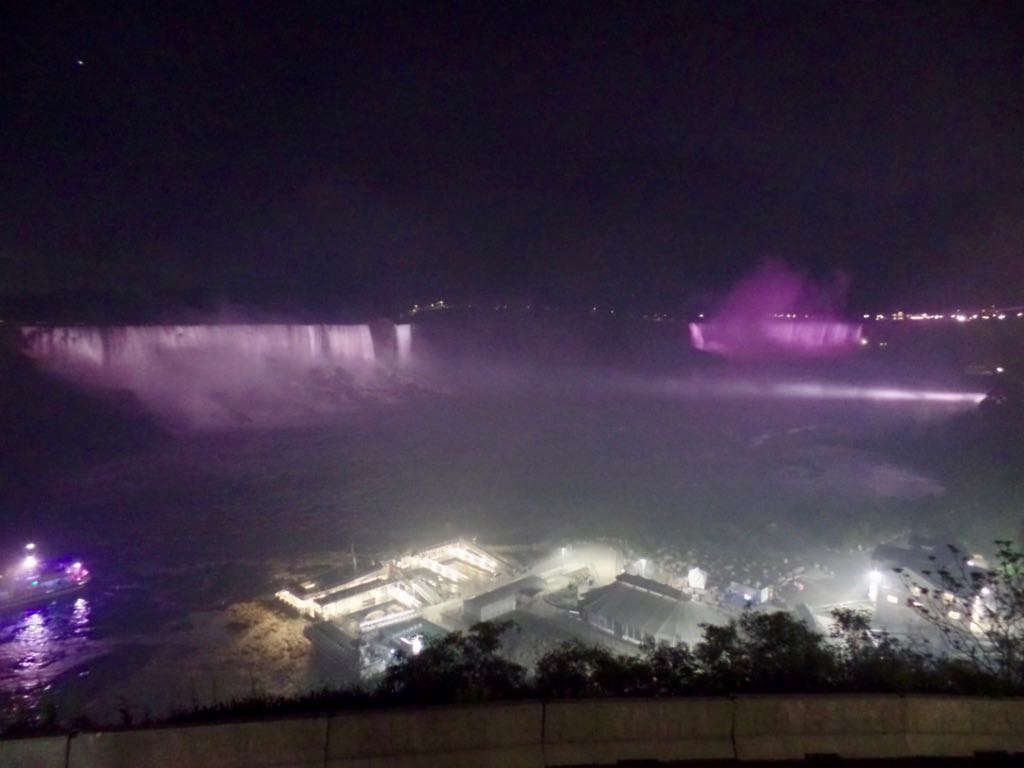 Back to the Falls for some night pictures. It turns out they 'paint' the falls with spotlights for a shifting color display. 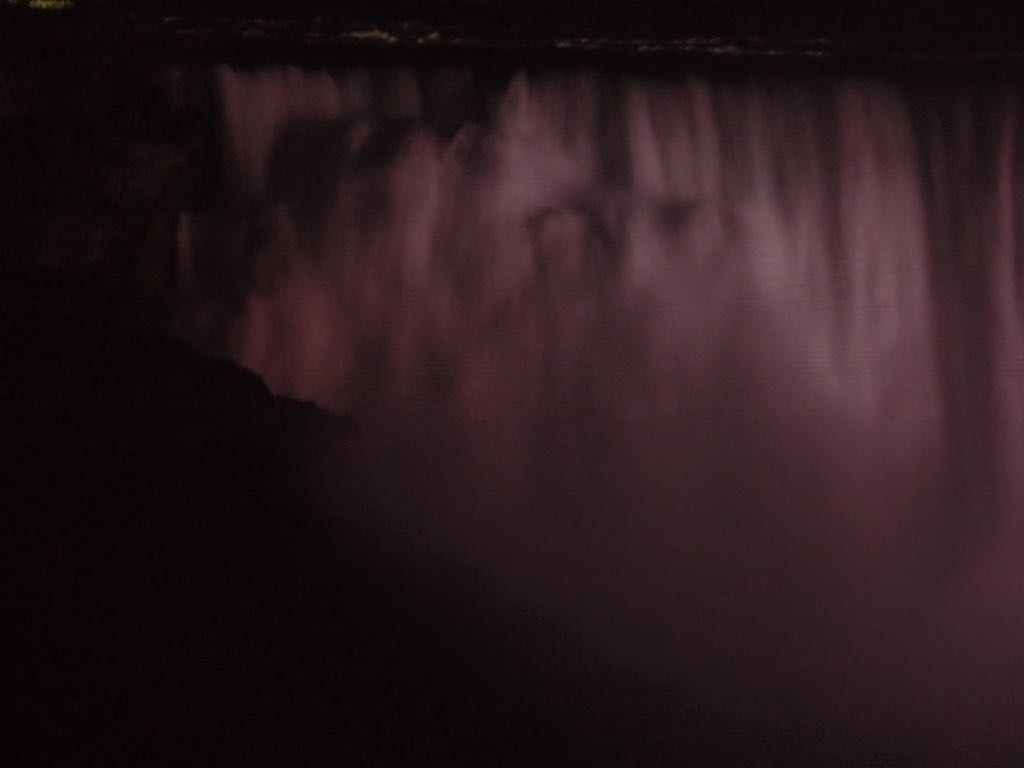 In the transition between purple and white lights the American Falls look particularly spectral. 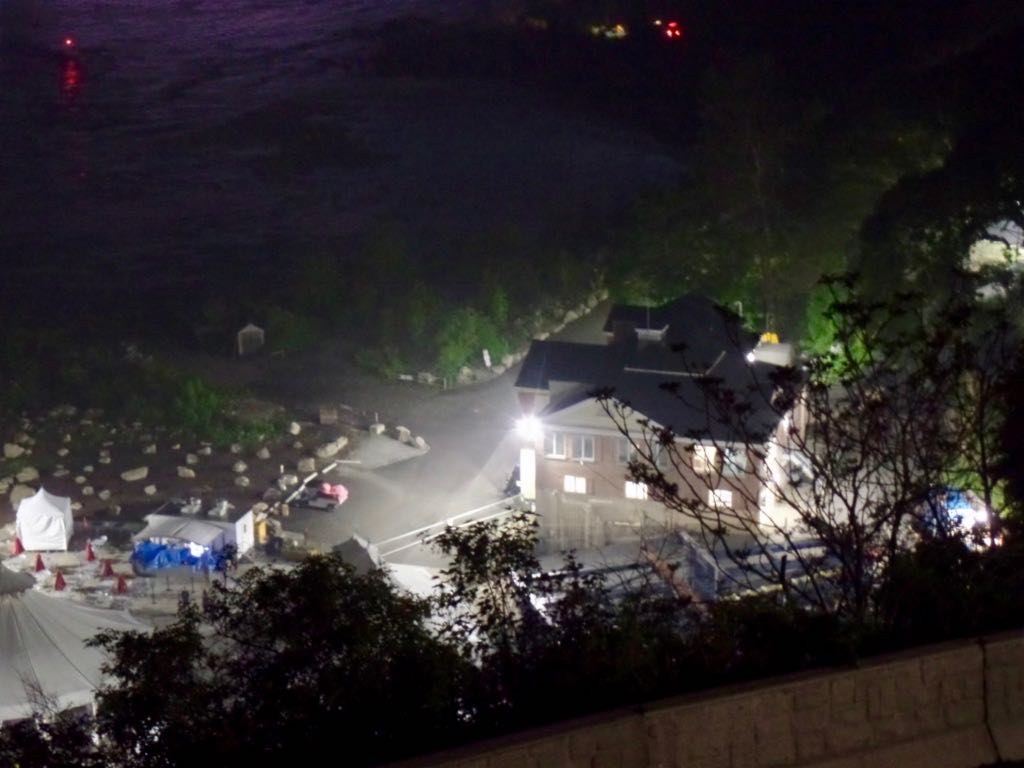 The boat-tour area comes out well-lit and amazingly clear from this angle. 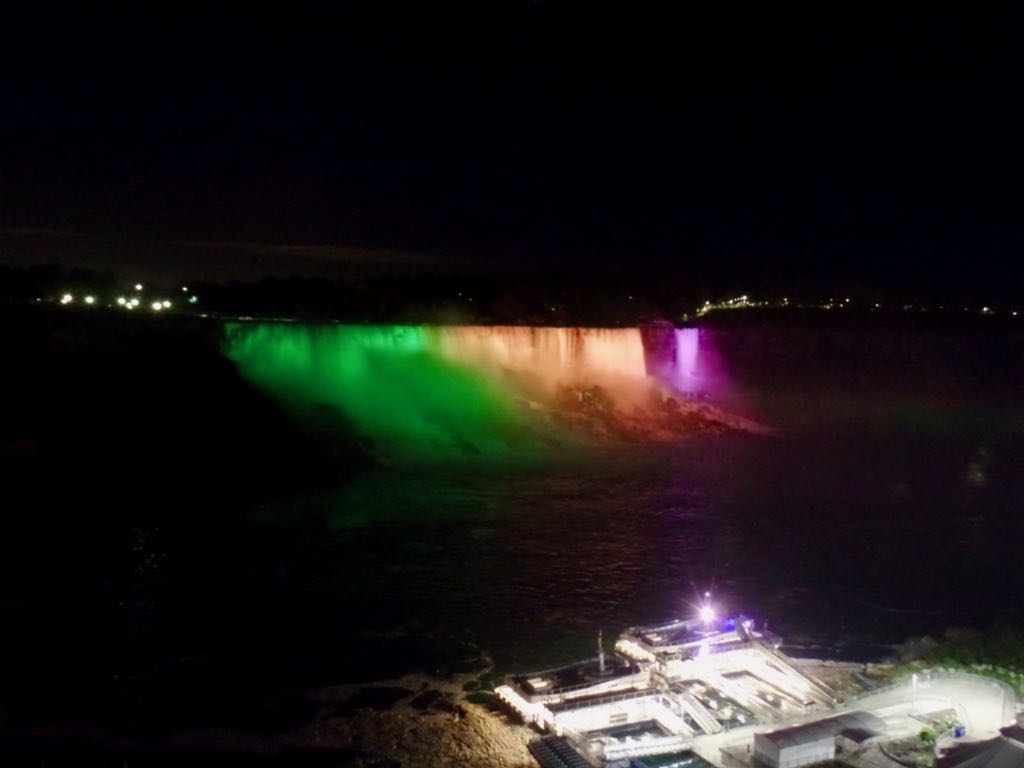 Bit of a rainbow look to the falls here. 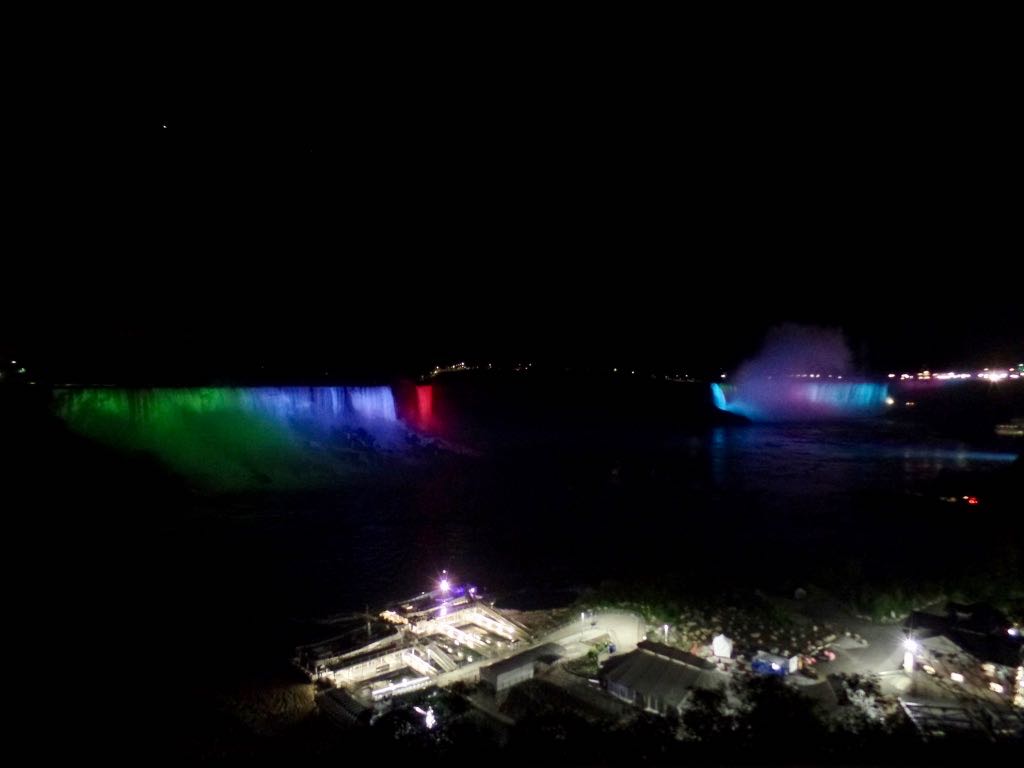 And here we see Niagara Falls as colored by a Commodore 64. 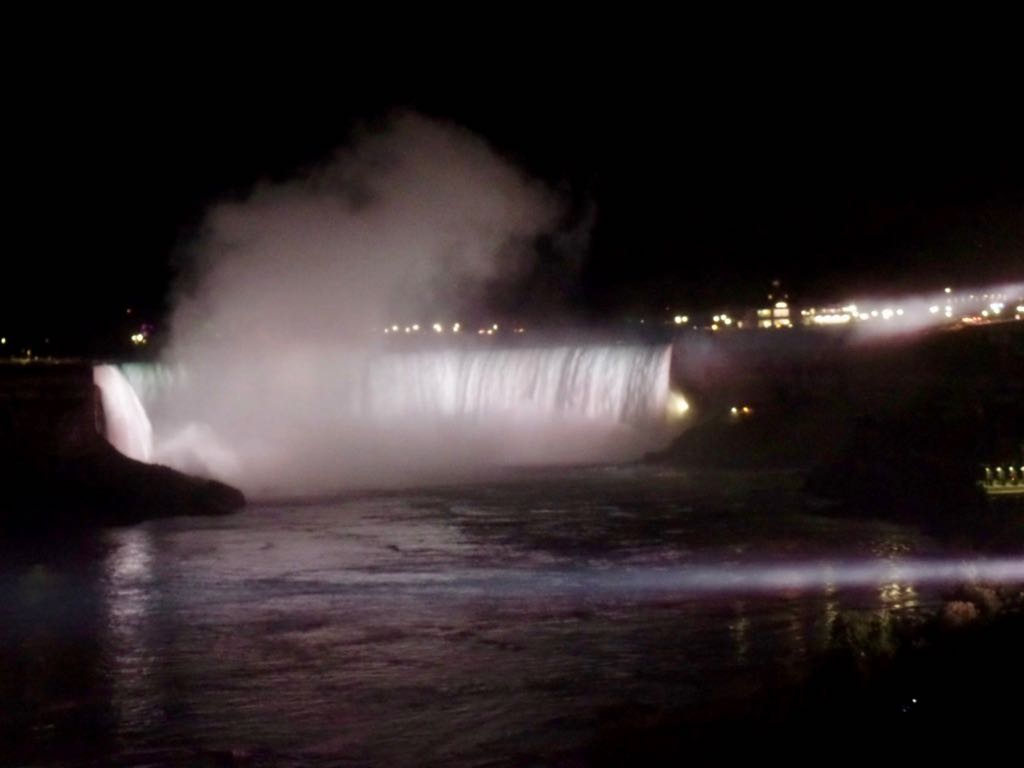 Sometimes the light cycles around to white so you just see the water as it looks in the sun, but against silhouettes rather than ground. 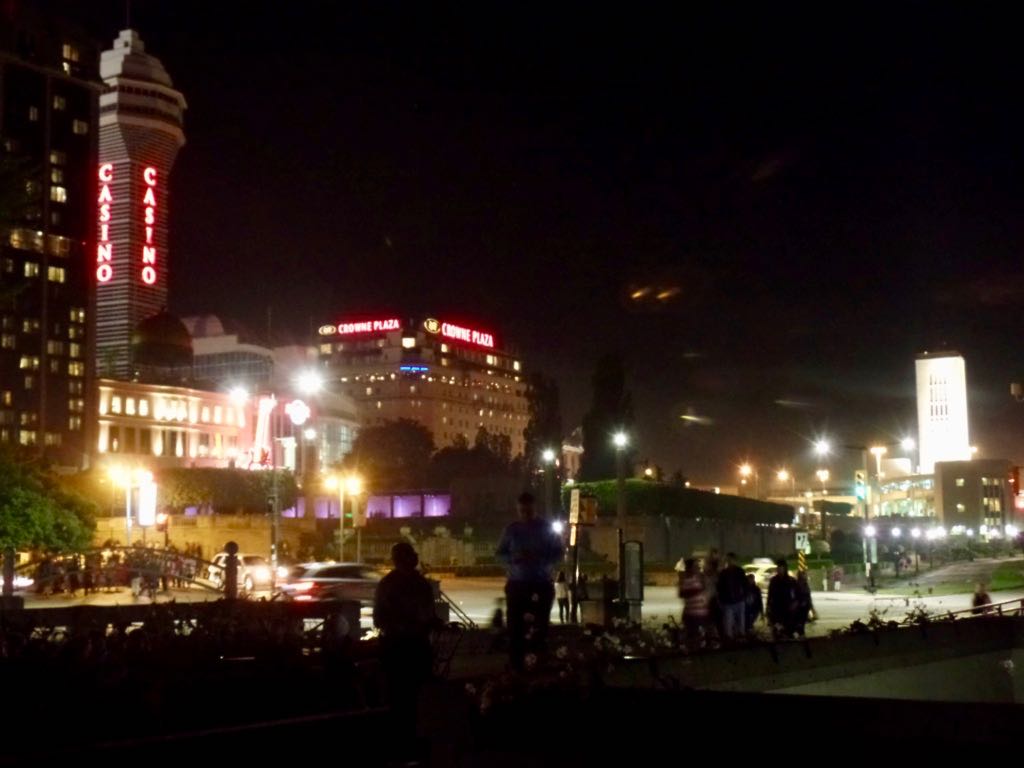 A quick look back up into town. 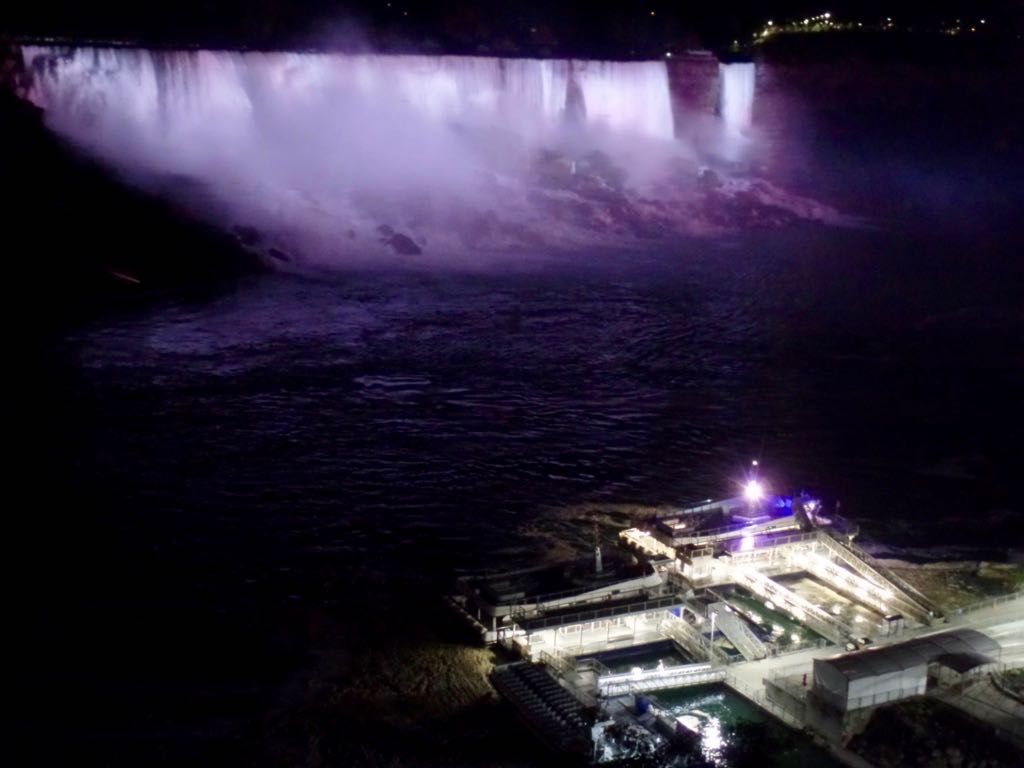 And a last look at purple-tinted falls. 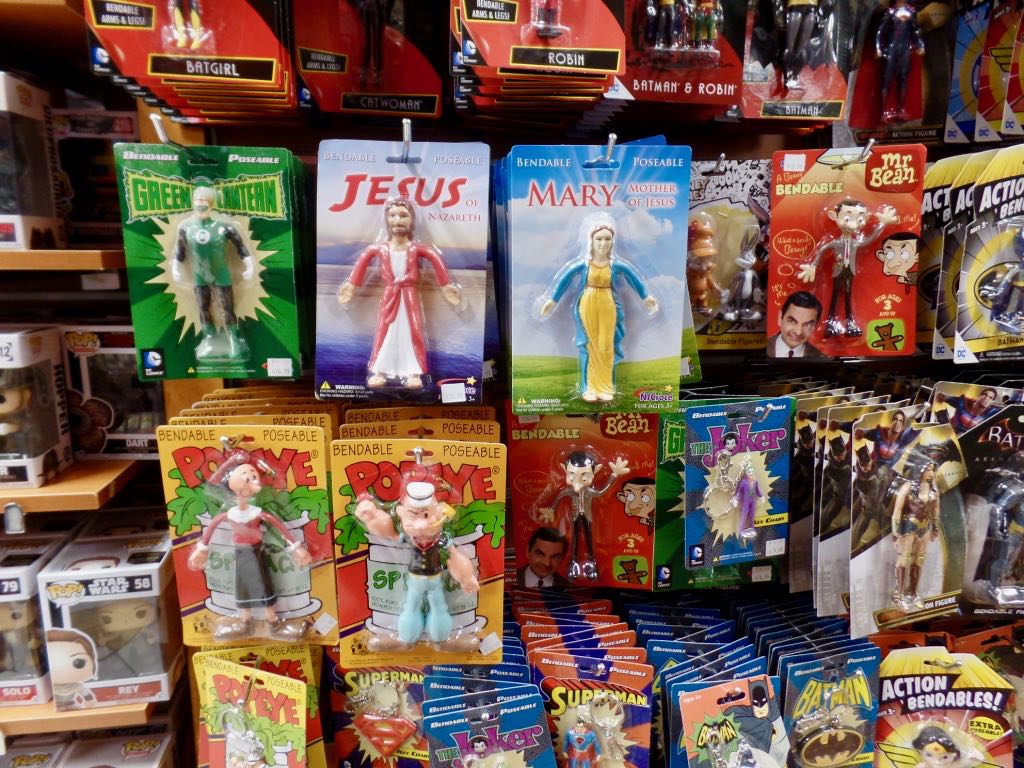 Bendy, posable dolls we saw in a souvenir shop. As excited as we were to see Popeye and Olive Oyl, uh ... bendy posable Jesus and Mary seems like the setup for an especially blasphemous joke. Putting them on the same row as Green Lantern, Mister Bean, and Elmer Fudd seems to be compounding the matter. 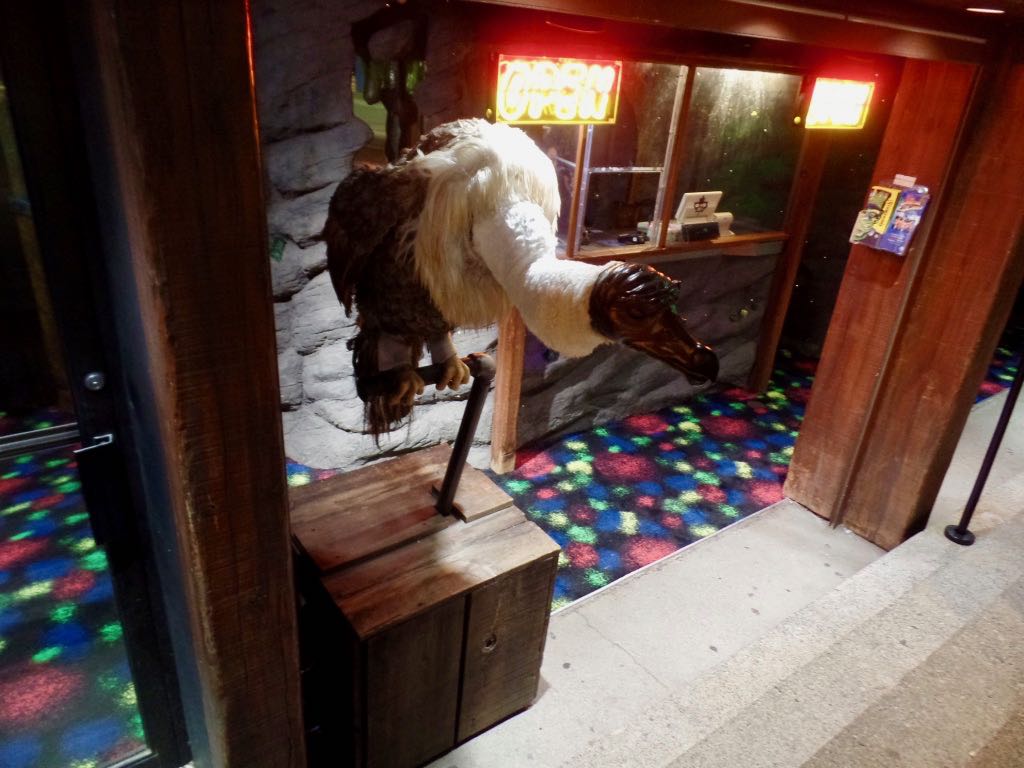 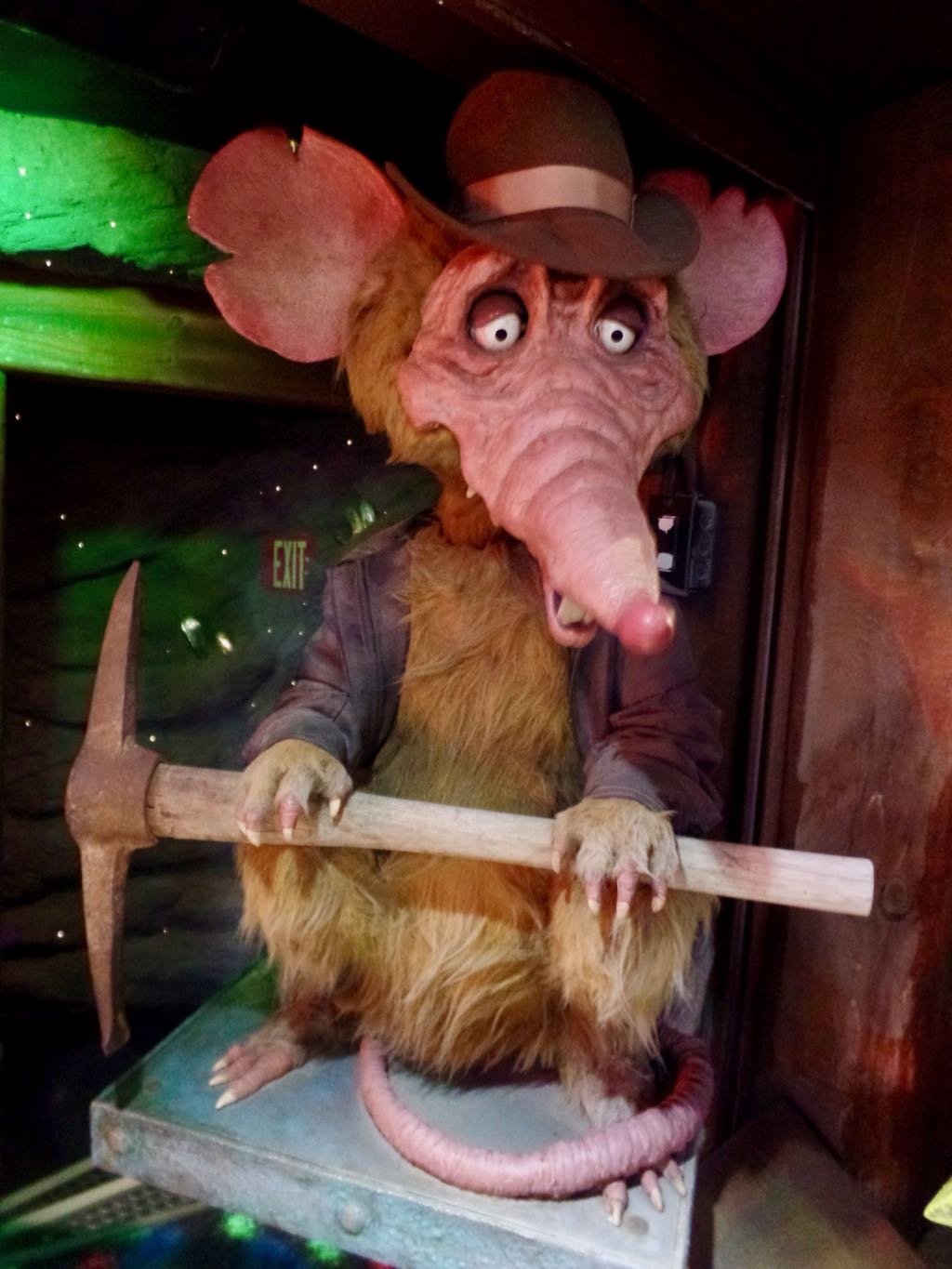 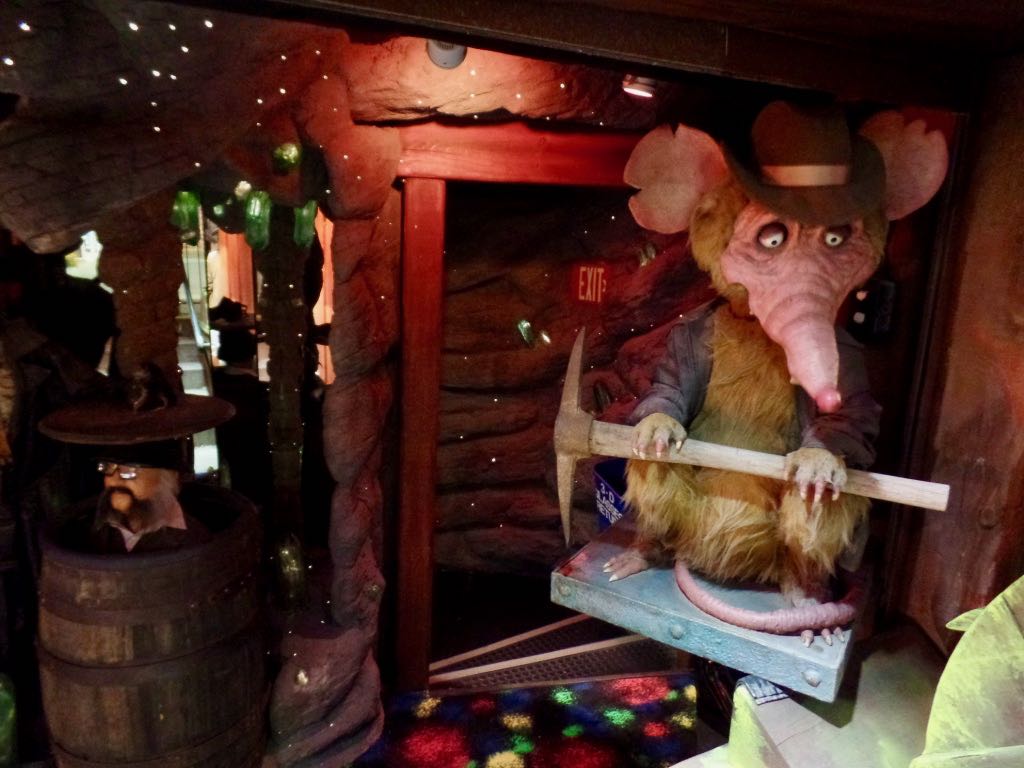 And here's the rat plus a guy in a barrel. We did go into this mirror maze and it was really good. The mirrors were all but spotless --- patrons had to wear rubber gloves to go in --- so you did not have the usual problem of smudges showing you where it was safe to walk. We spent a good and great time in there.

Trivia: In 1974 Intel quoted Micro Instrumentation and Telemetry Systems, planning to build the Altair personal computer, a price estimate of US$360 per chip for small quantities of 8080s. The chips actually came in at $75 each. Source: A History of Modern Computing, Paul E Ceruzzi. (Intel had not really studied what low-volume 8080 chip production would cost.)