It's the big week on my mathematics blog! Which is to say it's the week ahead of the Playful Math Education Blog Carnival, if anything goes as planned. What's run on my little corner of mathematics writing recently? This stuff:

Then there's my viewing of 60s Popeye: Old Salt Tale (the New Salt Tale's bogged down in construction) get a little attention.

And now ... the final pictures from our night at Clifton Hill, and the Ontario side of Niagara Falls. And the last pictures I took of our trip to the amusement parks of the Toronto and Western New York areas! 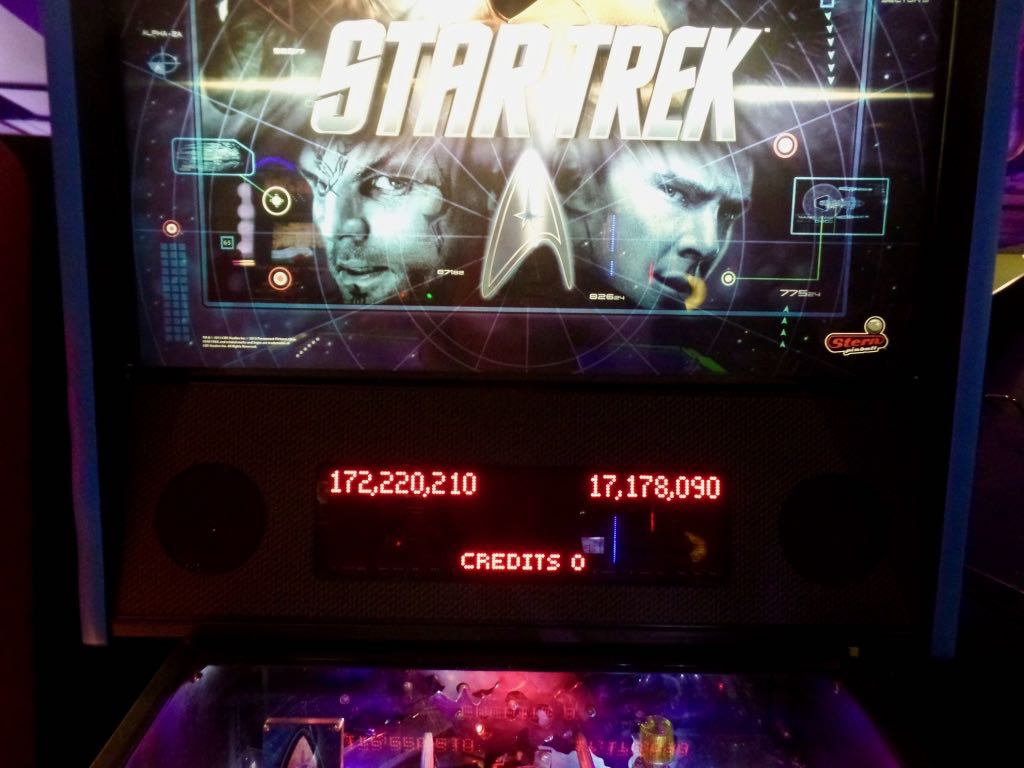 So in the Great Canadian Midway was pinball, as we'd hoped. Just the one game, though, the Stern Star Trek. We'd played one game before and had fair games. We went back for another round and ... I had a pretty good game, and that'll just happen sometimes. 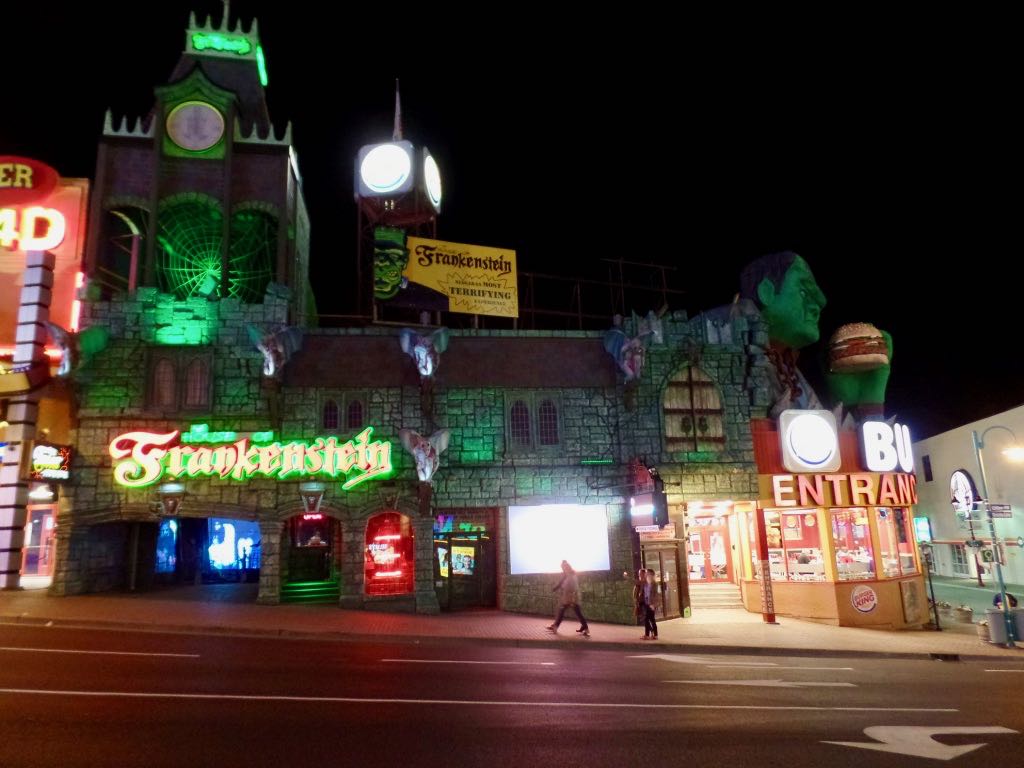 A last look at the Frankenstein Burger King as we went in for the night. 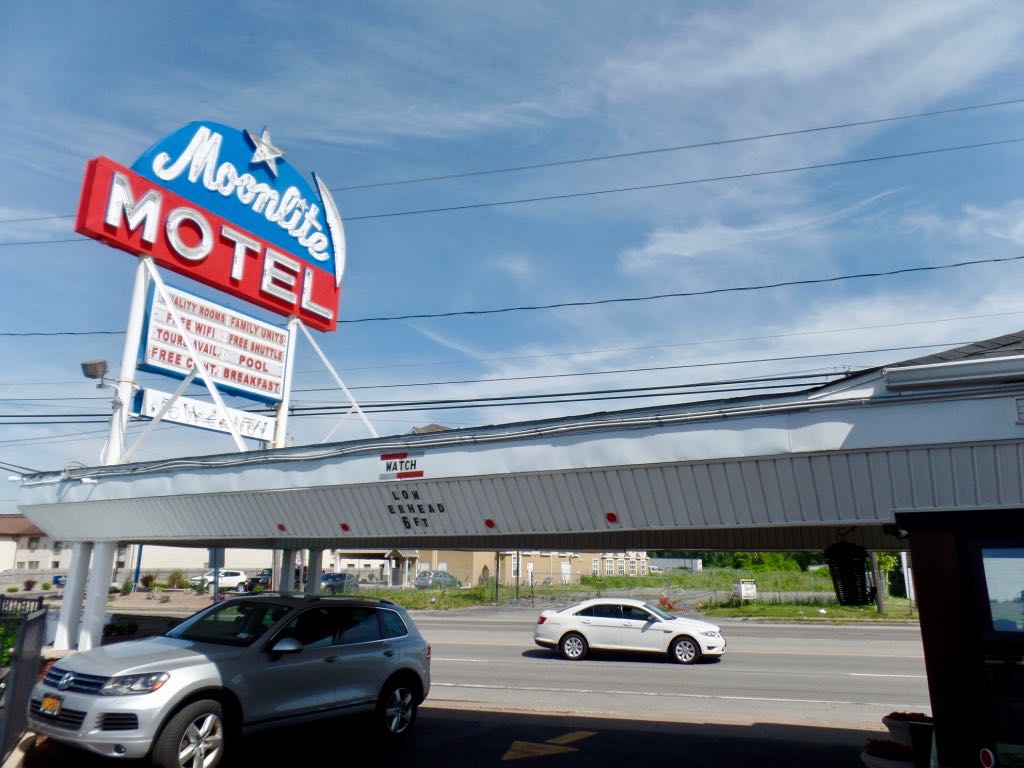 A morning look at the Moonlite Motel, a glorious mid-century-style motel. Our only disappointment was not getting a picture of the sign by night. 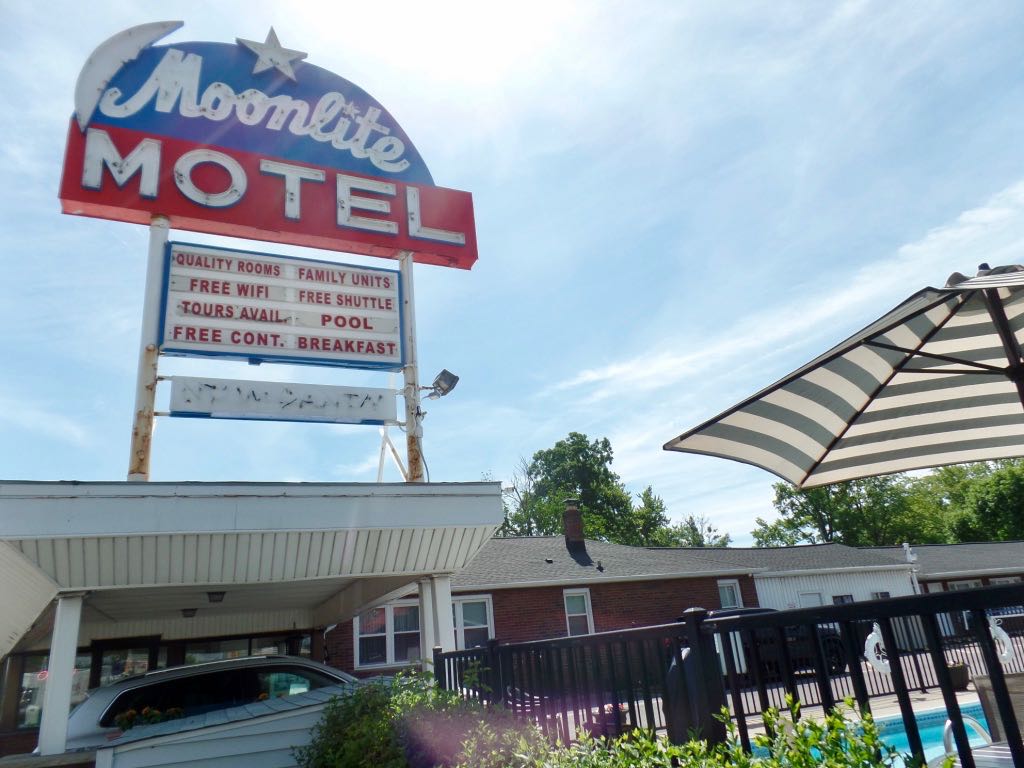 There's a lot of motels like this in the area. 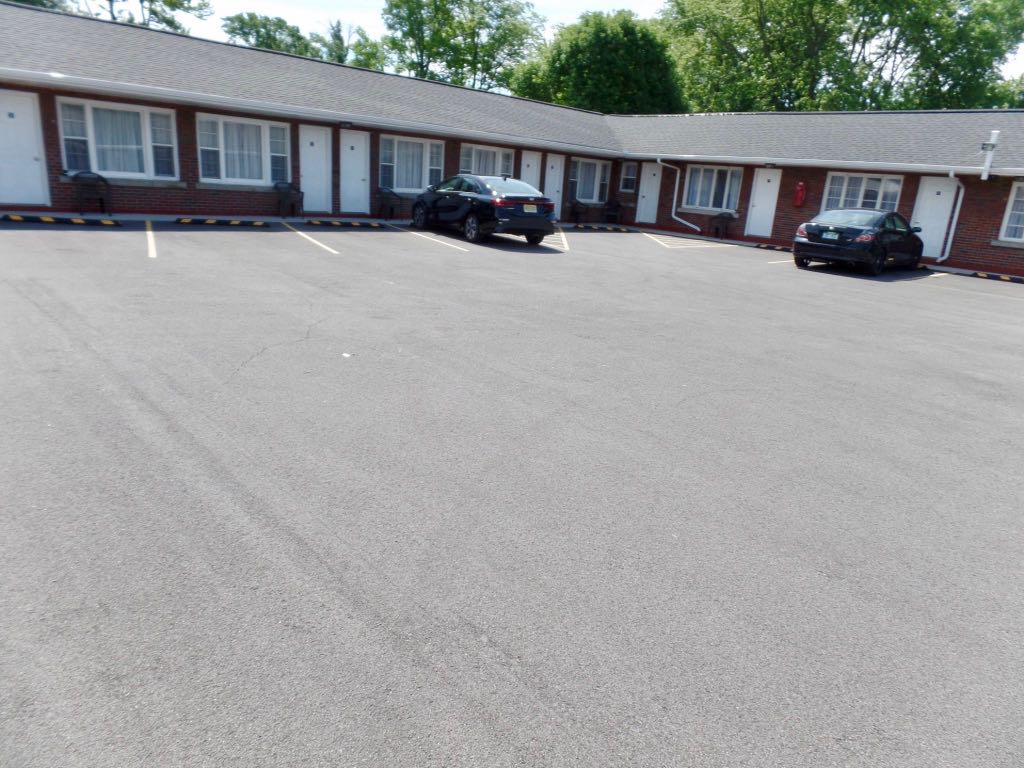 It is your classic mid-century motel layout. 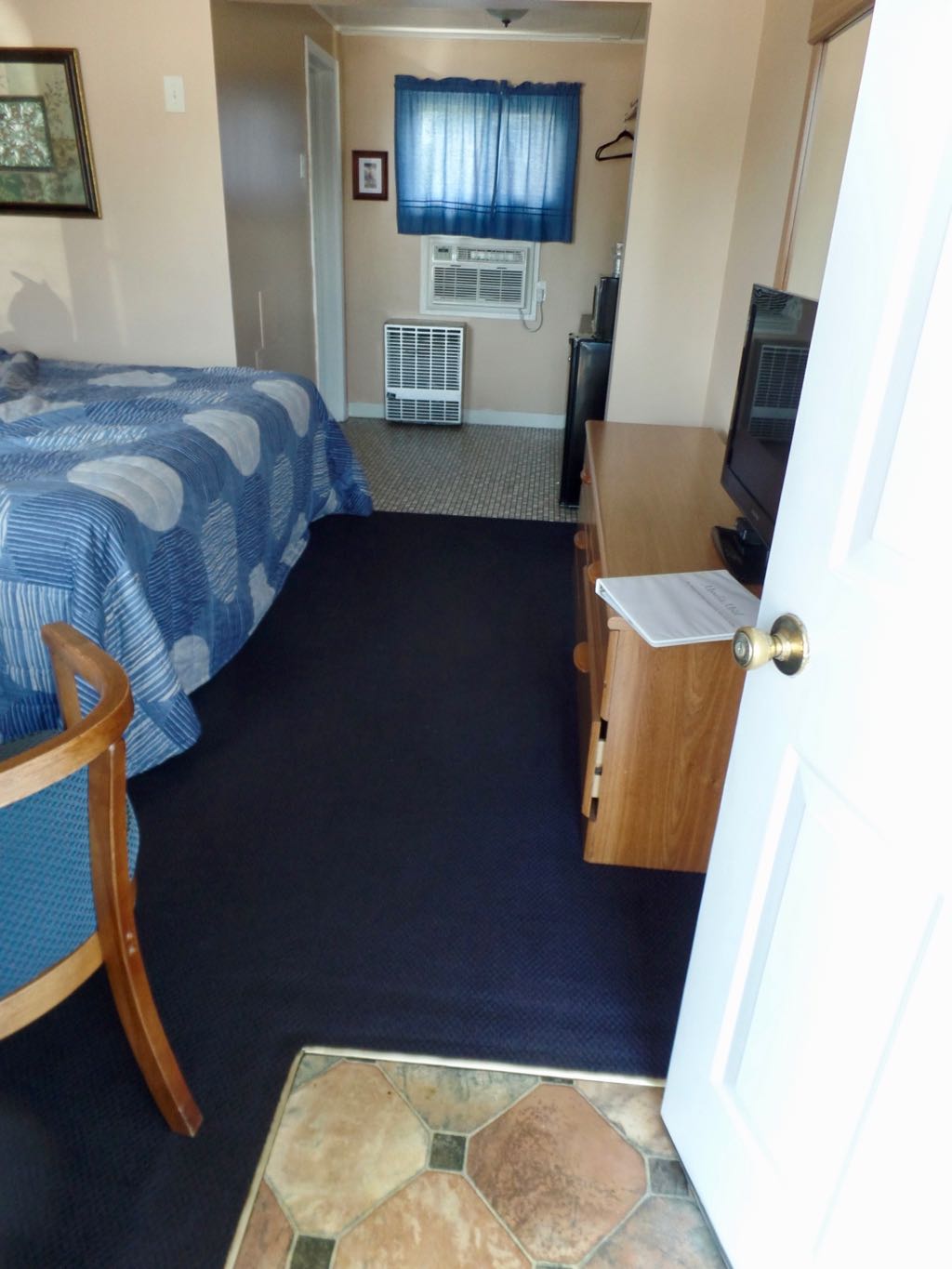 Our motel room and the place that, for a couple months, I thought I'd lost our mobile hotspot to. I did not. 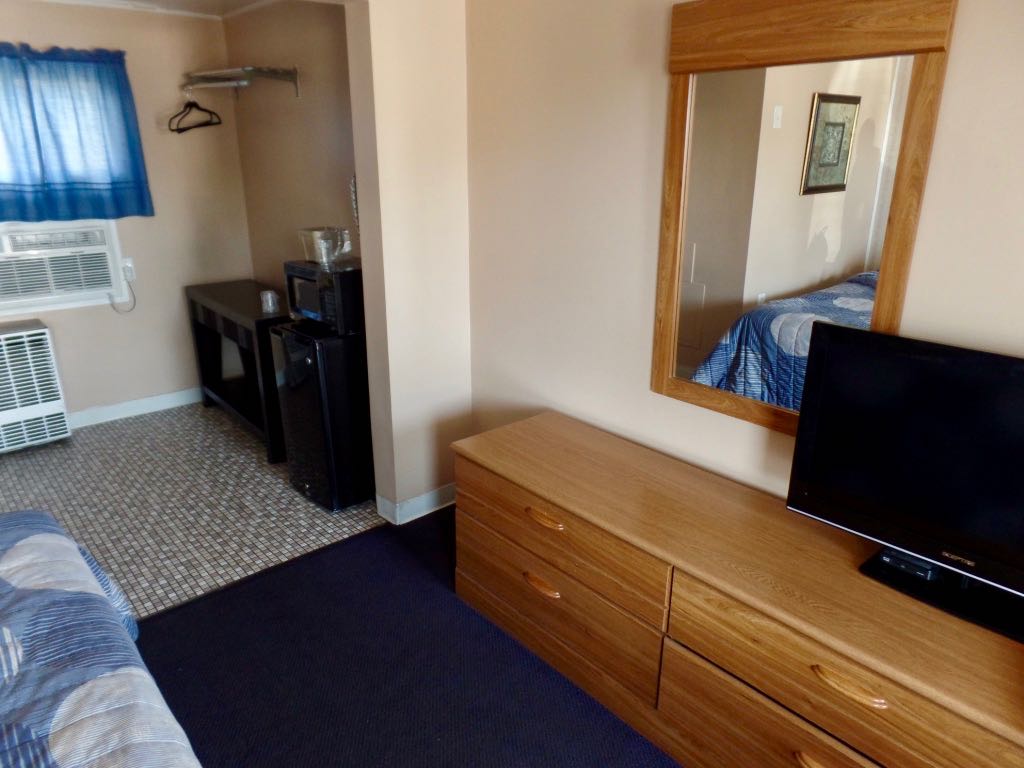 It had gotten some rounds of modernization but I sincerely like the peach walls and the tiny tile outside the bathroom there. 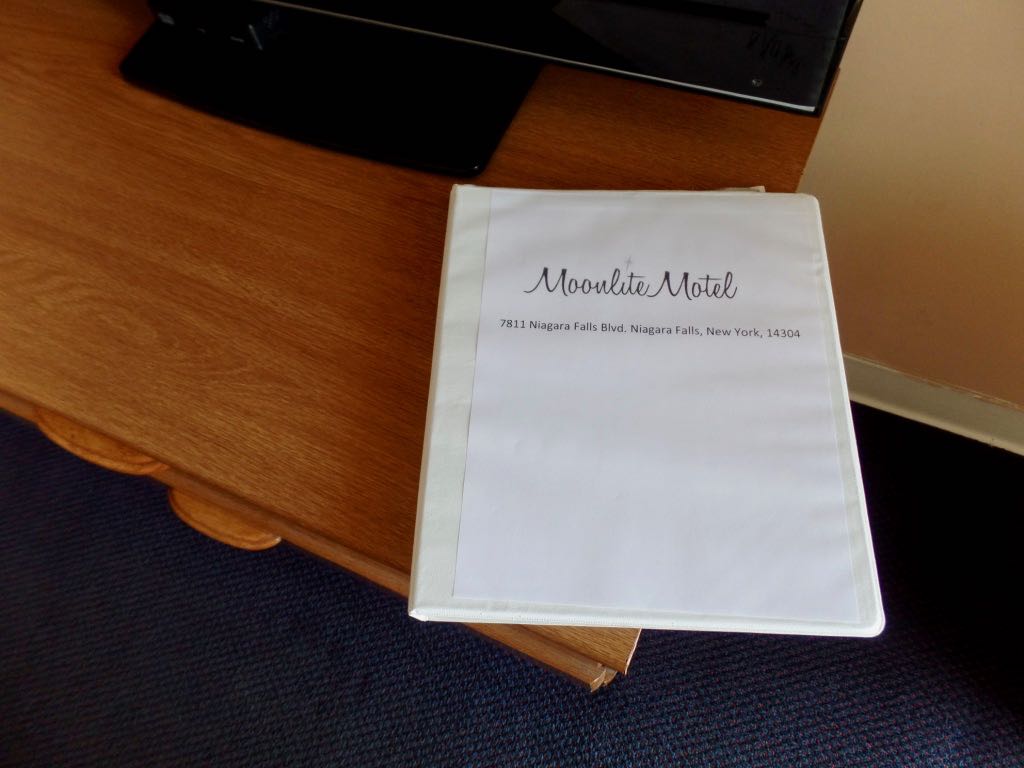 Binder full of restaurants and tourist attractions. The motel is also part of a group that offers free bus rides to and from Niagara Falls, Ontario, although we drove ourselves in order that we might stay out a little longer. 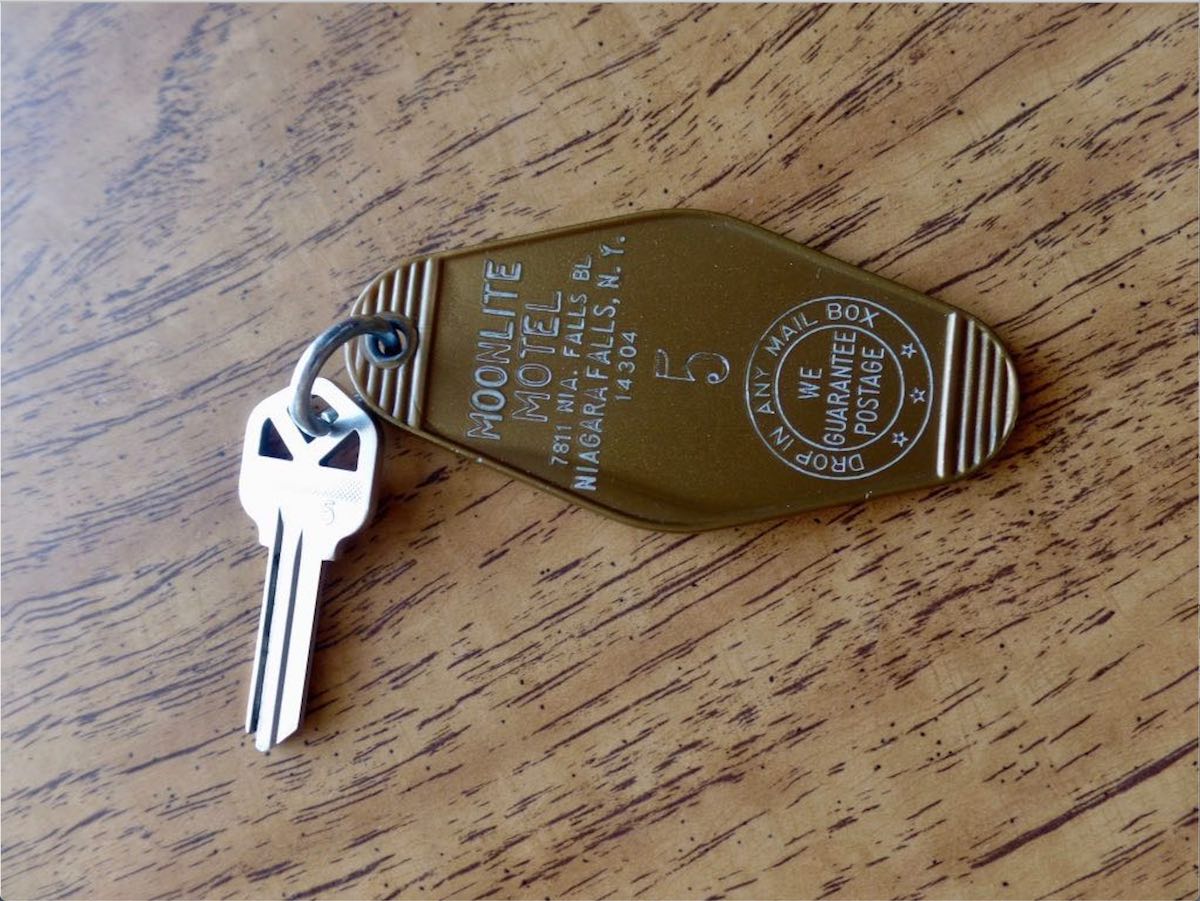 And they had these wonderful classic style room keys, complete with guaranteed postage from mail slots.

So place your bets: is the next thing on my photo reel a pinball thing or an amusement park?

Trivia: Benjamin Rush in 1809 had a quasi-religious dream in which his friends John Adams and Thomas Jefferson reconciled, began a rewarding correspondence, and ultimately died at nearly the same time. He shared the details of the dream with Adams and Jefferson, who did. Source: Signing Their Lives Away: The Fame and Misfortune of the Men who Signed the Declaration of Independence, Denise Kiernan, Joseph D'Agnese. While I pass this on, I agree, I would like to see a contemporary primary citation of this dream.