Flowing into the night

Would it really be that hard to punish killer cops, sometimes?

So in the pinball-versus-amusement-park bet: hah! Our next thing on my photo roll (worth sharing) was our anniversary trip to Kokomo's! Which is neither an amusement park nor a pinball venue! It's a Family Entertainment Center! ... Which ... honestly, is near enough an amusement park in spirit. We went there to play miniature golf and ride a roller coaster. There's days that's all we go to Michigan's Adventure for. 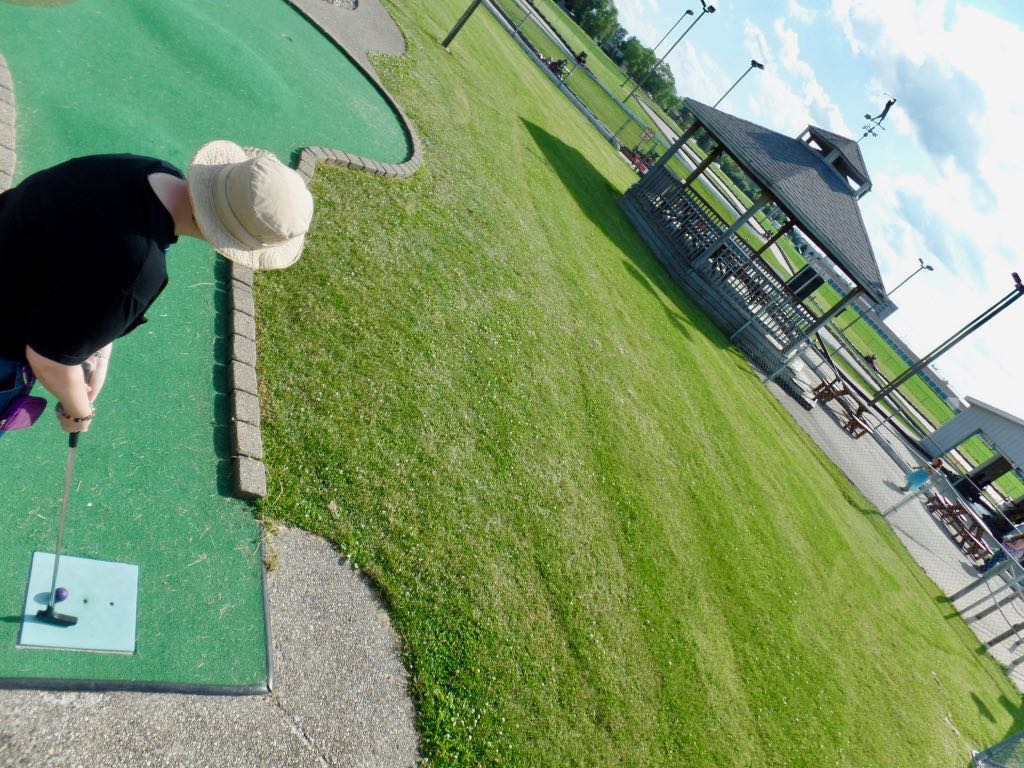 bunny_hugger getting ready to start the course. And, off in the background, the gazebo I don't think we've ever had cause to visit. 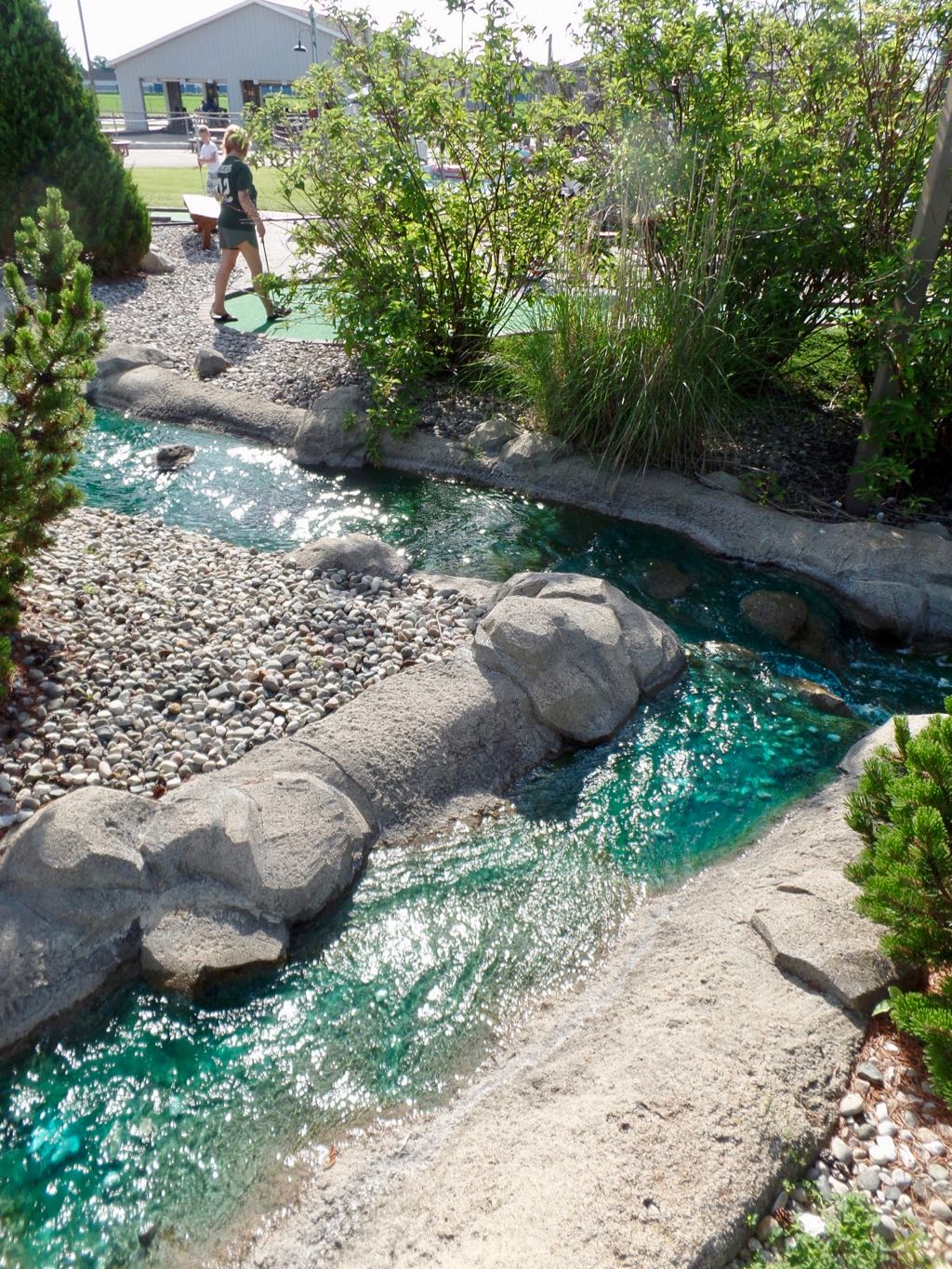 The course has several water features, channels with a painted riverbed so they look a little more like Munchkinland. 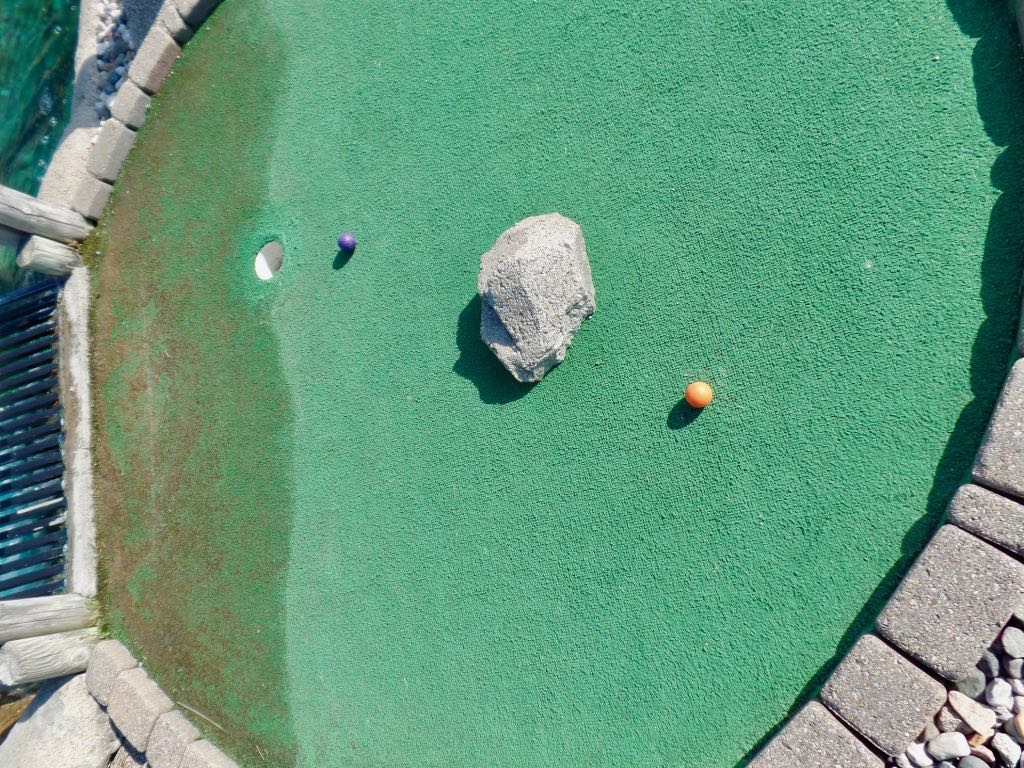 Oh now that's just not fair! (The Kokomo's course has a lot of suspiciously placed rocks, which are almost inevitably decommissioned holes. This is a miniature golf course that needs an oral history.) 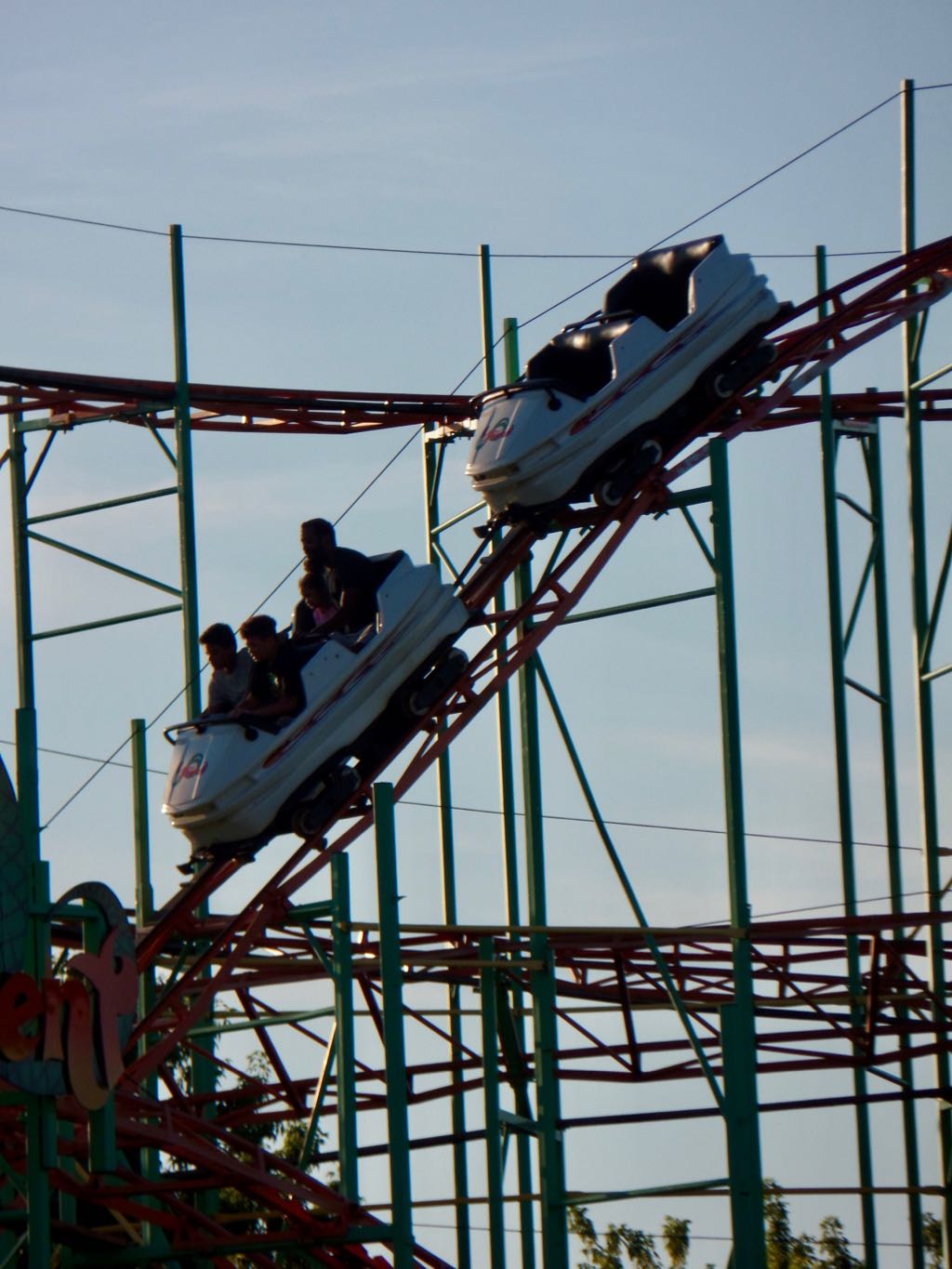 And there's our roller coaster, the Serpent. 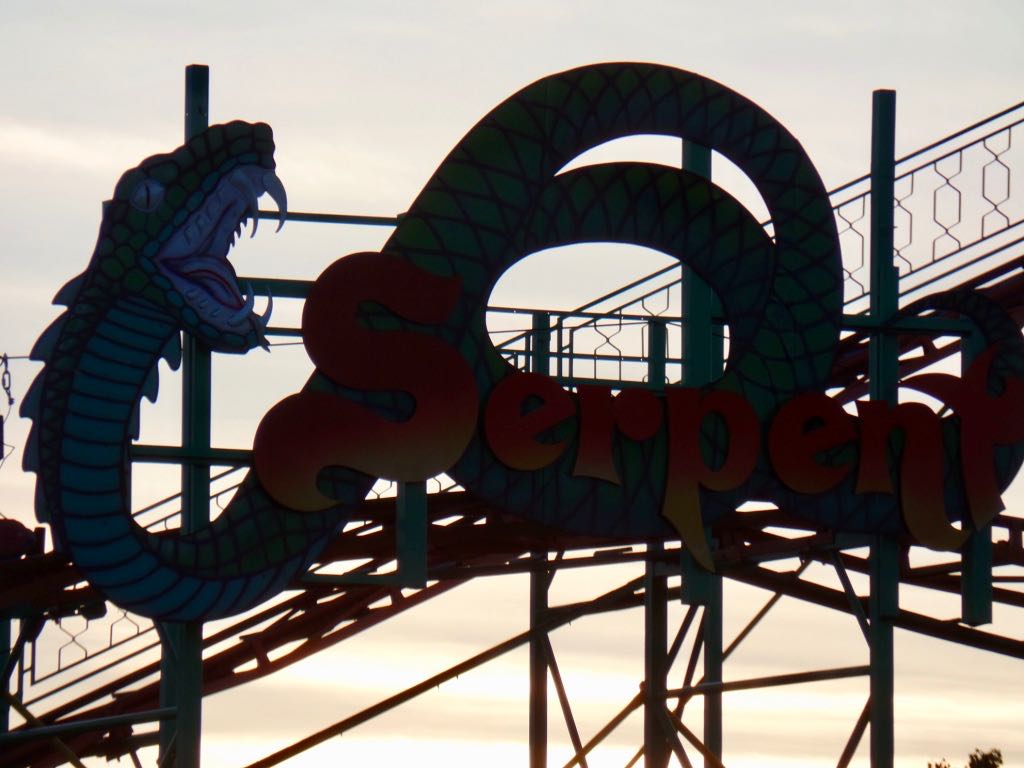 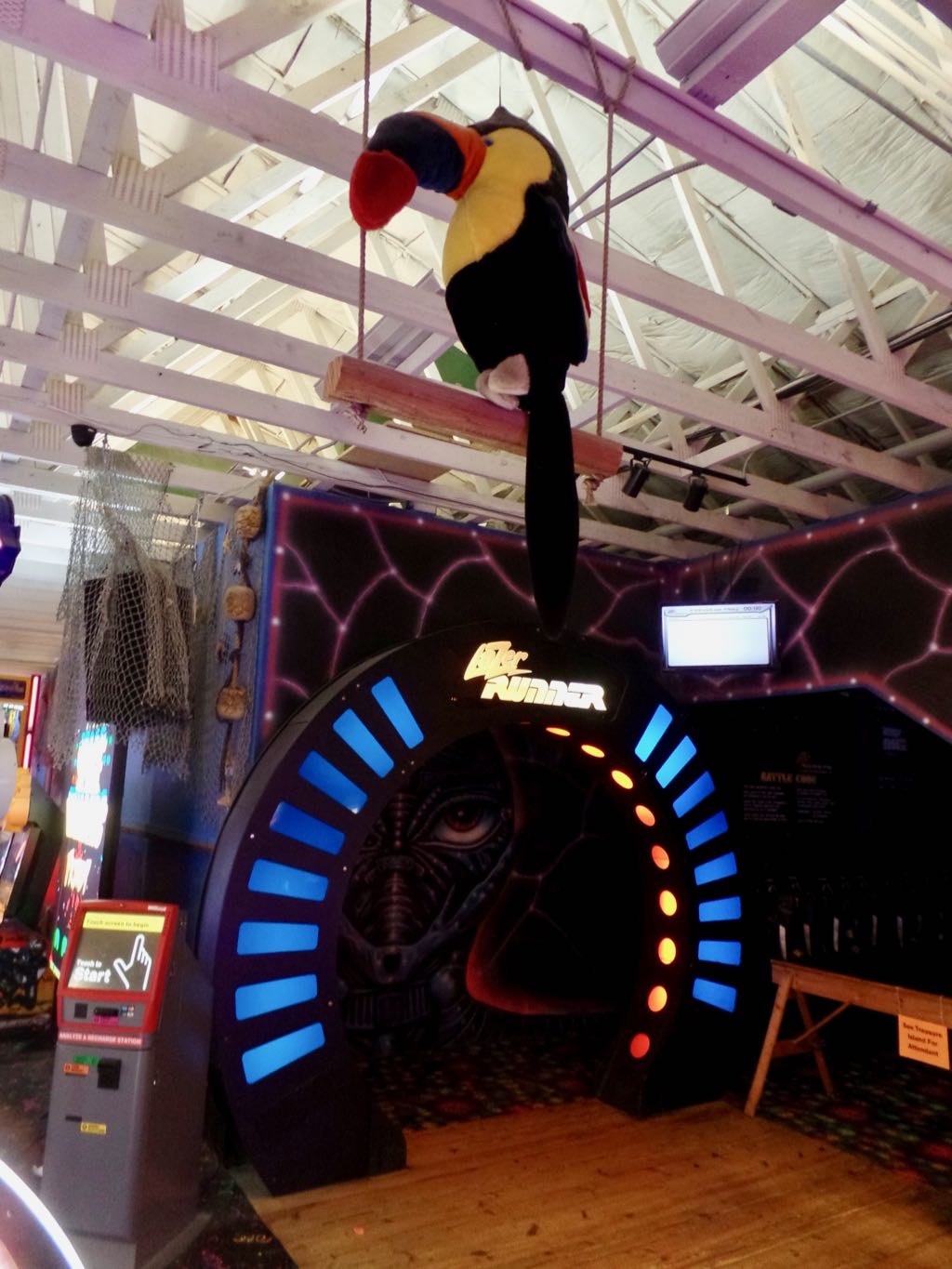 Kokomo's used to have a fortune-telling Chad the Toucan machine. That machine's gone to ... I want to say a bar in Indiana, but if I'm wrong, so what? It's represented I guess in legacy with the giant plush but that's not as good as a talking machine. 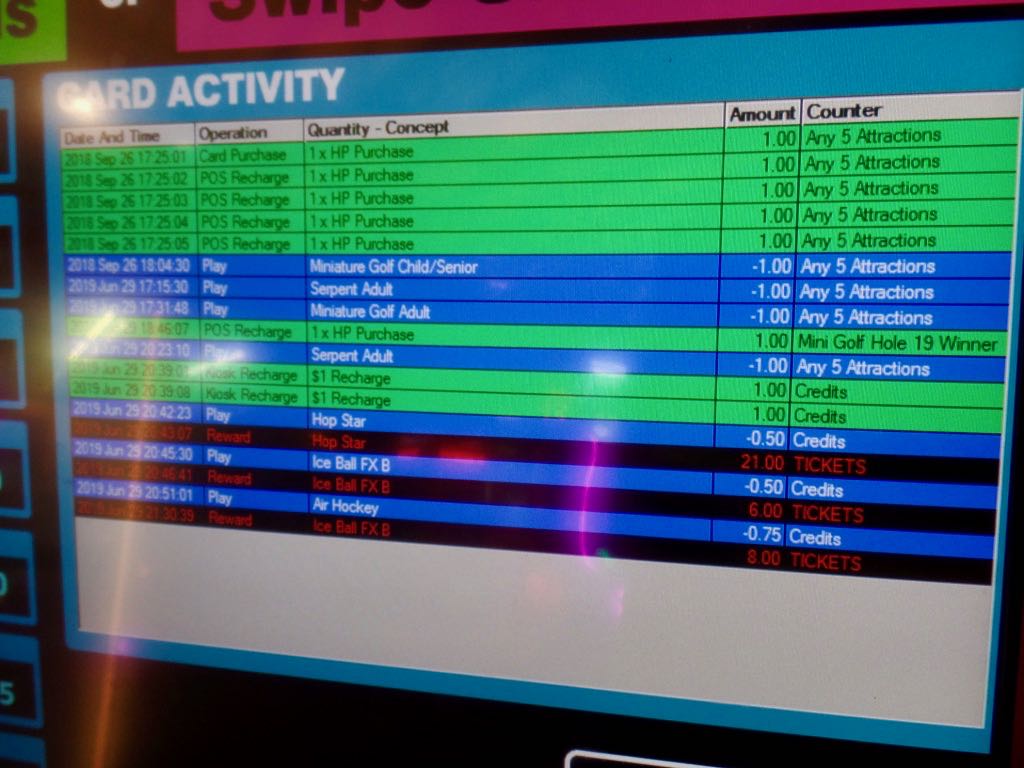 My Kokomo's card! We'd gotten the card the previous year, when we came for my birthday and it turned out the roller coaster wasn't running. So much of what we did was really stuff we had paid for the year before. Ah, but look at the readout: I won a free round of miniature golf! Nice, huh? 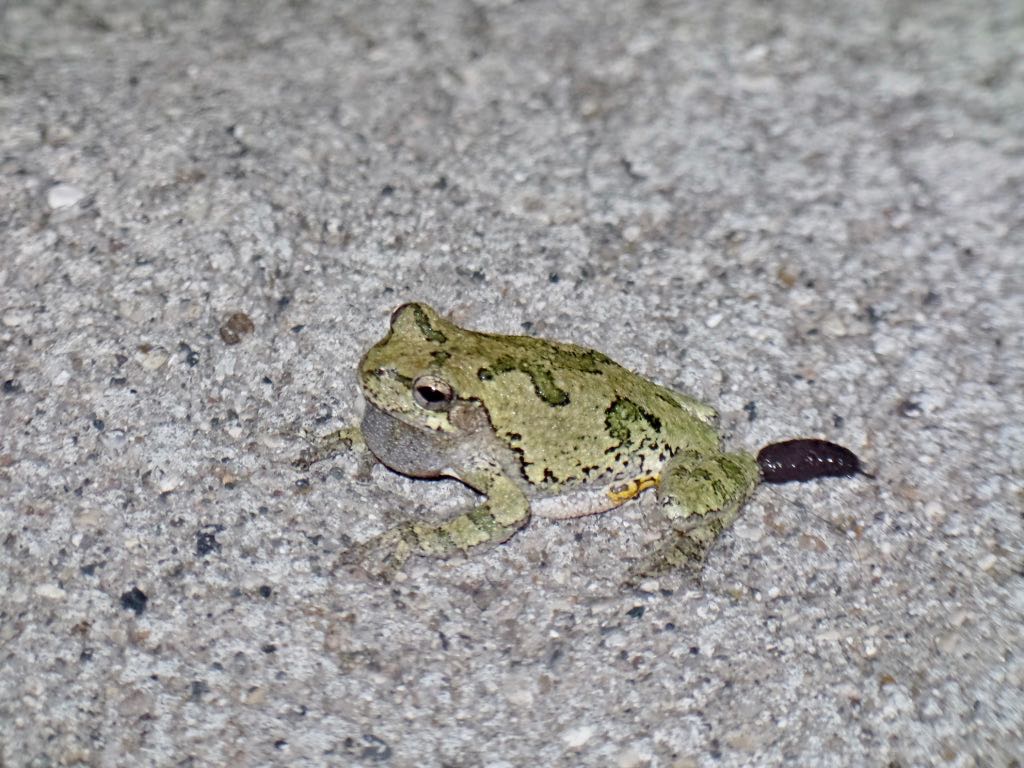 While sitting by the golf course at night we heard a frog, and looked around, and here he was on the rock beside us. 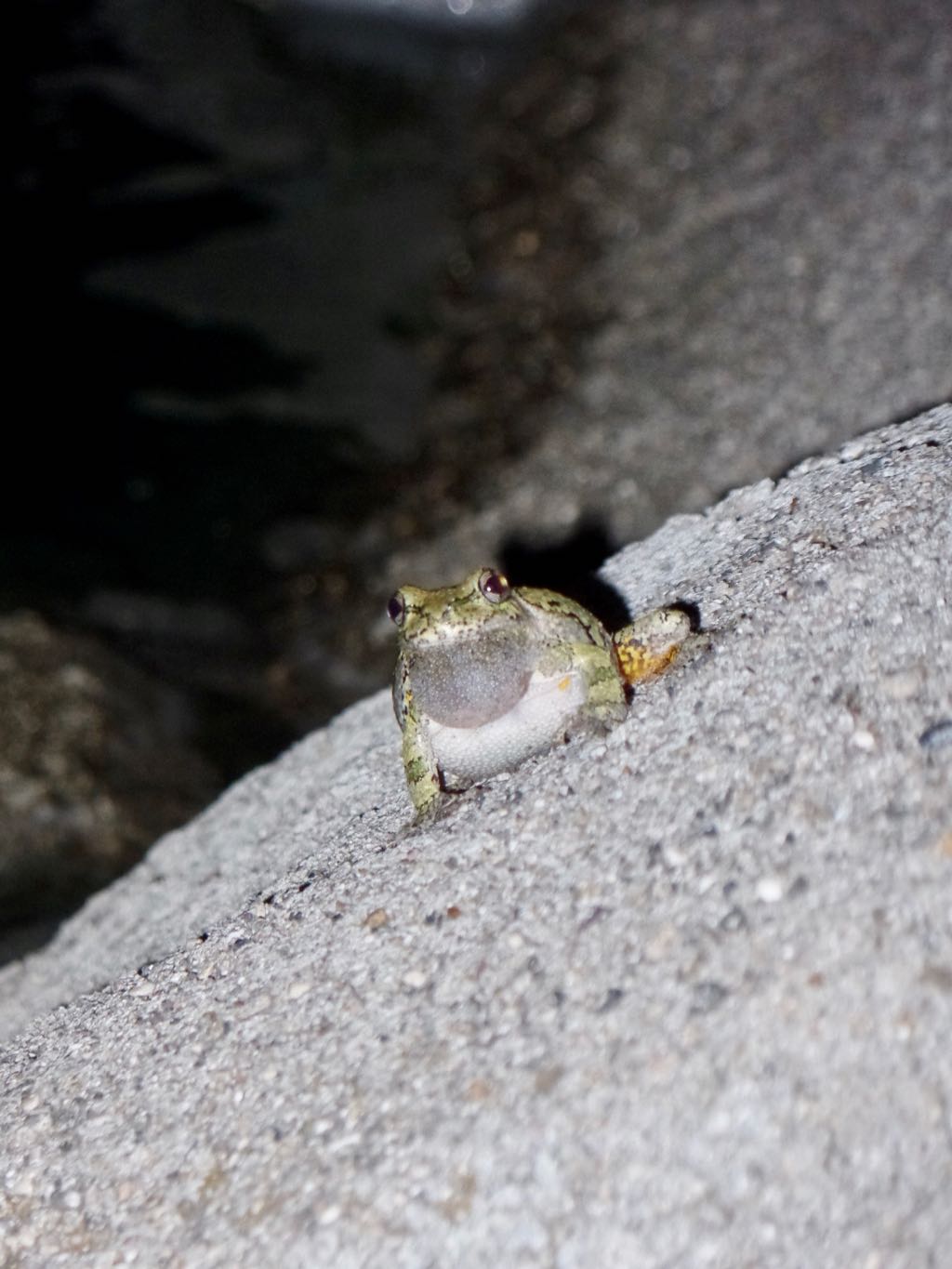 Frog deciding whether we're worth his putting on a show. 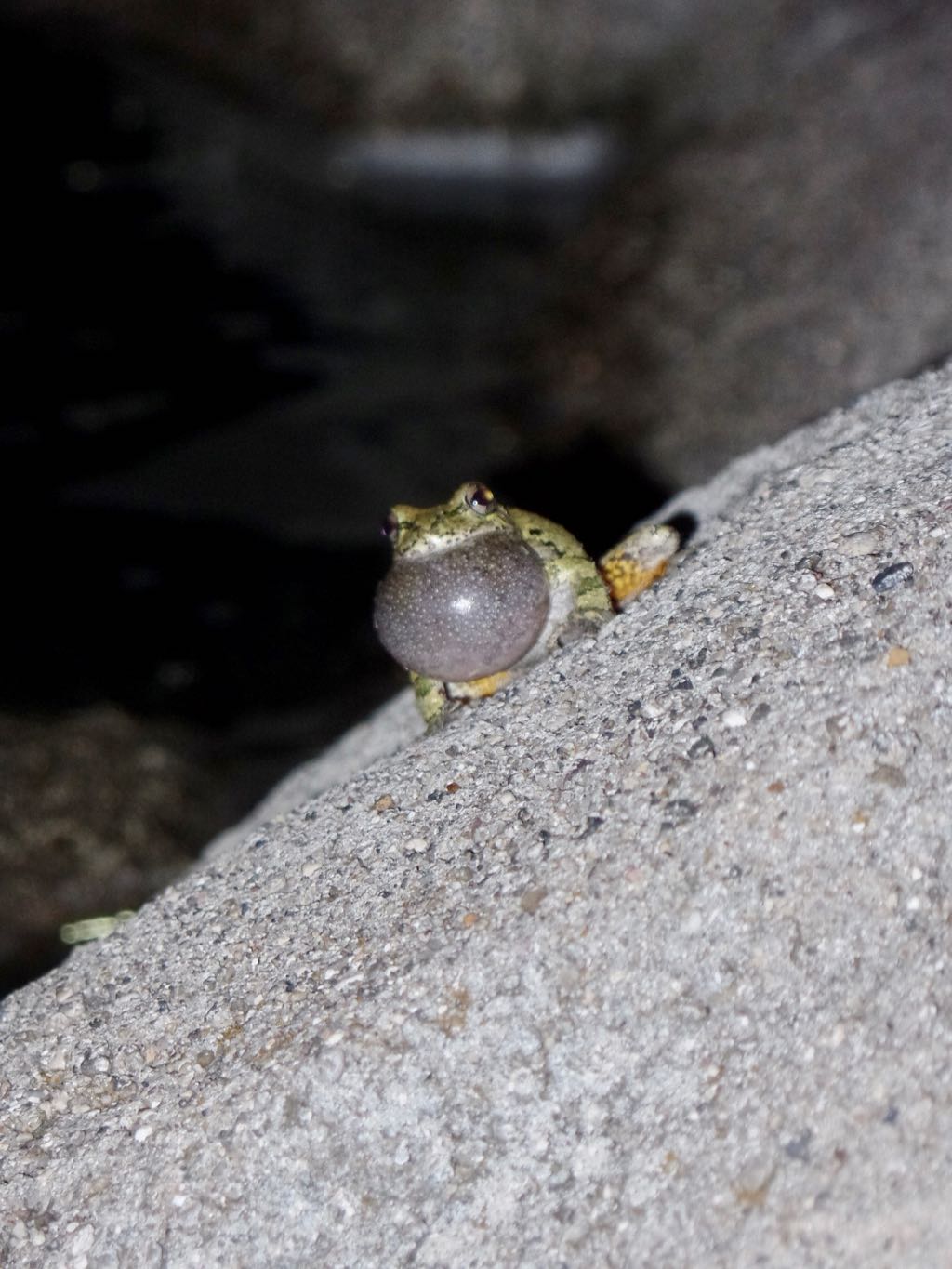 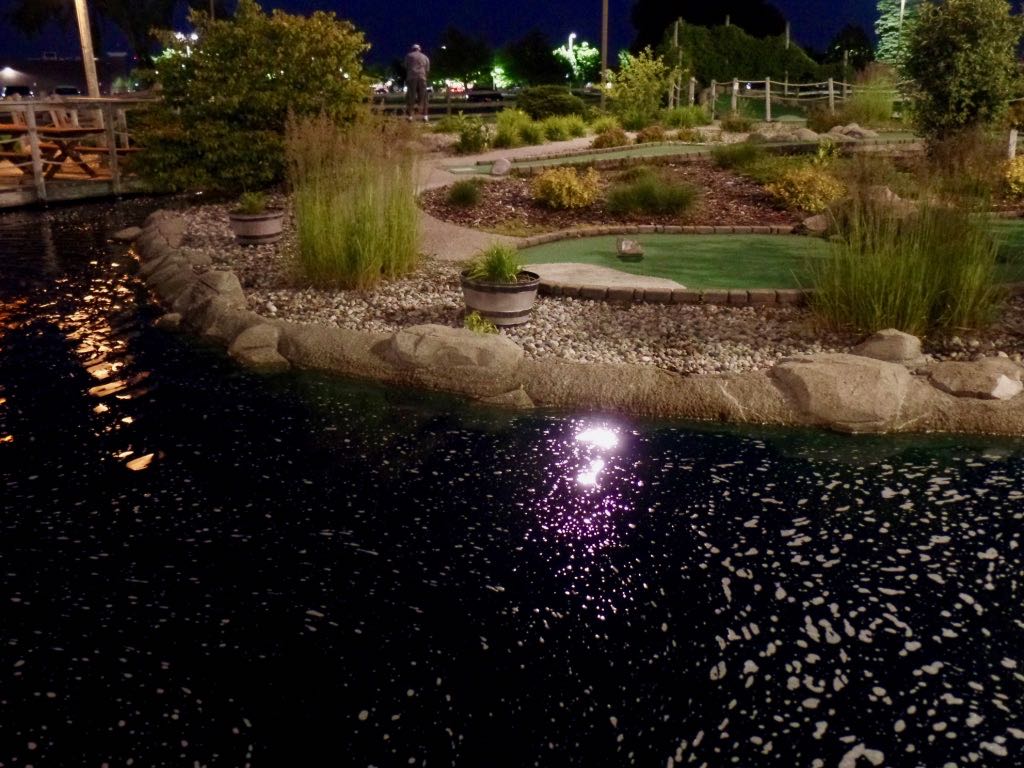 The miniature golf course, and water where the frog lives. We're guessing the setup works for him. 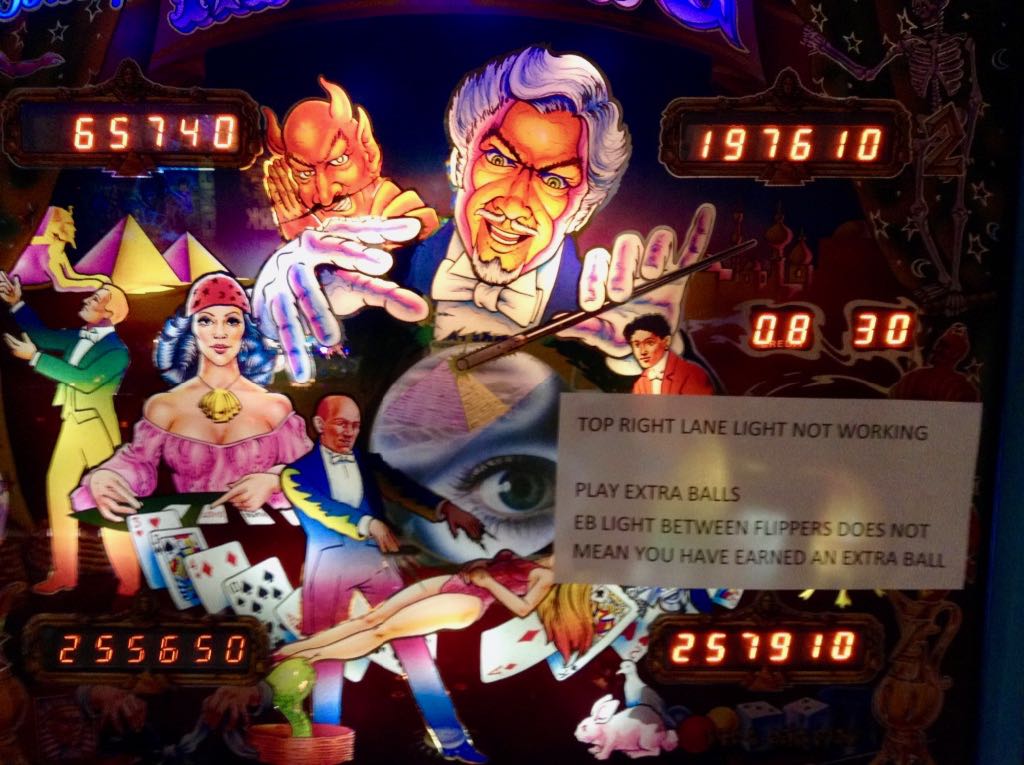 And oh, heck, a pinball thing. Fremont tournament has a heck of a close score. 255,650 is normally a first-place score in a match here and just ... argh. I don't know whether

bunny_hugger or I were any of the people in this game.

Using my A to Z Archives: Nearest Neighbor Model, and a way you could start to answer the question, ``why are restaurants so loud all the time''? Or at least were before the pandemic. I don't know what they're like now.