And Sandy, the aurora is rising behind us

So, my book. It's doing that thing where the writer tosses in little bits of trivia meant to impress you with the breadth of their knowledge, but that damages the whole book because you know it's not so. Like, in talking about Ancient Greece (since any story about chemistry is bound to start there) tossing off a mention of the distance from Marathon to Athens, that Philippides ran to announce the victory, being 26 miles and 385 yards, just like the modern race. Except it wasn't. The actual distance is, depending on your route, about 22 to 25 miles, and the Olympics didn't settle on 26 miles 385 yards as The Length until 1924. (It was first used in the 1908 London Olympics, to give the race's start and end points convenient locations.)

Or, like, talking about the Emperor Justinian's closing of Plato's Academy, ending nine centuries of tradition. Except that the thing Justinian ended was not the Academy founded by Plato; that had dried up sometime during the First Mithradatic War, around 86 BCE. The Academy that got shut down was a fourth-century neo-Platonic imitation founded by Plutarch. Also, Justinian didn't order it closed. He ordered that overtly pagan schools would not receive public funds anymore. The school wasn't viable without the Imperial subsidy, so closed up. The philosophers working there left for Persia, but came back after a couple years, resuming teaching but without government pay. I grant in practice there might not be much difference between ``ordered closed'' and ``withdrew funding''. But it's not like this was the only school in the empire; it's just one place that shut rather than adopt the modern ways. It's held up (not just by this writer) as an example of the retrenchment from thought, but it's just not.

None of this is important stuff, and these are the sorts of mistakes science writers always make. There's also a bit tossed off about the tragedy of Christians burning the Great Library of Alexandria in 391 AD, a thing which did not happen. And it's an example where it's the stuff you don't realize you have to check gets you. I assume the book will get better as it gets into the stuff Strathem did have to check. It's just a rough start is all.

So now we're into early July, 2019. First, a couple pictures of the Sunshine Laundromat, always one of Lansing's most popular laundromats and where we always cleaned the throw rug used as bedding for the rabbit's pen. They got bought out and renovated by new owners so we wanted to grab a few pictures of its old sign. 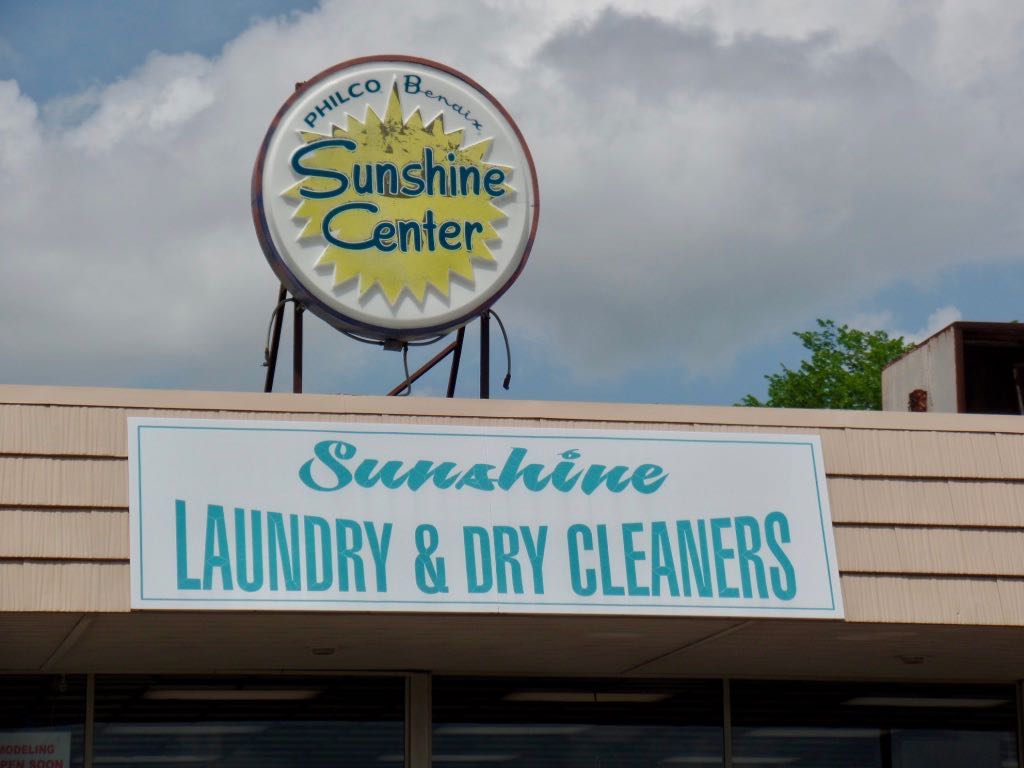 And there's the sign! You see why we'd want to preserve that; who even knows the names of Philco and Bendix anymore who isn't a character in Zippy the Pinhead? Renovations at the stage where they're throwing away what seemed like acceptable tables in order to put new tables in. You know how it goes. 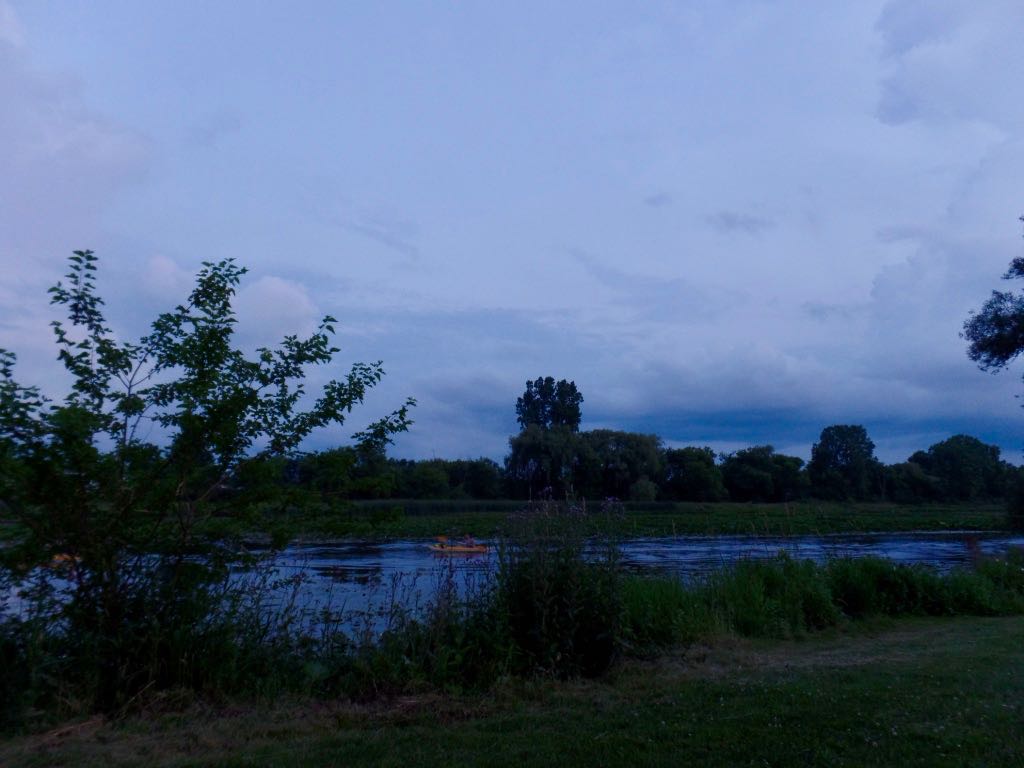 bunny_hugger's parents' town, to watch the city fireworks. Here, canoers head past before the sun has quite set. 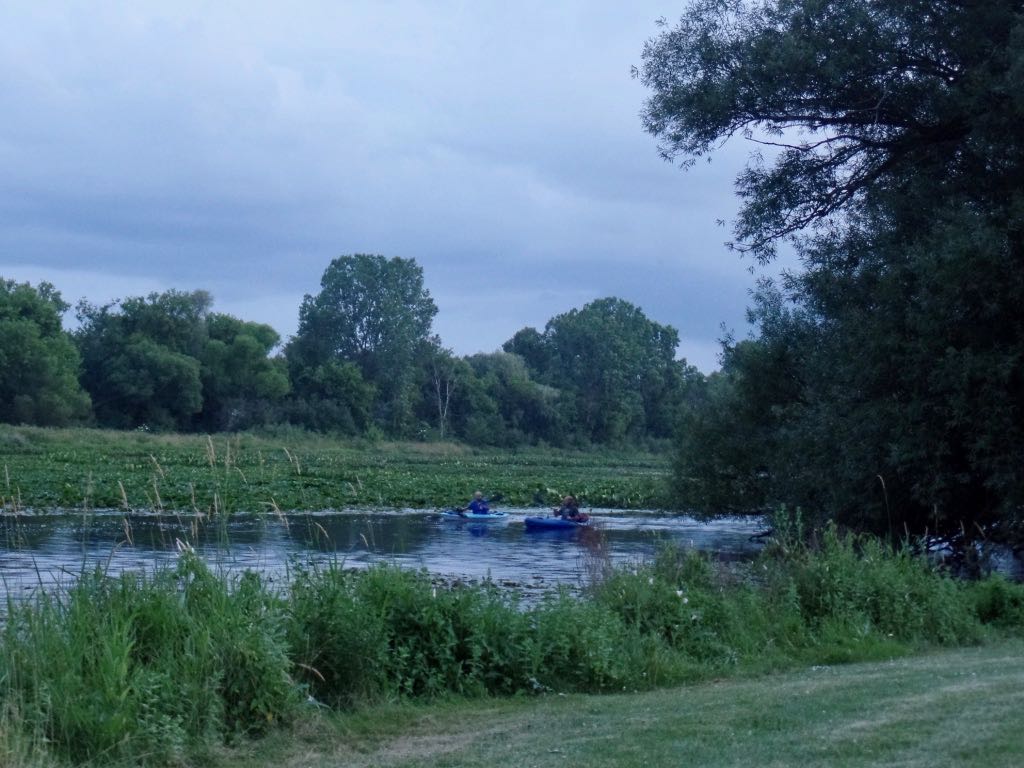 Some more canoers looking for a good spot to see stuff explode from. And here we go! I did more experiments with the low-light options on my camera this time. 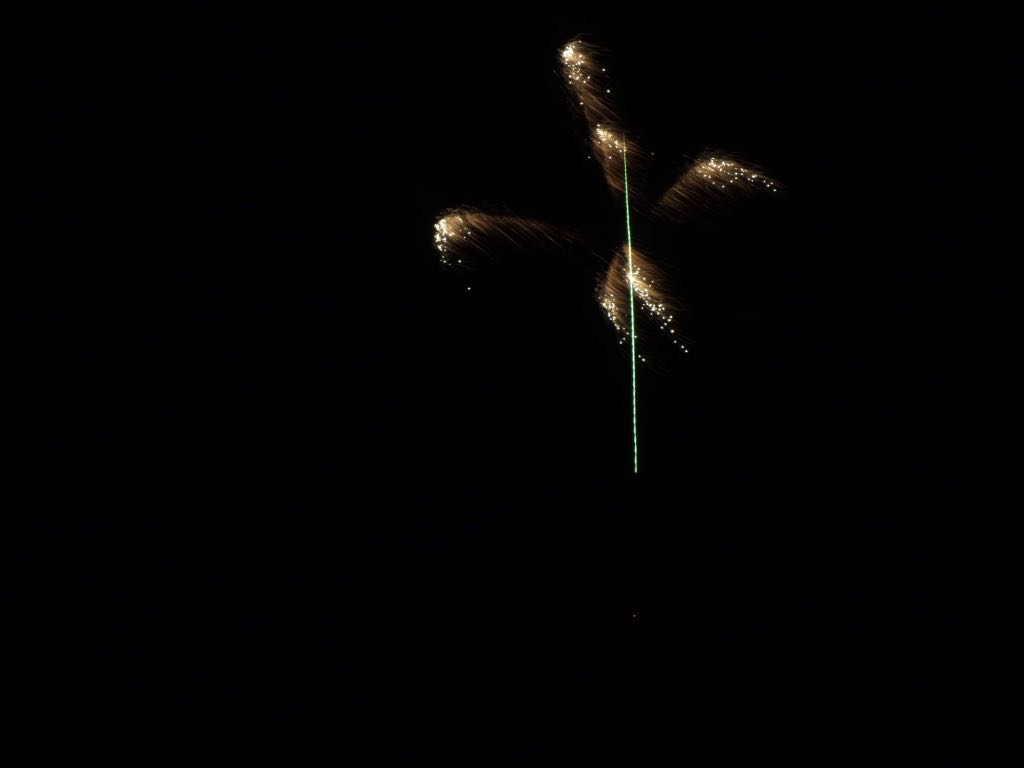 So I got this impressionist palm tree out of my attempts. 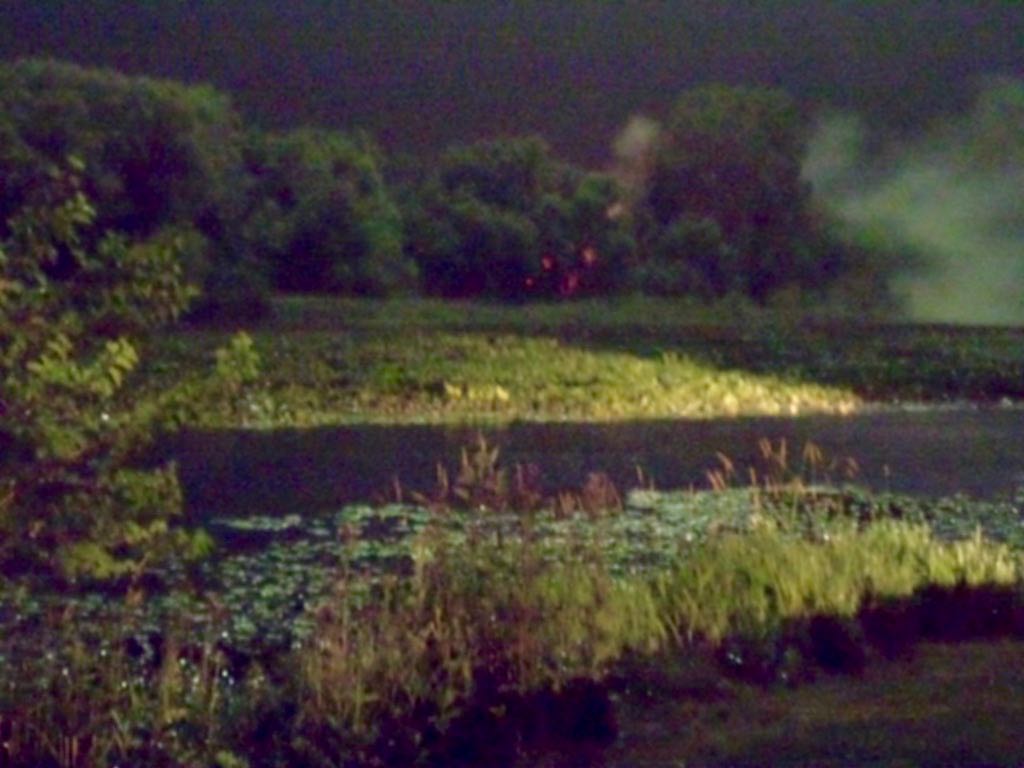 During an intense period of fireworks you can even see the riverbed. 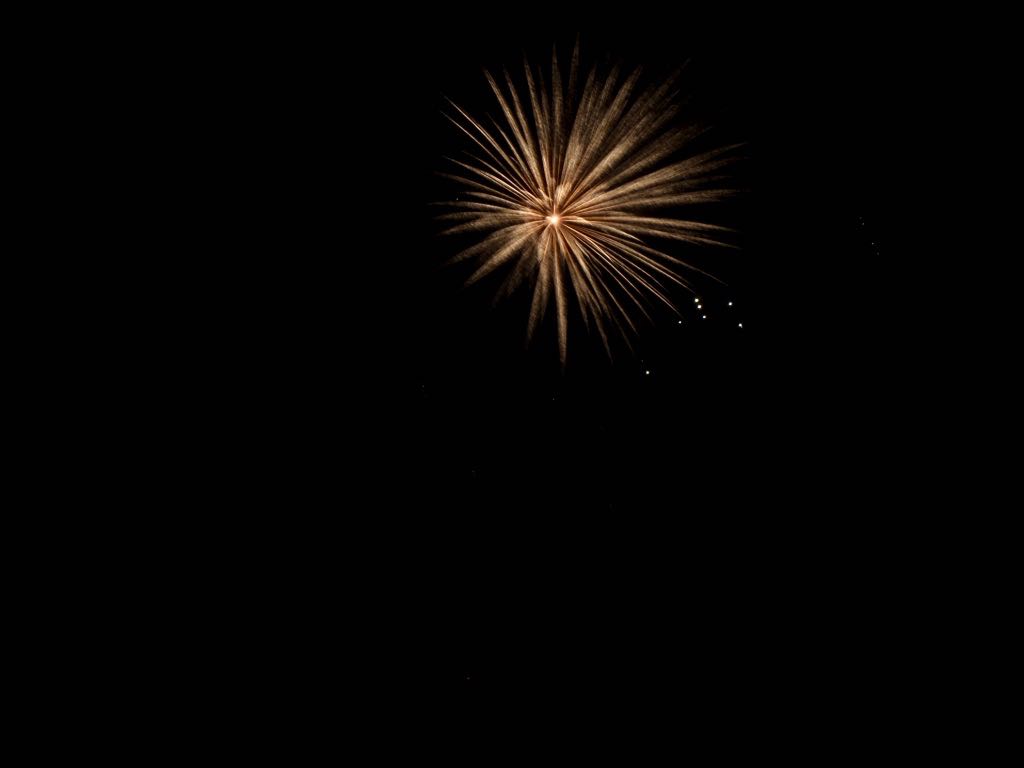 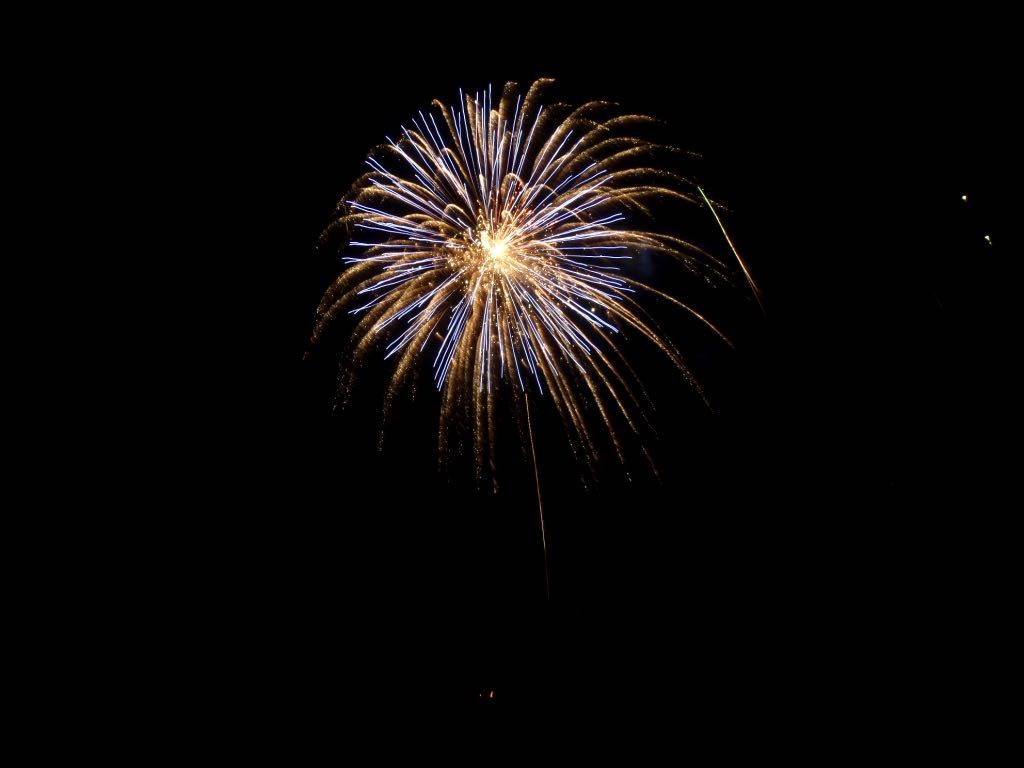 Hey, it's the school colors! (I'm joking, but I'm not positive that these aren't the colors for the college in town.)

Trivia: By January 1958 estimated costs for Interstate highways --- including right-of-ways and construction costs --- rose to about a million dollars per mile of road. Source: The Big Roads: The Untold Story of the Engineers, Visionaries, and Trailblazers who Created the American Superhighways, Earl Swift.