So, something odd in my favorite old-time-radio podcast and that doesn't quite fit in my humor blog. This week included an episode of 1945's Columbia Presents Corwin, an avant-garde sustaining series where Norman Corwin tried to advance the state of the art or just sometimes be freaking weird. This installment, by the way including the voices of Groucho Marx, Robert Benchley, Vincent Price, and Keenan Wynn, is titled ``The Undecided Molecule''. It's this rhyming comic trial that ends up being about Molecule X having to decide whether to be part of the Mineral, Vegetable, or Animal Kingdoms. Each Kingdom sends a representative to make its case. Sylvia Sidney, as representative of the Animal Kingdom, makes this pitch. It's at about 23:15 in this week's podcast episode, if you want to check my work. Because it sounds to me like she says:

[Sylvia Sidney, Animal Kingdom]: ``I urge X to join the toucan
Or some other nice animal clan
Like the beautiful cootie
Or the charming agouti''
[Groucho Marx, Judge]: ``But what of the species of man?''

So. I know cooties are bedbugs (or worse bugs). And that scientifically, a bug is an animal. But casual speech does not count bugs as animals, and certainly does not call one ``beautiful''. Is this a typo for coati? The secret coati chat room agrees it might just maybe be, possibly.

(CW: that episode of Columbia Presents Corwin has a quick one-syllable reference to the Japanese, the kind of thing you might say because it was July 1945. Did not want people caught unaware.)

It was big essay day in My All 2020 Mathematics A to Z: Big-O and Little-O Notation which kind of stretches the idea of an 'O' subject but, you know? It's my blog and I'll write it as I like it.

Here's some more fireworks for you, both professional and personal. 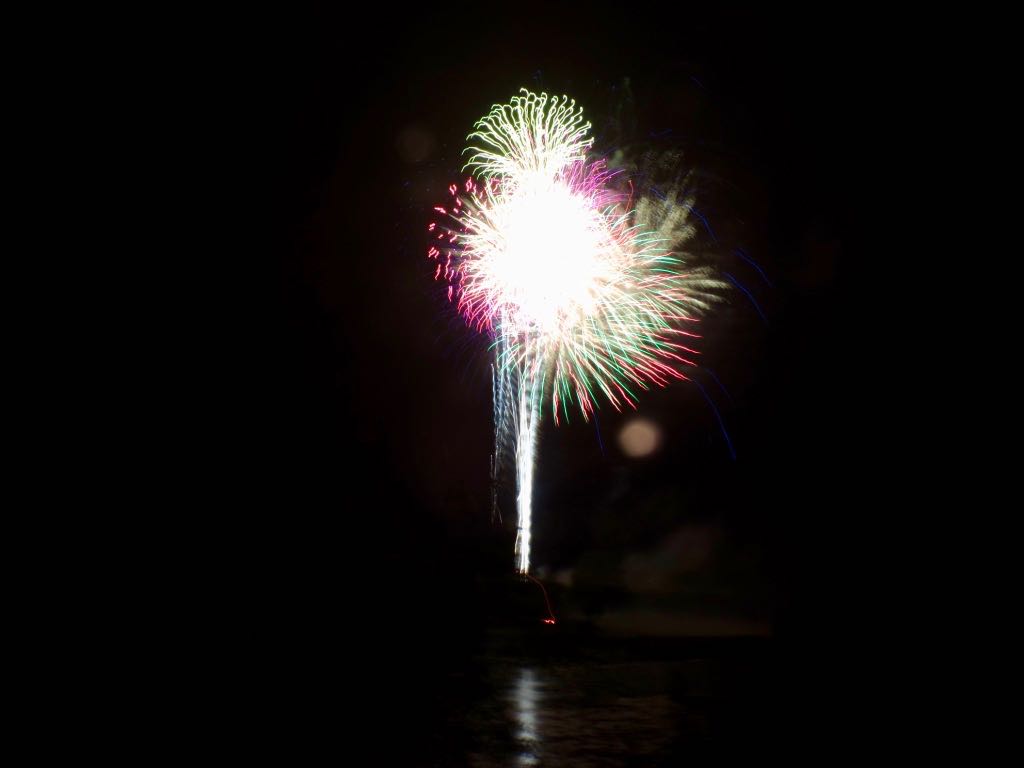 Great fountain of colors during the fireworks. 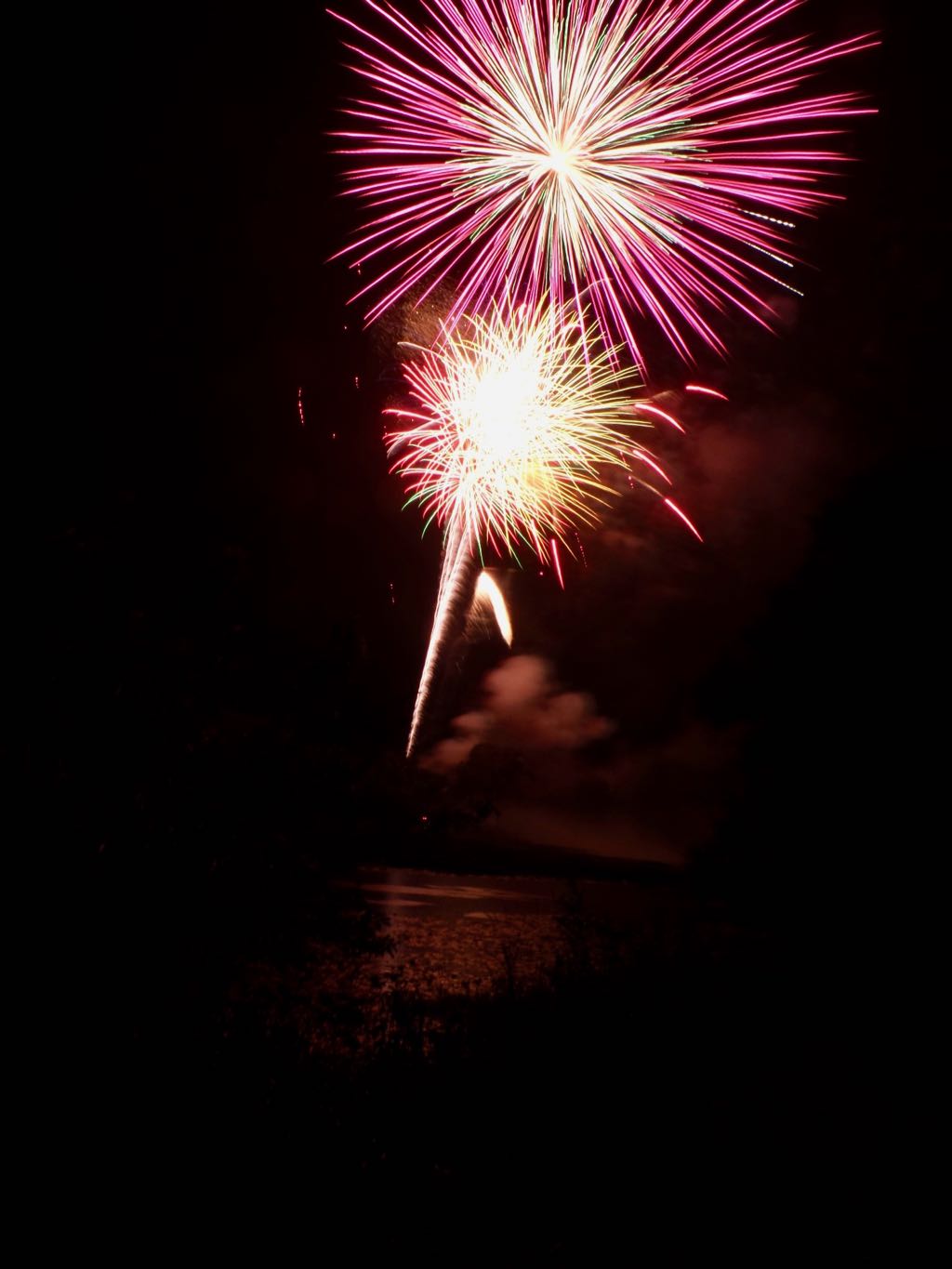 Boy, I hope I figure out what these camera settings were because they definitely worked. 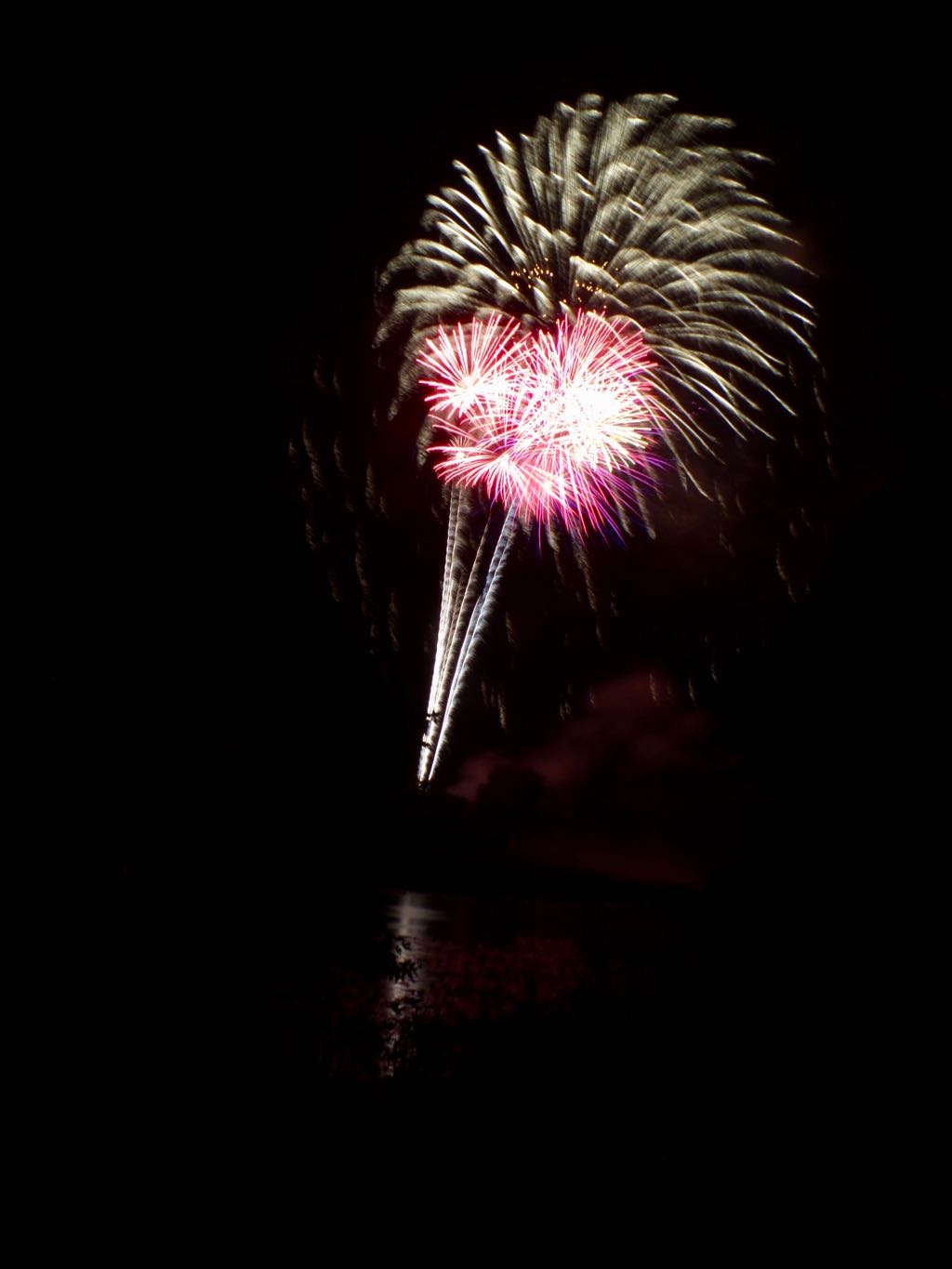 And I'd love to know how I got the timing on this right, to get one firework that sharp and another that fuzzy. 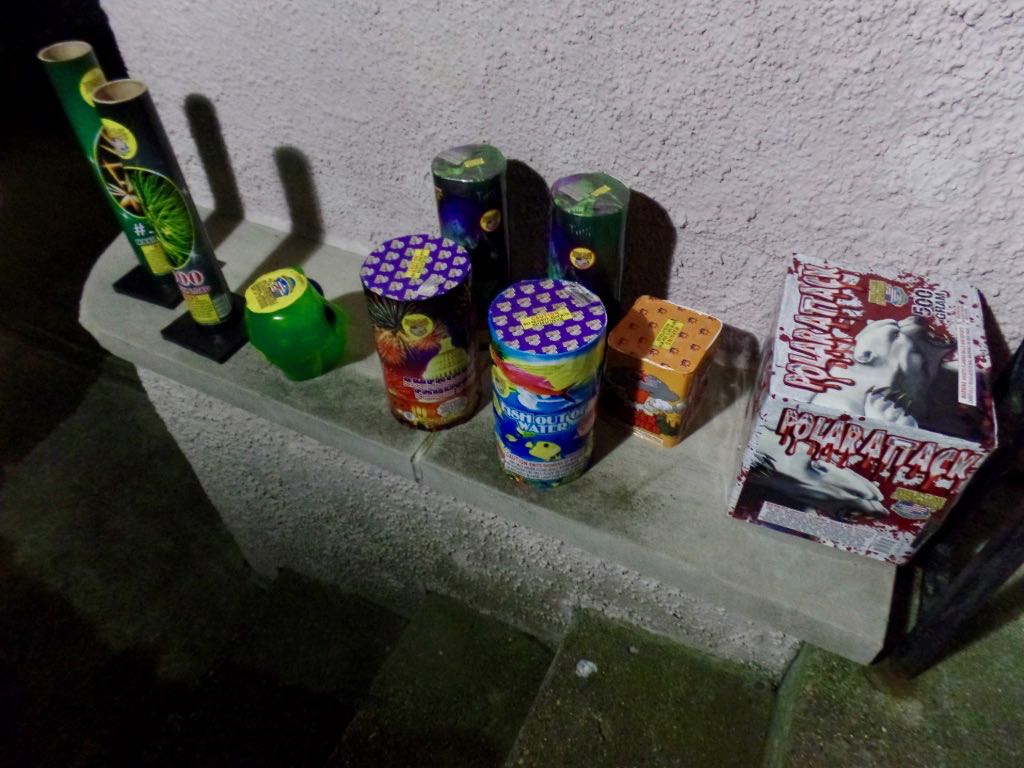 bunny_hugger's parents', to set off fireworks, many of them bought by her father. 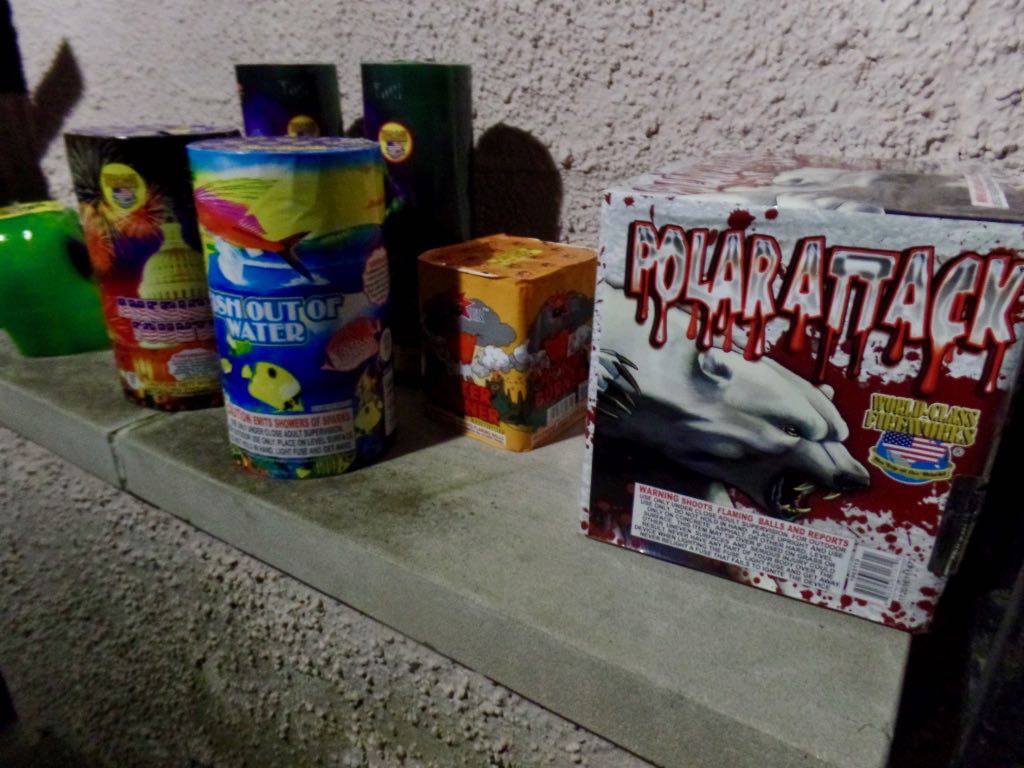 Firework art is really its own strange wonder. 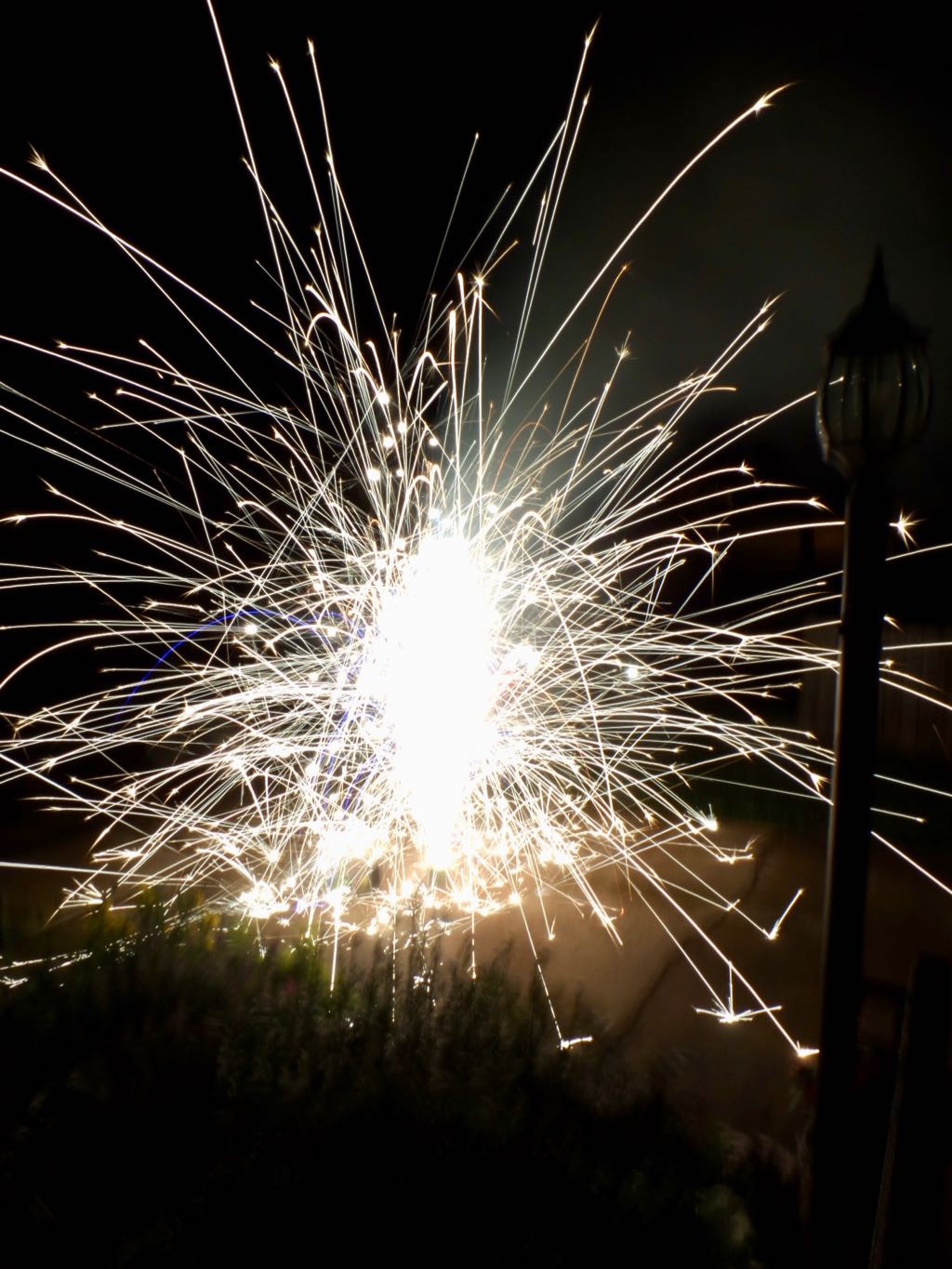 So here's a bunch of film scratches as seen from the porch. 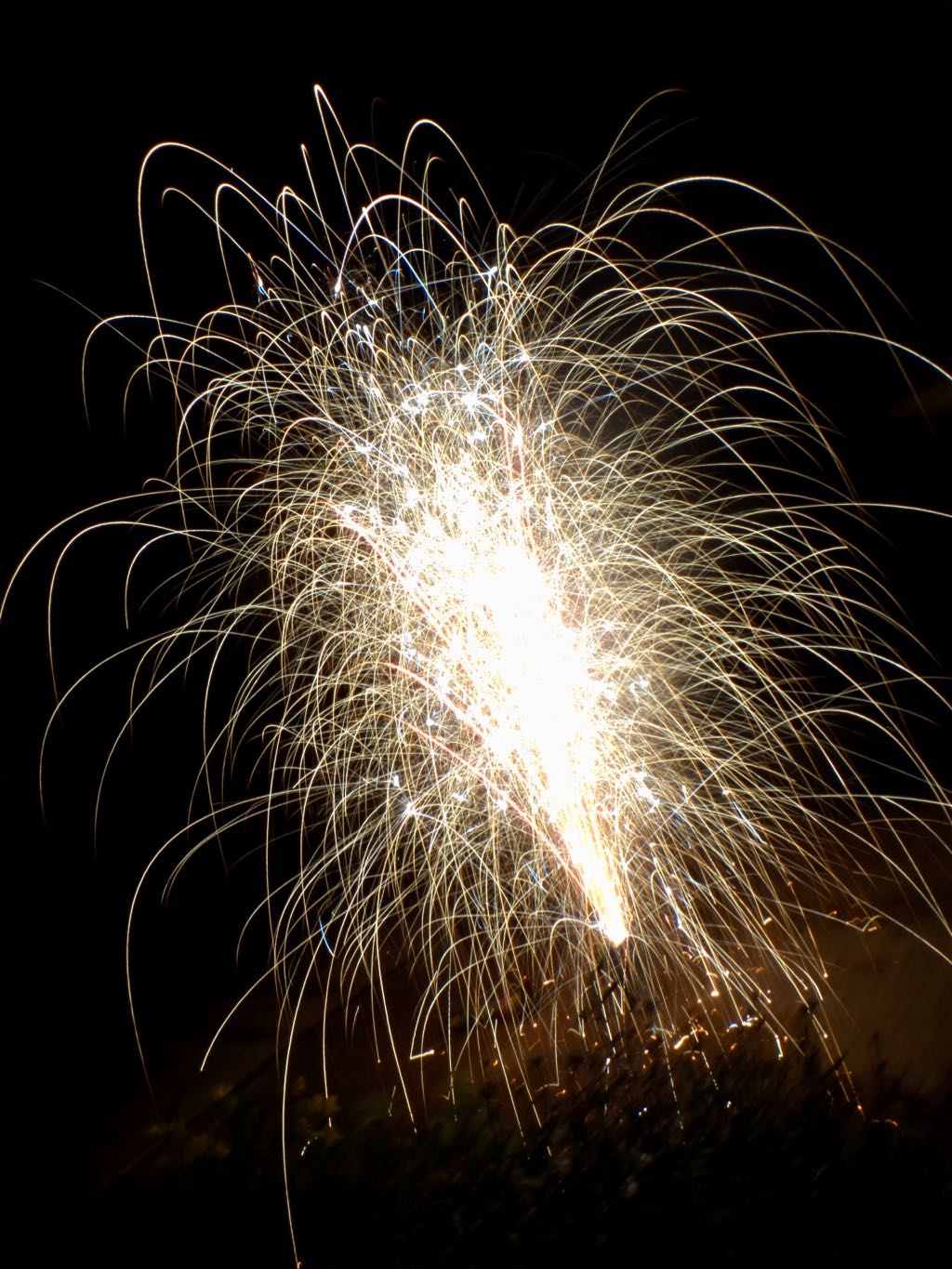 Another fountain; a bunch of their fireworks ended up like this.

Of course these are the ones that it's easiest to photograph. There was no photographing the one that misfired and shot across the street to the neighbor's driveway. 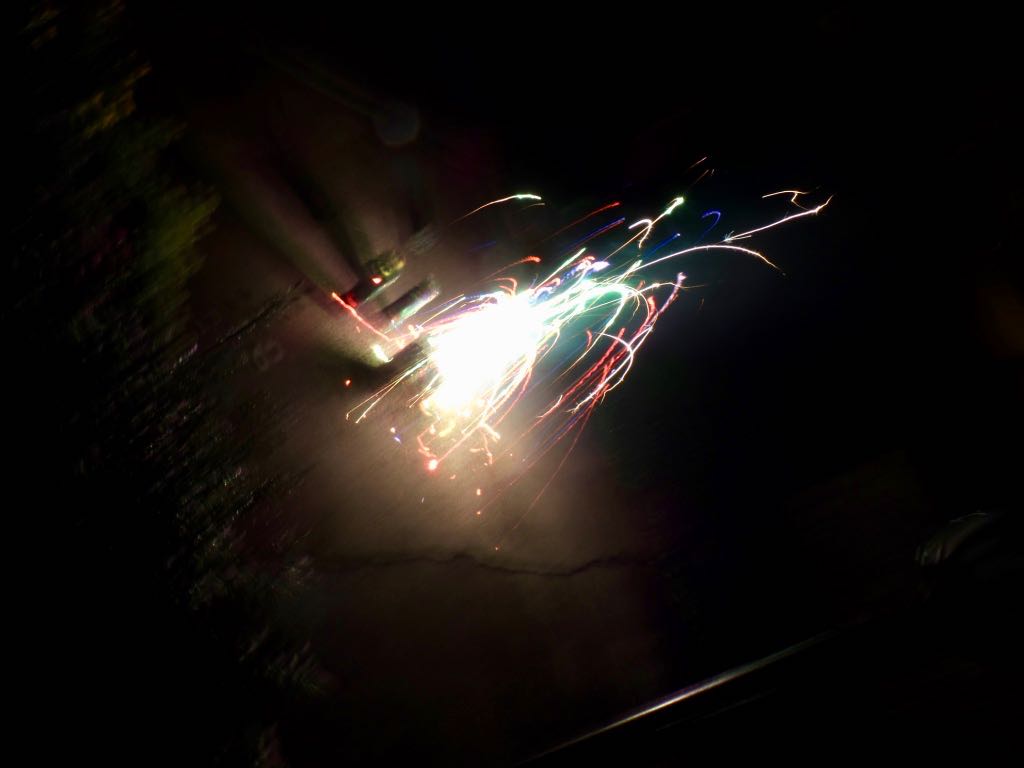 And here we finally get the resolution to see some nice colors and different focuses.

Trivia: David Walker, abolitionist and second-hand clothing merchant, stitched copies of his 1829 Appeal to the Colored Citizens of the World into the clothes of sailors bound for the South. Georgia put a bounty of US$10,000 on his head. Source: Waking Giant: America in the Age of Jackson, David S Reynolds.

Currently Reading: Mendeleyev's Dream: The Quest for the Elements, Paul Strathem. OK, but no. I am not going to believe the Magdeburg Hemispheres (those hemispheres held together by the vacuum inside, and like eight horses couldn't pull apart) inspired the English to compose the rhyme about Humpty-Dumpty. Certainly not without a citation to a reputable etymologist and guess what this book lacks? Citations worth a dang. This is why real historians look at pop science that way, you know. (For what it's worth the Wikipedia page about Humpty Dumpty doesn't rate this hypothesis as even worth mentioning.)