Did you hear the cops finally busted Madame Marie

My humor blog this week had fewer pieces meant to be funny, and more meant to be informational, than usual. That'll happen. I think it's still some quality stuff. Here's pieces run since last Thursday:

Next up in July 2019: the 4th of July, and our traditional visit to the ballpark for baseball and a Lugnuts loss and fireworks. 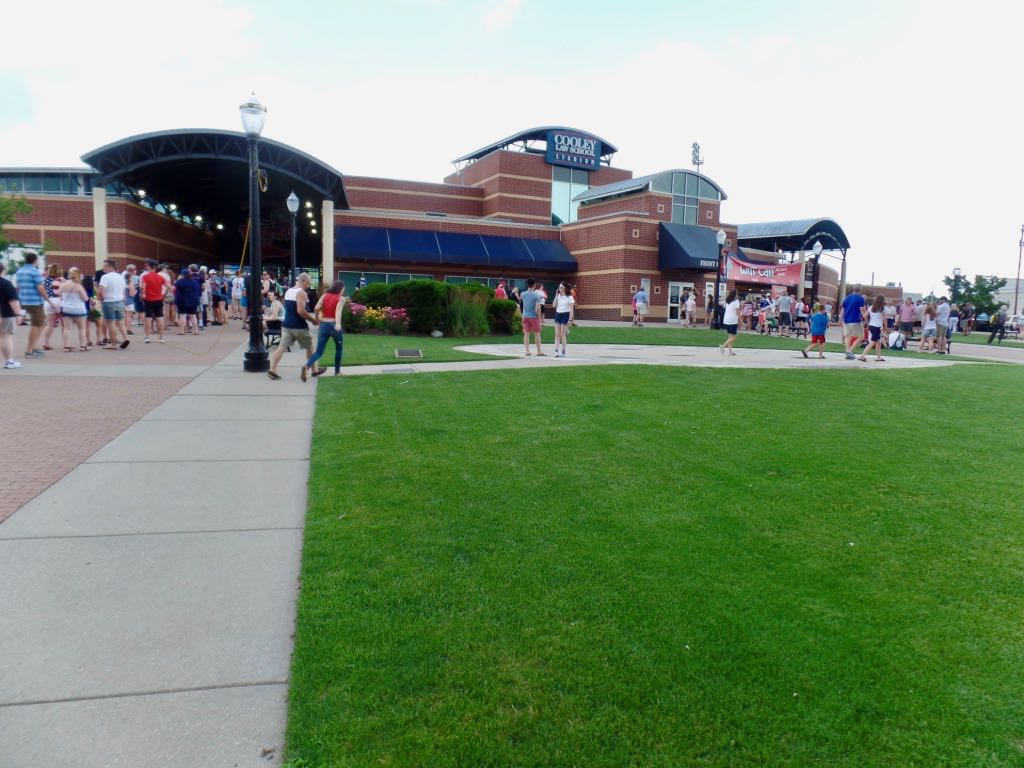 Getting to the ballpark. We try to get there every year for the 4th of July and also somehow the Lugnuts have a home game every 4th of July? We don't know how they swung that deal. 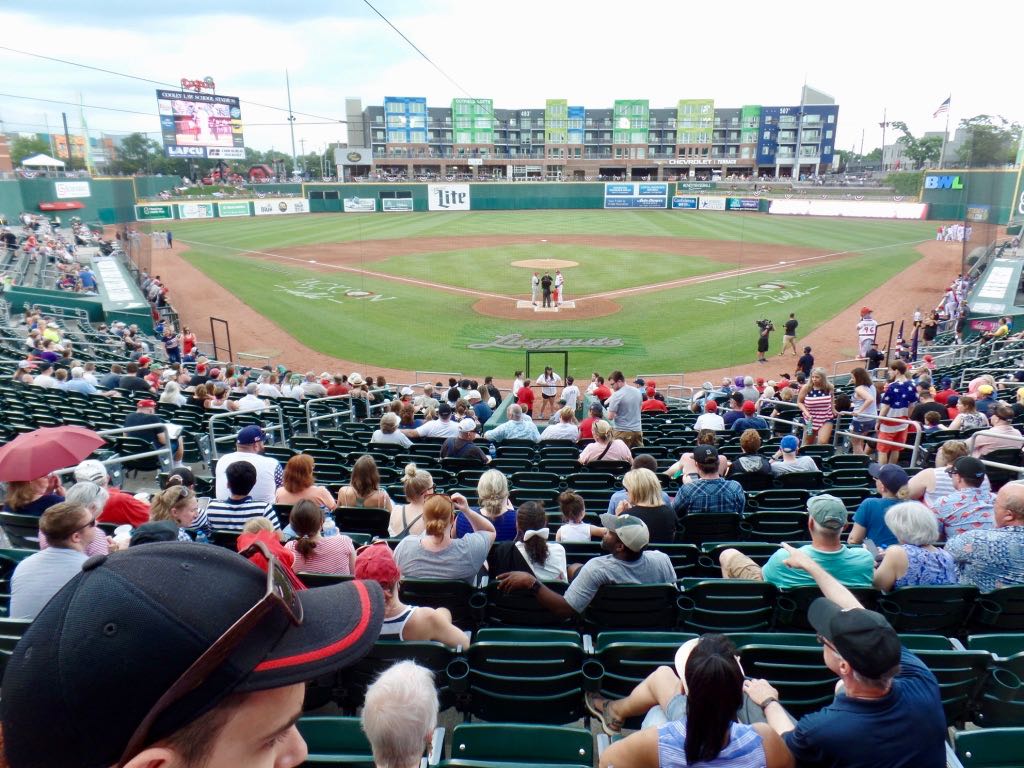 The park in the early evening. The apartments were an addition a couple years ago and the windows there are supposed to be home run-proof. 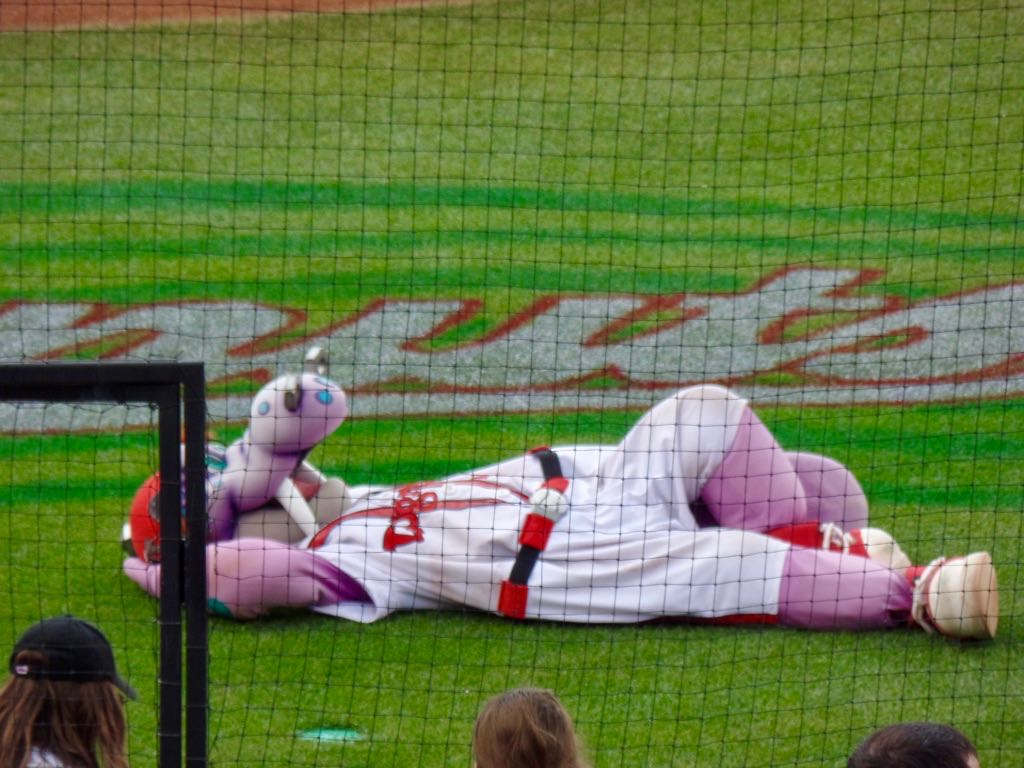 Big Lug, the Lugnuts' mascot, resting before the game starts. 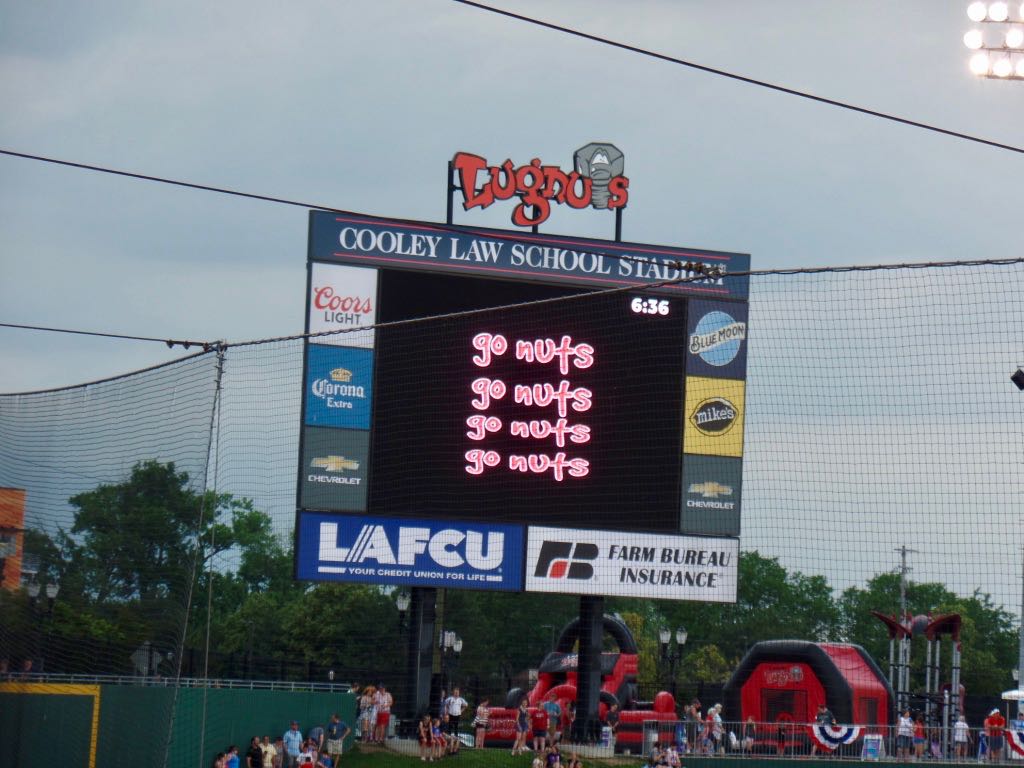 Actual lyrics that someone wrote for the rally song sung before the start of a game. 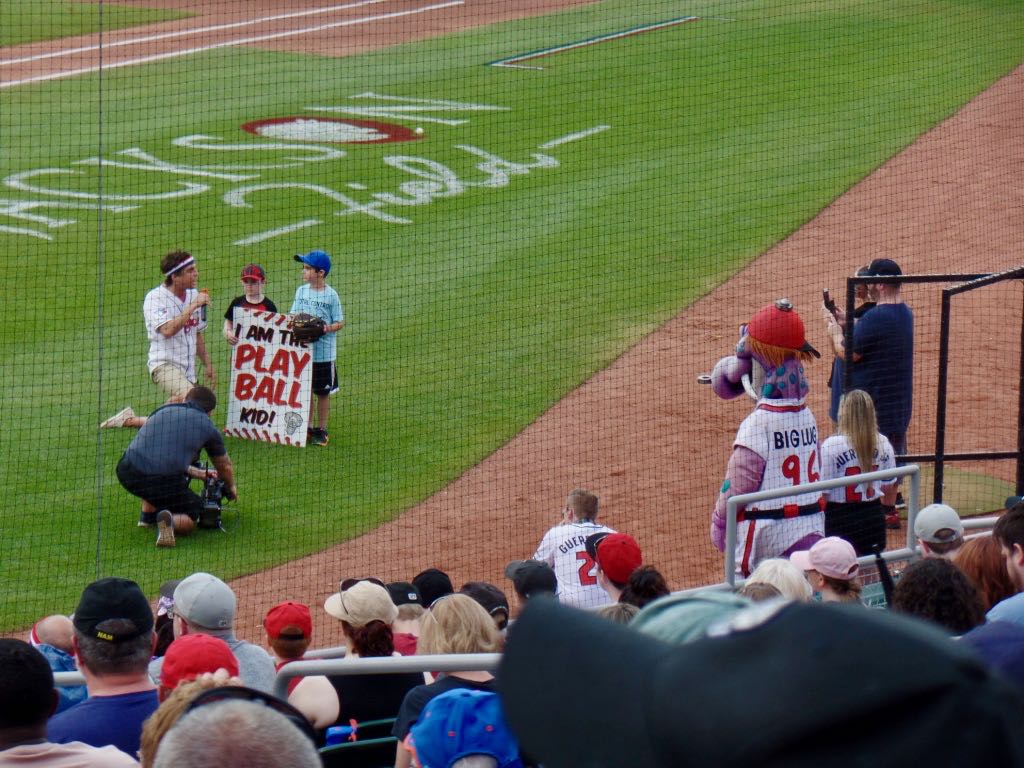 As a minor league game they have novelty features for everything, including here, a kid who comes out to call out ``Play Ball''. 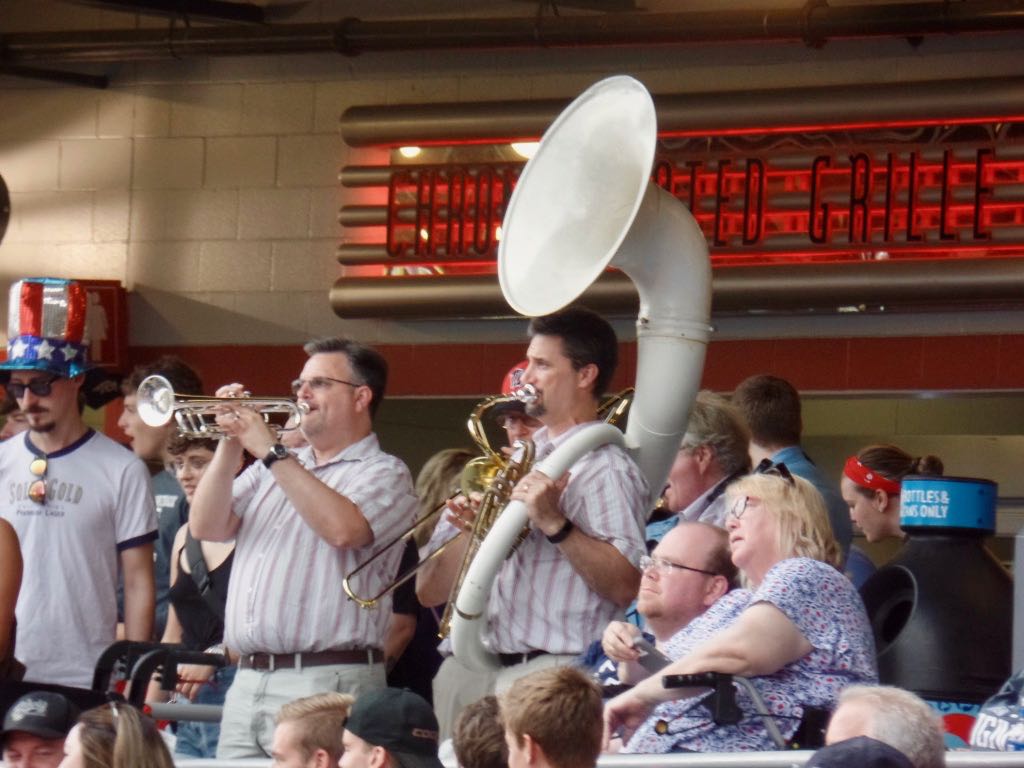 Small brass band that was performing for the 4th of July, although yeah, that looks like a PVC tuba to me too somehow. I assume these are some Old Town people. 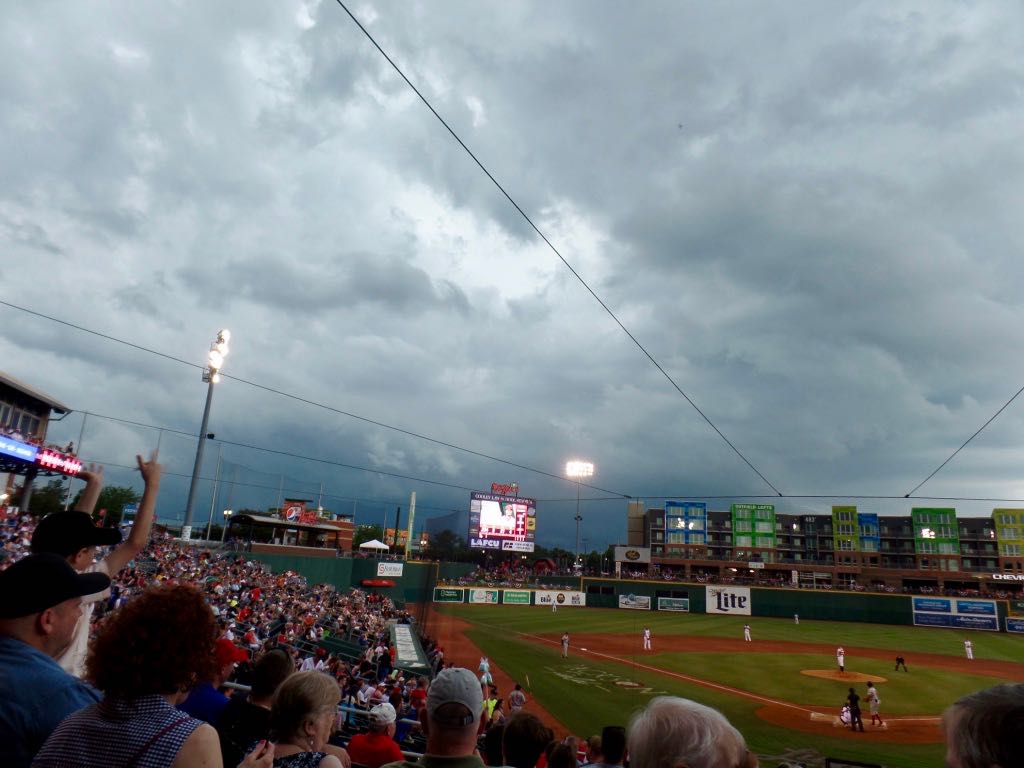 Storm clouds rolling in. Will they have to pause the game? 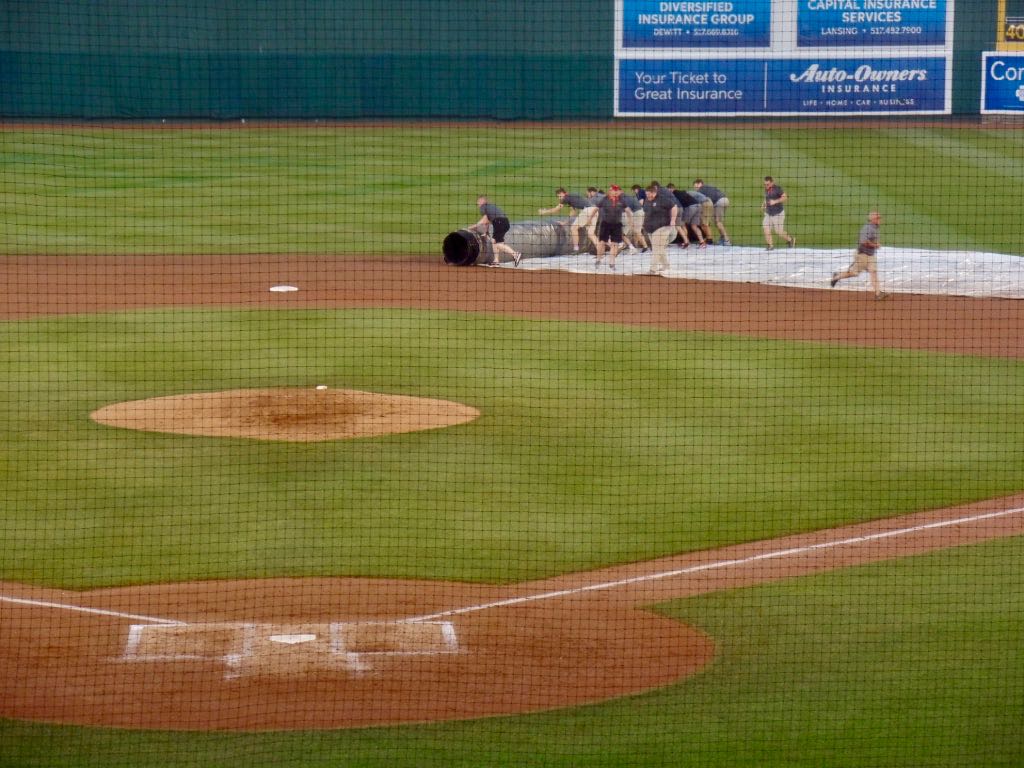 Yup! Here's the tarp rolling out to protect the infield. 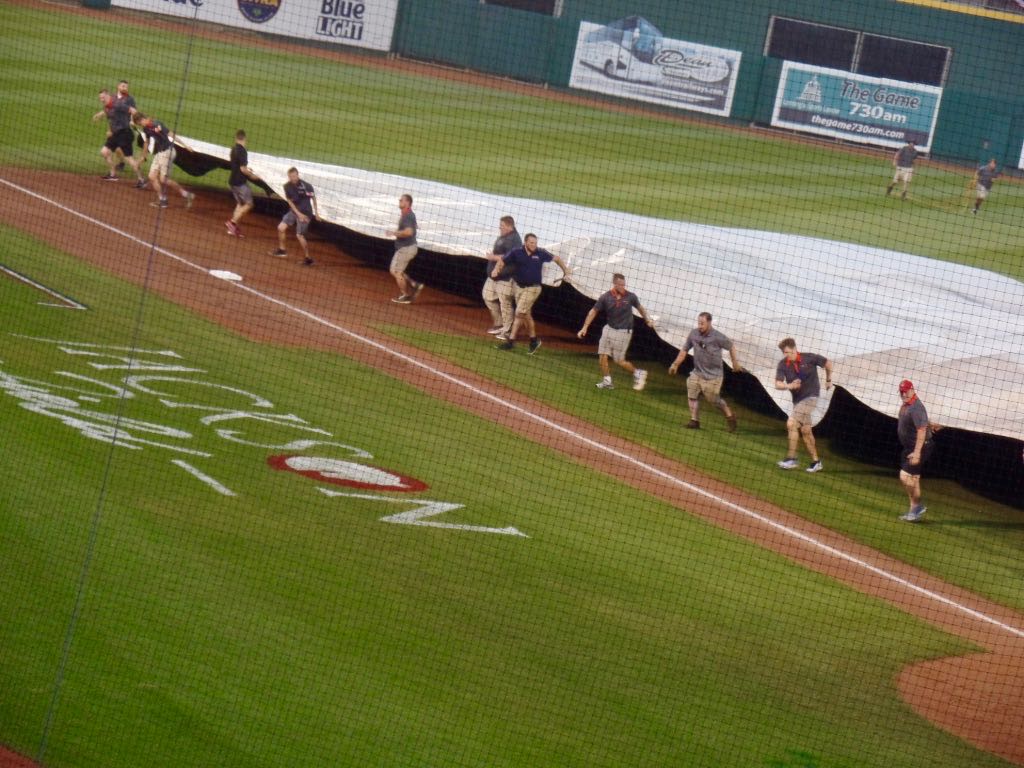 They've just about got the infield covered ahead of the storm. 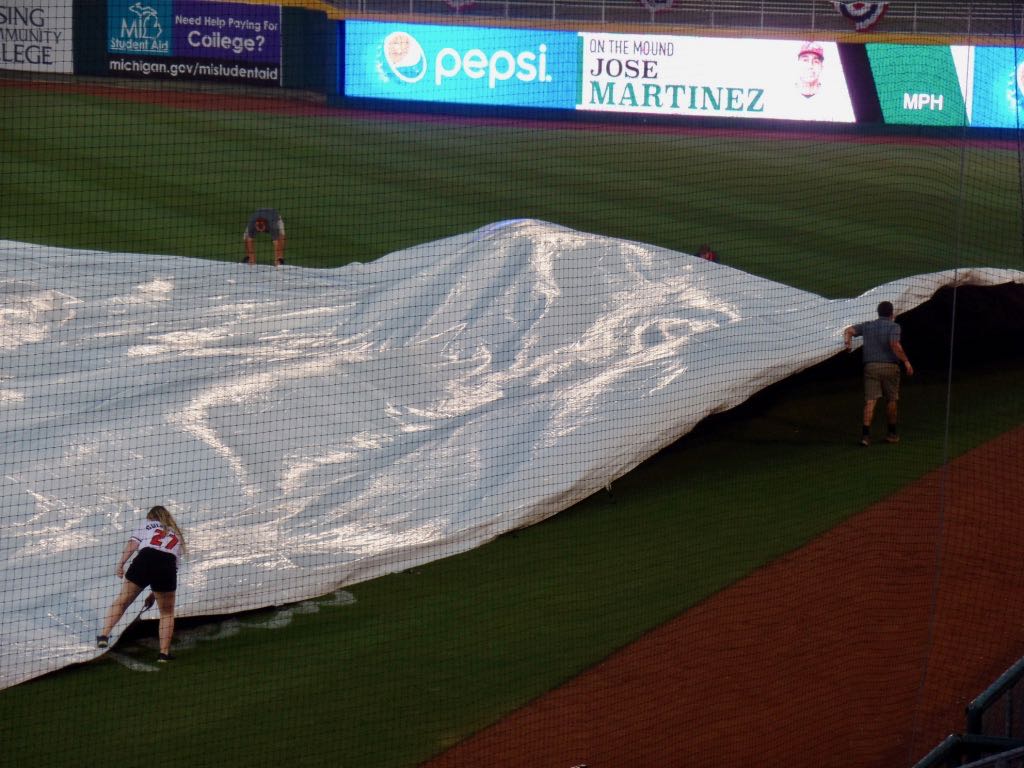 Wait, Jose Martinez is on the mound? Lift the corner up, let him out!

Trivia: In 1899 the Siegel-Cooper company in New York City advertised 43-inch-long ``trinket chains'', gold plate with a charm, for 25 cents; this was among the earliest costume jewelry. Source: Service and Style: How the American Department Store Fashioned the Middle Class, Jan Whitaker.