For telling fortunes better than they do

Thank you, my precious

Over on my mathematics blog I try Using my A to Z Archives: Orthonormal to explain a nice little something.

And here's some good comic strip news! Jules Rivera takes over Mark Trail in October. So now you're caught up there.

Now let's get back to the Lansing Lugnuts and the stuff that goes on besides playing baseball the 4th of July. 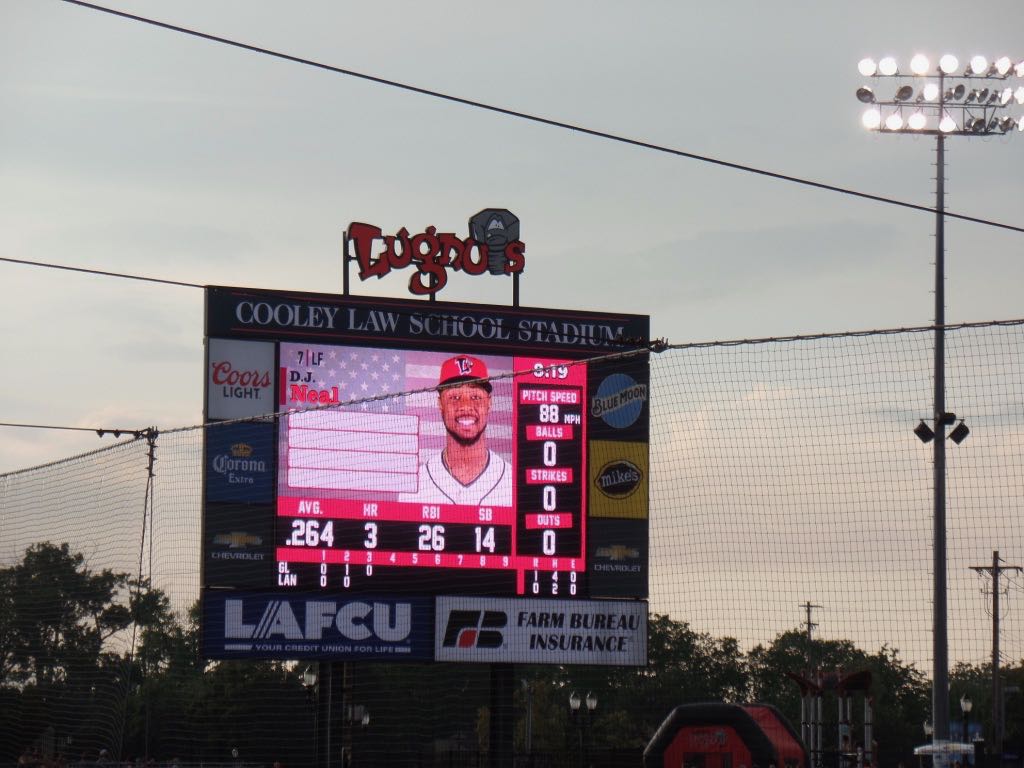 The rain lasted about 45 minutes and the game resumed at the bottom of the third with DJ Neal, someone about whom the scoreboard apparently knew nothing. 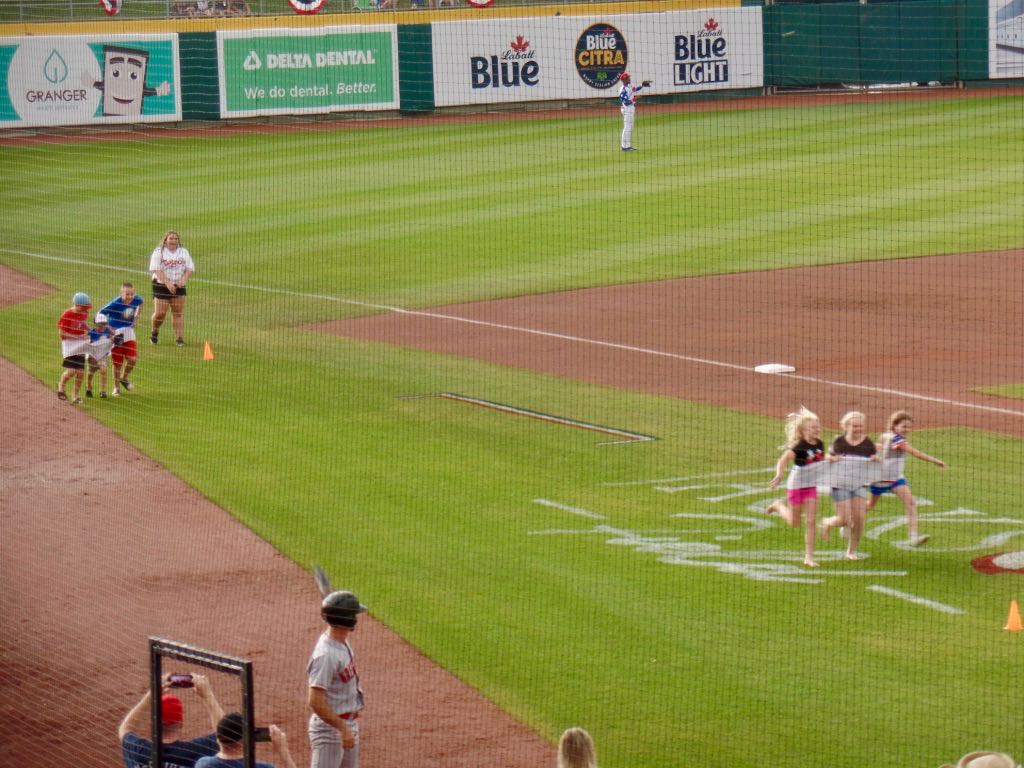 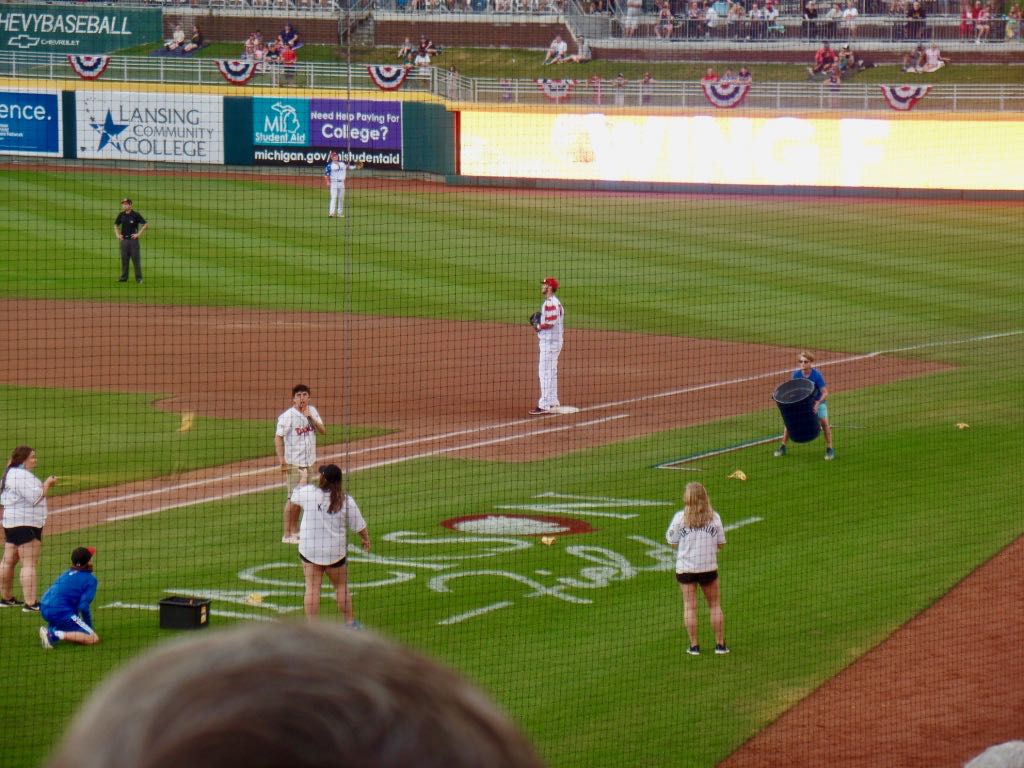 Further shenanigans, a bit of slingshotting water balloons into a bucket. 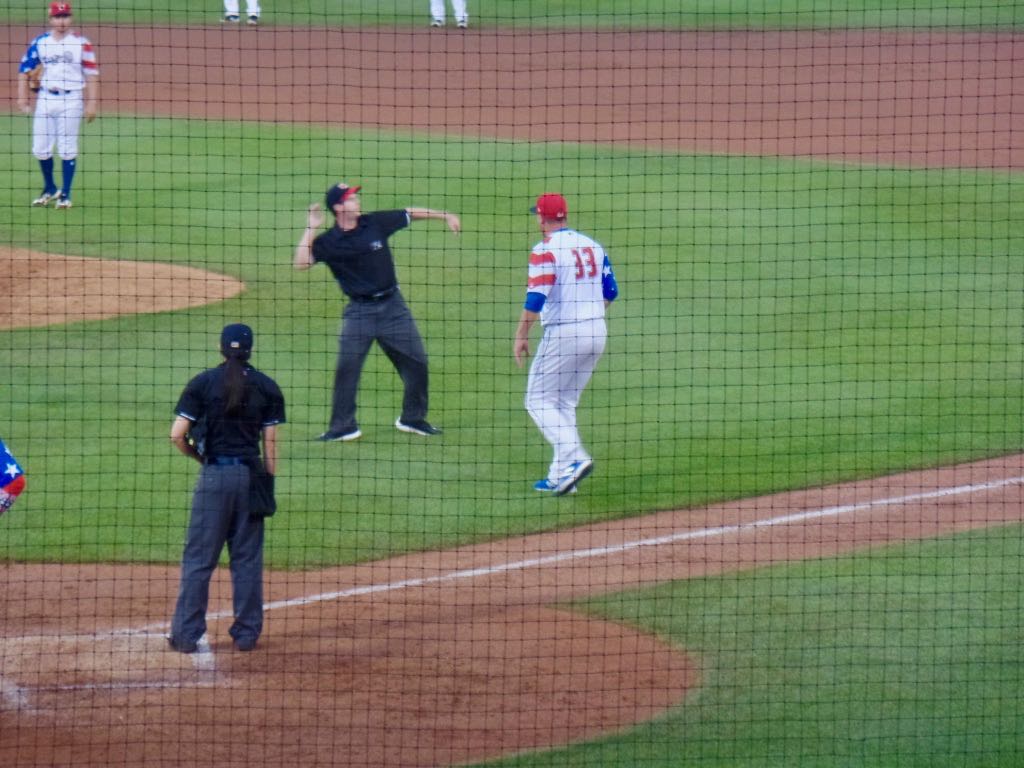 Oh yes, and some baseball went on too. Here, the Lugnuts coach gets himself thrown out for sorts of thing you'd expect. Still, between innings gives the chances for nice pictures like Big Lug directing a lucky attendee to do something or other. 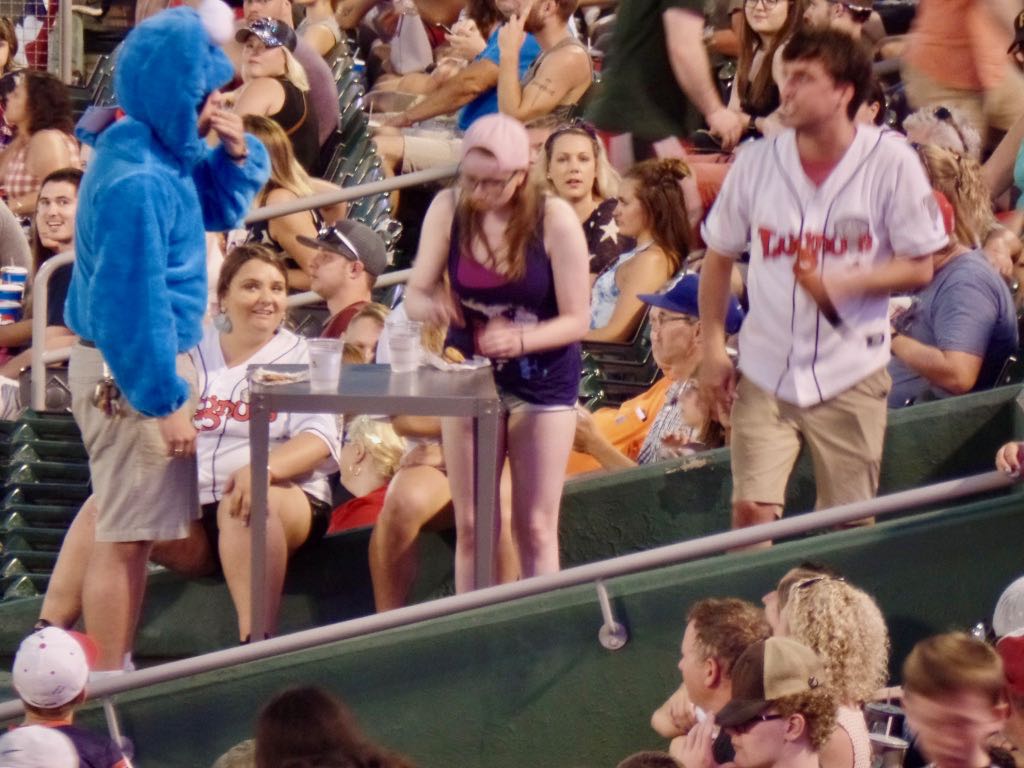 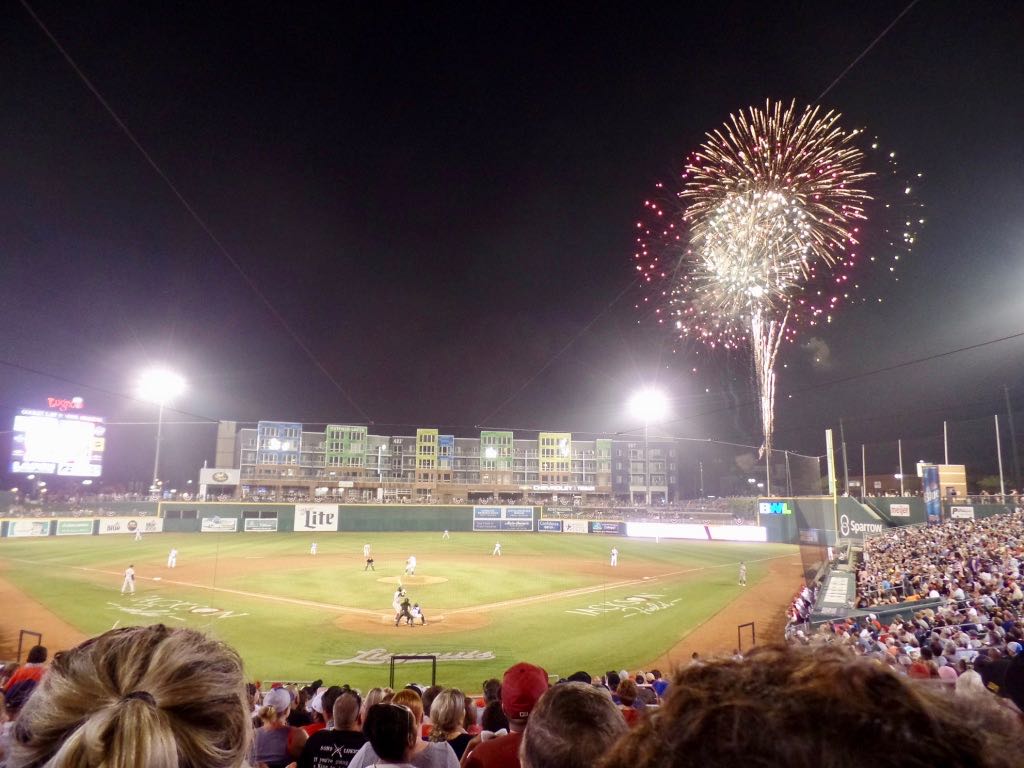 The city's fireworks start! The city fireworks are supposed to run after the game, and the stadium's own fireworks, but the rain delay messed that up. 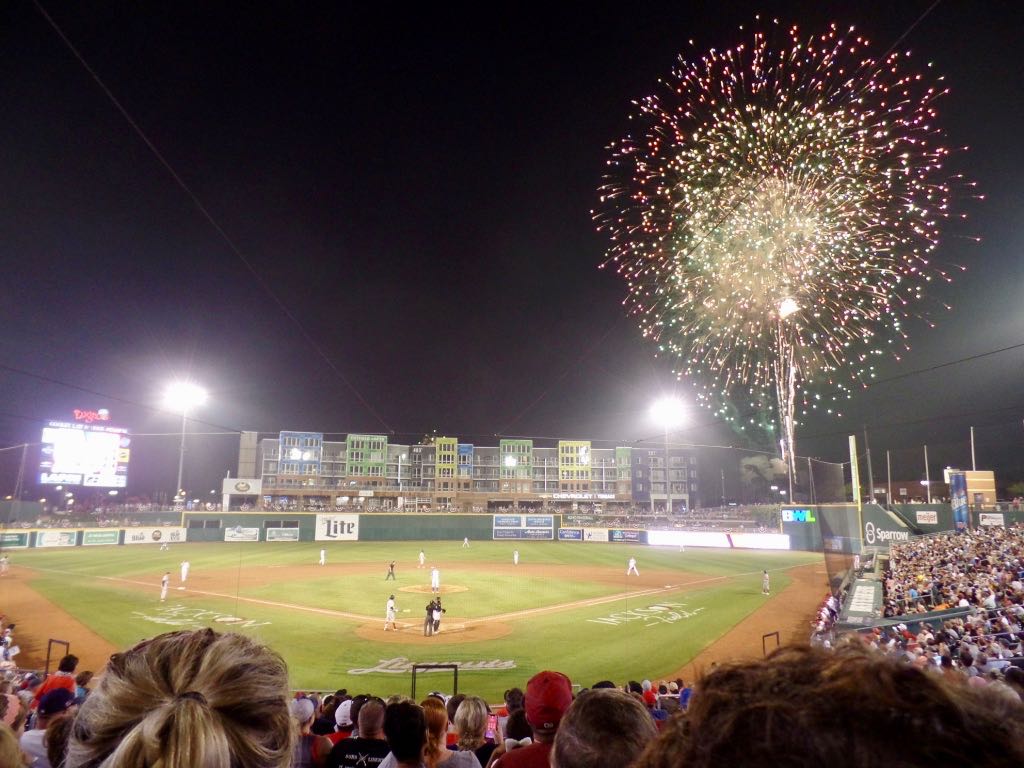 Nice explosion from the city's fireworks and coming out great on whatever this camera setting was. 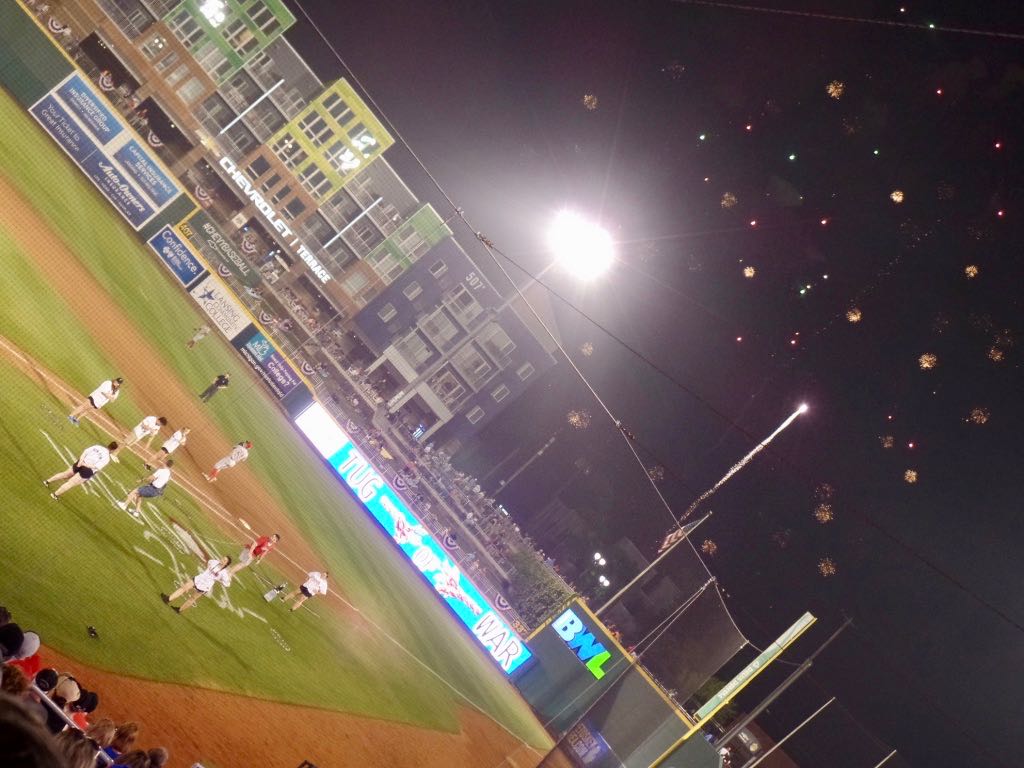 Nice cloud of small fireworks during a between-inings tug-of-war. 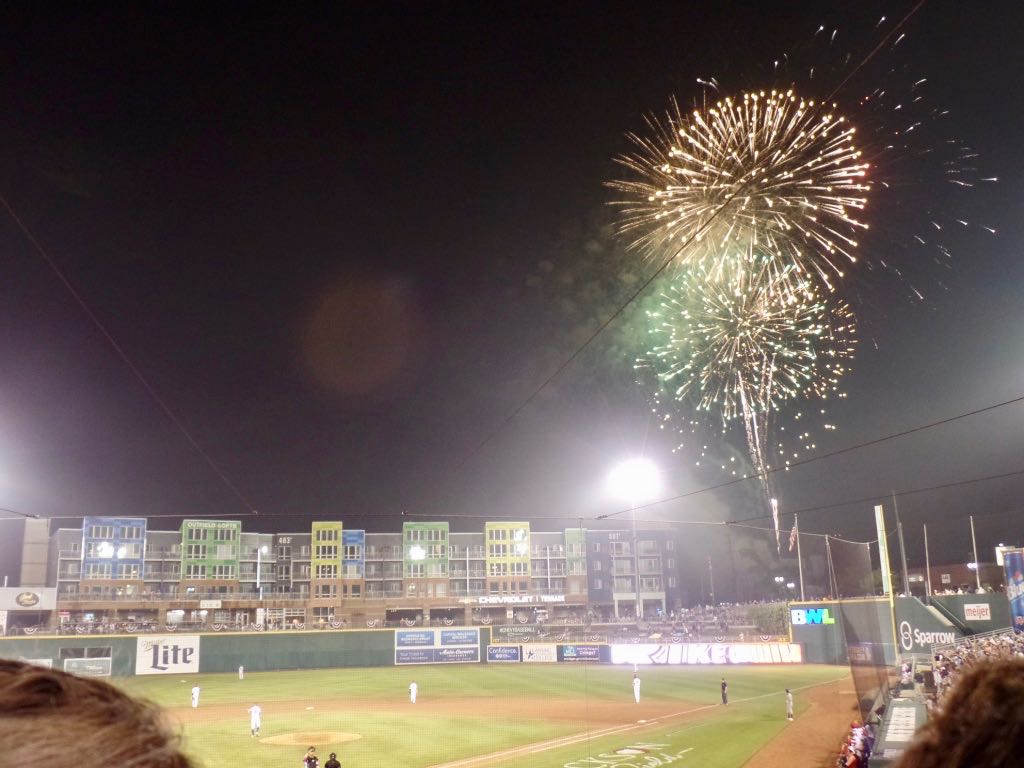 And here we're back to some big explosions.

Trivia: The paddle frigate USS Michigan, at construction in 1843, had coal bunkers of about 120 tons capacity, enough to cruise about 2,000 miles at ten knots. Source: Guardian of the Great Lakes: The US Paddle Frigate Michigan, Bradley A Rodgers.