For me this boardwalk life's through

So you were probably waiting for an update on the housepainting. After a couple rounds I gave up on scraping any more paint down to the bare wood. I thought we were in good shape to prime and paint, but in the harsh light of

And then we were satisfied, and went to the paint store and went away empty-handed. They were to have a 40% off sale starting the next day. The next day we went and bought one quart each of primer and house paint. This is enormously too much paint for what we had to cover, literally four square feet, but it's not like they sell pints. It crossed my mind we probably could have got away with asking for a sample and had enough paint for our needs, but that seemed dishonest.

I worried about the weather, it turns out unnecessarily. Not just that we had a decent week of warm weather, but that it turns out modern paints will dry well enough even if it gets to freezing, although it's better if the overnight temperature stays above the dew point (which it mostly has). I put one layer of house paint on while

bunny_hugger taught, upstairs; she didn't even know I did it. Another layer on Thursday, with some touch-up spots Friday.

If all goes well, her parents should visit tomorrow. The goal is putting up the eight brackets that will hold the flower box for, we hope, decades to come. Plus we have to think what to do with nearly a quart of house paint. Touch-ups, I imagine.

Yesterday gave us one round of fireworks. How about the end of the game, and the Lugnuts fireworks? Can we see them? 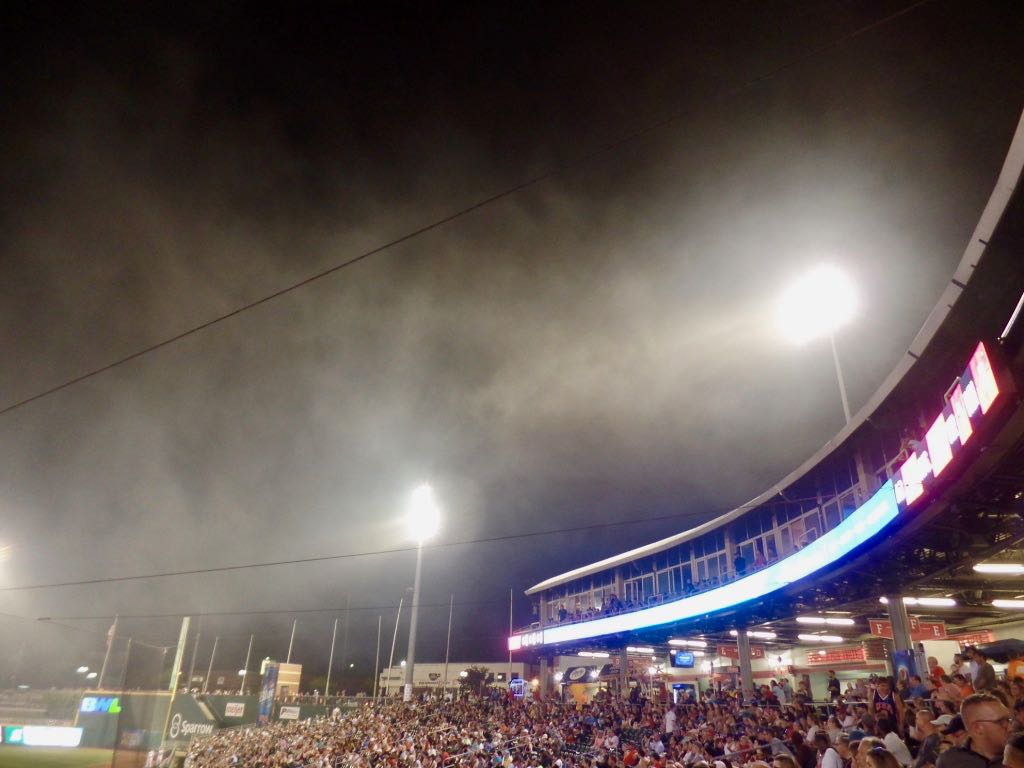 Aftermath of the city's fireworks: a cloud of smoke blowing its way over the stadium. 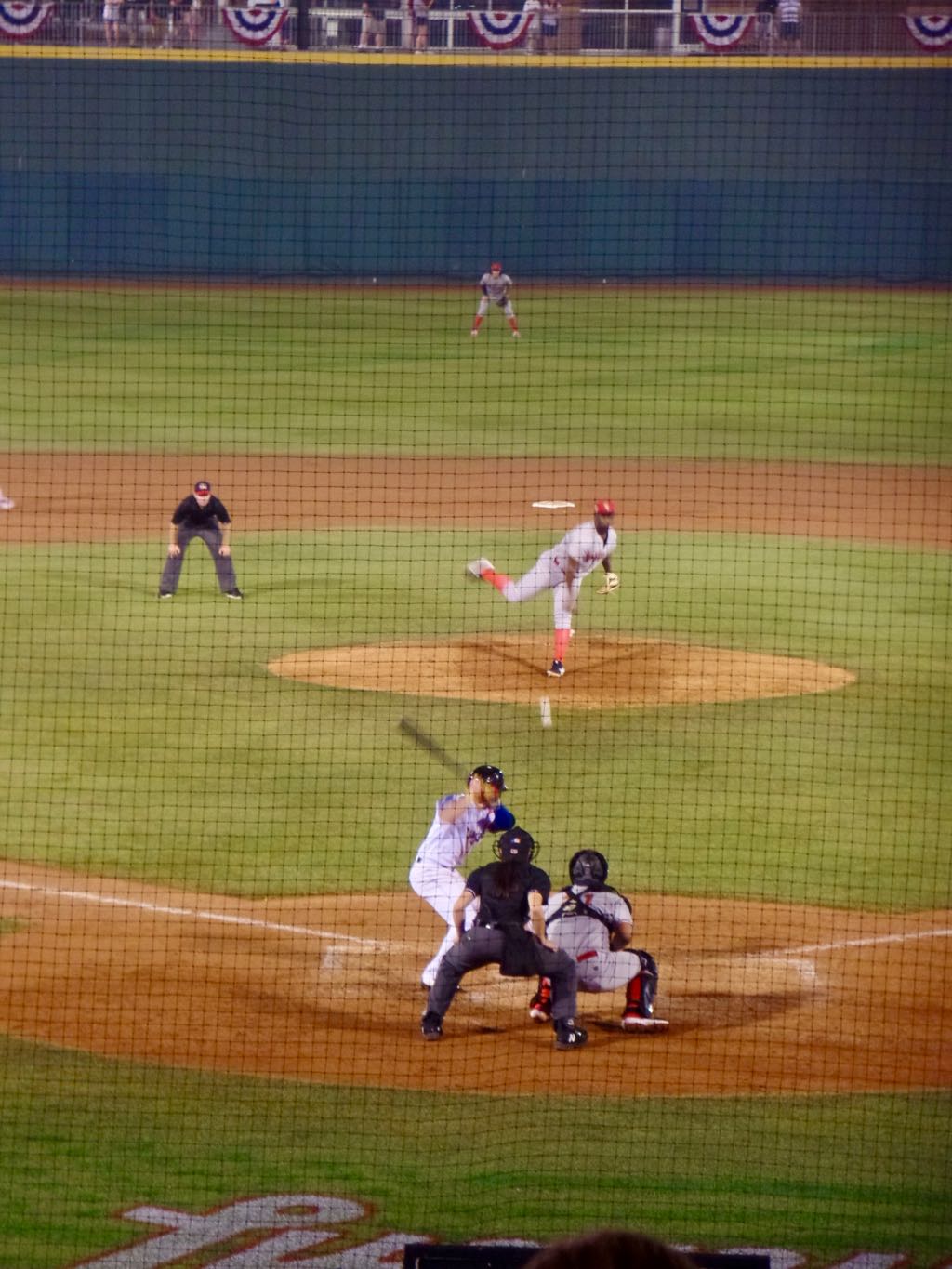 Bottom of the 9th, two out. If the Lugnuts can get some hits, though, they might pull off a rally and win the game after all! Will they? 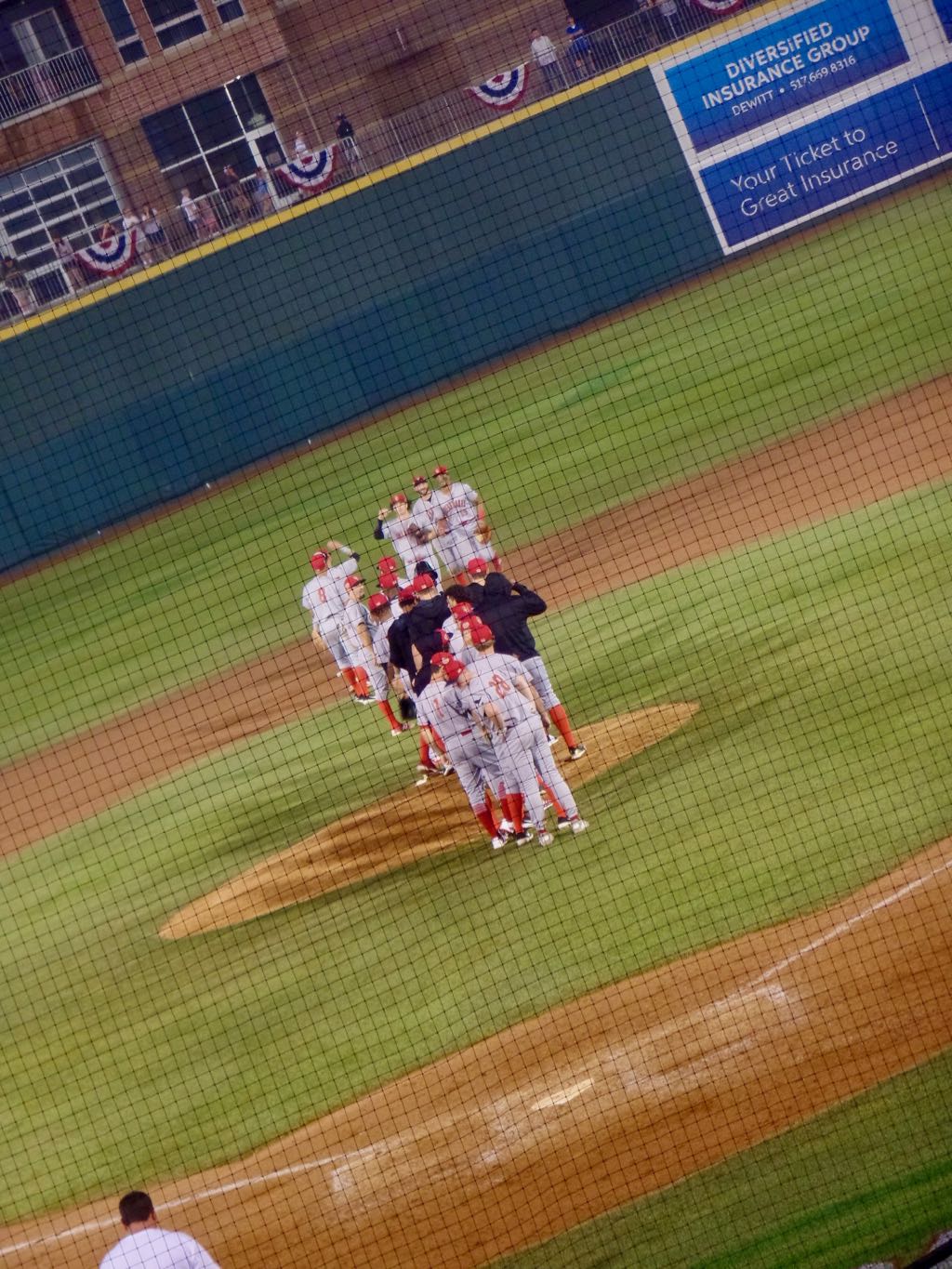 Nope. So here players gather up for the team handshakes. 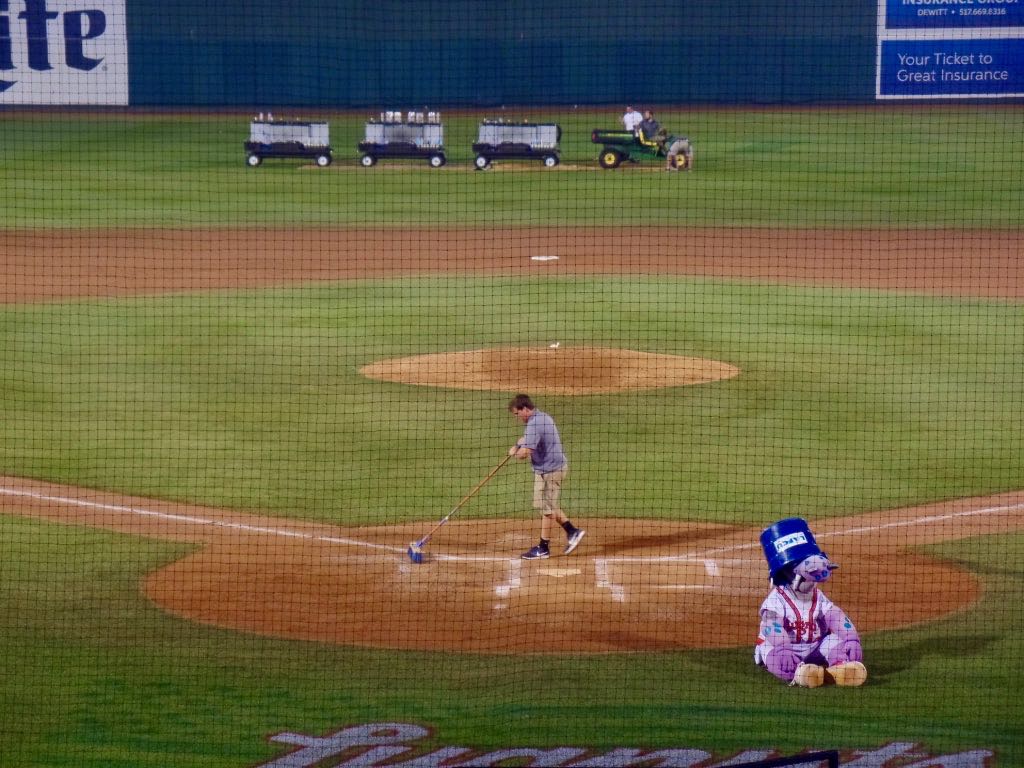 Big Lug clowning around while the ballpark gets the outfield fireworks show set up. 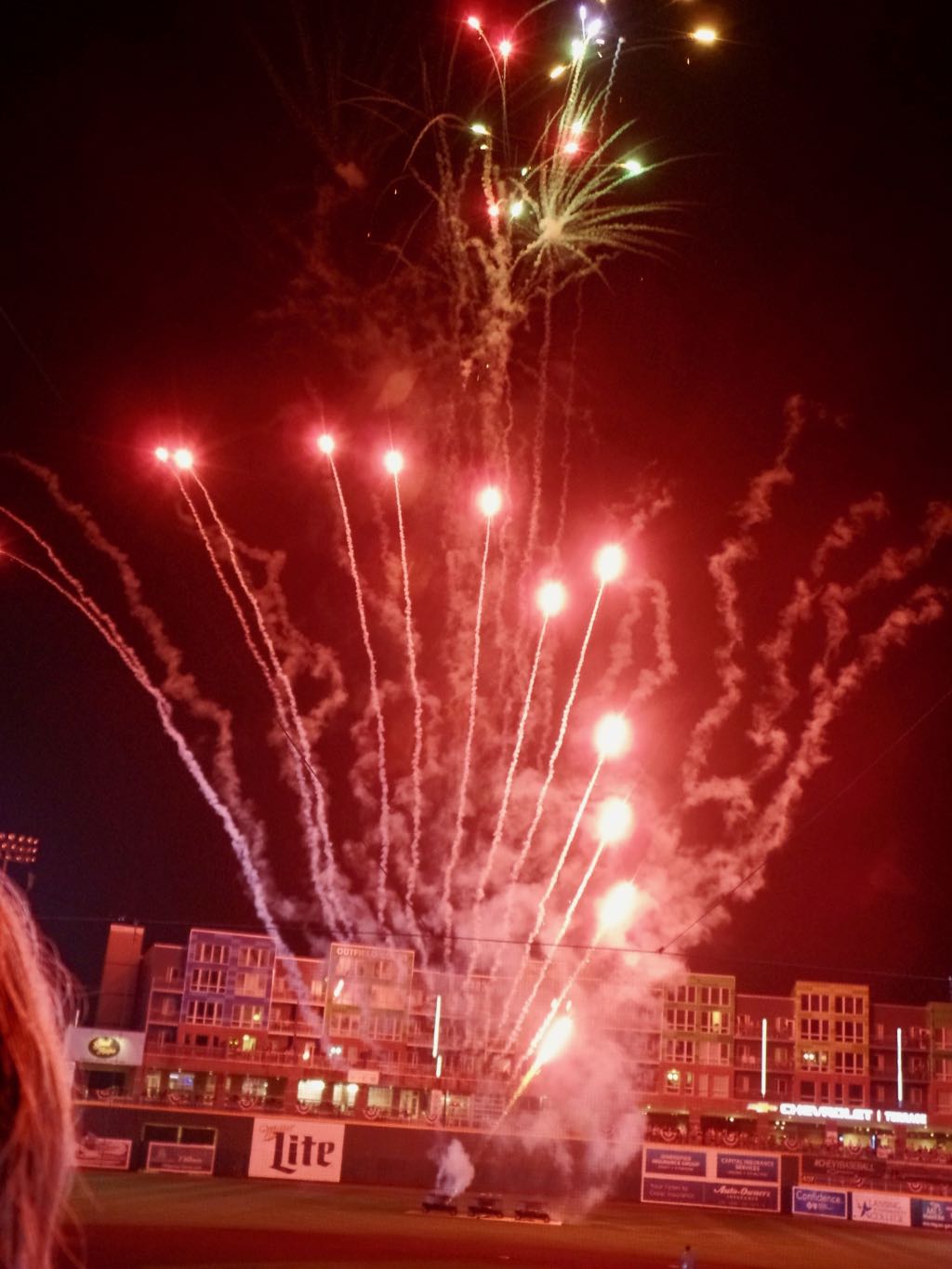 Nice spray of fireworks for the Lugnuts' game. 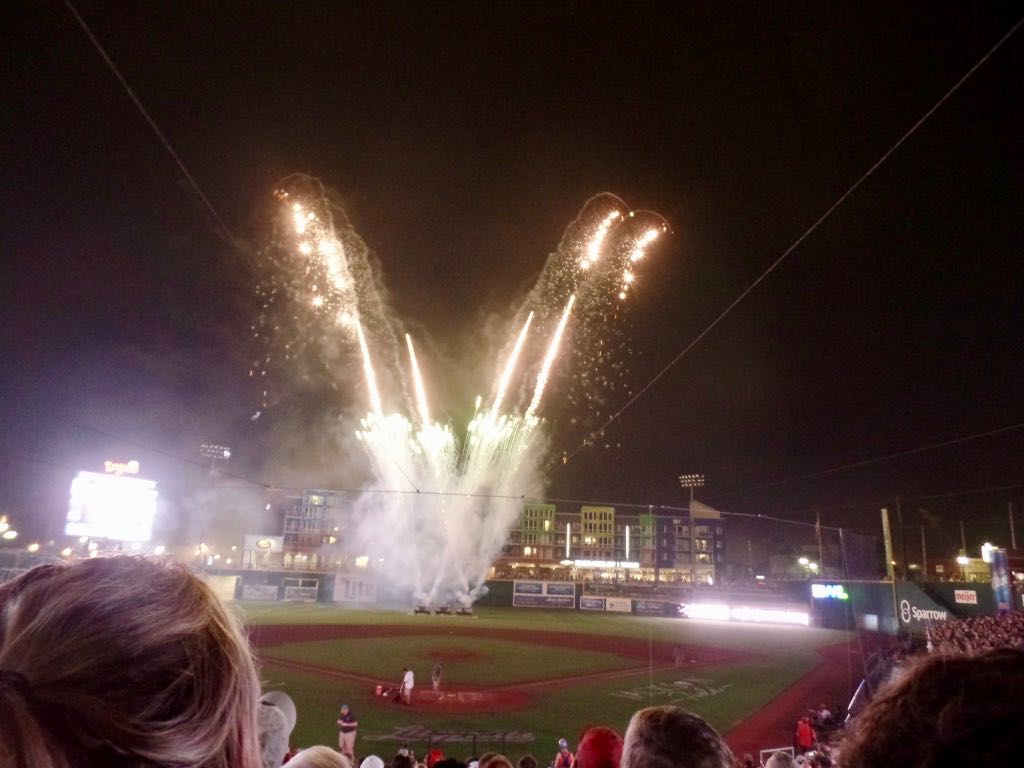 During building of the apartments the fireworks show got really small. It's been getting bigger since the construction finished, but

bunny_hugger doesn't think it's as big as the pre-construction had been. It's certainly lower, as the fireworks used to launch from the slope outside the outfield fence. 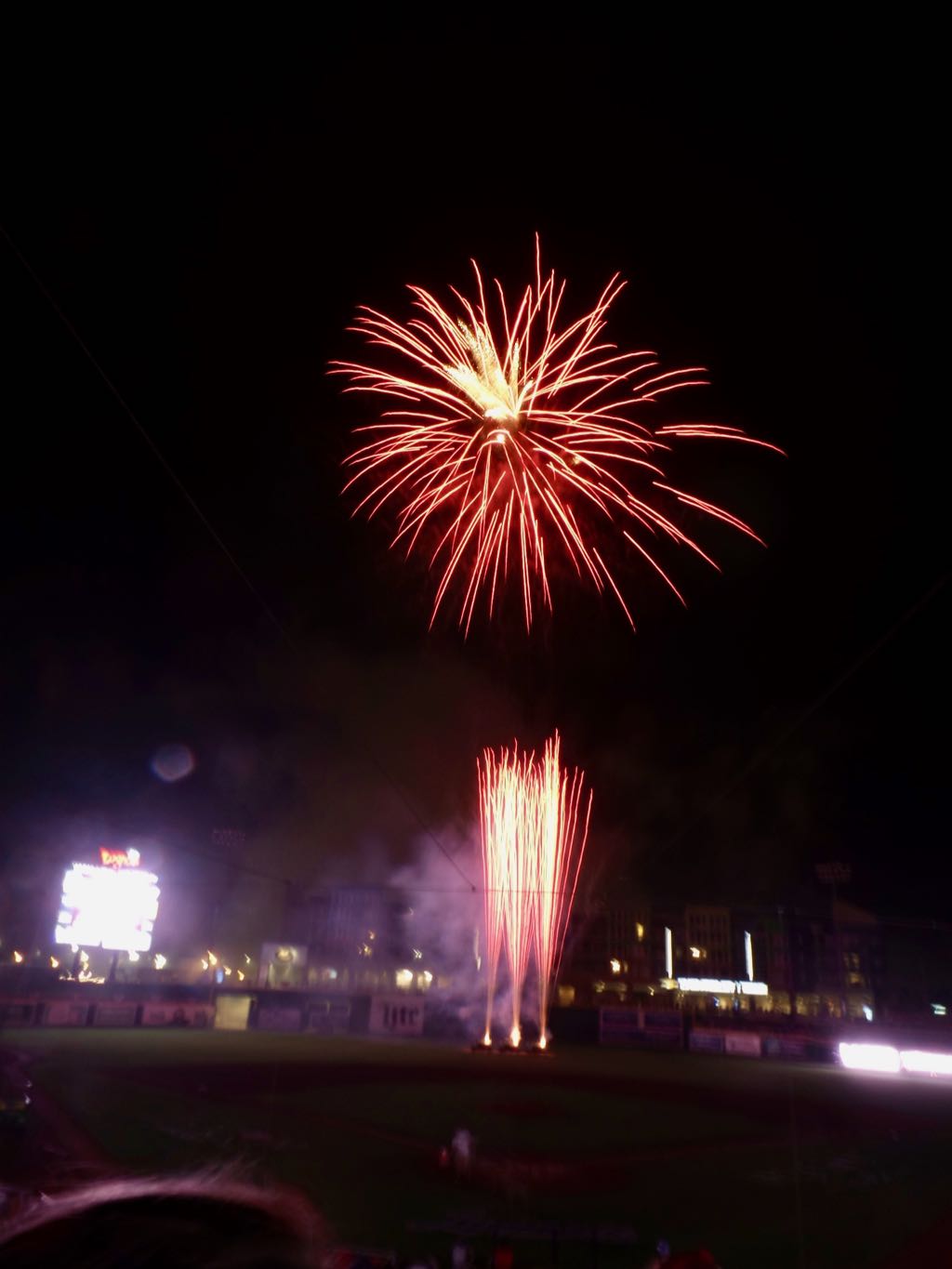 Explosion and fountain working together here. 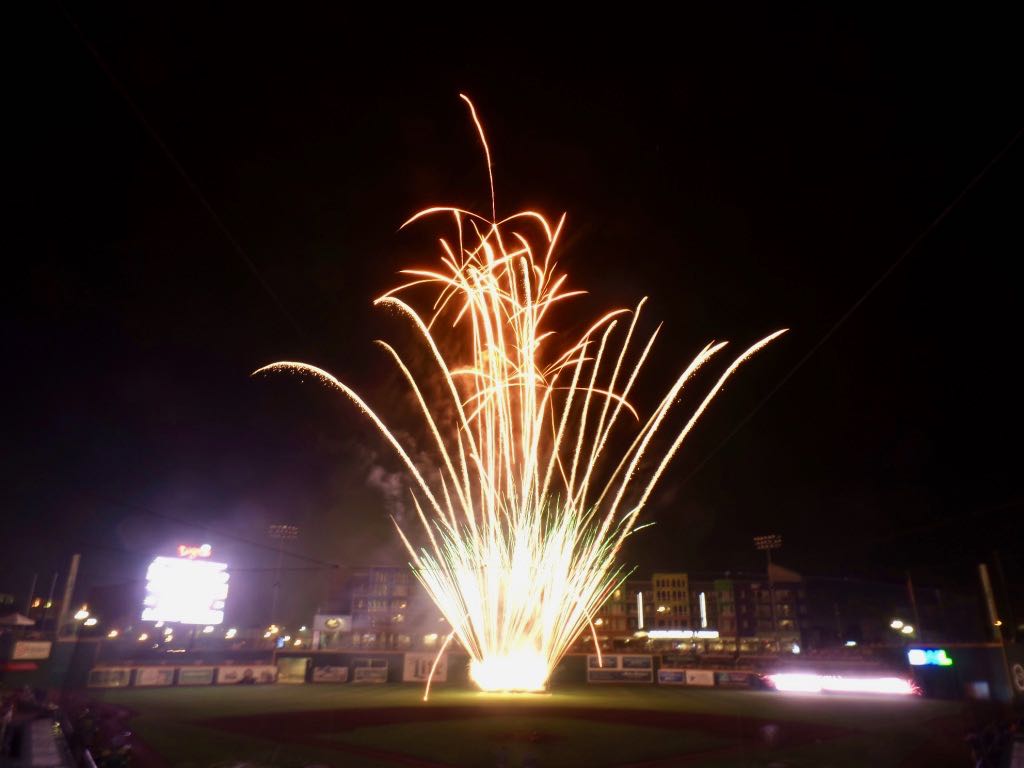 And we get closer to the grand finale here. 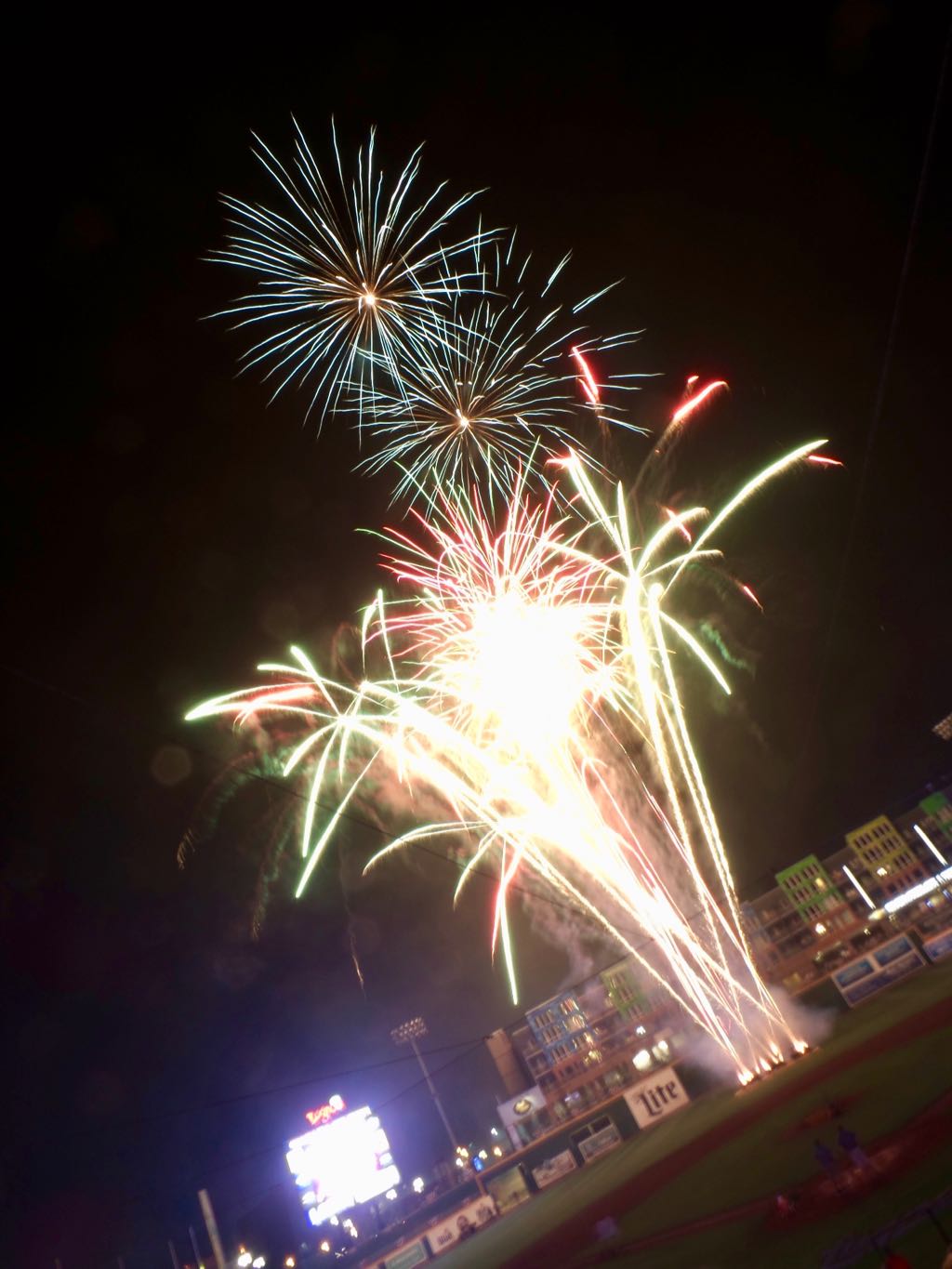 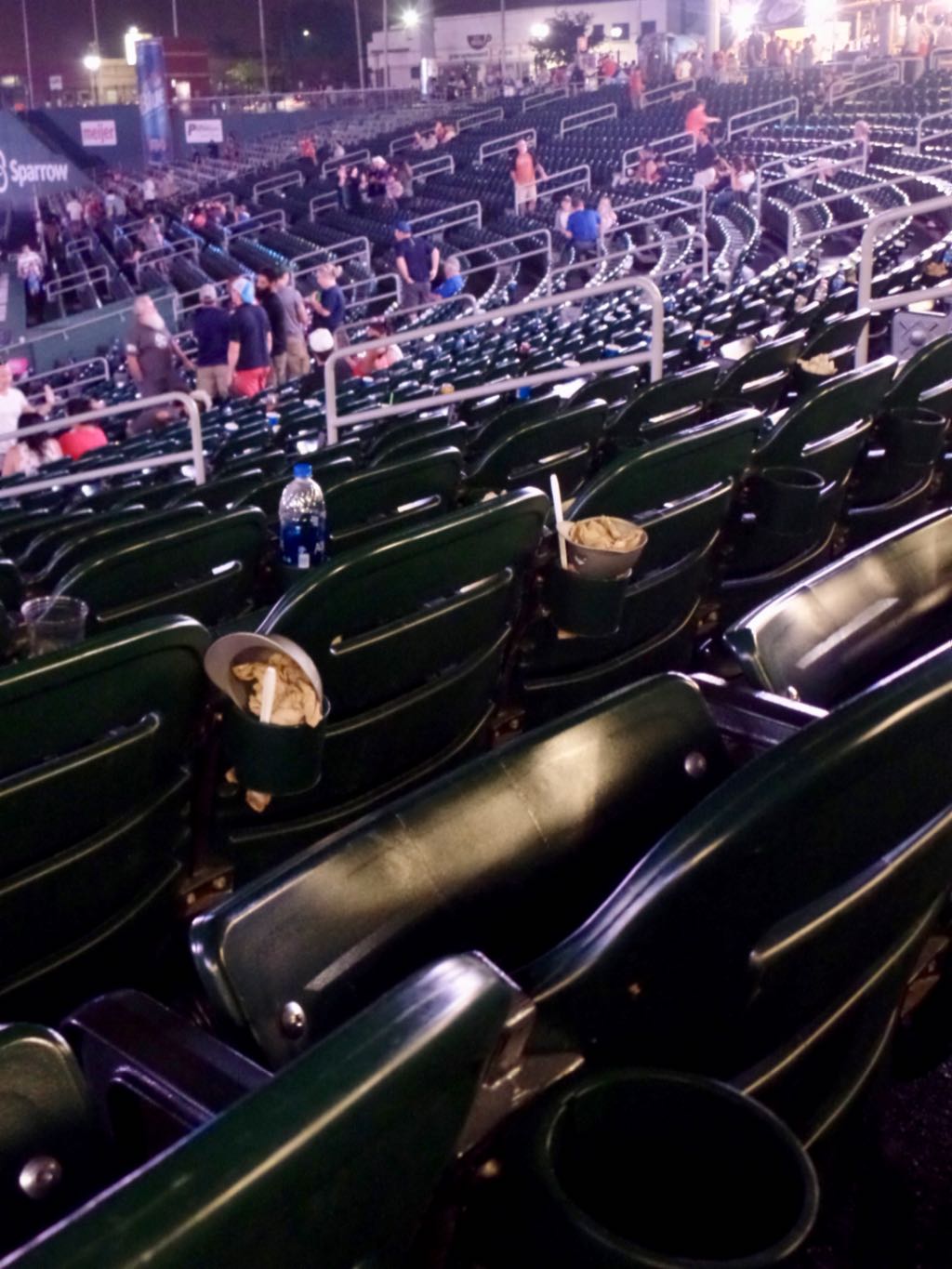 People clearing out of the park after the Lugnuts' fireworks have finished; many of them just abandoned their drinks like nobody has to clean that stuff up. 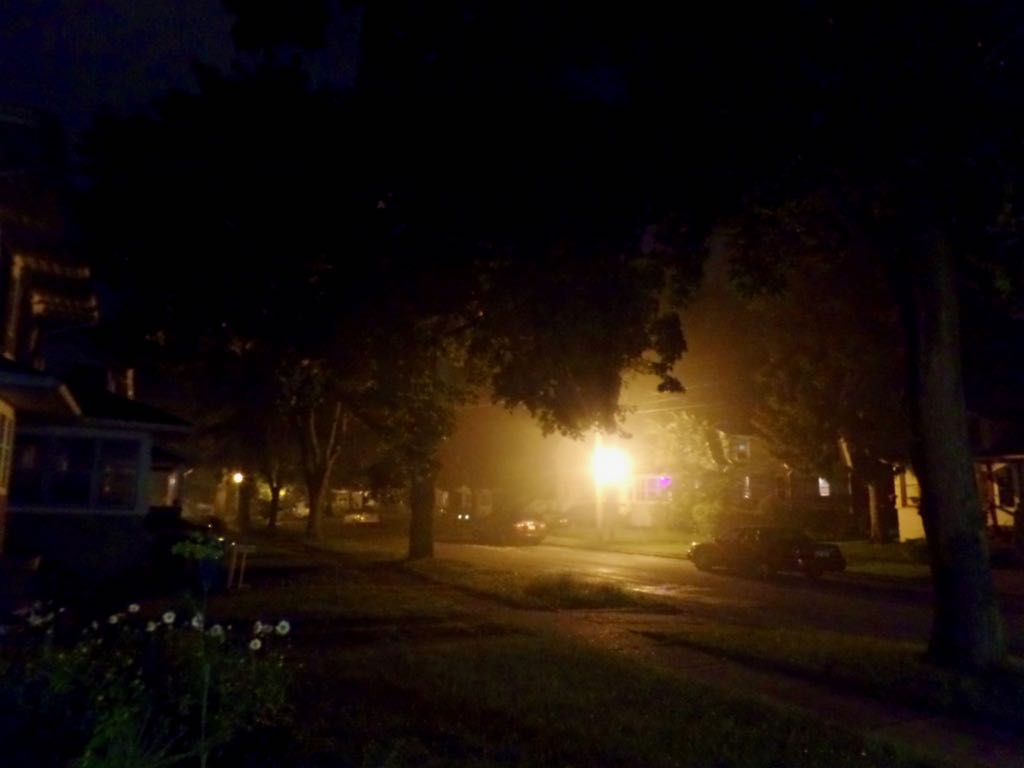 The haze of amateur fireworks settling over the Eastside.

Trivia: John Quincy Adams was preparing to return from Ghent, Belgium, in May 1815, after the conclusion of the War of 1812, when he got the notice he was appointed minister plenipotentiary to Great Britain. Source: Union 1812: The Americans who Fought the Second War of Independence, A J Langguth.