Until the Sun went down

So the time I needed to write, particularly, the Playful Math Education Blog Carnival just ate up my opportunity to write up what we did on my birthday, and the day after. I'll get up to speed again. It'll just be a little while.

One of the things eating my time: explaining What's Going On In Judge Parker? Did Judge Parker just reset everything? July - September 2020 in plot recaps of a comic strip that seems sometimes like it might be about something other than what is literally shown on the page. I don't know how to describe this strange thing it's doing where things seem to represent other things. Weird, I know. 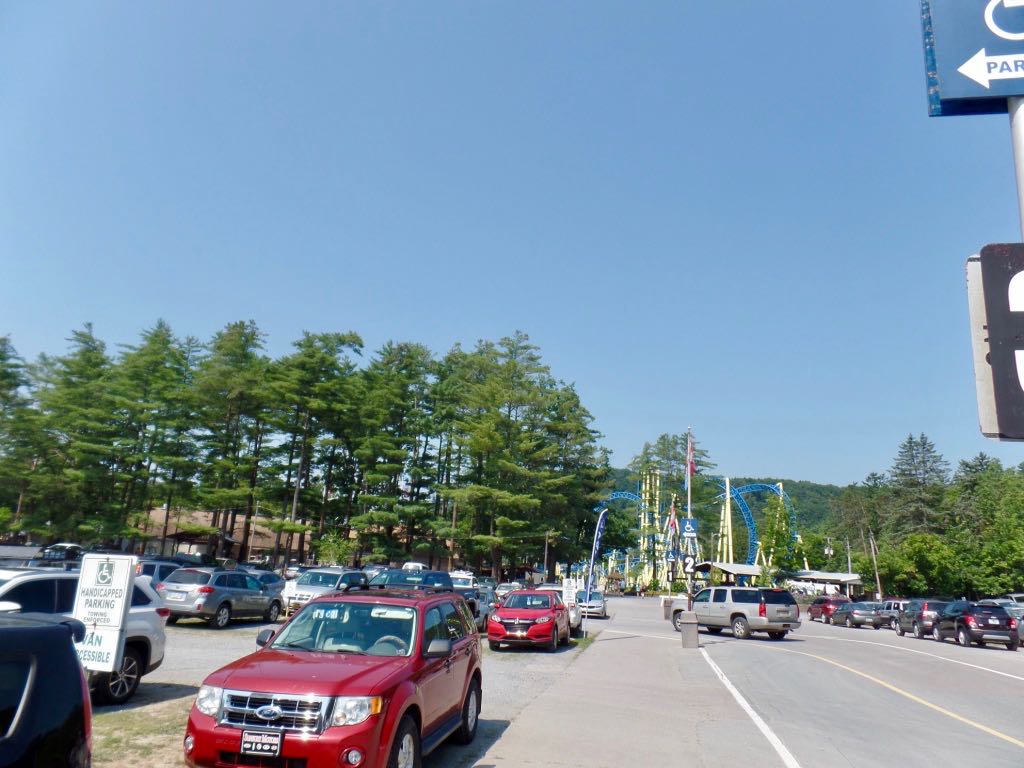 Here's what we went on I-80 for: Knoebels Amusement Park! 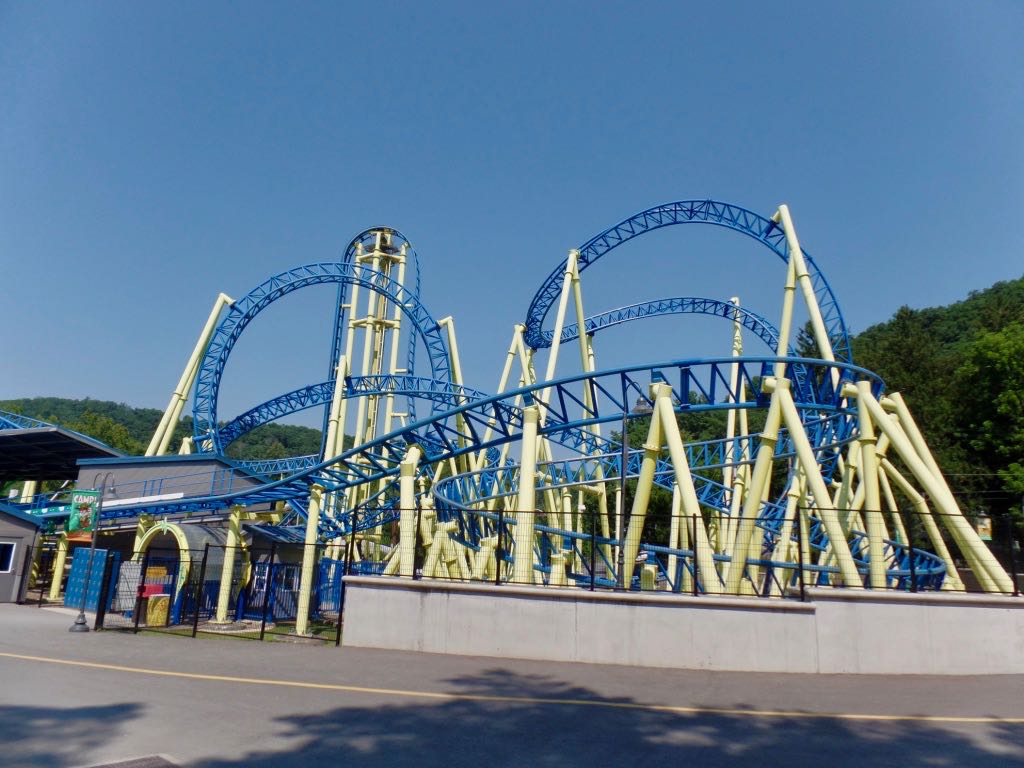 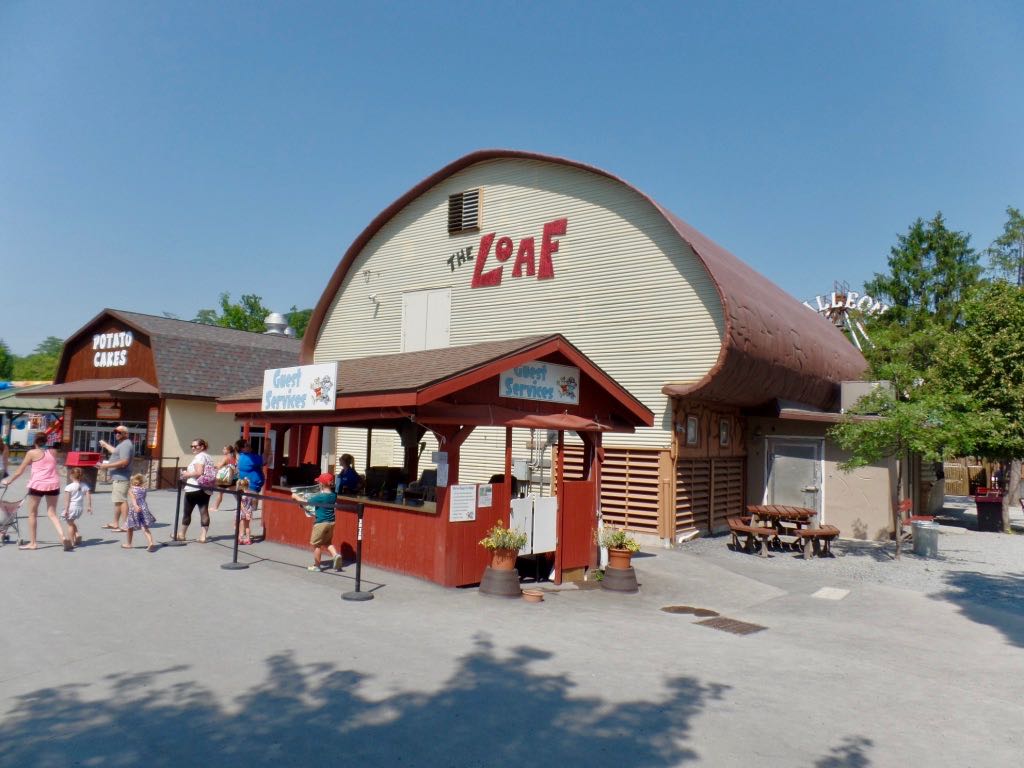 So we'd wondered about the deal with The Loaf here, and what this bread-shaped building is even for. It's for catering, turns out. We love its coffee-pot architecture though. 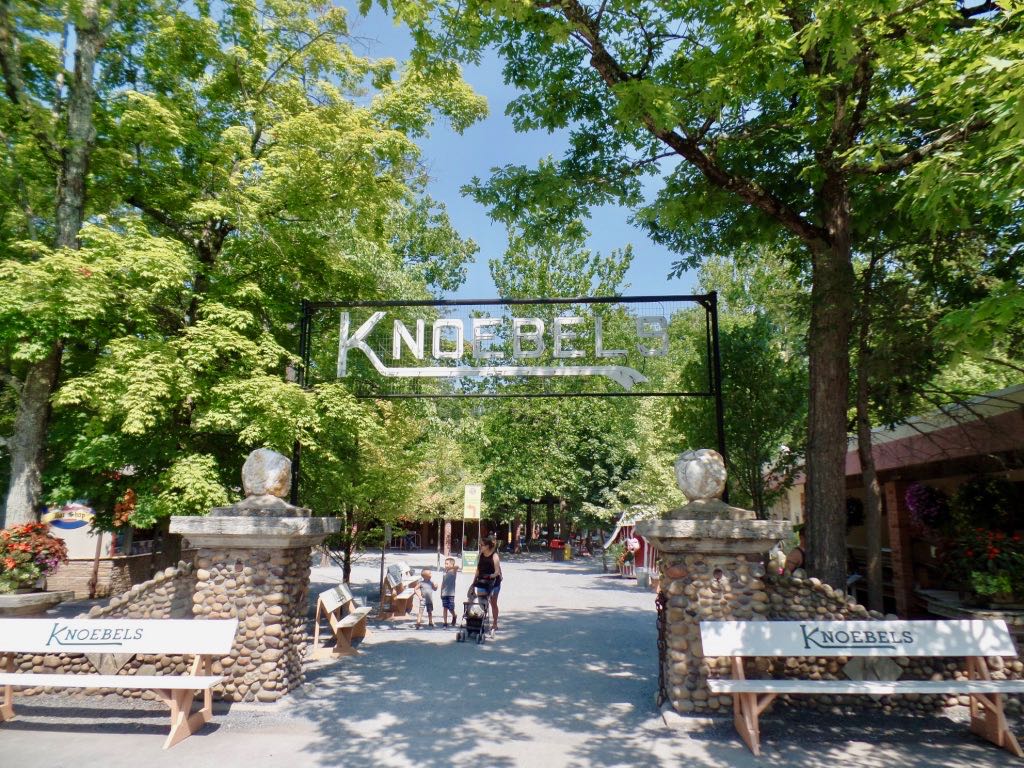 And there's the gate sign, far inside the park, that we assume was at the edge of the park at some point in the past. 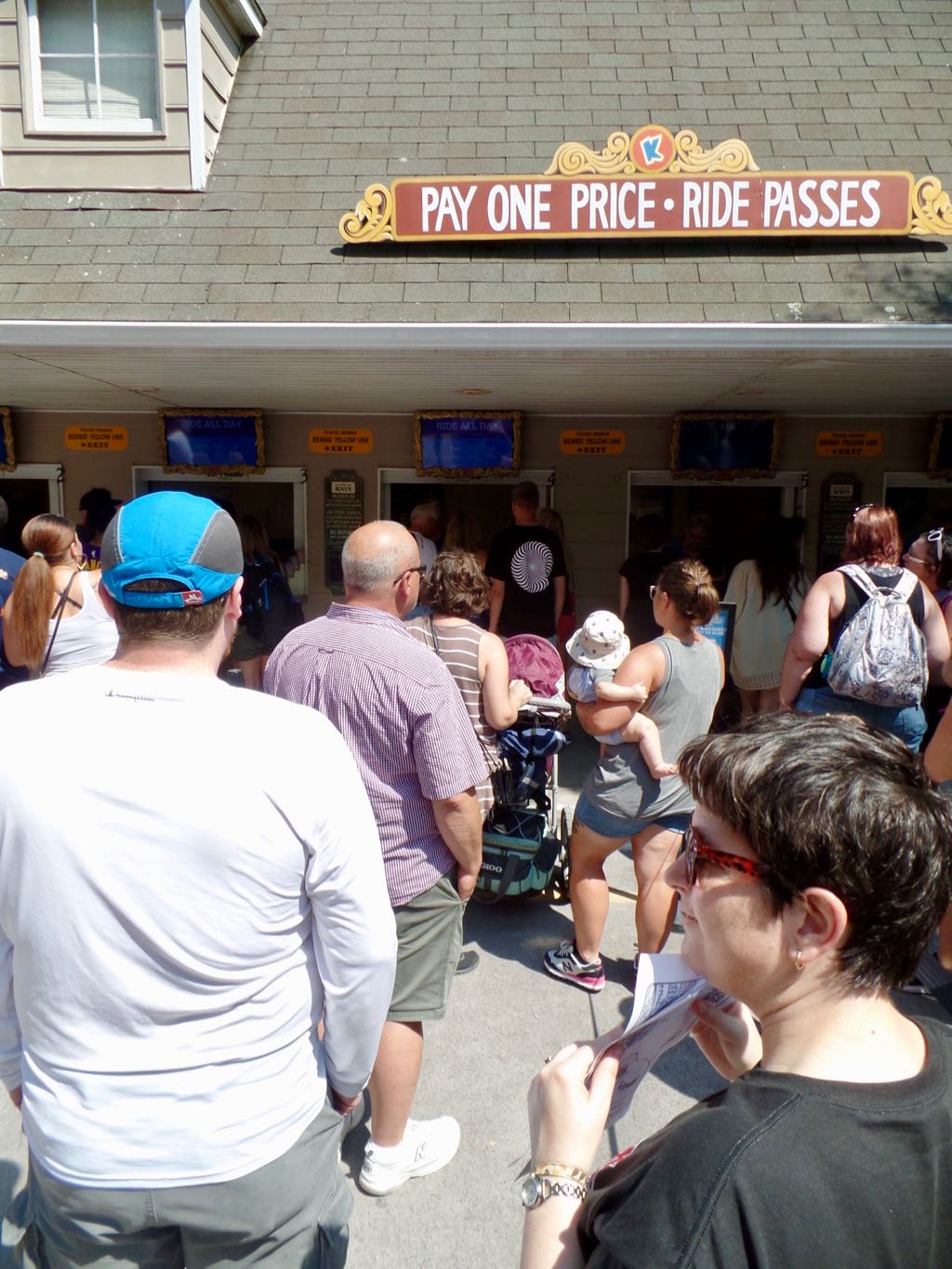 And here's the magic about to happen: buy tickets and get rides a la carte, or buy a wristband for unlimited riding? 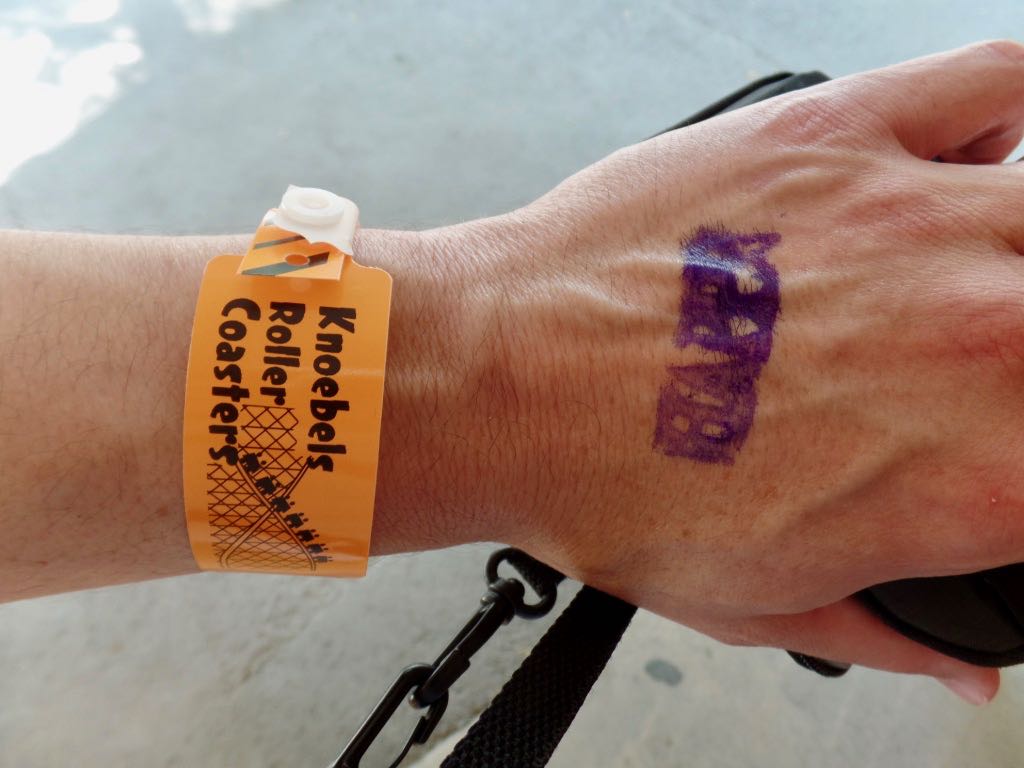 Wristband. Also I'd forgotten that the wristband is accompanied by a hand stamp; for our visit, the word is HAPPY. 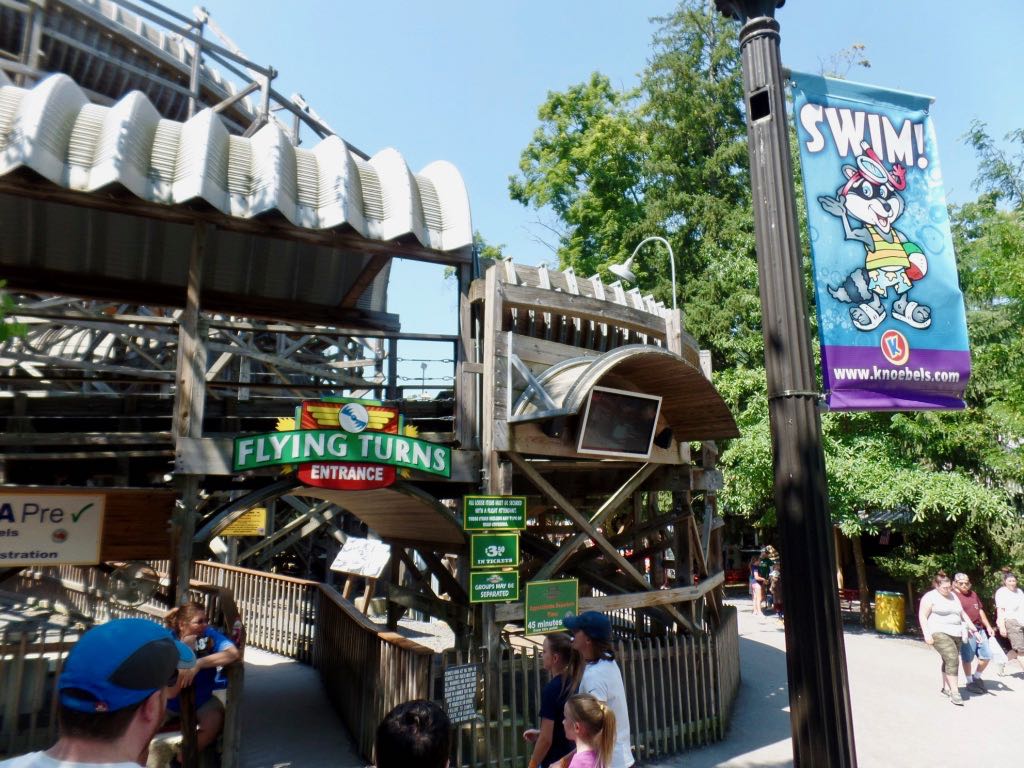 Our first ride, and the thing we got there first thing in the day for: Flying Turns! Also, note Dexter Raccoon over on the sign urging folks to Swim! 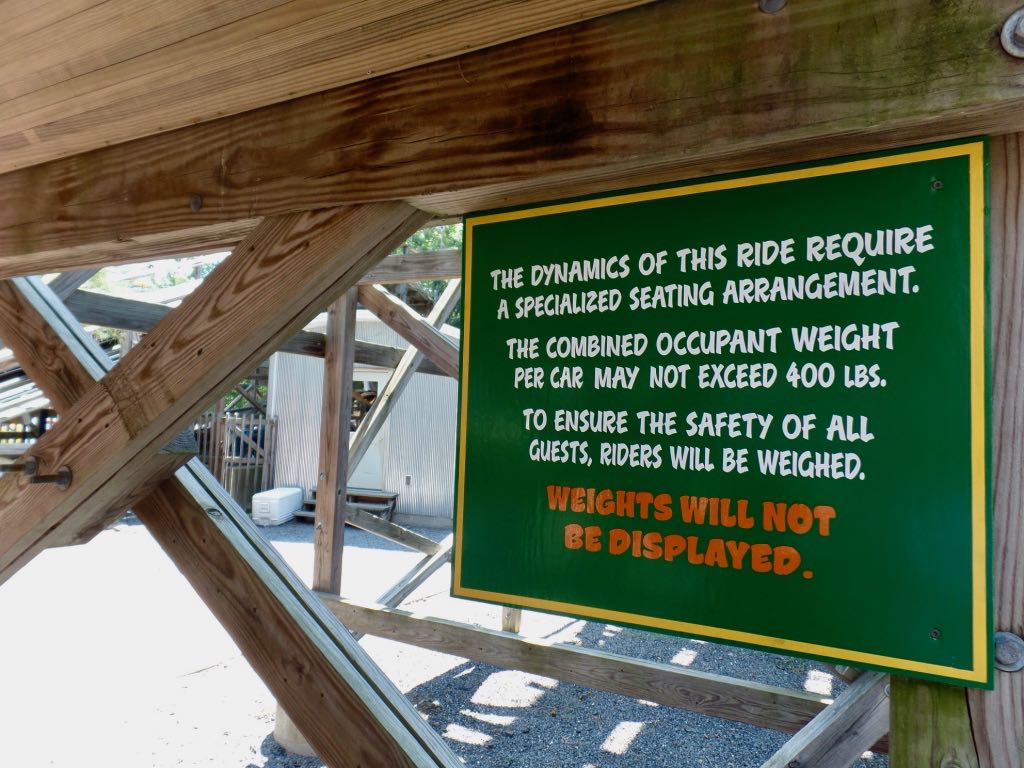 A moment of warning. Each car of the bobsled-style Flying Turns can take only 400 pounds.

bunny_hugger and I fit together in one car when we visited in 2014. Would we make it this time? 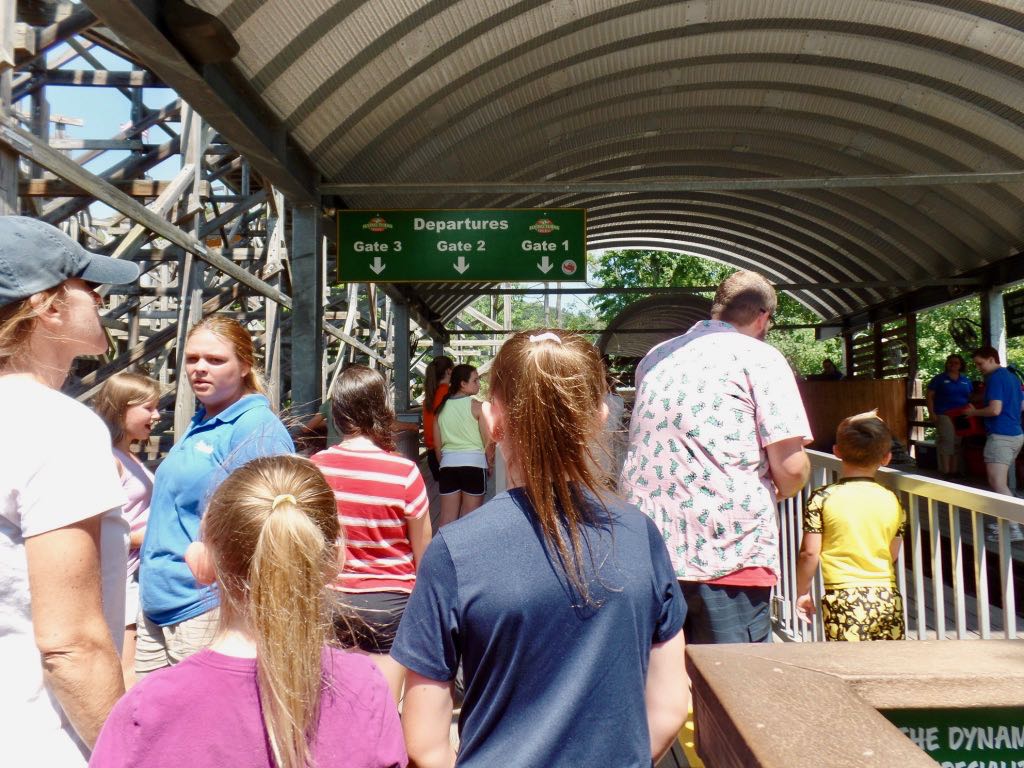 Flying Turns has an airplane theme; the Gates correspond to the front, center, and rear cars of the train. 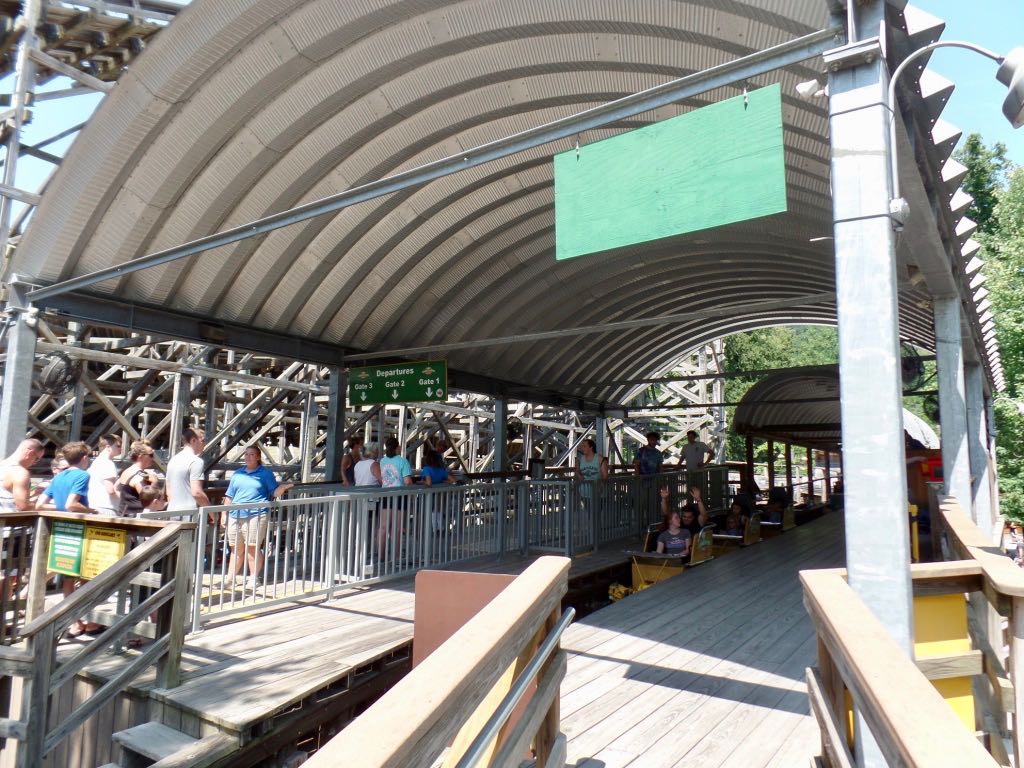 And there's the view of the station, from after departing the ride.

bunny_hugger and I did not make it in a single car, even putting down our cameras to shave a few ounces. But we've worked it out and we must have been just barely over, so apparently this 400 pound limit is a hard limit. Also, with the weight I've lost during the pandemic, we will have no trouble riding together when next we visit. 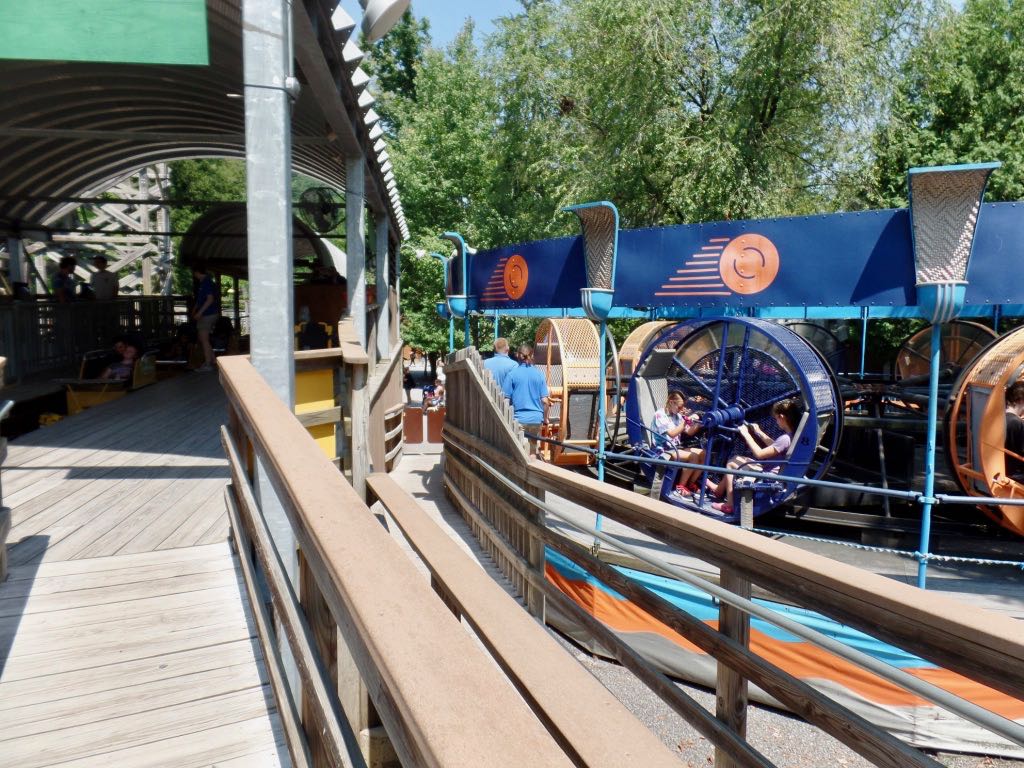 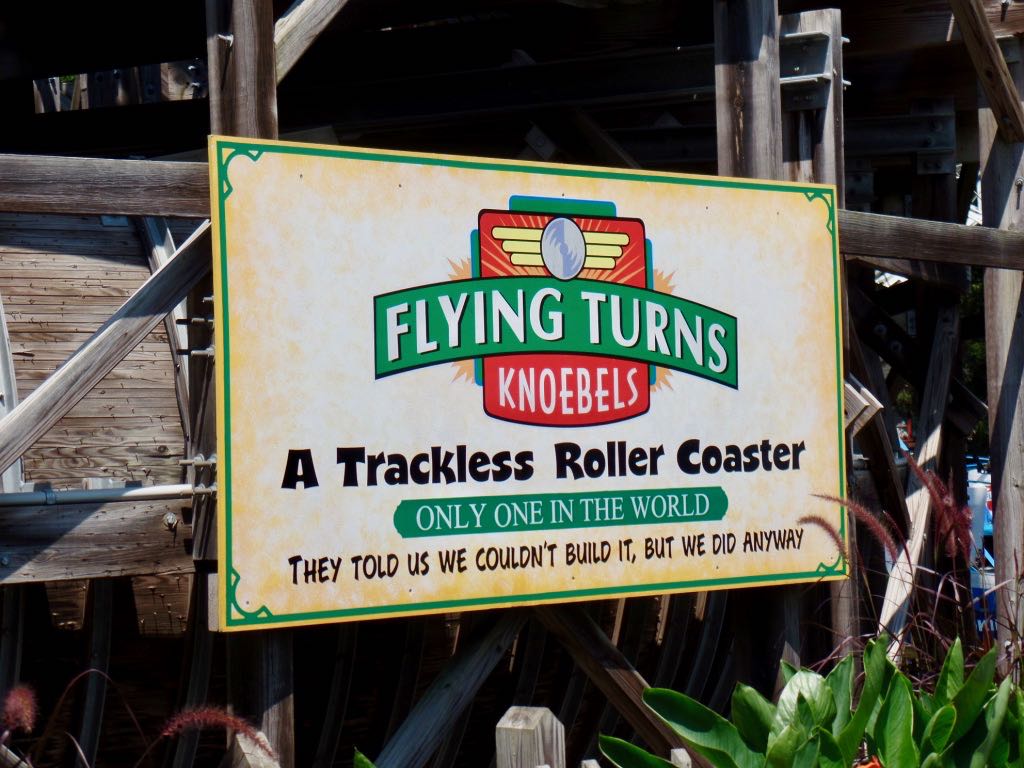 Knoebels spent a long time and a lot of money making Flying Turns work and so I don't fault them turning that saga into a point of pride.