And many fantasies were learned

bunny_hugger crazy. This is because I figured to save opening my presents for later, and she wanted me to see her gifts to me sooner. But I'm the waiting type and she accepts that. I did open cards, from her and her parents and my parents. And talked to my father on the phone. My mother was out (she's running a campaign for a Democrat in South Carolina, and feeling that it's less dire than you'd think). She would call later, just after we'd gotten back from things. All my family's doing basically fine, is the big news and comfortable lack of news.

Our plan for the day was to go to the Potter Park Zoo. It's in town, it's in comfortable walking distance, and it's all outdoors (now, anyway; all the indoor exhibits are closed for the pandemic) so it seemed like the best low-risk thing we could go and do, other than go to a drive-in. We didn't know of any drive-ins with a show we were interested in. It turns out the Capri, down in Coldwater, was showing a double-feature of The Rocky Horror Picture Show and Monty Python and the Holy Grail. Had we known, that might have changed our plans. I mean, yes, the audience to that double feature would have been insufferable, but since we'd be in my car, we would never have to know. Except getting popcorn between the pictures.

The downside is the zoo set up arrival-time reservations. Otherwise we'd just drift in when we felt like. But we also wanted to get to Bake-N-Cakes to get some cupcakes, and it was either get there before we went to the zoo or get there between the zoo's closing and the bakery's closing. Before going to the zoo seemed better. We had less time to just browse at Bake-N-Cakes than we'd have done in normal circumstances, but, these aren't circumstances to linger in a shop in. It was the first time we've been there, or really to any food place that isn't a grocery or a drive-in concession stand since the pandemic.

So we got cupcakes for later, and we got to the zoo. More on that to come.

Now let's return to Knoebels Amusement Park, in July of 2019, and the many wonderful sights of a great place. 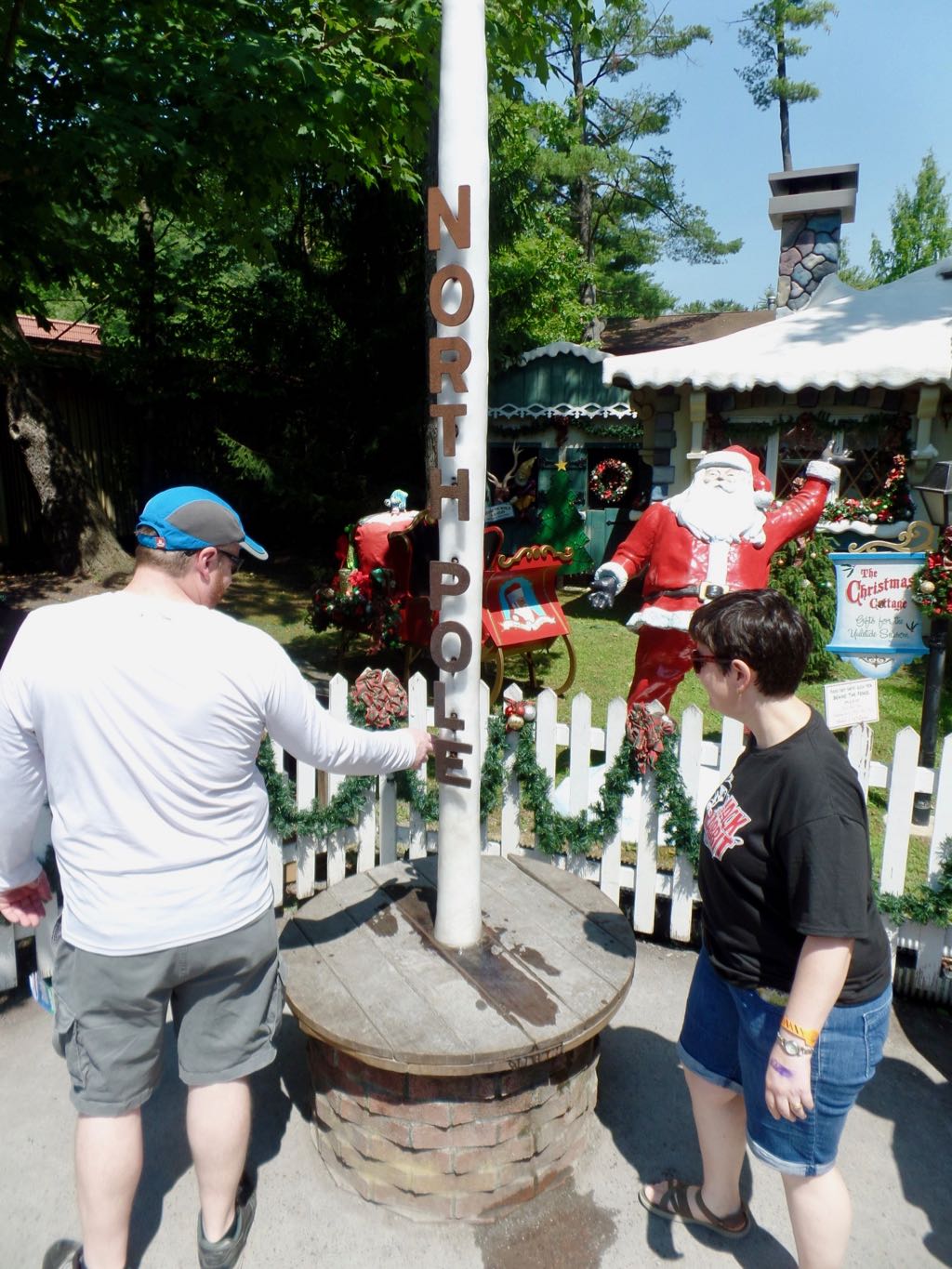 A real actual North Pole, covered in ice, outside the Christmas Cottage. 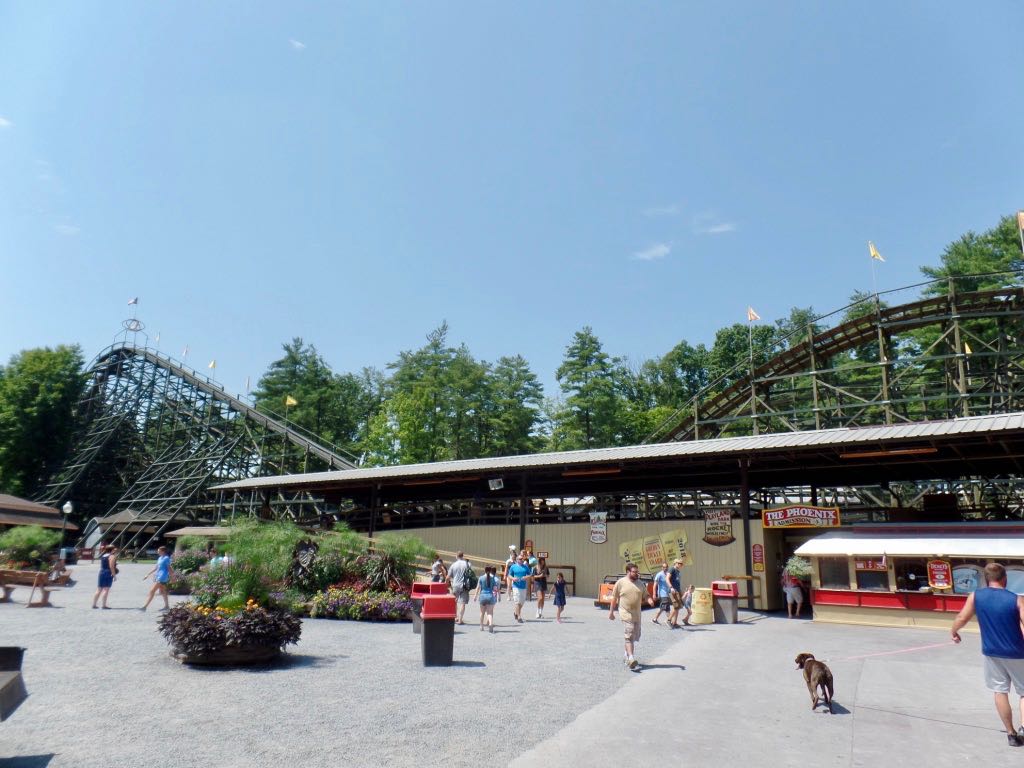 And here's Phoenix, a regular visitor atop the list of all-time great wooden roller coasters. The name alludes to how the ride was moved from Texas and rebuilt, rather than lost to the ages. 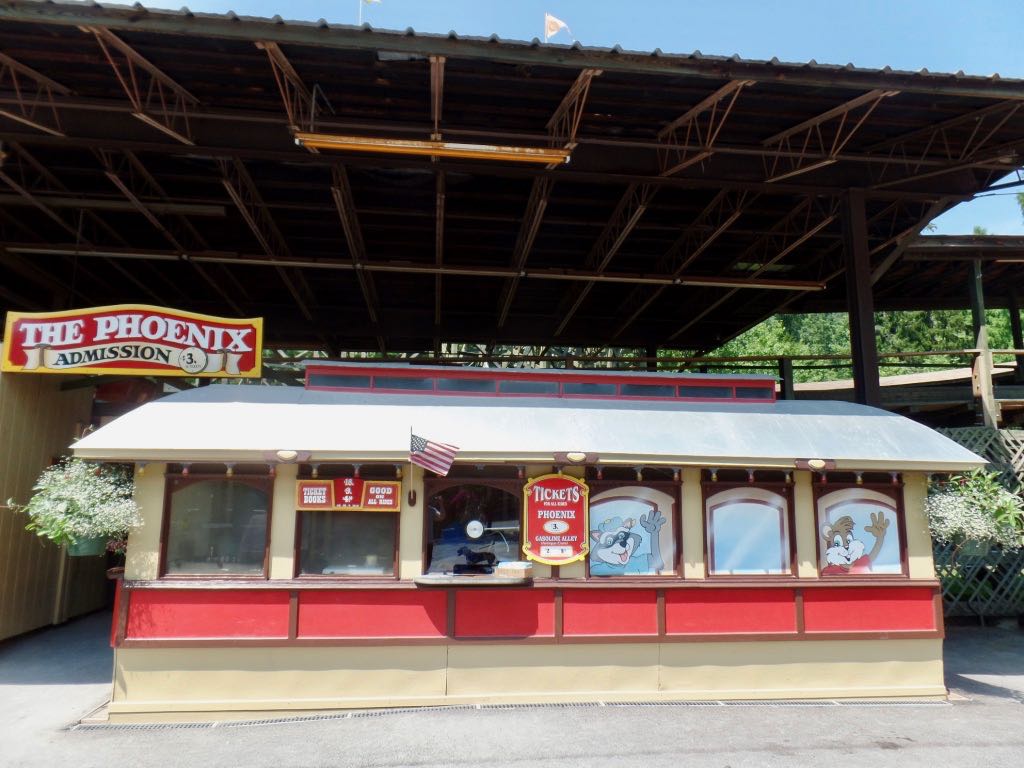 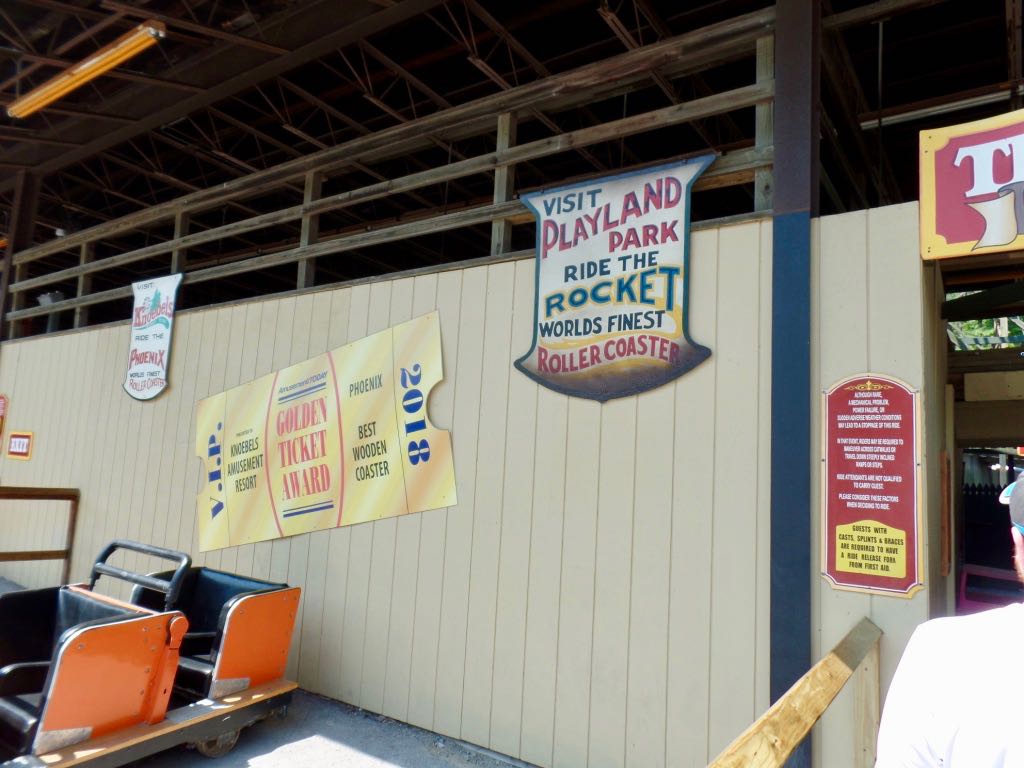 In the roller coaster's original location, Playland Park in San Antonio, Texas, it was known as Rocket and the park respects that history. Also, told you this is always one of the top wooden roller coasters out there. Phoenix would win Best Wooden Coaster Golden Ticket for 2019, too. 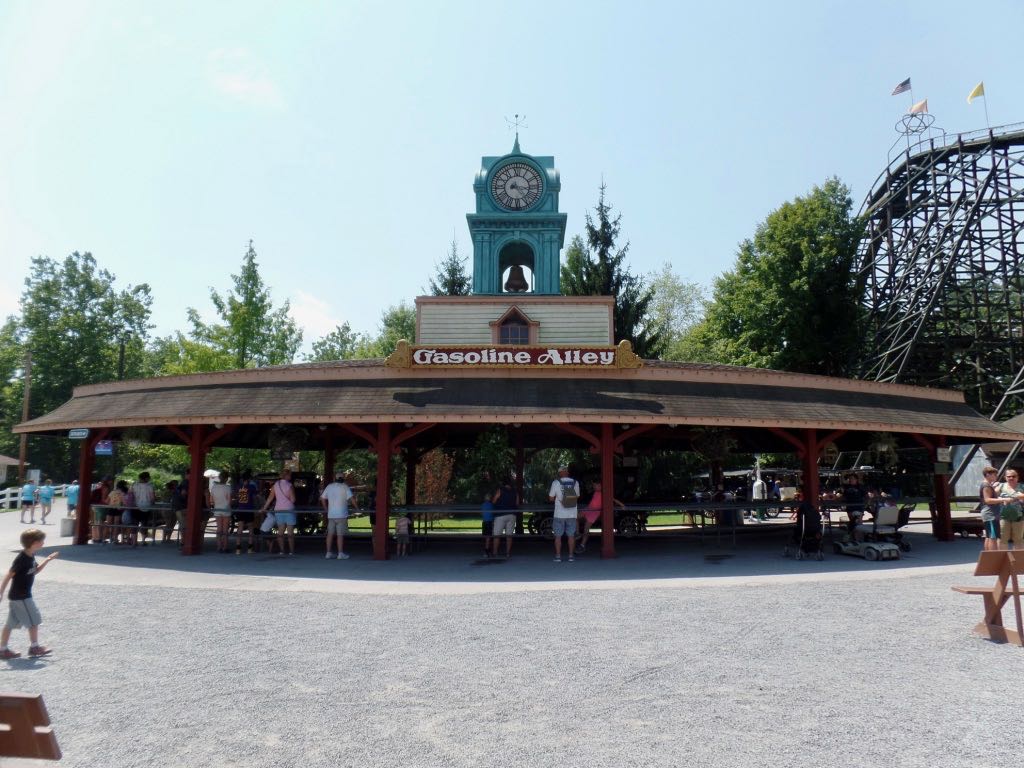 You know these Northeast Pennsylvania people, they love their long-running American-Cornball story comics! 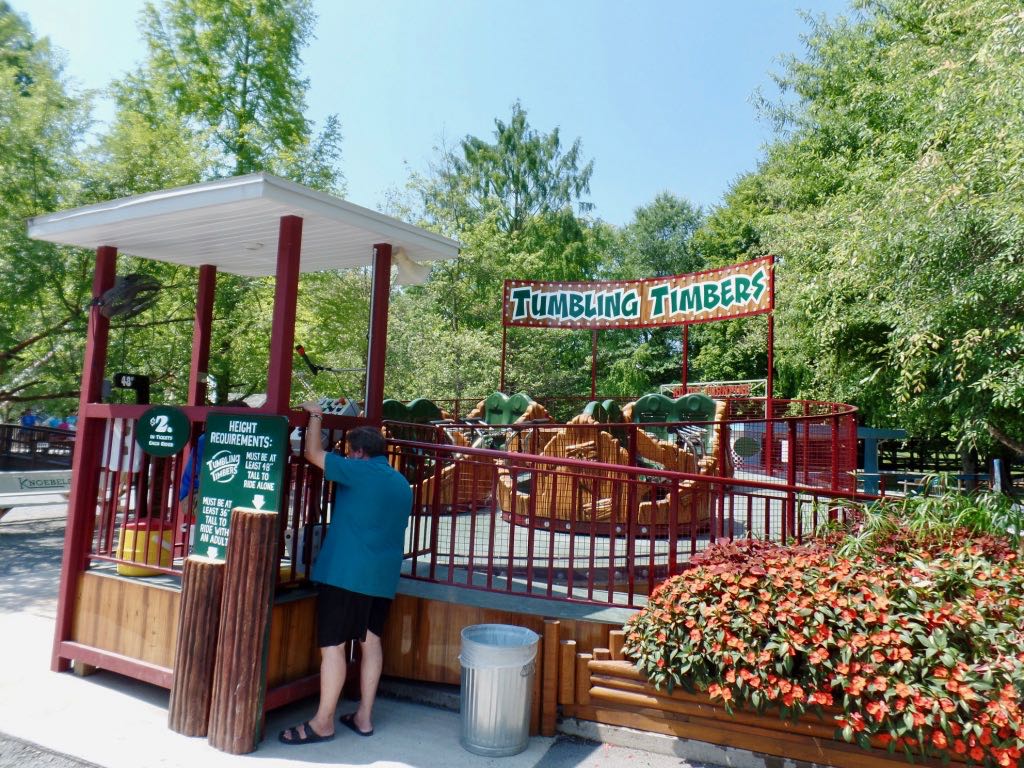 Tumbling Timbers was the park's new ride for 2019, and was the first thing we rode besides roller coasters. It's like a very tight-radius Tiki Twirl and between that, the brutal direct sunlight, and that we hadn't eaten yet we were on the brink of nausea. 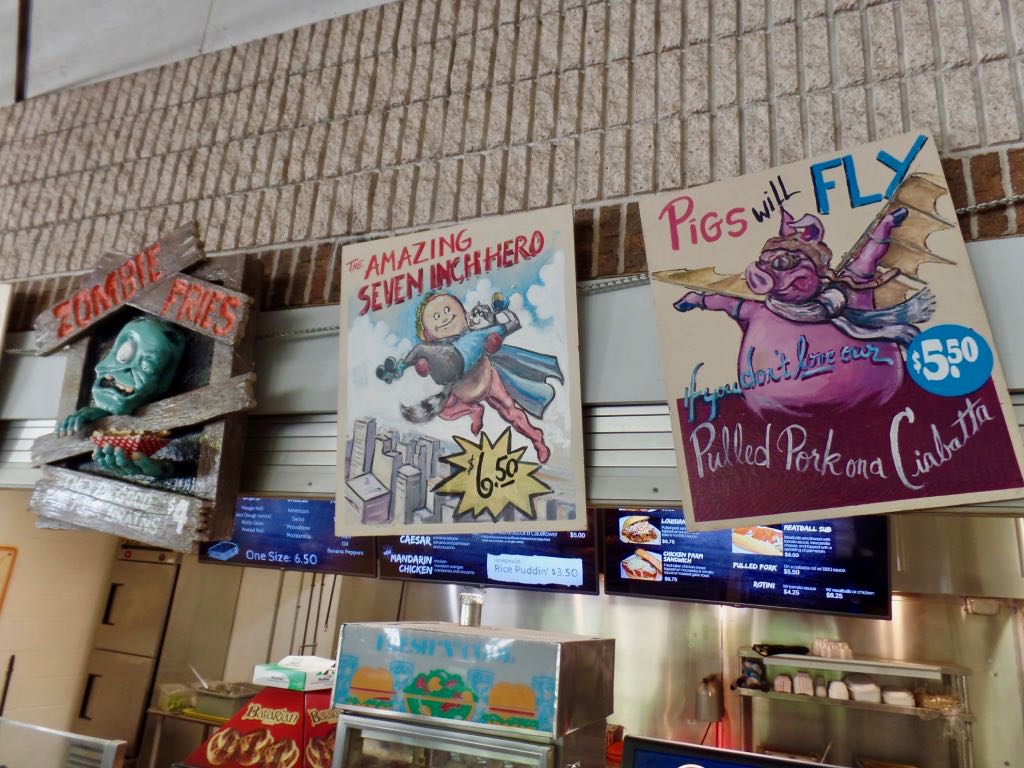 So we went to the International Food Court. I don't remember the signs for the foods before but, like, what self-respecting raccoon wouldn't be up for being grabbed by a giant superpowered sandwich? (Knoebels would win a 2019 Golden Ticket for Best Food.) 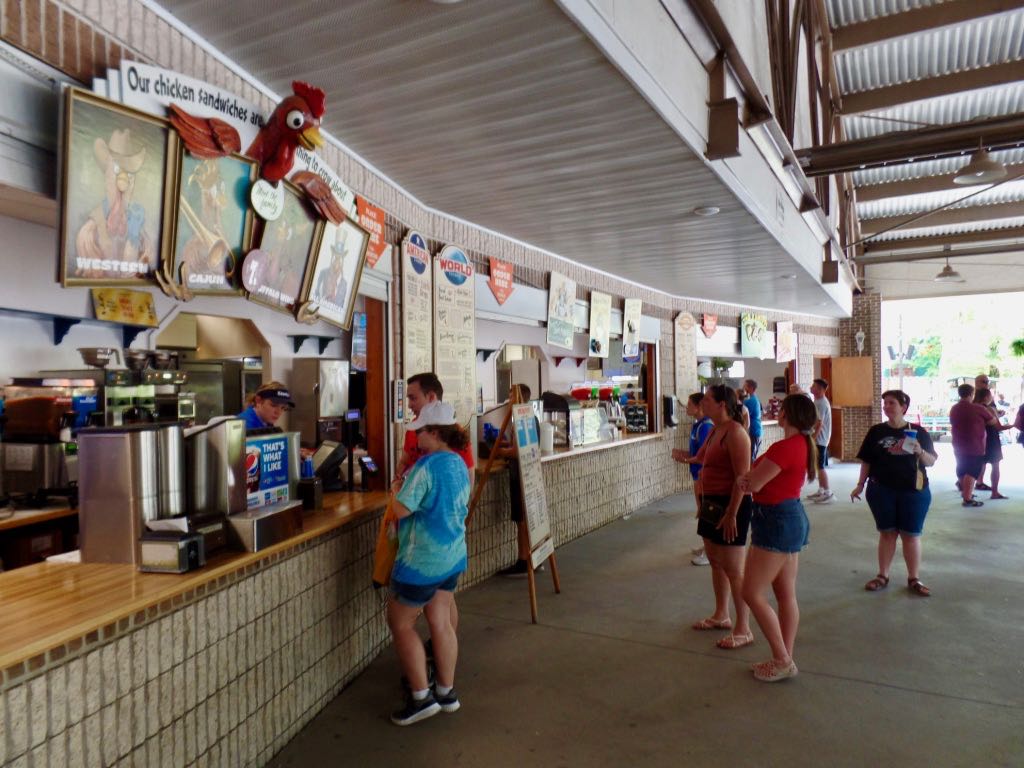 I like the three-dimensional sign for the chicken here even if it is yet another example of the suicidal food mascot. 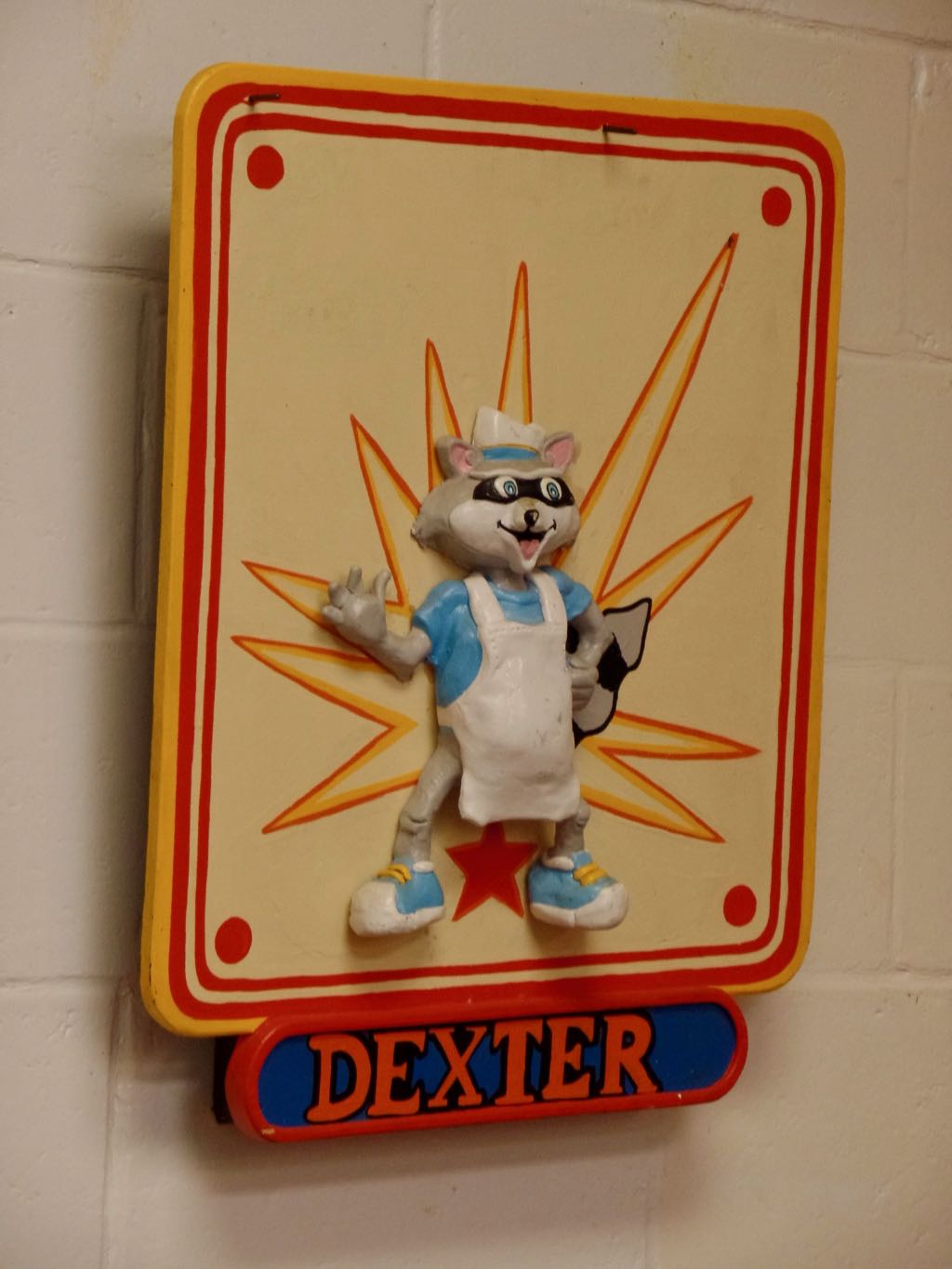 So somehow Knoebels has mascot lore and in it, Dexter, wanting to help and making a mess of things, turned out to be a great chef and that's I believe what they're going for with this three-dimensional sign. 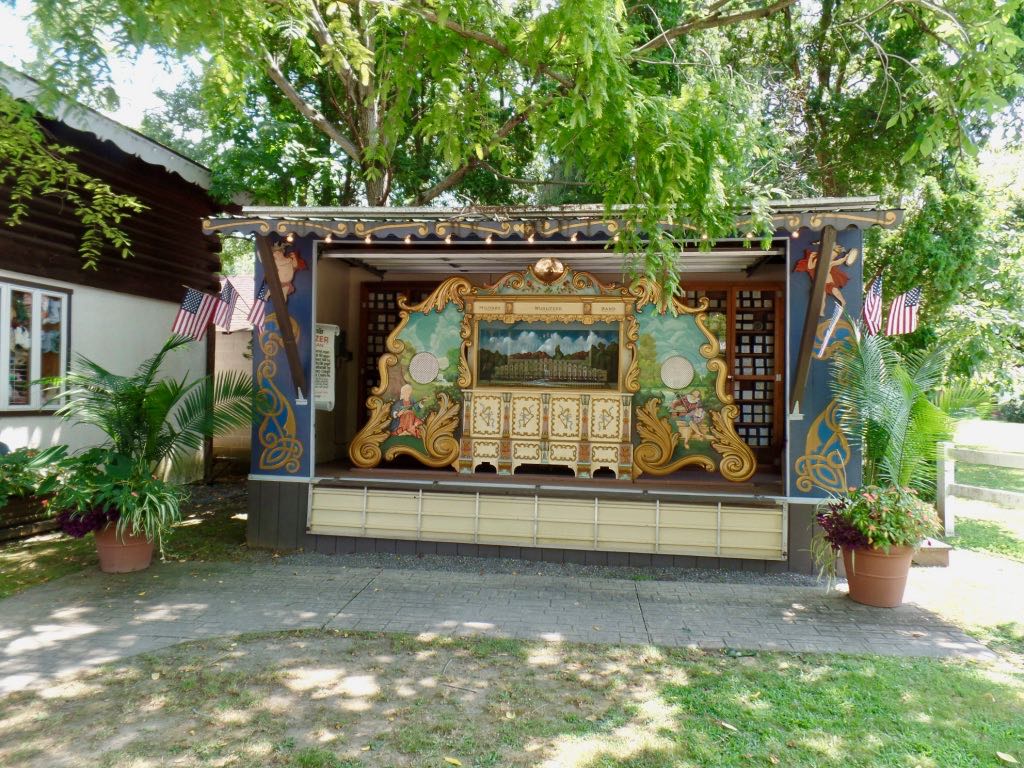 One of Knoebels's several band organs, this one not even attached to a particular ride. 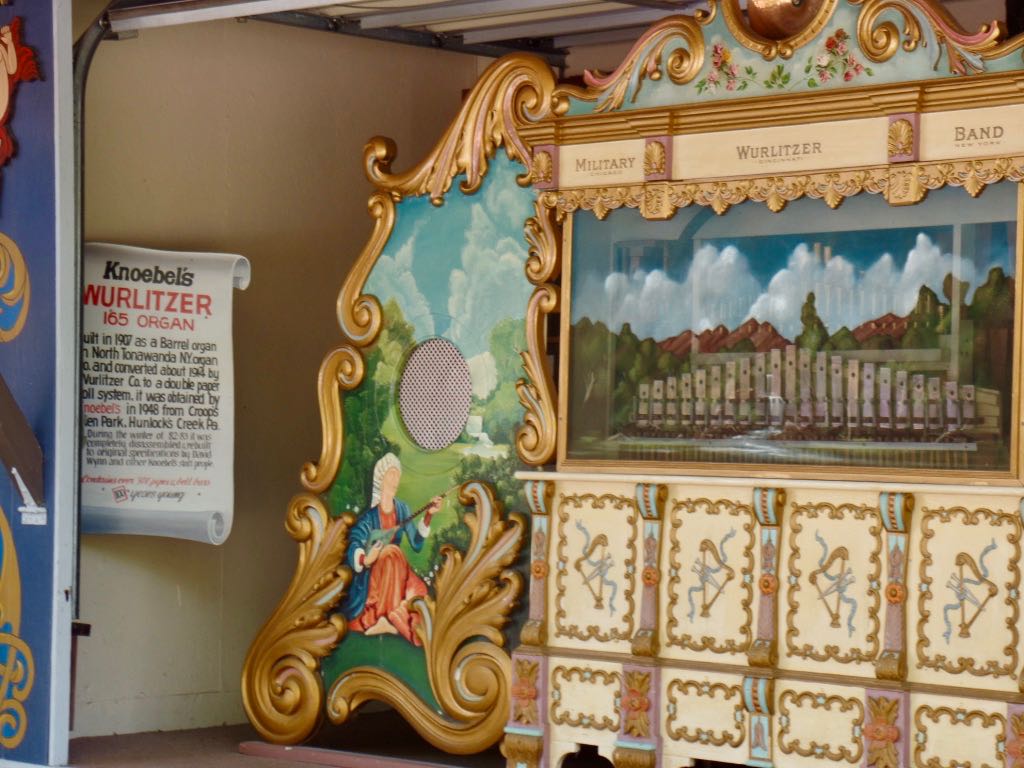 Hey, a Wurlitzer from North Tonawanda, New York! We know something about those now! 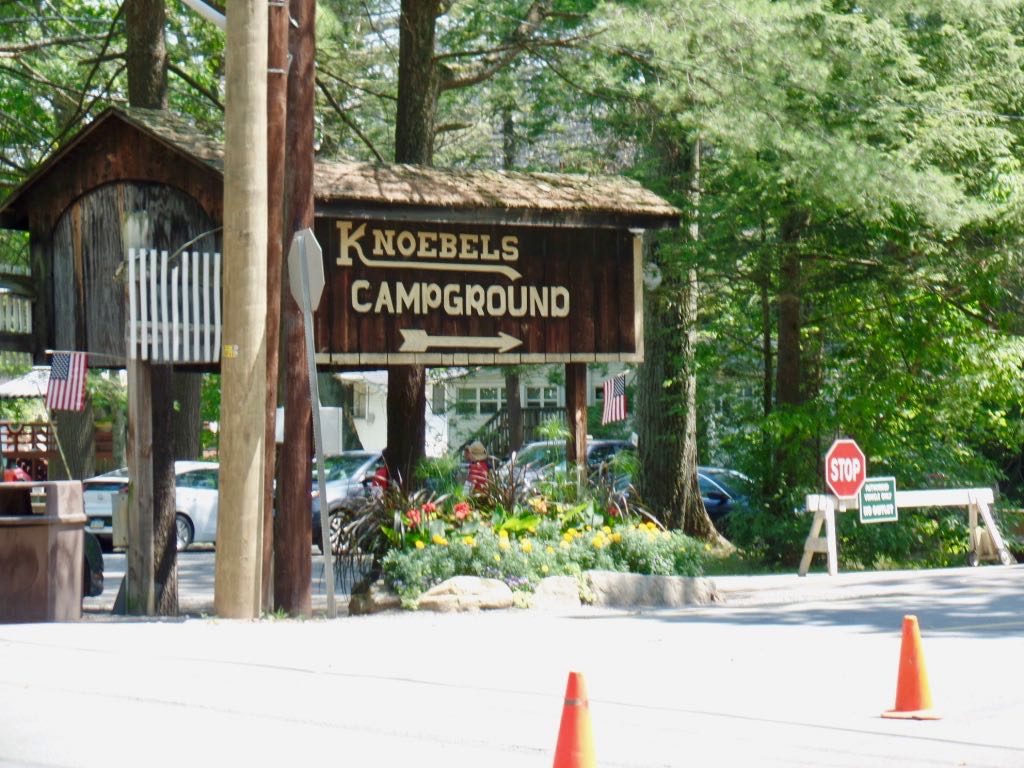 Knoebels is also a campground and quite popular for it, and it would be pretty nice to just walk over from your tent or RV to the roller coasters and back.

Trivia: Babylonian superstition held that the 7th, 14th, 21st, and 28th days of any month were unlucky, though the 20th day of any month --- the ``49th day'' of the previous month --- was lucky. Source: Mapping Time: The Calendar and its History, EG Richards.

PS: Another person's words about Otto Neugebauer, a quick heads-up about a person acting in admirable ways. To mention the Babylonians; a lot of what we know about Babylonian math we can thank Neugebauer for.