Sunday we had visitors.

bunny_hugger's parents came to complete our big exterior household chore, that of re-hanging the flowerbox. Her father had been very good for months about trusting we would be ready in time, but finally asked about it as we were in the middle of priming and painting the area where the box goes. The major work that he wanted to help with was hanging the eight brackets which will hold up our surprisingly heavy flowerbox. Brought his own power drill and everything for it.

So he, really, had it all in hand. I stood by in case I might help, although the only thing I did was mention how the brackets had to be not-quite-uniform since there's this nice spiral decoration welded to the front of the box. I figured he had accounted for that already, but he later said he hadn't.

This took only about an hour's work, and we spent another hour in the backyard, eating potato chips and dip and watching squirrels at work. Also our goldfish. This was surely the last chance

bunny_hugger's mother will have to see our garden this year and we were glad for the chance to see that. And then, almost before we knew what had happened, they were packing up everything and leaving.

To be done sometime soon, when other chores and weather permit: re-filling the flowerbox. To save weight and improve drainage

bunny_hugger got a box of foam peanuts that'll serve as base. Amazon shipped this bag of foam peanuts inside a box protected by bags of sealed air. Yes, we took a picture of that. There'll also be topsoil and then the snapdragons that have been chilling in flowerpots all year.

Our neighbors to the north, whom we haven't done more than smile and wave at briefly, set some artificial flowers in their flowerbox. This has inspired

bunny_hugger for what to do in the depths of winter when the snapdragons are done and it otherwise just has snow in there. So we owe them some thanks.

Now back to Knoebels, July 2019, and the important thing: their pinball machine. 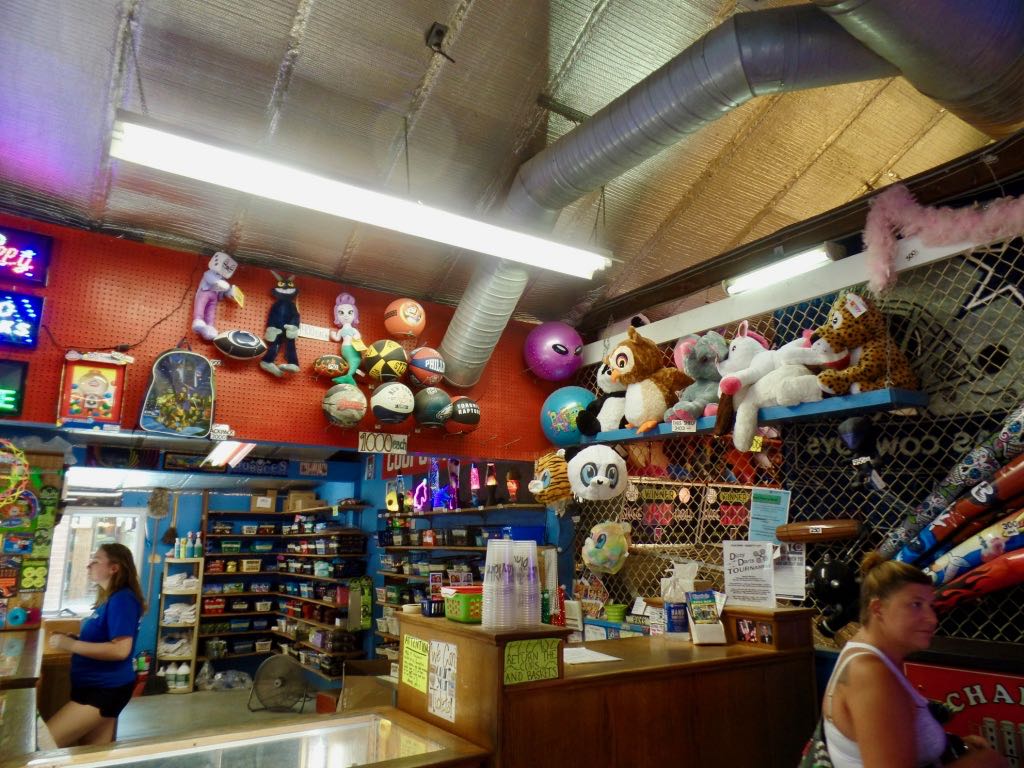 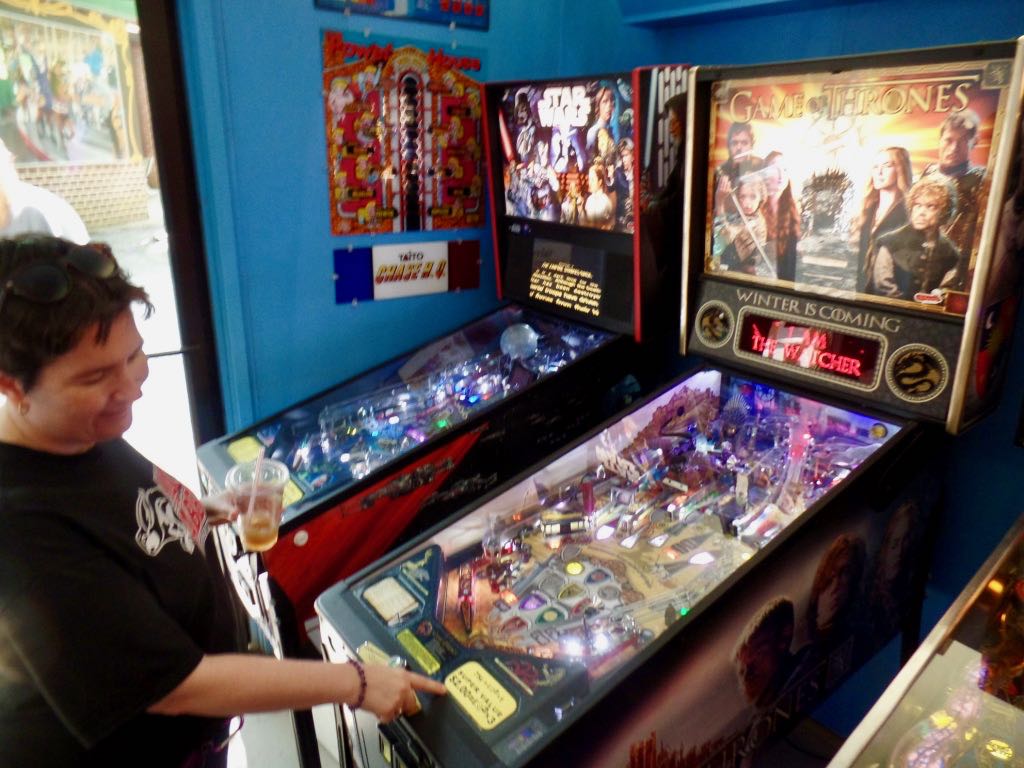 Some of their games! So this is all impressive not just because they had replaced nearly all the games from when we were there last, and replaced them with really good modern tables. But, like, the Game of Thrones here? They had installed the new code update which was less than a week old at that point. That's alert, active maintenance. 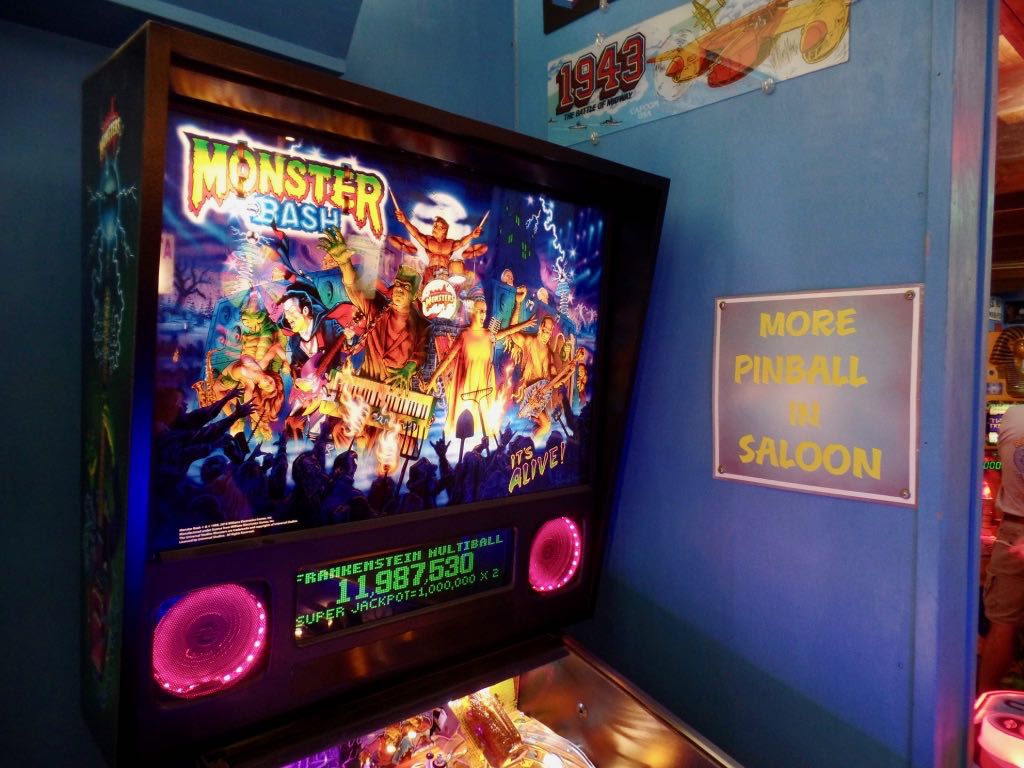 More pinball in saloon, eh? We'll just see about that! 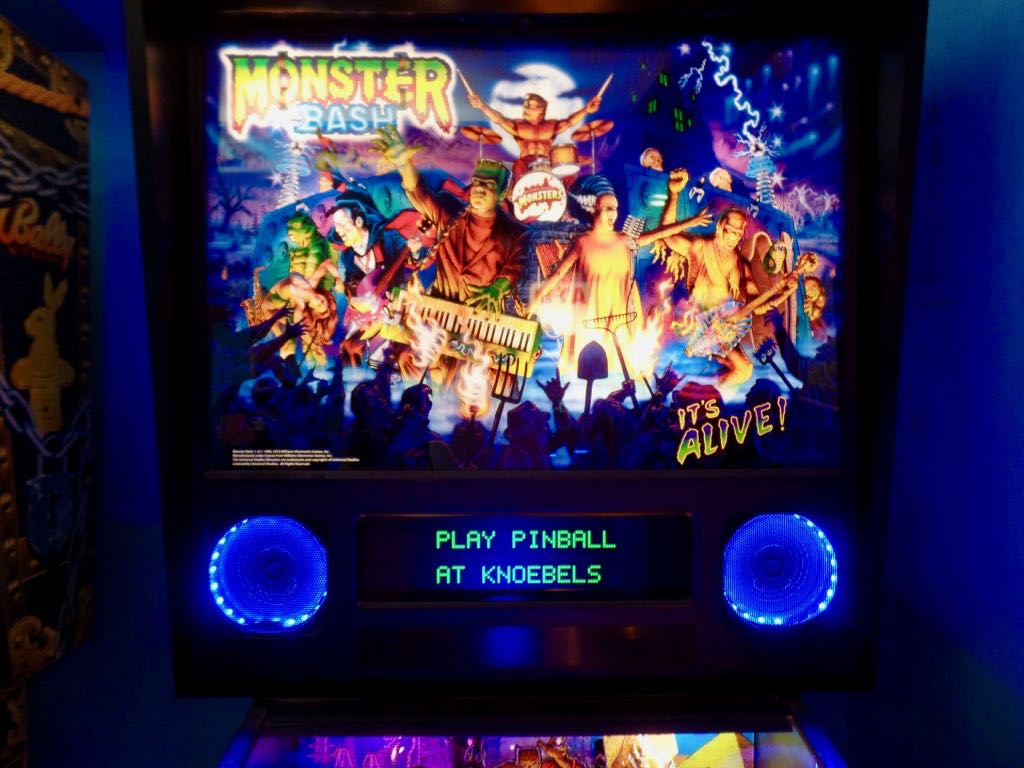 Another bit showing how they care: most pinball games from the 90s on let the operator set messages like this, although it's a pain. So, they bothered! It's worth it to them. 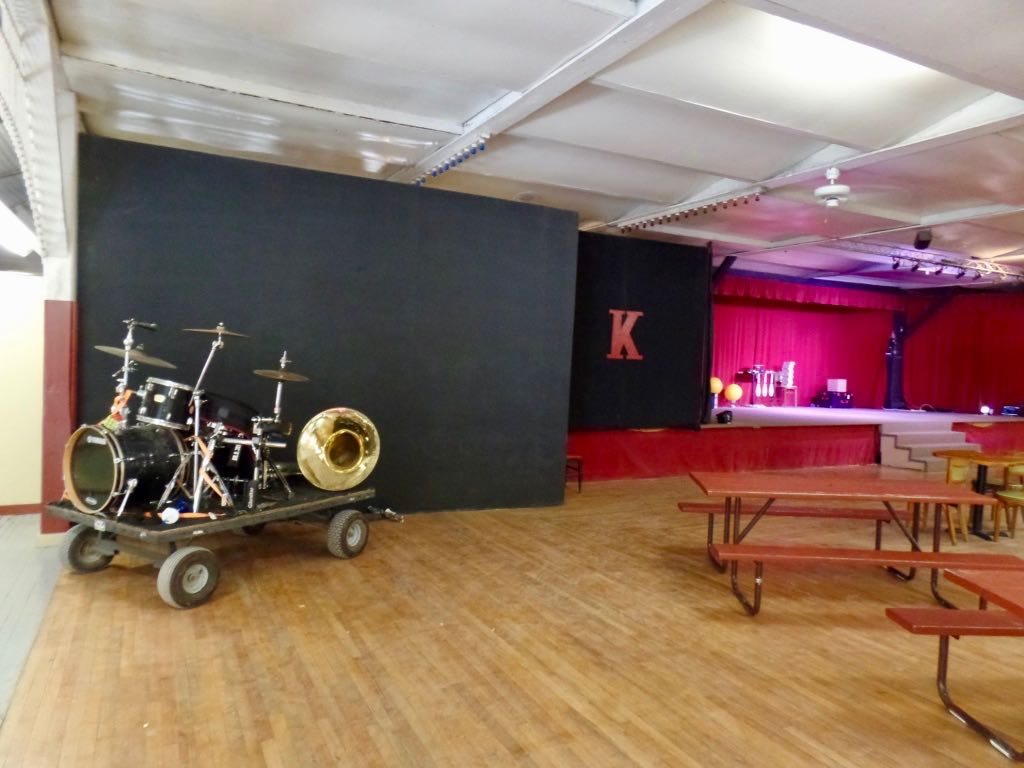 Performance venue, that looks like it's set up for a magician and is getting ready for a band. Part of our search for other pinball in the saloon. 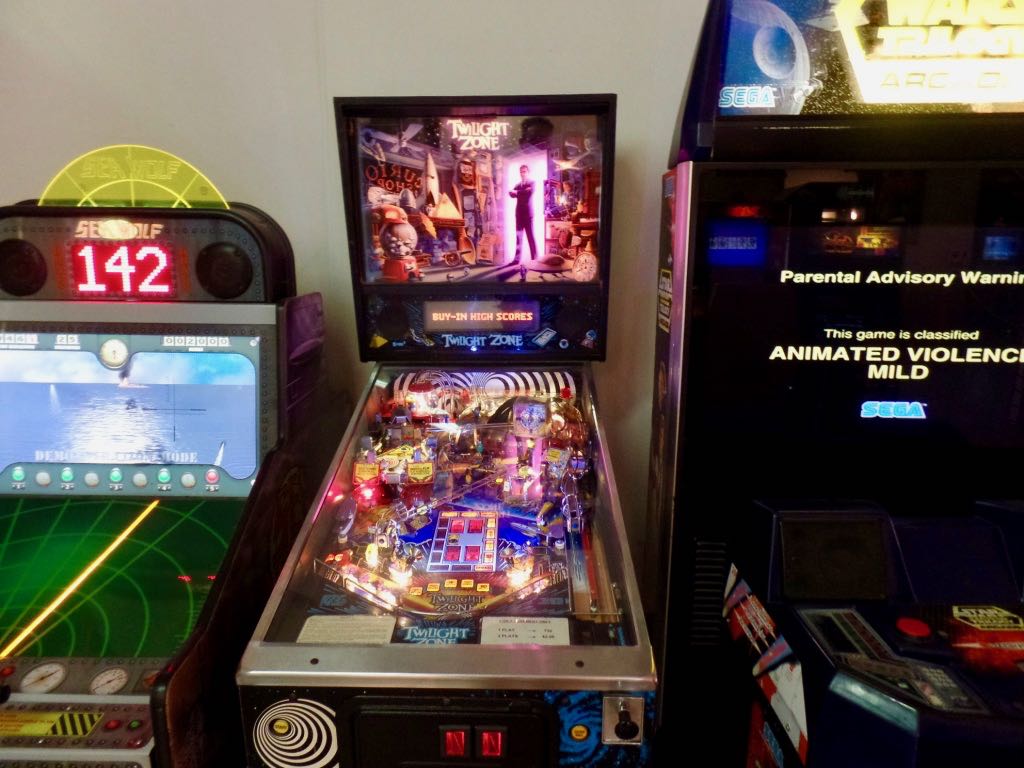 Ah, more pinball indeed! They've got a Twilight Zone and that is an all-time classic game, so, good choice on their part. 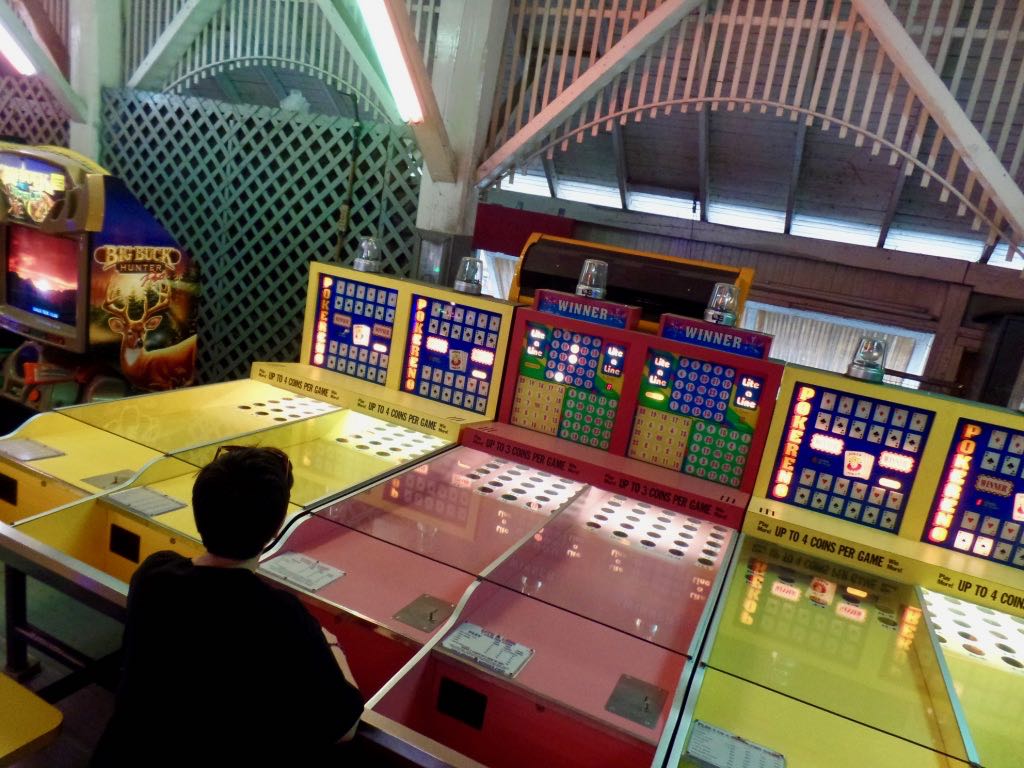 bunny_hugger playing a bit of Lite-A-Line, another bingo-style roll-a-ball game that feels close to Fascination but can be played solo. 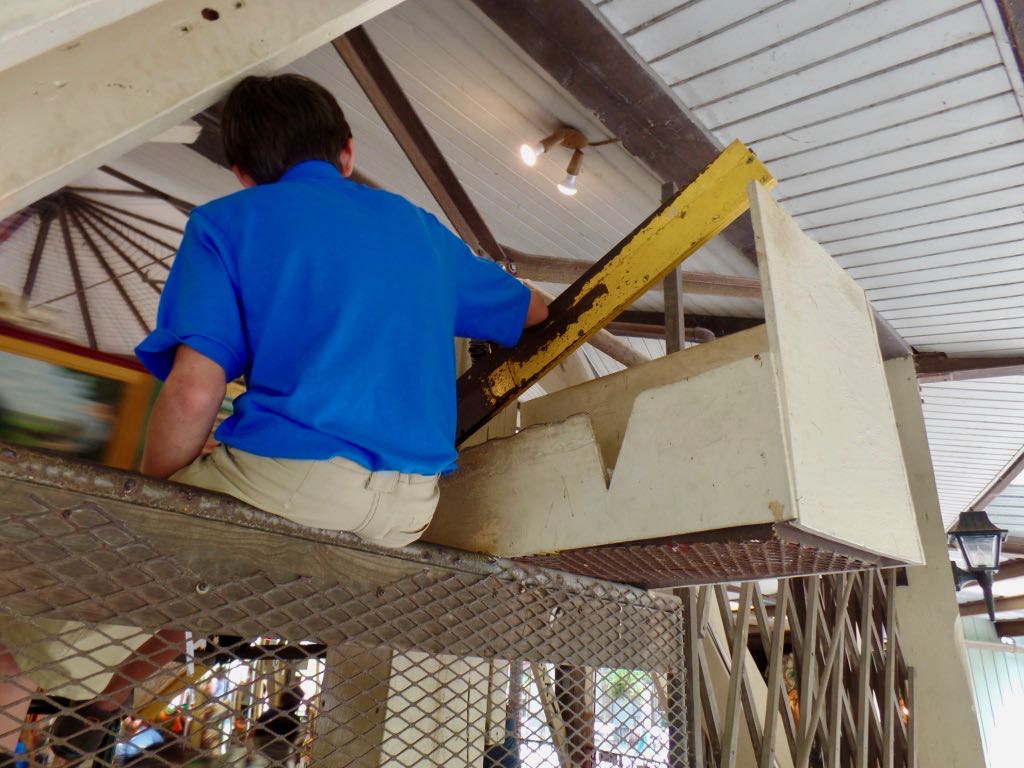 Back to rides! Operator sitting up and setting the brass ring machine for the merry-go-round. It's a long slot that you drop rings into, one of them brass for some lucky outer-row rider. 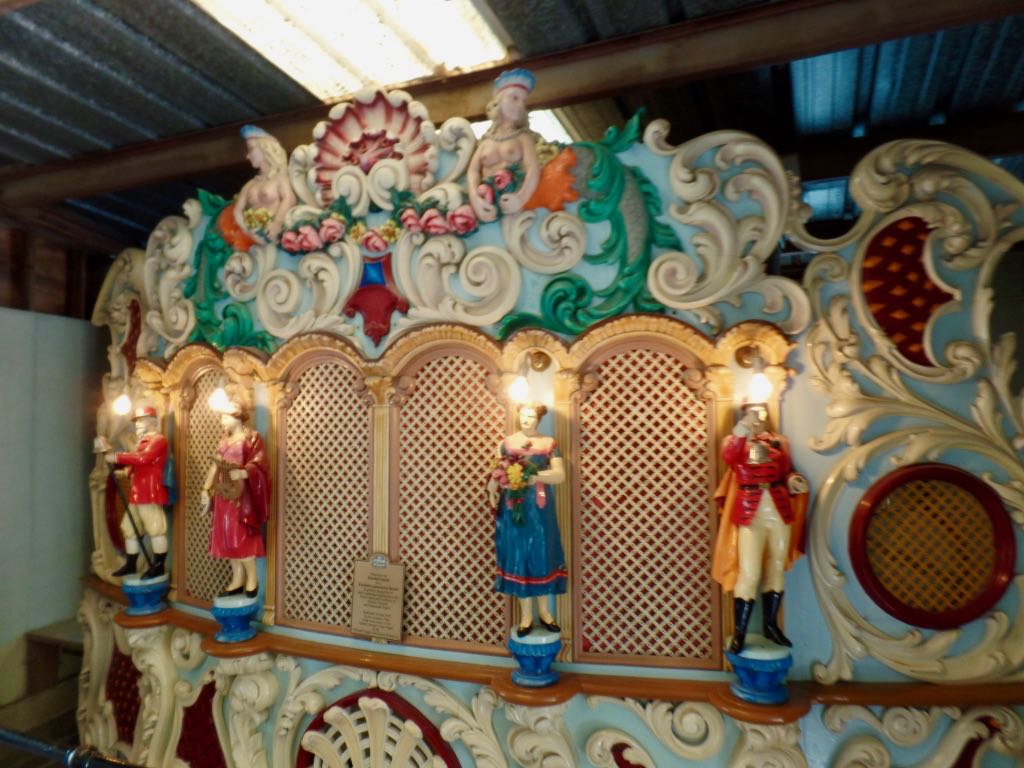 One of the band organs set up by the merry-go-round. I don't think the figures move but could be misremembering. 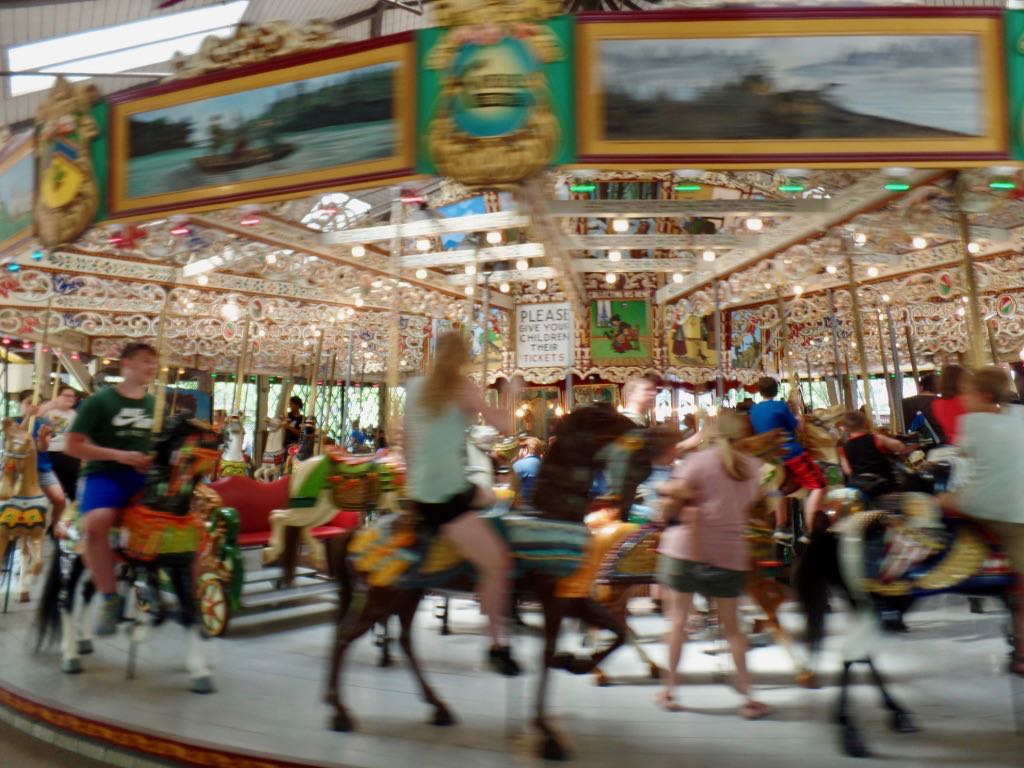 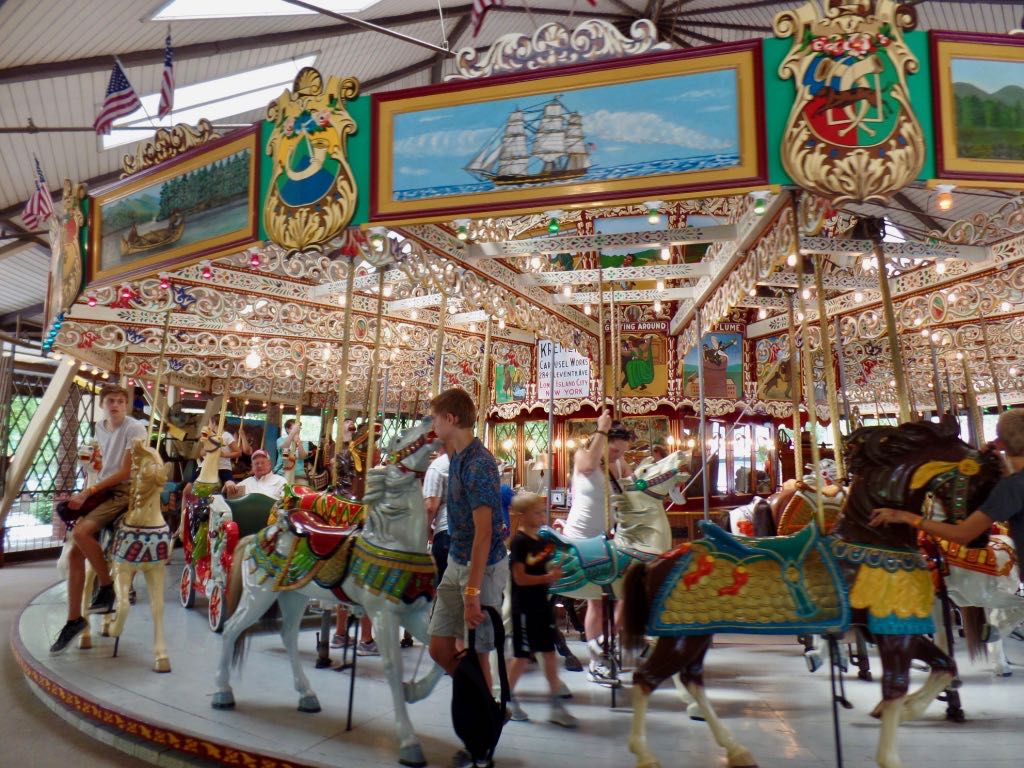 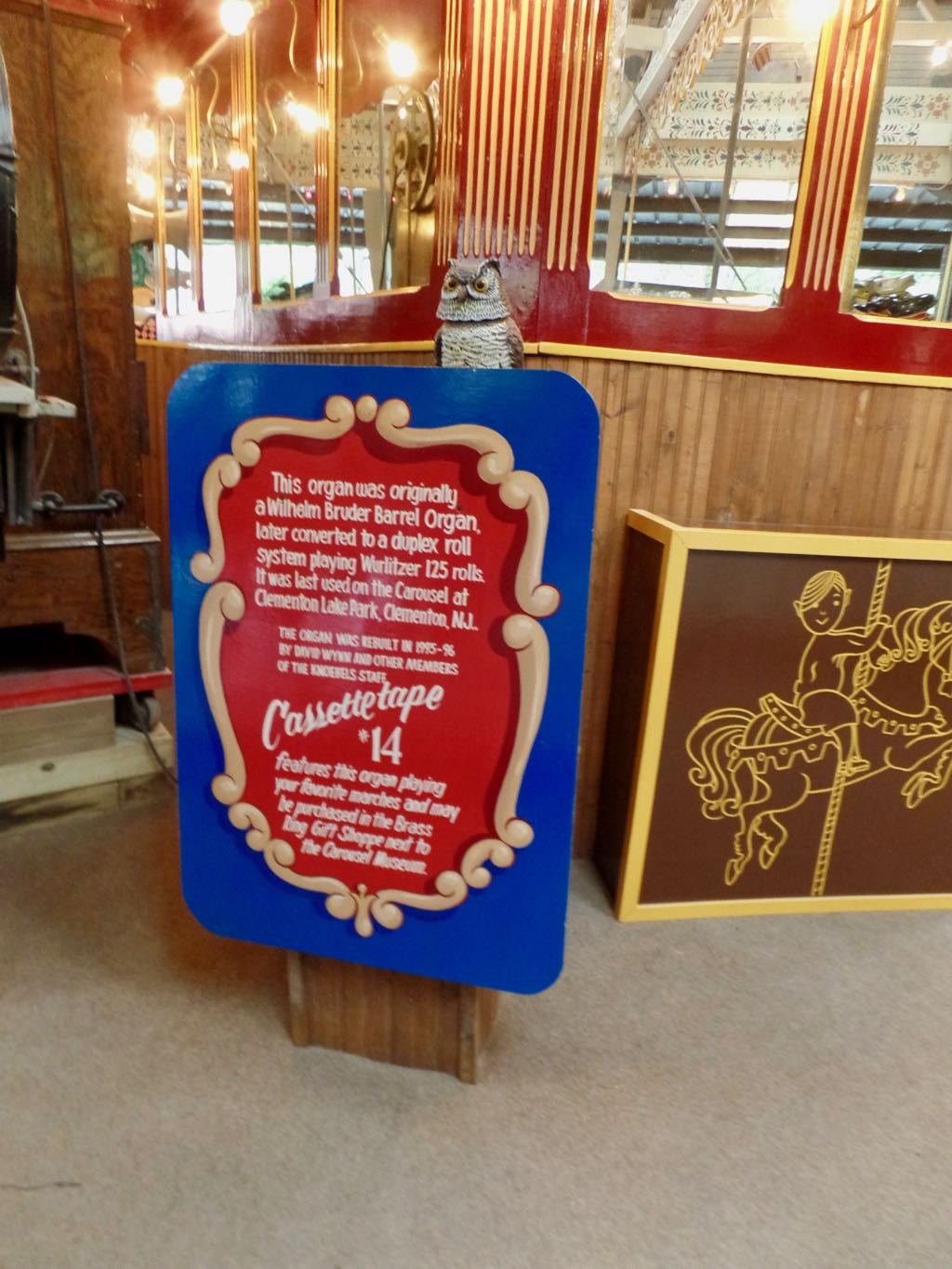 A sign explains one of the other band organs and how it was previously at Clementon Lake Park out in New Jersey. We agreed we needed to get back to Clementon when we saw this, but Clementon announced at the end of 2019 that it would not reopen.

Trivia: Walter Schirra's Mercury capsule was detected from the USS Kearsarge radar station at a range of more than 150 miles, the greatest distance from which American radar had yet detected a reentering spacecraft. Source: Sigma 7: The Six Mercury Orbits of Walter M Schirra Jr, Colin Burgess.