I had my big week for my mathematics blog! Besides the A-to-Z there was the Playful Math Education Blog Carnival. If you didn't have it on your RSS feed already, then please, consider:

In the cartoons this week? 60s Popeye: Popeye Revere, a title that makes me remember the cartoon wrong, which isn't exactly to call it bad but it does have a weird choice at its core.

Back to Knoebels. Let's walk from the Grand Carousel to the back of the park. 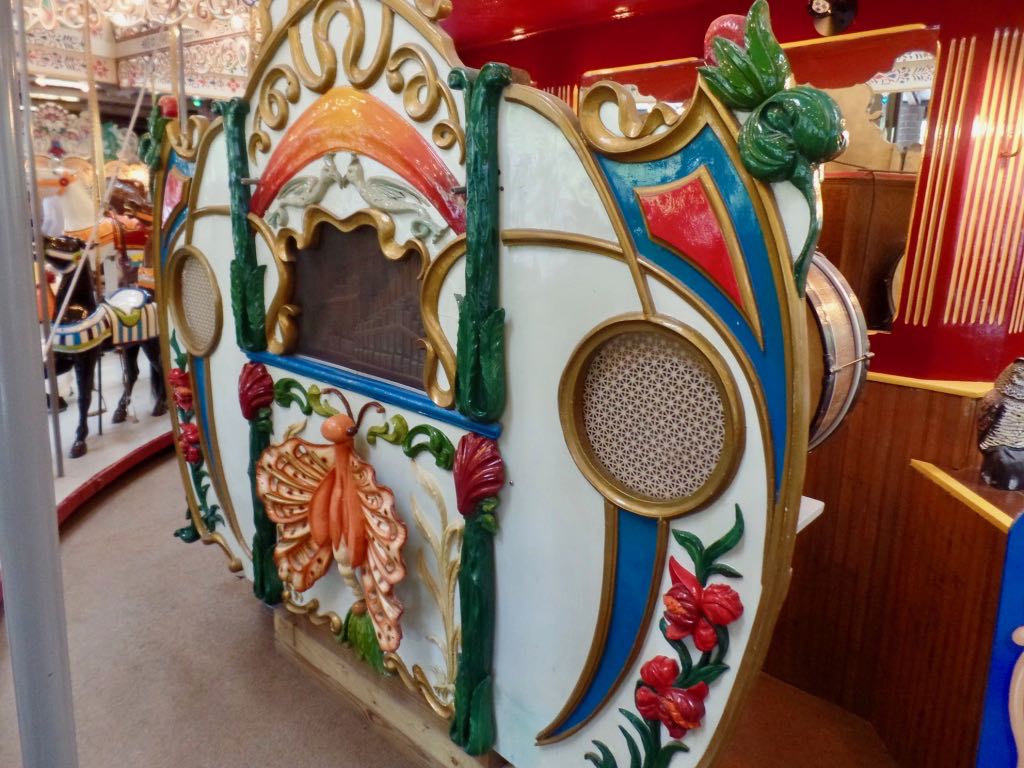 The band organ at the center of the merry-go-round. 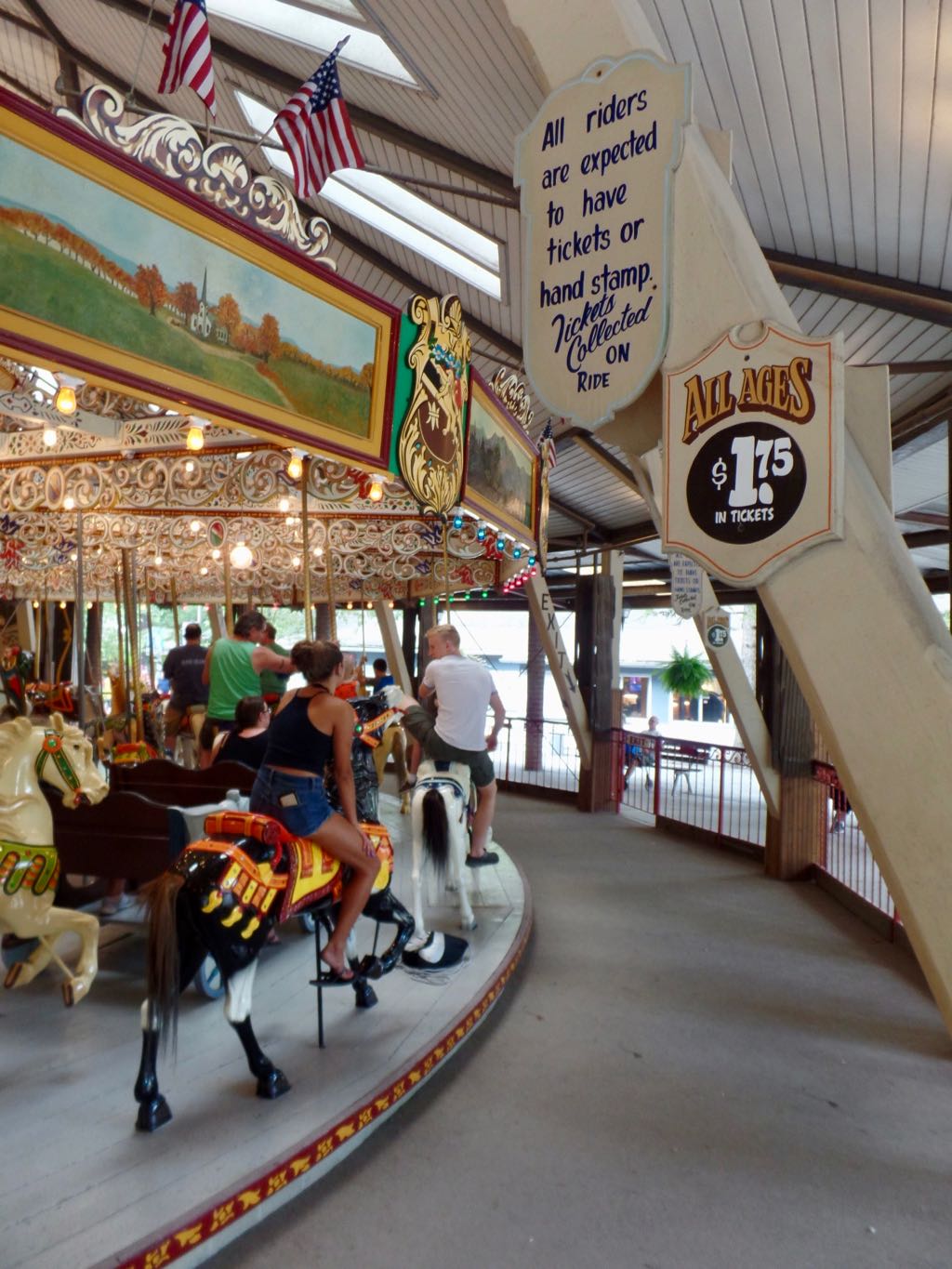 The signs giving the merry-go-round's price and the warning that they collect the tickets on the ride, the old-fashioned way. 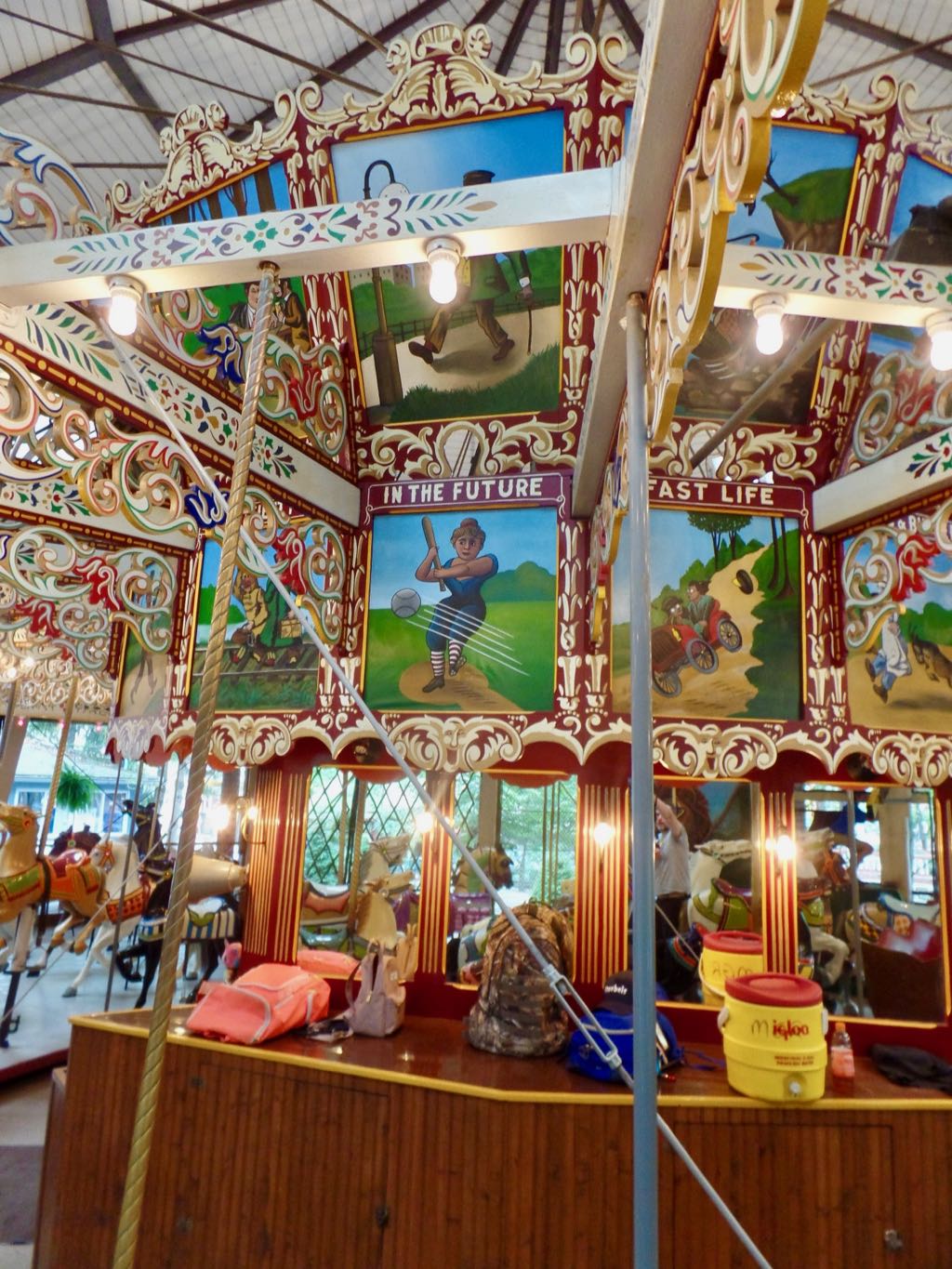 View of the center of the carousel. There's comical life scenes on the boards there. 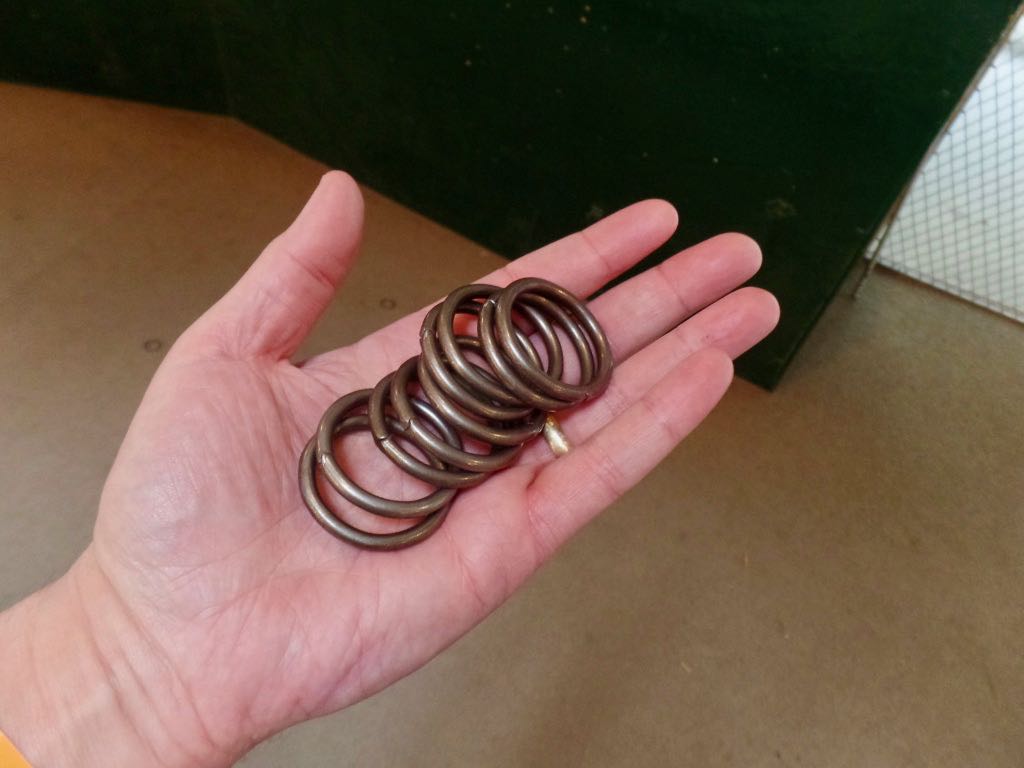 My bounty! Nine steel rings, which doesn't get me anything. You get around nine to eleven chances to grab a ring at all during the ride so I was doing well at yanking them. 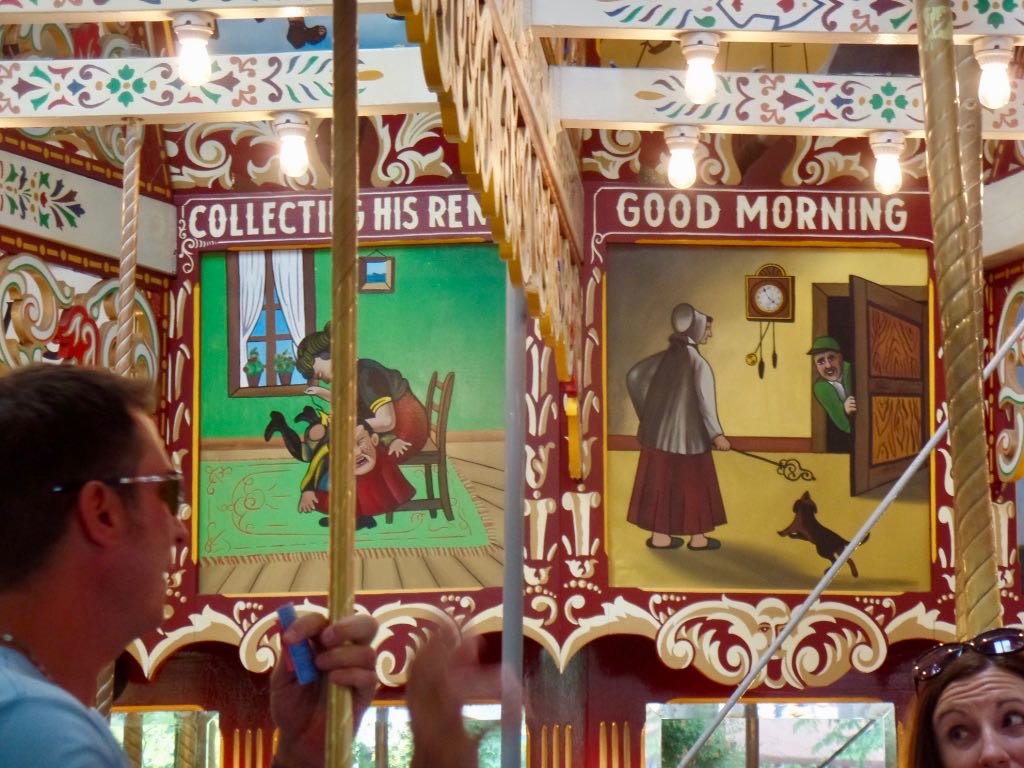 Looking at the comic panels for Collecting His Rent and for Good Morning. The styling of all this makes the art look old, but it is in really good shape and, like, the shading on Good Morning is amazingly smooth. 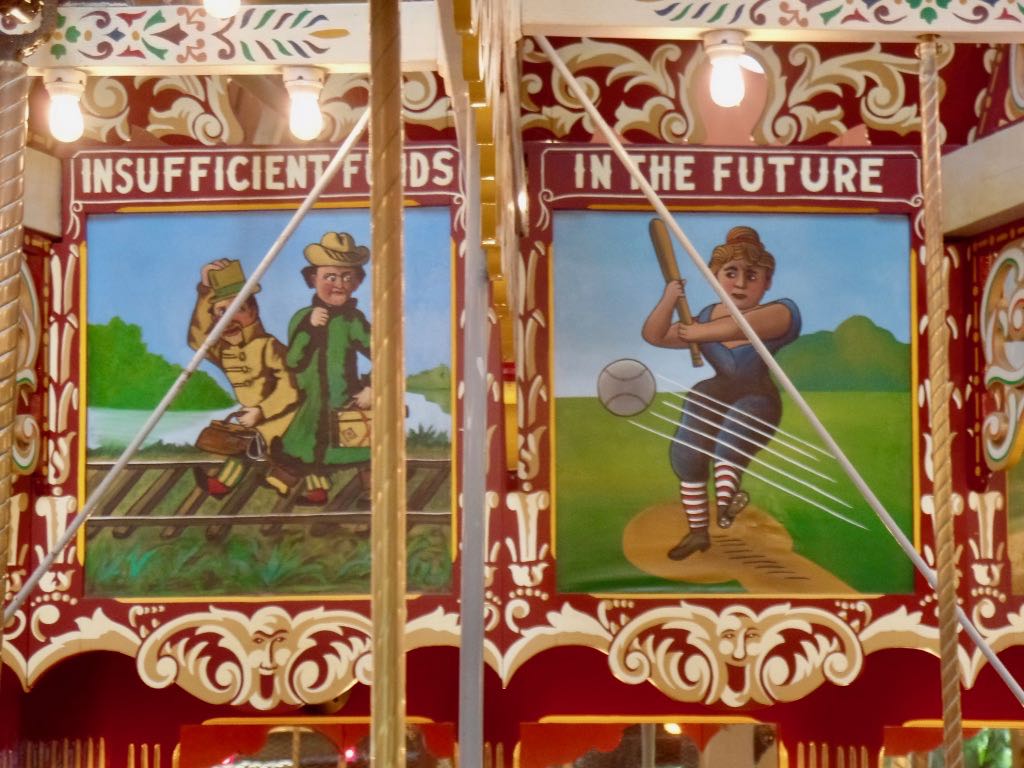 Insufficient Funds is a clever even picture and a spot of hobo art. But ha ha ha, in the future baseball will get played by women folk! Haw! 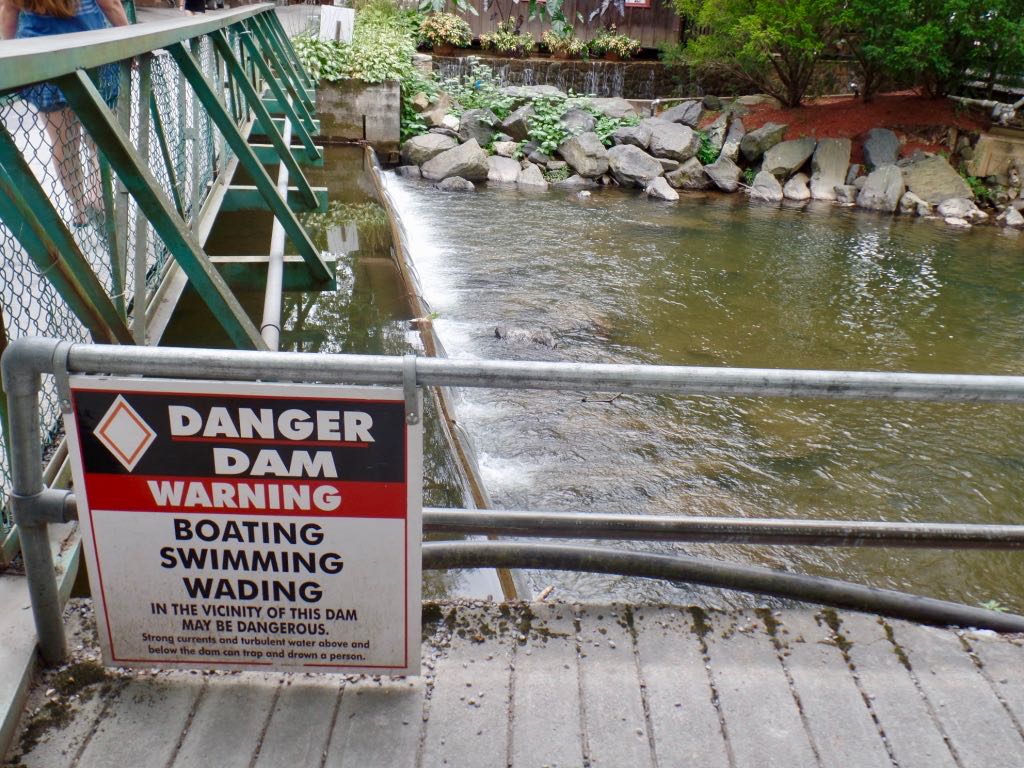 Small dam in one of the creeks, near the merry-go-round. 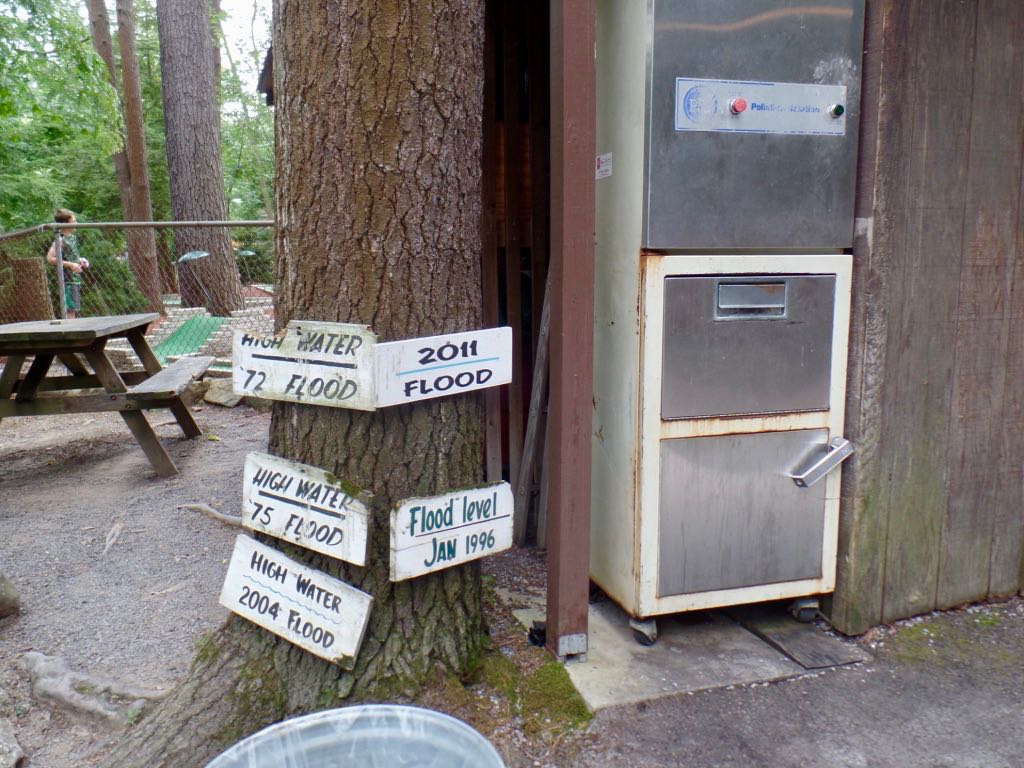 ... You know, maybe they should have built the park five feet uphill instead? Just a thought. 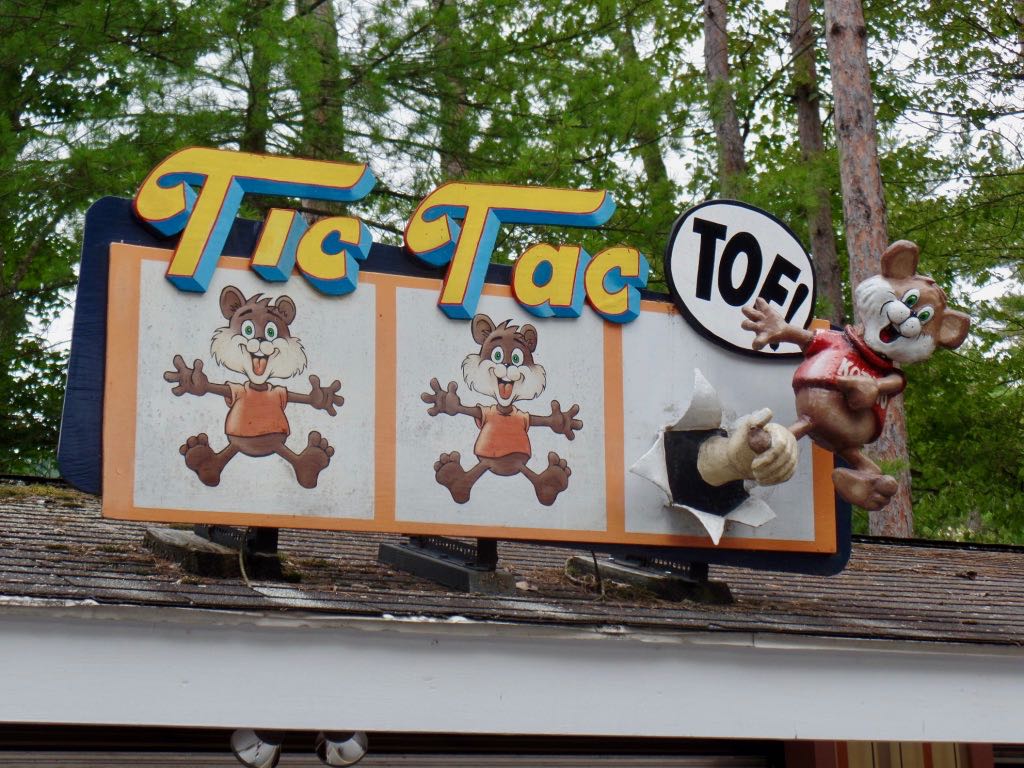 Kozmo Chipmunk in a suddenly three-dimensional sign for the Tic Tac Toe hanky-pank. 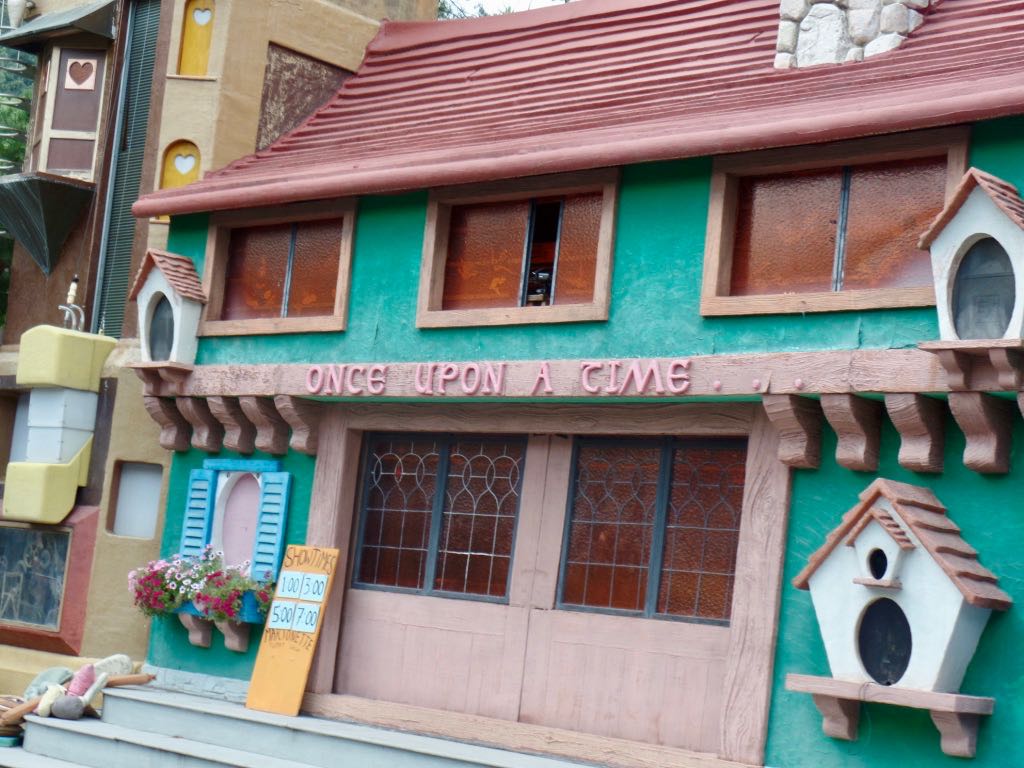 Performance stage for the children's show. Looks like they also have a marionette show sometimes. 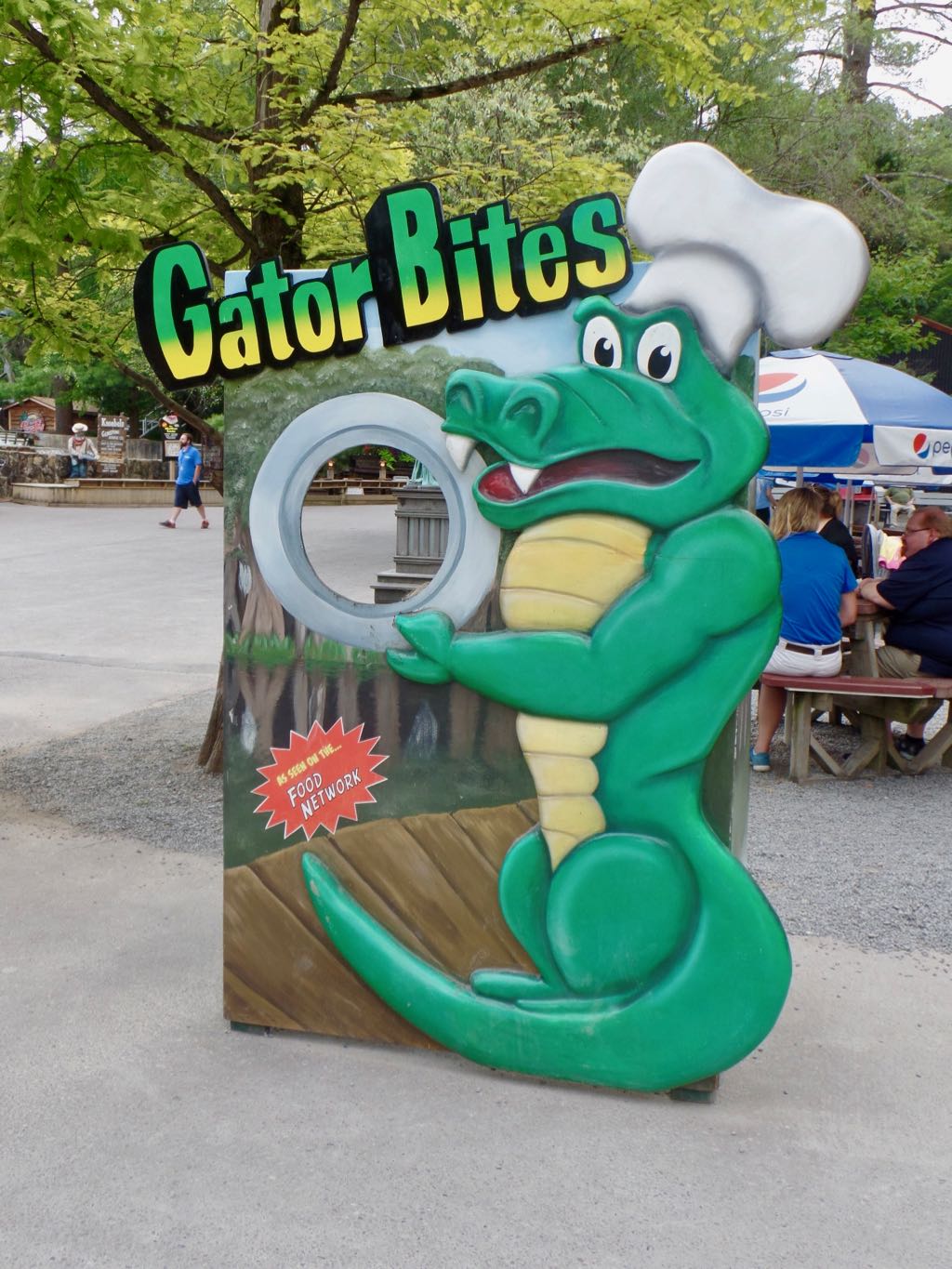 Legitimately do not know if Gator Bites here was actually featured on Food Network for something or other or whether it's just some ballyhoo. 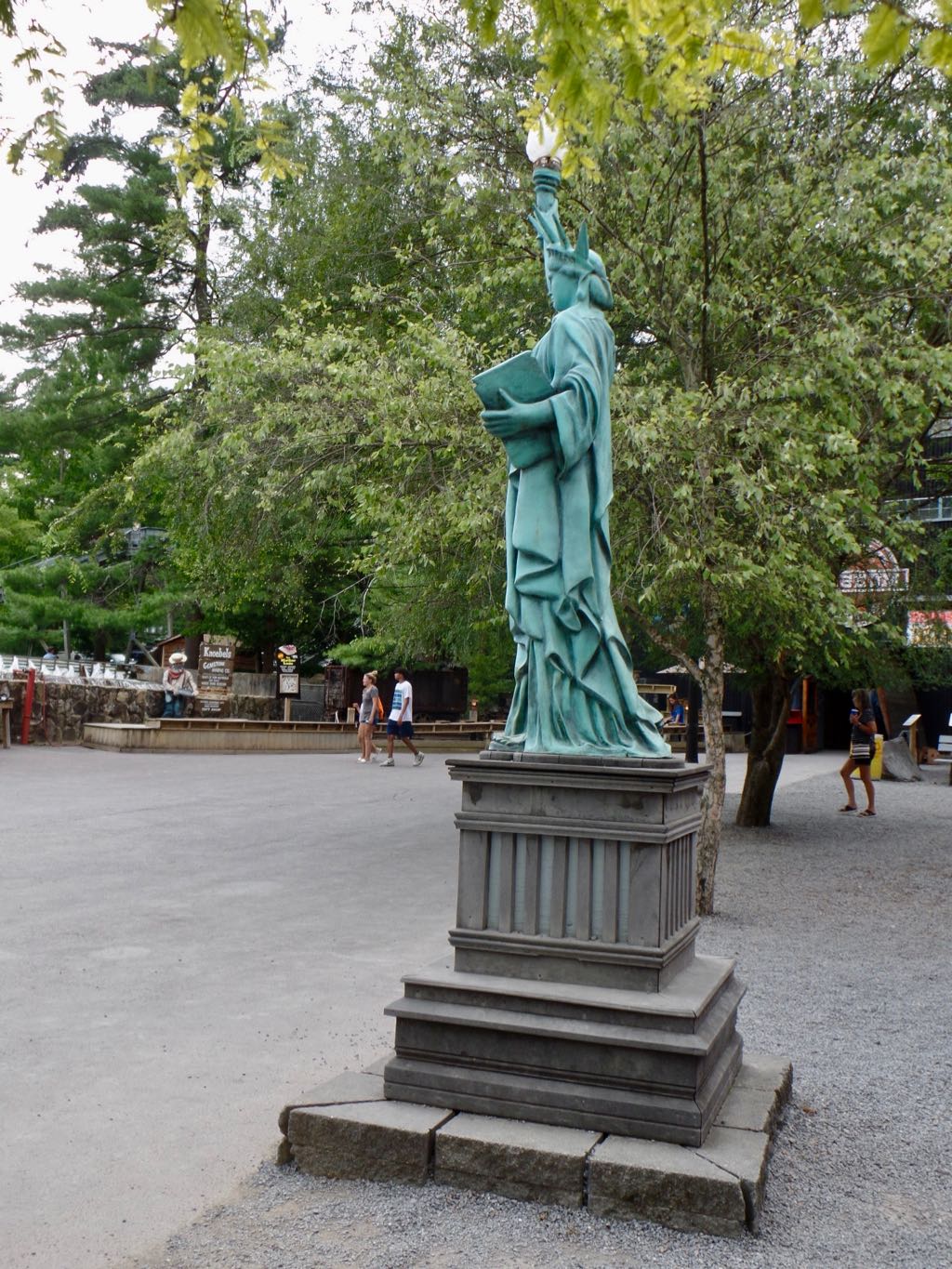 Side view of the Statue of Liberty who guards the entrance to the International Food Court.

Trivia: Grindavik, Iceland, was established as a fishing station by 910; a thousand years later it was still used for launching cod-fishing boats. Source: Cod: A Biography of the Fish That Changed The World, Mark Kurlansky.