Had my first day of the jury duty obligation. This meant calling between 9:15 and 9:30 am to find out if they needed me downtown at 10:15 am. The scheme is pretty bad and we had thought they were going to change it to the reasonable ``call the night before''. Well, they apparently didn't need me today since the recorded message, through to 9:30, was just that the court was not hearing cases in September and everyone's jury duty obligations were cancelled. Which, all right, but this is not technically speaking September anymore. We will see tomorrow and I'm hoping for the news that there's no cases being heard in October either. But who can say? They need to have trials sometime.

From the pages of my mathematics blog? Using my A to Z Archives: Platonic Solid gets some new attention. Please, enjoy.

How about more Knoebels, then? We get to the last of the non-kiddie roller coasters and then start a second round. 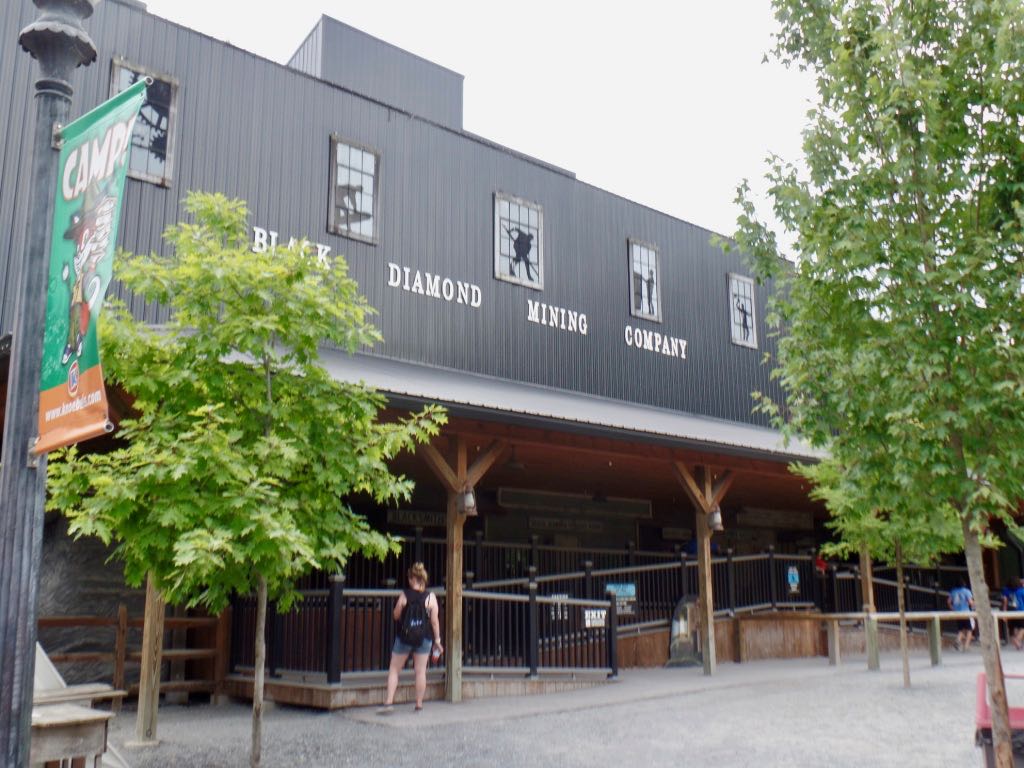 Black Diamond Mining Company's the indoor dark ride and arguably roller coaster at the back of the park. (I think it's got enough coasting elements). The ride used to be a gold-rush-themed dark ride at Morey's Piers in Wildwood and Knoebels went and saved that too, but rethemed it to the coal-mining industry, including elements of Centralia, which is in the area. 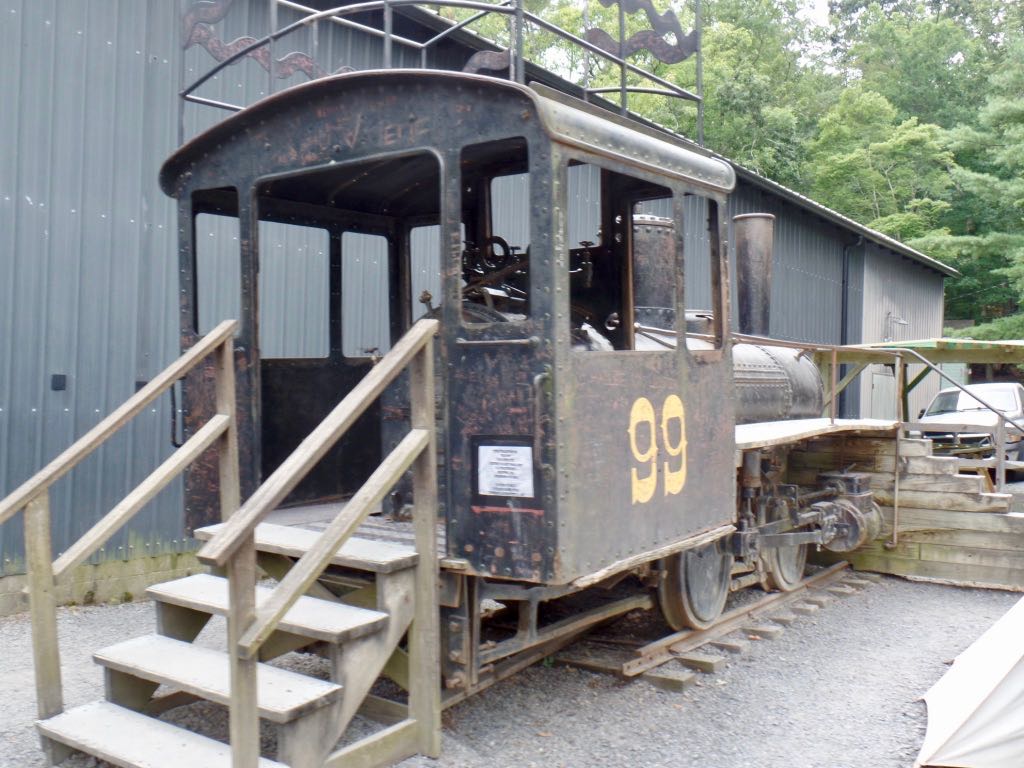 A train engine that you can just play on. I don't know whether it was originally a working train but it would be very Knoebels if it were. 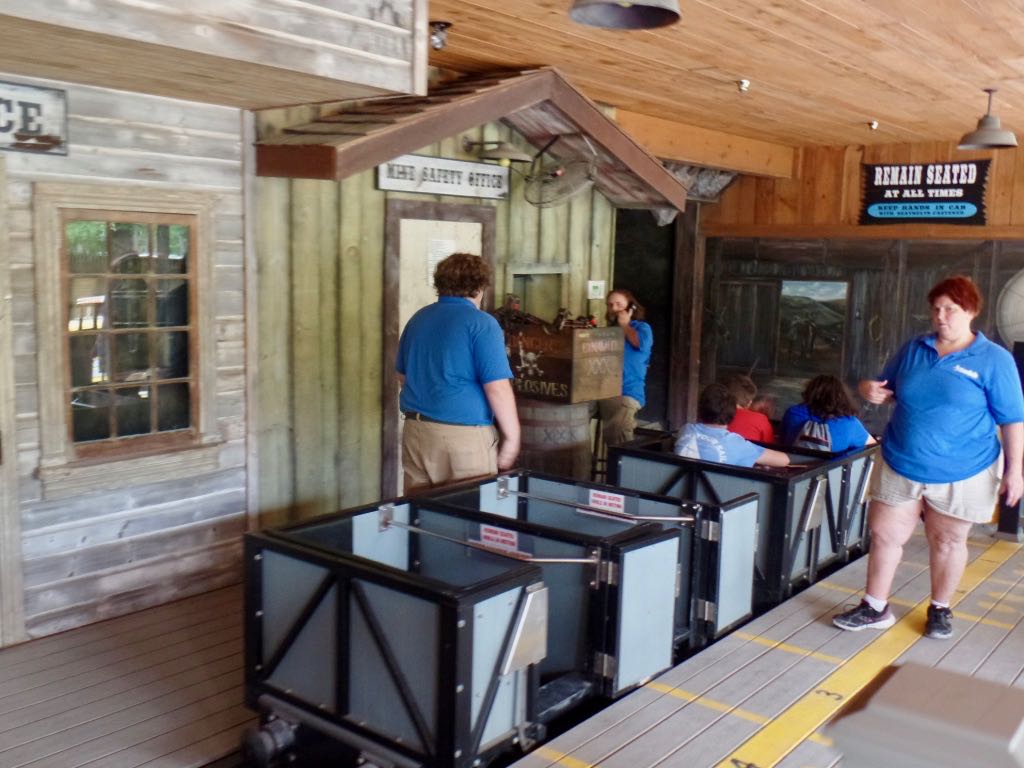 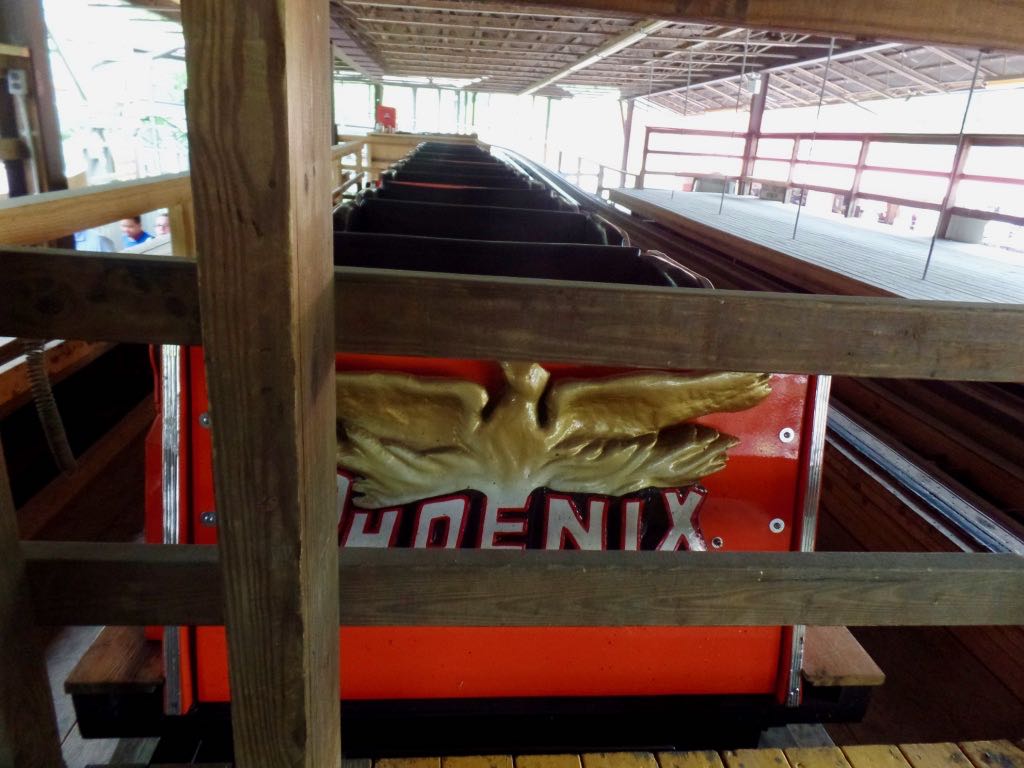 Back to Phoenix! A view of the spare train, ready for when there's more riders. 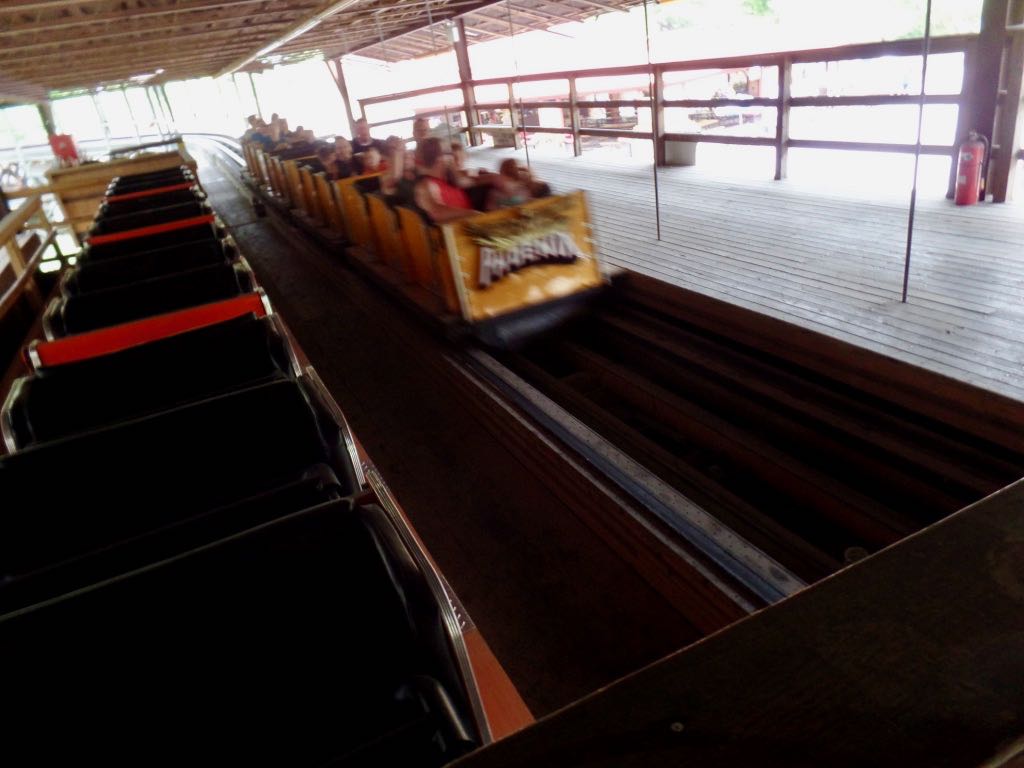 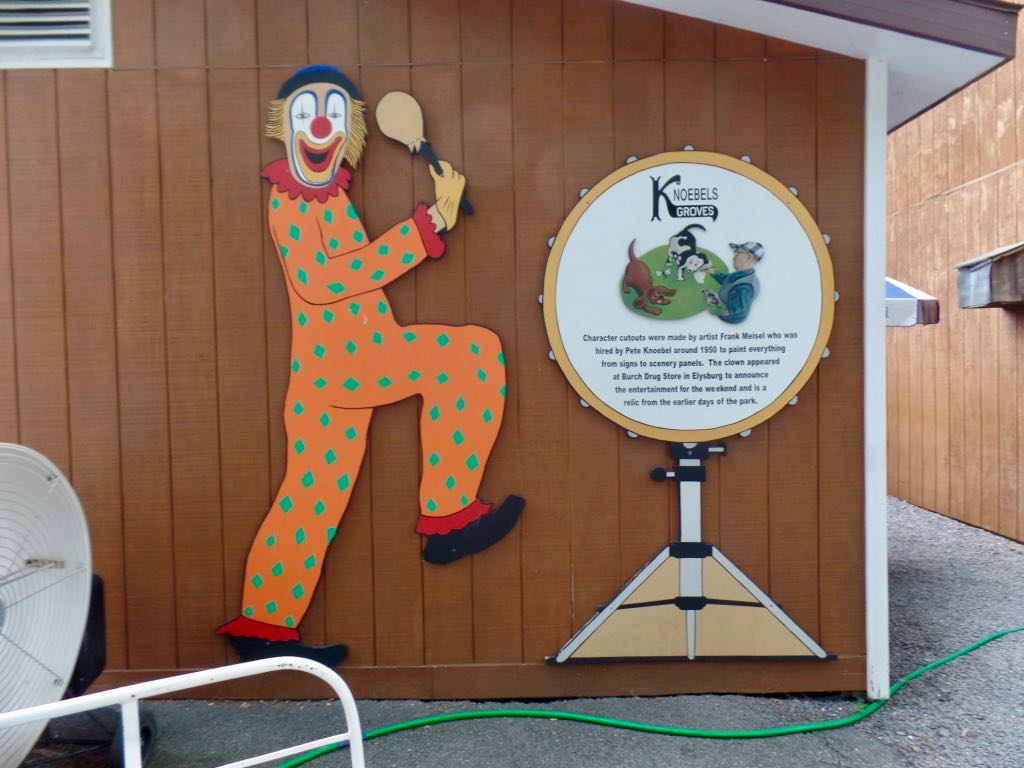 A clown cutout which the sign explains was one that used to be put at the Burch Drug Store in Elysburg to announce the weekend's shows. 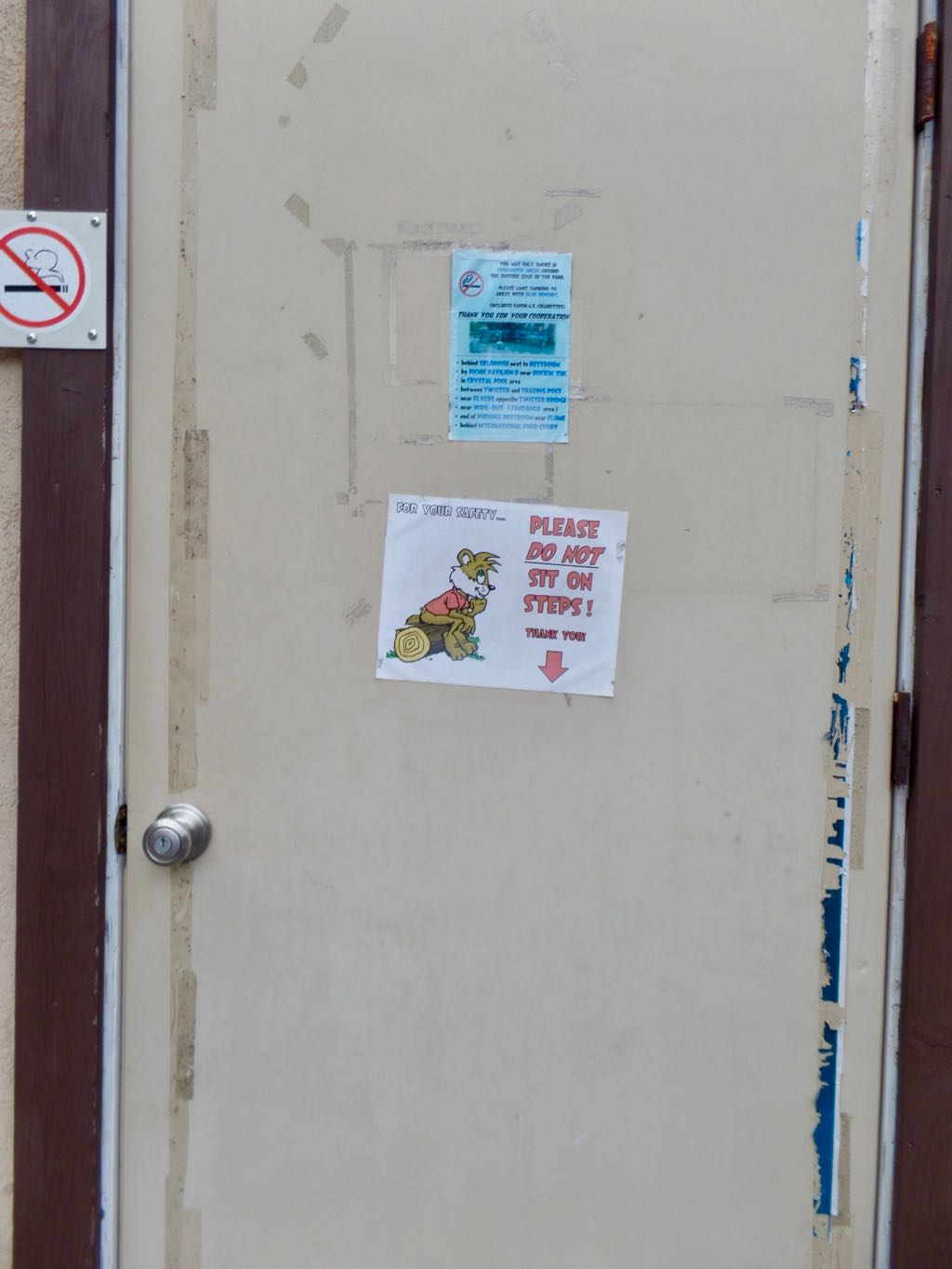 Door leading to some employee-access space, along with a little paper sign of Kozmo sitting with the invitation to please not sit on the steps. Also apparently the space is used as a de facto smoking area since they have hte sign explaining where to find the actual smoking areas. 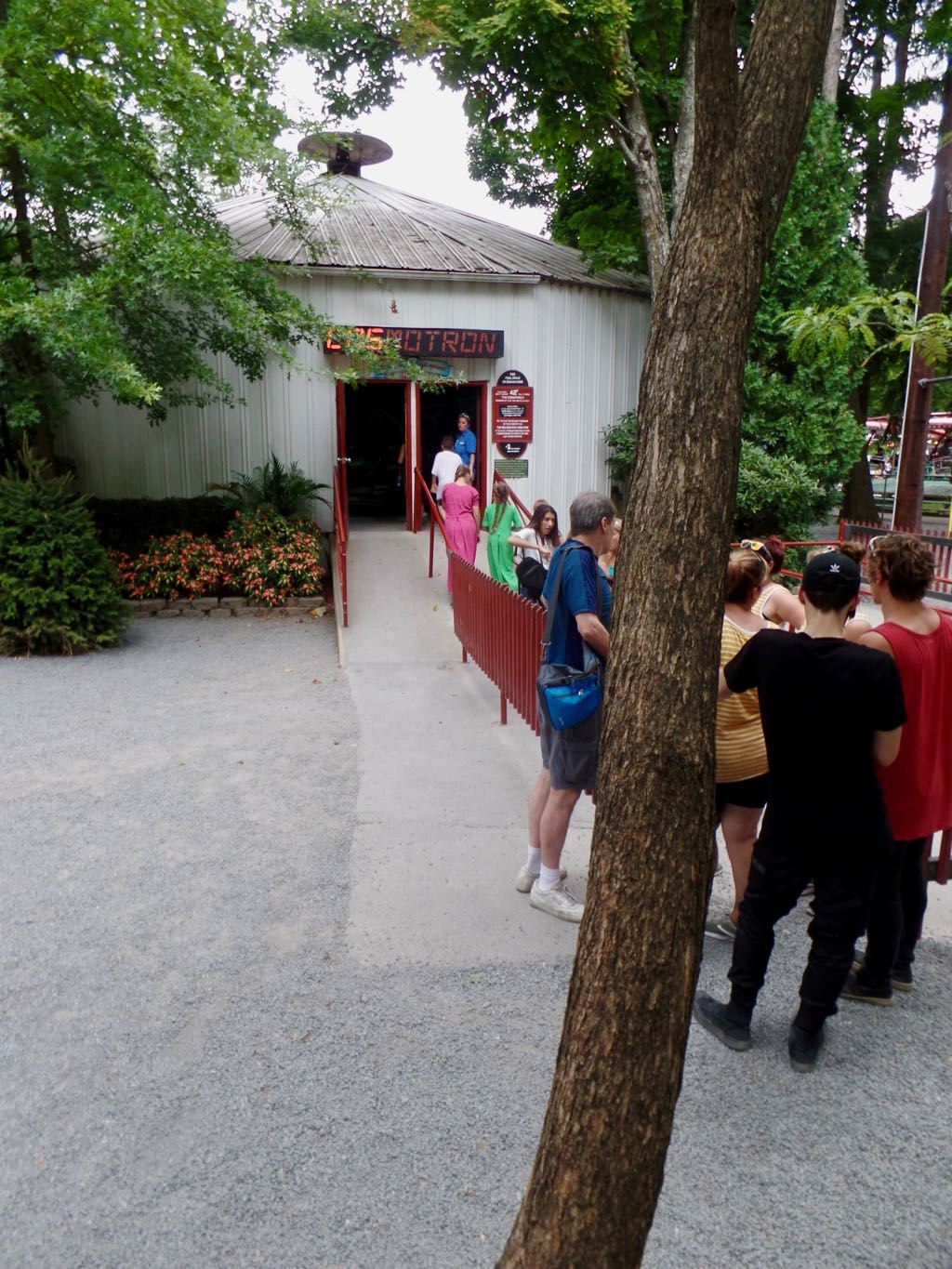 Line outside the Cosmotron, the indoor Caterpillar ride with the music of ELO. Hey, do those clouds look threatening to you at all? 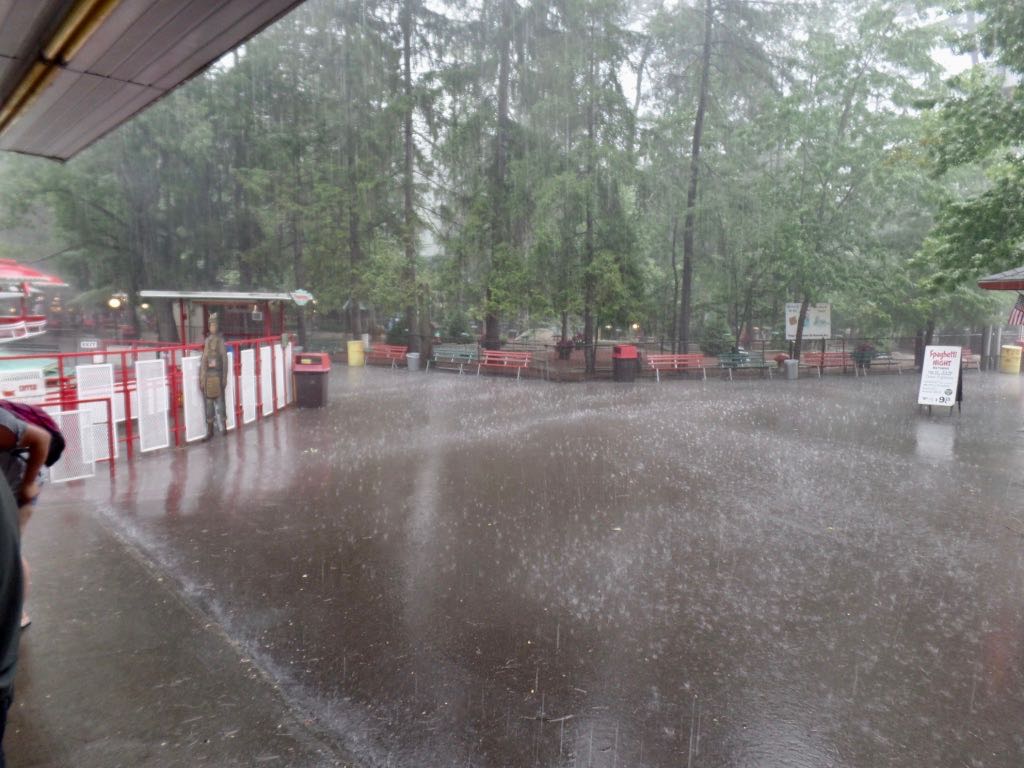 So this is what we emerged into. Glad we had already gone on the log flume! 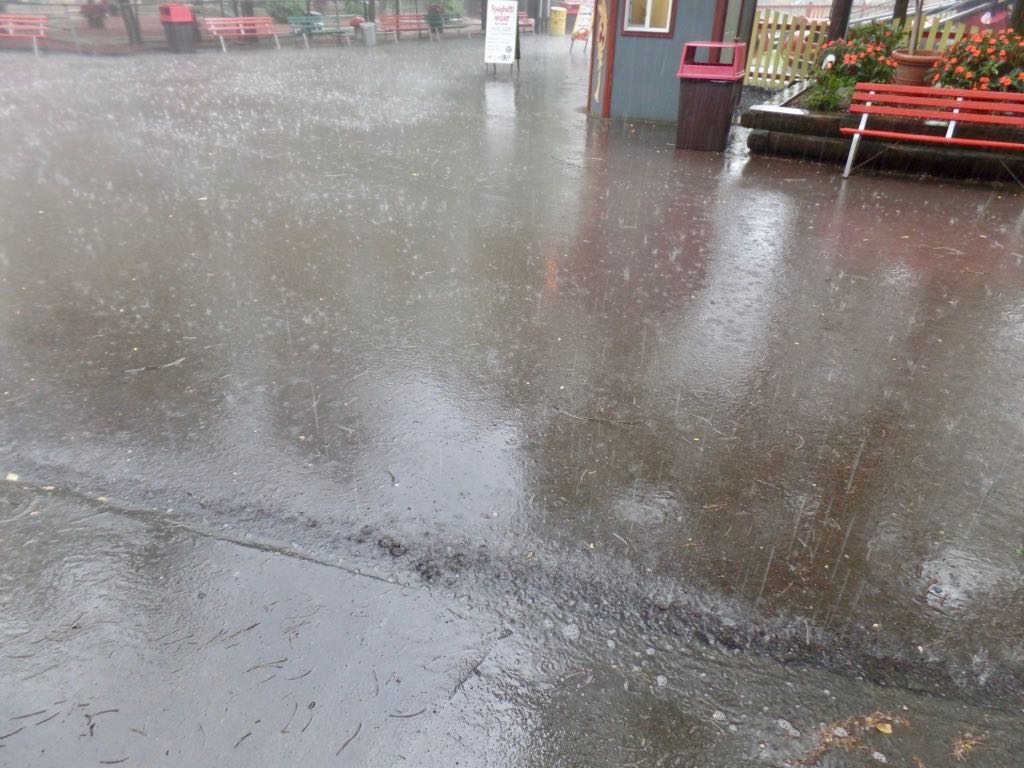 If you look closely you can work out the line of the building overhang that protected us. 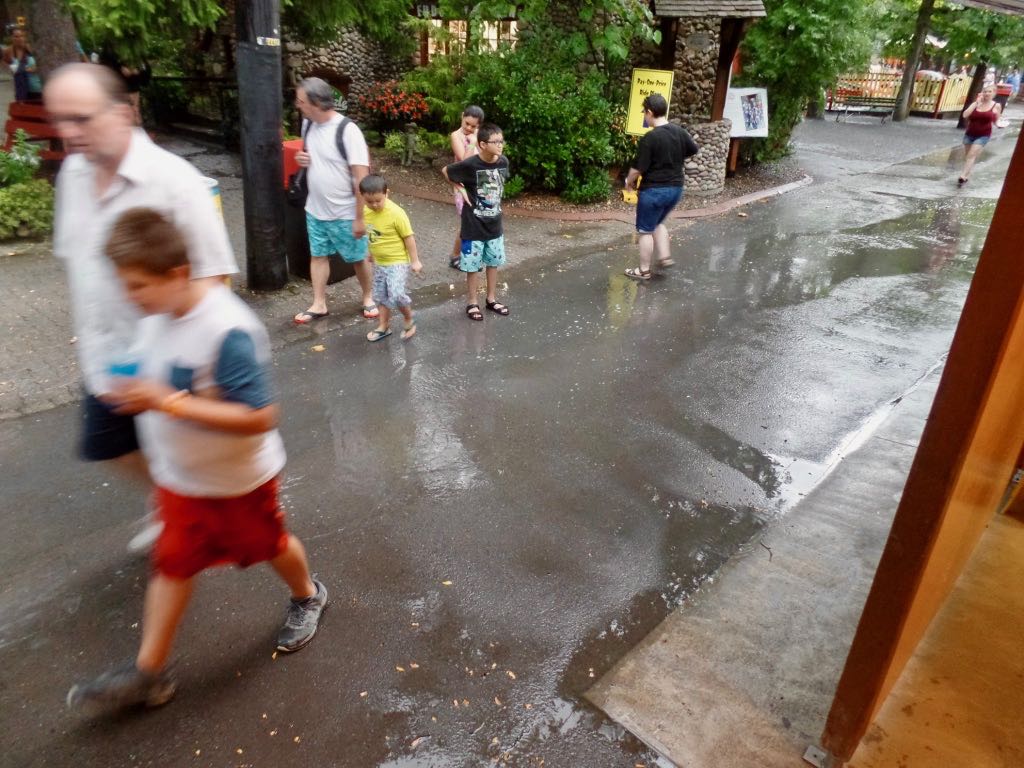 As the rain recedes, some,

bunny_hugger scouts out how bad it would be to get to some new safe point. 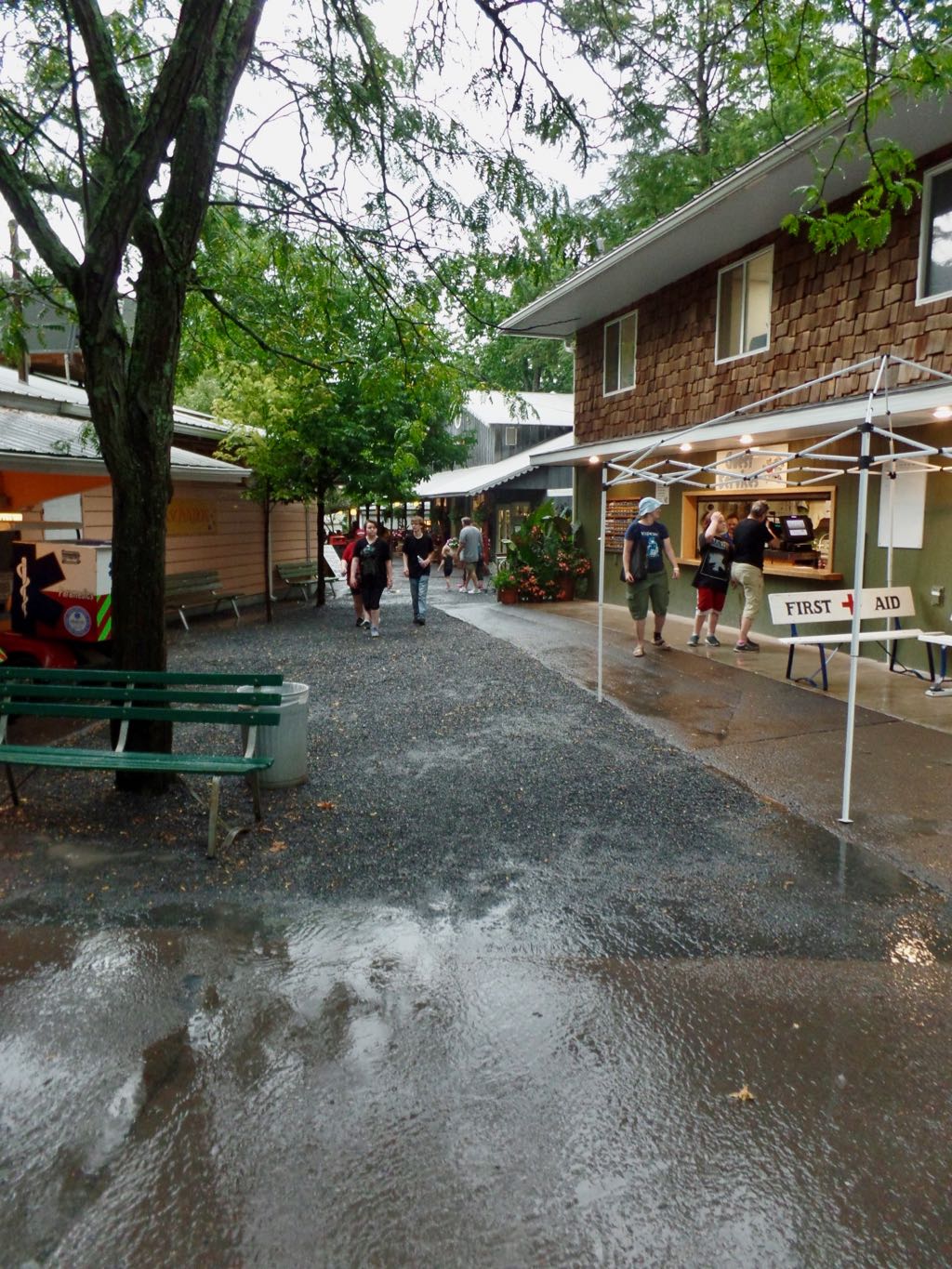 And here's a view of the ticket window where we got our wristbands, as the rain's let up a good bit.

Trivia: By spring 1974, New York City bonds and notes amounted to about 28 percent of all tax-exempt bonded debt in the United States, up from the historic average of about 18 percent. Source: Fear City: New York's Fiscal Crisis and the Rise of Austerity Politics, Kim Phillips-Fein.