Well the truth may need some rearranging

This morning instead of a recording about there being no trials for September, the jury duty hotline gave me hold music. Really, really awful hold music, the kind that's tuneless yet off-pitch but also played without any audio fidelity. I'm a forgiving ear. When I complain about the audio quality, you know it's bad. After seven minutes on hold I gave up and called again and got put on hold for another seven minutes. Finally they picked up and I said why I was calling. Oh, there's no jury trials on, don't worry. I confirmed that there was no need for me to call tomorrow. Happy to say there's not.

What I don't know is whether this counts as fulfilling my jury duty obligation so that I'll have the statutory waiting period before they call me again. I would assume it does? But I also don't know why they're sending out summonses like this. Maybe they thought, in late August, that it was plausible things might be operating at something like normal by October? I don't know. Also I don't know what's happening to people who do, after all, have the right to a jury trial. I fear they're being put under a lot of pressure to plea or to accept a bench trial instead.

Meanwhile, remember the Switch? The one we sent in for repairs in July, and again in August, and again in September? There have finally been developments. I'll believe it when I see it, but intend to give you the infuriating story tomorrow.

Looking for story comic plots? Want to know What's Going On In The Amazing Spider-Man? Could Jules Rivera take over Spider-Man too? July - October 2020 in review here. Bonus feature: Betrayal at House on the Hill jokes to amuse me and

Now let's get to the part of Knoebels that gave me a theme song for my subject lines here. 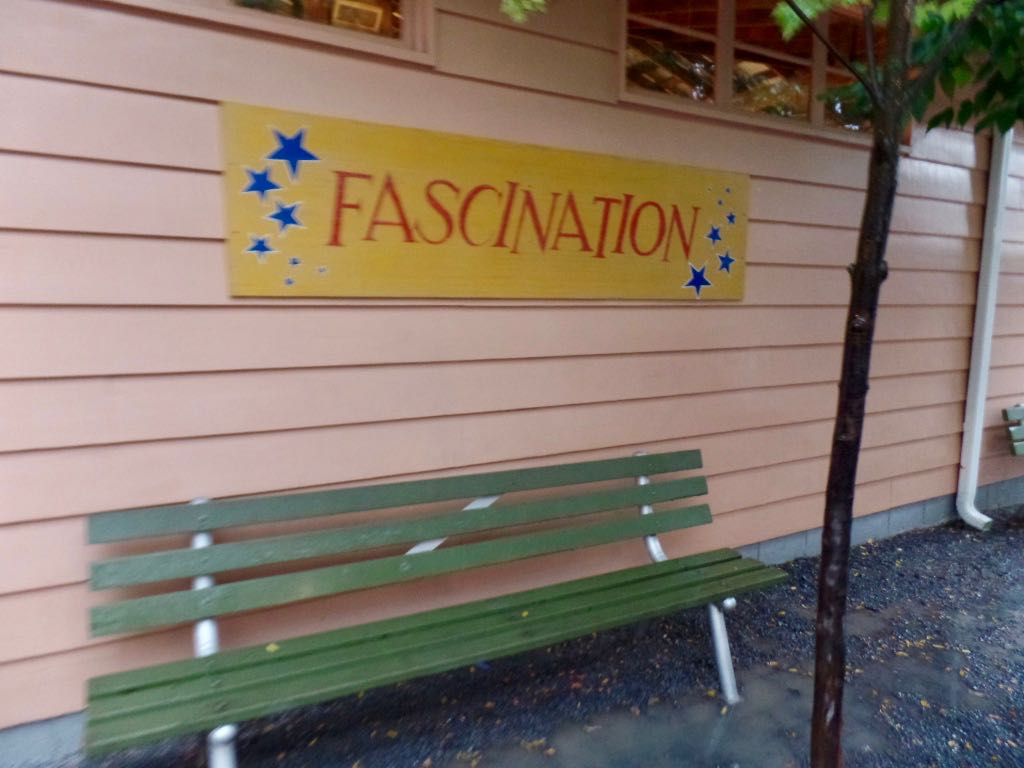 Ah, but the rain did give us a good reason to poke into the Fascination parlor, which we were glad they still had. Not just that

bunny_hugger and MWS and I all like Fascination and MWS hadn't been able to play it since Cedar Point got rid of their parlor a decade-plus back. 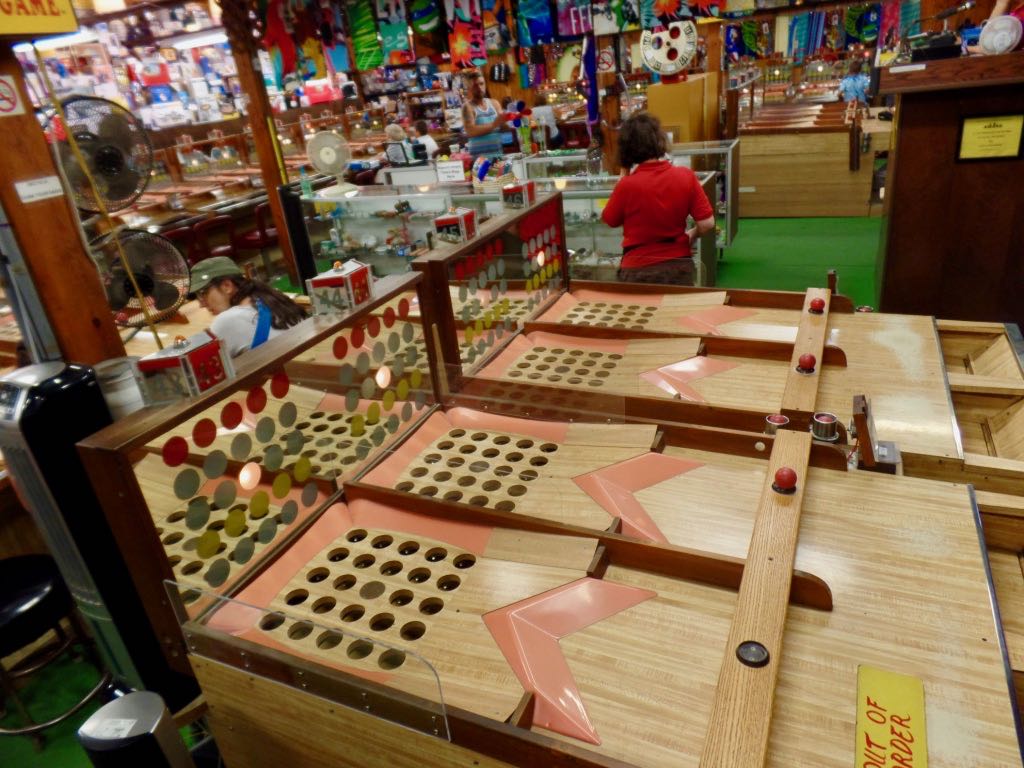 Some Fascination tables. You roll a rubber ball over the wonderful arrow there and try to get it in holes that line out a bingo. You compete against everyone in the place, so it can get really fast-paced before you know it. 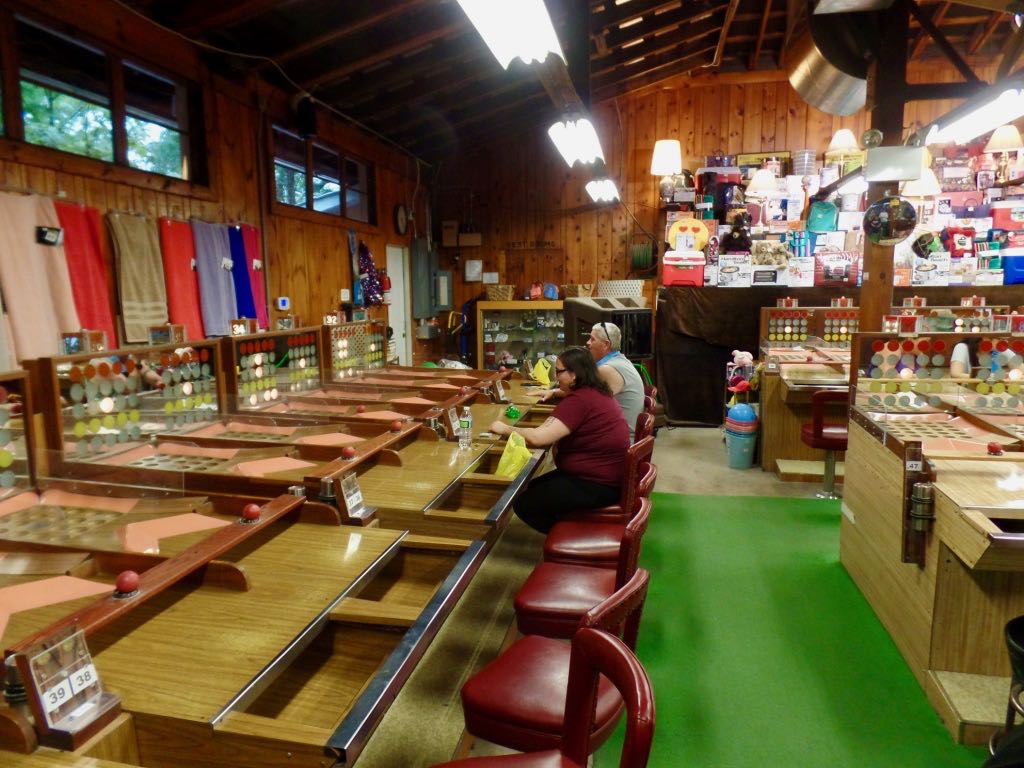 Small crowd that afternoon, but enough to play a while at least. 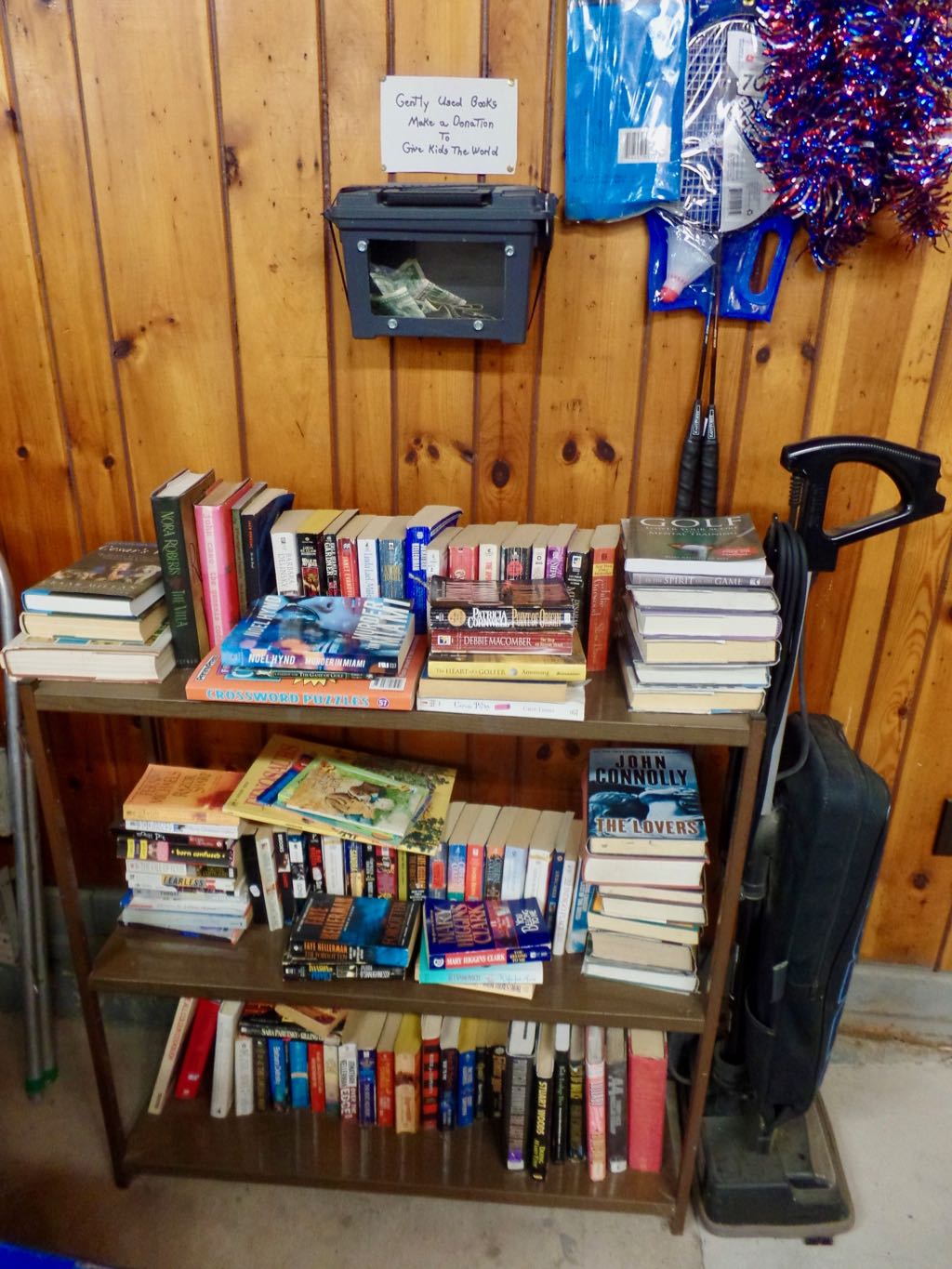 A pile of books in the corner of the Fascination room. You're urged to make a donation too. I'm assuming that these are free to lend to people staying on the campsite, or maybe to parents who just want to sit still while their kids run around screaming all day. 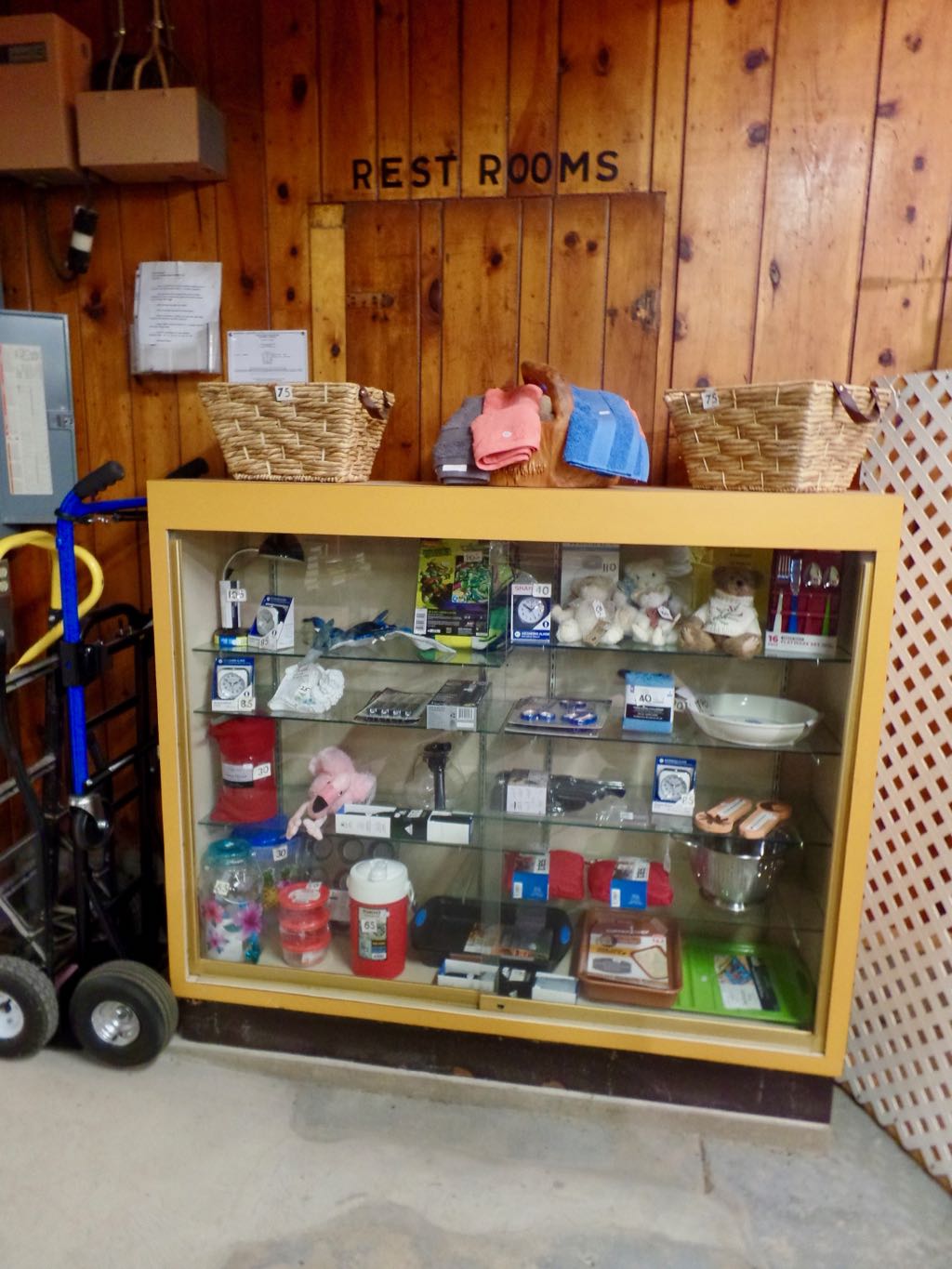 Case full of winnable prizes and what I assume is a decommissioned door to the bathrooms. 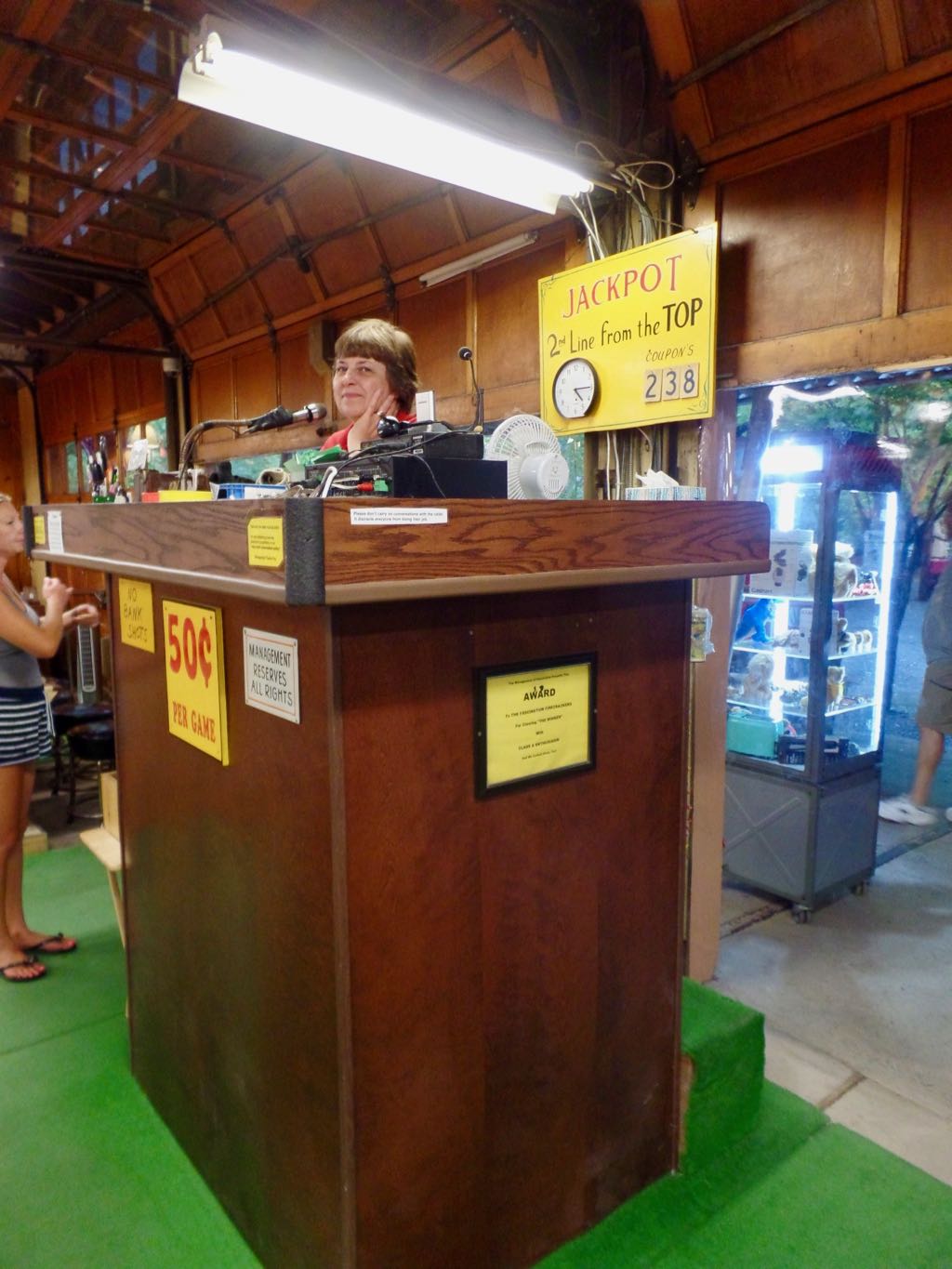 The woman running the Fascination game along with information like what the jackpot prize has reached. 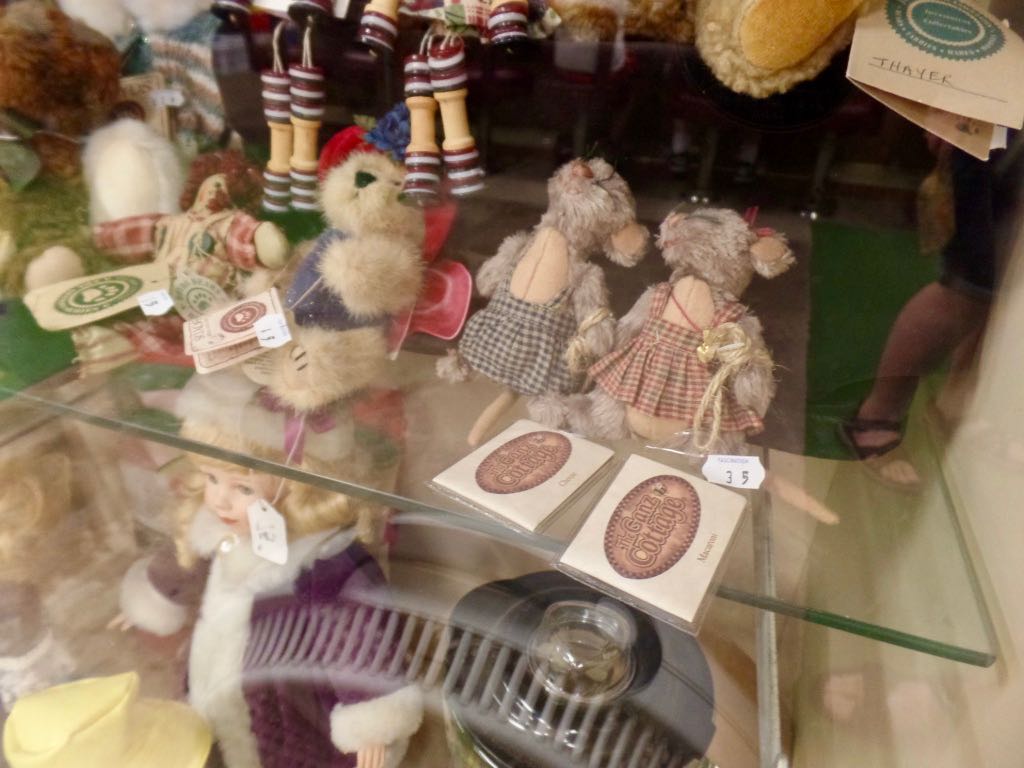 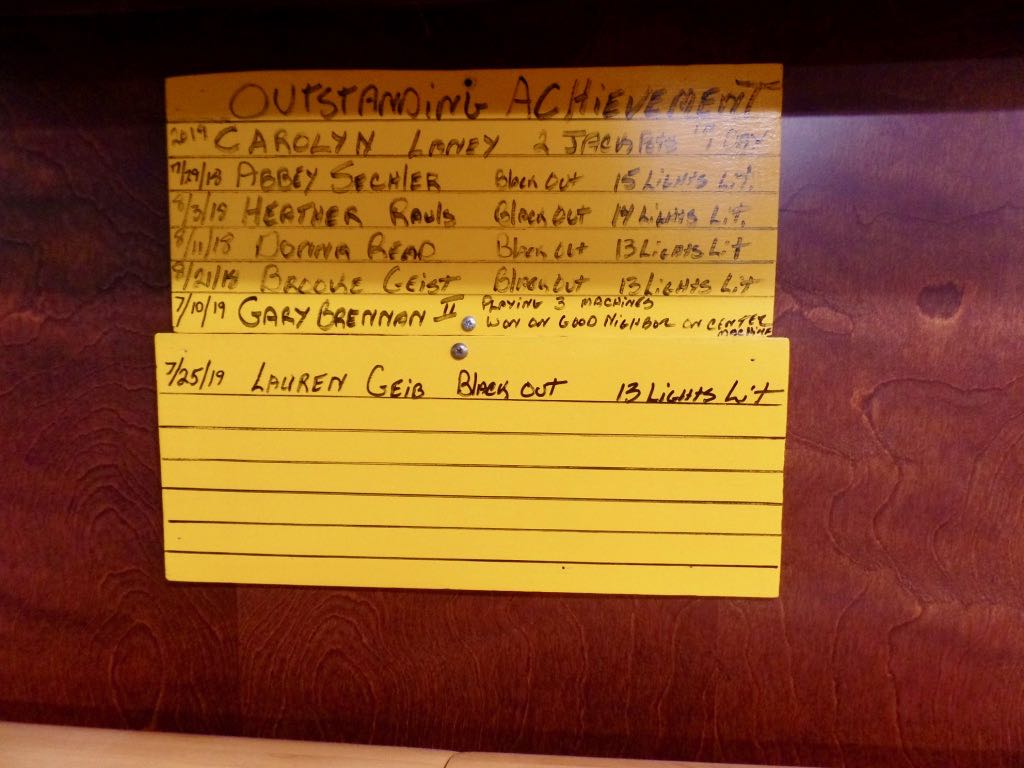 And the recent achievements board for Fascination. 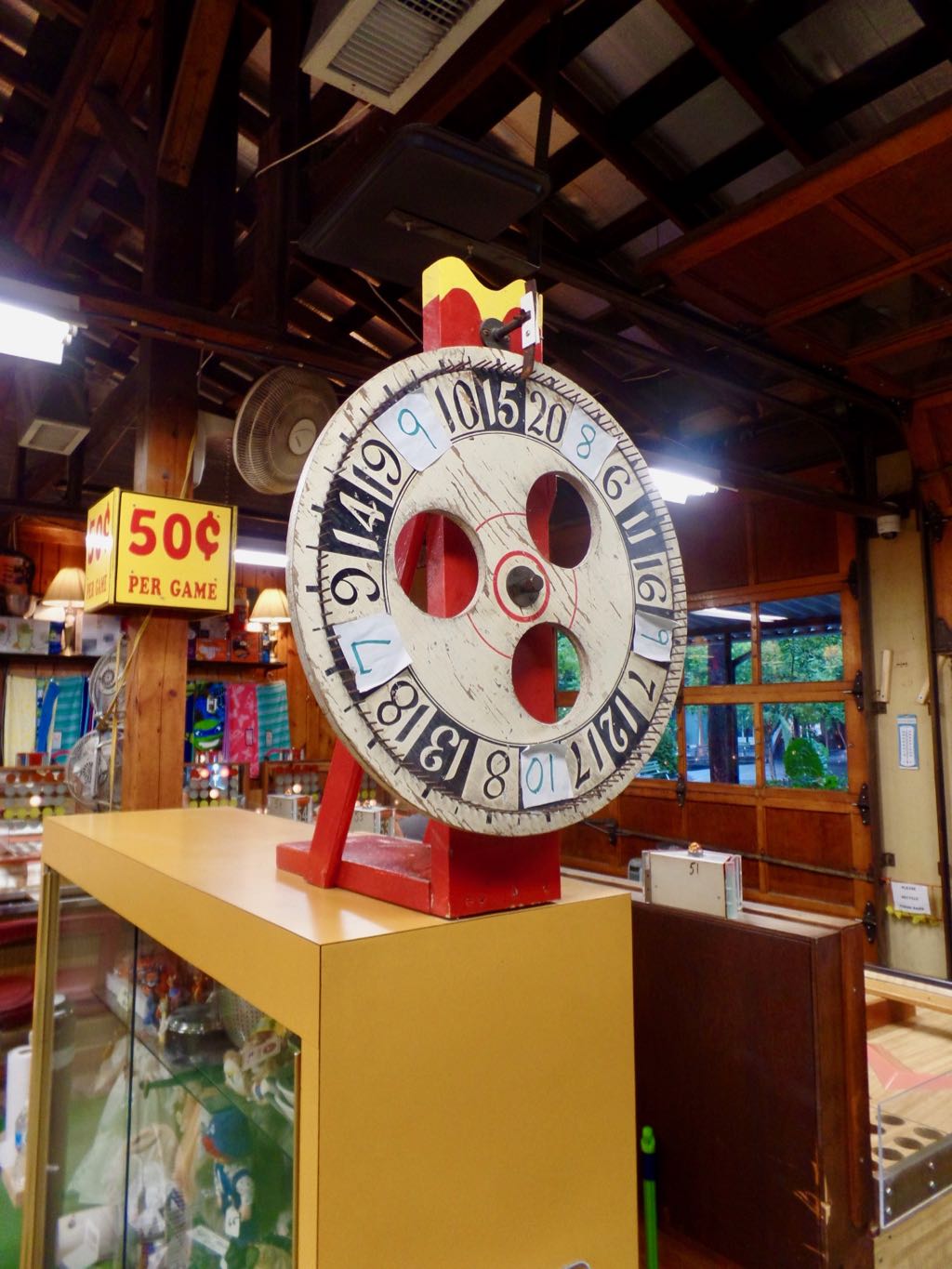 Besides everything else they had this wheel of fortune, although we did not see it used for anything and I don't know if it's still used. 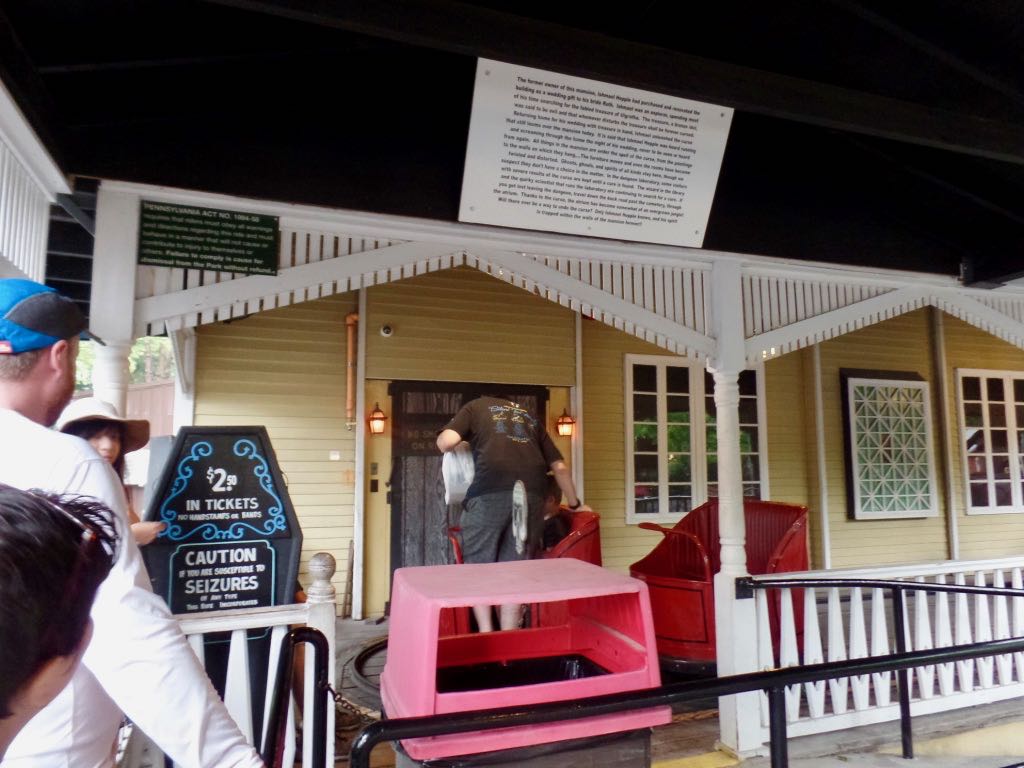 The entrance to the Haunted Mansion, another dark ride and one that's not included with the wristband. (Makes it too much bother for bored teenagers to re-ride until they figure what stuff they can grab and break.) 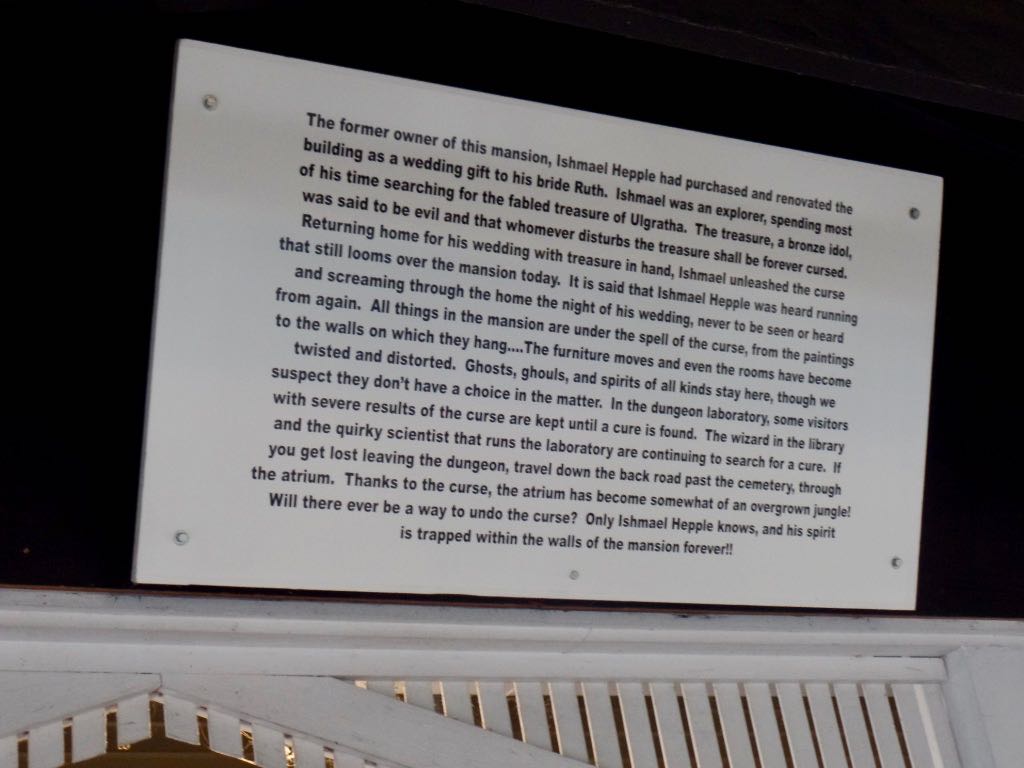 The long sign providing context to explain that the haunted mansion is haunted, and a mansion. 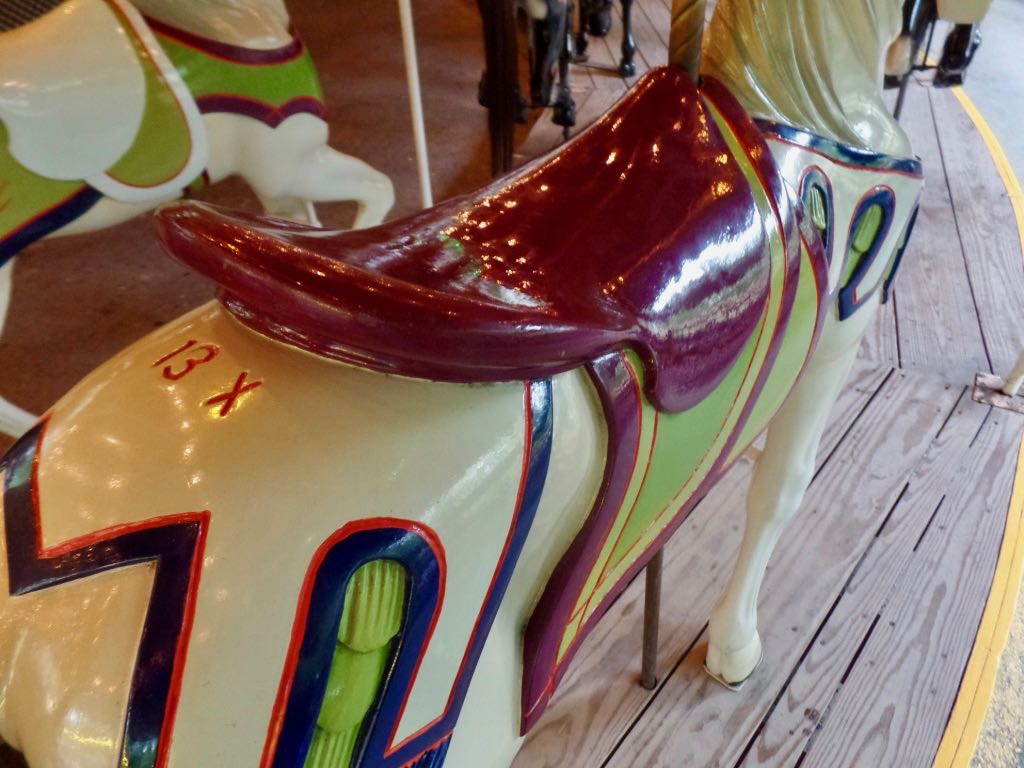 And say, what is this mysterious carved horse with a 13 X painted on its back? What could that ever signify?

Trivia: The first fifty adding machines produced by the American Arithmometer Company in 1889 did not work, and needed to be recalled. They calculated differently depending on how hard the handle was pulled. Source: The Iron Whim: A Fragmented History of Typewriting, Darren Wershler-Henry.