Stories to be told

Last time you'll recall I had agreed to send the Switch back to United Radio again. We had given up on getting the thing fixed. Nintendo is supposed to send us a new unit, one with different problems, and ``try'' to transfer the user memory over. We were able to use Ethernet to save

bunny_hugger's Animal Crossing village online, so if this, for a change, goes right the worst we would do is lose her incomplete Octopath Traveler game. I took the box to the UPS store and shipped it out the 1st of September. They received it, says UPS, the 4th of September.

And there it sat until the 16th of September when the status went from ``Due In'' to ``Received''. Then started the waiting game for it to advance to ``In Service''. And ... waiting. And ... waiting. Monday, we passed more than a month since I sent the stupid thing in again, and more than two and a half weeks since they acknowledged they had it.

So I went to Nintendo Support Chat and asked where is it and why is this dragging on forever and why has Nintendo decided to punish me for wanting a working Switch. They could offer no insight to the last two questions. Nor much for the first, but did claim that I would be contacted ``by tomorrow or the day after most likely'' by someone and that they would ``escalate the situation so we can investigate further''.

I also resumed my e-mail correspondence with the general manater of United Radio who said he'd look into it and acknowledged they had a backlog of repairs. I said I was very aware of their backlog but refrained from pointing out I've been in it since early July. They found our Switch and said ``it was held up being evaluated as a return'', whatever that means, and he's ``having the team expedite this for you'' and that it should ``hopefully'' be on th way back ``today or tomorrow''. I clarified, this is a new Switch, without whatever problem they couldn't or wouldn't fix, and he said yes, and that they would be trying to transfer user data over.

So they did create a shipping label, and I have that. As of this writing the label is just created, not shipped. But, still, it's more progress than we've seen in a month.

If we actually get a working Switch out of this I --- well, I won't be happy. What I want now, besides a Switch that works, is an exact explanation for the choices Nintendo made to turn this into such a protracted, Kubrickian system of failure.

To mathematics! Today I published My All 2020 Mathematics A to Z: Quadratic Form, about one of those little things you learn about, when you're a mathematics major, and what I realized I did not know.

To amusement parks! Let's explore the mystery of that 13 X horse at Knoebels, seen in July 2019. 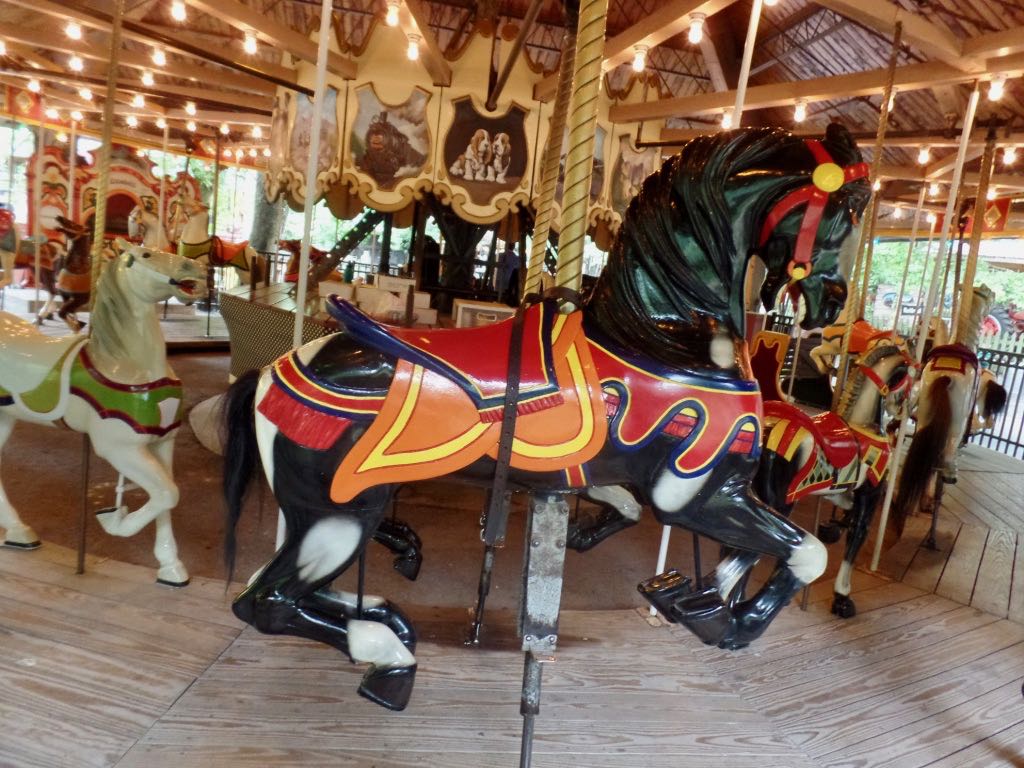 That's right, that mysterious figure is from the Stein and Goldstein, Knoebels's other antique carousel. Here's one of the outer row horses for it. 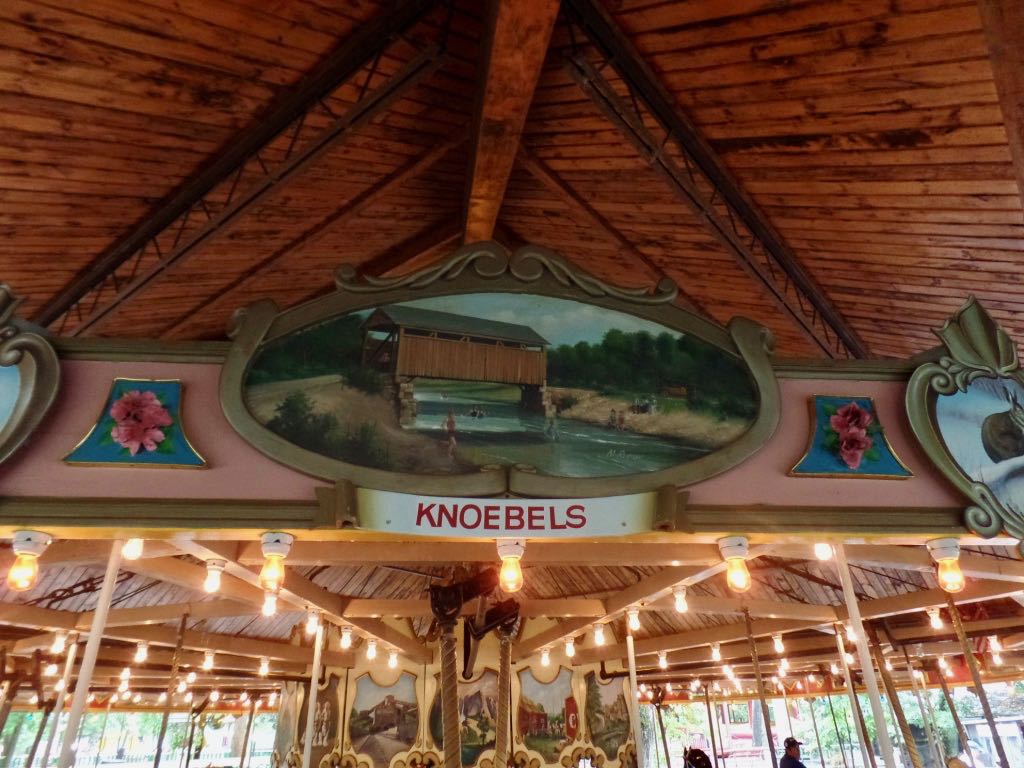 Running board scene on the Stein and Goldstein carousel showing a covered bridge. One of the bridges in the park is covered much like this. 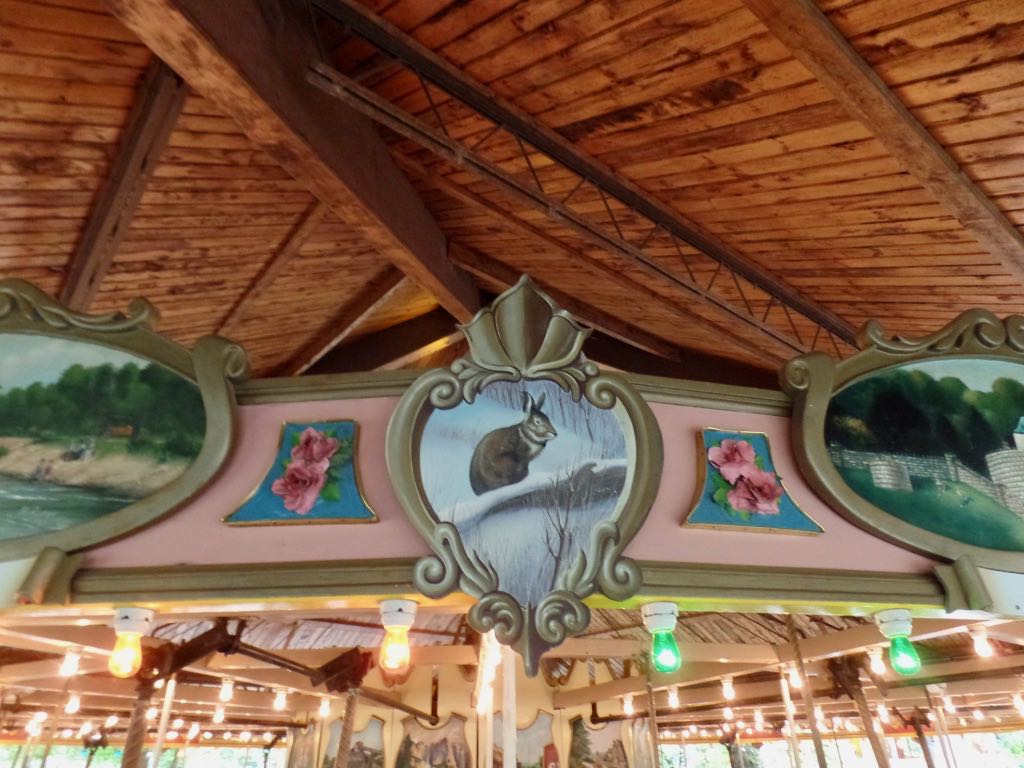 Bunny carrying on through winter in this rounding board scene. 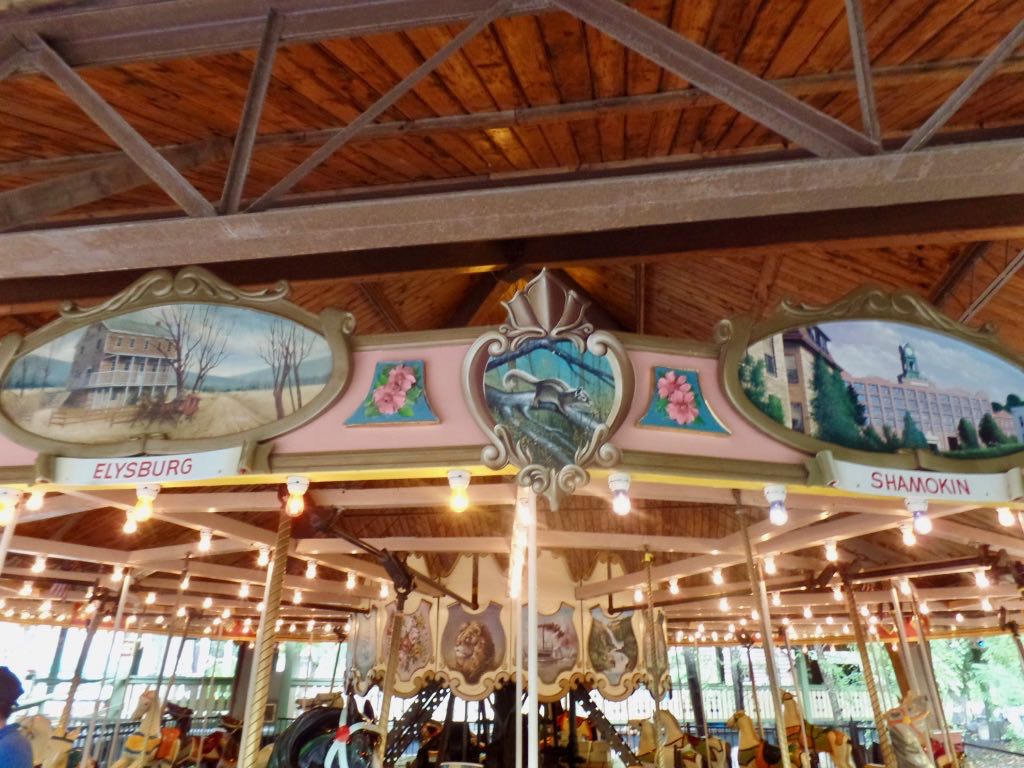 And here's a squirrel, plus rounding board art of the nearby Elysburg and Shamokin towns. 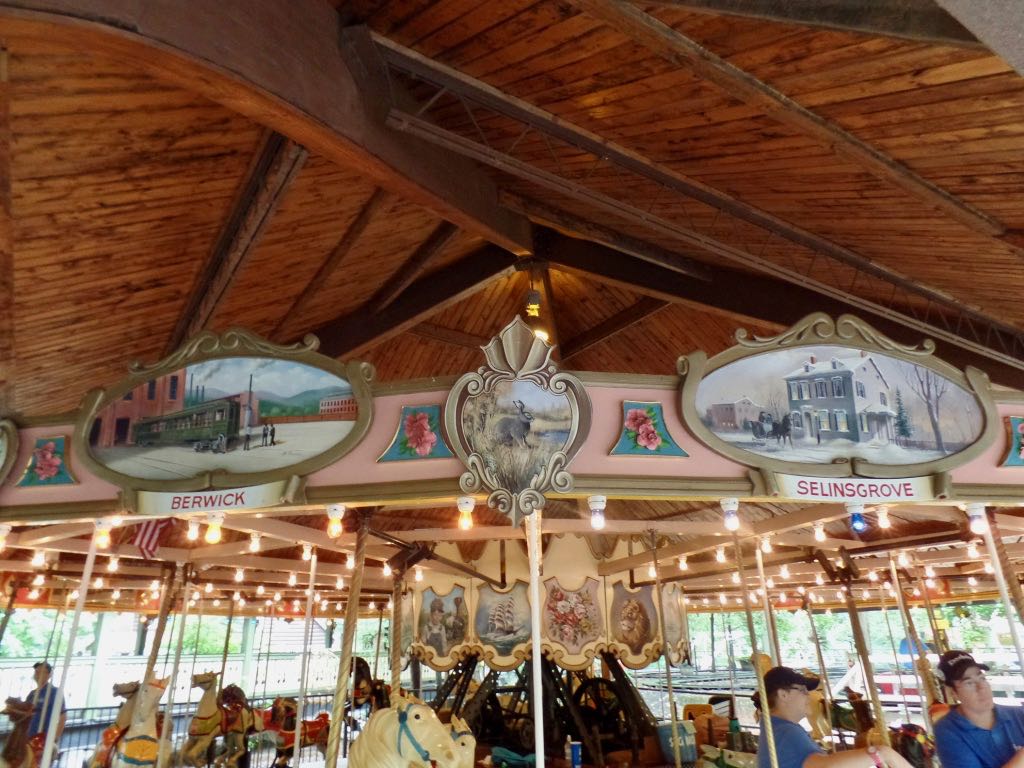 That bunny's having a slightly better time of it in this summer scene. 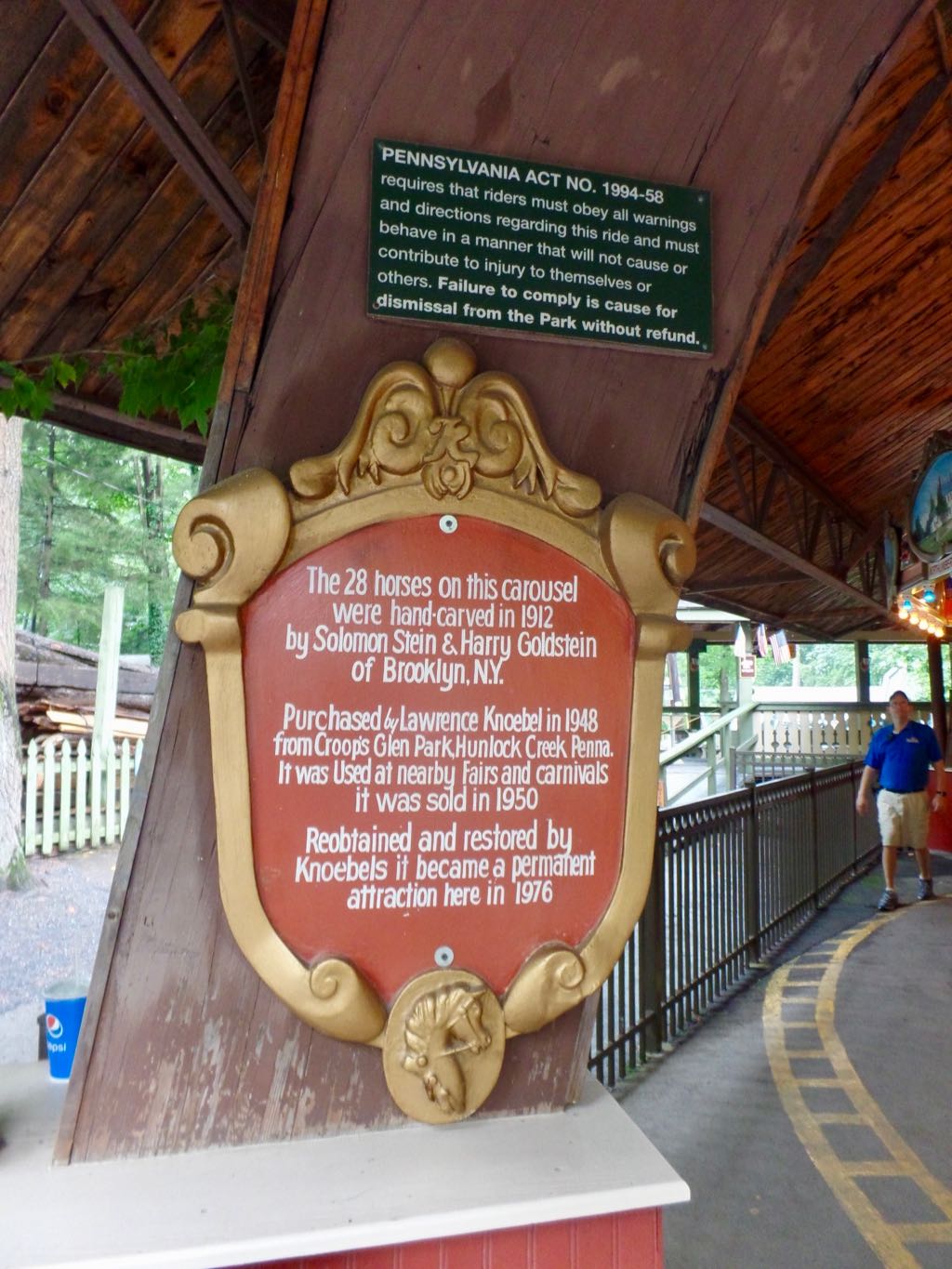 A sign that explains some of the Stein and Goldstein carousel's history. And, yes, this is a carousel that Knoebels bought in the 40s, then sold off, and then bought again in the 70s. 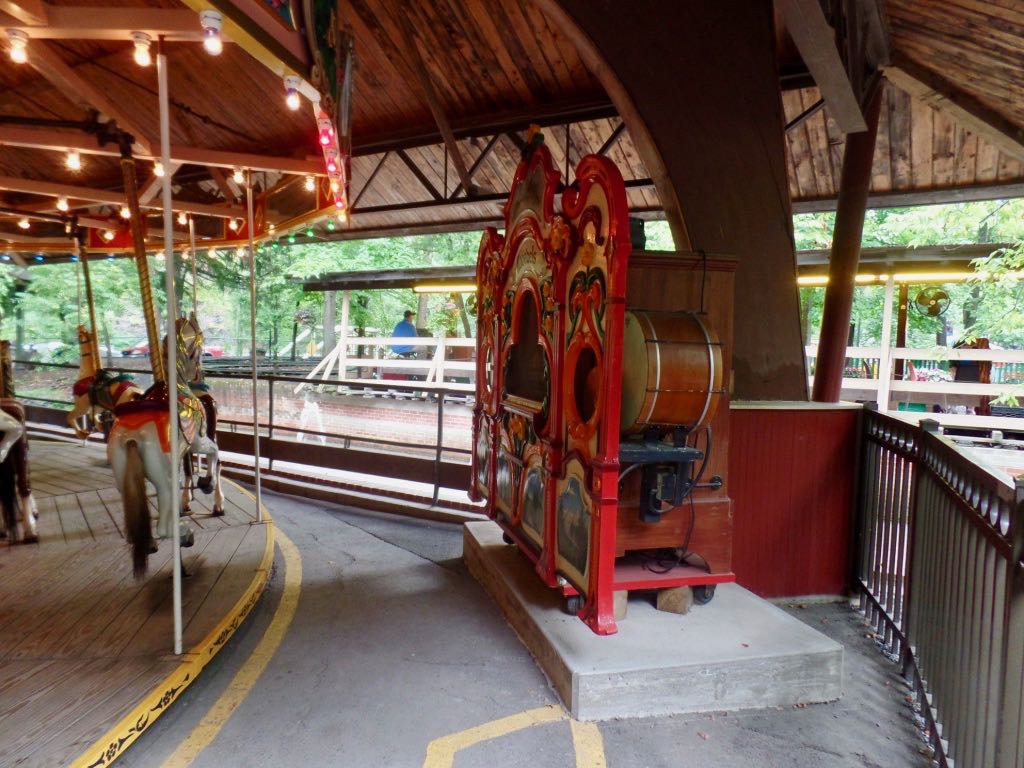 The Stein and Goldstein band organ. In the background is the station for the scenic railway. 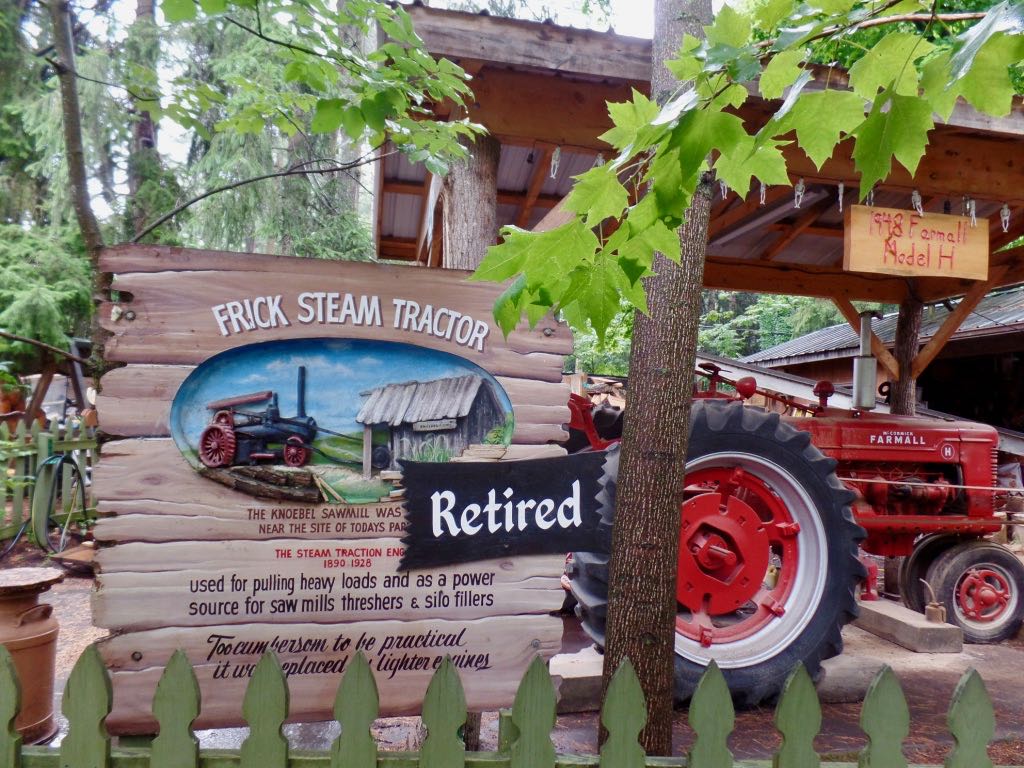 Knoebels has also always been a working sawmill and shows off pieces of that history. 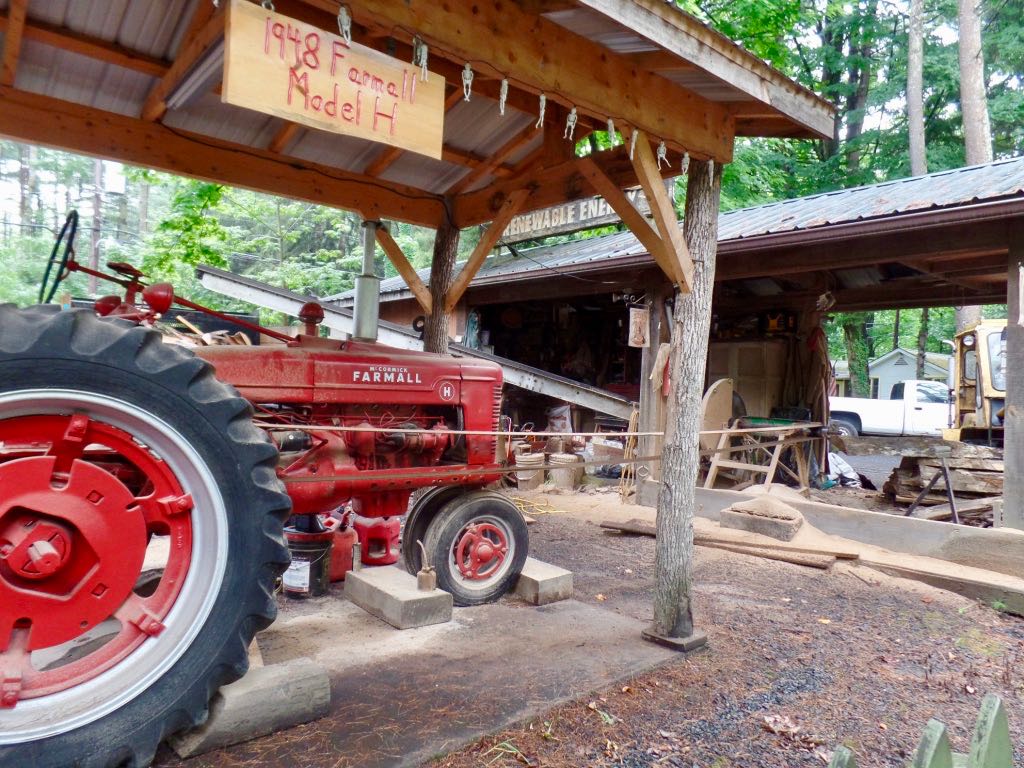 Besides the (newly?) retired 1948 Farmall Model H they have a bunch of carving gear and carved woodpieces on show. 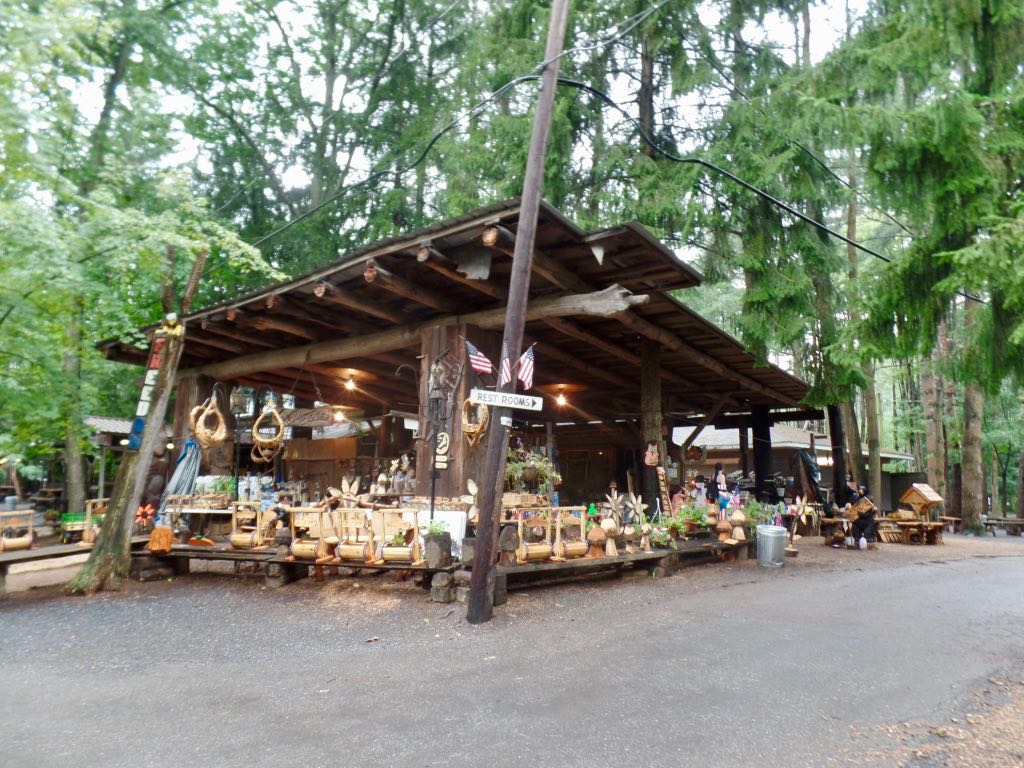 Woodworks that for some reason I didn't get a close picture of. Maybe we were on the way to the scenic railway. 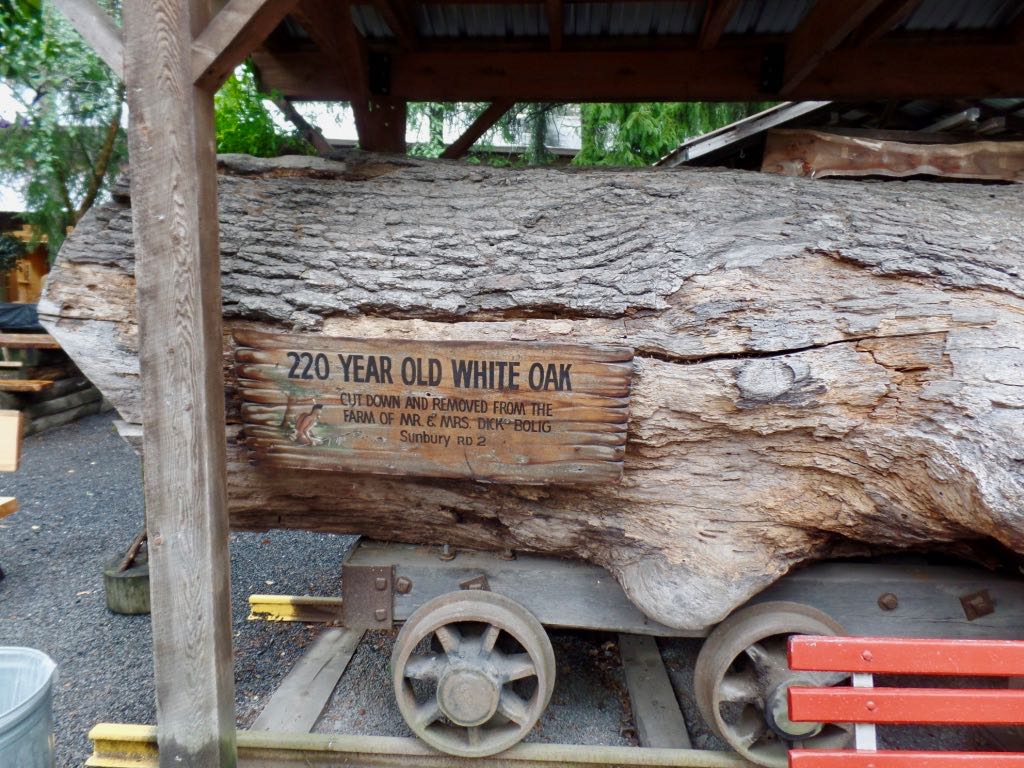 I, uh, hope the oak was taken down for reasons besides to show off at Knoebels. 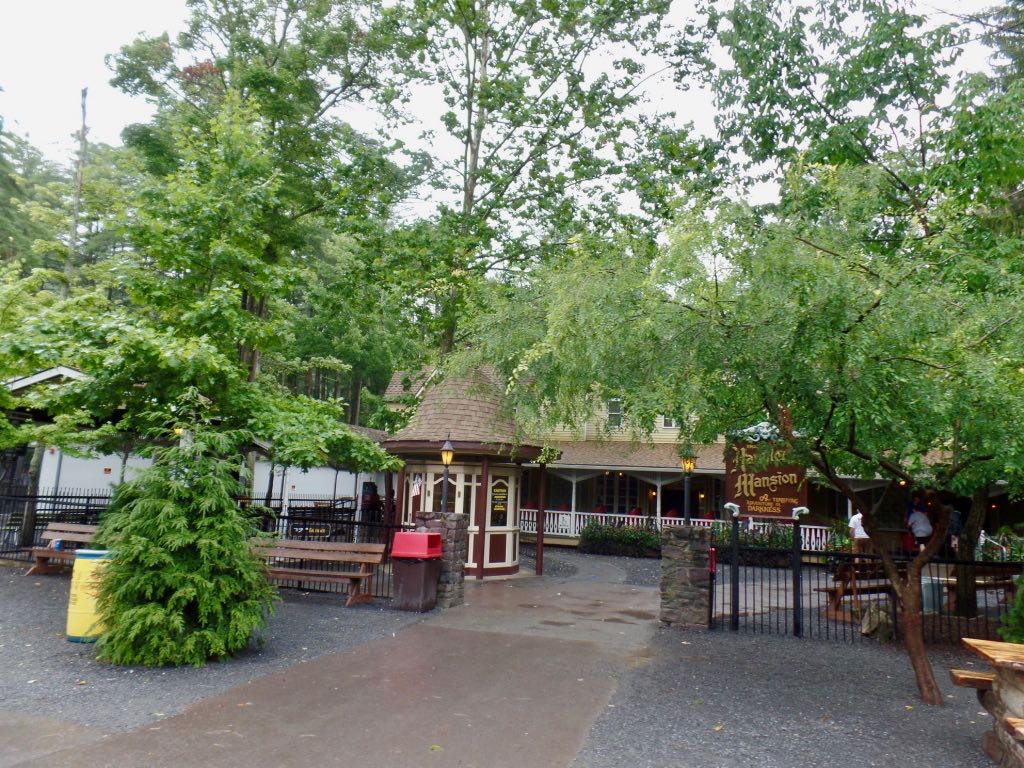 The ticket booth and the entrance way to the Haunted Mansion.

Trivia: In 1888 tea imports to Britain from India exceeded those from China for the first time. Source: Tea: Addiction, Exploitation, and Empire, Roy Moxham.