Happy Columbo Day! I'm glad the Internet has decided to shift away from celebrating a problematic figure in favor of someone everybody can get behind without question: a cop.

(Yes, yes, I know, there are important reasons why Columbo is a Not Problematic cop, especially including the class conflict which drives nearly all the stories, with working-class Columbo taking on rich-and-powerful murderers. But we're also really lucky they never did a story in Like 1974 where the local leader of the Black Panthers But For TV gets killed by a rival.)

Been more more busy times on my mathematics blog. You can read that on your Friends page, or through your RSS reader of choice. You should have an RSS reader of choice, too. But if that hasn't gone anywhere you like you can catch up on the last week-and-a-half from this roster of recent postings:

And then an exciting two-second cutaway in 60s Popeye: The Glad Gladiator and wait, is that Ham Gravy? I think that's Ham Gravy! So, if you want to see super-forgotten Thimble Theatre comic strip character Ham Gravy, here's your chance.

Now, at last, we come to the final pictures of our day at Knoebels in July 2019. Enjoy. I hope we can get back to it soon. 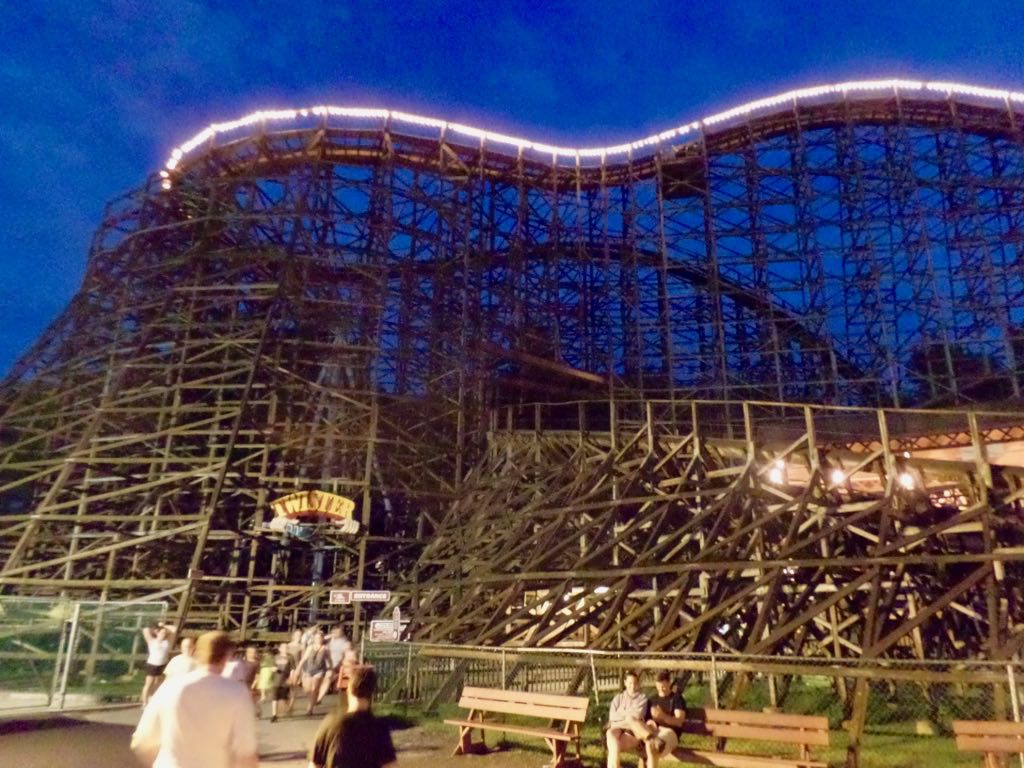 Twister by night, with the top of the lift hill illuminated. 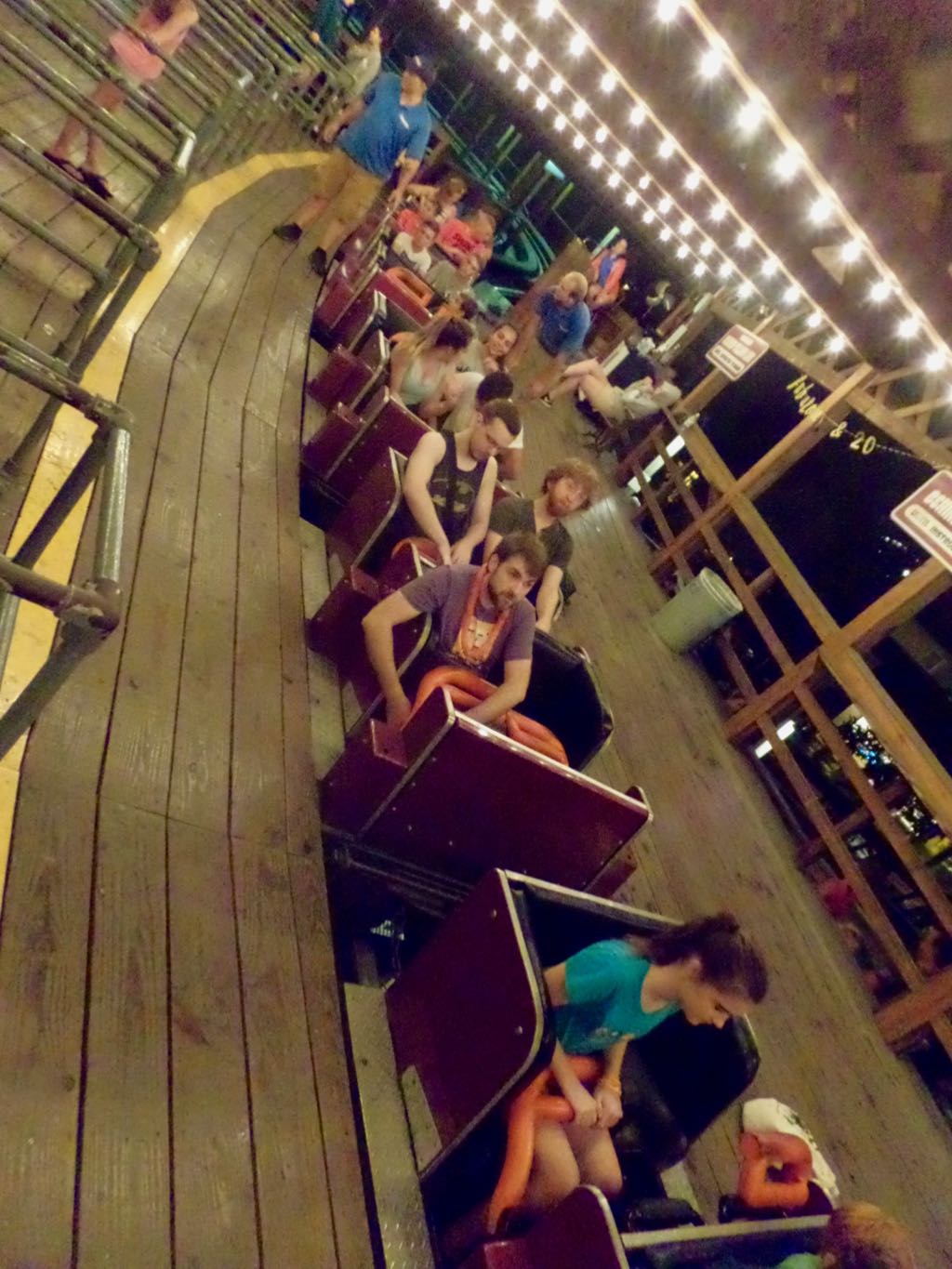 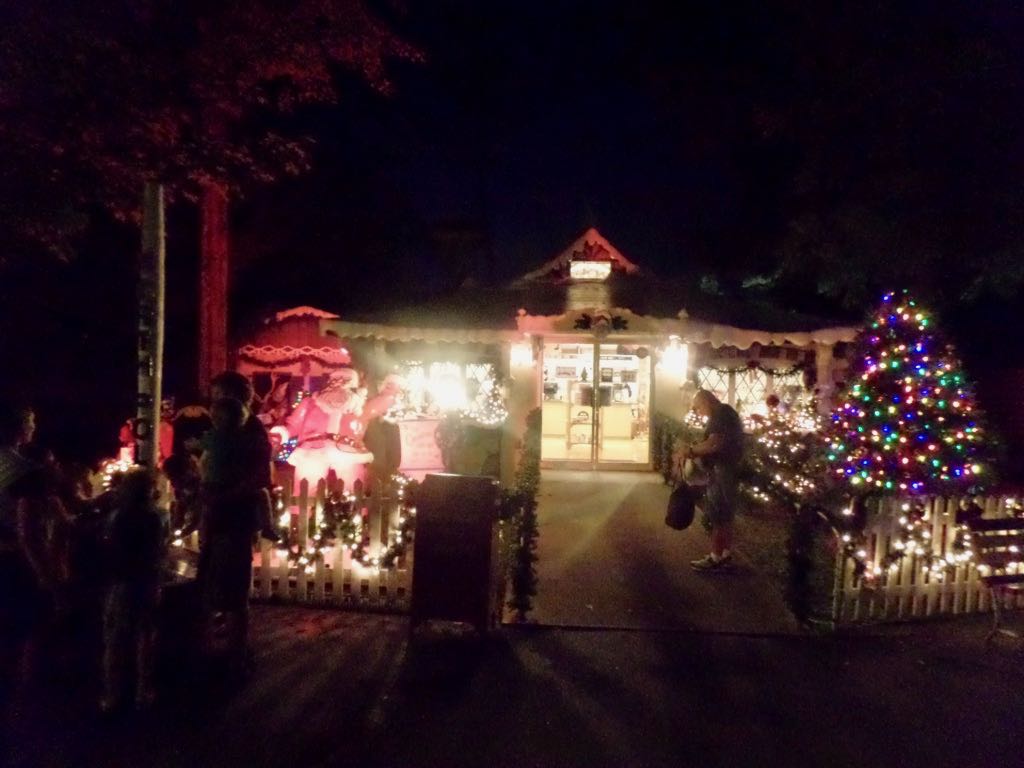 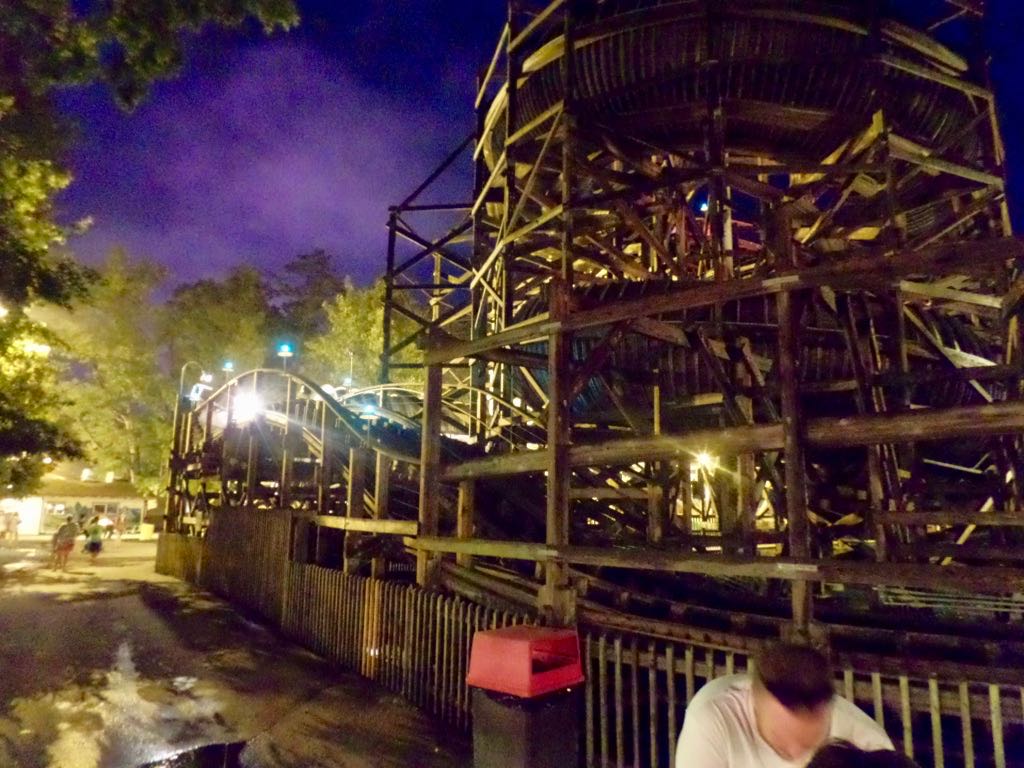 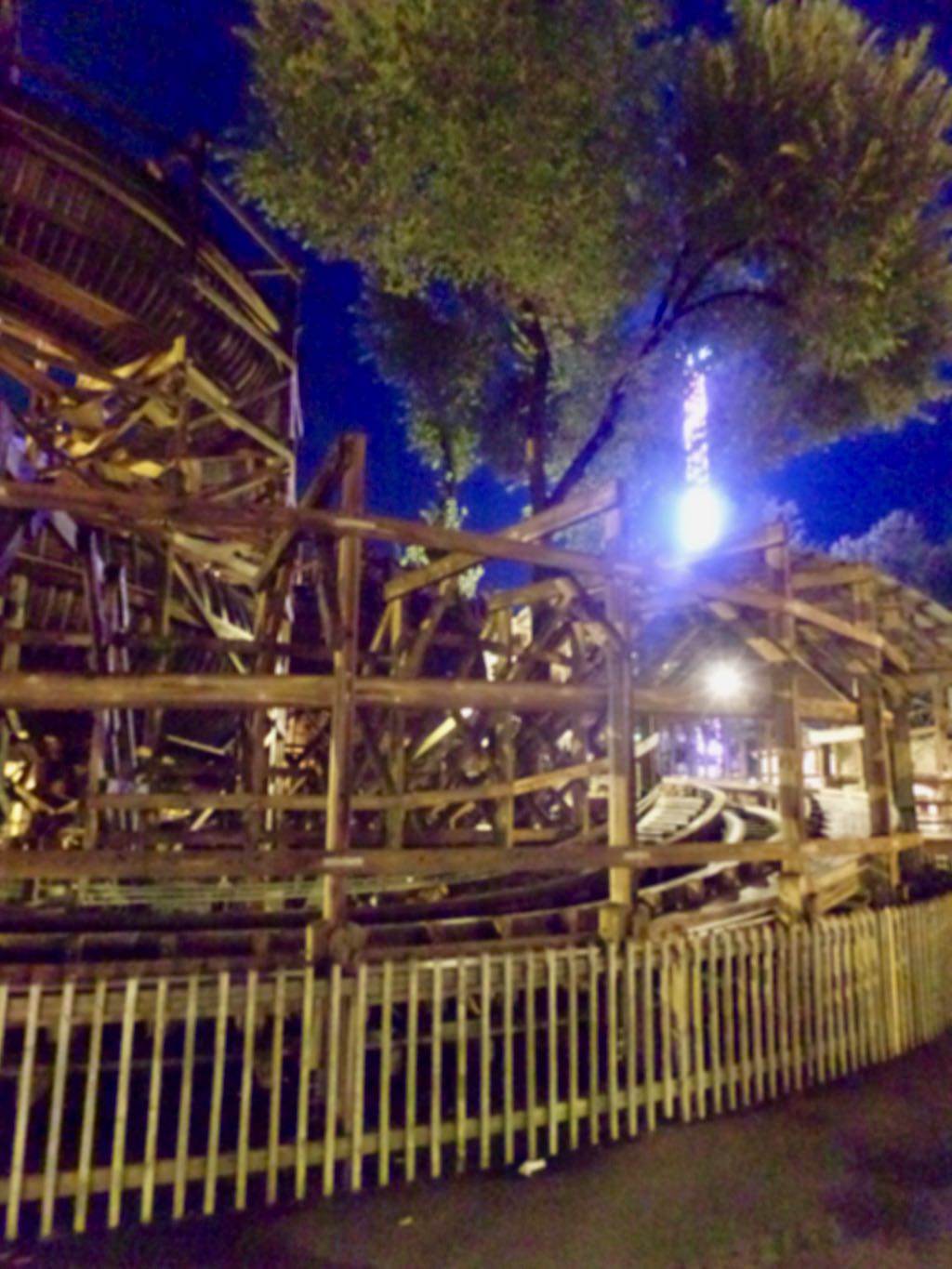 Looking back along the return leg of Flying Turns, and to the bright purple drop tower. 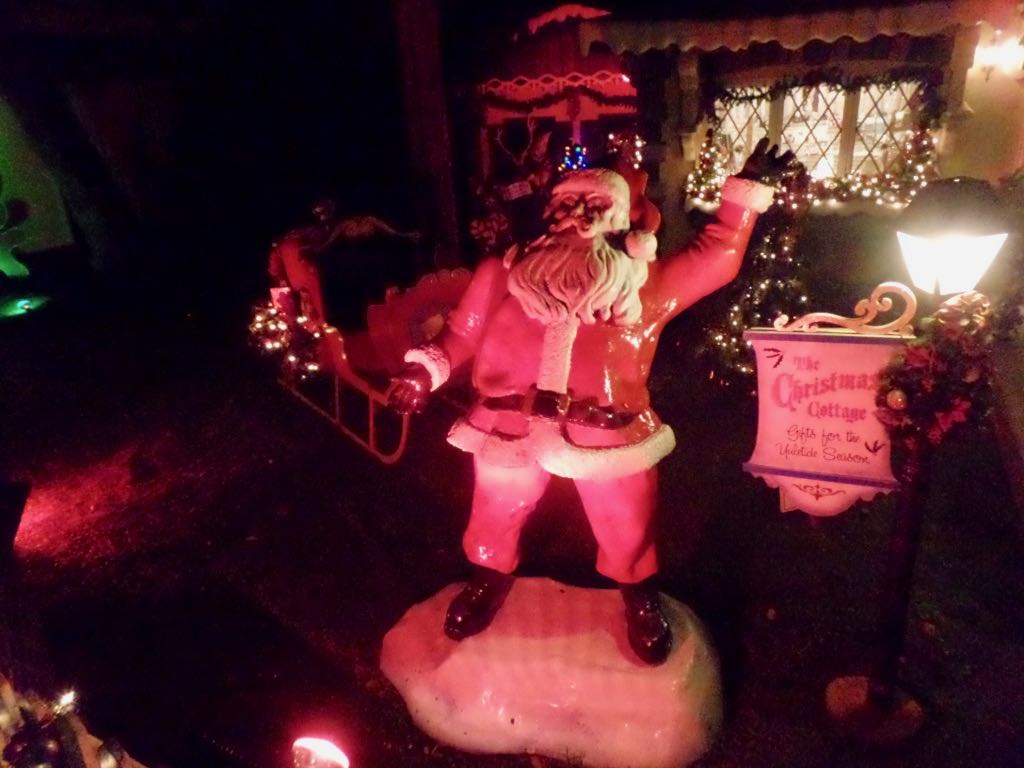 Santa waving from outside the Christmas Cottage. 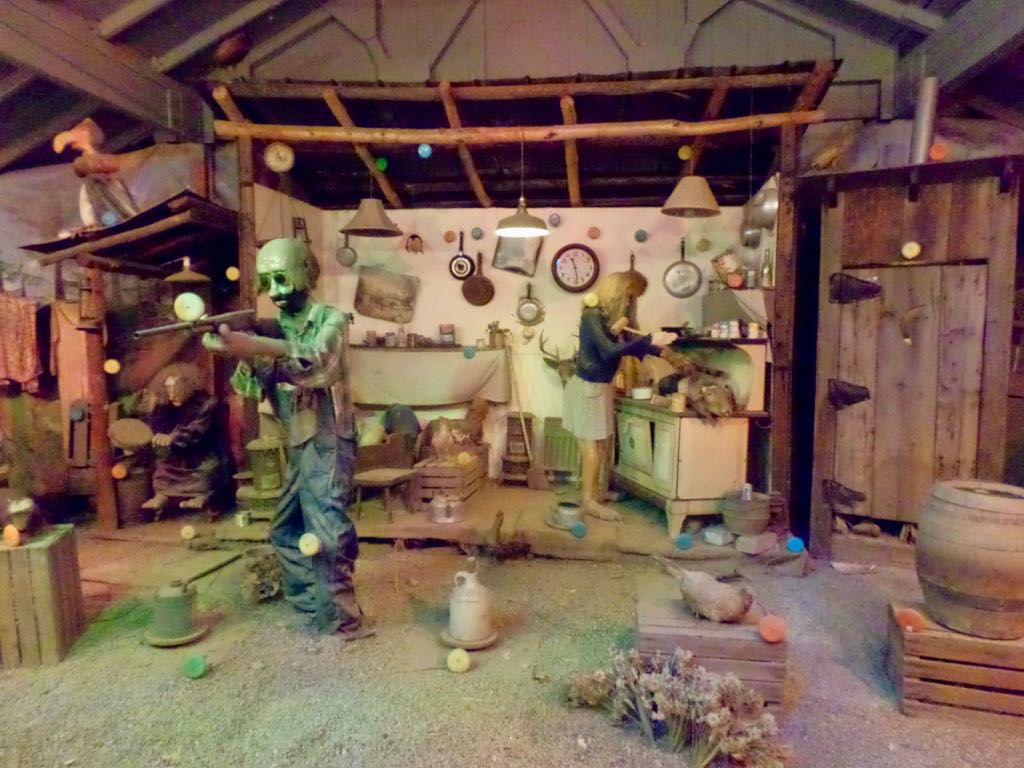 Scene from their shooting gallery. I'm not sure what's communicated by one person being a zombie? guy and the other a regular woman. 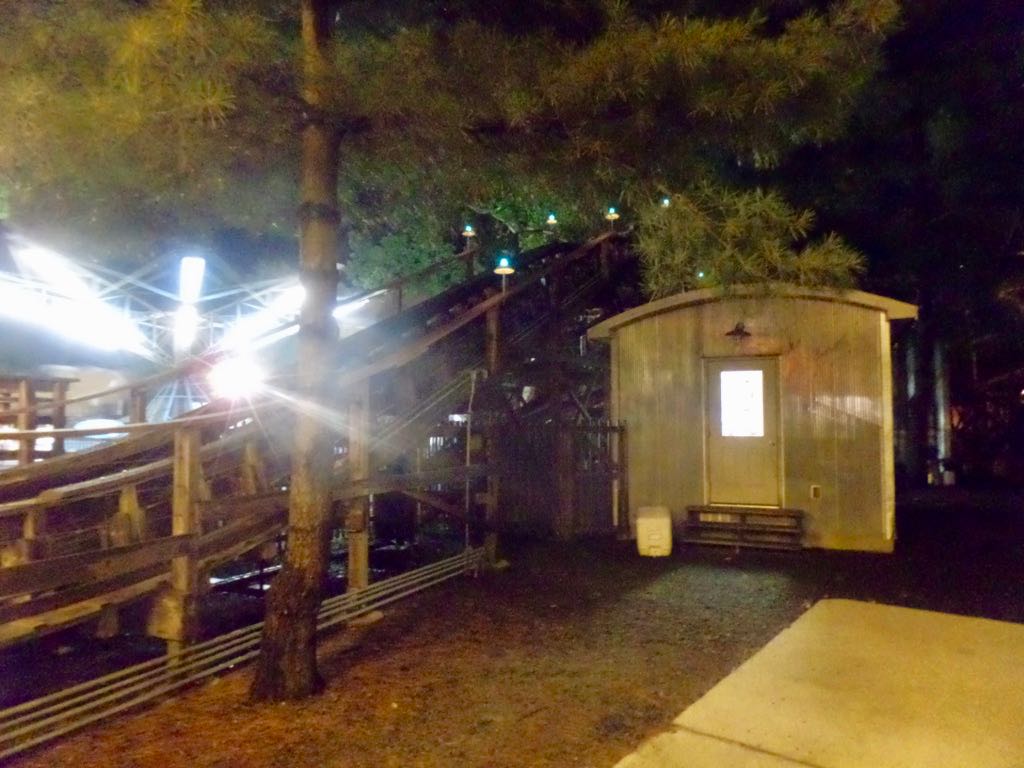 Looking at Flying Turns and what I think was originally the construction shed for the ride. In the background is a Flying Scooters. 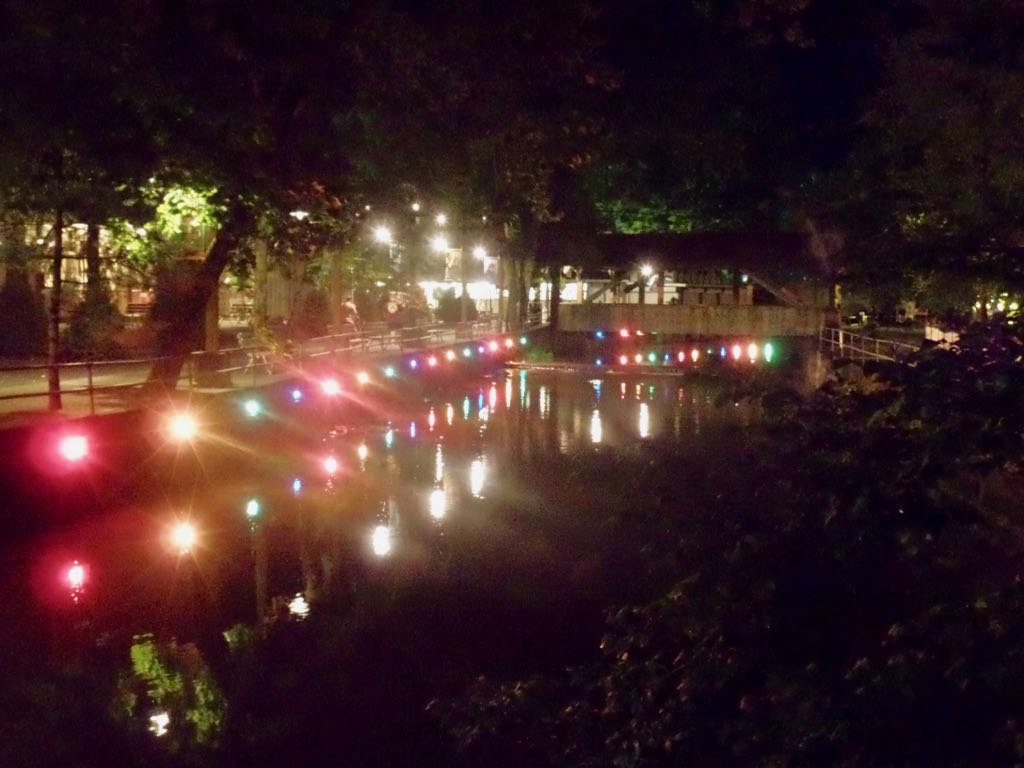 Lights along the edge of .. I think it's the South Branch Roaring Creek, feeding into Mugser Run. Also the covered bridge over it. 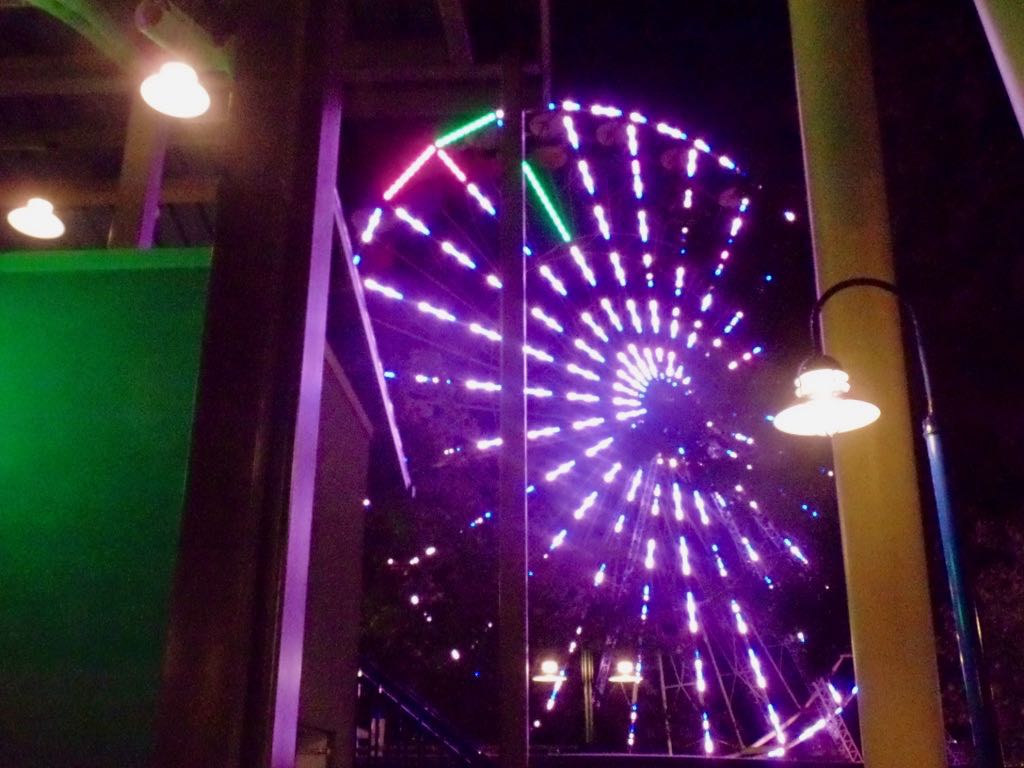 Looking from Impulse's queue over at the Grand Ferris Wheel. 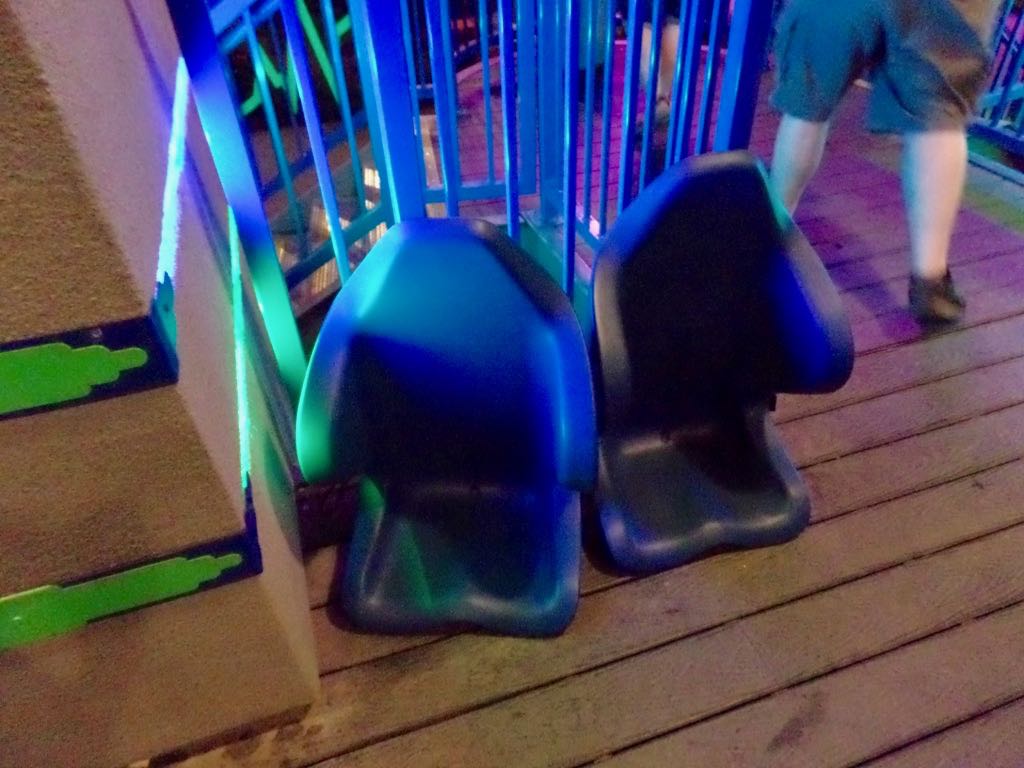 I hope those are supposed to come off! Seats off on the side of the Impulse roller coaster. I don't know their story. 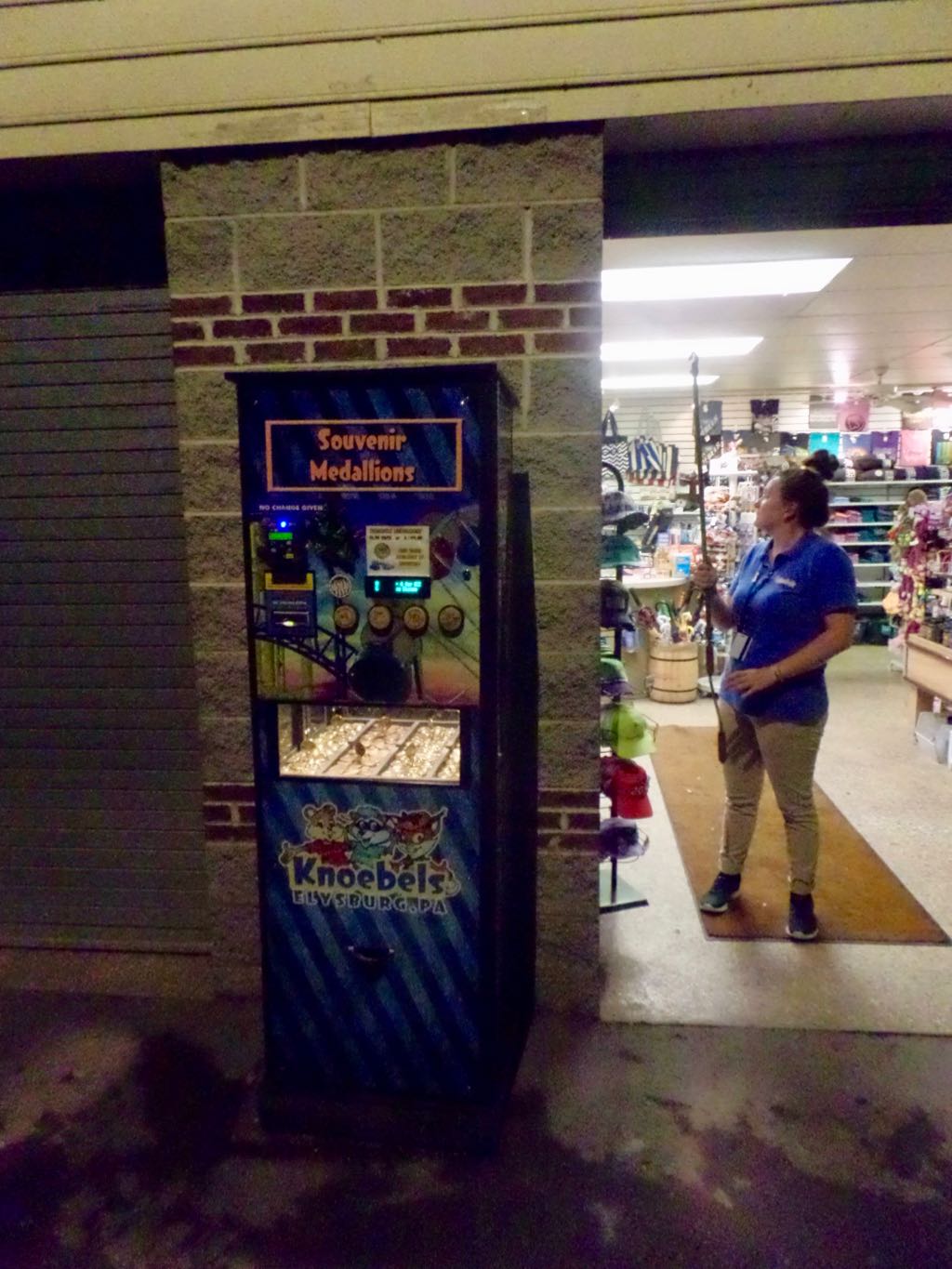 Shop staffer closing up for the night. Notice the souvenir medallions feature main mascot Kozmo as well as secondary figures Dexter Raccoon and a fox whose name, finally, we learned was Piper. Kozmo and Dexter have their names on their shirts; Piper we had to find from looking at the price tags. 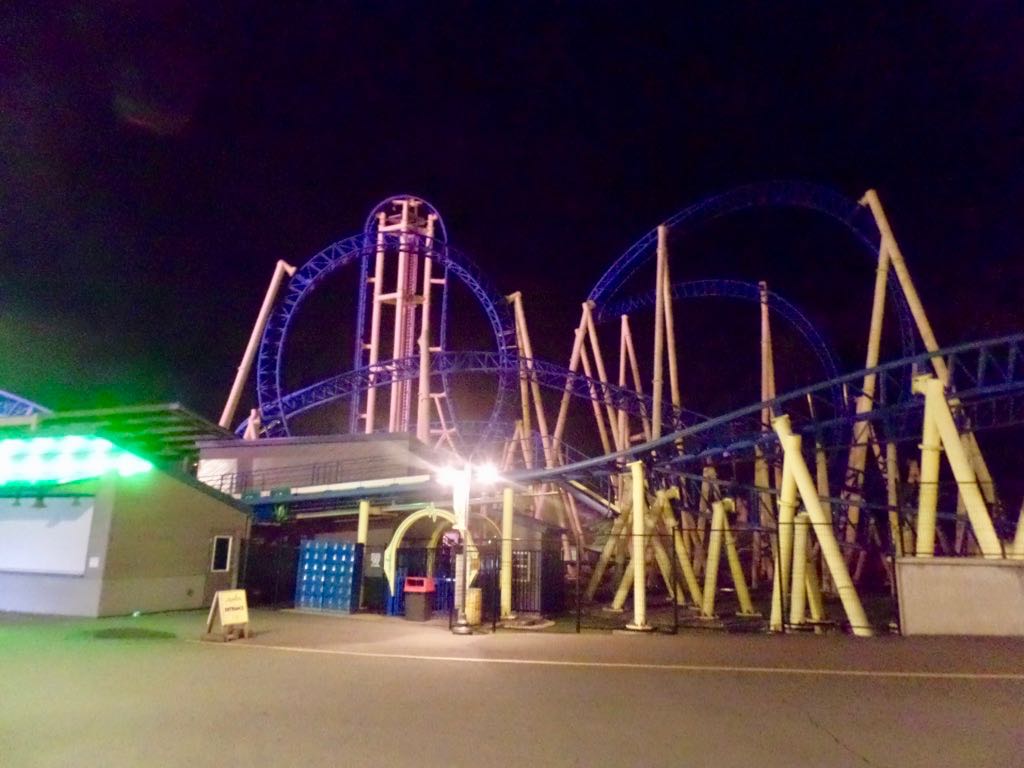 Impulse, at last, turned off for the night. 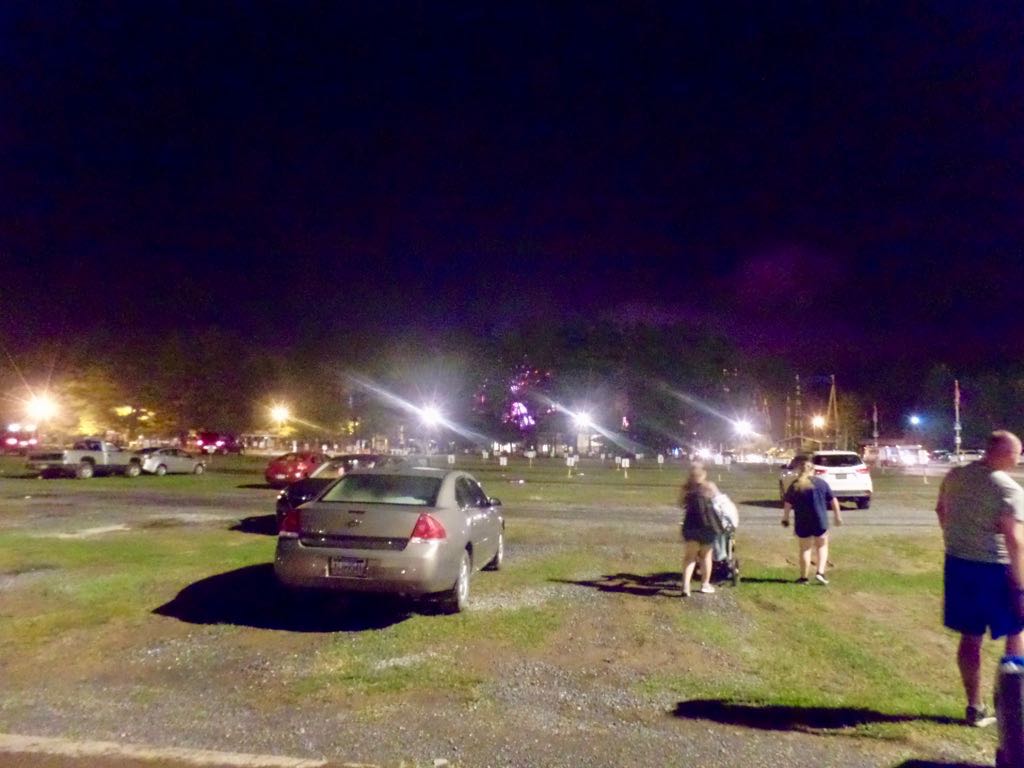 And a last look back at the park, as the final stragglers get to their cars. It's a really well-lit grassy parking lot, you have to agree.

Trivia: Japan's 1945 rice crop was its worst harvest since 1910, and was about 40 percent short of normal yields. Source: Embracing Defeat: Japan in the Wake of World War II, John W Dower. (It was a combination of bad weather, manpower shortage, tool shortages, and lack of fertilizer production.)