That's where the big bands used to come and play; my sister went there on a Saturday

The other film at the Capri was Hocus Pocus. We had never seen it, but young ones on forums we visit regularly speak of it with the hushed reverence that our generation gives ... well I don't know. We're Gen X, do we have anything we hushedly revere? Maybe Goonies, but we've never seen that either.

The premise is --- well, thanks to sloppy copy-editing at the drive-in's web site,

So this is a good spot to name what most bothers me about the movie. It's something I've grown more sensitive to, and it's something I don't see how to write around without losing the whole movie. The witches needed reincarnation because the people of Salem tried and hanged them for witchcraft in 1693. This is immoral. The people killed in the Salem Witch Trials were the victims of a societal crime, people murdered by societal misogyny. The problem with any ``real actual witch in Salem'' story is that it then posits that some of the ``witches'' deserved what they got. The witch trials aren't a thing that could be cut from the movie either, like by having the Witches killed in the incident when they try stealing young Emily's life-force. It's important to the film that the whole contemporary town knows their story and has adopted it as part of local weird pride. Something that adults would plausibly be running around dressed as for Halloween.

If you will grant them this, though, the rest of the movie's pretty good. All the characters have the depth of Harvey Comics characters which is not an insult: they have a clear hook and stick to that faithfully. And everybody is silly but, generally, not stupid. A lot of the Witches reacting to modern life is fun, too.

If there's a major weakness it's in the casting. Bette Midler, Sarah Jessica Parker, and Kathy Najimy as the Witches are such good, charismatic actors to start with. And they have the enormously more fun roles. First because the characters are more enjoyable. Thora Birch, playing the little sister, has a few good moments. She's dressed as a witch and in the first moments after the Witches are reincarnated, tries bluffing that she's the witch who summoned them. But she can't sustain it and we don't get a bit that good again. And the Witches have a natural sympathy to their goal: they want to live past dawn. Yes, they mean to do this by killing children, but if this year has taught us anything, it's that we're happy to consign strangers to death in order that we can go to Applebee's. Draining the life of a child for three people to live forever? That's somehow less offensive.

A little thing is that Thackery, as a cat, talks. The mouth animation on that is surprisingly good and we just don't know how they did it. There's some credits to Pixar and I assume they did, like, lightning and other effects. Were they doing the cat mouth animation too? Because it's better than I'd expect for 1993, but in 1993 they were also trying harder to make computer animation look more like practical effects.

Wikipedia says there's been talk about making a sequel for much of the 2010s. This comes as a surprise to me who would have sworn there was a made-for-TV sequel in like the early 2000s. I'm probably thinking of some other Disney-brand kiddie supernatural comedy of the time.

You know, Thackery got into this story trying and failing to save his sister Emily from having her life-force sucked out by the Witches, who get executed shortly after. That's got to really rankle, not just that his sister got killed but that it didn't even do the Witches any good. (Well, I guess it meant they reincarnated as not-as-ugly-as-the-script-says, but that's still just a couple days of looking younger is all.)

bunny_hugger's father sent us was Hocus Pocus themed. It's labelled as such on the card; we just didn't recognize it, since we hadn't seen the movie before. We assume he didn't know the movie either, but there's literally no way to learn.

In the story comics: What's Going On In The Phantom (Weekdays)? Why did Heloise tell Mrs Dash they called their Aunt 'Mom'? July - October 2020 plot recap.

Now let's finish taking in miniature golf and Lakemont Park. Leap The Dips would not run, not even a test run, while we were there. But we'll be back sometime to ride it. Not, unfortunately, to spend a day there, not unless something considerable changes. But to see again at least. 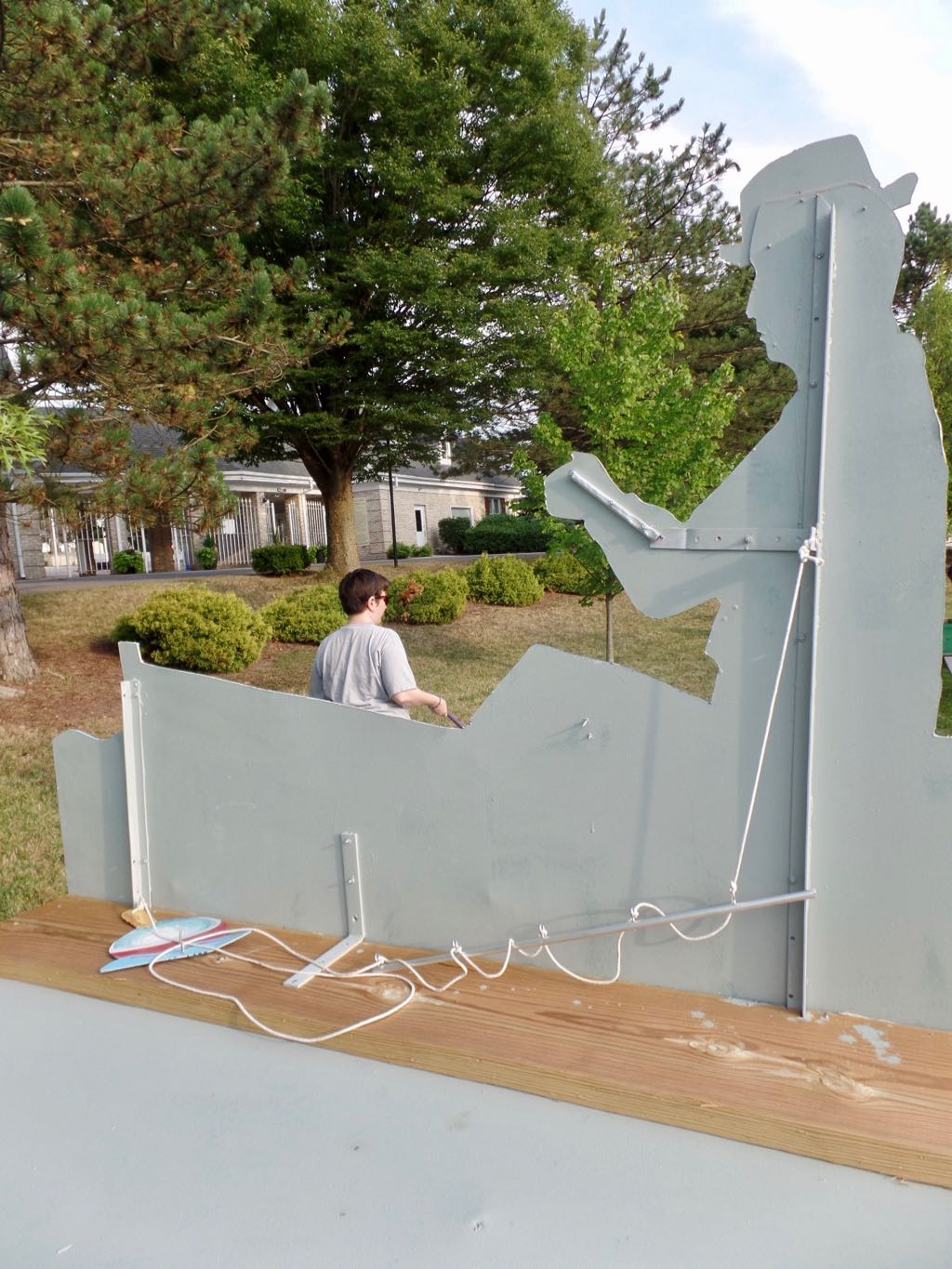 The back of a fishing-themed prop. Although the course was only a couple months old it had already taken some damage, for example this fishing pole being knocked down. 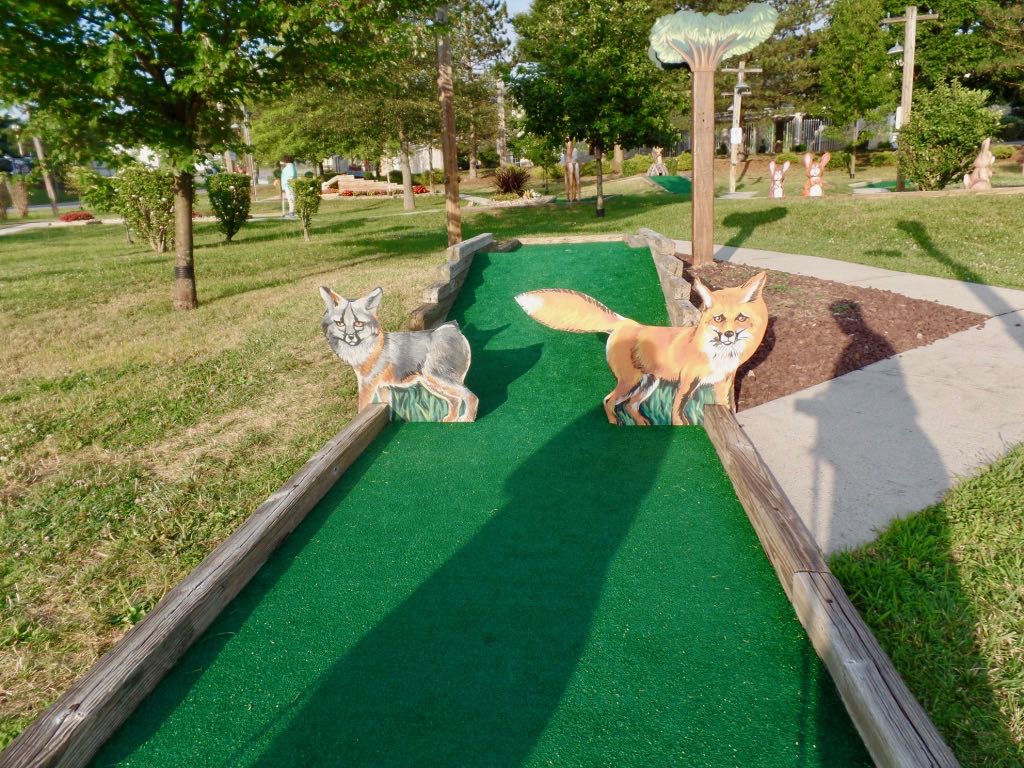 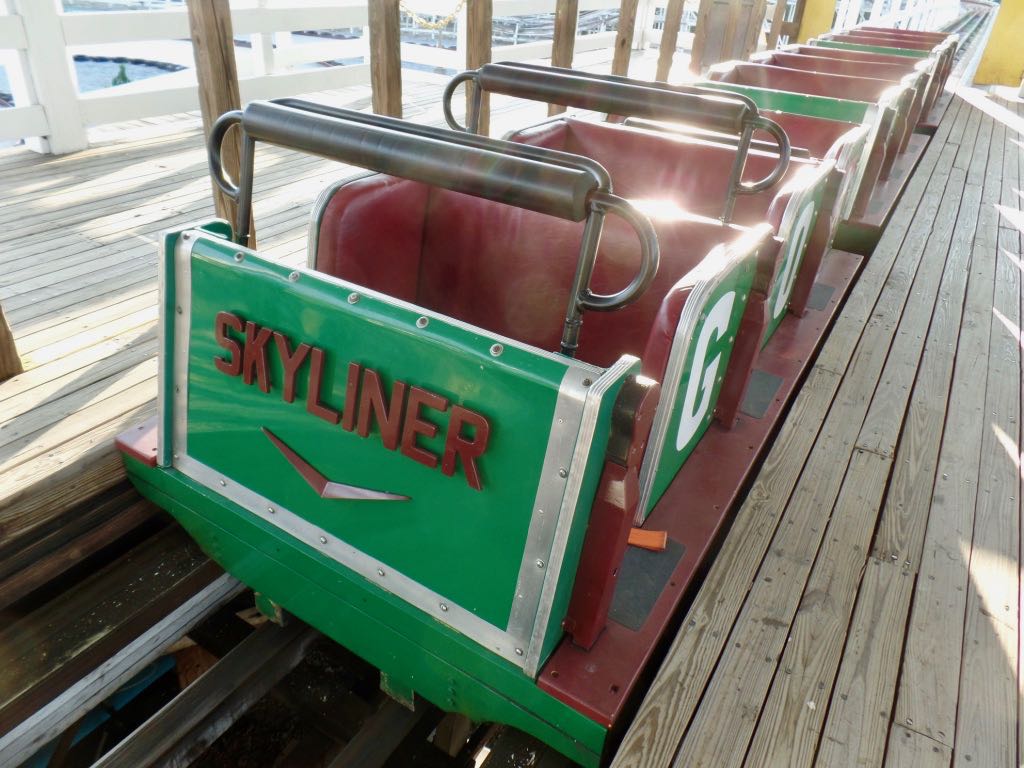 After the course we went back to Skyliner for one more quick ride. 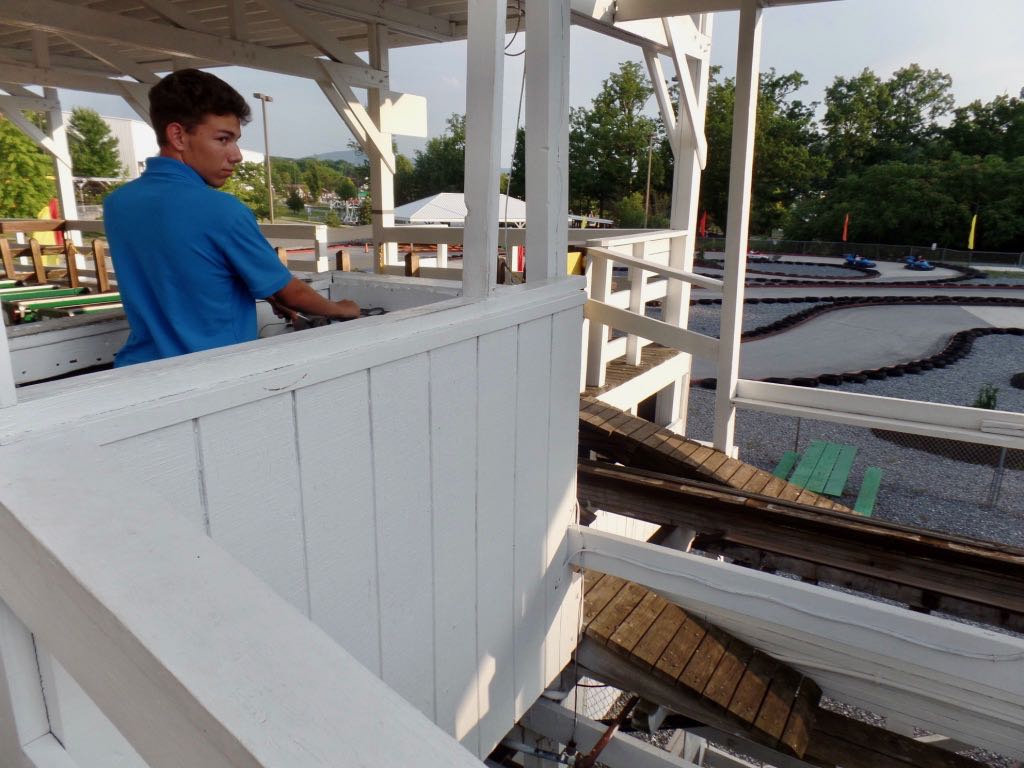 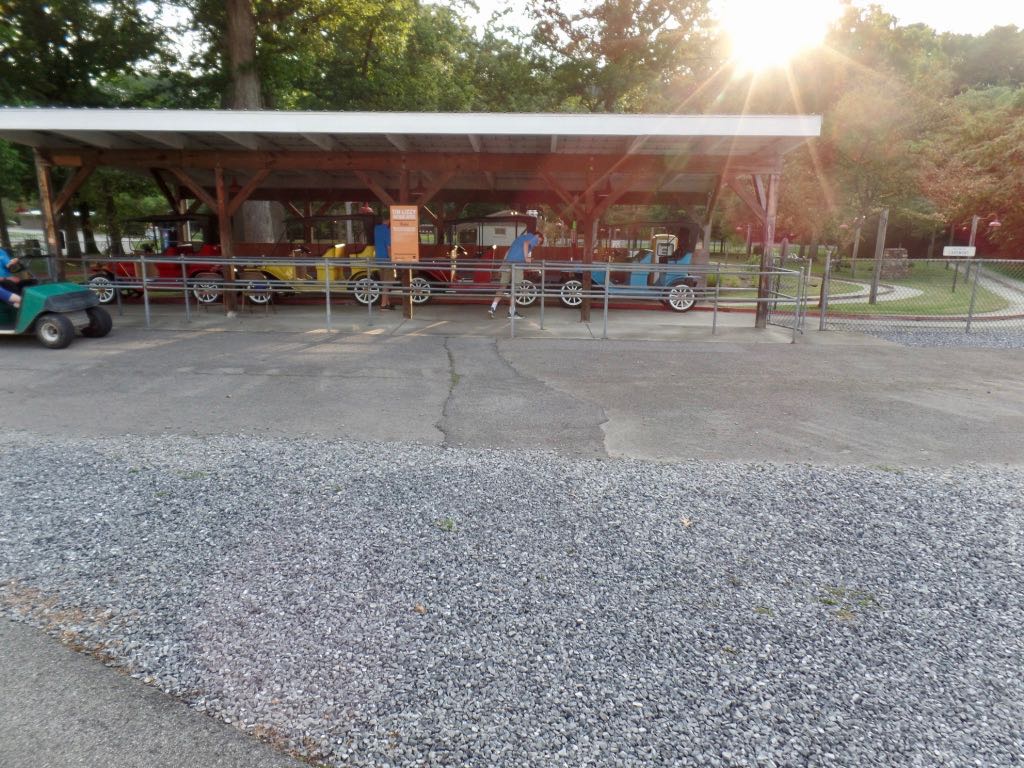 The Antique Cars ride is, I think, actually new and took the place of the bumper cars ride which provided me and

bunny_hugger our only emergency-stopped ride to date. (A kid started to cry, and I think might have been injured, so they stopped to get that sorted out, for good obvious reasons.) 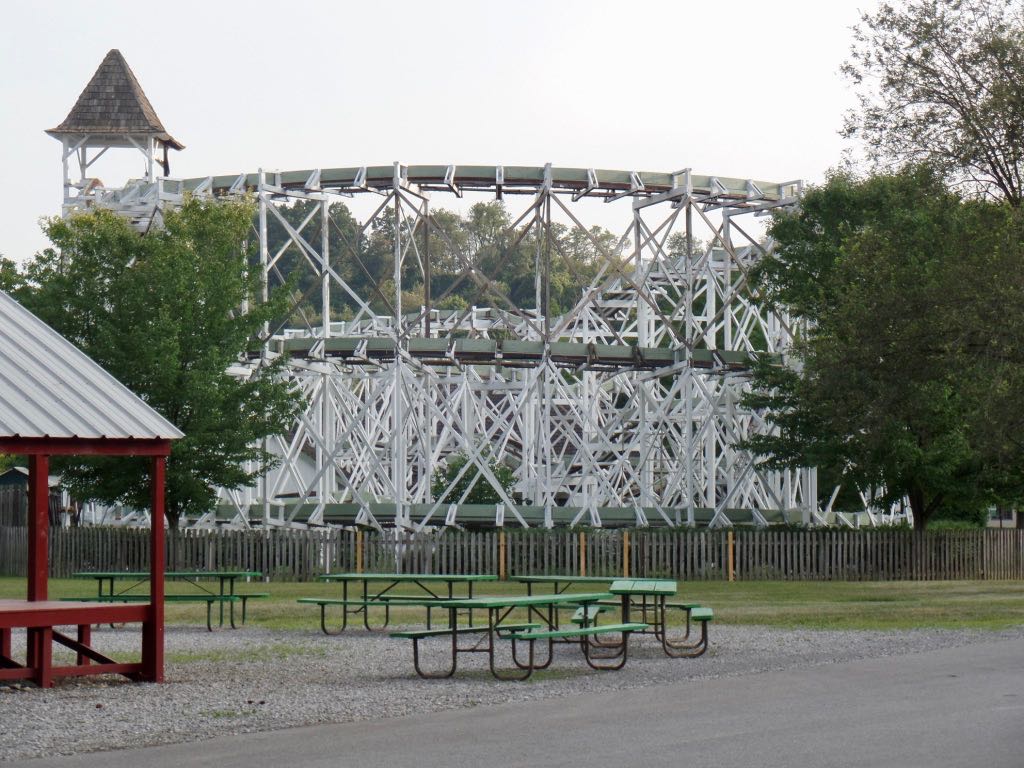 A look from near the Antique Cars ride back at Leap The Dips. Note the dip just up and right of center. 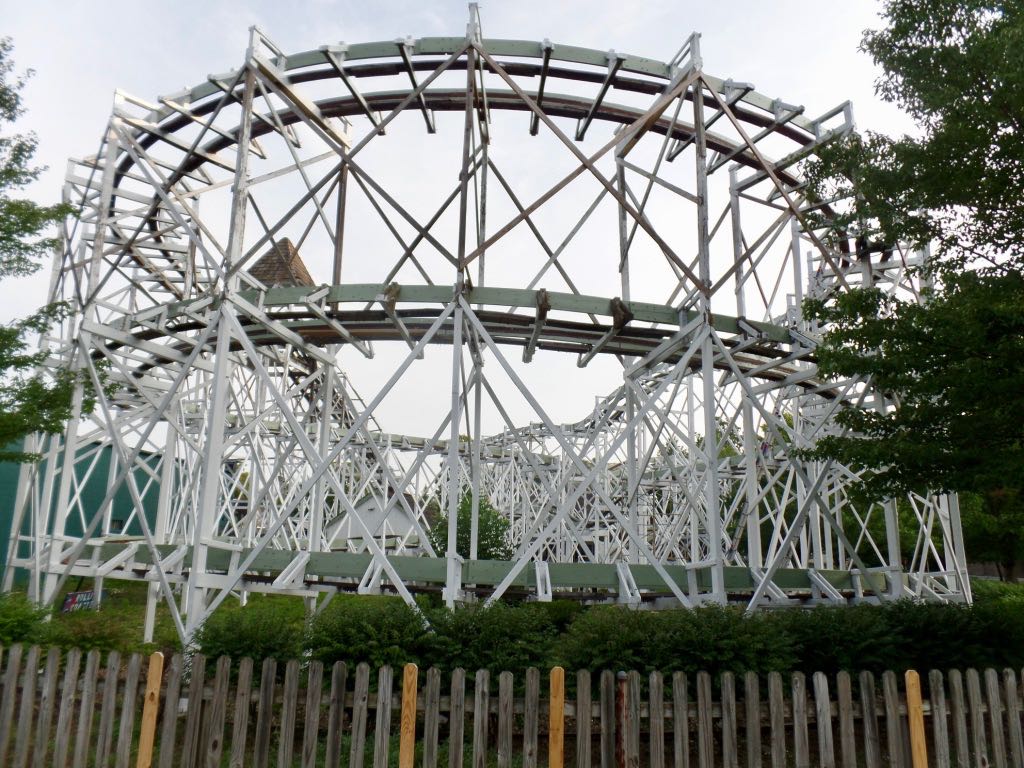 Looking at Leap The Dips from the far side, past the lift hill. 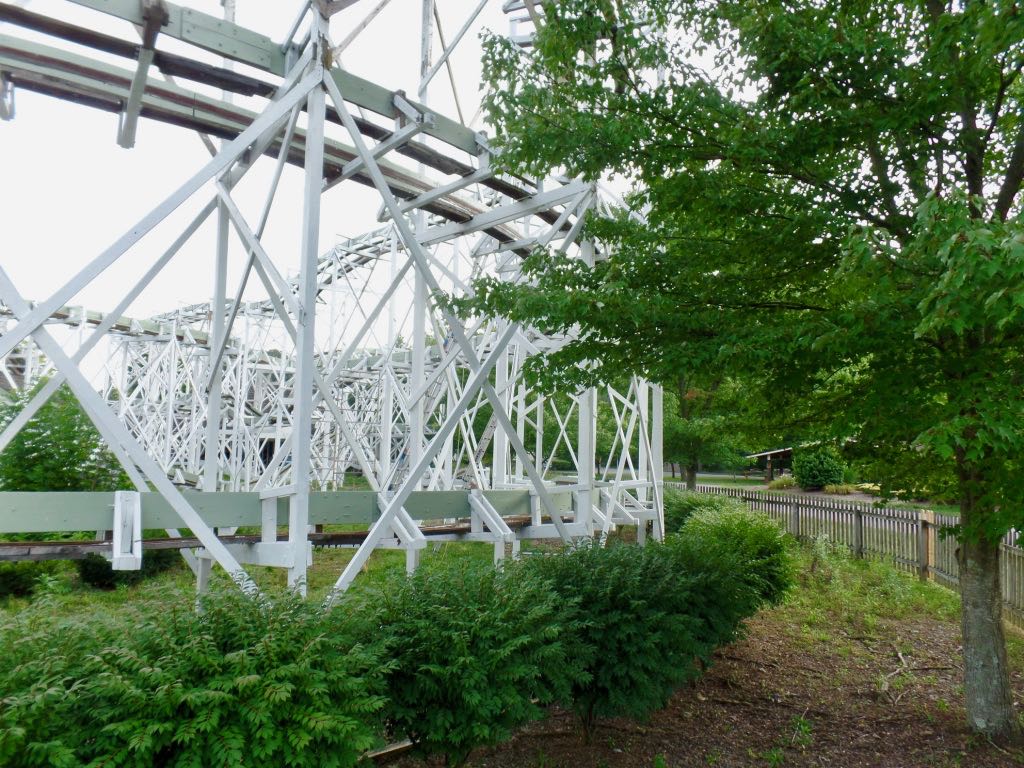 You can see two of the dips for leaping here. 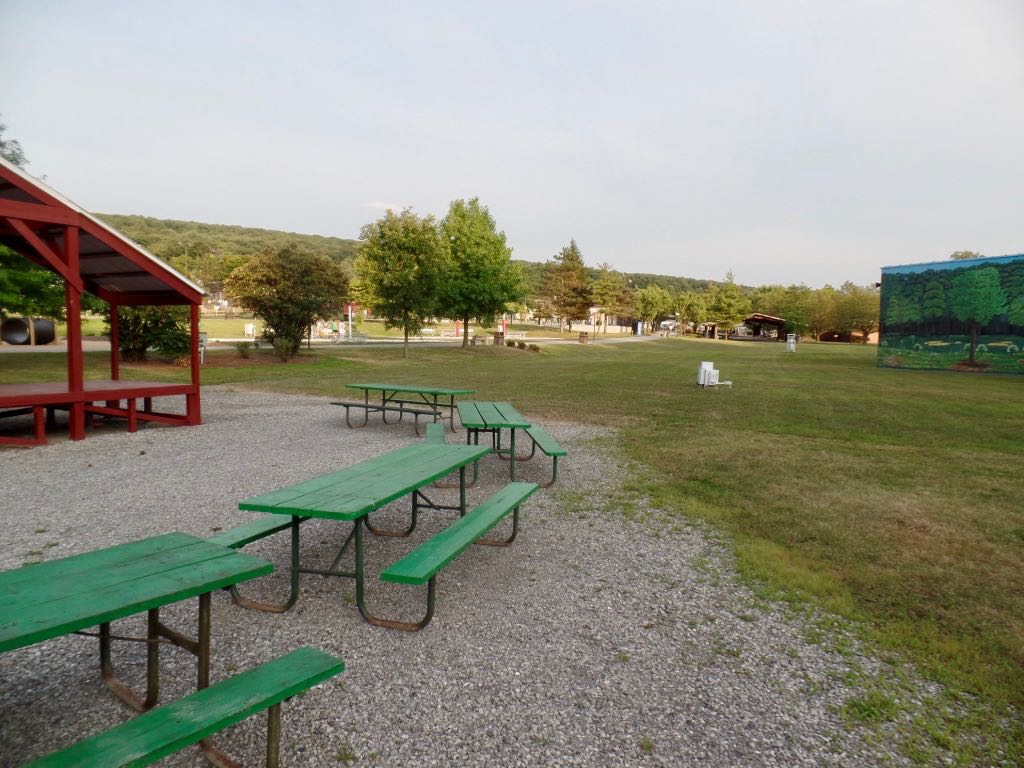 And a look from Leap The Dips back to where, well, amusement park used to be. I sure hope the management of the park knows what it's doing. We had to hurry on, though, to get to ... 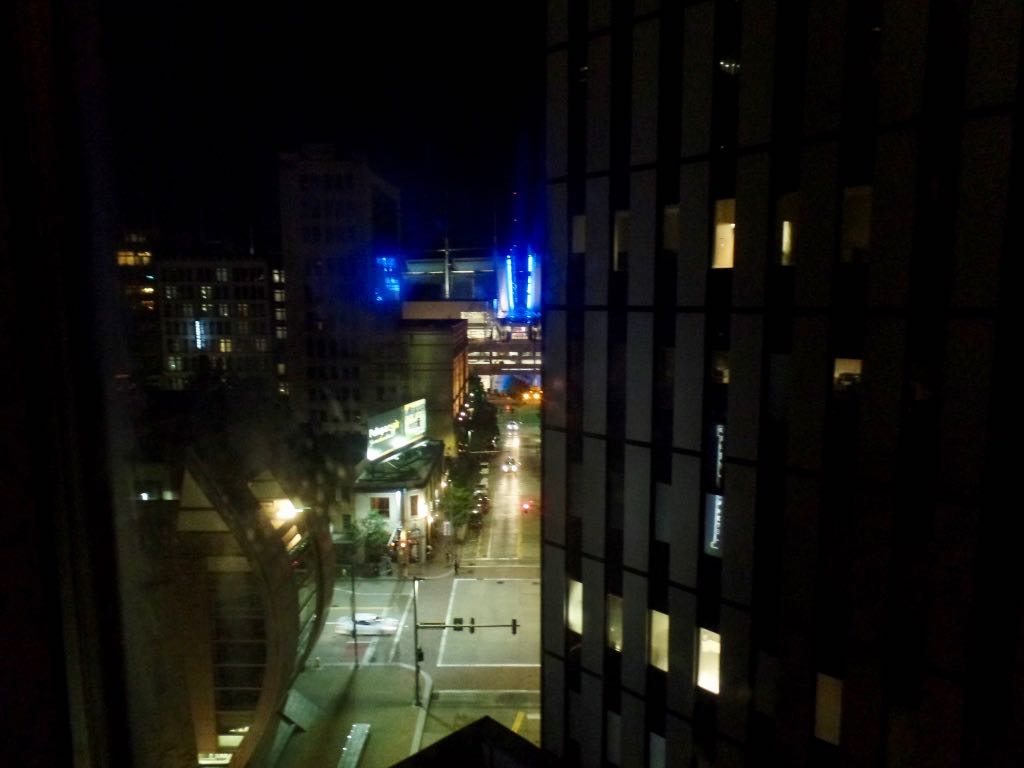 Here! Oh, what a lovely little sprawling cityscape by night. And where are we? What are we doing? 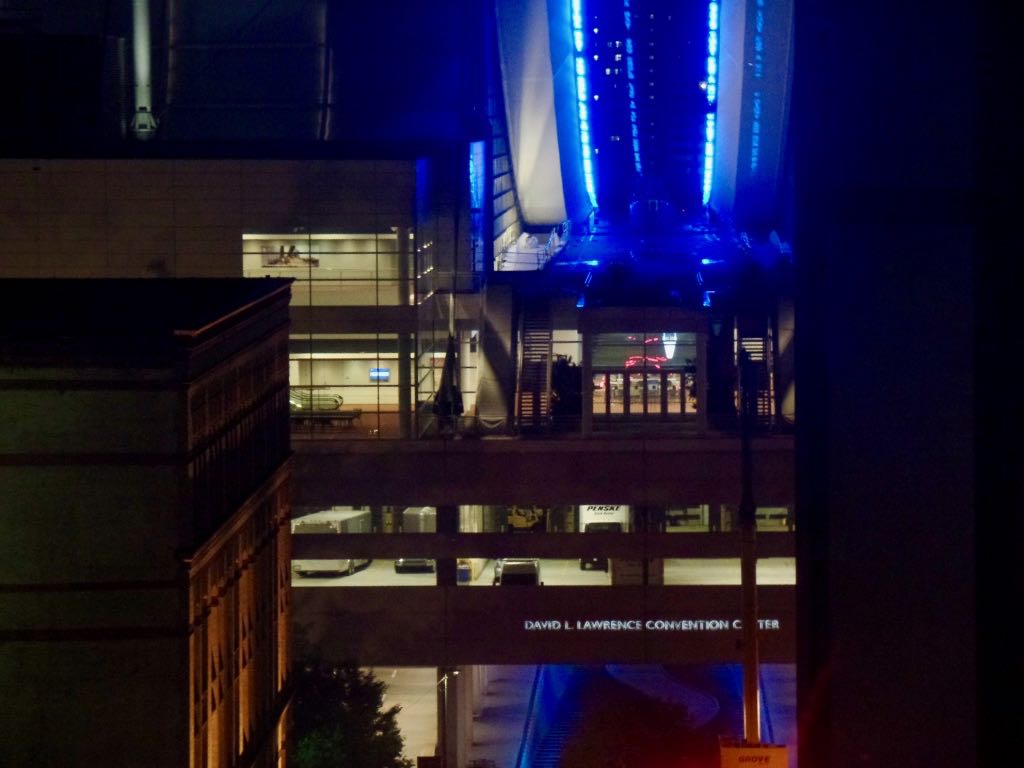 Yup, literally impossible to work out where we are or why we're there. I guess it's a mystery for the ages.

Trivia: Near the end of 1991, Slade Gorton, Republican Senator from Washington state, asked Nintendo of America's Minoru Arakawa and Howard Lincoln if Nintendo could help keep the Mariners from moving out of Seattle, by buying the baseball club. Source: The Ultimate History of Video Games: The Story Behind The Craze That Touched Our Lives And Changed The World, Steven L Kent.