I was there to match my intellect on national TV

Big piece on the mathematics blog today. My All 2020 Mathematics A to Z: Statistics gets more political than you might have expected. Well, it's about important stuff. 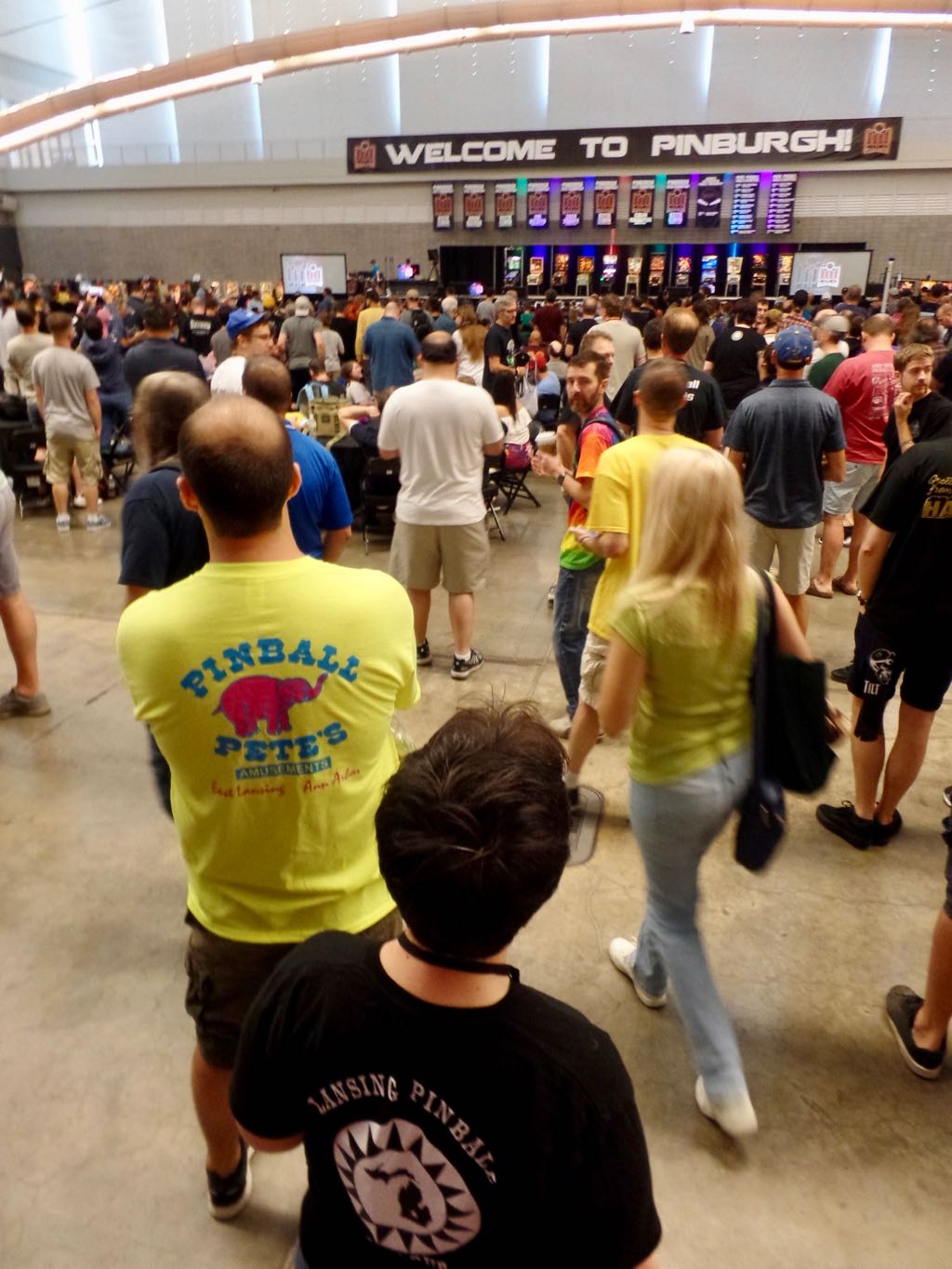 I jested, of course, when I said there was no way of knowing what we were in Pittsburgh for. It was the 1st of August, 2019, and the start of Pinburgh, after the longest wait --- 53 weeks! --- from the last time the largest pinball tournament in the world began. Here, we gather, listening to the inspirational message, ``[ inaudible ]''. 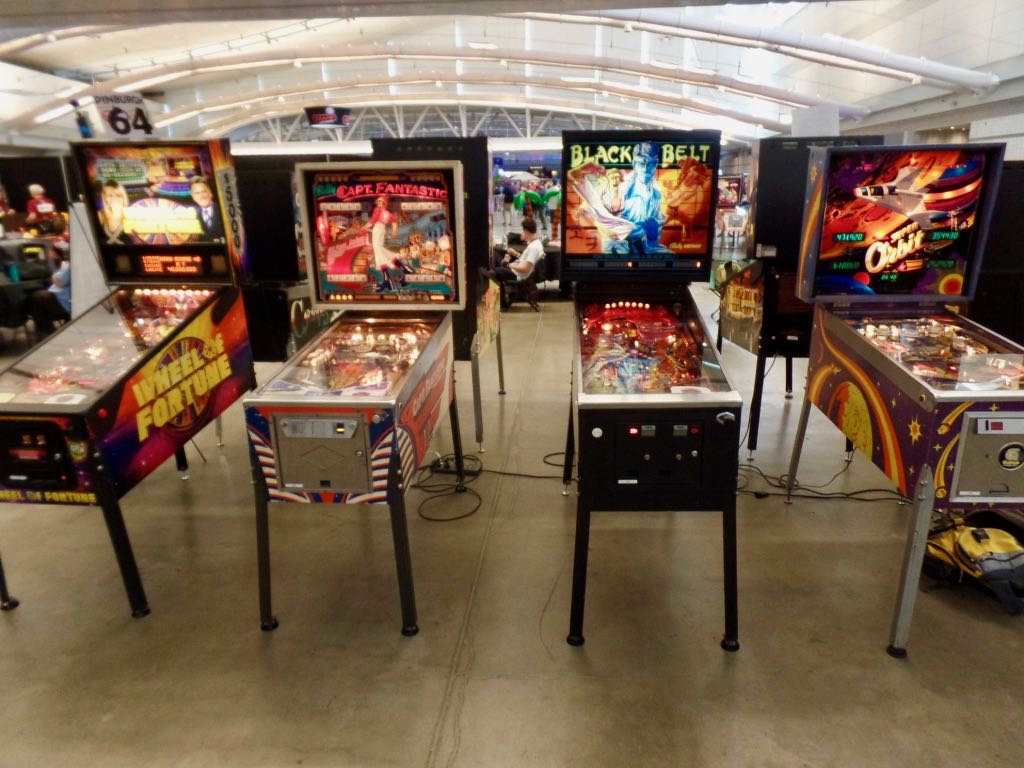 My first bank! Pinburgh is ten rounds, and in each round is a modern game (here, Wheel of Fortune), an electromechanical game (Captain Fantastic), a late-solid-state game (Black Belt), and an early-solid-state game (Super Orbit), at least so far as the tournament can balance it. There's some cases where, like, an early dot-matrix-display game has to sub for the late-solid-state, or other such mild variations. 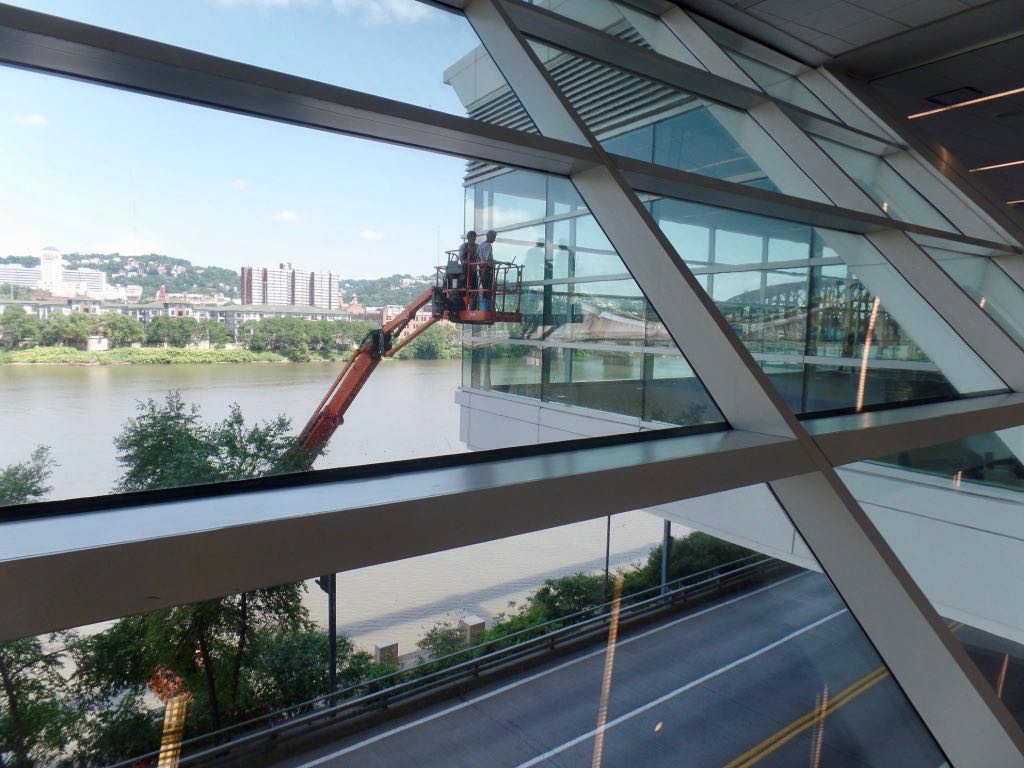 ``Hey ... got any furries left?'' Pinburgh occupies the same hall as Anthrocon, although it attracts less attention from the general community because only a few players compete in fursuit. 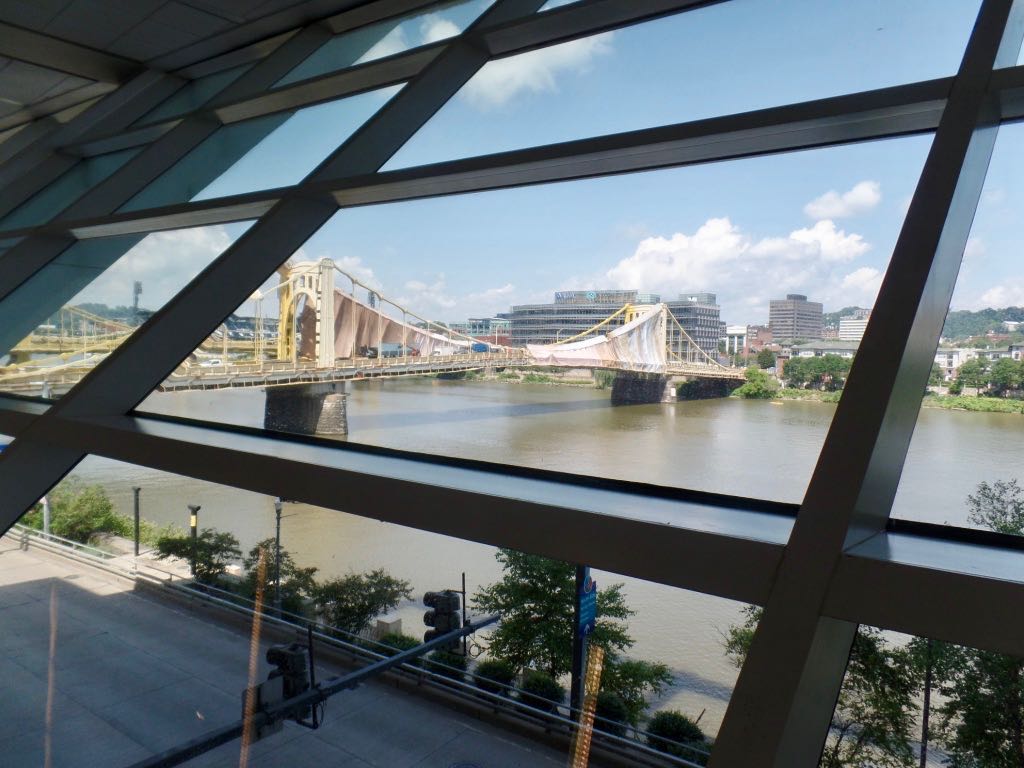 Here, though, we see Pittsburgh's famous Yellow Bridge Outside The Anthrocon Hall as it puts on its pants. 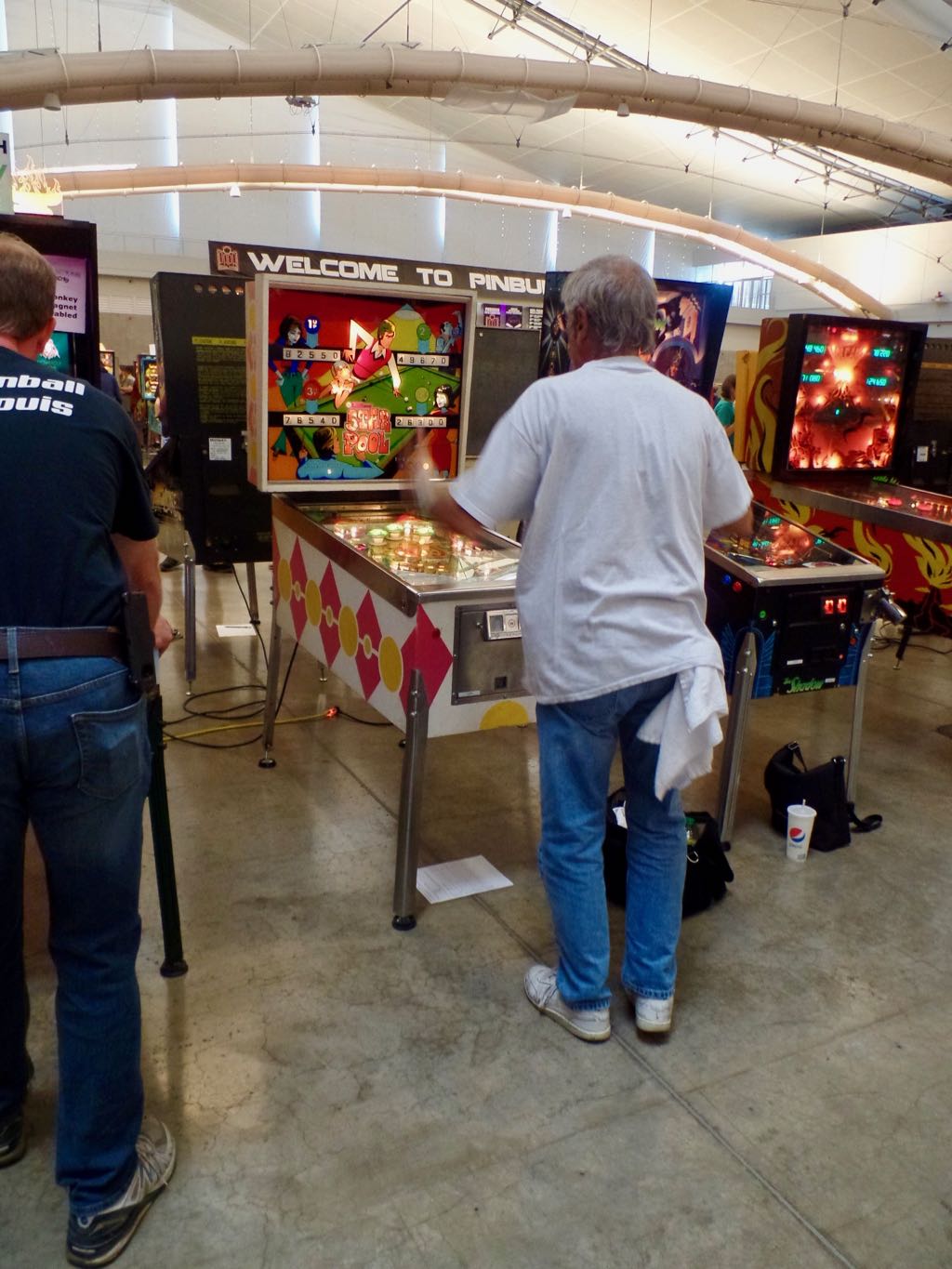 ``I saved pinball for this?'' Roger Sharpe, famous for the ``called shot'' that clinched New York City legalizing pinball in the 70s, has one of those moments on Star Pool. Electromechanical games like this do that to everybody. 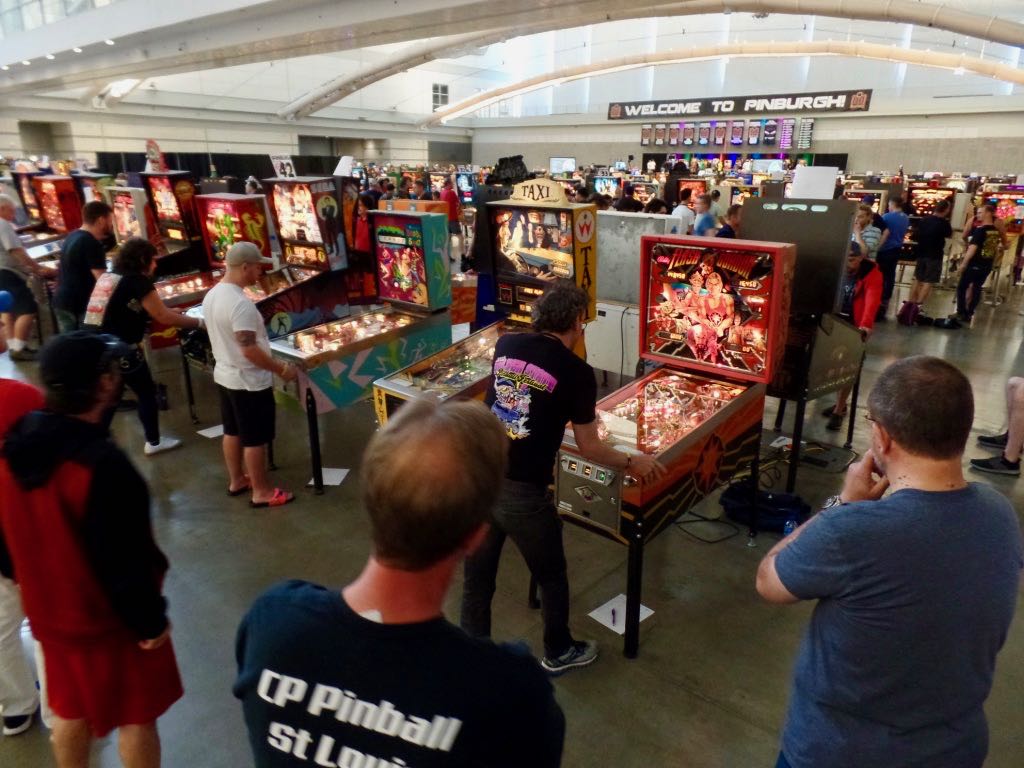 My third bank, which included Goldeneye, Doodle Bug, Taxi, and Flash Gordon. I felt really good about all these games, which I've played and know tolerably well. I came in last on two of them and next-to-last on the other two. 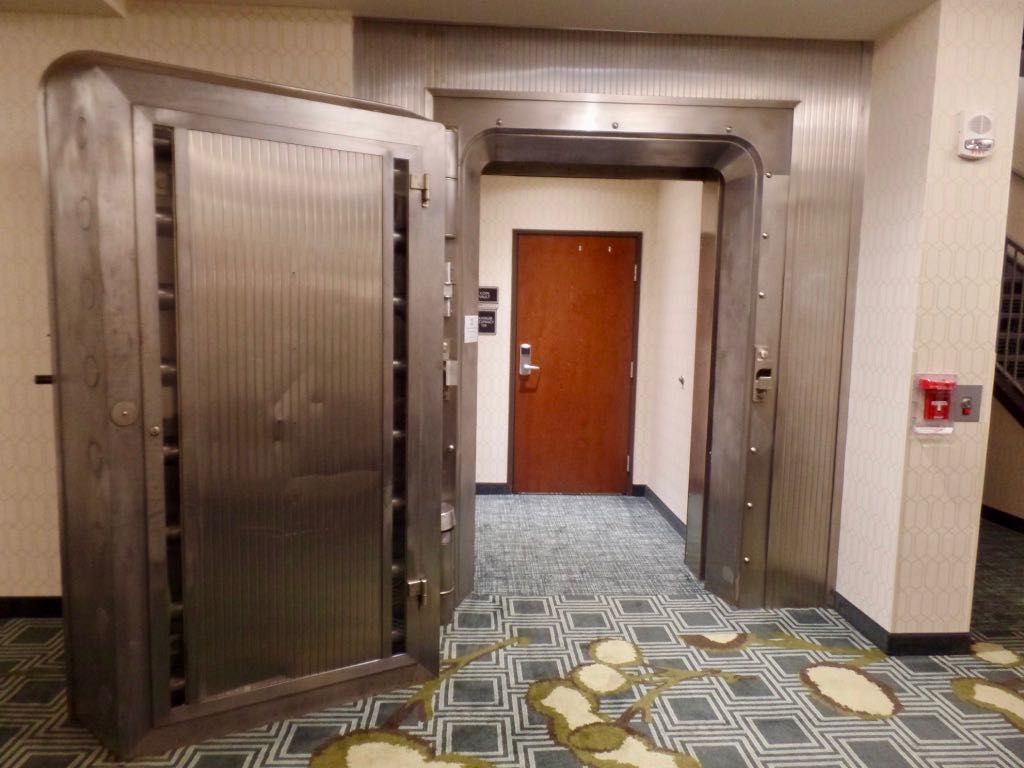 Our hotel used to be the Federal Reserve Branch office for Pittsburgh. So in the basement (which also leads to a ground-level exit) were the safes and they've turned them into conference rooms, in case you need a place to discuss with GREAT SECURITY your projections for the fourth quarter. 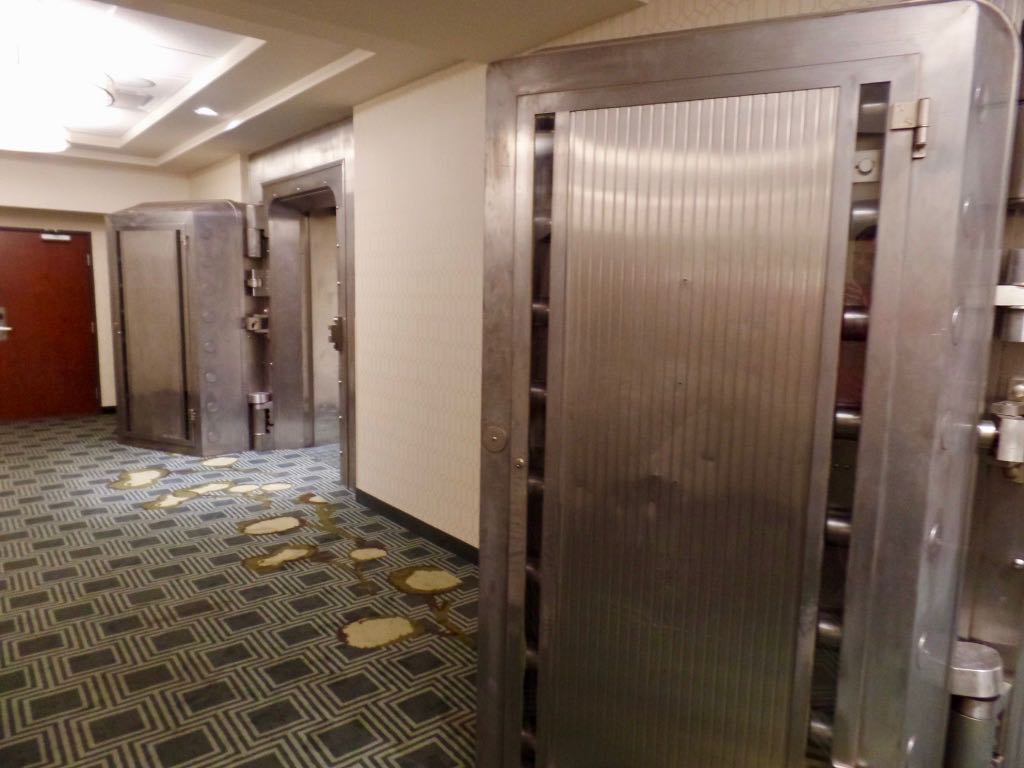 I like to think that Anthrocon has some events in the hotels, as satellite events, because it would be really funny to have the Raccoons SIG meeting behind bolted doors like this. 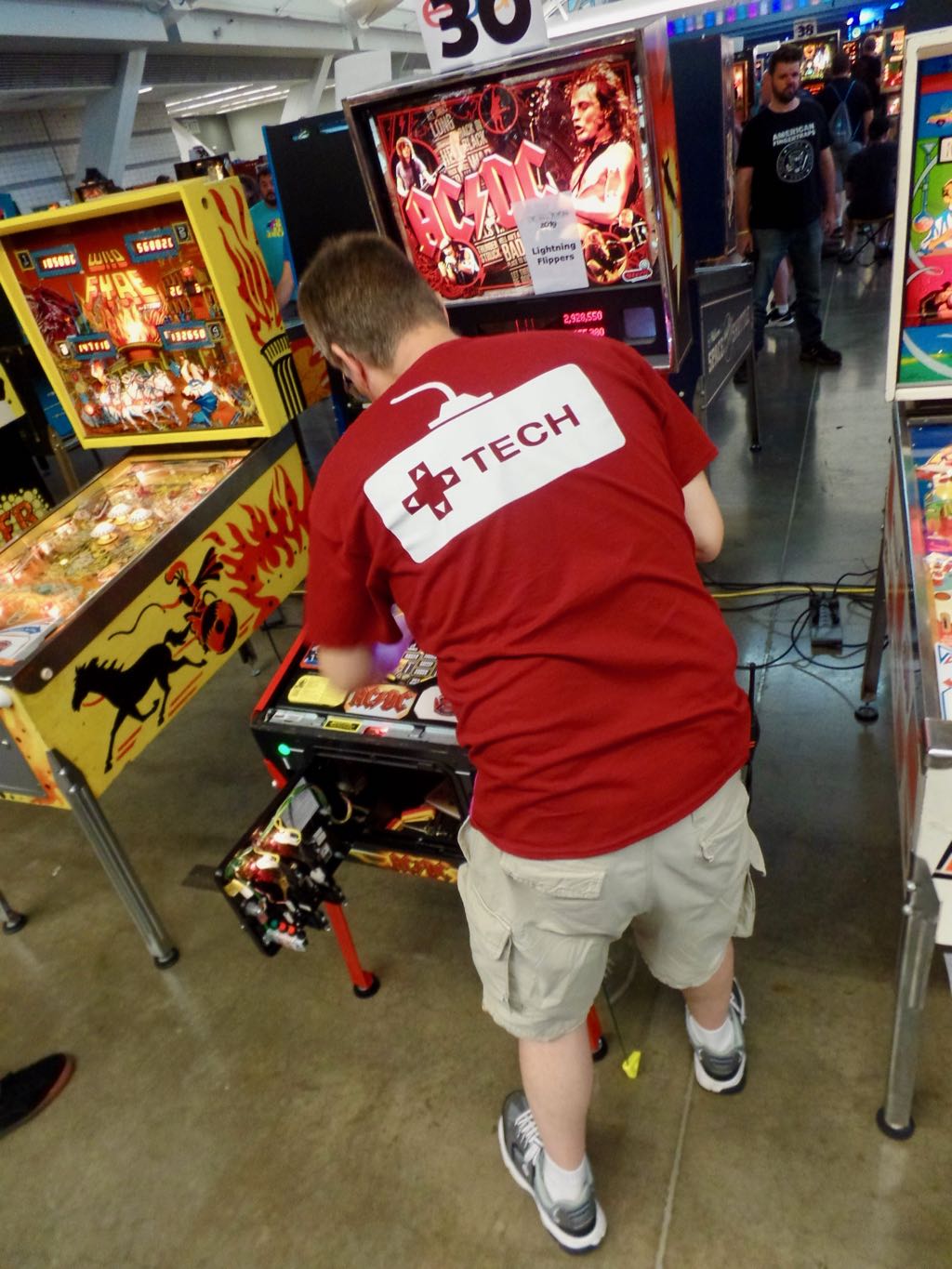 There's a lot of techs who work Pinburgh and do amazing in-game repairs like this as necessary. 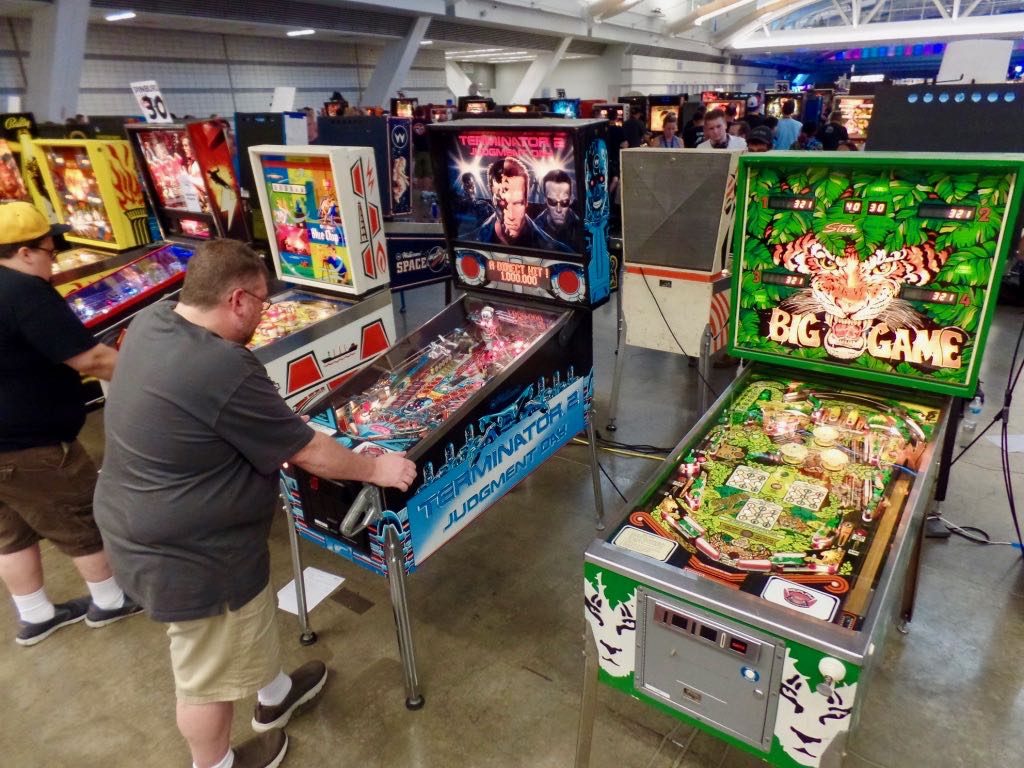 Another of my banks! AC/DC for the modern game, Blue Chip for electromechanical, the early-modern game Terminator 2 pretending to be a late solid state, and Big Game as the early solid state. Though Blue Chip is a reliably kind game to me at Fremont events, I came in last by far on this instance of it. 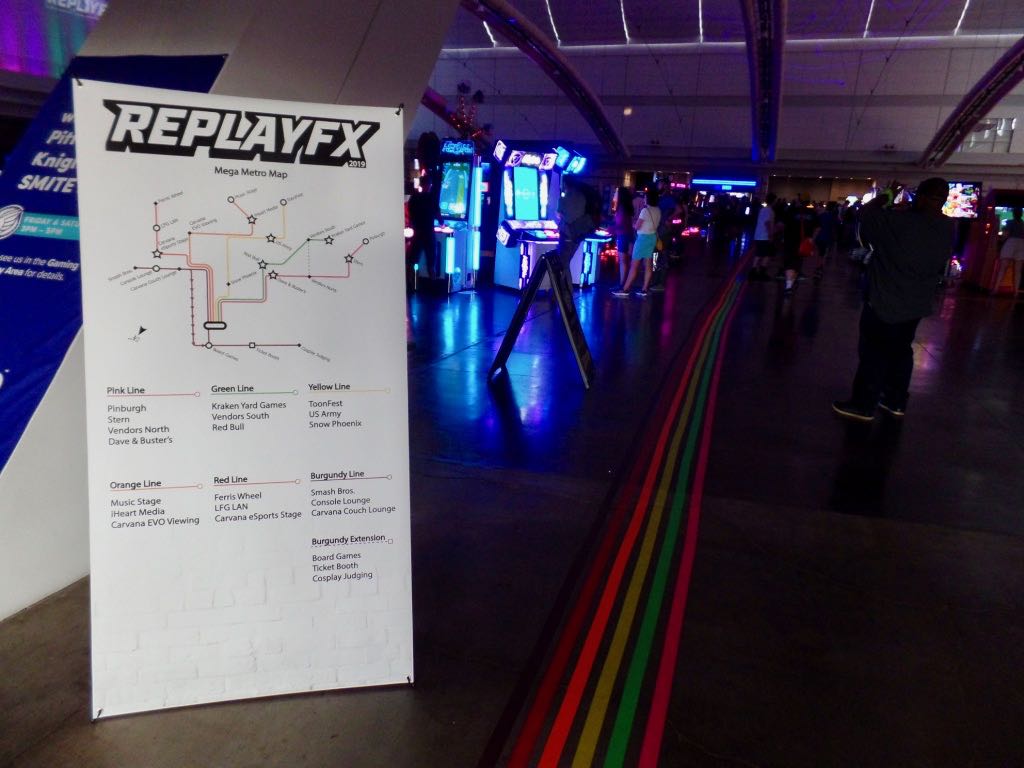 A new thing for Pinburgh/ReplayFX 2019 was these floor lines to help people find stuff. Also I live for mock subway lines. 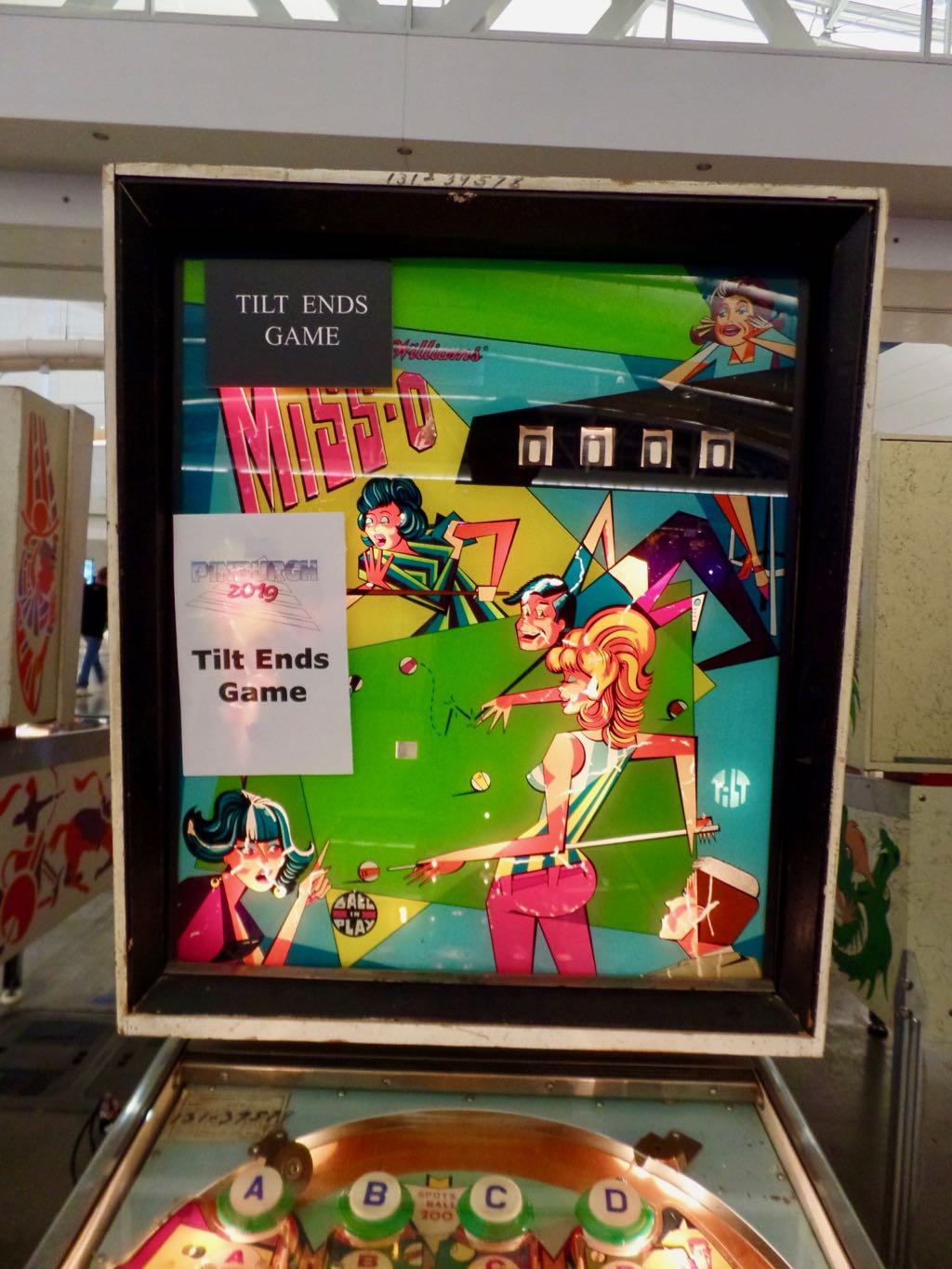 Electromechanical game Miss-O, made in that era when pinball art really got into the Pop Art style of sharply angular people with sharp points everywhere. I think the woman playing pool has a prominent nipple because of an unfortunate reflection of the light, but am not positive. Anyway, notice a player --- not me, mercifully --- had the most terrible possible outcome: tilting without any score. Ouch.

Trivia: John Mason Neale, author of the 1855 Murray Handbooks for Travellers for Portugal, also composed the lyrics for the Christmas carol Good King Wenceslas. Source: On The Map: A Mind-Expanding Exploration of the Way the World Looks, Simon Garfield.