Against a plumber, oh and an architect, both with a PhD

And today it's my time to look over the humor blog from the past week. Run recently have been:

Back to Thursday at Pinburgh 2019. I don't have many pictures of the day because I was really busy playing and I'm aware that almost every shot of someone playing pinball looks the same. 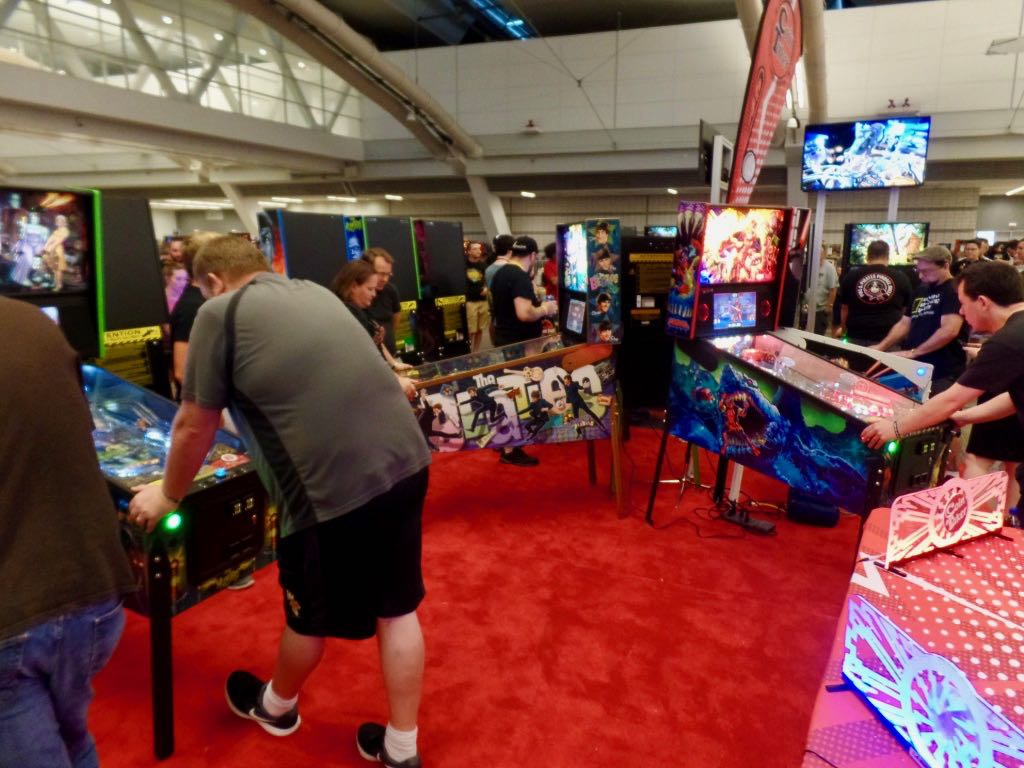 Of course a full day playing pinball can wear you down, so Stern set up this nice little vendor's area where people can come over and ... play pinball some. I didn't play any of these. While it's fun to see the newest wares, I would go to the free-play area and seek out weirder and more obscure games. I know places to play Beatles or Deadpool tables at home. 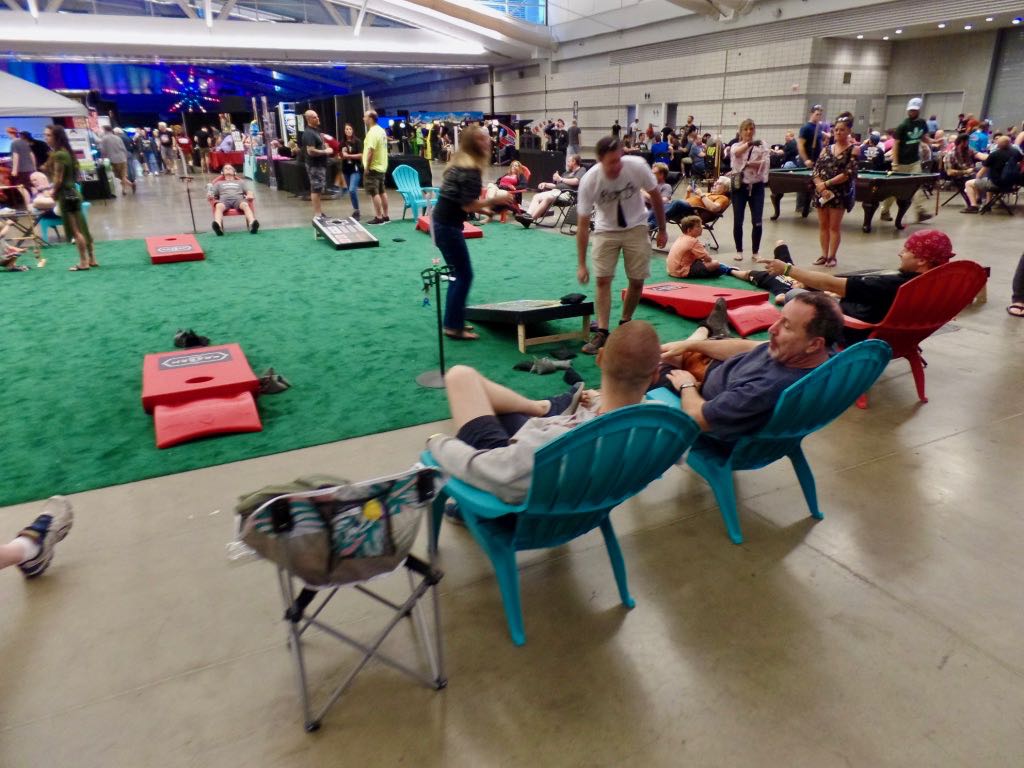 Here's a more relaxing relaxation area, set up by someone selling beer, I think. ... I have no memory of the pool table in this photograph but there you have it. Also notice that starburst in the far background on the left. More to come about that. 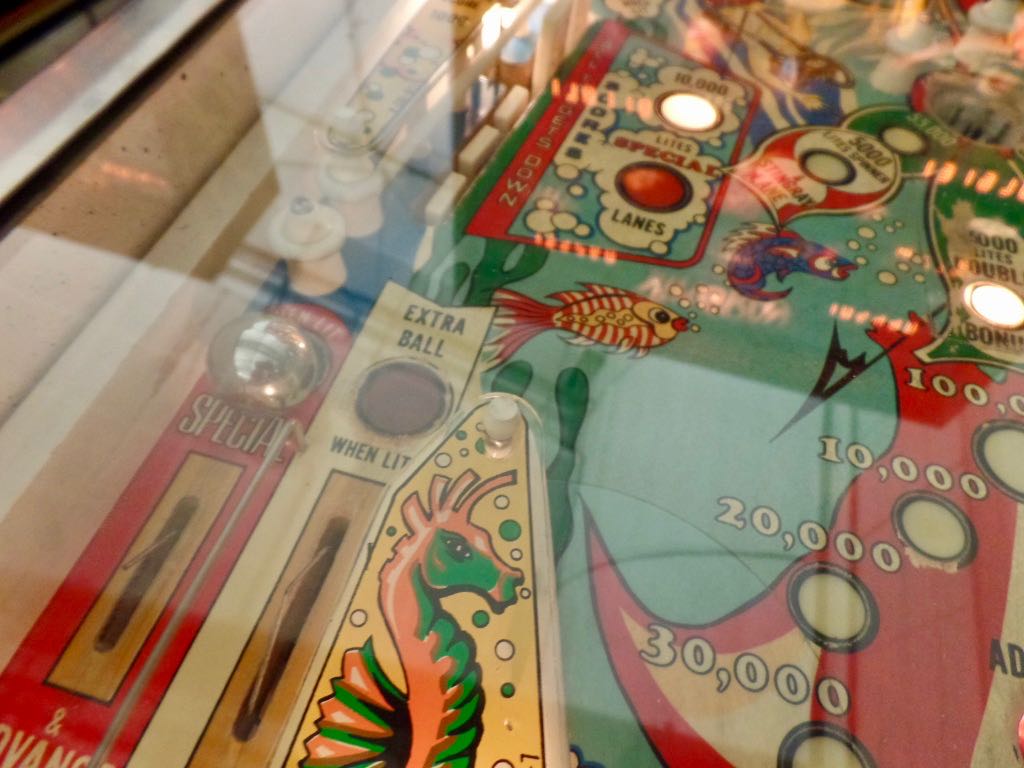 So, uh, your ball didn't drain, but ... ... Stuck balls can happen in the weirdest places and often on older tables the lamps have burned away little divots in the wood. A slow-moving ball can get stuck. You can try rocking the table to shake it loose --- it's your ball, after all --- but if it tilts you lose your bonus or possibly the rest of your game. Or you can call a tournament official who'll, in this case, normally just tap the ball down so it rolls over the outlane switch and end your ball. Also, notice the difference in switches between the outlane --- a single wire --- and the inlane --- a loop --- which reflects whether the ball's ever expected to be able to roll both ways. 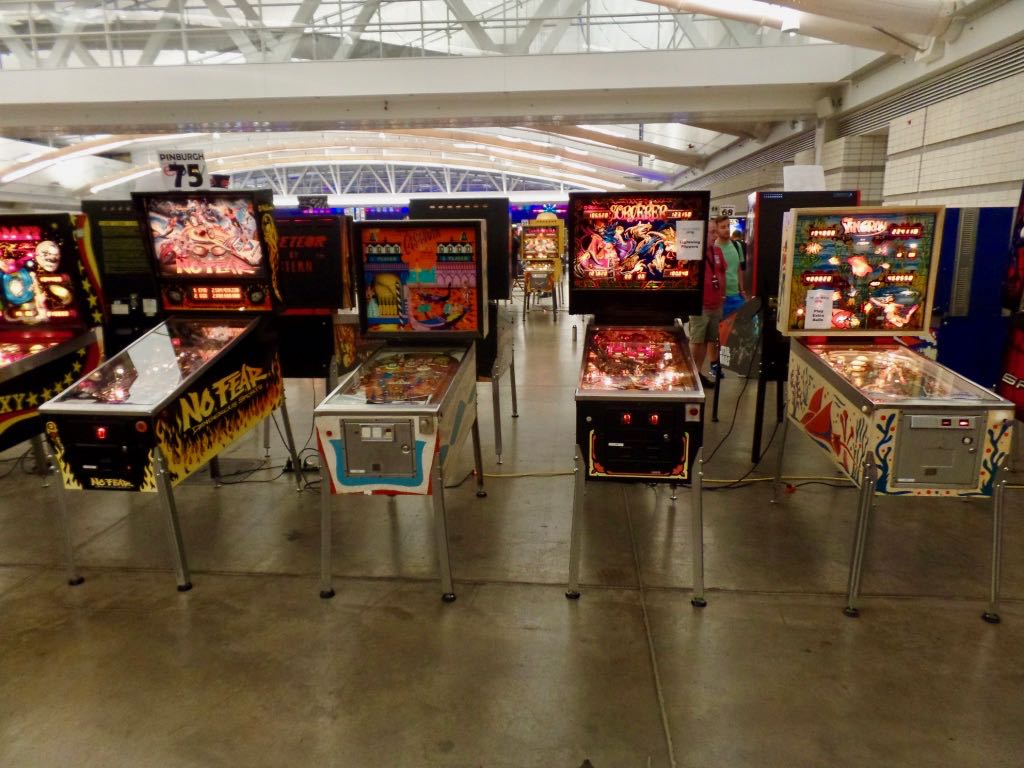 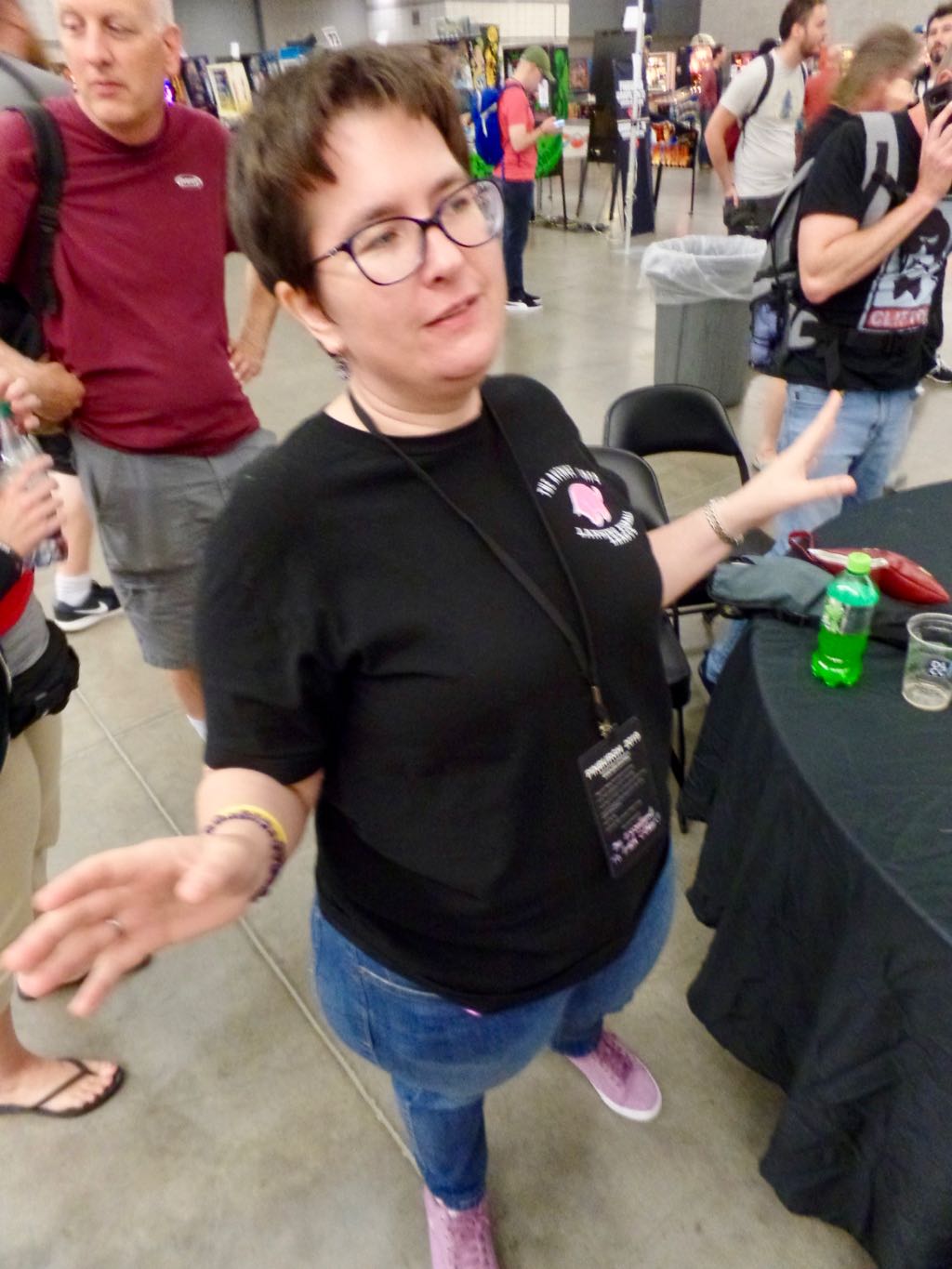 And that wraps up Thursday at Pinburgh 2019. What happened on Friday? Here's the next couple pieces. My first bank on Friday, including Game of Thrones --- not running the code update that Knoebels had put on its machine and that we played two ays before --- and Miss-O, Big Guns and Cheetah. Cheetah I know well from MJS's pole barn and really like and don't ask whether I had a good time at it. 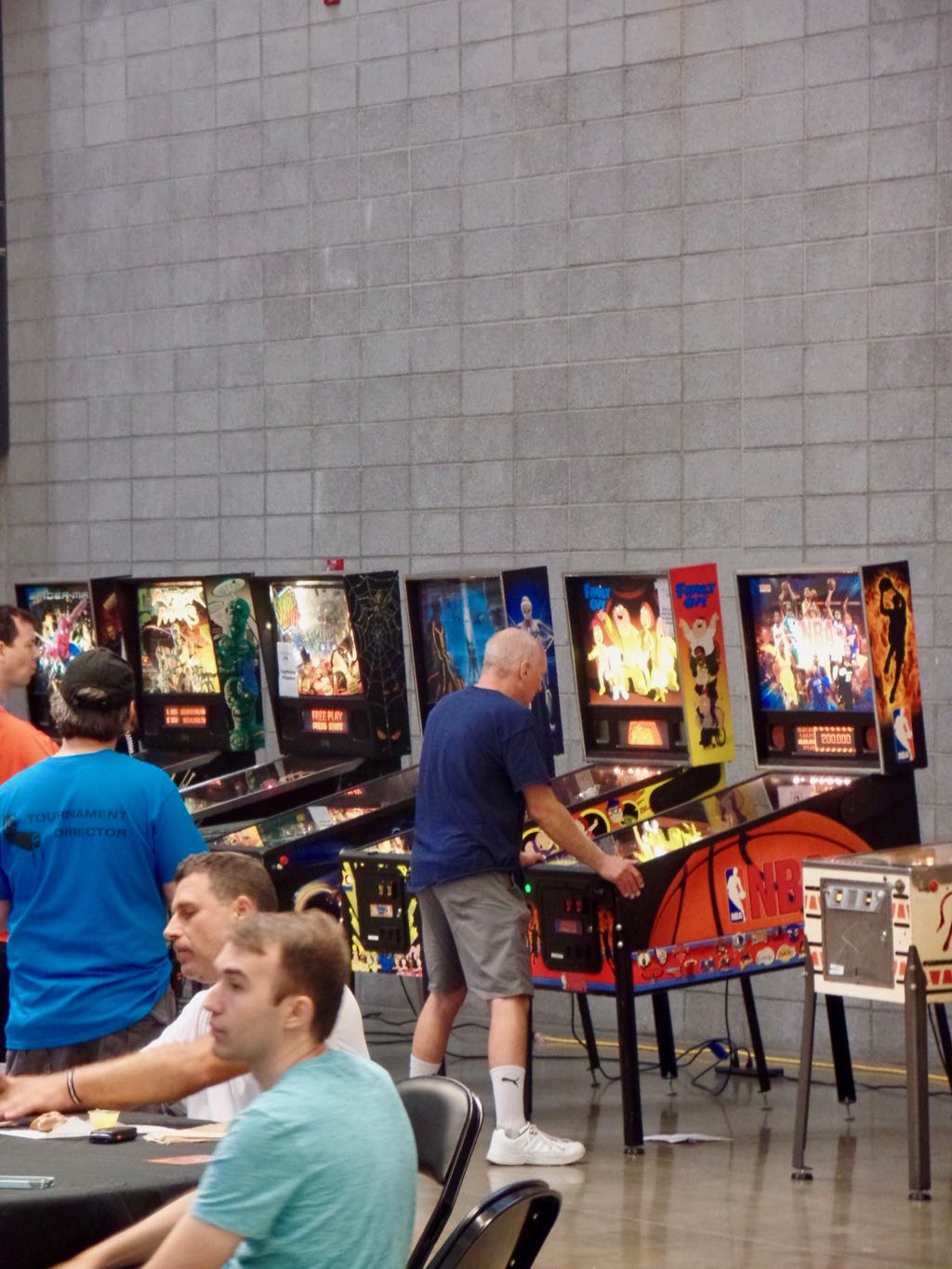 Folks condemned to playing the backup tables. There's the row of games at the back of the venue for when some game just could not be repaired without an excessive delay. NBA is one of modern Stern's first games. (There was an earlier Stern Pinball in the 70s and 80s.) 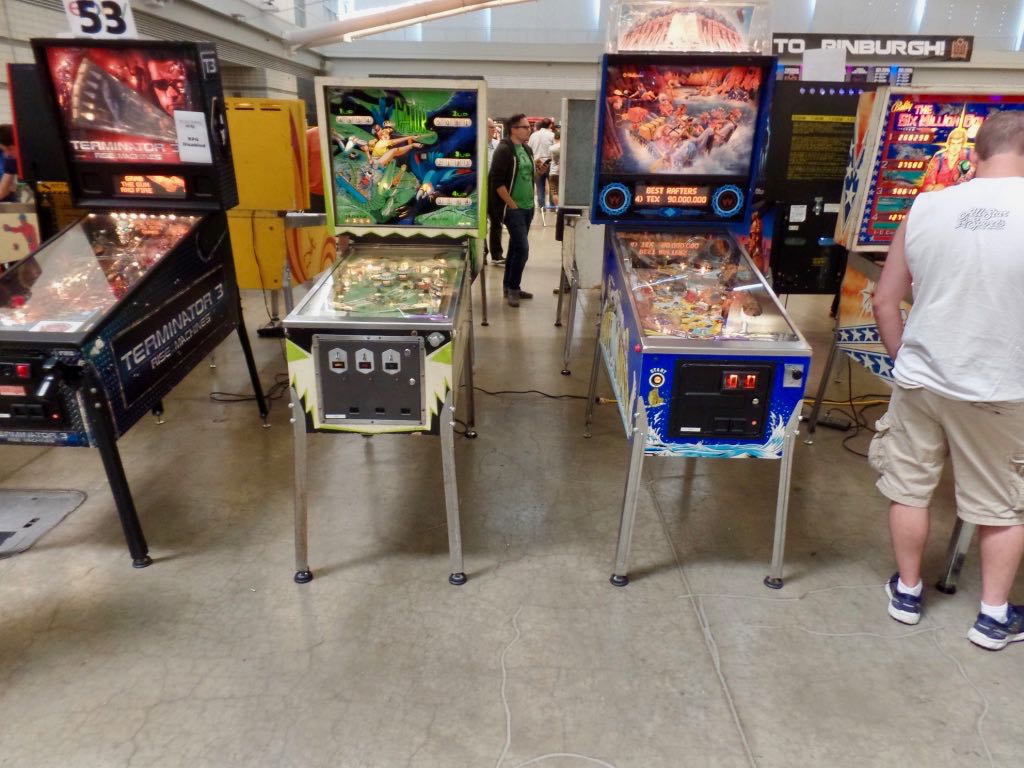 Second bank on the day. I didn't win any game this round, but I had some good comes from behind for second place. Particularly, Terminator 3, there's the warning that the RPG, this backglass gimmick, is disabled and so I didn't shoot for it ... until noticing one of the other players did, and while it was disabled, the disable just gave you a flat five million points. This is not trivial on that game, especially in the tough Pinburgh play conditions, so then I went shooting for that and came satisfying near winning. Whitewater, that's a game I almost always bomb out on, but I realized that if I just shut up and trapped the ball and shot for safe but boring shots I could grind out a win. I couldn't, but I did grind out a second place again. 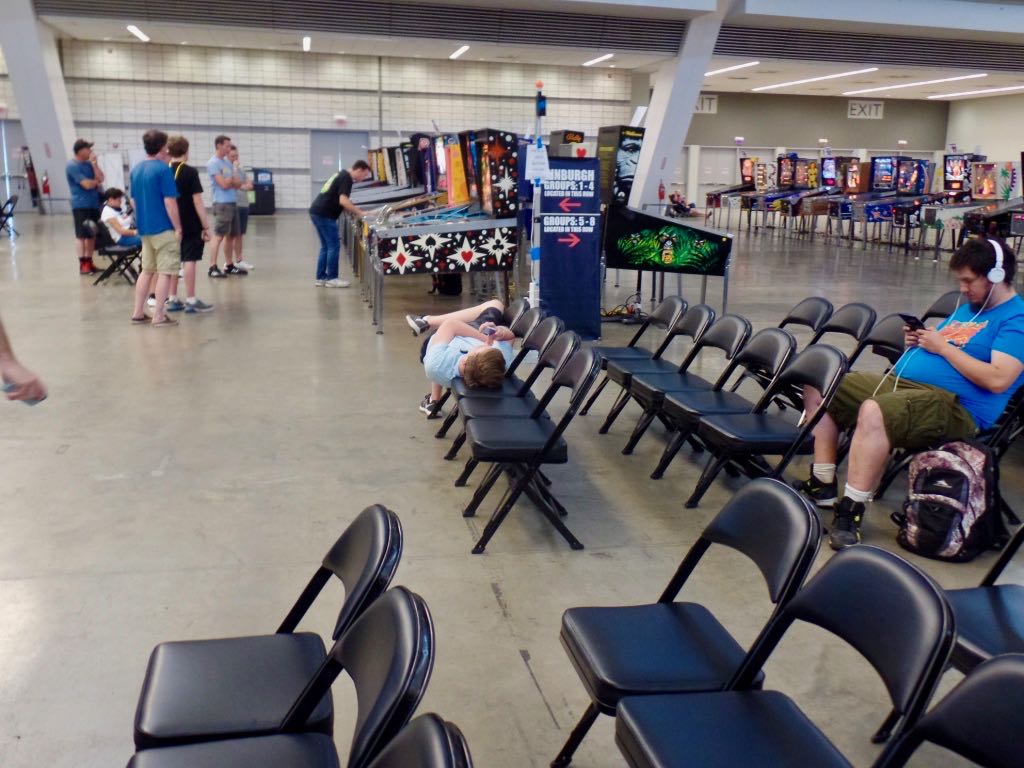 The long wait while some groups take forever to finish their round. 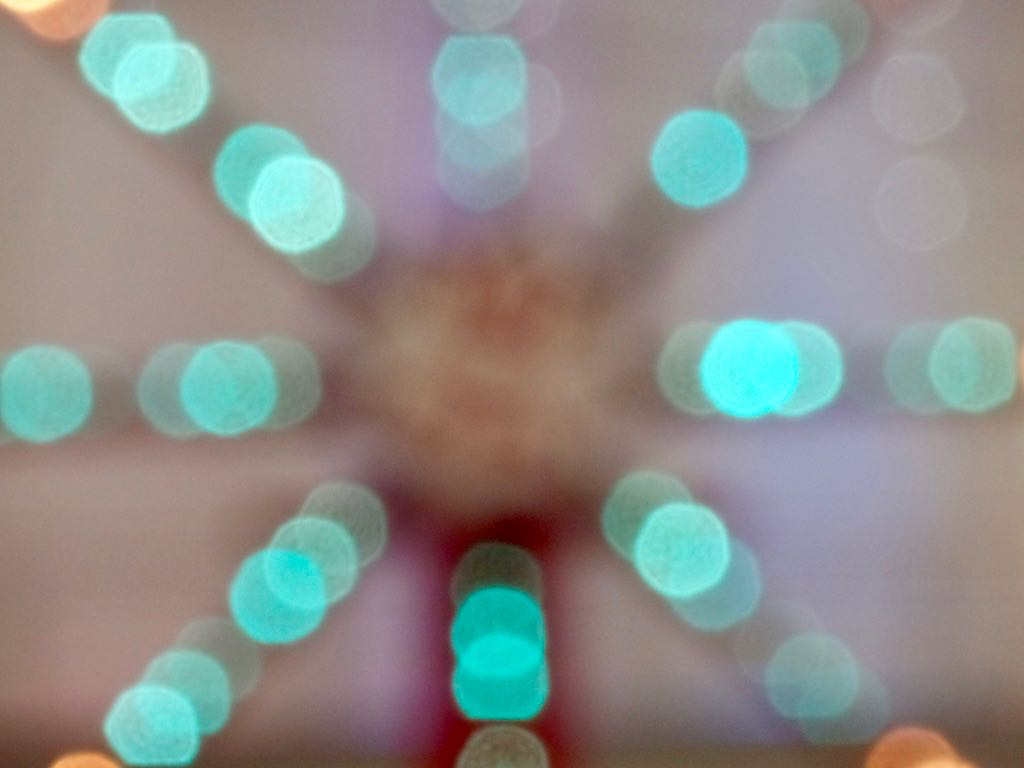 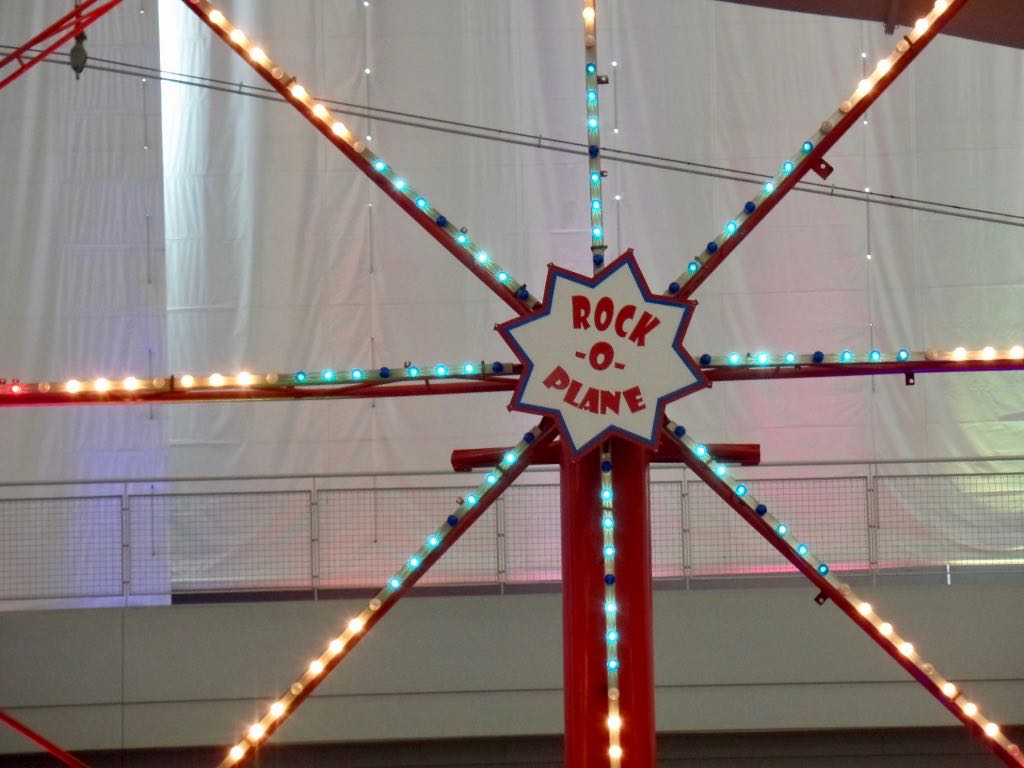 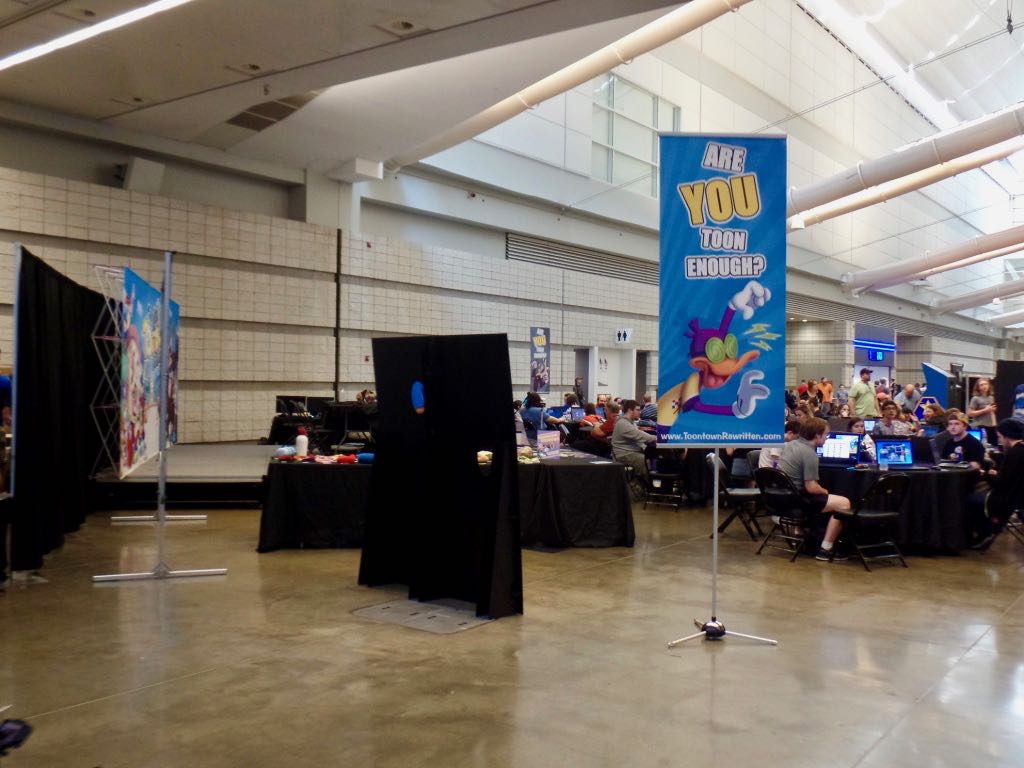 ... Truth be told, no, I'm not. Toontown Rewritten has a big presence, including with costume parts, every ReplayFX that I've been at. 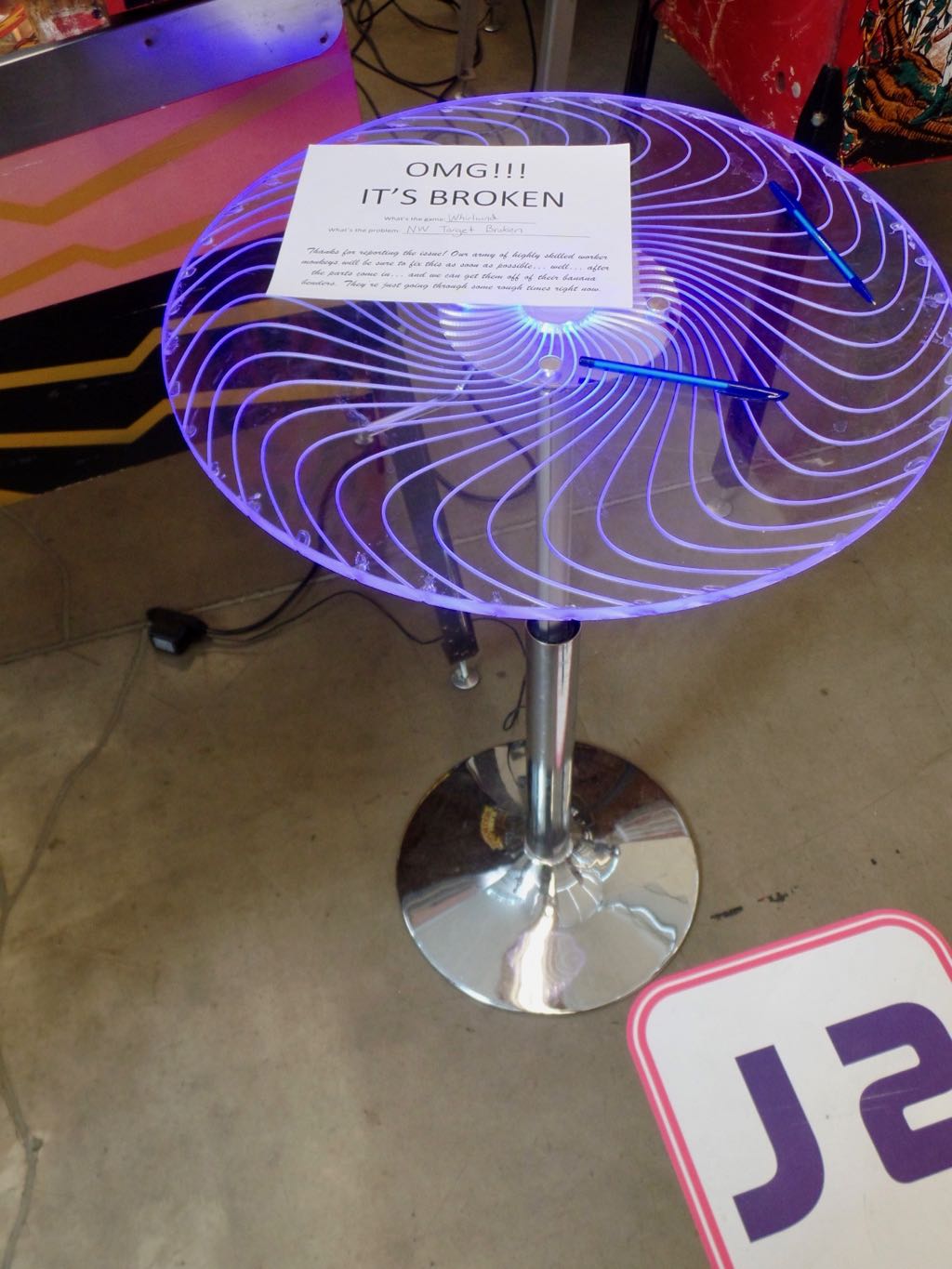 I see no way in which this table is broken. It's even got lights working and everything on it!

Trivia: The bear market on the New York Stock Exchange that started in 1929 lasted only two and a half months. Source: The Great Game, John Steele Gordon.

Currently Reading: Barnaby, Volume 1, Crockett Johnson. Reprinting of the 1940s comic strip by the guy behind the Harold And His Purple Crayon books.