I guess it just wasn't my night

Neither of us made playoffs. A couple Michigan pinball players did, although none of the folks in our core groups. So, we could sleep in some, get down to ReplayFX, watch what parts of Pinburgh were still on, that kind of thing. Here's what it looked like: 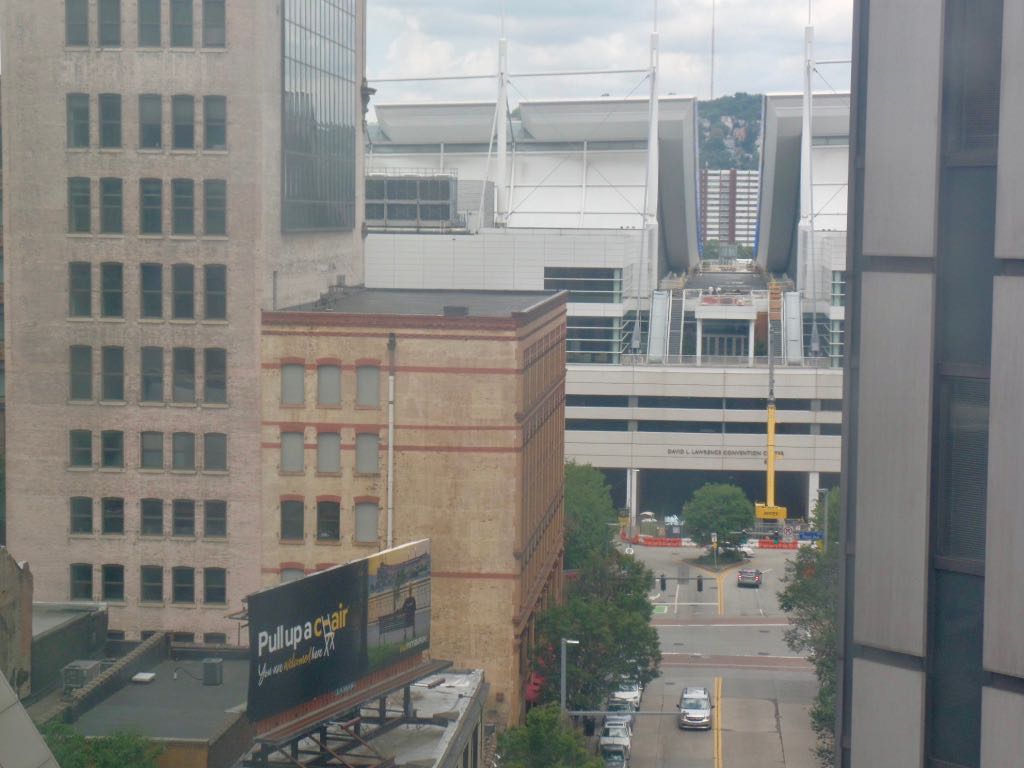 Oh, so that's what it looks like in the light. Early Saturday photo repeating those first shots of Pittsburgh by night, Wednesday. 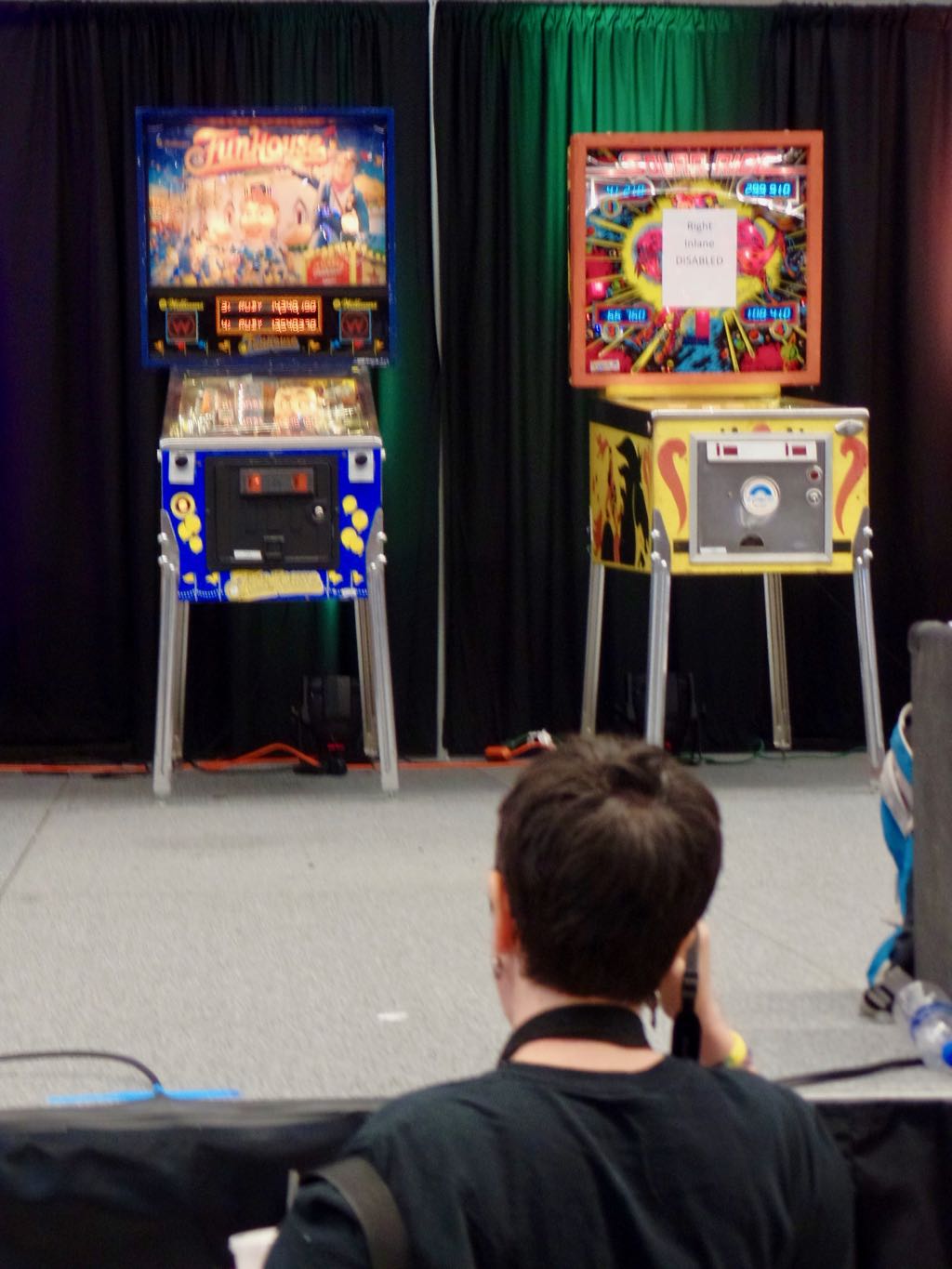 bunny_hugger is excited to see FunHouse part of the A Division finals for Pinburgh 2019. 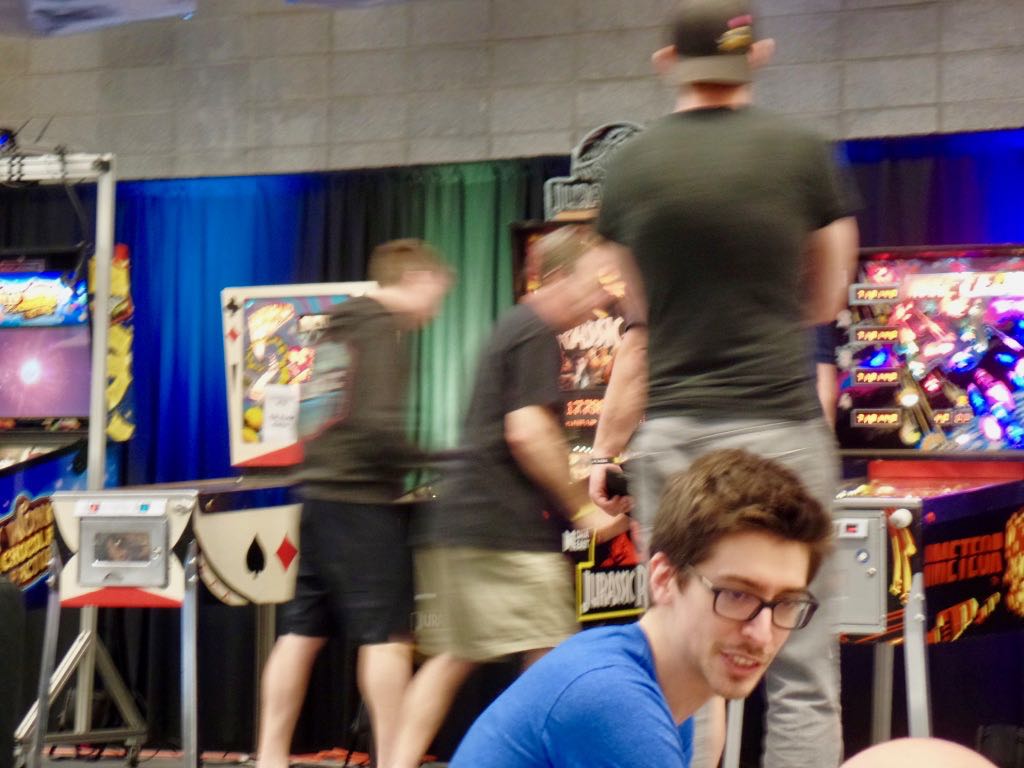 A lot of people don't know it but in A Division finals you're not just allowed to tackle your opponents, you're expected to! 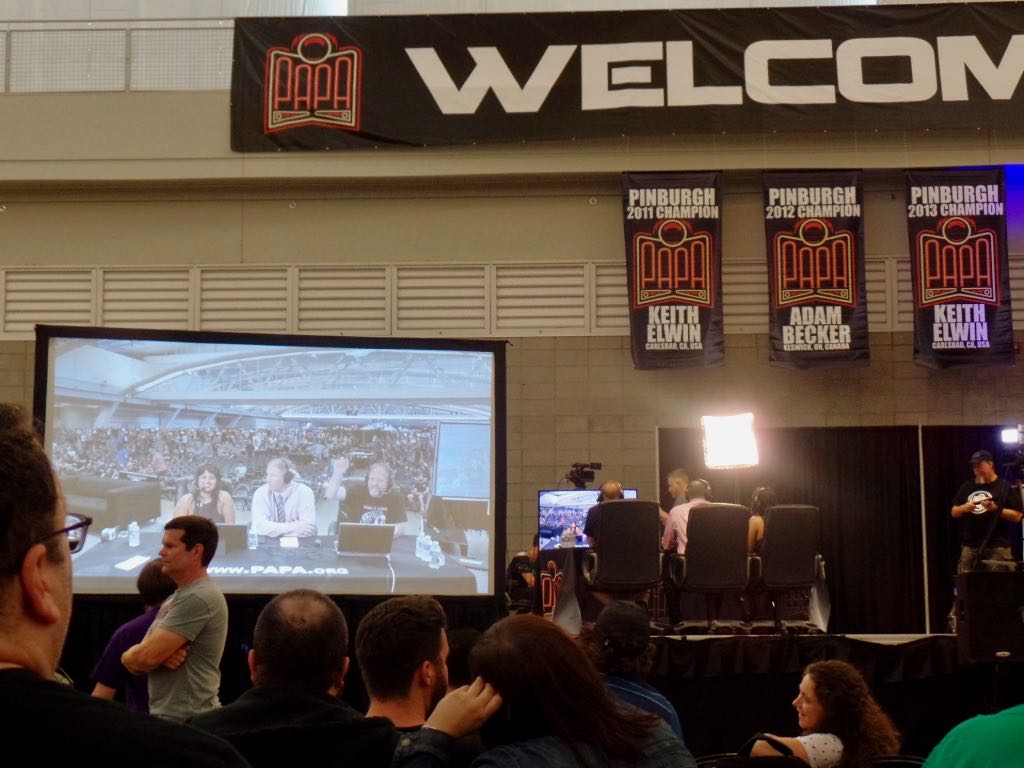 Color commentary! Not only were the Pinburgh A Division finals broadcast on the Internet (I believe you can watch the whole things on YouTube yet) but they even had panelists talking about what was happening. 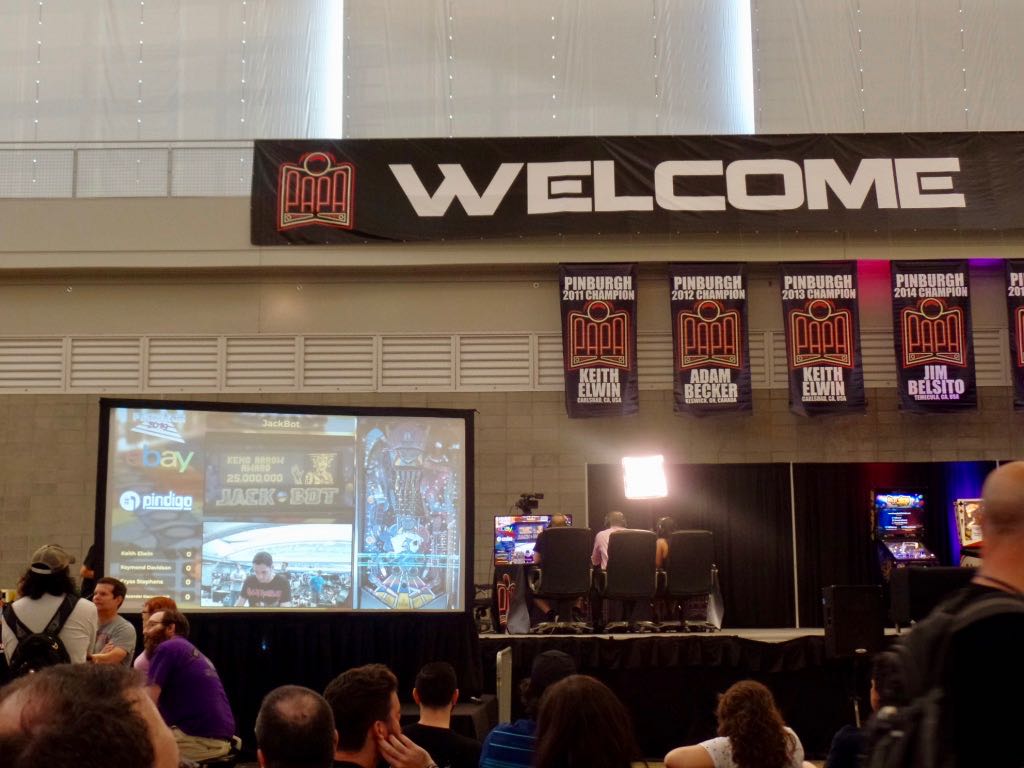 Finals, along with the streamed footage. So here's an ethical question: is it fair to competitors that the commenters might be talking about strategy --- and what shots a person needs to make to hit an achievement --- where the players can hear? Sure, you don't get to A Division finals without knowing games very well, but, you could easily forget something in the heat of the moment, or be playing a game you don't really know, and so you get these tips other people might not have. 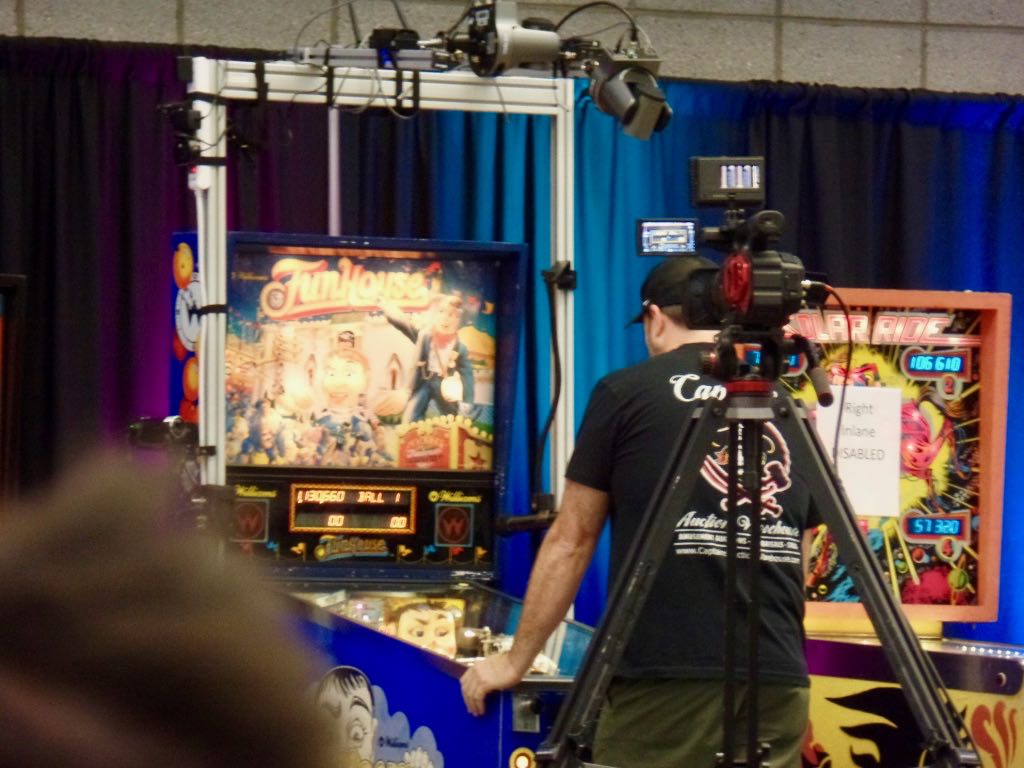 FunHouse in action. You can see the rigging used for streaming the games, including three mounted cameras and a microphone dangling near the speaker. 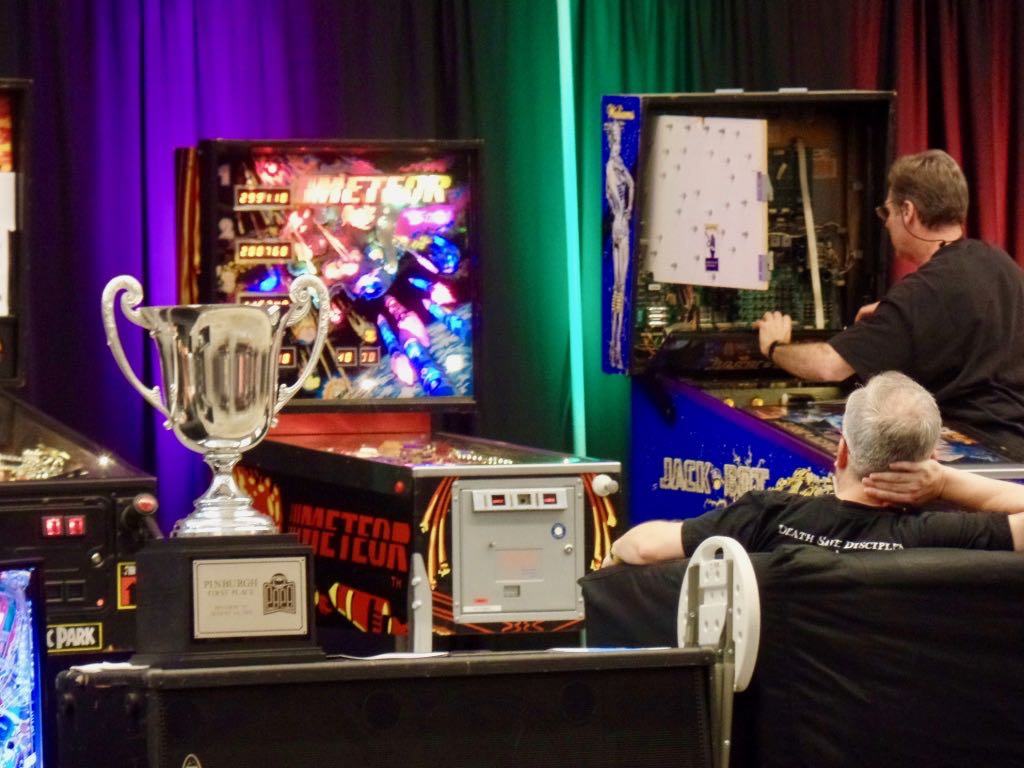 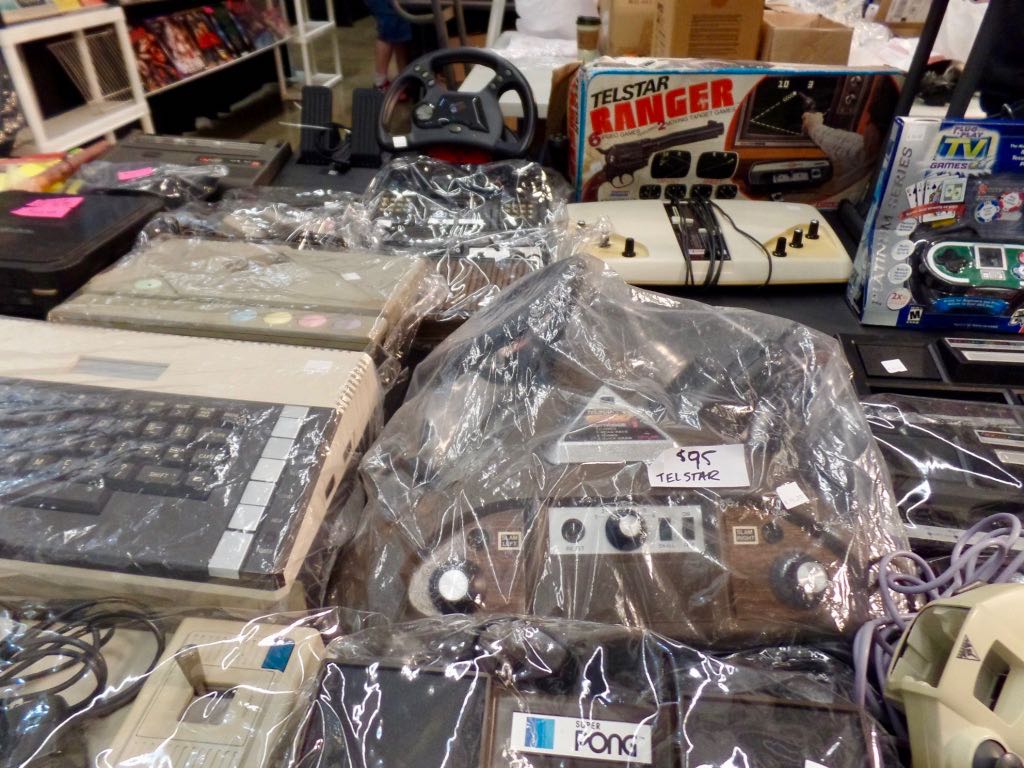 A Division finals wouldn't end until November. So here let's prowl around the merch tables. There's a lot of vintage hardware on sale and here's some old Pong, Telstar, an Atari 800 XL, all sorts of neat stuff. 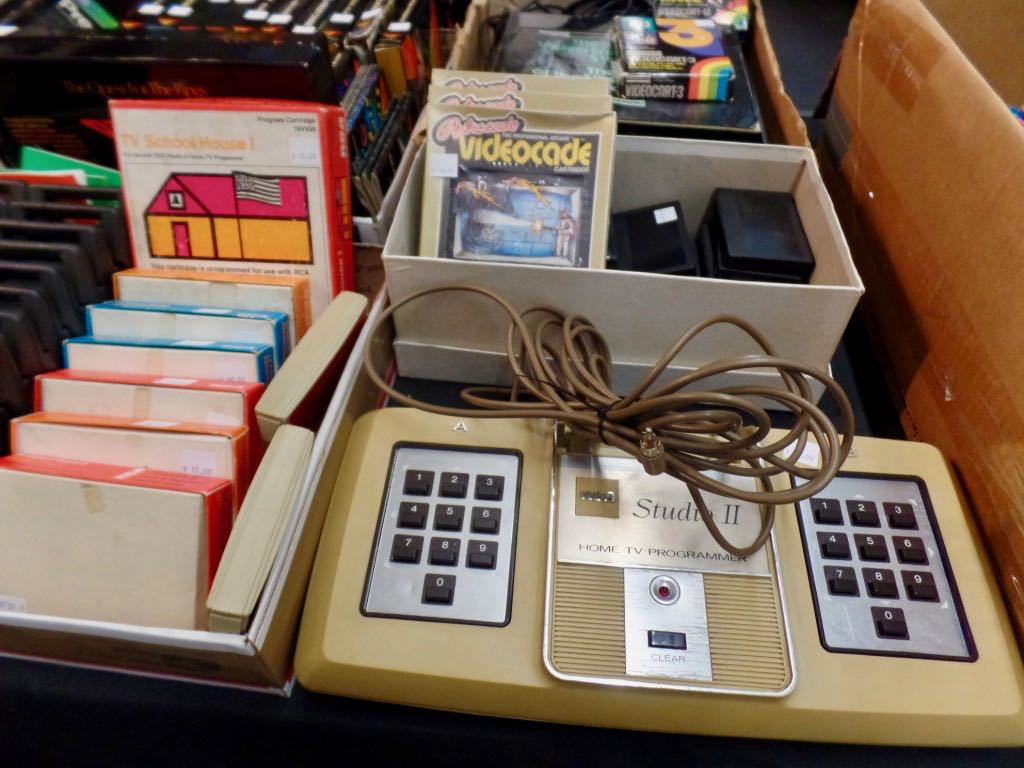 Wow, an RCA Studio II? That's ... something I never heard of either! 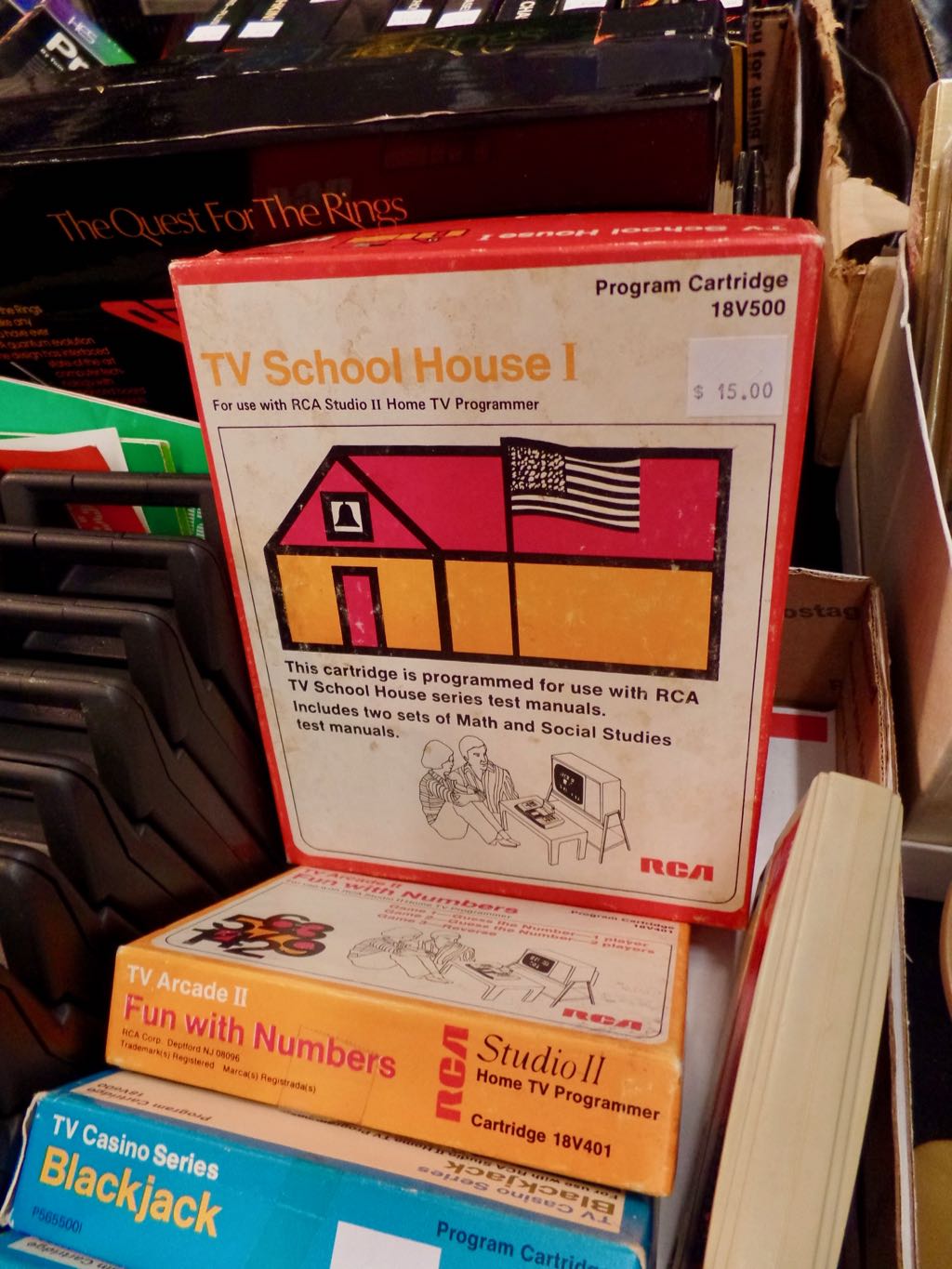 But wow, that Program Cartridge aesthetic? That is so very much my childhood even if we never had this or anything particularly like this. 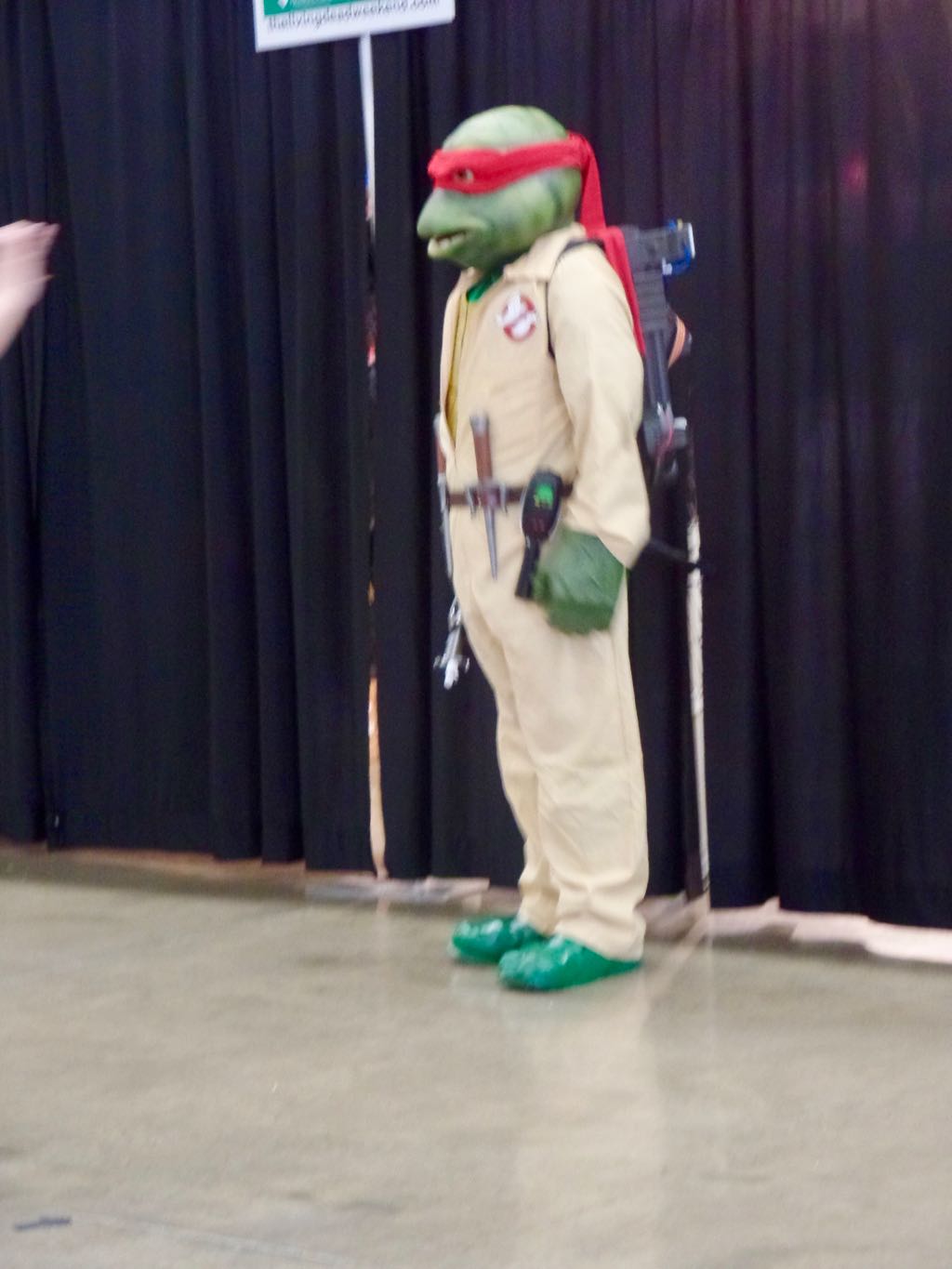 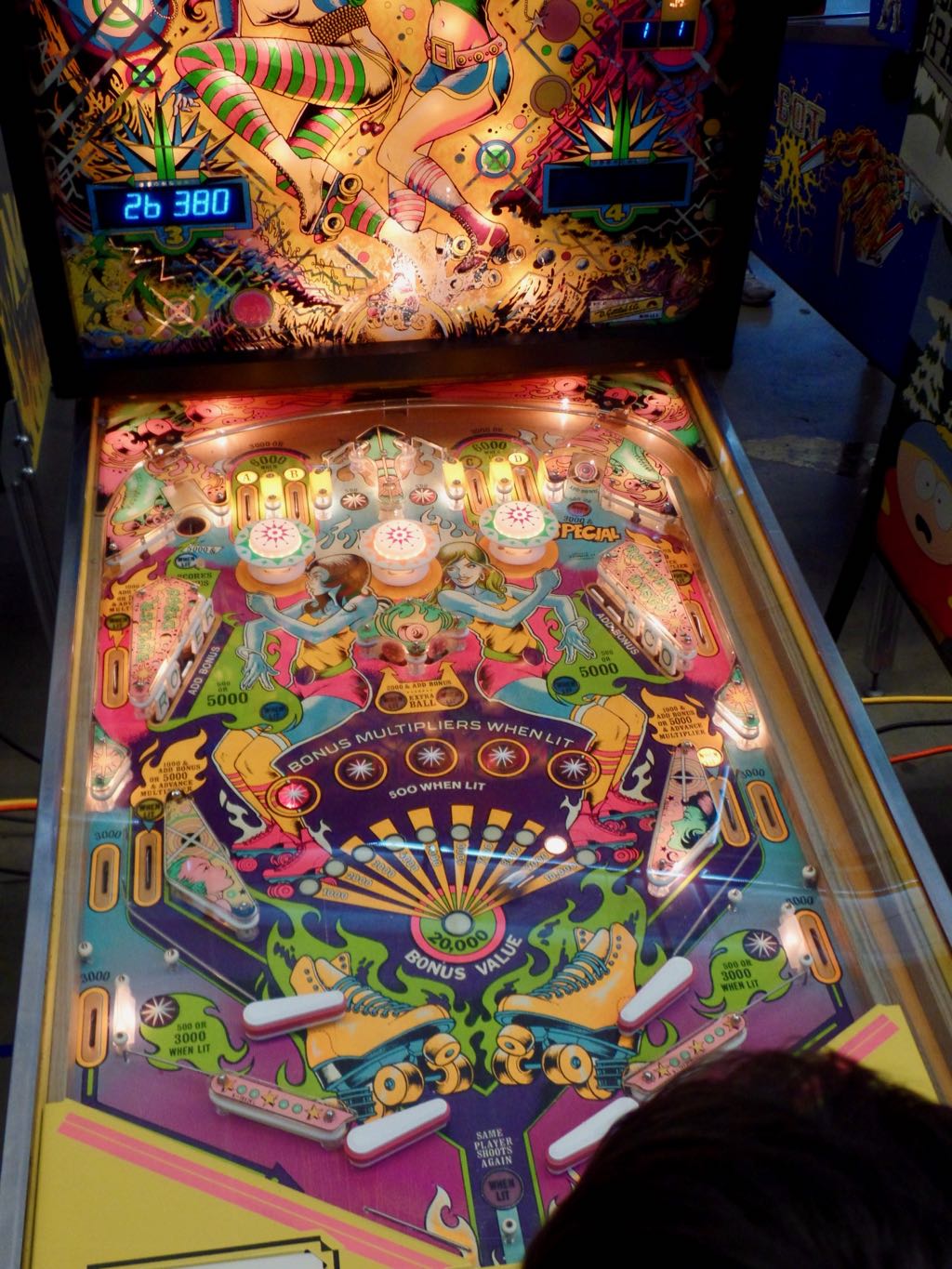 bunny_hugger enjoying Disco Queen, one of the free-play-area games, from that era where they were trying out extra-wide tables and sometimes two rows of flippers. The game is okay but the art style is really amazing.

Trivia: In 1839 Nicholas Biddle retired from the Bank of the United States of Philadelphia --- formerly the Second Bank of the United States, the de-federalizing of which was among the causes of the great Depression of 1837 --- claiming ill health, but hoping to run for President in 1840. The country was not ready to elect a bank president. Source: The Money Men: Capitalism, Democracy, and the Hundred Years' War over the American Dollar, H W Brands.