I lost on Jeopardy, baby

Personally quiet day so let me just stop in to share What's Going On In Prince Valiant? When was Camelot attacked by kaiju? August - October 2020 in my story comic recaps.

And in mathematics, Denise Gaskins hosted the 142nd Playful Mathematics Education Blog Carnival so see if you care to read that.

And now let me finish off sharing the Tattoo Assassins character bios and some of the backstory. No, I did not play the game. Why would you think I'd play a video game? 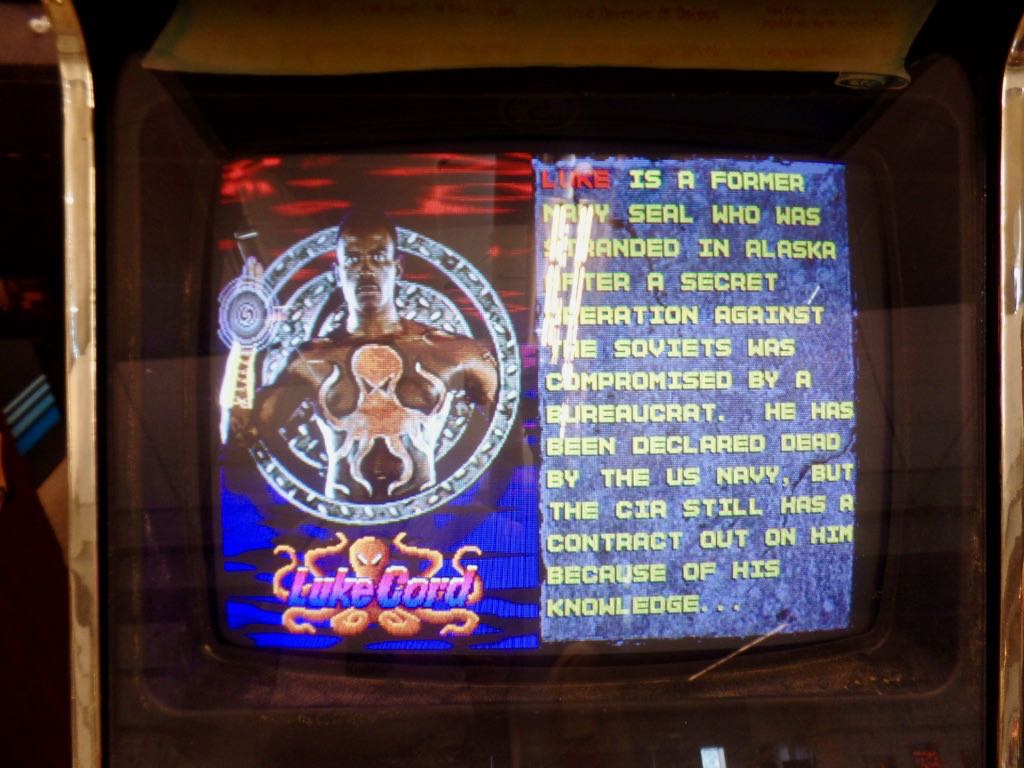 ``LUKE [ Cord ] is a former Navy Seal who was stranded in Alaska after a secret operation against the Soviets was compromised by a bureaucrat. He has been declared dead by the US Navy, but the CIA still has a contract out on him because of his knowledge ... '' There is a whole course in mass media and its role in the rise of fascism and the normalization of the surveillance state, with a bonus about racism and the ways Black figures are suborned to their own oppression, to be made out of this screen. 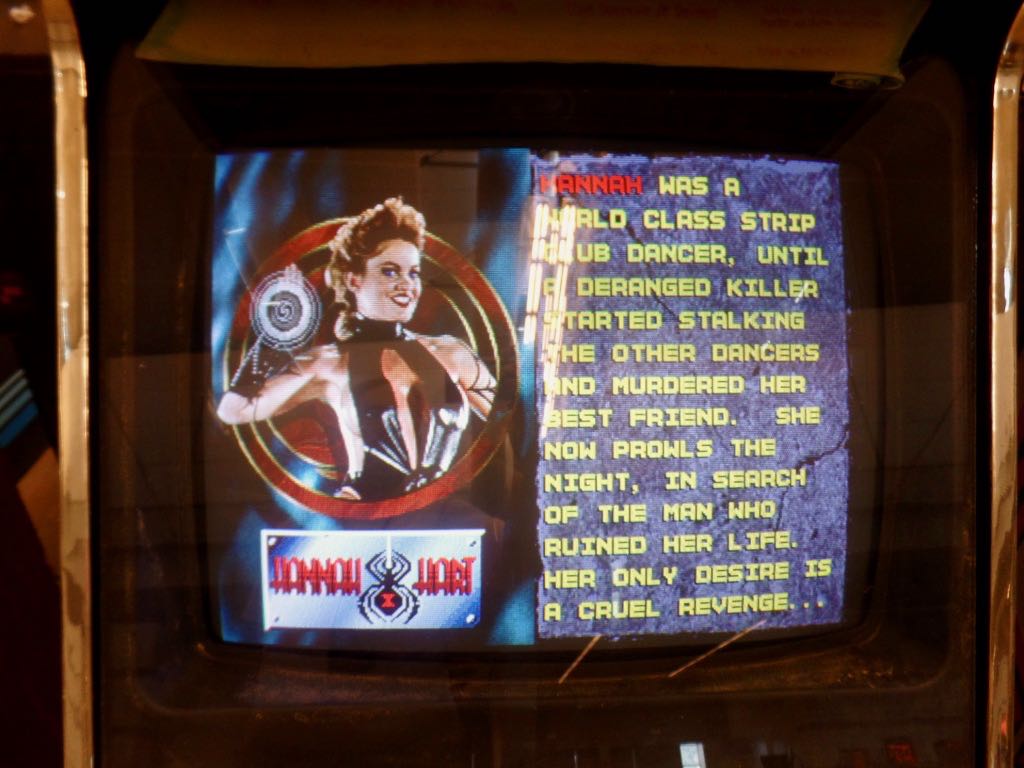 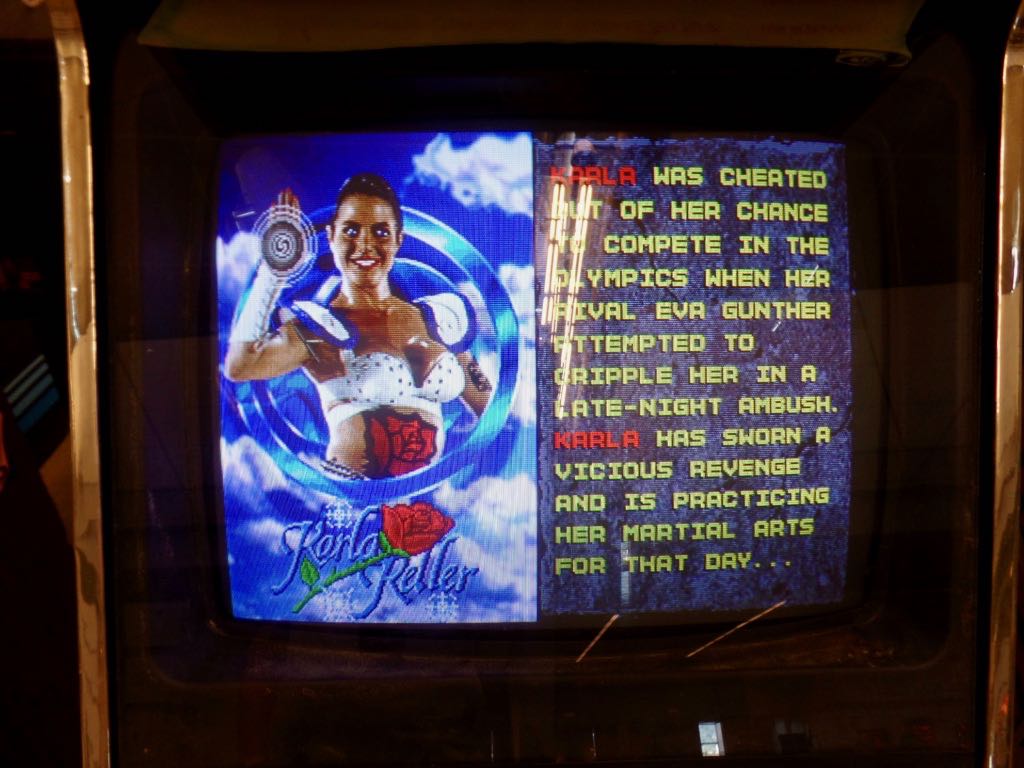 ``KARLA [ Reller ] was cheated out of her chance to compete in the Olympics when her rival Eva Gunther attempted to cripple her in a late-night ambush. KARLA has sworn a vicious revenge and is practicing her martial arts for that day ... '' OK, so first: yeah, like the Olympics would allow a woman with a tattoo to compete. And second: I don't know what's wrong with her breasts but they need urgent repair. 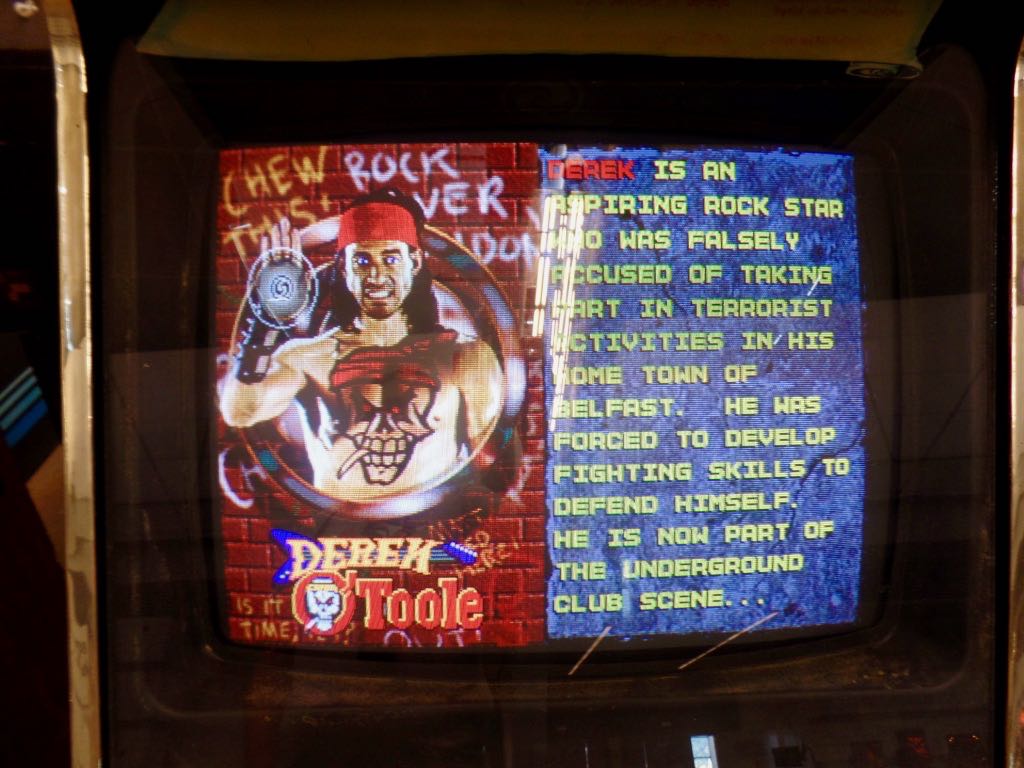 ``DEREK [ O'Toole ] is an aspiring rock star who was false accused of taking part in terrorist activities in his home town of Belfast. He was forced to develop fighting skills to defend himself. He is now part of the underground club scene ... '' What is it with Americans trying to write Irish characters? 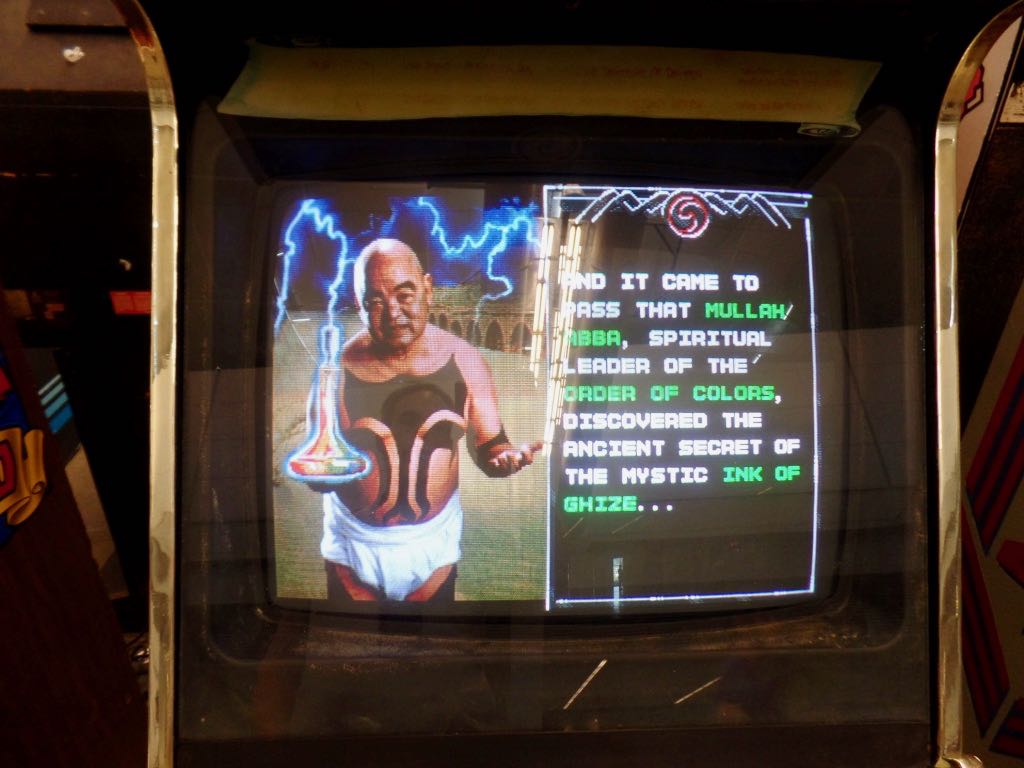 General backstory. ``And it came to pass that MULLAH ABBA, spiritual leader of the ORDER OF COLORS, discovered the ancient secret of the mystic INK OF GHIZE ... '' Ah yes, Mullah Abba, who's behind classic songs like ``People Needle Love'' or ``Dotterloo'' or ``The Winner Tats It All''. 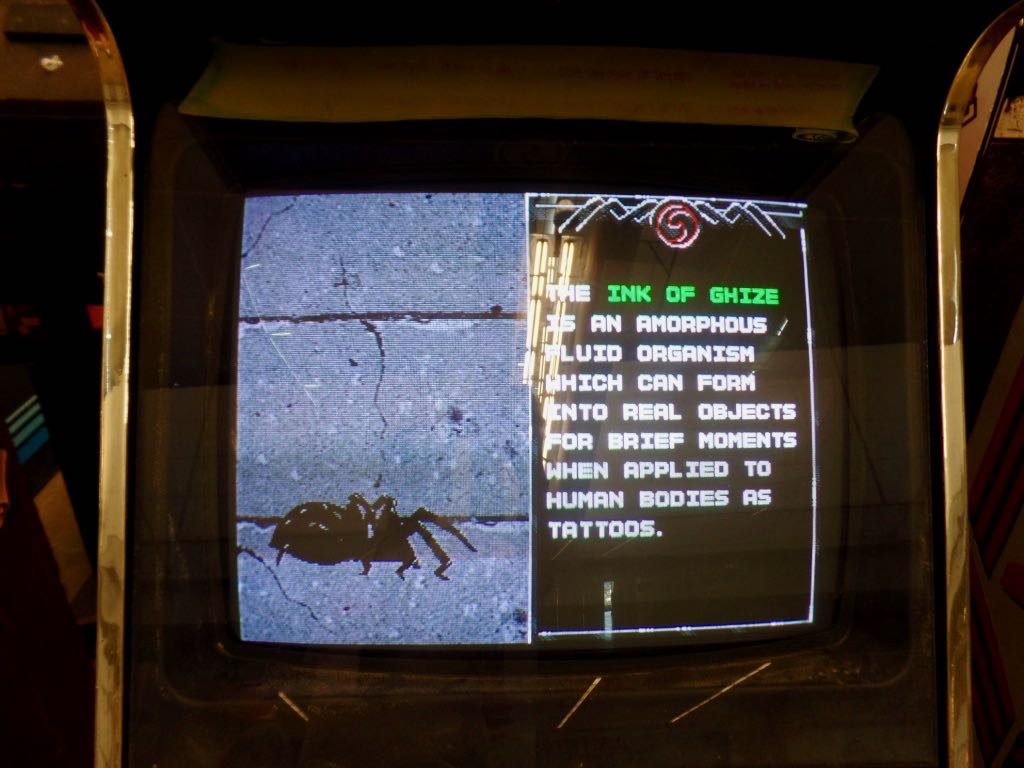 ``The INK OF GHIZE is an amorphous fluid organism which can form into real objects for brief moments when applied to human bodies as tattoos''. What are the chances that, had this game gone to release, that sentence would have been edited into a thing it could have meant to say? 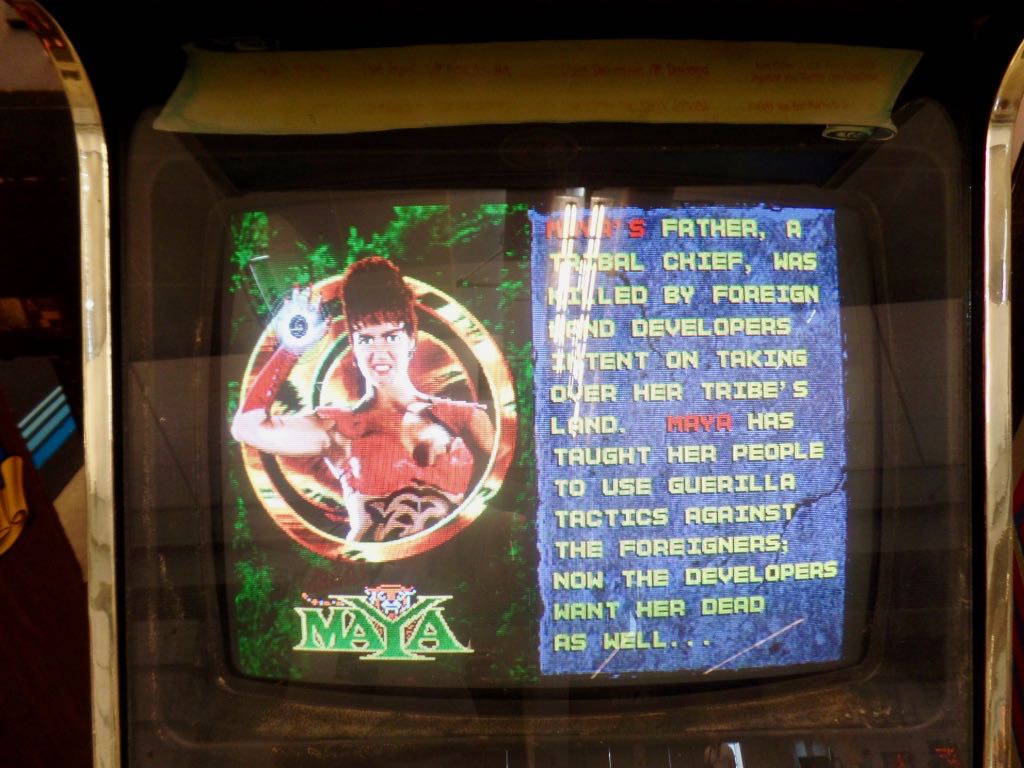 ``MAYA's father, a tribal chief, was killed by foreign land developers intent on taking over her tribe's land. MAYA has taught her people to use guerilla tactics against the foreigners; now the developers want her dead as well ... '' 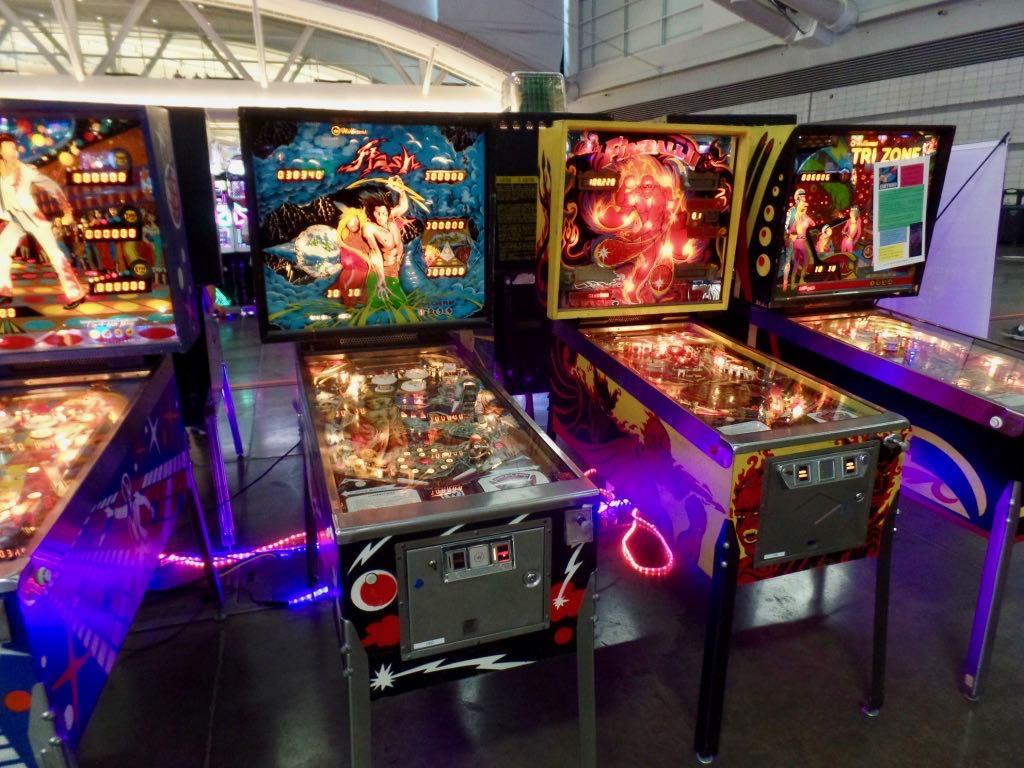 So here's some nice normal and comparatively non-sexist, non-ethnically-ugly pinball. The Tri-Zone at the end is physically the same as ours, but its chips have been modded so it's now a Simon game. The game will flash the lights in front of a string of the four (separate) drop targets, and you have to hit them in the same order. It's quite challenging. 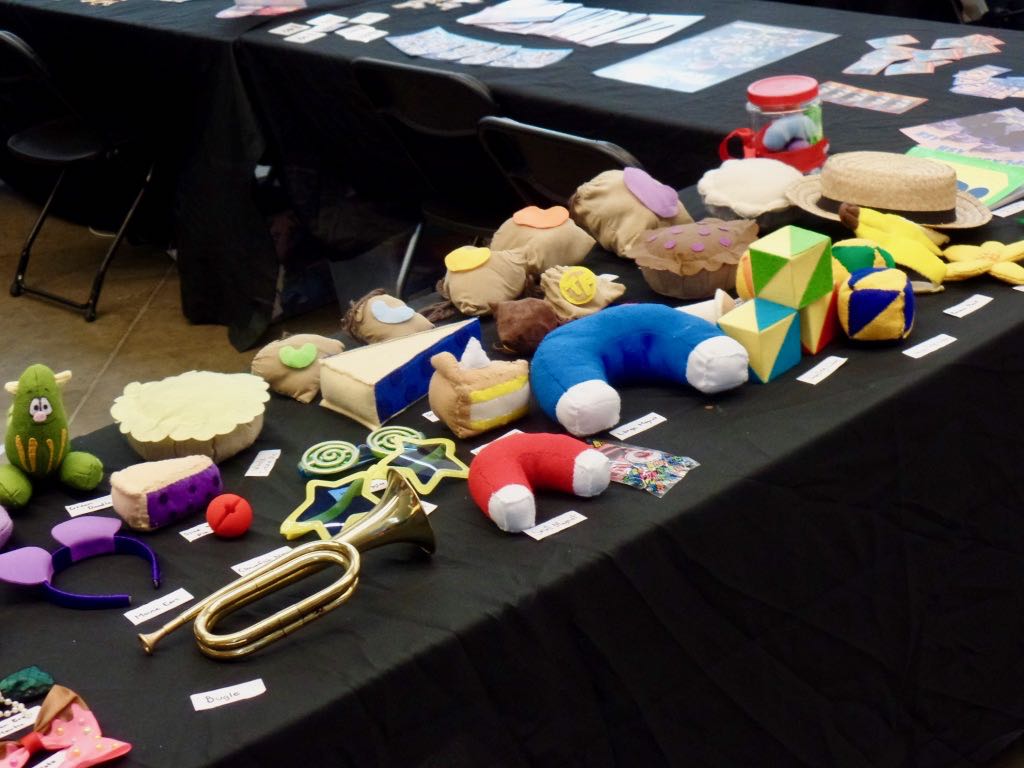 Toontown Rewritten's table of props. Note Royce's straw hat is one of them. 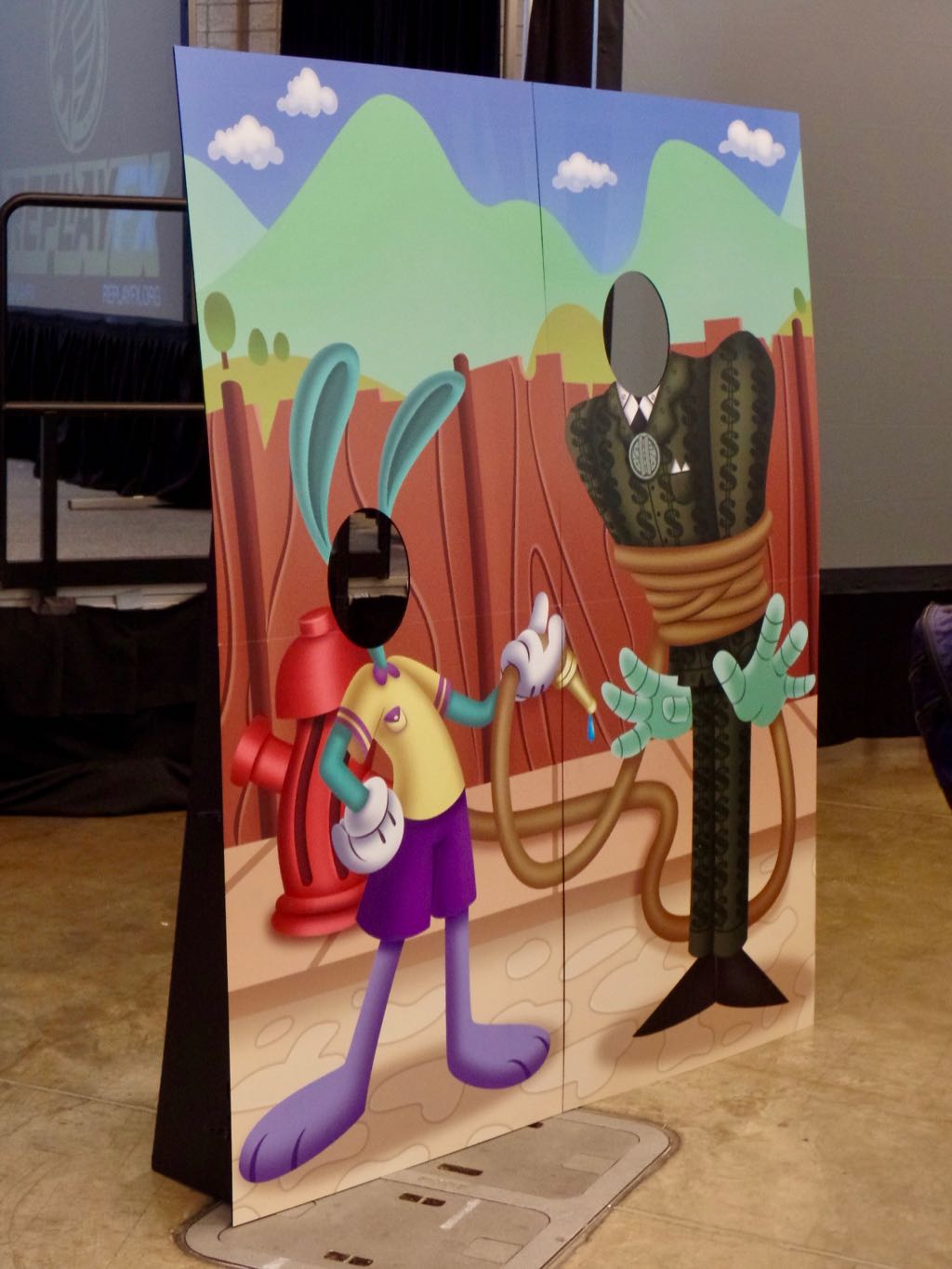 Comic scenery panel for Toontown Rewritten, so, yeah, the game almost looks interesting enough to make me think about remembering it outside looking at these pictures. 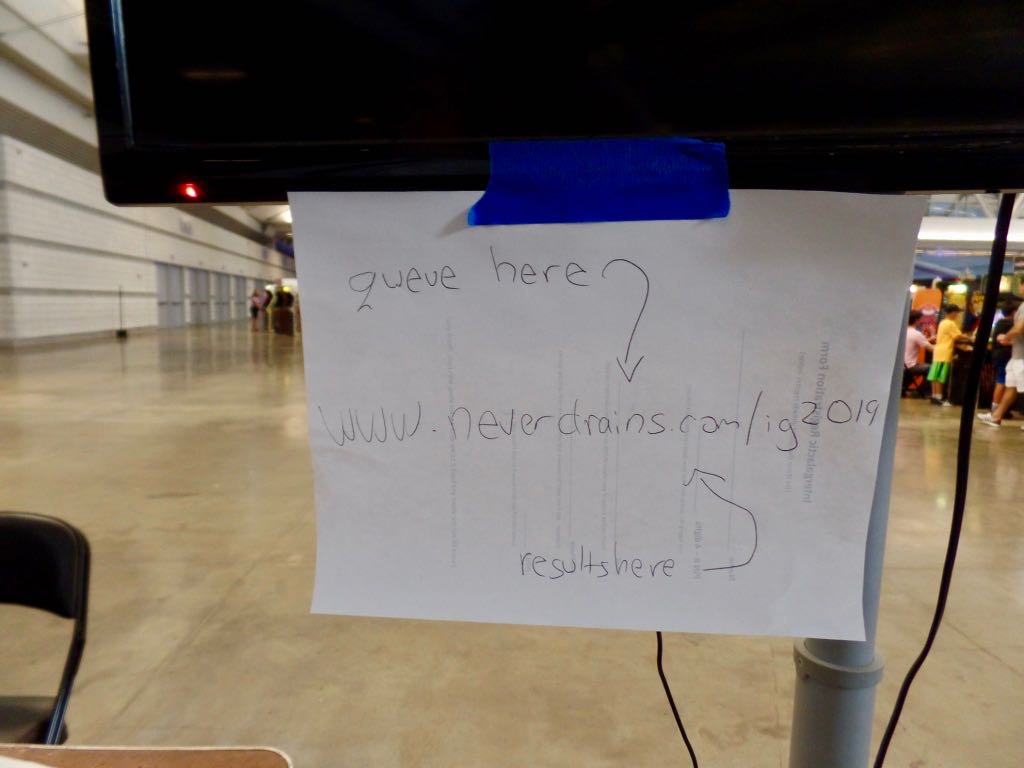 Monitor with the information about how to enter games for the Intergalactic Pinball Tournament. This was Sunday, so qualifying was long since over, and in fact finals had begun by the time I took this picture. But I like how this sign was something they realized quite belatedly that they needed. 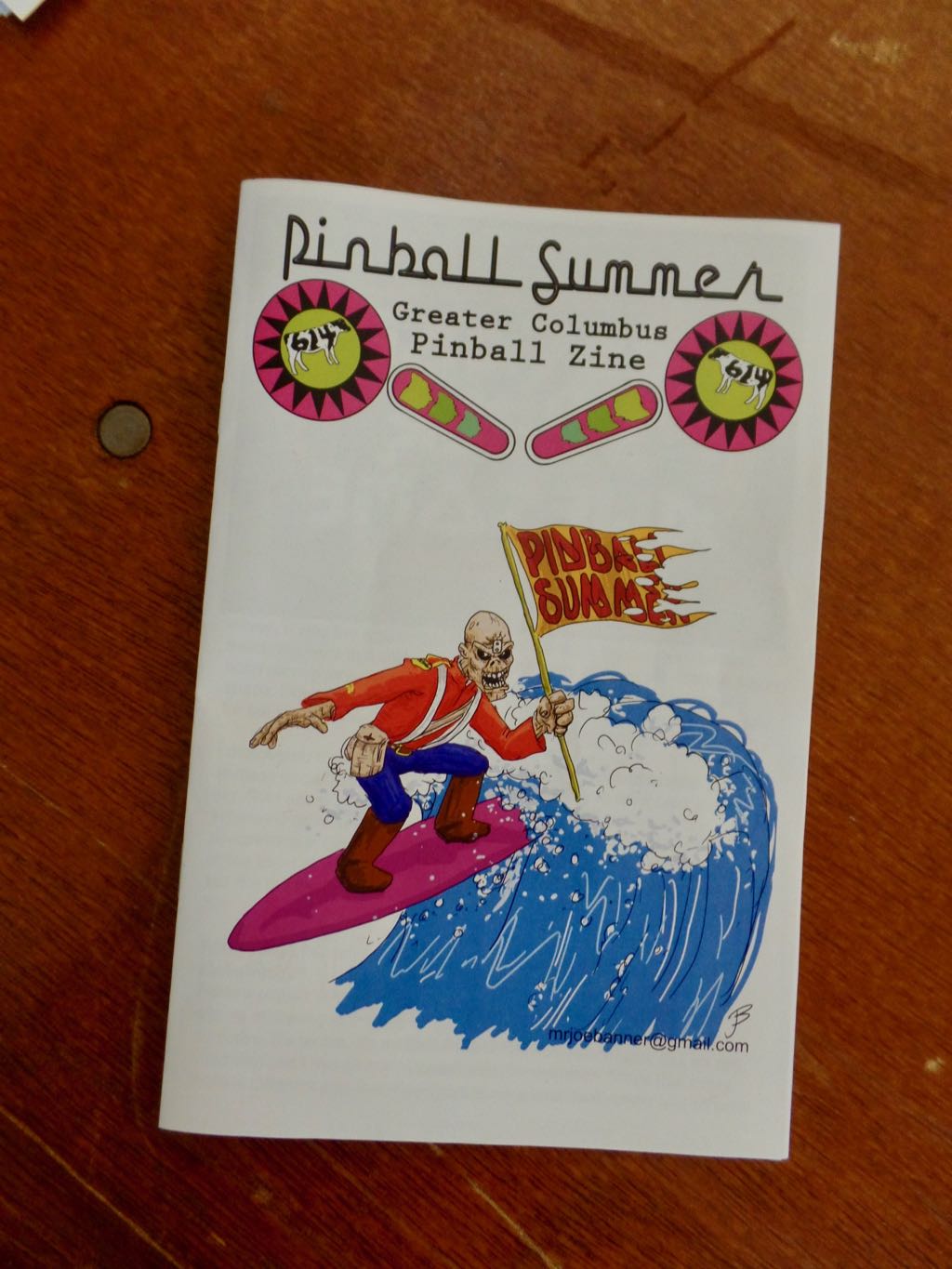 Zines! They got them. Pinball Summer is a reference to a fairly bad Canadian movie from the early 80s which does, must be said, include some fairly legitimate-looking pinball action that revealed, for example, that trapping was a bigger part of the game back then than we had understood it to be.

Trivia: For the 1889 World's series, the National League's New York Baseball Club [ the Giants ] and the American Association's Brooklyn team [ the Bridegrooms, often called ] agreed to play a best-of-eleven series. With, after the bad experiences of 1887 and 1888, the stipulation that the series ended once the outcome was decided. Source: The Beer and Whiskey League: The Illustrated History of the American Association --- Baseball's Renegade Major League, David Nemec.